Light the virtual candle
gallery
Edit the description of the cemetery
add photos
number of votes 0
A beautiful cemetery
Return to the main page
Cemetery of the Heroes of Bydgoszcz - a martyrdom necropolis in Bydgoszcz. [source: Wikipedia, 1941096]
Location
The cemetery is located in the eastern part of the park on WzgÃ³rze WolnoÅ›ci in Bydgoszcz. [source: Wikipedia, 1941096]
History
The cemetery of the Heroes of Bydgoszcz was founded in 1946 in the area of 0.66 ha . It is located in a place where from 1913 there was a Bismarck tower, renamed the Freedom tower in 1920 and blown up in 1928 by the decision of the Bydgoszcz city council, because it was considered a symbol of Prussian nationalism . The necropolis hides the body of 1169 inhabitants of Bydgoszcz murdered during the Nazi occupation in the city (including in the Old Market Square), in the Death Valley and in the suburban forests. These corpses were exhumed in 1946-1948 and were buried ceremoniously in the cemetery . [source: Wikipedia, 1941096]
Characteristic
At the central point of the necropolis there are urns with the ashes of 100 Bydgoszcz inhabitants shot in Otorowo in October 1939. At the cemetery buried, among others, of the city councilors shot on October 5, 1939: Kazimierz Beyer, Jan GÃ³ralewski and Eng. Tadeusz Janicki, dozens of teachers executed on November 1, 1939 in Death Valley and priests, representatives of free professions, craftsmen and workers. In the central part of the cemetery there are symbolic graves of the city's presidents from the interwar period murdered by the Nazis: Leon Barciszewski and Bernard ÅšliwiÅ„ski, journalist and councilor Konrad Fiedler, merchant Marian Maczuga, vice president MieczysÅ‚aw Nawrowski, commander of the Civil Guard StanisÅ‚aw PaÅ‚aszewski and parish priest JÃ³zef Schulz. Nearby there is a commemorative plaque and a urn with the ashes of Bydgoszcz inhabitants murdered in concentration camps . In the northern part of the cemetery there is a cross with a field altar, and in the north-west part, on a pedestal - a plaque commemorating the Jews of Bydgoszcz (1949, designed by Piotr Triebler). Near the cemetery gate there is a monument (from 1985) in honor of 50 soldiers and officers of the National Battalion of Bydgoszcz murdered in Boryszew near Sochaczew on September 22, 1939 for alleged participation in the so-called Bloody Sunday in Bydgoszcz on September 3, 1939 . The cemetery gate is a gift of Bydgoszcz craftsmen from 1967. It is decorated with the emblem of the Grunwald Cross and the coat of arms of the city of Bydgoszcz and two stylized crosses . [source: Wikipedia, 1941096]
gallery
⮜⮿⮞
••••
Wikipedia, Cemetery gates in Bydgoszcz, Cmentarz Bohaterów Bydgoszczy, Media with locations, Pages with maps, Self-published work 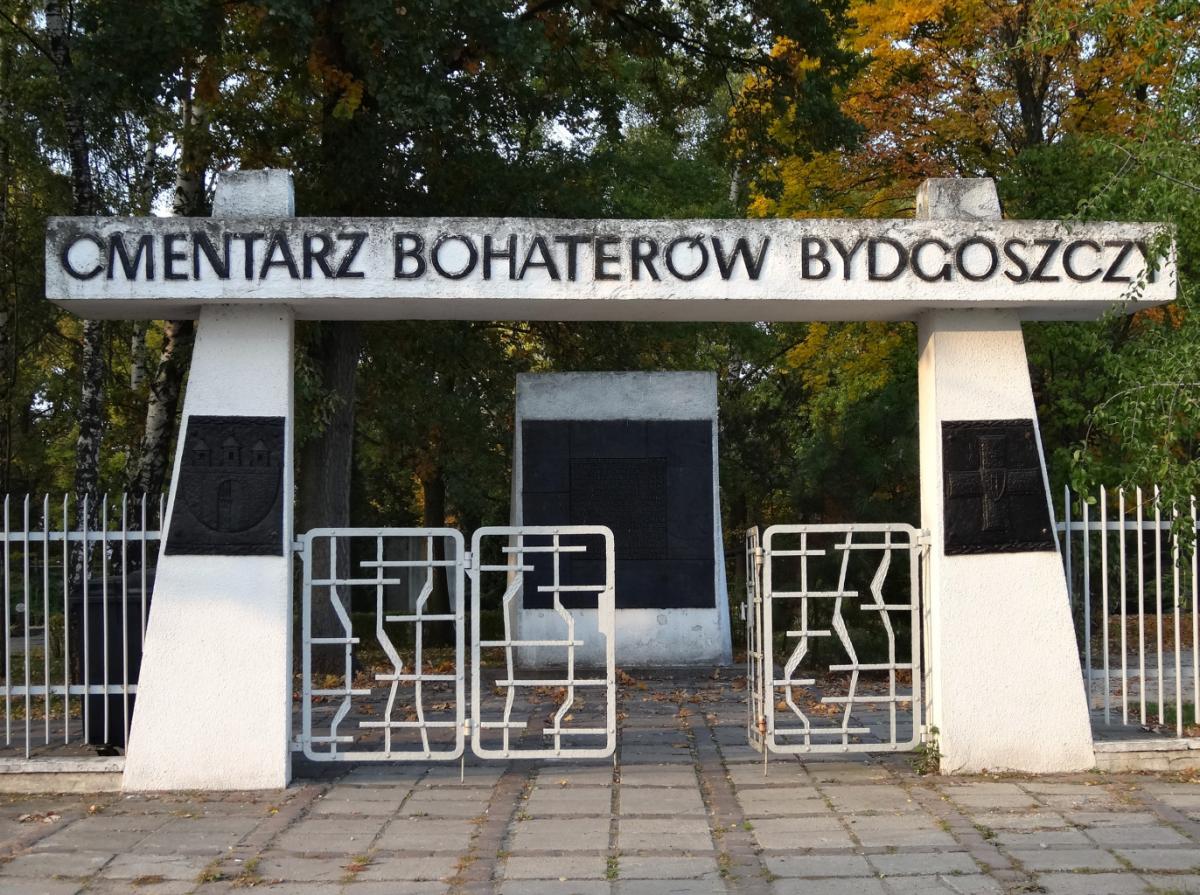 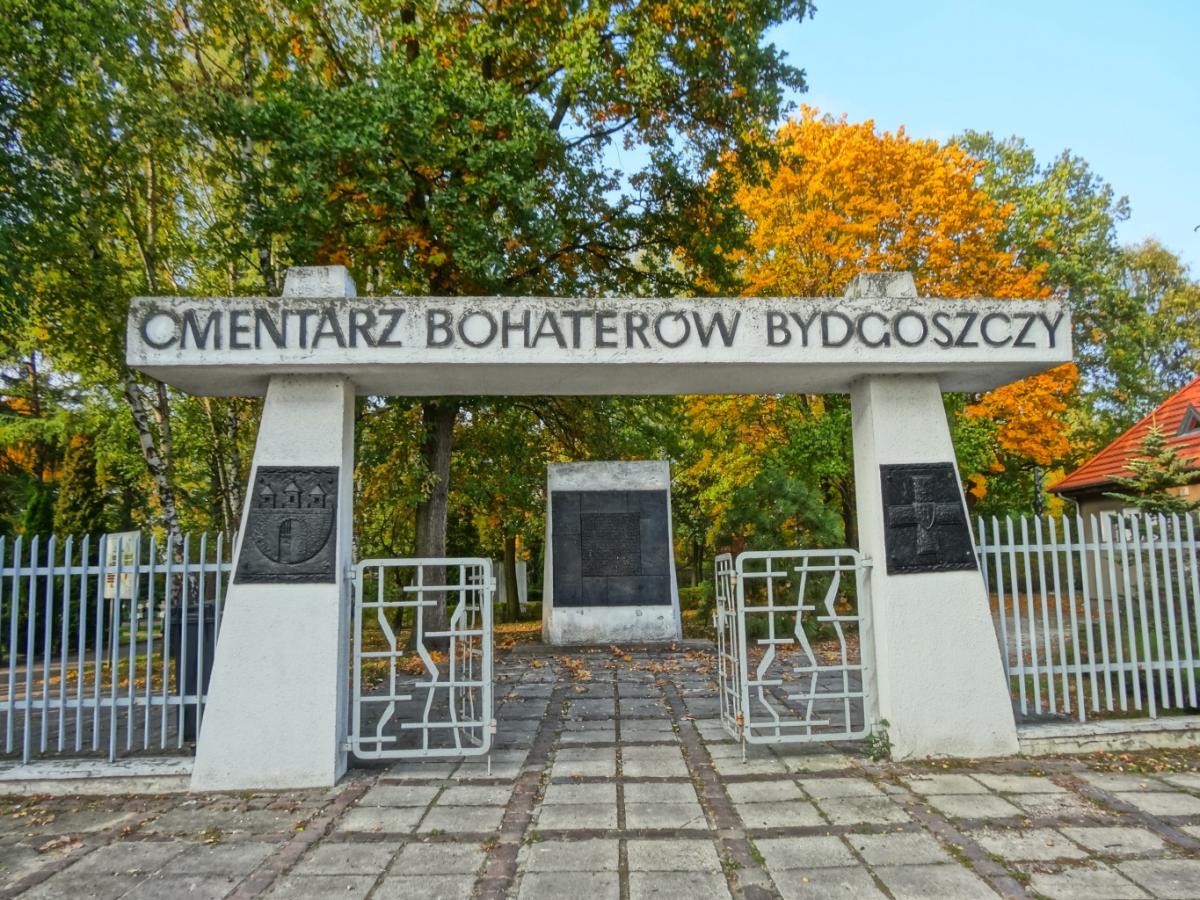 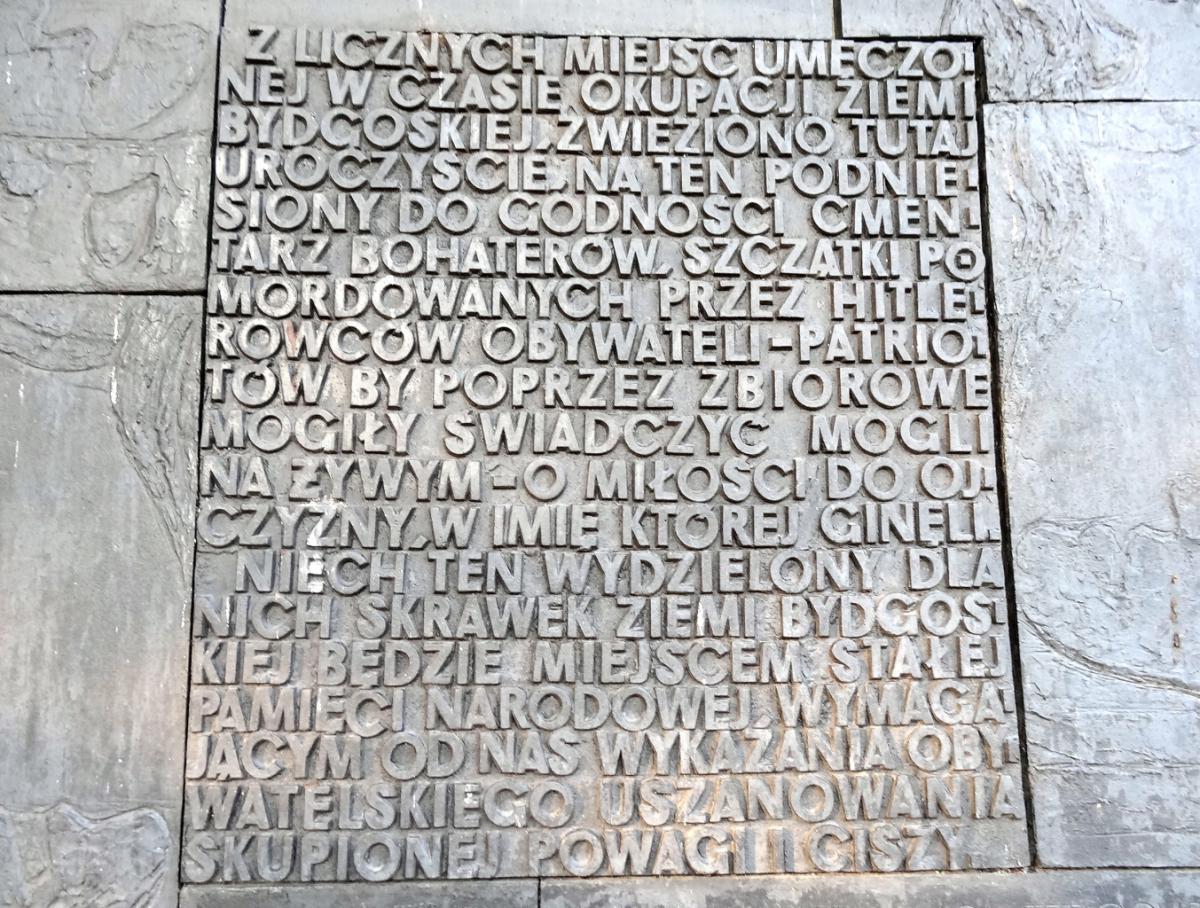 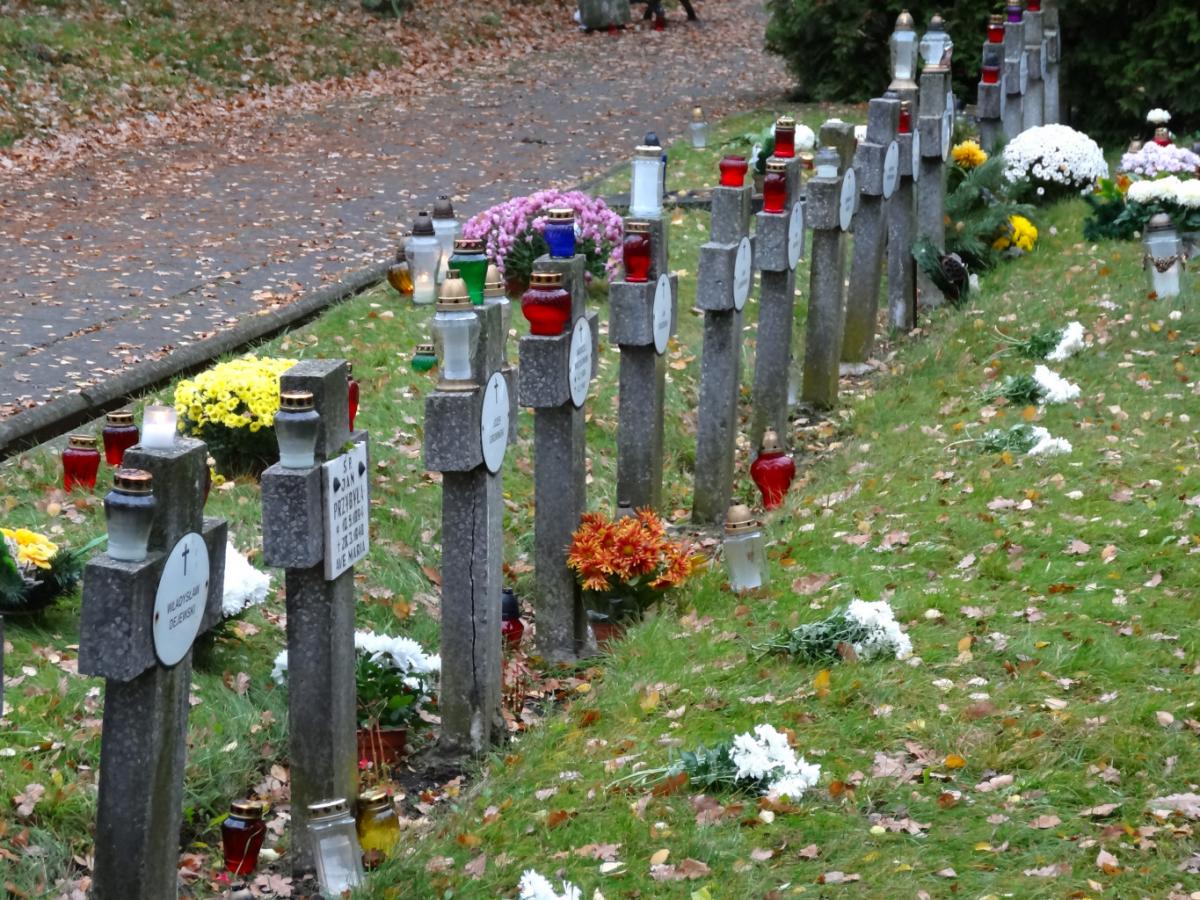 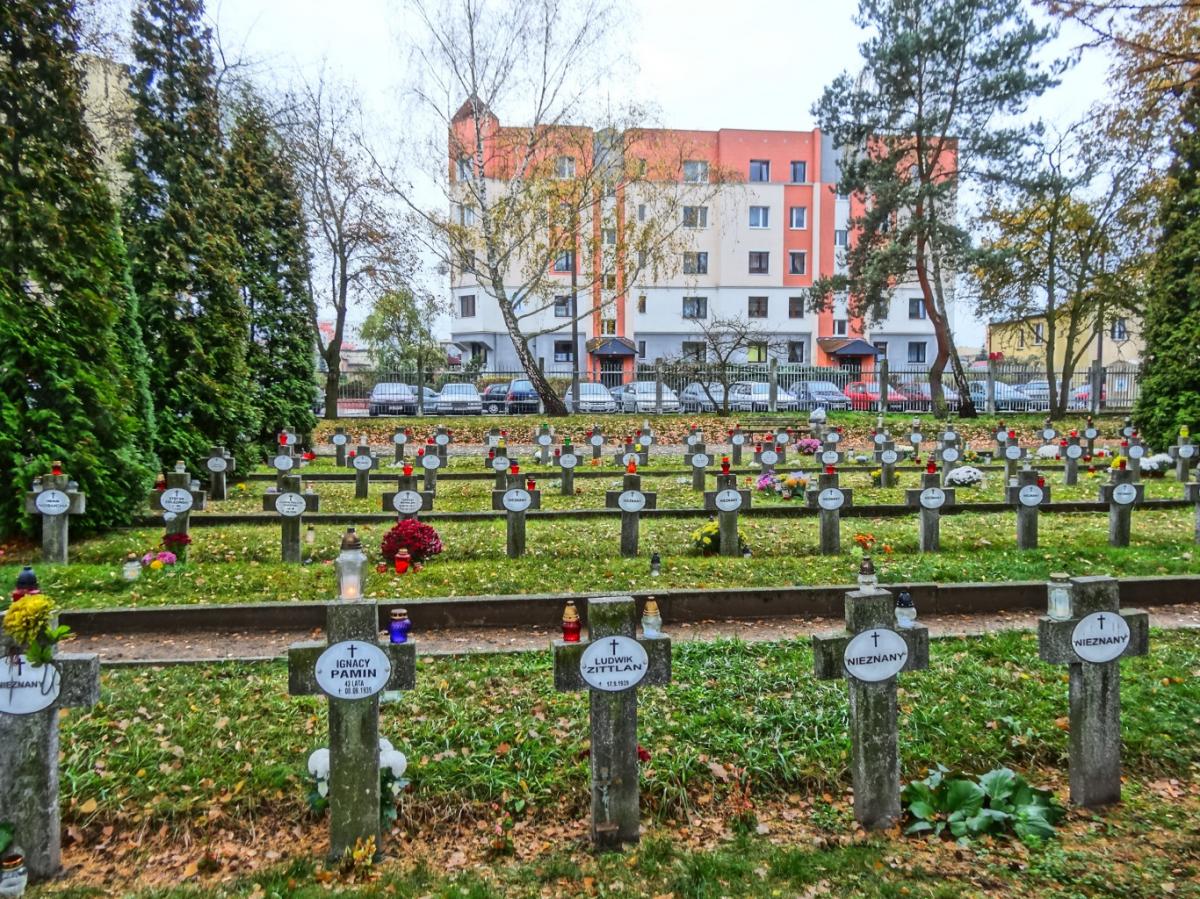 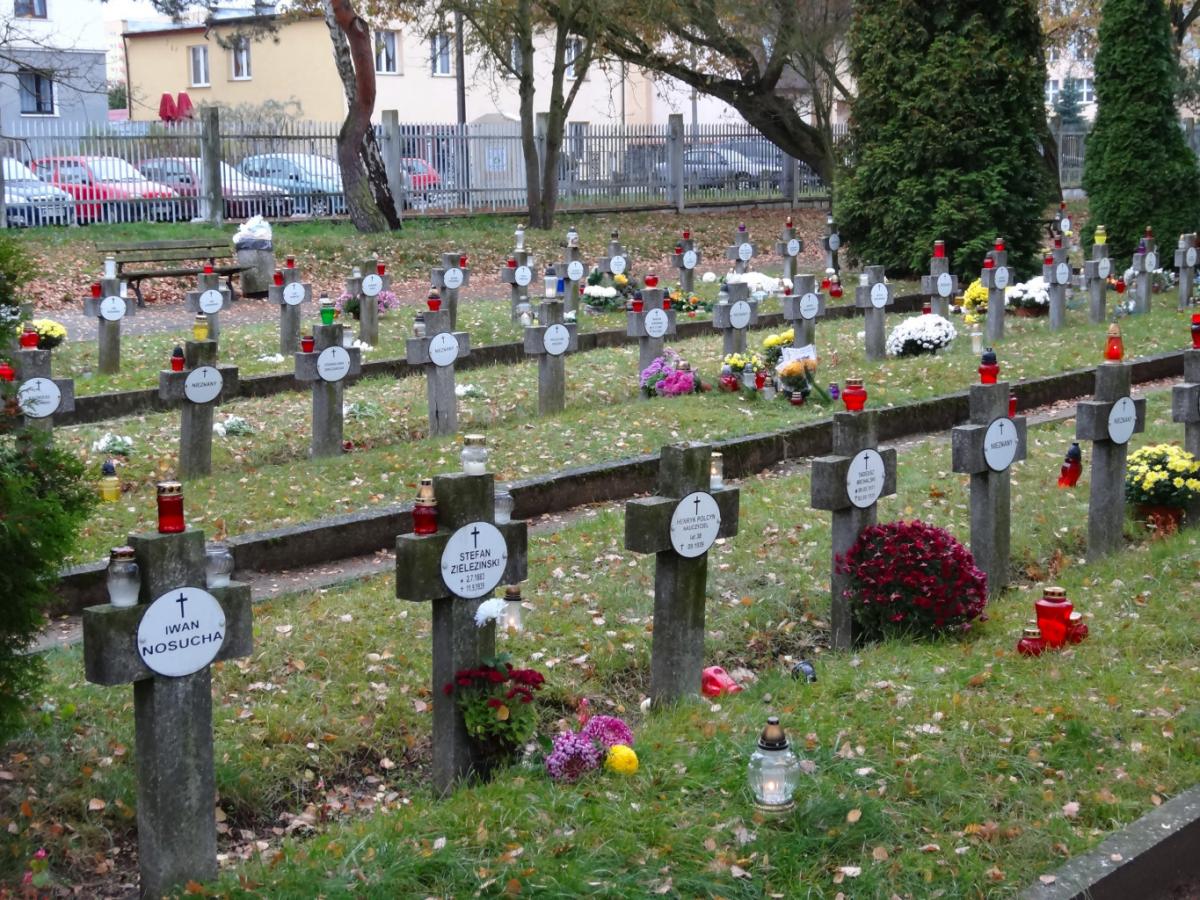 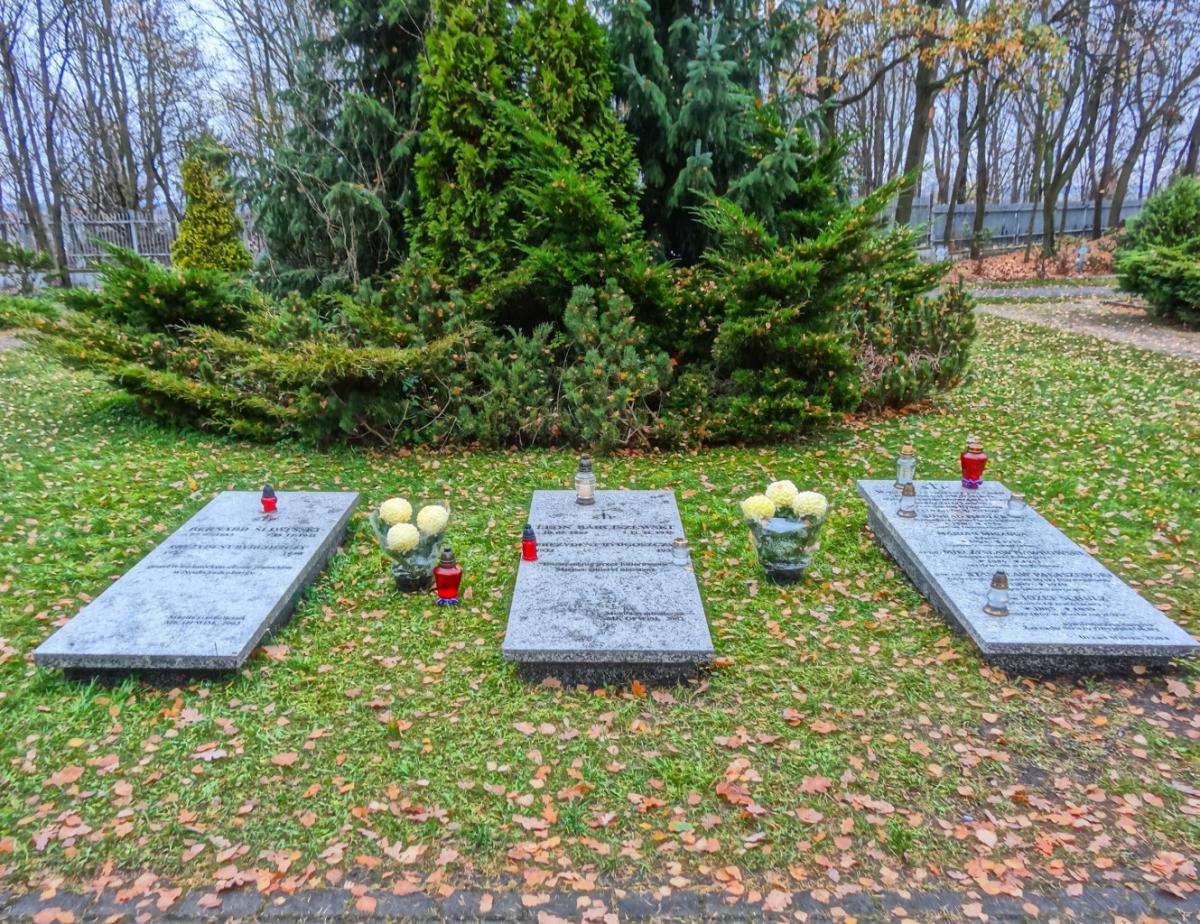 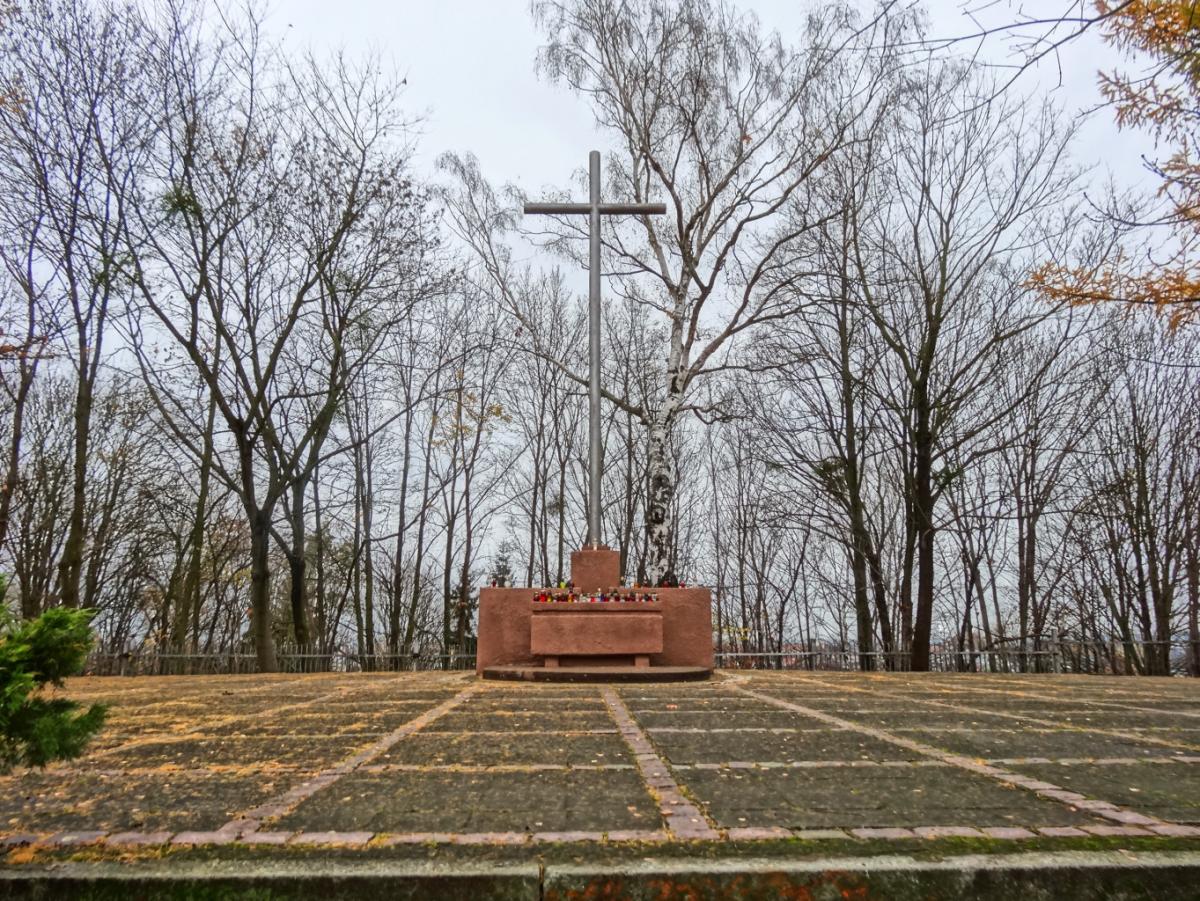 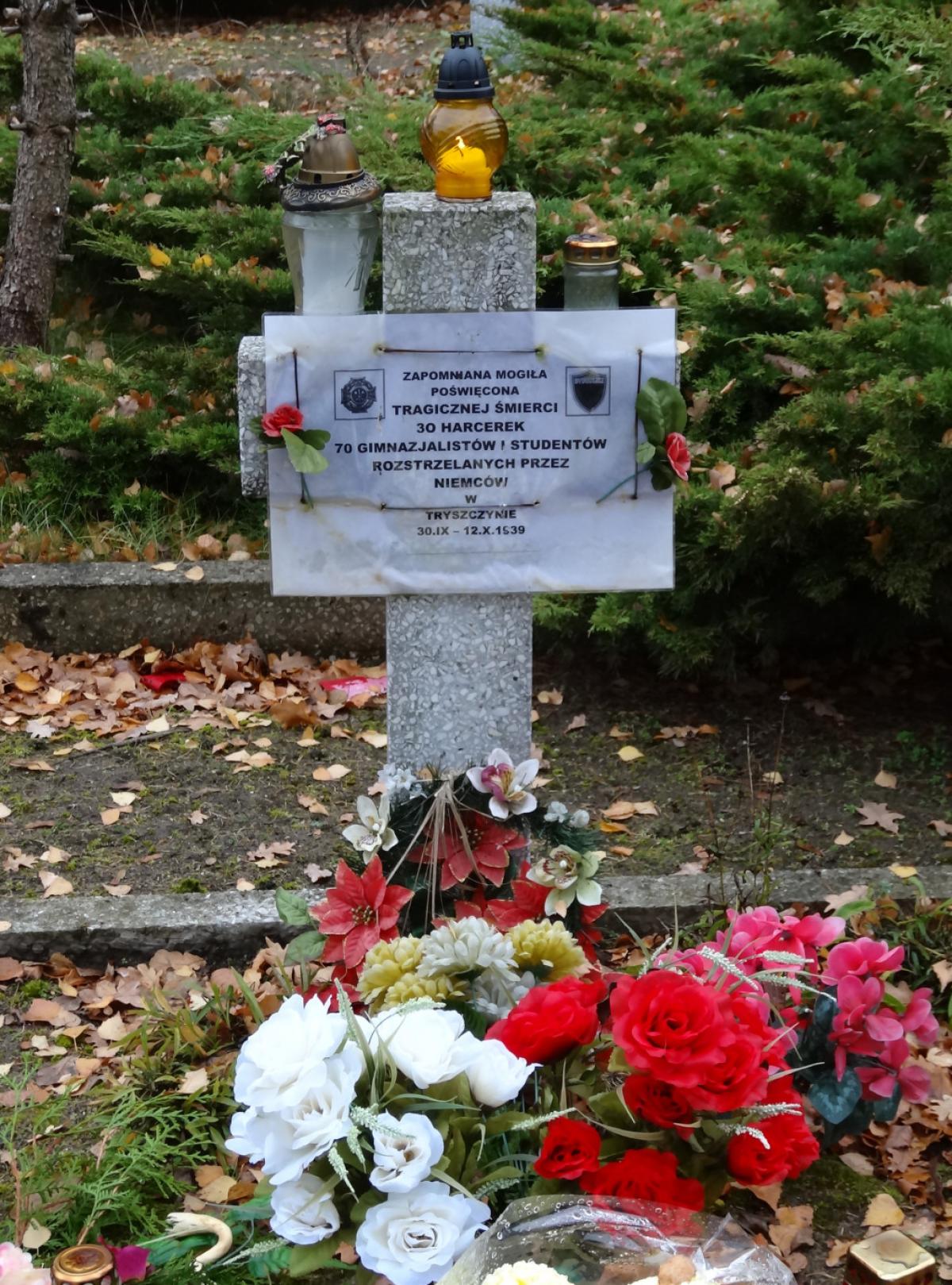 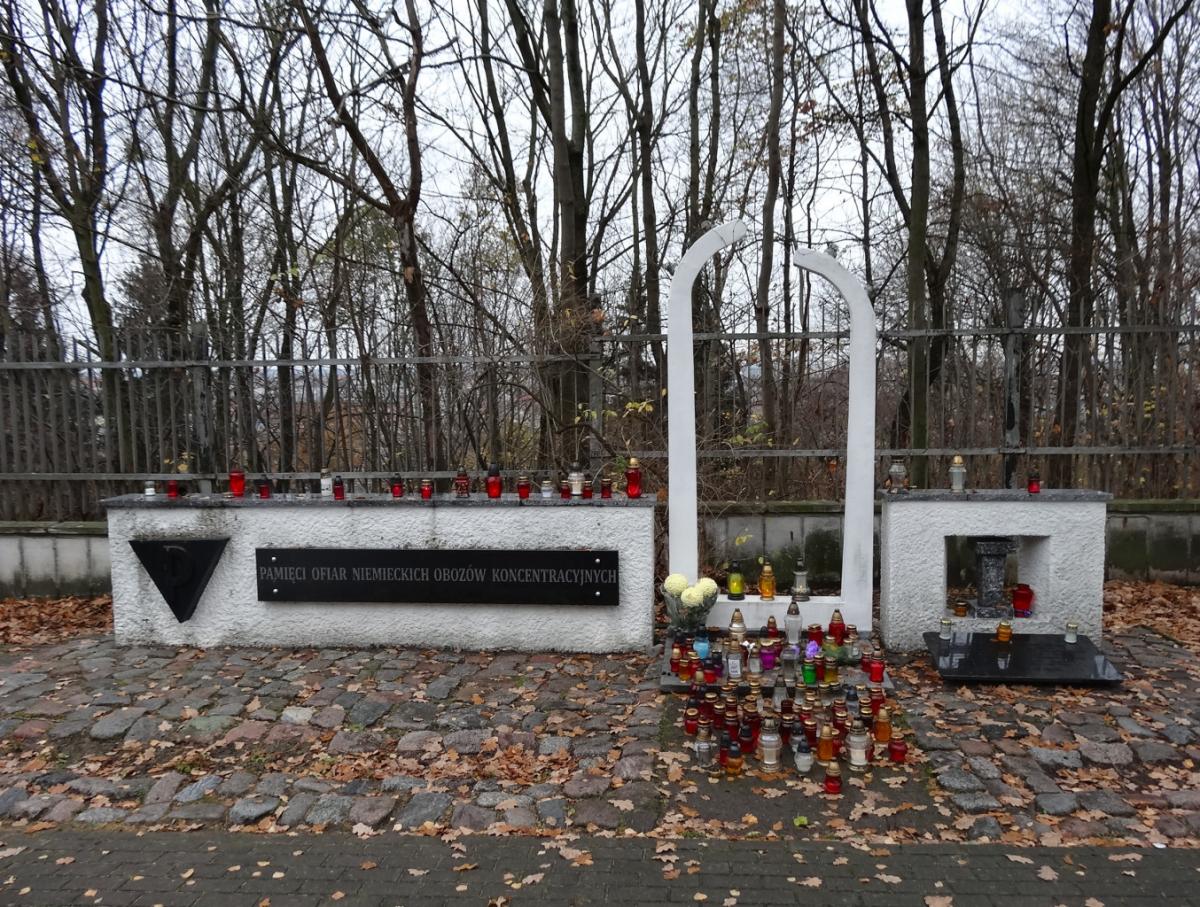