Light the virtual candle
gallery
Edit the description of the cemetery
add photos
number of votes 0
A beautiful cemetery
Return to the main page
Bronowicki Cemetery - located in KrakĂłw, in Bronowice Wielkie, in the IV District of PrÄ…dnik BiaĹ‚y at ul. Pasternik 40. It was founded in 1909 on the Pasternik Hill. The cemetery covers an area of 2.5 ha. It is administered by the Krakow Board of Municipal Cemeteries. The necropolis was established at the turn of the 19th and 20th century and is older than the local parish. It is located on the space between Pasternik and Na Polach streets near WrĂłĹĽna GĂłry on the border of Bronowice Wielkie and Bronowice MaĹ‚e. Initially, it served as a parish cemetery for members of the parish dedicated to Saint St Francis of Assisi in Bronowice Wielkie and the residents of Bronowice MaĹ‚e, which at that time belonged to the St. Mary's Parish. With the population growth in Bronowice in the 1930s, the area of the necropolis was enlarged to the waist, which is now the first asphalt alley parallel to ul. Pasternik. As a result of the changes that followed the Second World War (nationalization of land), the cemetery was transformed from a parish into a communal one. With the passage of time, its area gradually became (stage 1: 1950s, stage 2: the 1970s) enlargement, because due to its intimacy and convenient location it became a burial place for the inhabitants of the surrounding housing estates of KrakĂłw. [source: Wikipedia, 503788]
Young Poland Necropolis
The Pasternik cemetery is the resting place for many people especially associated with the "Young Poland" period. The following are buried here: * Tetmajer family (including WĹ‚odzimierz Tetmajer - painter, poet, in the Wedding of StanisĹ‚aw WyspiaĹ„ski presented as the Host) * Rydl family, eg Lucjan Rydel, son of the poet and Anna Rydel (died 1996), granddaughter of Lucjan Rydel and Jadwiga from MikoĹ‚ajczyk Rydlowa * Jakub MikoĹ‚ajczyk, the prototype of the literary figure of Kuba from the Wedding of StanisĹ‚aw WyspiaĹ„ski * Professor StanisĹ‚aw DĹĽulyĹ„ski * rests here also soldiers of the Home Army, National Armed Forces, Polish Army and Legions, participants of national uprisings. The Pasternik cemetery is the burial place for members of many old Bronowice families: KonikĂłw, JaroszĂłw, Kozenackie and Mornicy. [source: Wikipedia, 503788]
Drive
You can get to the Cemetery regularly by bus lines 238, 248, 258, 268, 278: to the gate at ul. Pasternik and bus lines 118 and 120 to the gate at ul. On the fields. The lines are served by MPK KrakĂłw. On All Saints' Day MPK Krakow launches special courses thanks to which the Cemetery in Bronowice can be directly reached, inter alia, to the Rakowicki Cemetery and the Batowicki Cemetery in Krakow. In the vicinity of the cemetery there is a car park and a gas station.
gallery
⮜⮿⮞
Wikipedia, Bronowice cemetery, Media with locations, Pages with maps, Self-published work, User:Zetpe0202 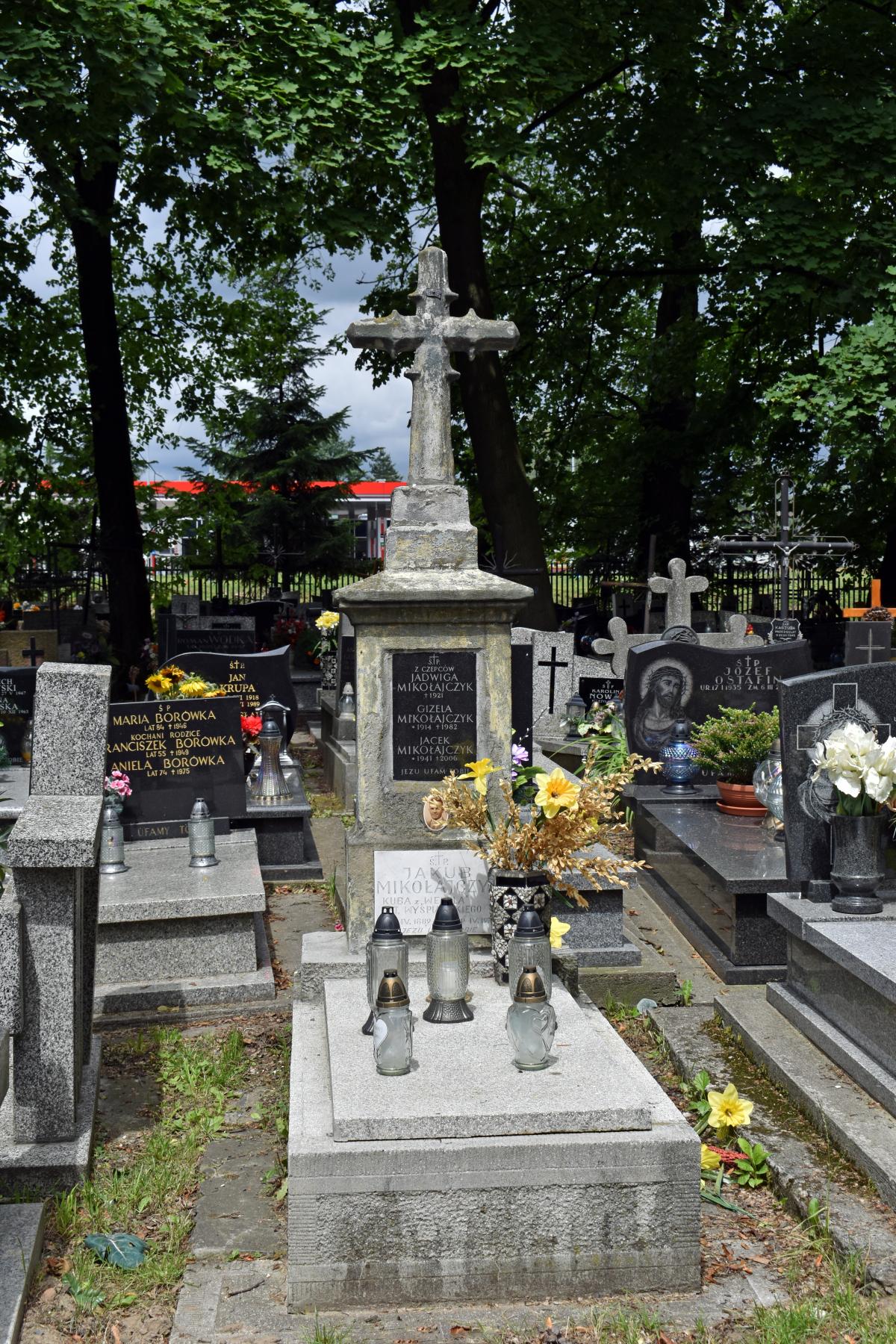 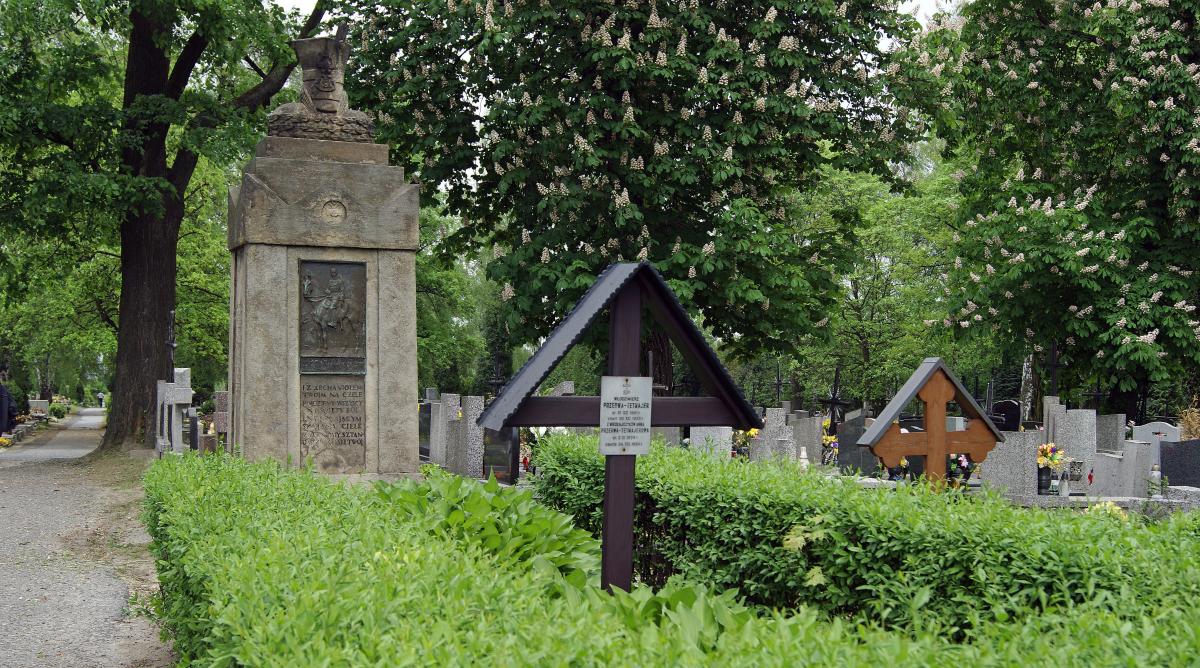