Light the virtual candle
gallery
Edit the description of the cemetery
add photos
number of votes 0
A beautiful cemetery
Return to the main page
Karaite cemetery in Warsaw - a necropolis located at ul. Redutowa in Warsaw. The only denominational cemetery in Karaim community in Poland. [source: Wikipedia, 642737]
History
The history of the Karaim cemetery in Warsaw is associated with the Karaites arriving in the city in the second half of the nineteenth century. They were subjects of the Russian Empire, among whom the newcomers from Crimea predominated, although there were also some Karaites from other then Russian cities, such as Trakai and Lutsk. . There are no exact statistical data on the size of the Warsaw Karaims, but on the basis of various rudimentary information, it can be assumed that in the period between 1882 and 1914, the Karaim presence in Warsaw remained at the level of 20 to 50 people . The Karaites living in Warsaw at the turn of the 19th and 20th centuries were subject to the spiritual authority of the Taurian hachanate from Eupatoria, and not much closer to the Tracha hachana. . That is why the Karaim cemetery itself was founded in 1890, with the consent of the Taurian hachana in the Crimea. A small Warsaw Karaim community faced the necessity of establishing a cemetery at the end of the 1880s. The first deceased were transported all the way to Trakai to be buried according to the Karaim tradition in the local cemetery. It was problematic to keep the ritual terms of the rite according to which the funeral should take place immediately and it is forbidden to hold the body for Saturday . Originally, around 1887, the Karaite necropolis was to be built on the territory of the then BrĂłdno commune, in the vicinity of the Prague Prussian cemetery and the BrĂłdno Cemetery. Eventually, the cemetery was opened at the other end of the suburbs of Warsaw in Wola. The plot for a cemetery with an area of 550 m 2 was acquired - after obtaining the permit of the Warsaw general-governor - from the Orthodox parish at the church of the Vladimir Icon of the Mother of God in Wola. The act of purchase was made by seven Karaites, of which only one did not come from the Crimea. The area, which was intended for the Karaim cemetery, lay at that time in the distant suburbs of Warsaw . The first burial in the cemetery was made in June 1890 (JĂłzef Kobecki, a monthly baby was deceased). The next four burials took place successively: in 1892 (three-year-old girl Helena Abkowicz), in 1895 (Saduk Osipowicz Kefeli from Kaffa, one of the founders of the cemetery, his tombstone is the oldest of the non-anonymous gravestones preserved in the necropolis) , in 1898 (merchant Saduk Kefeli) and in 1899 (merchant Gelel Babajan). During the Second Polish-Lithuanian Commonwealth, the Karaim community of Warsaw changed its face, in place of former Crimean merchants and students, they arrived there Karaims from less distant Karaim communities in Vilnius, Trakai, Lutsk and Halych . Despite the undoubted presence of the Karaites in interwar Warsaw, only one burial from the inter-war period is known, which took place in 1934 (buried Gabriel Pilecki, who came from Lutsk tragically) . Probably during this period, two or three people were buried in the cemetery. The necropolis suffered damage during the September campaign (probably the wall and some graves were partially destroyed at that time). The devastation was completed by the bombing of Wolska Street during the Warsaw Uprising . In 1946, a new metal fence was built on an existing foundation. The first funeral was made after ordering the cemetery and obtaining official permission for burials. In 1947 or 1948, the rescuer MichaĹ‚ Szpakowski (killed in a bandit assault in Podkowa LeĹ›na on December 30, 1945, exhumed from the Caucasus cemetery) was buried in the cemetery. . On August 6, 1977, the Orthodox Metropolitan of Warsaw and all of Poland, Basil, allowed Karaite burials also on a part of the Orthodox cemetery, adjacent to the Karaim necropolis (emitting a Karaim lodge of 1375 m on it). At the same time, the board of the Karaim Religious Association sought to expand the cemetery by joining the undeveloped area between the Karaim cemetery and the embankment of the Orthodox cemetery. The property transfer contract with an area of 1,122 m was made on April 12, 1994. In 1996, the completion of the fence of the enlarged cemetery was completed . Between 1947 and 2010, eighty-one burials were made at the cemetery (three burials were made in the Karaim quarter of the Orthodox cemetery in Wola) . The cemetery has about 100 graves. Tombstones are typical, inscriptions are written in Karaim. The oldest surviving non-anonymous tombstone is the tombstone of Saduk Kefeli from 1895. The older one is an anonymous monument from the late nineteenth century, made of white marble with delicate floral decorations, probably belonging to the three-year-old Helena Abkowicz three years earlier. Both the oldest tombstones were subjected to conservation works in 2006-2007 . [source: Wikipedia, 642737]
gallery
⮜⮿⮞
••
Wikipedia, Cmentarz Karaimski, Self-published work 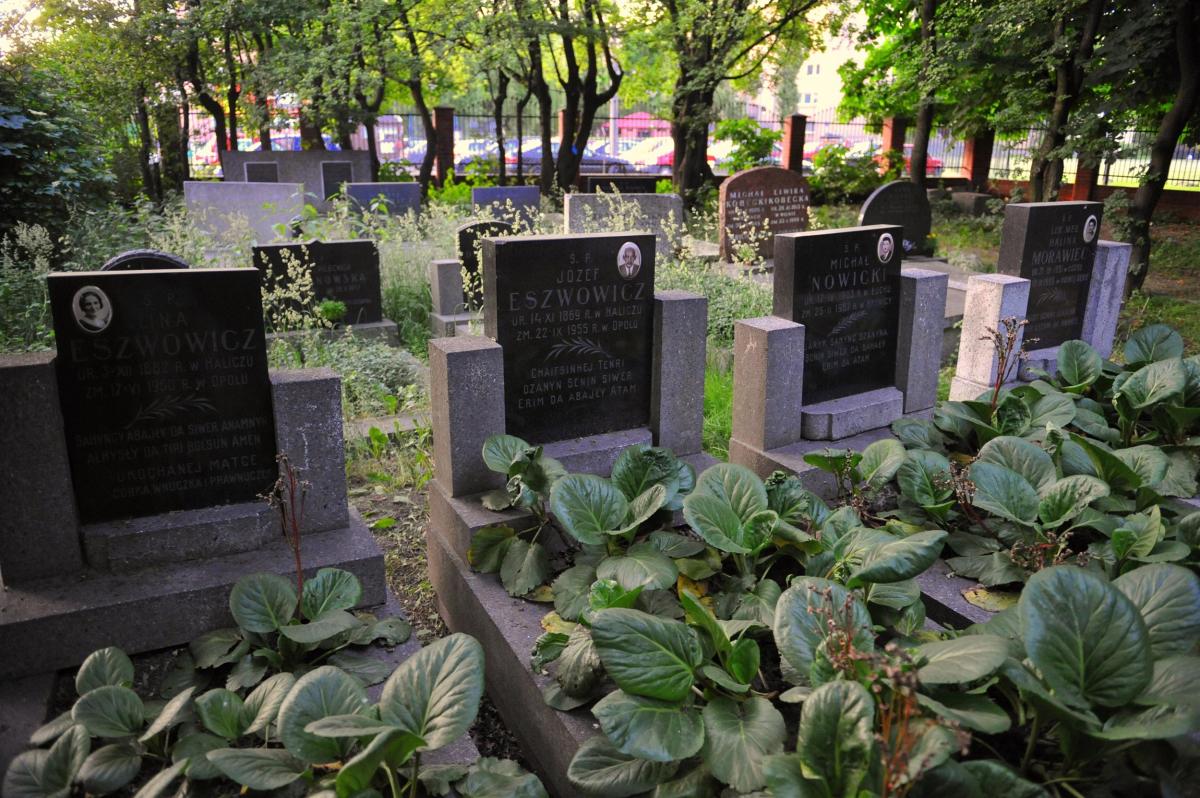 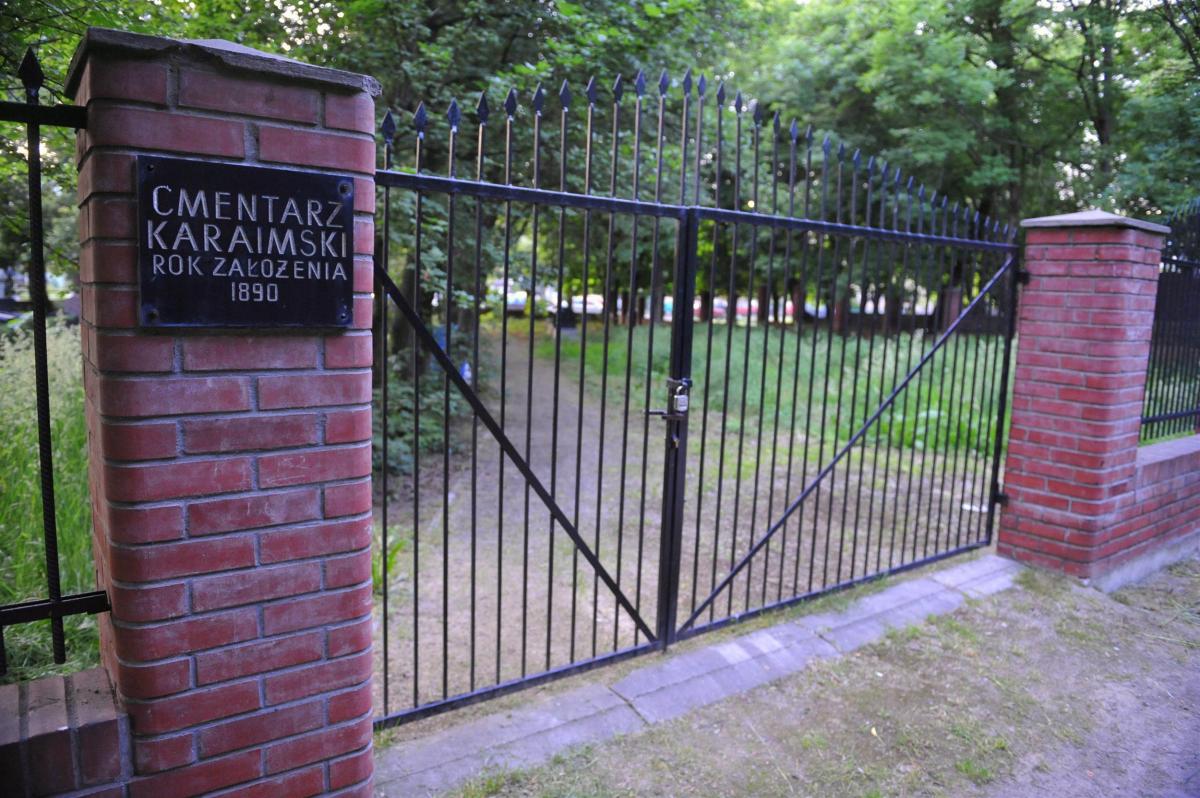 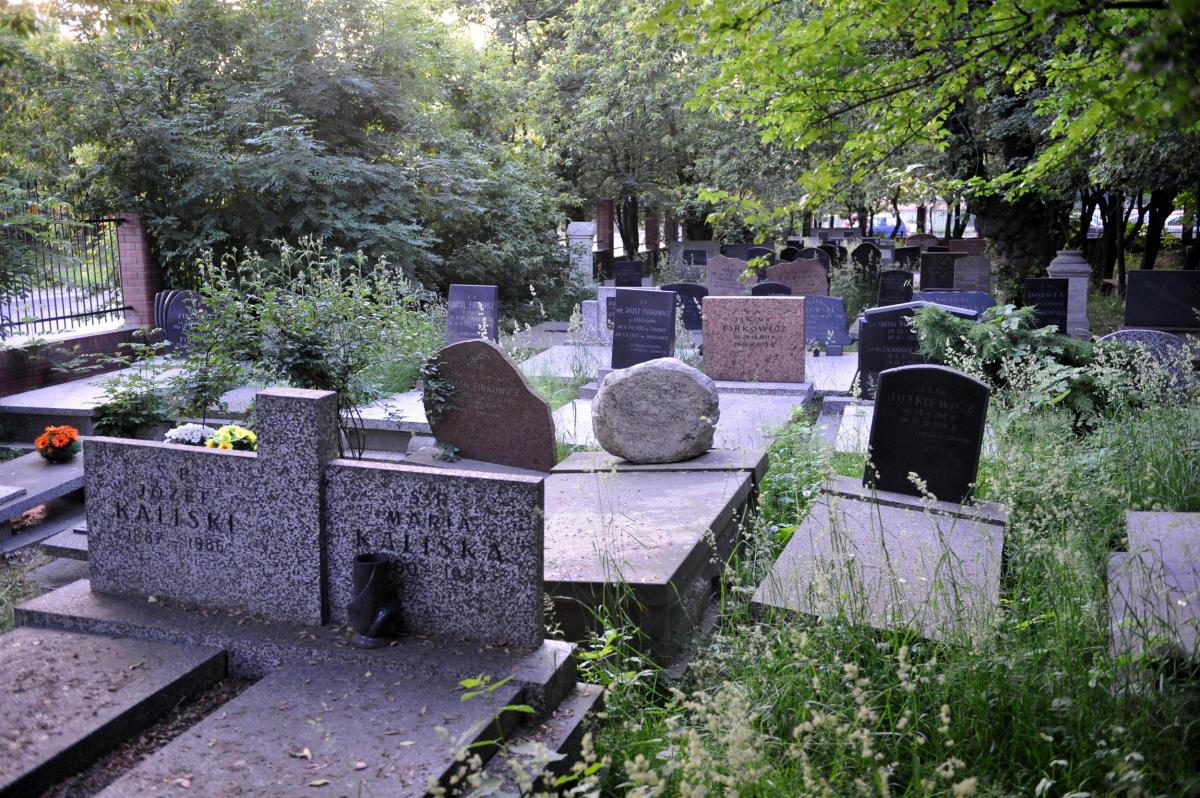 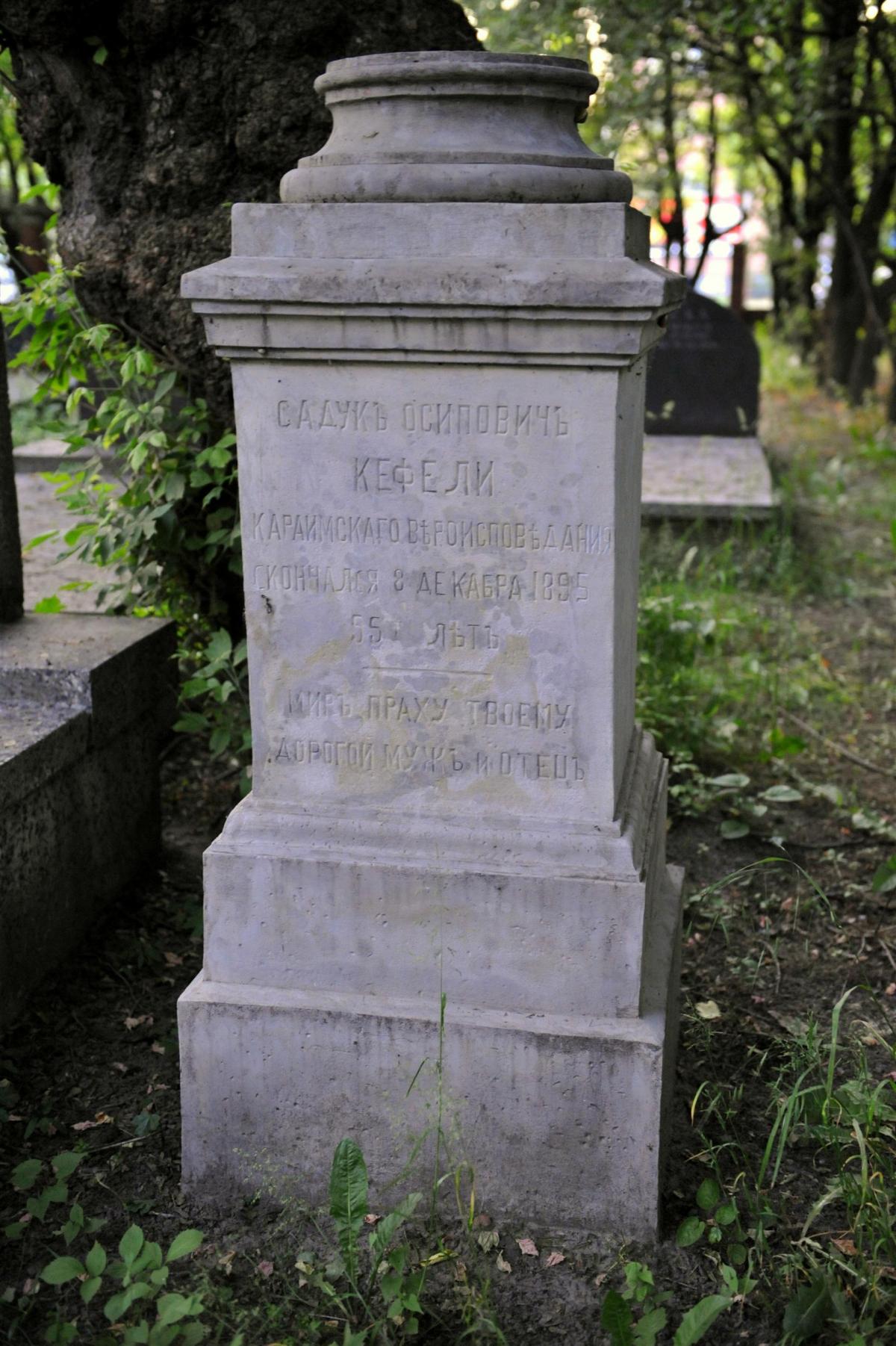 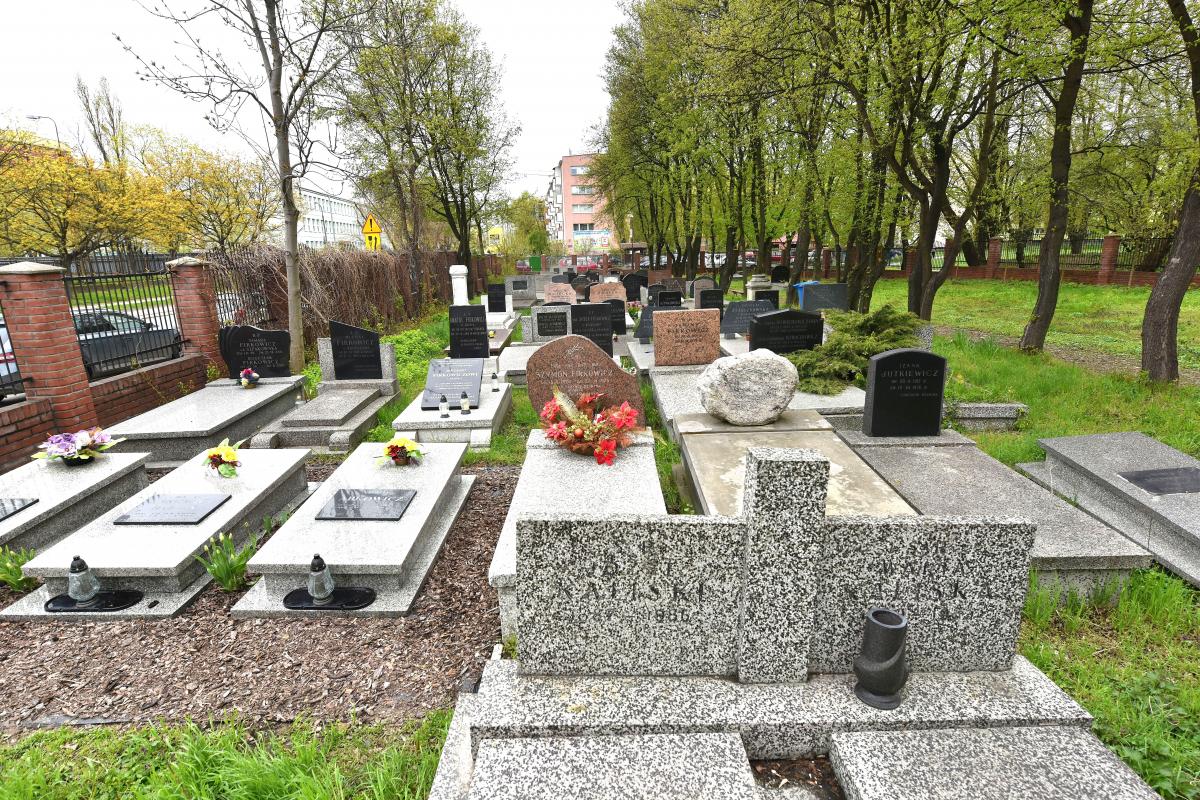 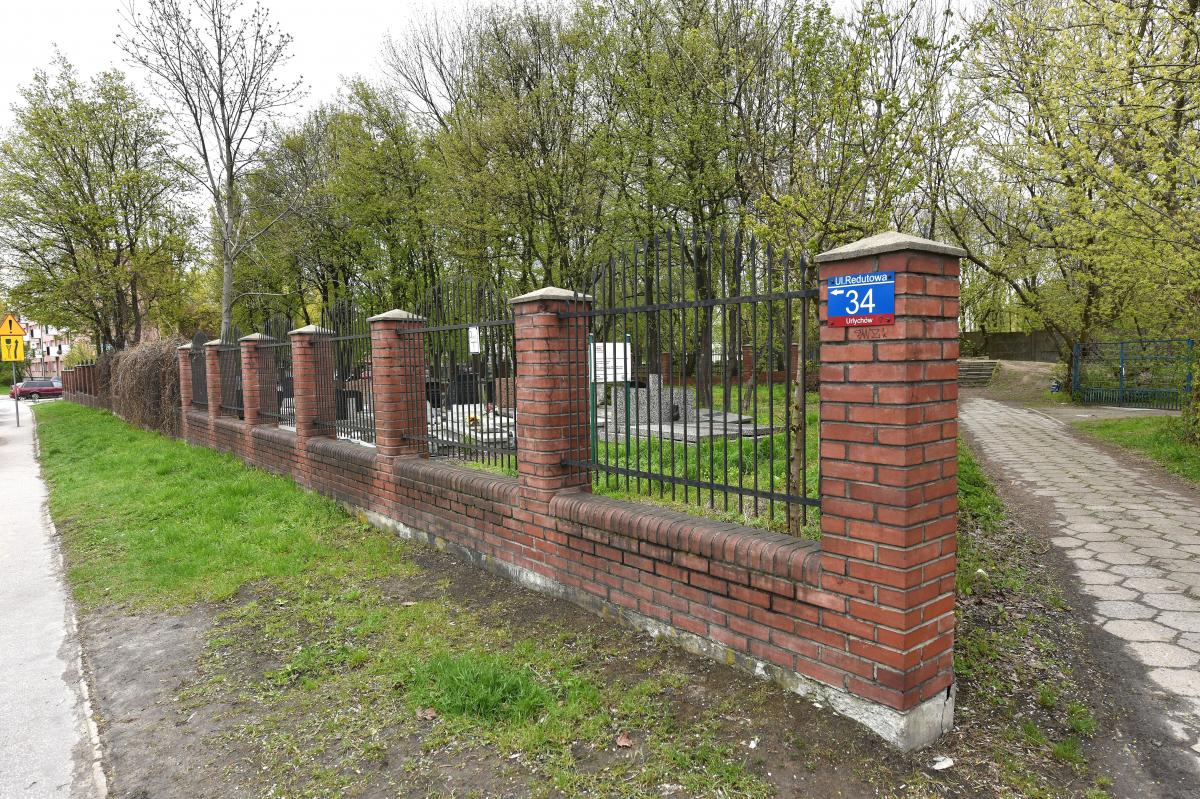 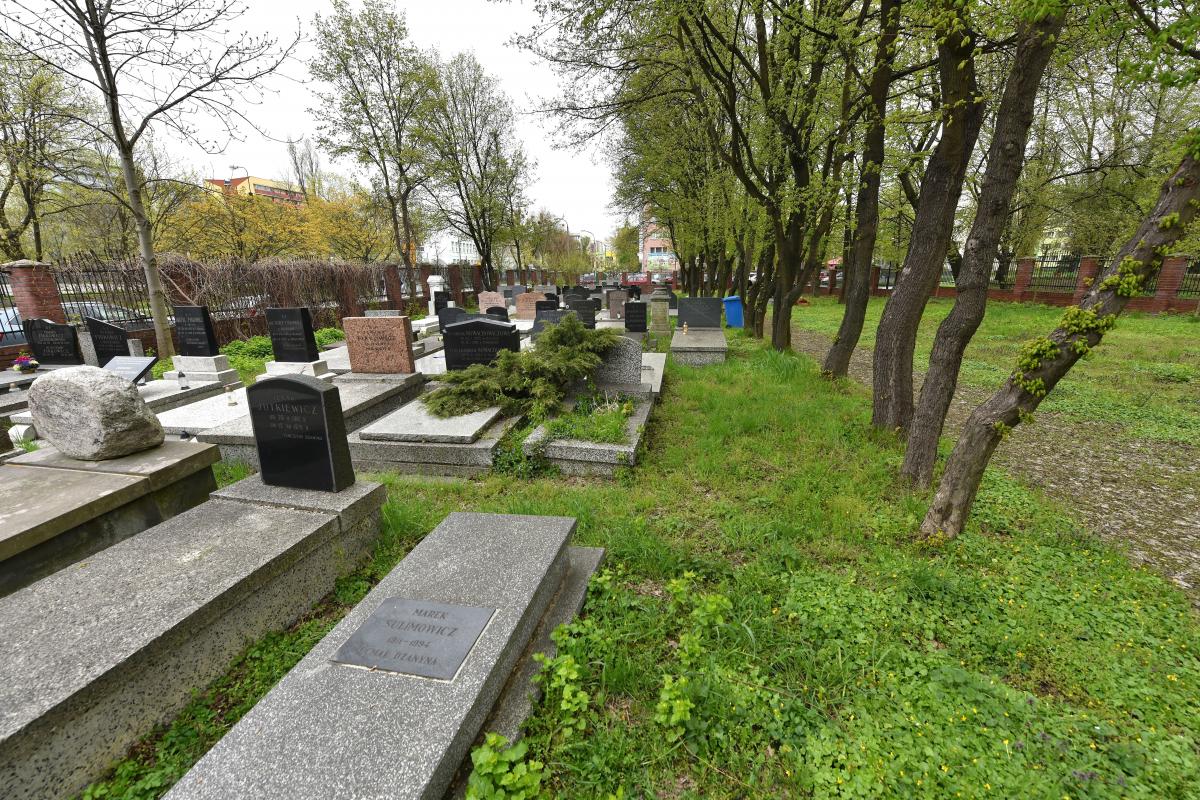 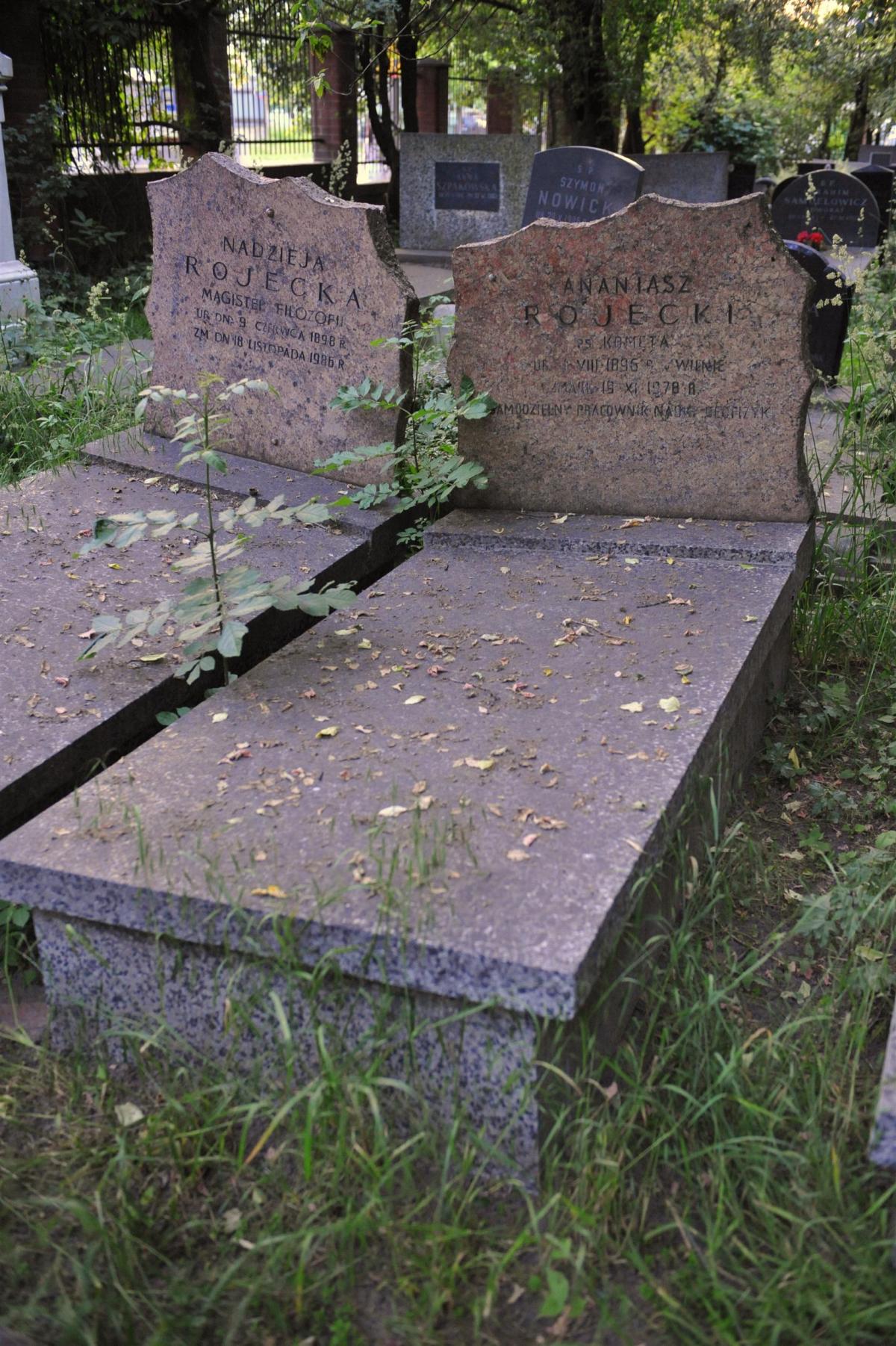 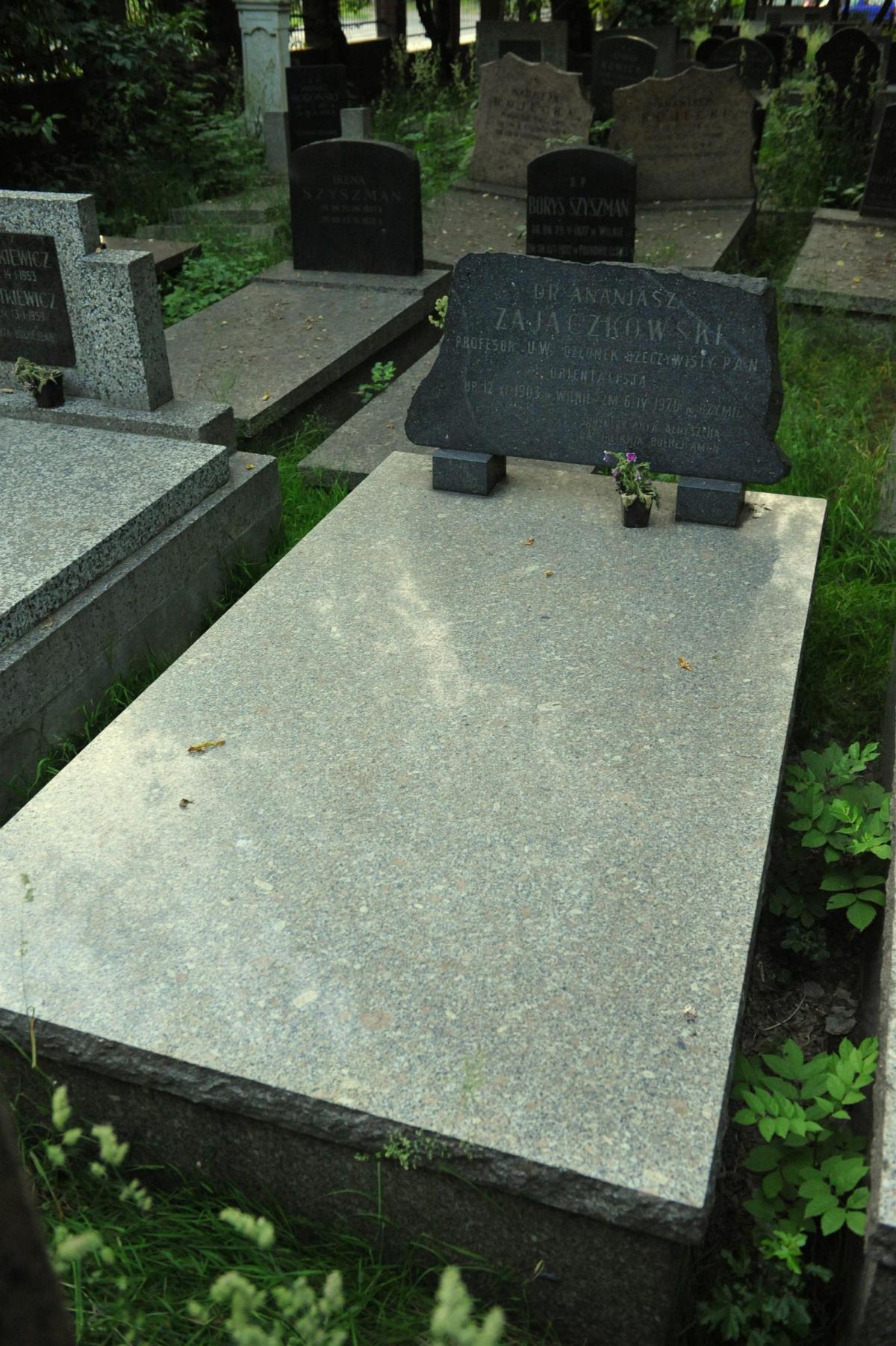 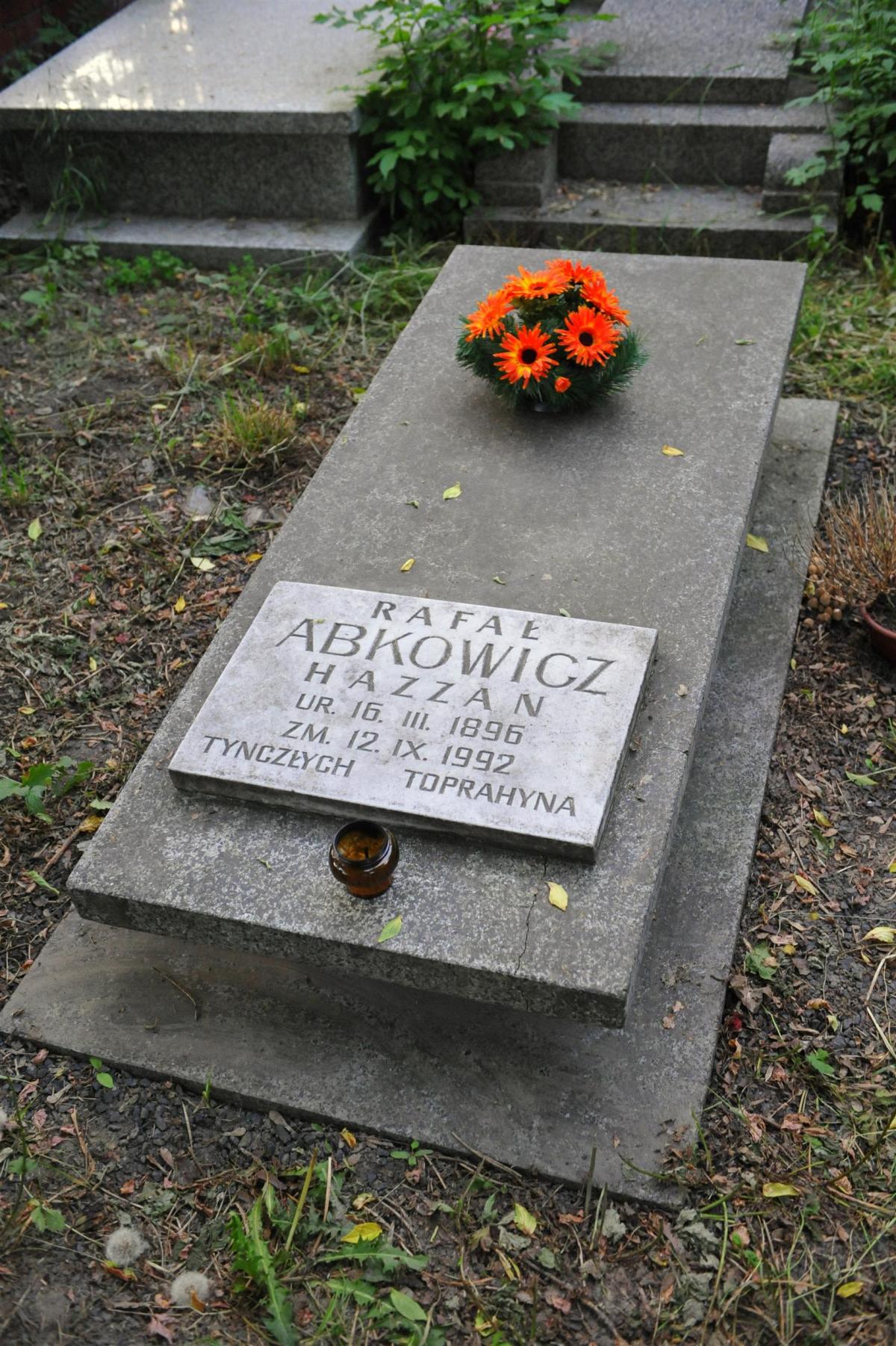