Light the virtual candle
Famous burials
gallery
Edit the description of the cemetery
add photos
number of votes 0
A beautiful cemetery
Return to the main page
Rakowicki Cemetery, formerly the City Cemetery - a municipal cemetery in Krakow, in the District and the Old Town, founded in 1803; covers an area of 42 ha. The name of the cemetery comes from the name of the road (currently Rakowicka Street) leading to the former village of Rakowice, 2 km away. [source: Wikipedia, 114033]
History
It was delimited and arranged in the years 1800-1802 (in the area of 5.6 ha), and it is open from mid-January 1803. It was established in the suburban subdivision of Bosackie in the village of PrÄ…dnik Czerwony on the border of Olsza, in connection with the ban on burials on the existing church cemeteries within the city (edict of Joseph from 1784). The area of 10 morg of CheĹ‚mno for 1,150 PLN was purchased by the Austrian authorities from the bare Carmelites from Czerna. The cost of the cemetery was covered by the city of KrakĂłw and the surrounding municipalities: Rakowice, PrÄ…dnik BiaĹ‚y and PrÄ…dnik Czerwony, Olsza, GrzegĂłrzki, Piaski, Bronowice Wielkie and Bronowice MaĹ‚e, Czarna WieĹ›, Nowa WieĹ›, Krowodrza, Kawiory, who were granted the right to bury the dead on it. The first funeral took place in January 1803 (18-year-old Apolonia from Lubowiecki Bursikowa, who died on January 15, 1803). In 1807 a well was built, and in 1812, a magnificent cross was founded from public contributions. The cemetery was enlarged several times. For the first time in 1836, when another 10 morgas of land for 5,000 were bought from the Carmenites of Brno. zĹ‚. Polish. The layout of the cemetery was commissioned to the architect, director of the urban construction department, Karol R. Kremer, who in 1839 designed his park layout. The newly acquired land was consecrated on November 2, 1840. The surrounding wall was built of material obtained from the demolition of the All Saints' church. In 1863, the city purchased from the Carmelites and from Walery Rzewuski, 5 morgas and 1743 fiefs of land located at the western wall of the cemetery. He was consecrated in September 1866 and the deceased was immediately buried there. The next extension of the cemetery took place in the autumn of 1886 by more than 15 morga (in the middle of the new avenue Jan Matejko and Maciej Jakubowski were buried). At the turn of 1933 and 1934, the cemetery was extended northwards to the former sapper practice area (over 15 ha) to its present size (by removing Modrzewiowa Street). On June 6, 1856, a building permit for the new chapel was issued, but it was not until 1861-1862 that the chapel of the Resurrection (foundation of Anna and Ludwik HelclĂłw) was erected at the central point of the cemetery, on the then existing wooden site. In 1877 an administrative building and a morgue were erected according to the design of Salomon Saary. In 1976, he was entered in the register of monuments. In 1981, the Citizens' Rescue Committee for Krakow was established, under which a commission for the rescue of Krakow and KrakĂłw Cemeteries operates. OKRK organizes annual issues for historic tombs and tombstones. The works are carried out at the Rakowicki Cemetery and the Nowy Cmentarz PodgĂłrskim (in cooperation with the PodgĂłrze.pl Association). OKRK collects funds for the renovation of historic tombs on a special account. The funds are repaired without graves.
Importance
The necropolis is the burial place of Cracovians, both ordinary citizens of the city, as well as the meritorious: creators of culture, scientists, representatives of famous families, independence, political and social activists, participants of independence movements, uprisings, both world wars and others. There are, among others, the cemetery separate units of the participants of November, January, Krakow, World War I uprisings (of all three partitioning armies - soldiers most often died while in military hospitals), members of the Polish Legions, participants of the charge at Rokitna, workers killed during strikes in 1923. The cemetery is a monument with a great historical and artistic value. Many tombstones are the work of famous sculptors and architects, including Teofila Ĺ»ebrawski, Feliks KsiÄ™ĹĽarski, SĹ‚awomir Odrzywolski, Jakub Szczepkowski, as well as sculptors: Tadeusz BĹ‚otnicki, WacĹ‚aw Szymanowski, Karol Hukan and others. Rakowicki Cemetery is managed together with the nearby, on the other side of ul. J. Prandoty is a military cemetery. The cemetery is located in the immediate vicinity of the route of the Lesser Poland Route of St. James from Sandomierz to Tyniec. [source: Wikipedia, 114033]
Famous burials
Marek Grechuta
1945-2006
Light the virtual candle 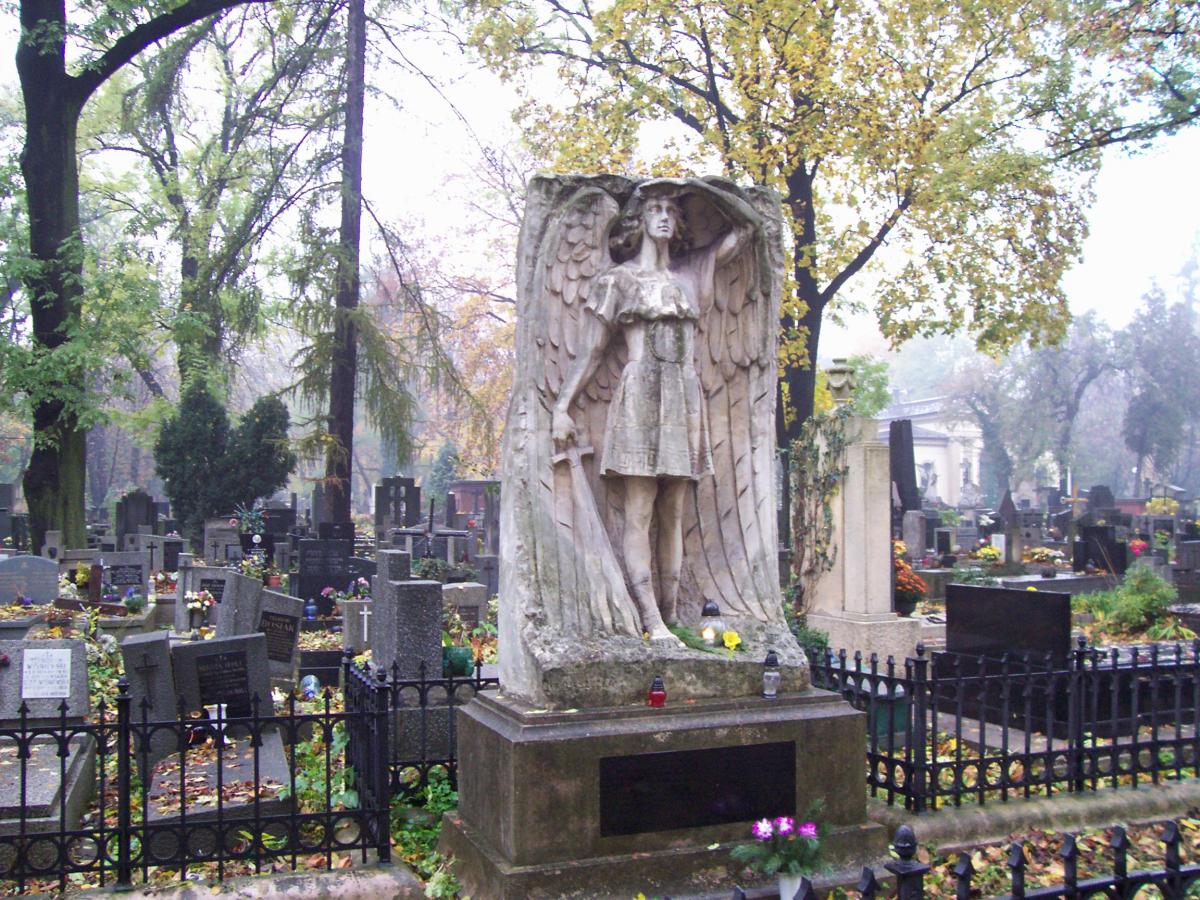 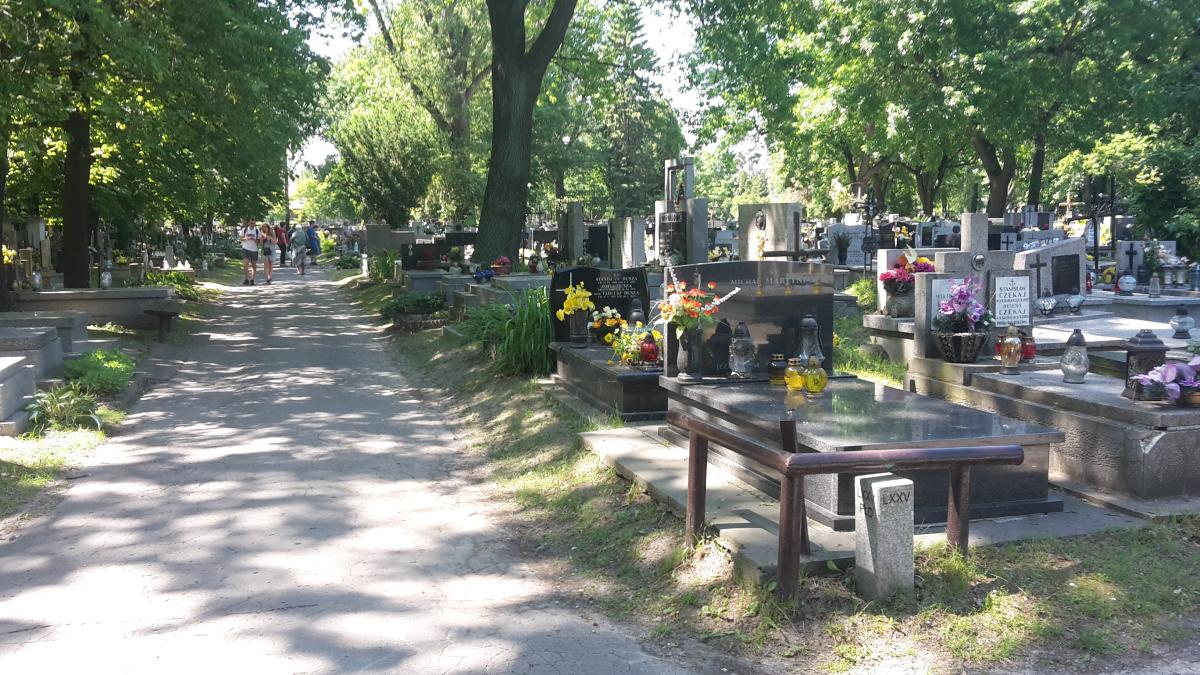 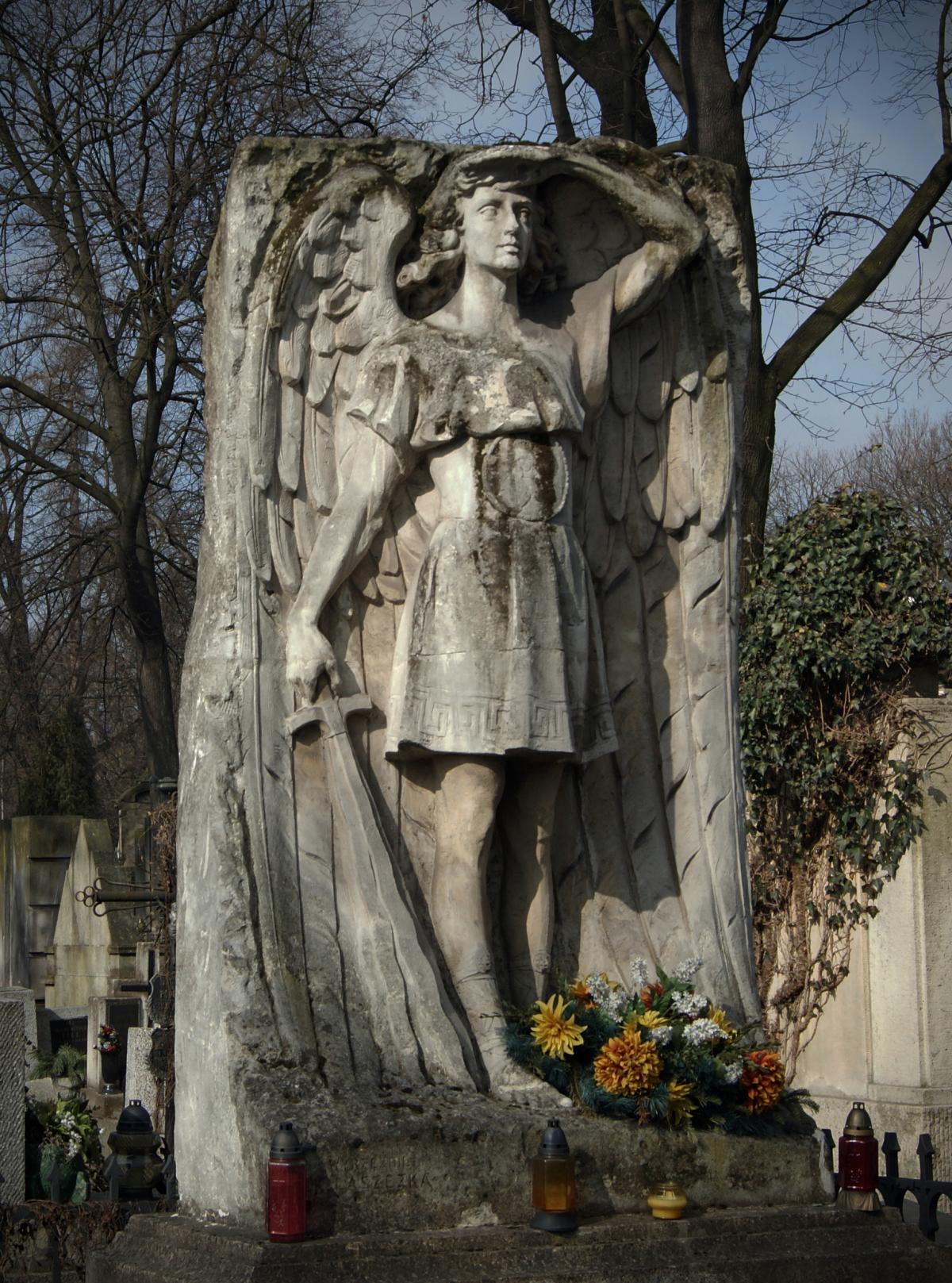 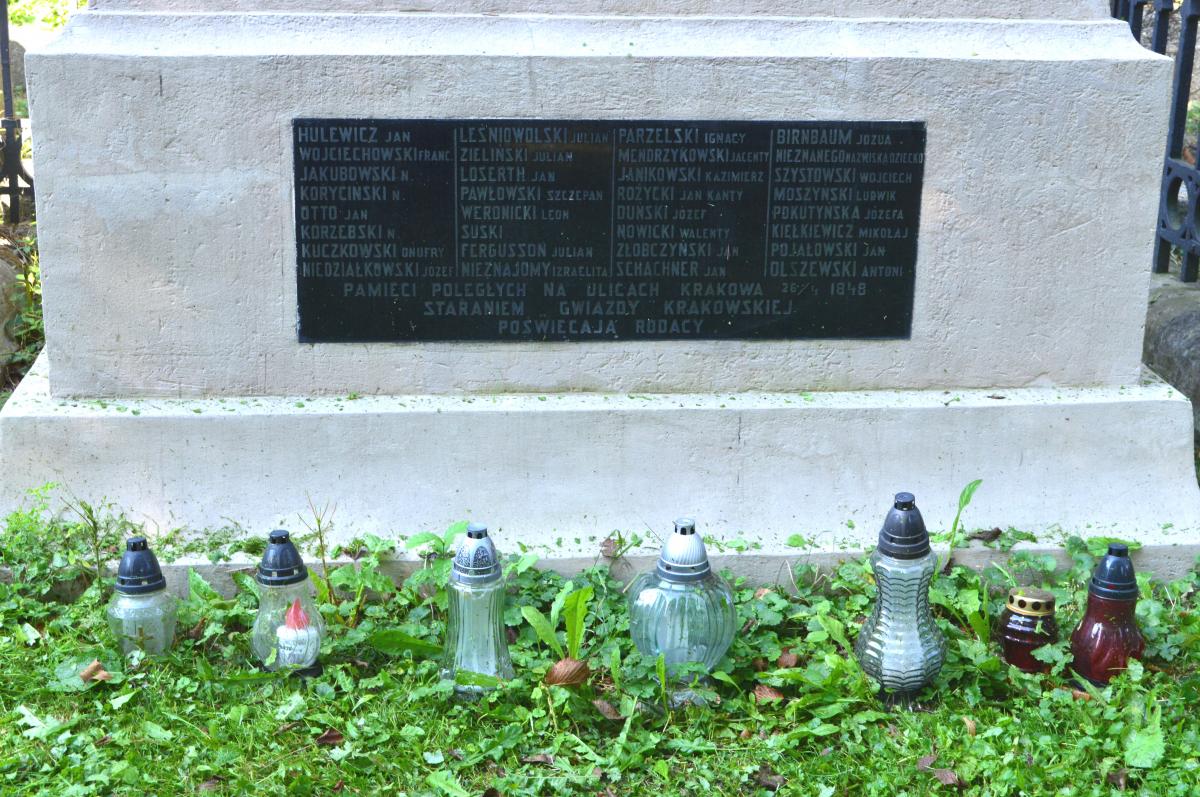 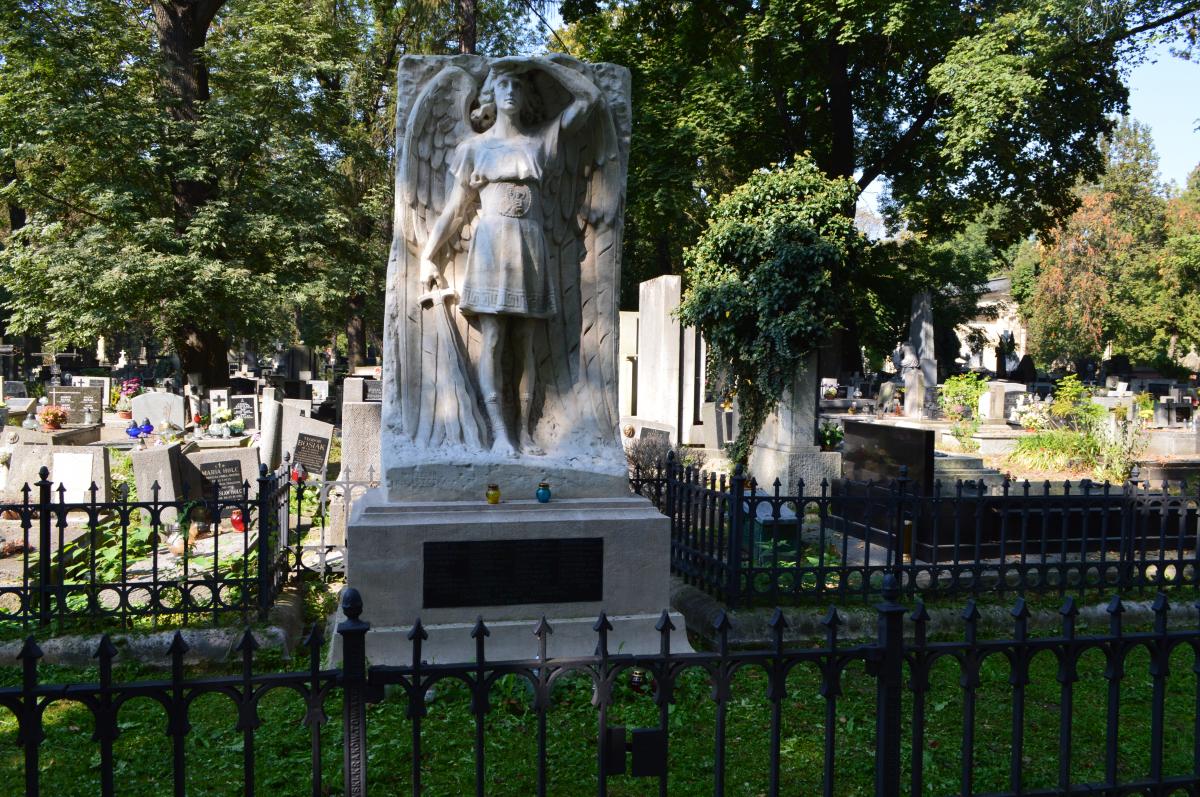 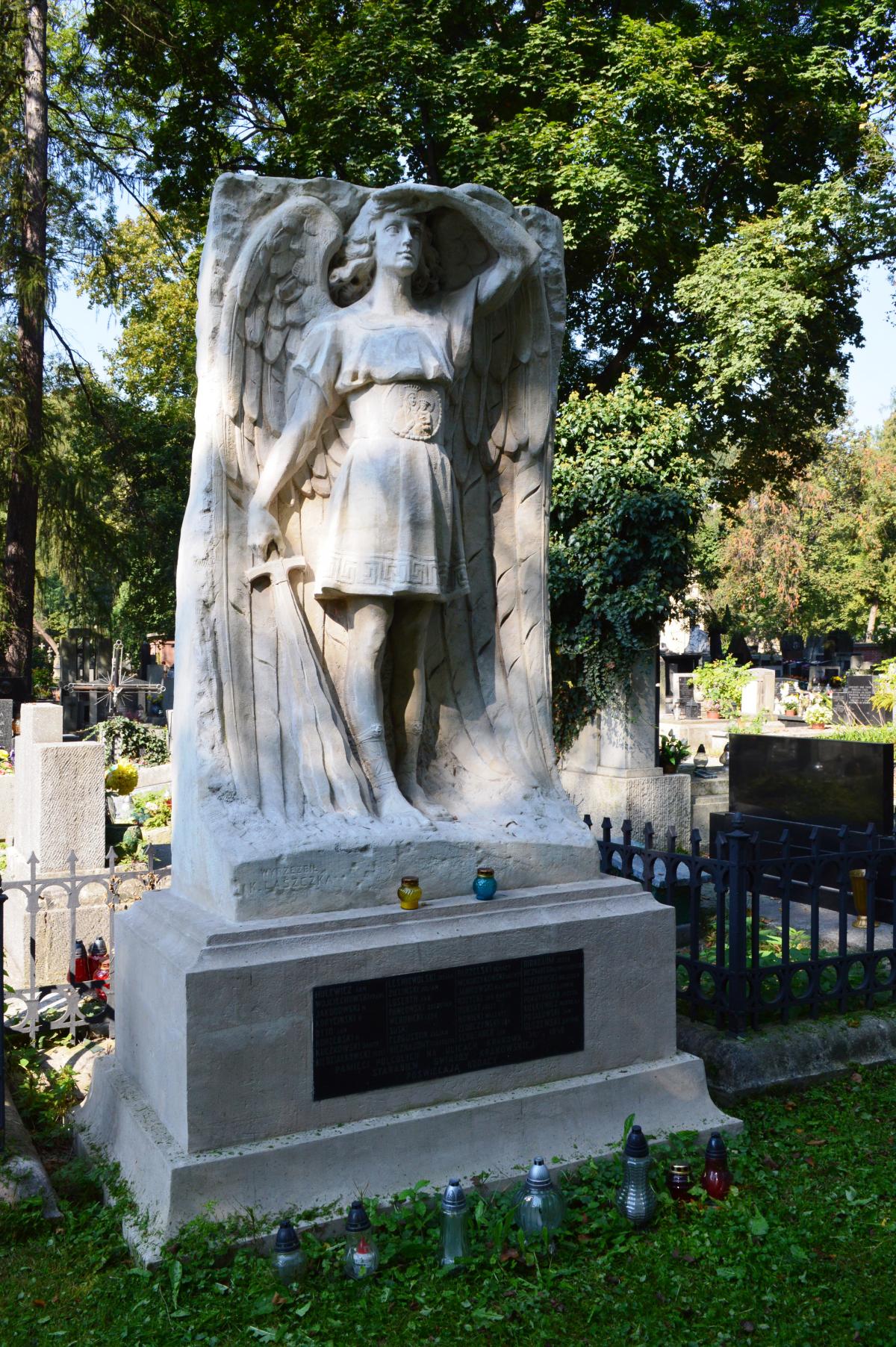 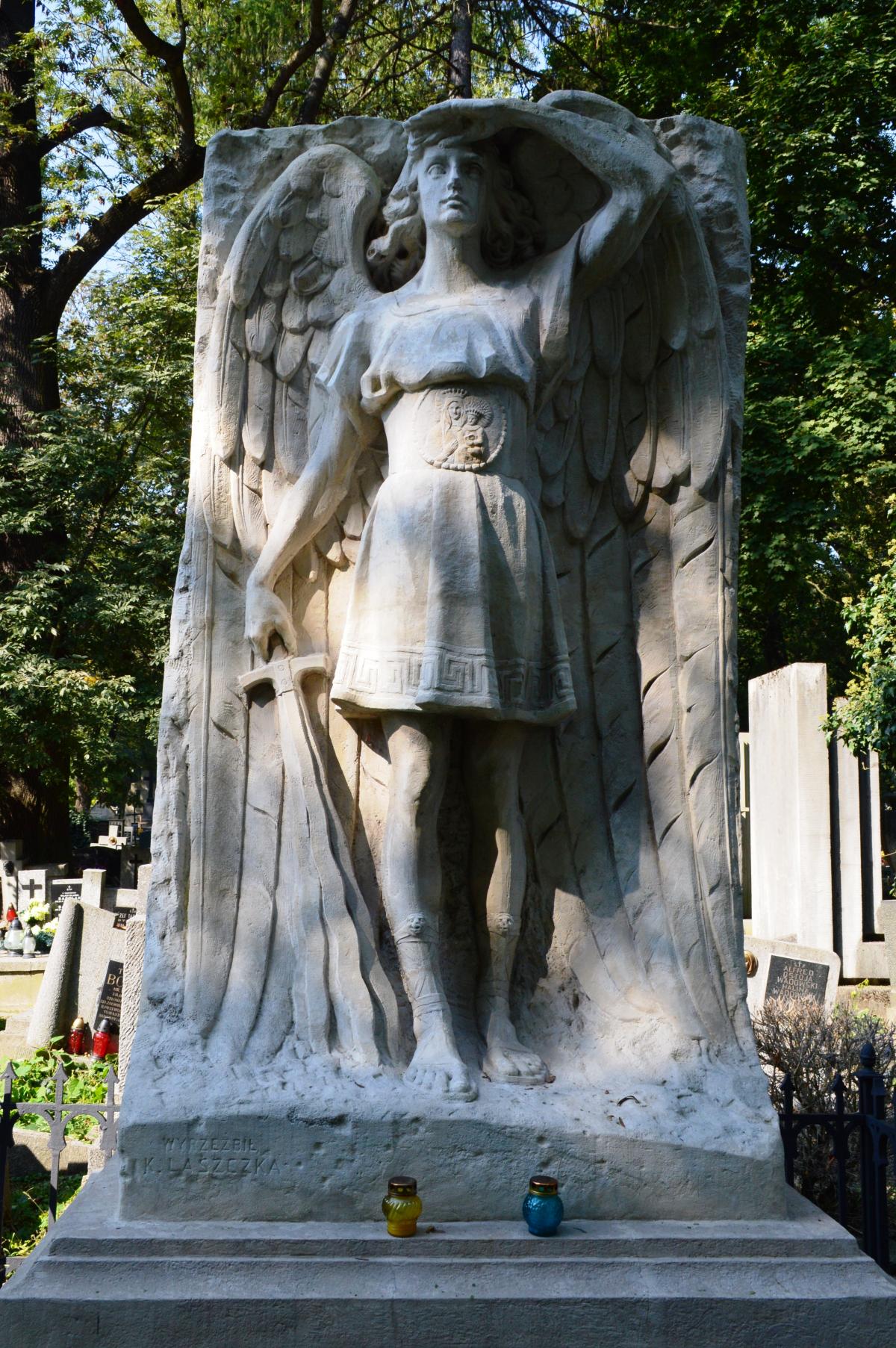 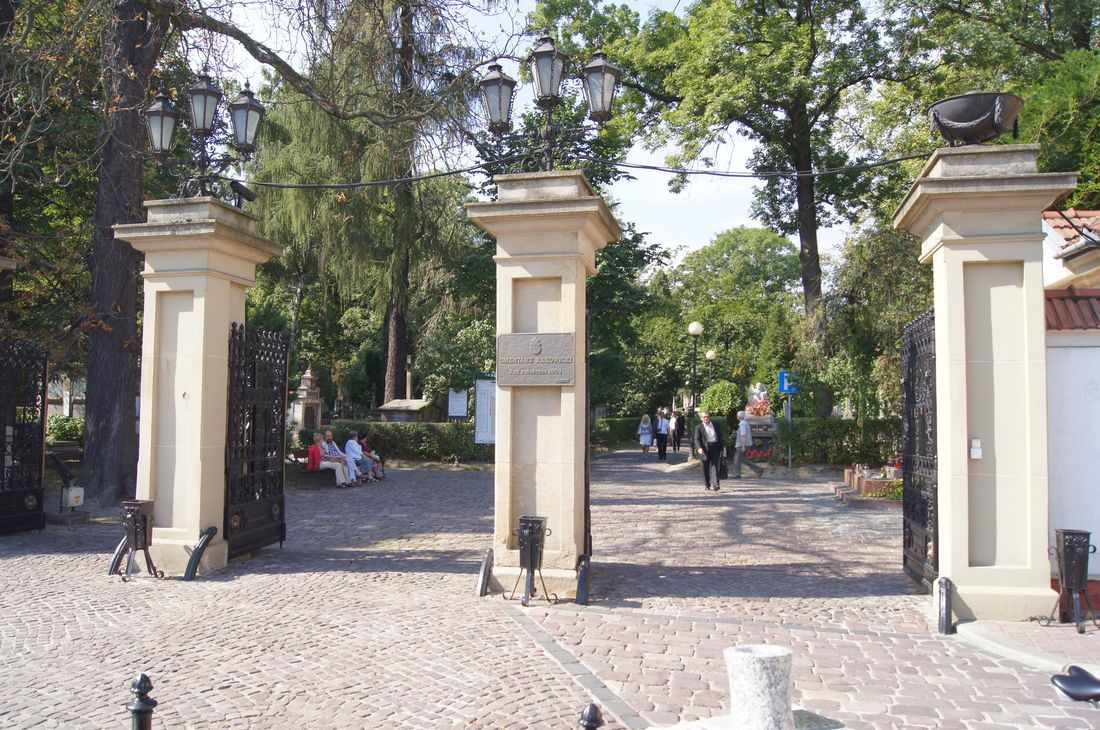 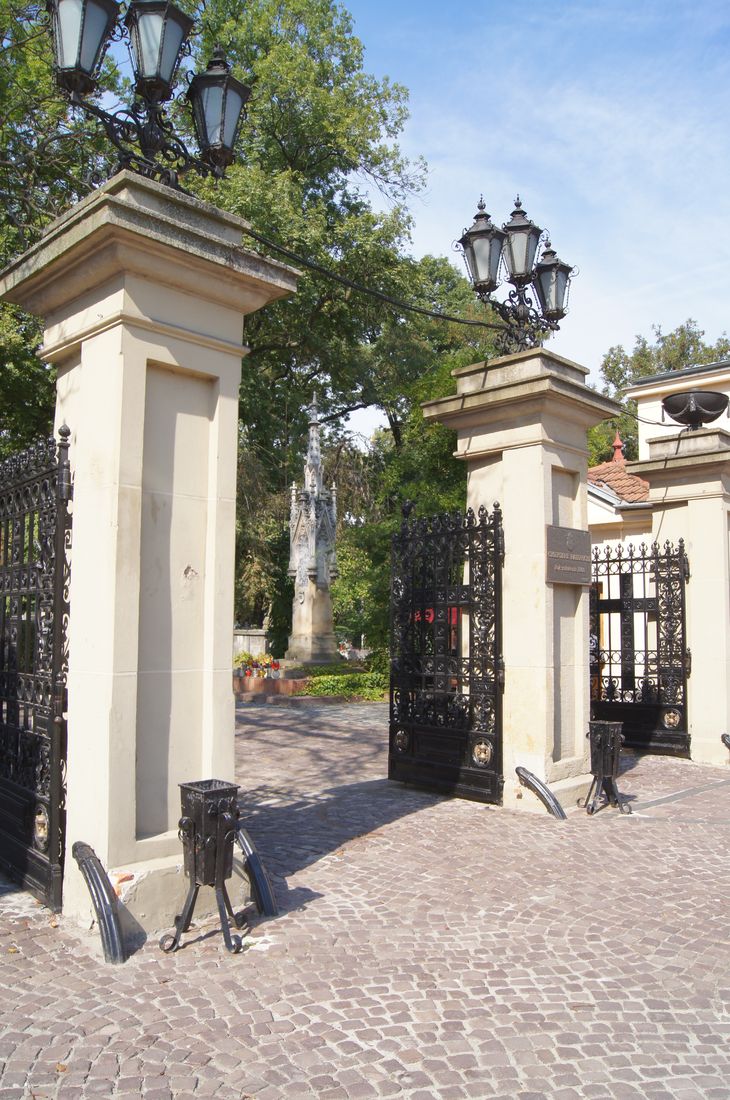 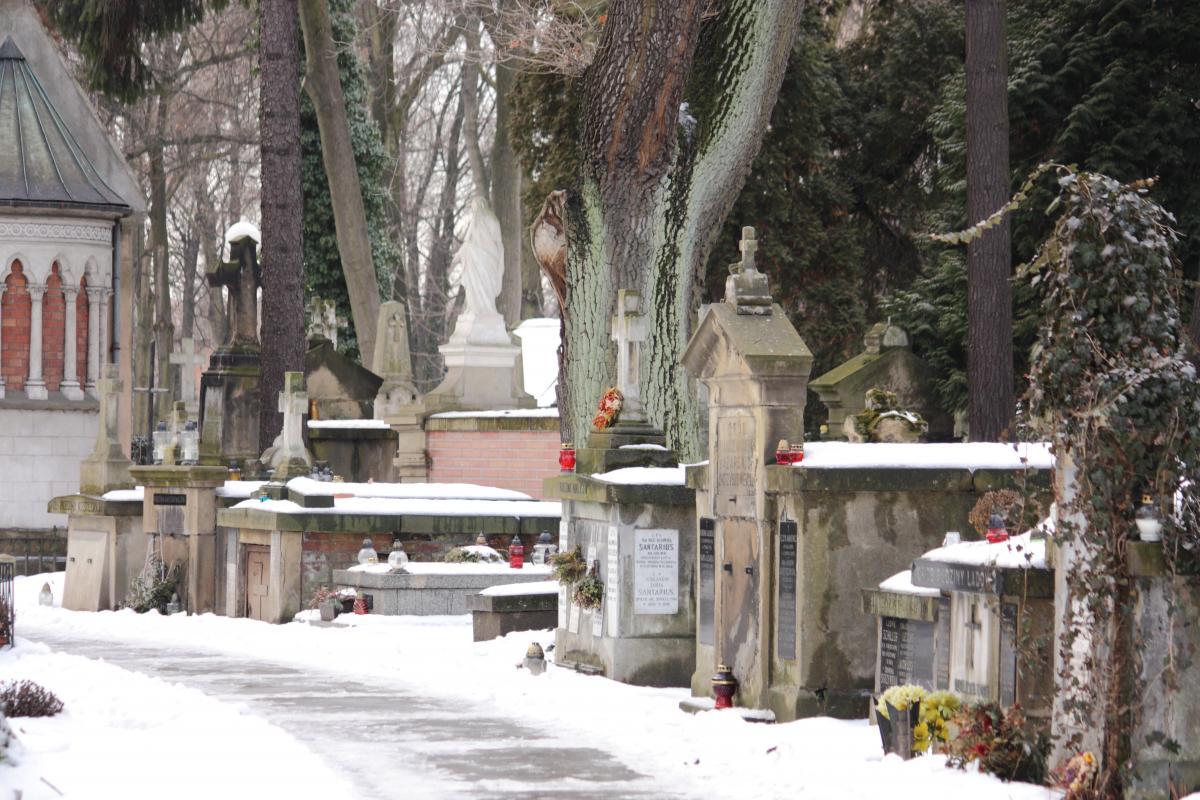