Light the virtual candle
gallery
Edit the description of the cemetery
add photos
number of votes 0
A beautiful cemetery
Return to the main page
Old cemetery in Szczawnica (the so-called Szalayowski Cemetery) - a historic cemetery in Szczawnica, open in the 19th century. The cemetery is located below ul. GĹ‚Ăłwna 1, straight from the outlet of ul. The spa. [source: Wikipedia, 2743362]
History
The cemetery was created as a result of the management of the Austrian authorities from 1784 on the prohibition of hiding the deceased in church cemeteries, on the order to liquidate them and the order to establish cemeteries outside the areas of buildings. The first burials in the cemetery took place in 1832. The stairs led down from the main street to the cemetery, and the cemetery itself was surrounded by a stone wall. The rapid development of Szczawnica meant that soon this location did not meet imperial requirements. The closing of the cemetery was decided in 1879, but it finally came to him in 1895, when the deceased began to bury the new parish cemetery. The cemetery is owned by the parish of St. Wojciech Biskupa MÄ™czennik in Szczawnica. In 2010, the agreement between the City and the Municipality of Szczawnica and the Parish was signed for the free use of the area of the Szalayowski Cemetery, which enabled the conservation of both the cemetery and the chapel. [source: Wikipedia, 2743362]
Chapel pw. Resurrection
Right next to the cemetery is an inconspicuous, neo-gothic cemetery chapel dedicated to the Lord's Resurrection, founded by JĂłzef Szalaya, dedicated on September 28, 1870. The chapel contains: * an altar with a picture of the Risen Christ, * a cartouche of the Szalay coat of arms in the vault lenses, * a burial crypt with remains of members of the Szalay family and a famous photographer Awit Szubert, who died in 1919, * an epitaph board on the south wall with the text: Fallen in battles for freedom in the 15th anniversary of regaining independence. This plaque was originally placed on the facade of the chapel, it was moved into the interior in the 1970s. On the outer wall of the chapel in 2002, a plaque dedicated to JĂłzef Szalay was solemnly placed, with the text in two languages: Polish and Hungarian. The plaque was funded by IstvĂˇn KovĂˇcs, the then Consul General of Hungary in KrakĂłw, and designed by BronisĹ‚aw Chromy. As part of the first stage of the renovation of the chapel, in 2013 it was drained together with securing the foundations of the building, while in 2014 the faĂ§ade was renovated and the roof replaced. In the second stage, in 2015, the whole interior of the chapel will be renovated, external stairs will be renovated with the entrance to the crypt. After the renovation of the interior of the chapel, it will be possible to use the object for services. [source: Wikipedia, 2743362]
gallery
⮜⮿⮞
Wikipedia, Cultural heritage monuments in Poland with known IDs, Old cemetery in Szczawnica, Self-published work 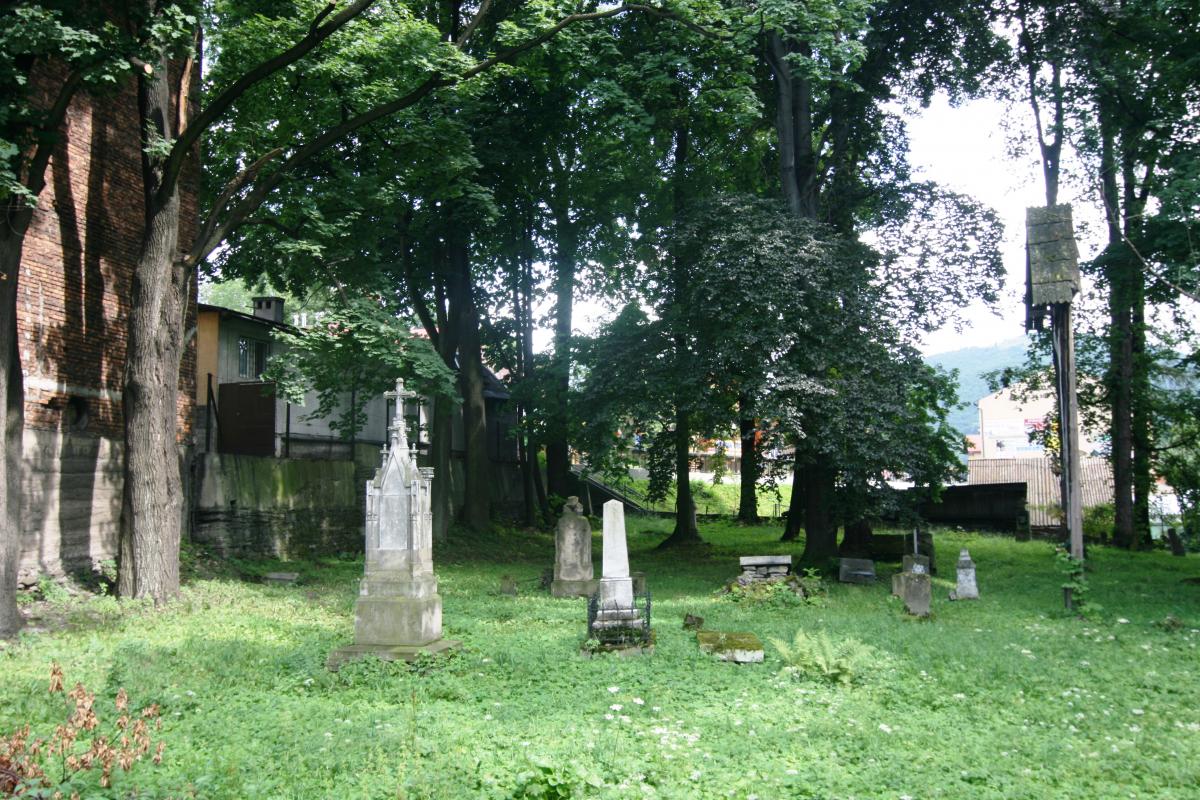 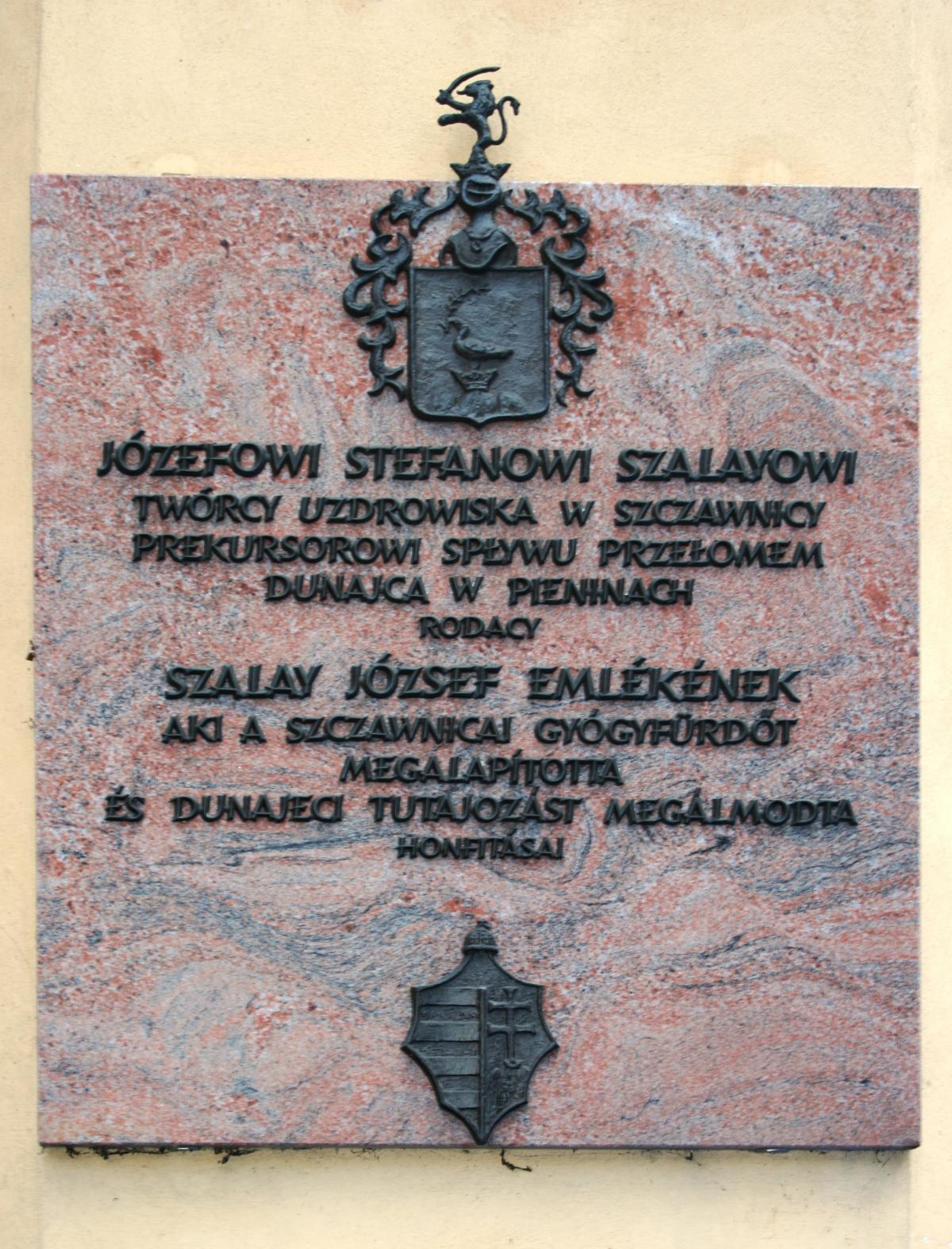 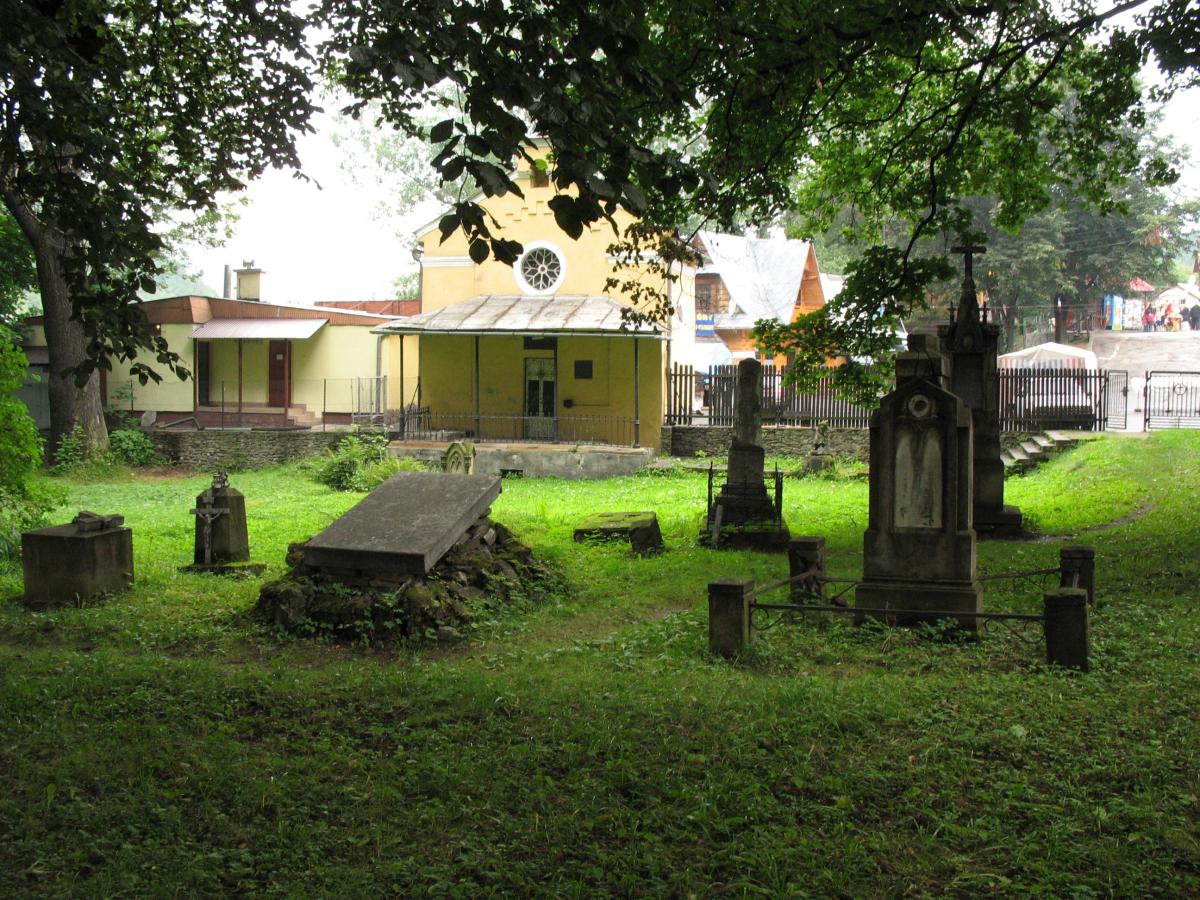 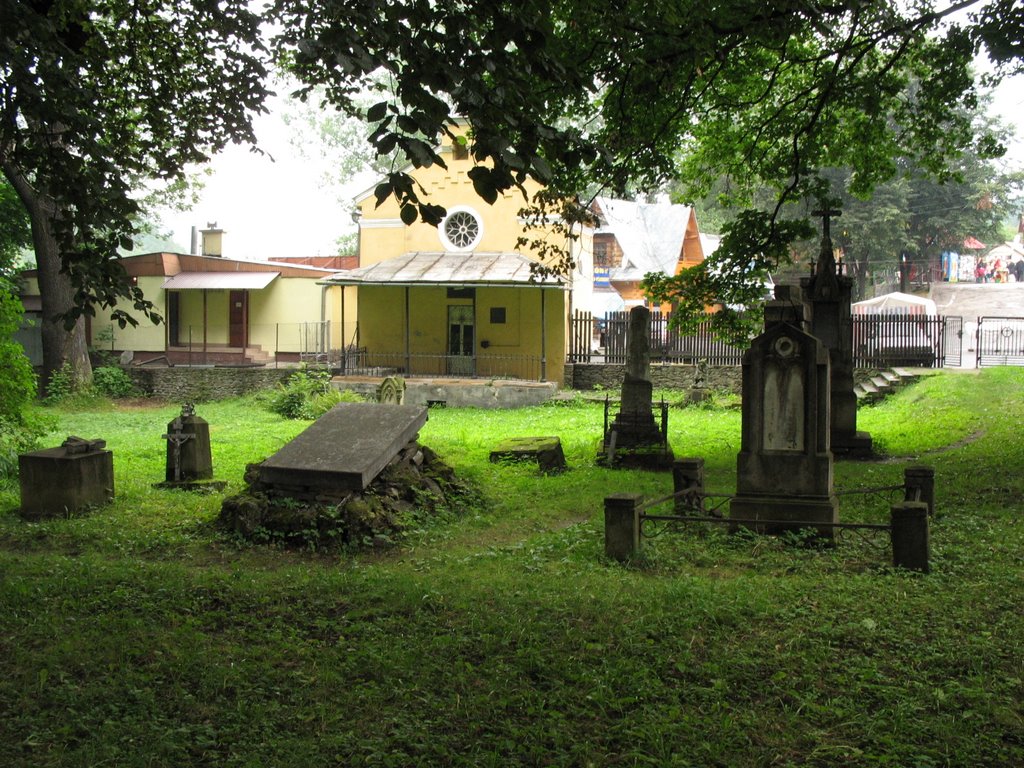 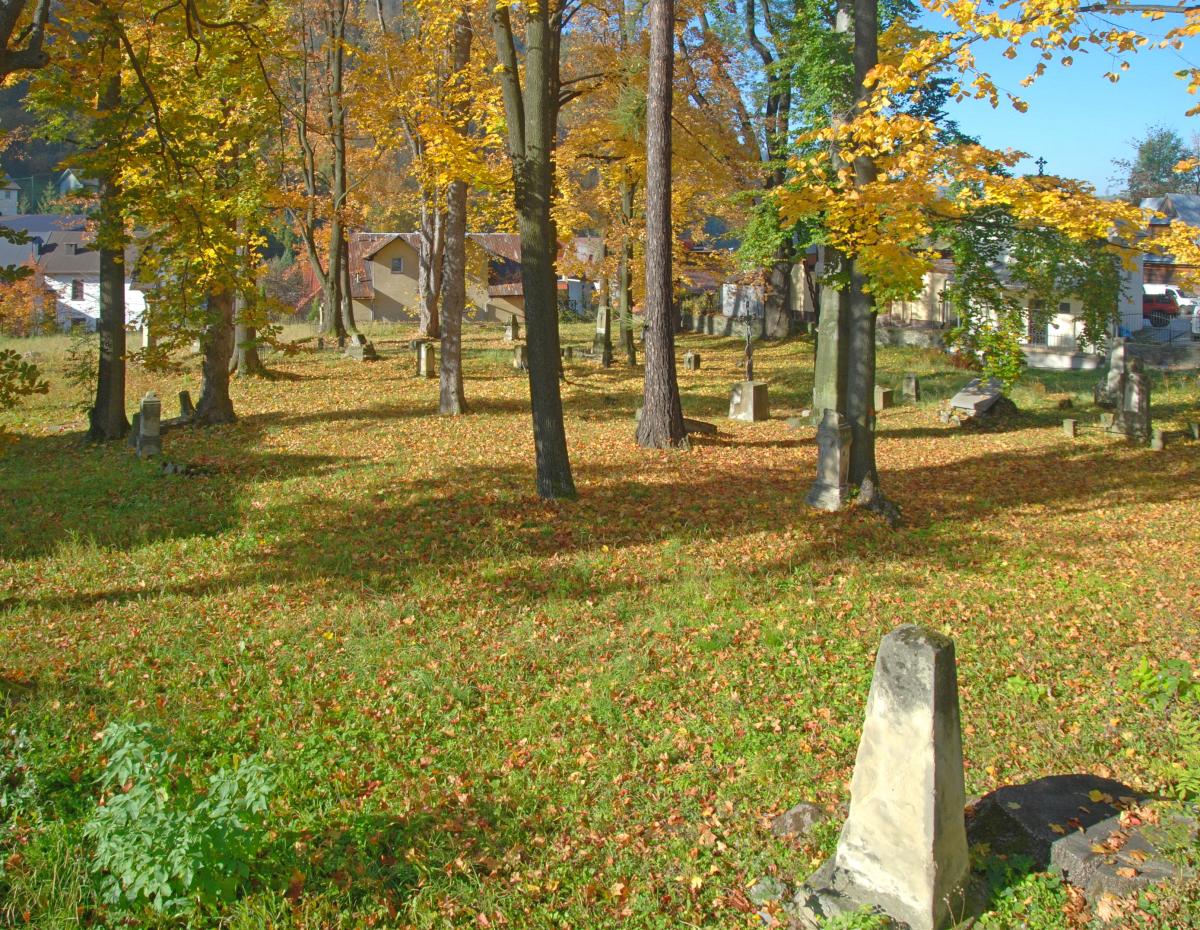