Light the virtual candle
gallery
Edit the description of the cemetery
add photos
number of votes 0
A beautiful cemetery
Return to the main page
Cemetery of the Holy Trinity in Bydgoszcz - Catholic cemetery (4 ha) in Bydgoszcz with a communal section (1.2 ha). [source: Wikipedia, 1977390]
Position
The cemetery is located at the junction of urban units: BĹ‚onie, Wilczak and Jary, in the south-west part of Bydgoszcz, between Stawowa, WĹ‚adysĹ‚awa IV, Ostroroga and LotnikĂłw Streets. Near the necropolis there is a parish church. Christ the King. [source: Wikipedia, 1977390]
History
The cemetery in its communal part was built on the site of the former Evangelical necropolis . In the years 1920-1939 people of different faiths were buried here. However, the Catholic part of the cemetery is associated with the establishment in 1924 of the parish of the Holy Trinity in BĹ‚onie in Bydgoszcz. In the 1920s, the parish priest of the new parish, Fr. MieczysĹ‚aw Skonieczny made efforts to acquire land for the parish cemetery. In 1932, the military authorities gave the parish a part of the training ground for the 16th Regiment of Uhlans Wlkp . The area had an area of 4 ha and was located at the exit of the city at ul. SzubiĹ„ska, in the field of UĹ‚aĹ„sko, known as BĹ‚onie . It was decided that the new necropolis would also be a garrison cemetery. The cemetery was opened in September 1933. Its design was carried out by the director of the City Gardens Marian GĂĽnzel, and the cemetery chapel was built by J. Jarocki from Bydgoszcz. The City Gardens Directorate also funded a monumental cross (height 8.6 m) in the middle of the necropolis . In 1962, the eastern part of the necropolis with the area of 1.2 ha was established as a municipal cemetery . [source: Wikipedia, 1977390]
Characteristic
The cemetery has dimensions: 300 x 150 m and area of 4 ha. About 1.5 thousand of people are buried there. people. Burials are only possible on the site of earlier graves . A municipal cemetery with an area of 1.2 ha is adjacent to the parish cemetery (on the other side of LotnikĂłw Street). 4.5 thousand are buried there. people and currently vacancies are missing . [source: Wikipedia, 1977390]
gallery
⮜⮿⮞
Wikipedia, Cemeteries in Bydgoszcz, Jagiellońska Street in Bydgoszcz, Media with locations, Pages with maps, Panoramio files uploaded by Panoramio upload bot, Panoramio images reviewed by trusted users, Photographs taken on 2012-01-09, Photos from Panoramio 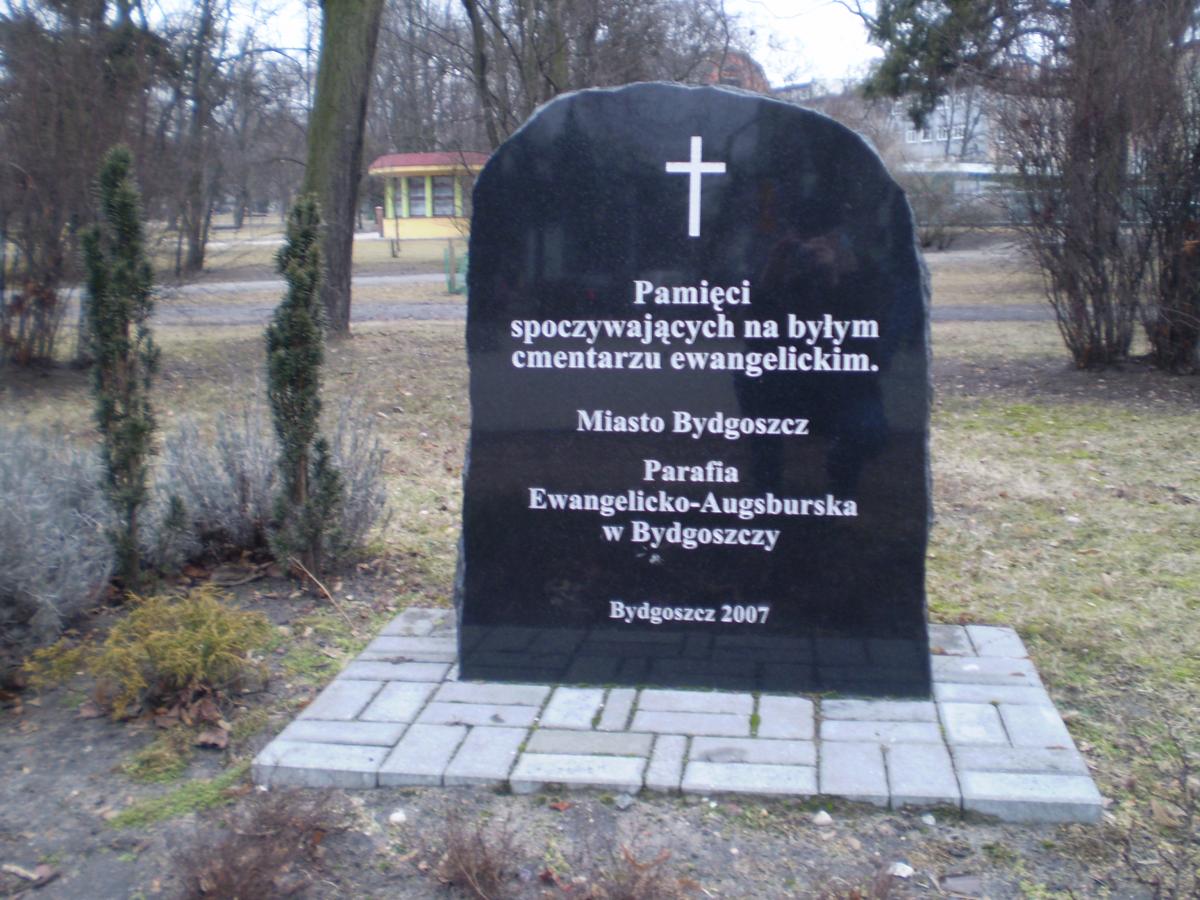 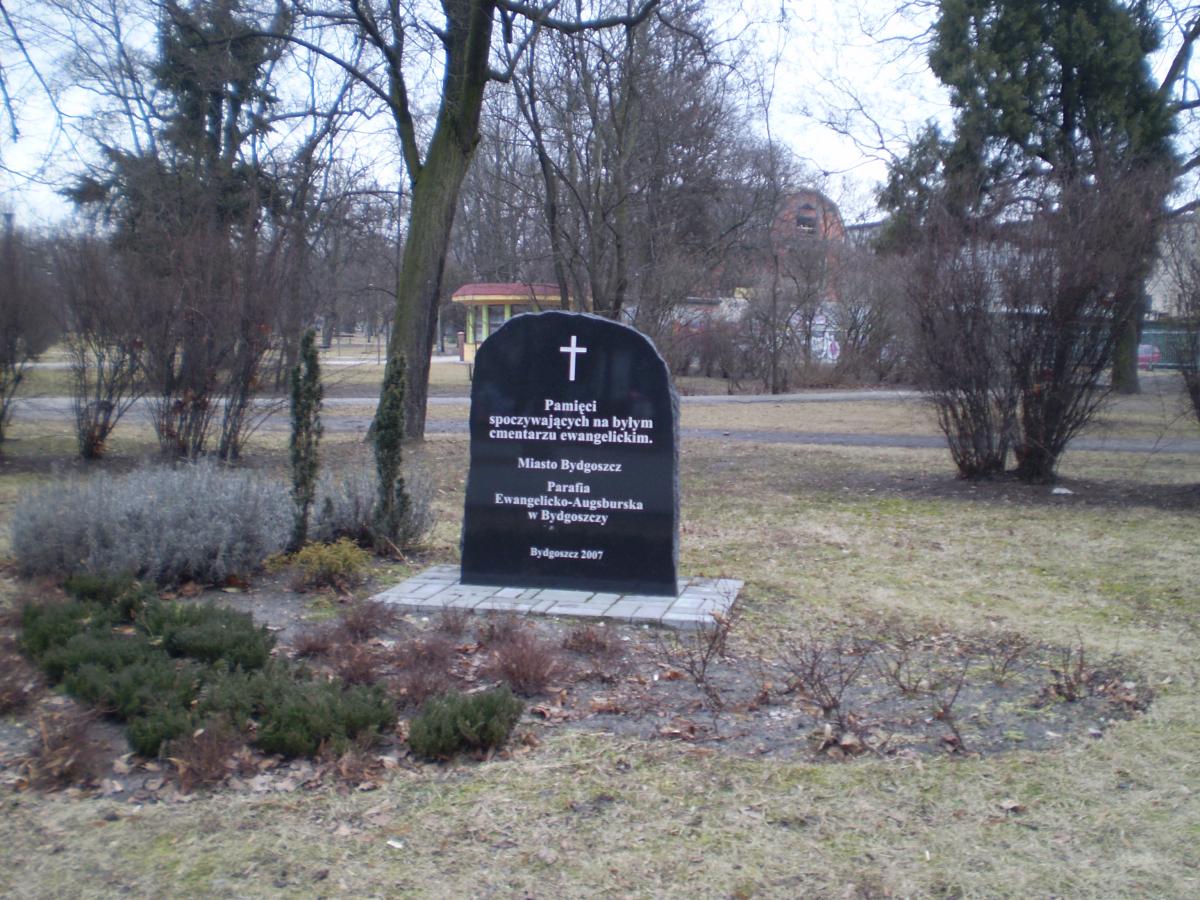 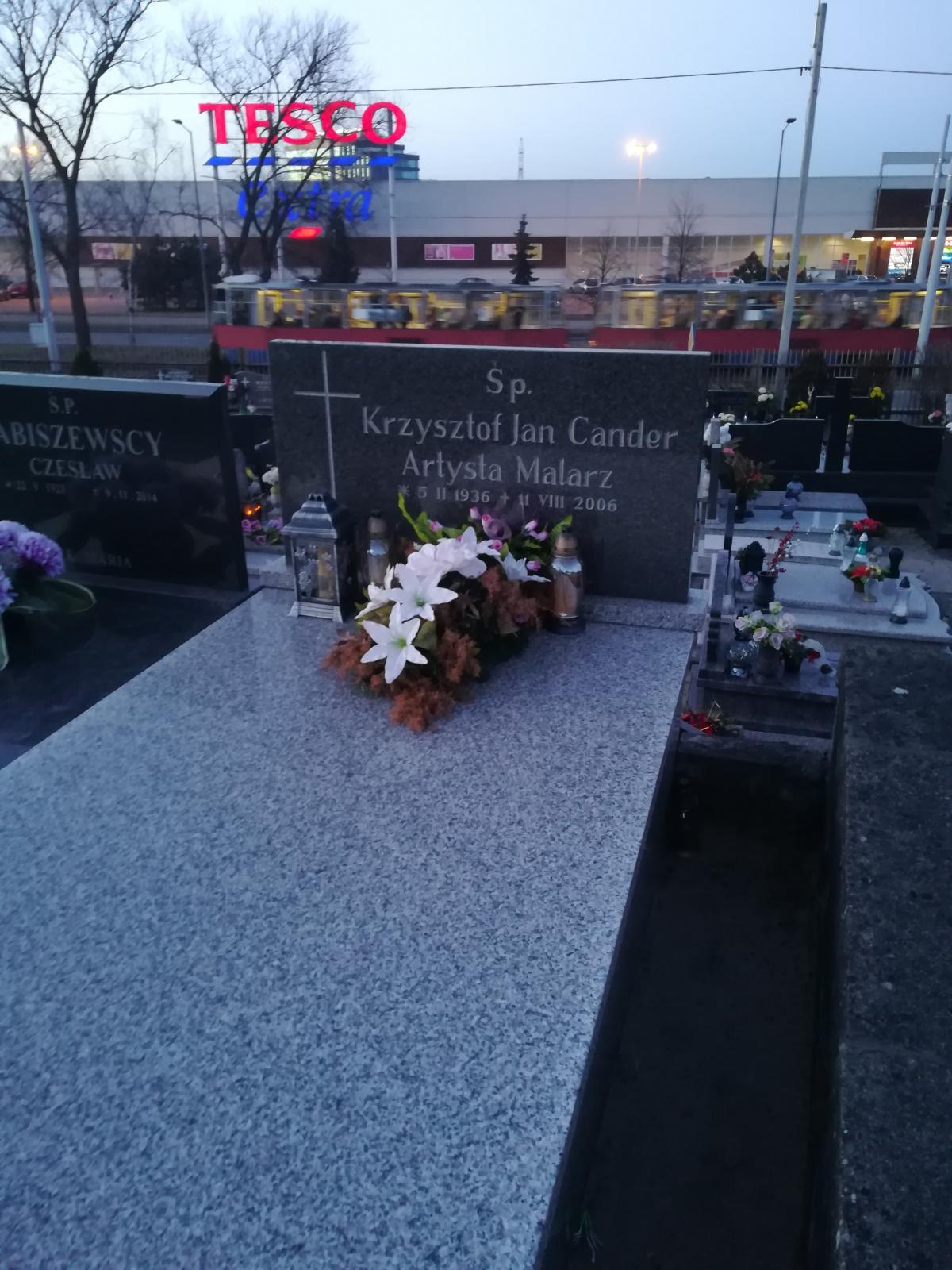