Light the virtual candle
gallery
Edit the description of the cemetery
add photos
number of votes 0
A beautiful cemetery
Return to the main page
War Cemetery No. 133 - Bobowa - an Austrian war cemetery from the First World War in Bobowa in the Lesser Poland Voivodeship, in the Gorlice poviat, in the Bobowa commune. It is one of 400 Western-Galician war cemeteries built by the Cemetery Graves Division of the C. and K. Military Commanders in Krakow. In the 4th district of ┼üu┼╝na, there are 27 cemeteries . [source: Wikipedia, 2434321]
Description of the cemetery
It has the shape of a rectangle and is located as a separate accommodation on the parish cemetery in Bobowa. It was designed by the Polish architect Jan Szczepkowski. The entrance gate is located on the side of the road No. 981 connecting Bobowa with Gryb├│w and is very similar to the cemeteries 119 and 134 designed by this architect. These are two massive, stone posts with a metal gate, and a concrete stairway leading to them with a wall on both sides. The main monument is a large iron, forged Latin cross with a height of 10 m. At the ends of the arms and at their junction are intricate metal glories. This type of cross does not occur in any other cemetery in the ┼üu┼╝na district. The fence consists of stone posts made of stone, a concrete foundation, and metal balustrade segments suspended between the posts. Tombstones of soldiers in the form of metal crosses on a concrete plinth. In the base of the cross a personalized plaque is integrated
the fallen
In 141 individual graves 113 soldiers of the Austro-Hungarian army, 4 German army and 22 Russian army were buried here. They died from September 1914 to May 2015
The fate of the cemetery
After the Second World War, cemeteries from the First World War were not cared for and they were subject to natural destruction, and acts of vandalism were also occurring.
gallery
⮜⮿⮞
••
Wikipedia, Self-published work, World War I Cemetery nr 133 in Bobowa 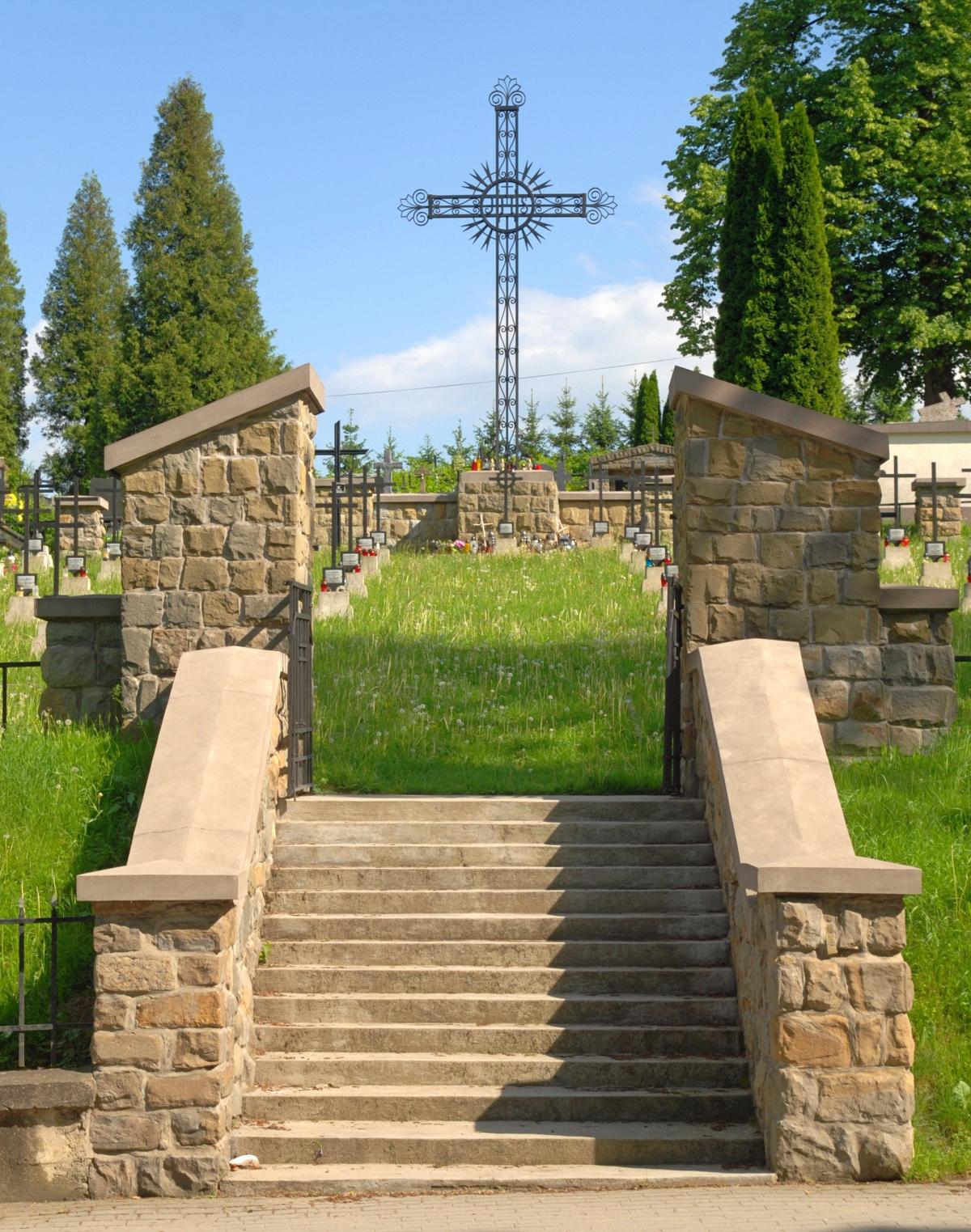 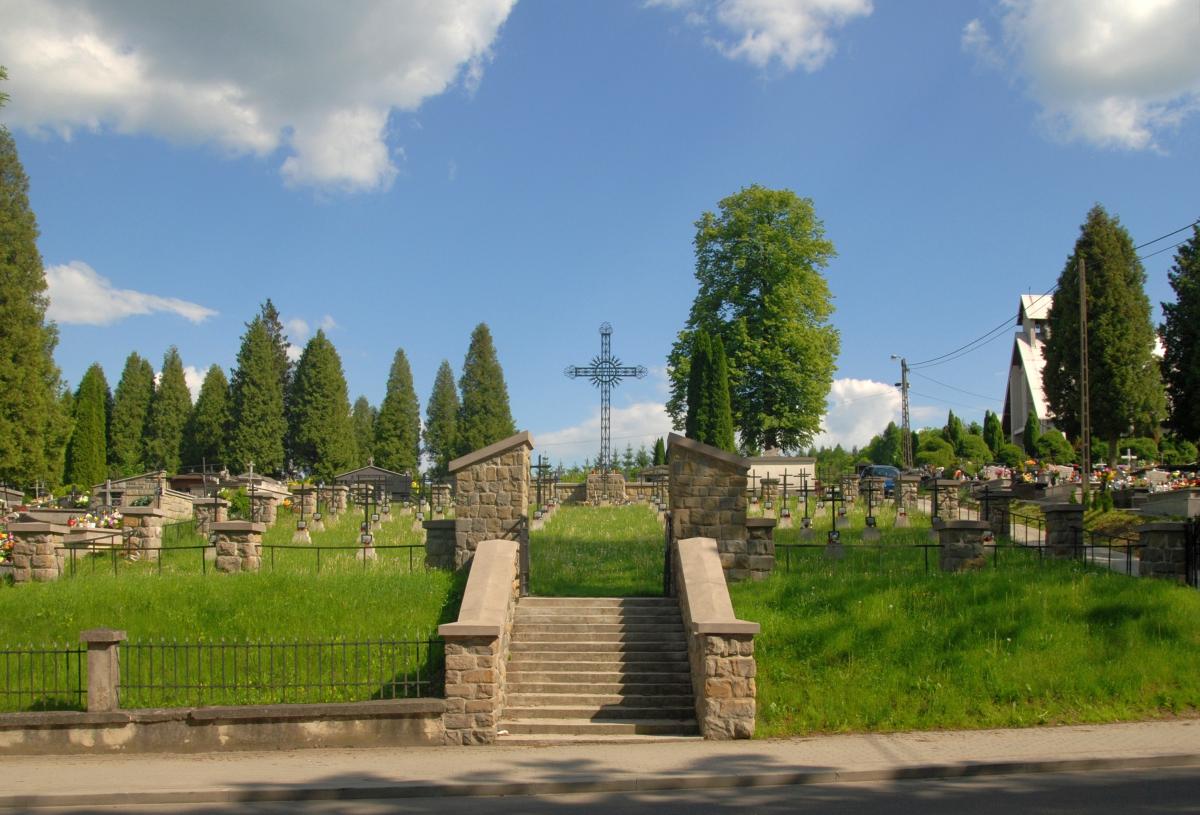 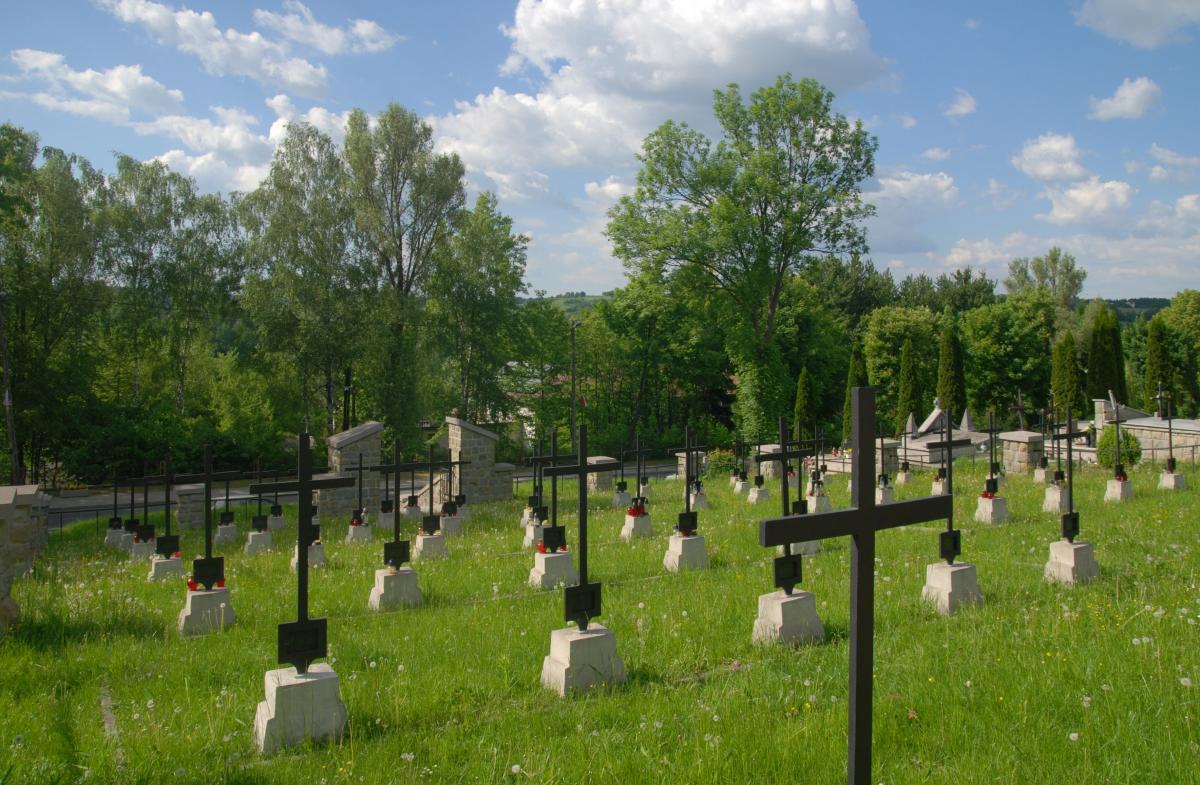 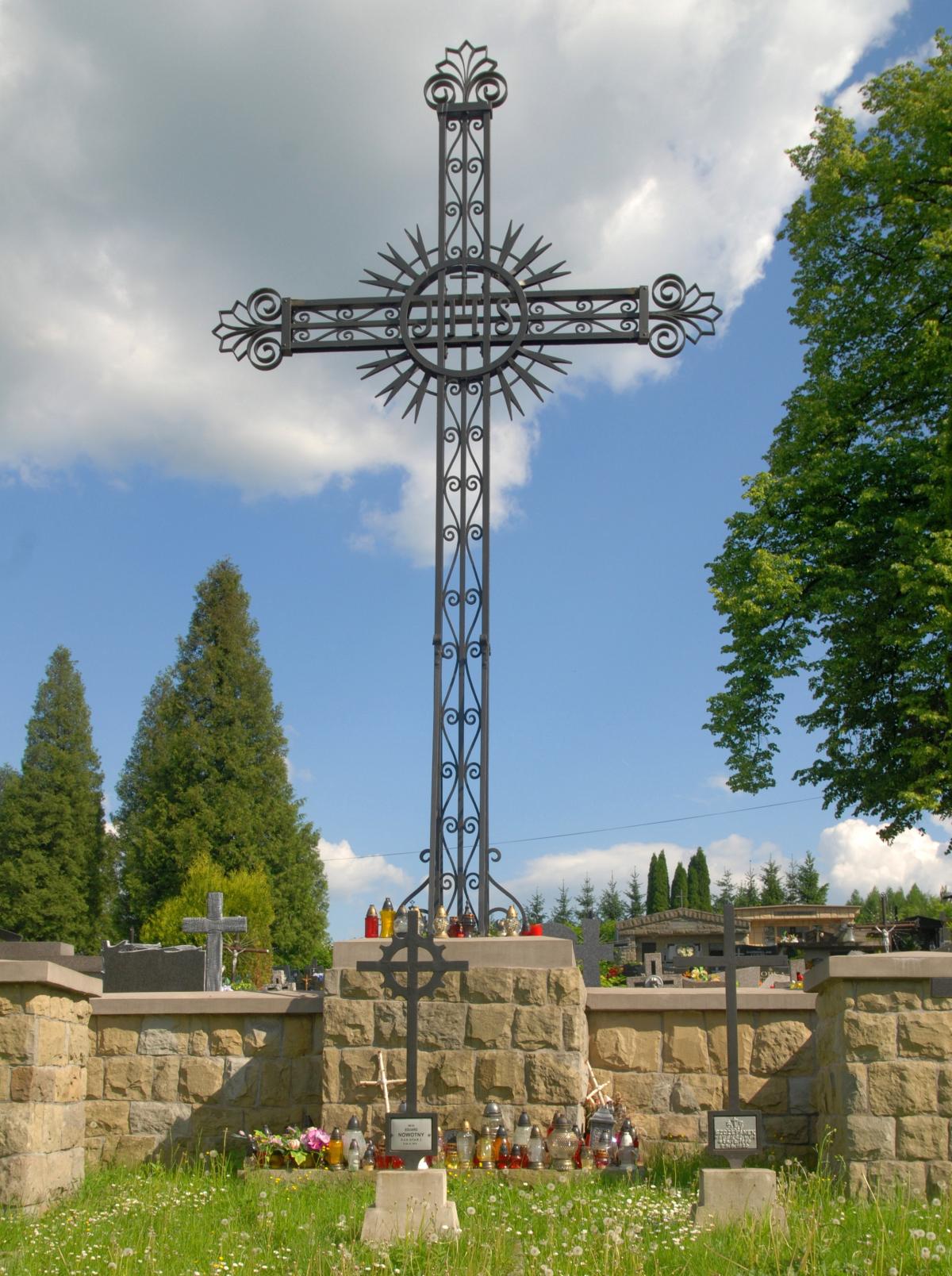 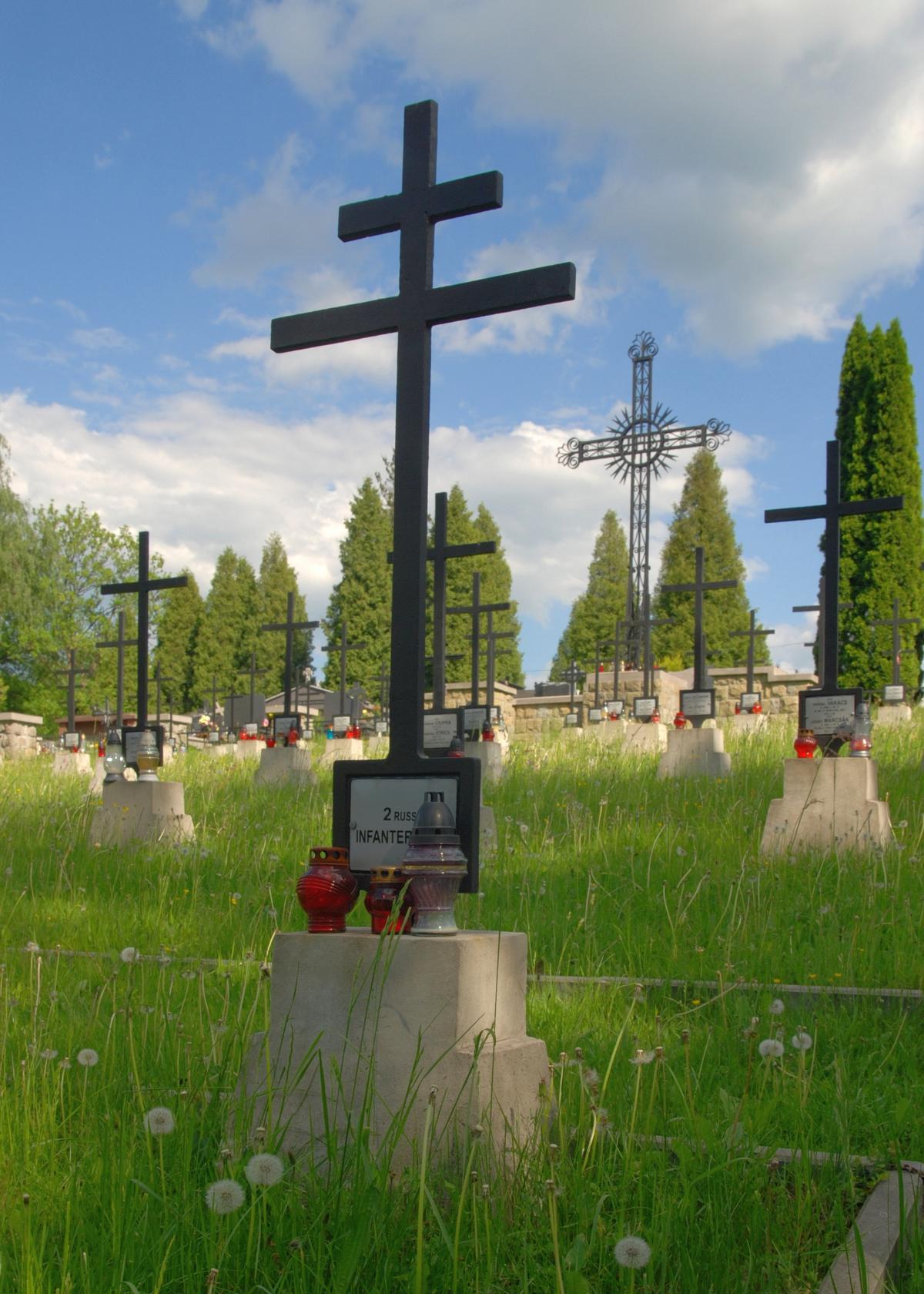 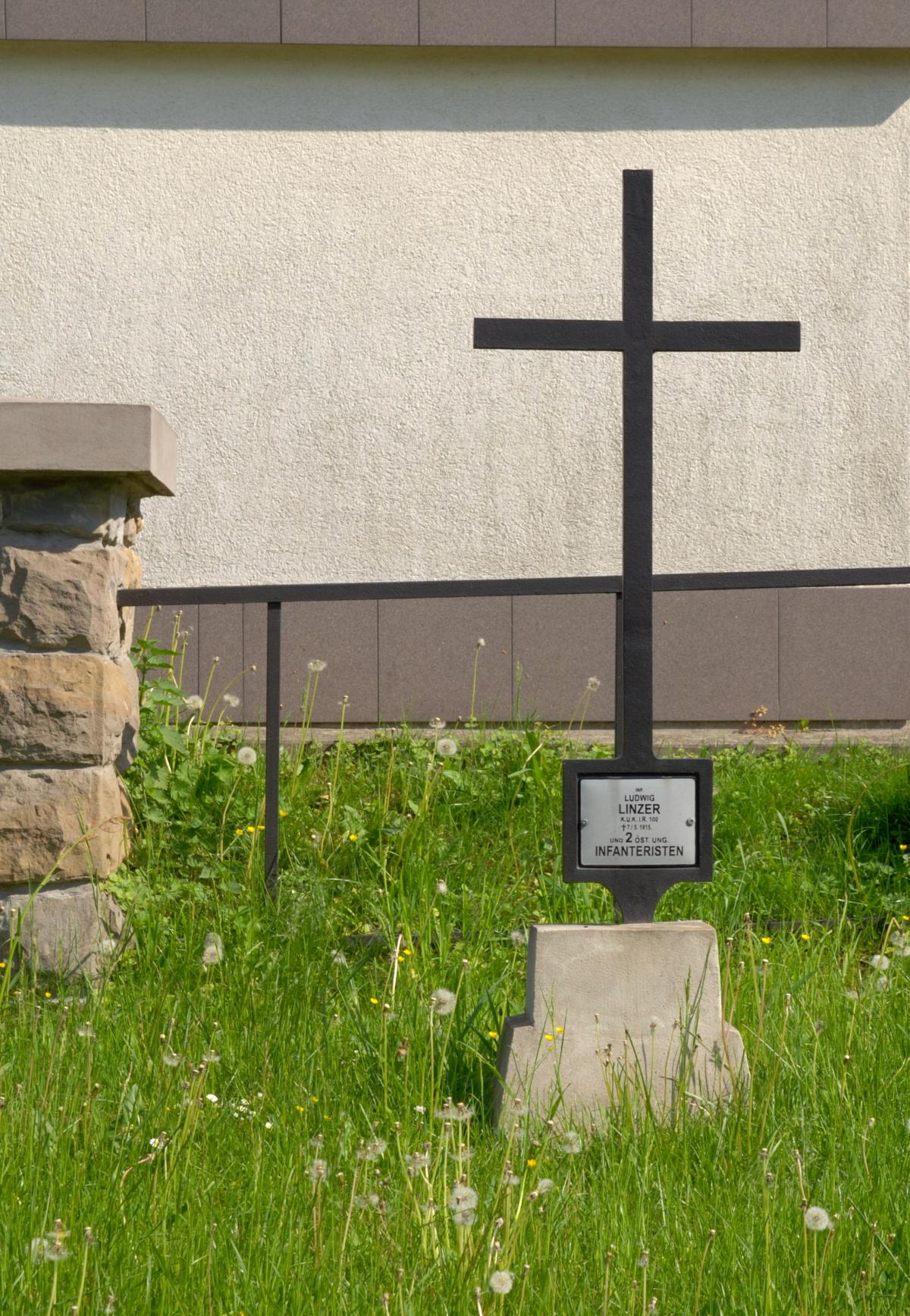 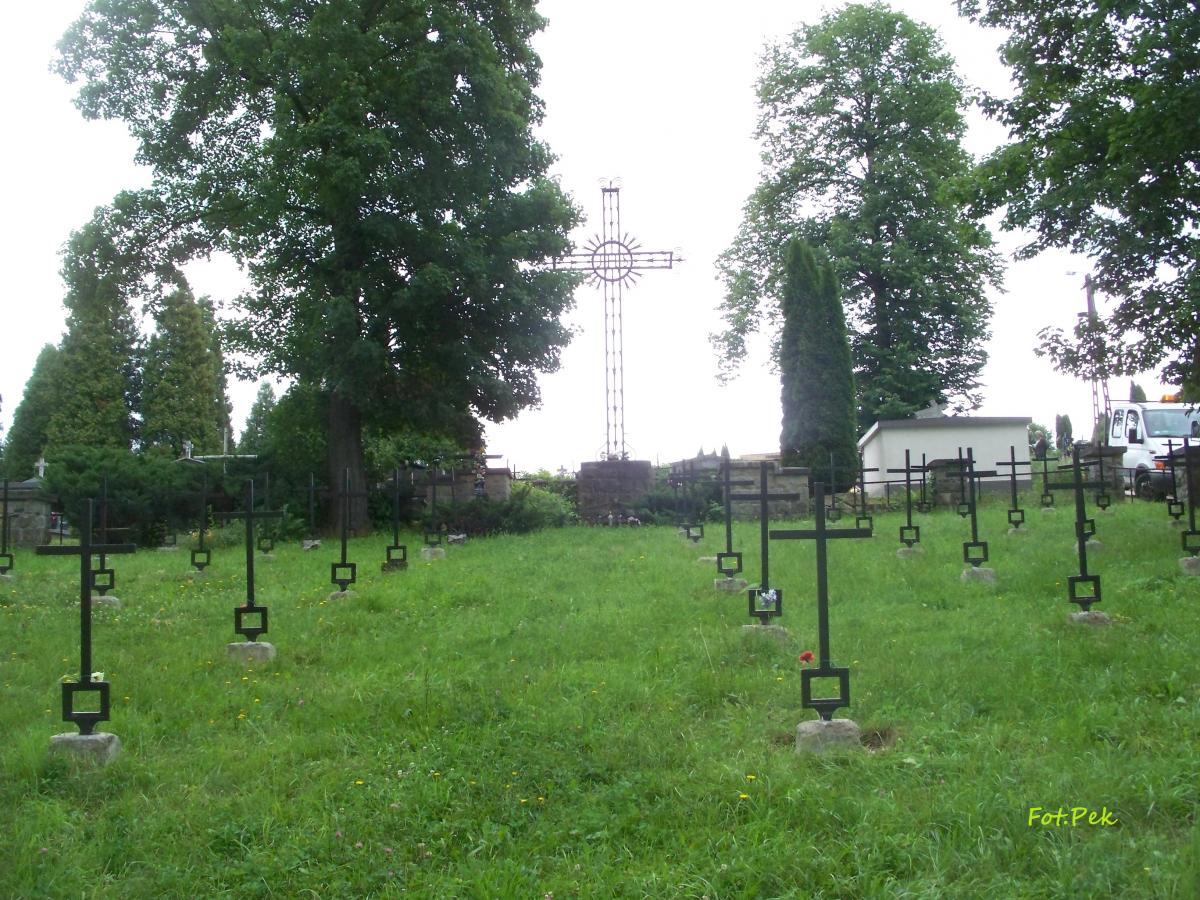 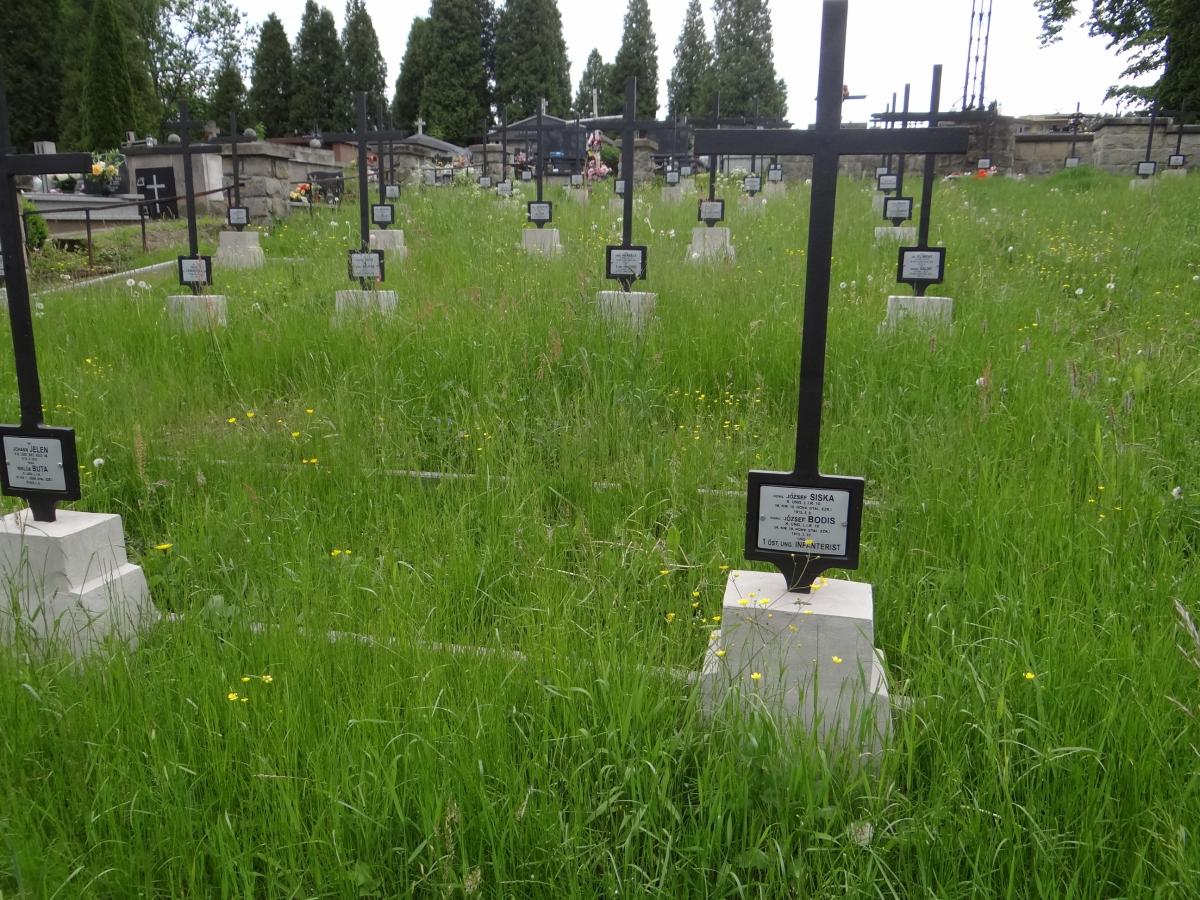 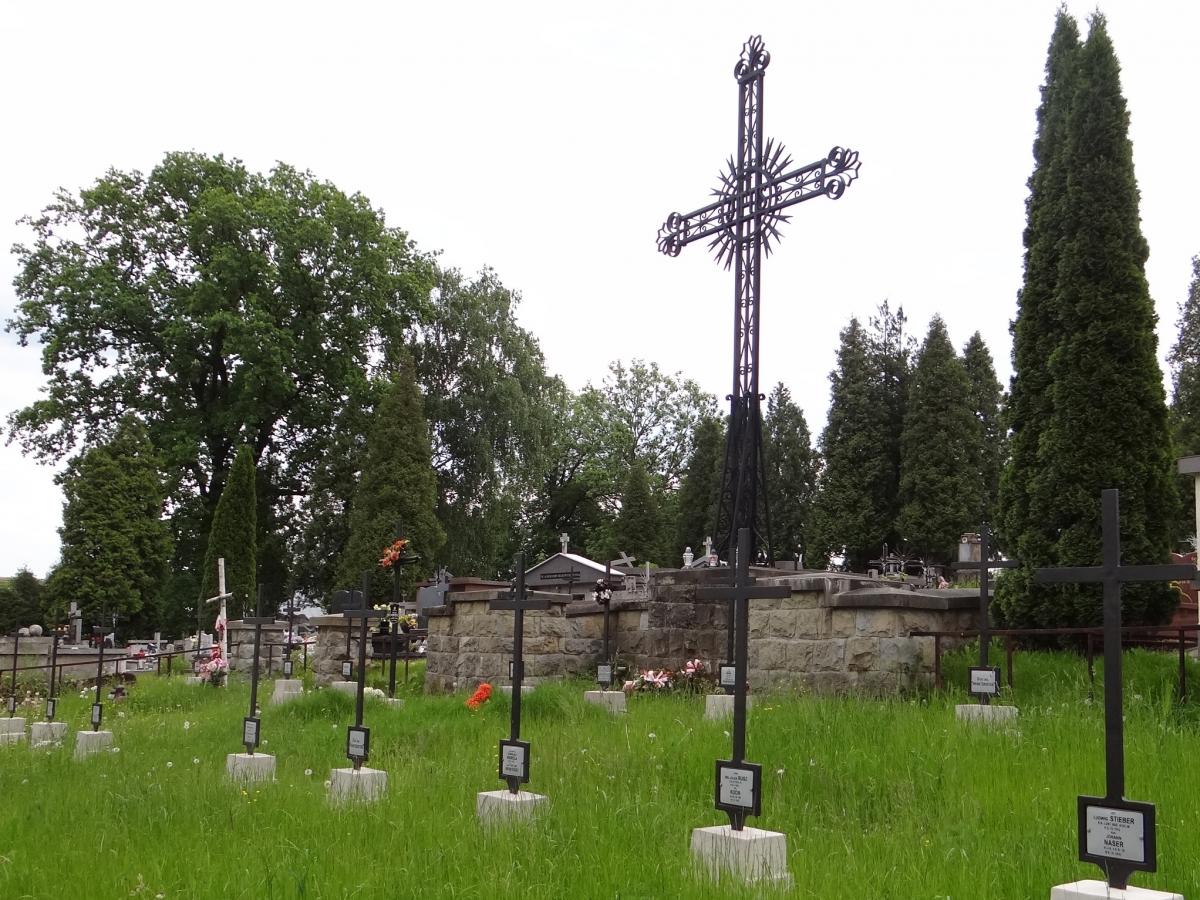 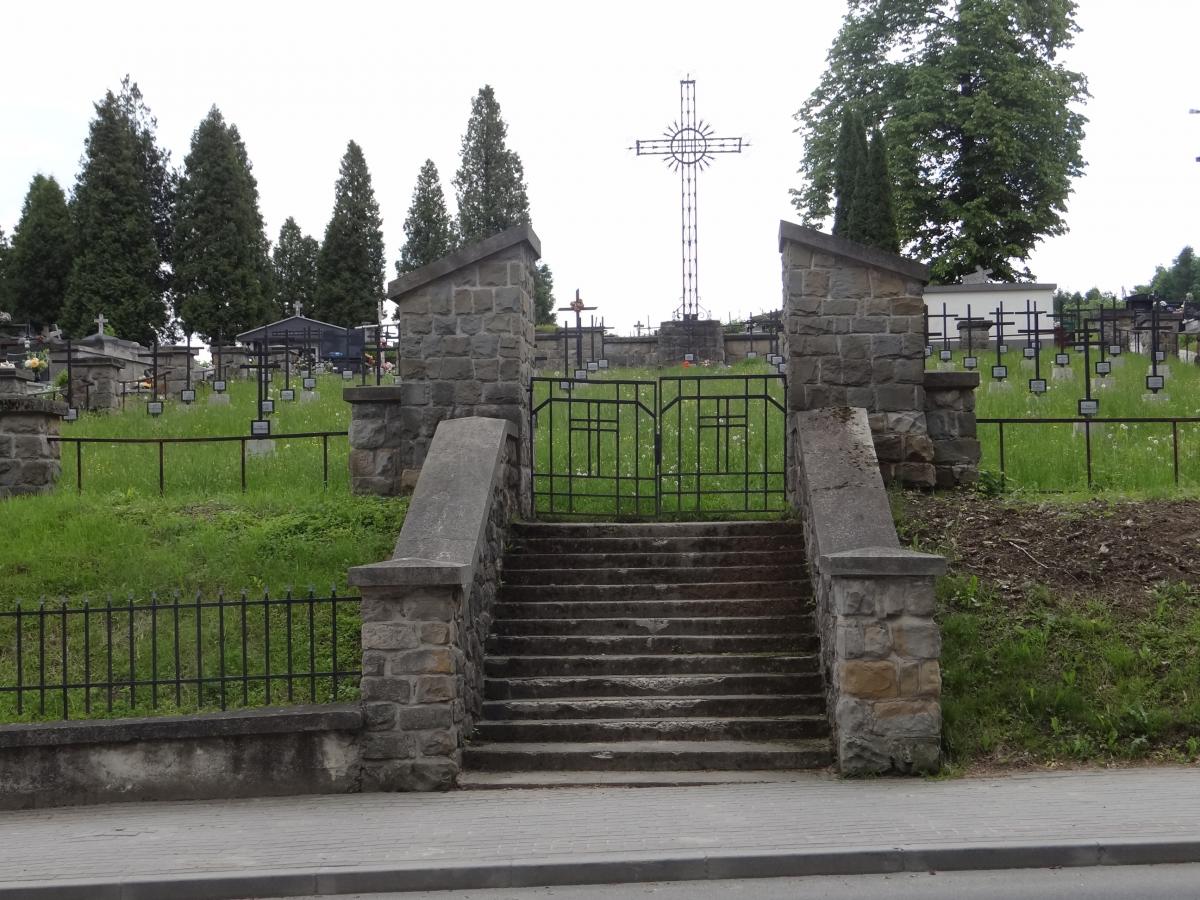