Light the virtual candle
gallery
Edit the description of the cemetery
add photos
number of votes 0
A beautiful cemetery
Return to the main page
War Cemetery No. 140 - Tursko - cemetery from World War I, designed by Jan Szczepkowski or Karl Scholich, located in the village of Tursko in the Tarnów district, in the Ciężkowice commune. One of over 400 Western-Galician war cemeteries built by the Cemetery Graves Division of the C. and K. Military Commanders in Krakow. In the 4th district of Łużna, there are 27 cemeteries . [source: Wikipedia, 2450375]
Location
The cemetery is located on a hill rising to the right of the Biała river. You can get to it by bridges from Bogoniowice or Ciężkowice. A narrow asphalt road leading to the forest where the cemetery is located leads to the hill with the cemetery. This route is marked by a marked bicycle trail. The cemetery is invisible from the road. It is reached by a forest road (about 200 m). [source: Wikipedia, 2450375]
Description of the cemetery
It is built on a rectangular plan on a slope descending to the south side. It is a large object with an area of over 2000 m. It is surrounded by a stone wall with a concrete roof. Entrance through a double-leaf iron gate at the bottom of the cemetery. In the back of the cemetery there is a monument in the fence. It is a concrete cross with a height of about 3 meters set on a pyramid-shaped pyramid height of about 2 m. A wide path leads from the gate to the monument. In its middle part there is one tombstone. All others are arranged in rows on both sides of the path. In the cemetery there were grave crosses of H. Mayer's project, the same as at cemeteries in Owczary or in Gorzejowa, and concrete steles with cast-iron plaques. There are several types of these crosses: * triple one-armed (Latin crosses) * triple with two transverse arms (Lorraine crosses) * single one-armed * single with two transversal arms All crosses are made of thick iron flat bars mounted on a concrete plinth and have name plates. There are also name plates on steles. [source: Wikipedia, 2450375]
the fallen
A total of 348 soldiers in 14 mass graves and 242 individual graves are buried in the cemetery. It's resting here : * 208 soldiers of the Austro-Hungarian army * 148 soldiers of the Russian army * 43 soldiers of the German army (including the 3rd Infantry Regiment of the Imperial Guard of the German Empire, 1st Infantry Regiment of the Imperial Guard of the German Empire
The fate of the cemetery
In the interwar period, the cemetery was still in good condition as new. After World War II, the importance of the cemetery in the awareness of the society and the then authorities decreased, because new, more recent cemeteries and dramatic stories of the new war came. The cemetery was naturally destroyed by weather and vegetation factors. It was only from the 1990s that more care was started for World War I cemeteries
gallery
⮜⮿⮞
Wikipedia, Self-published work, World War I Cemetery nr 140 in Tursko-Zapotocze 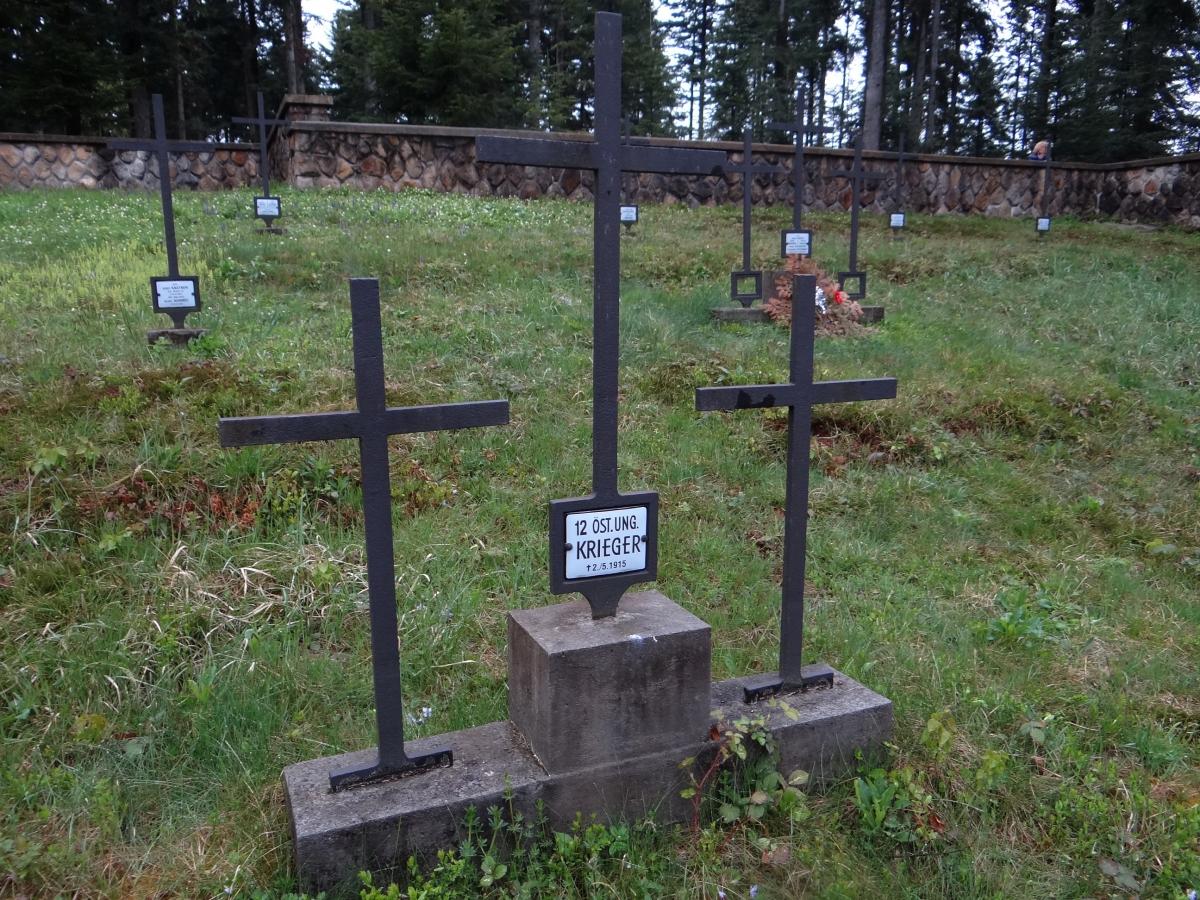 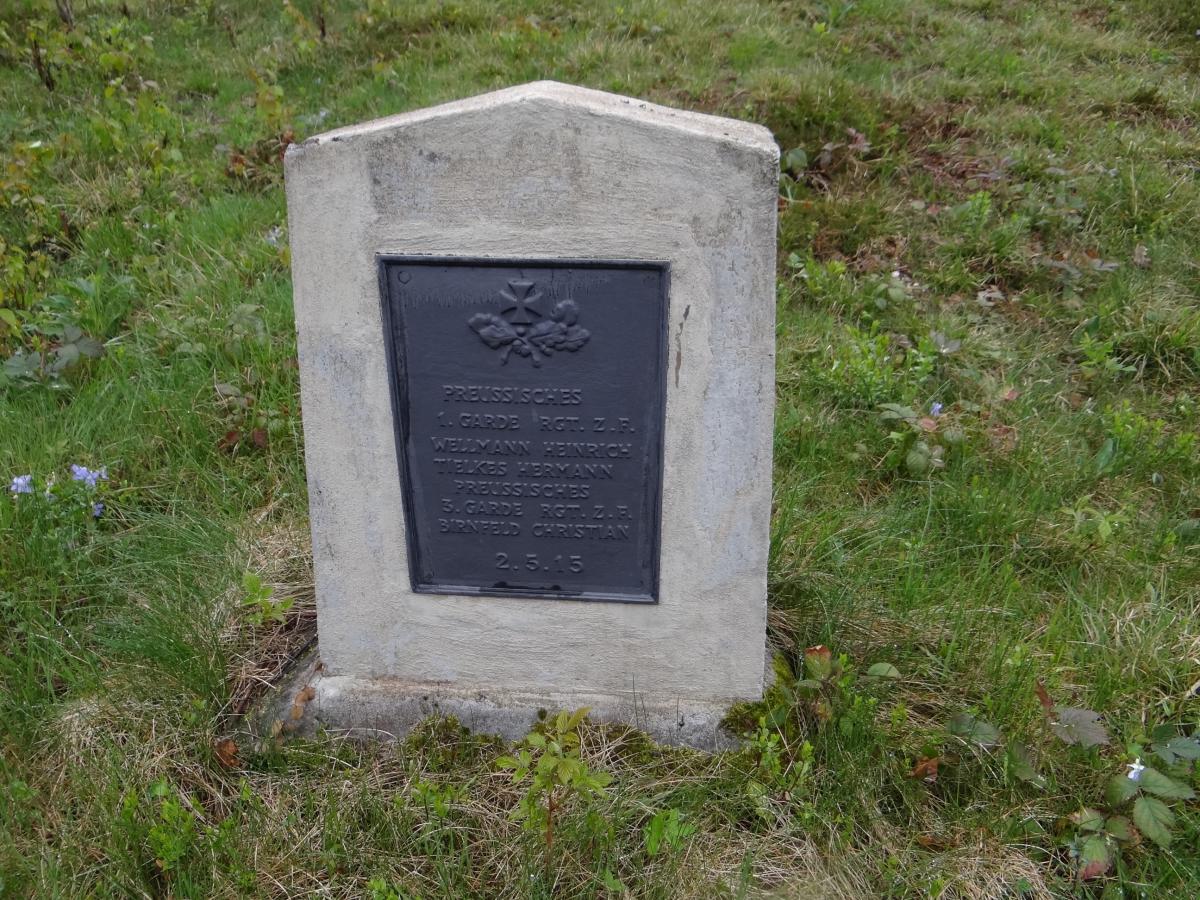 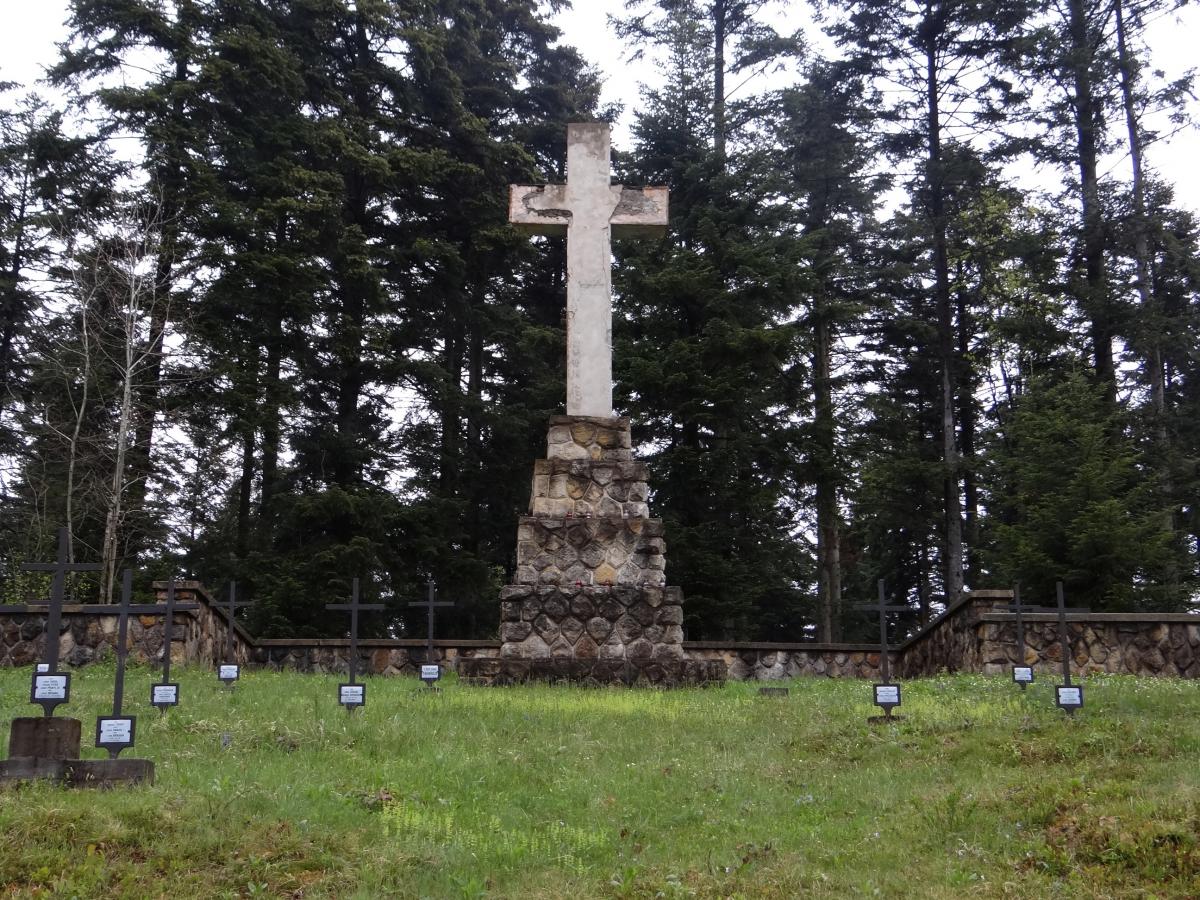 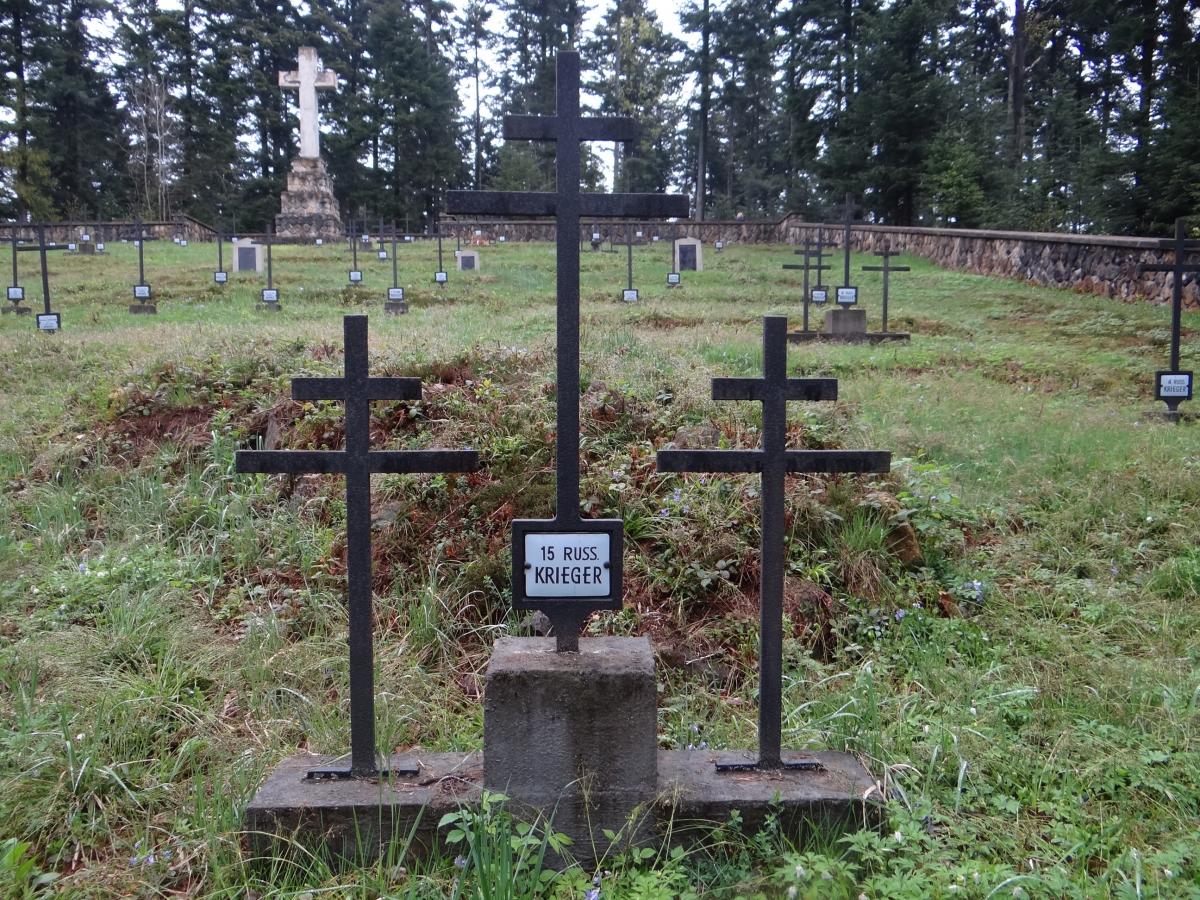 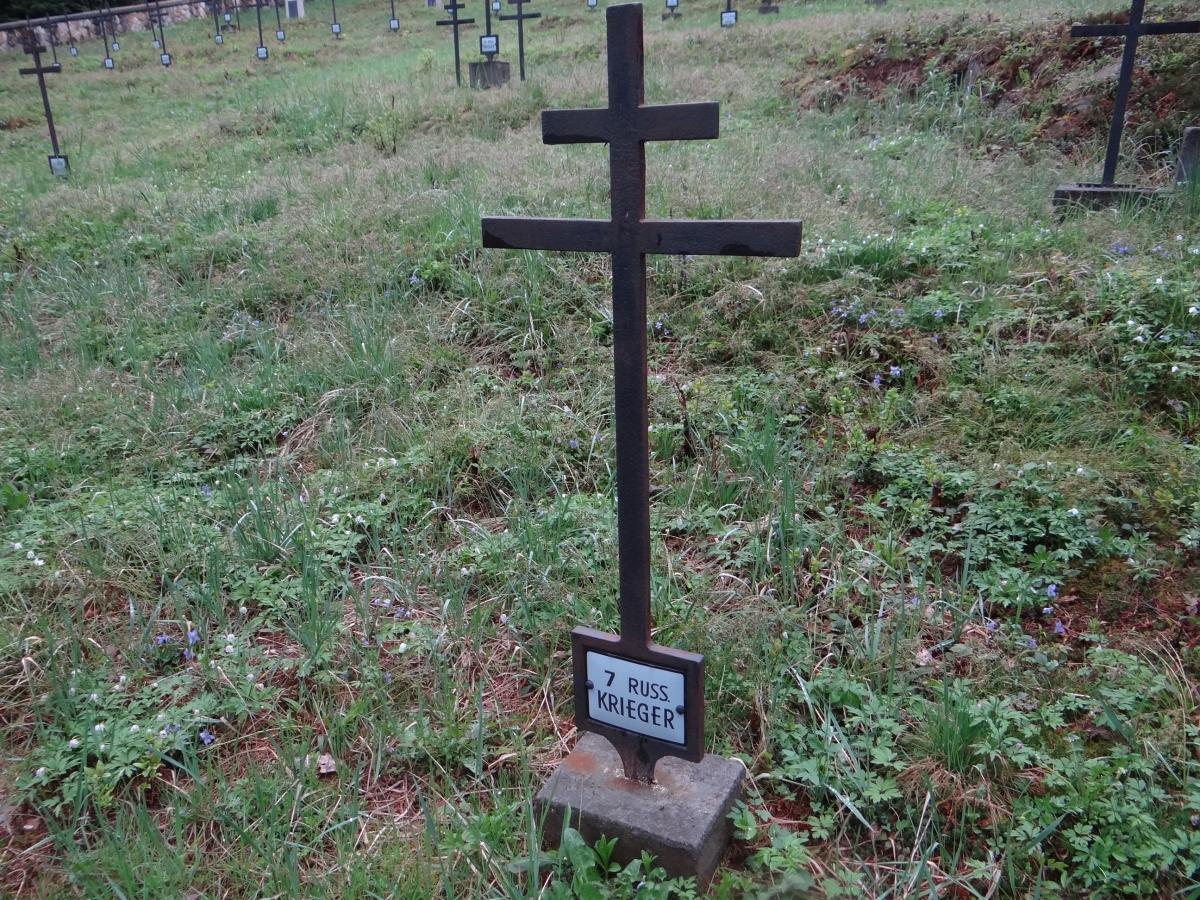 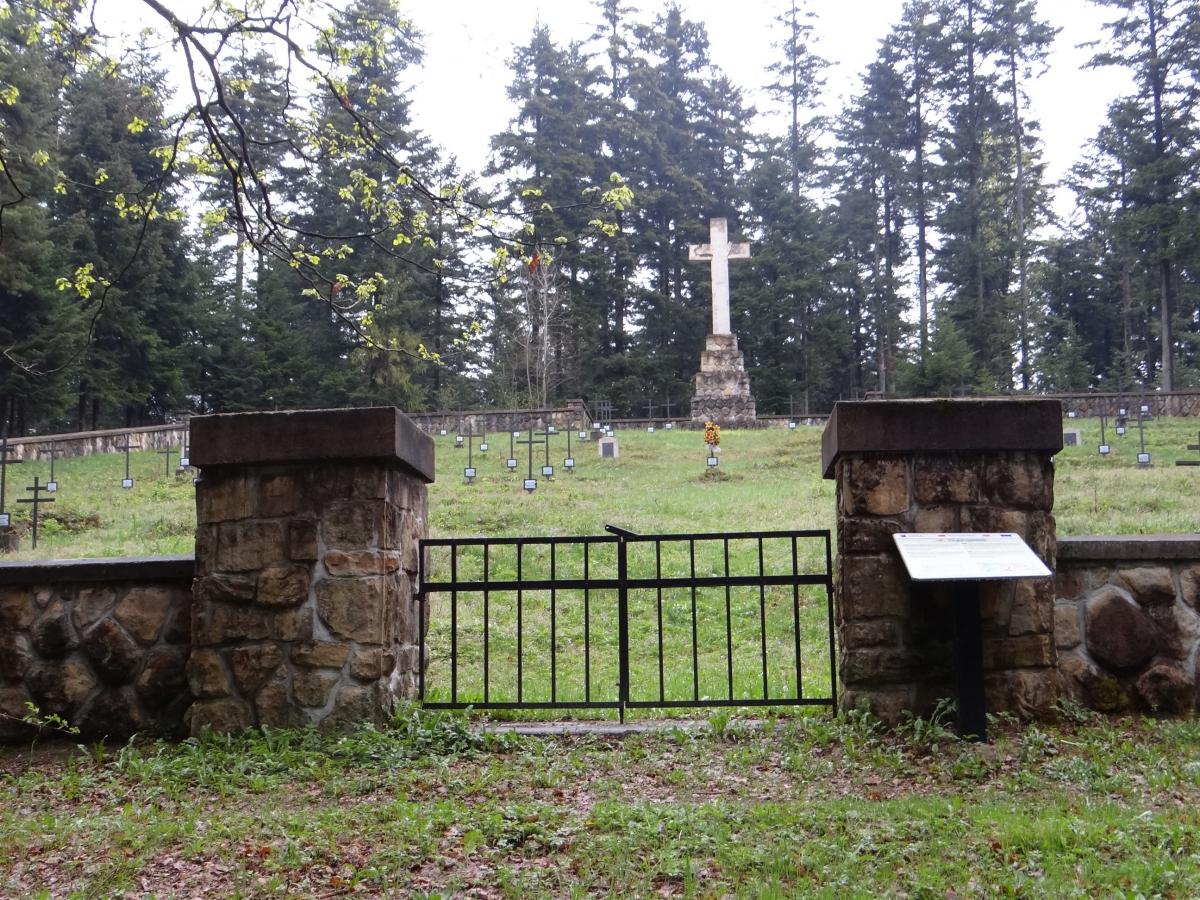 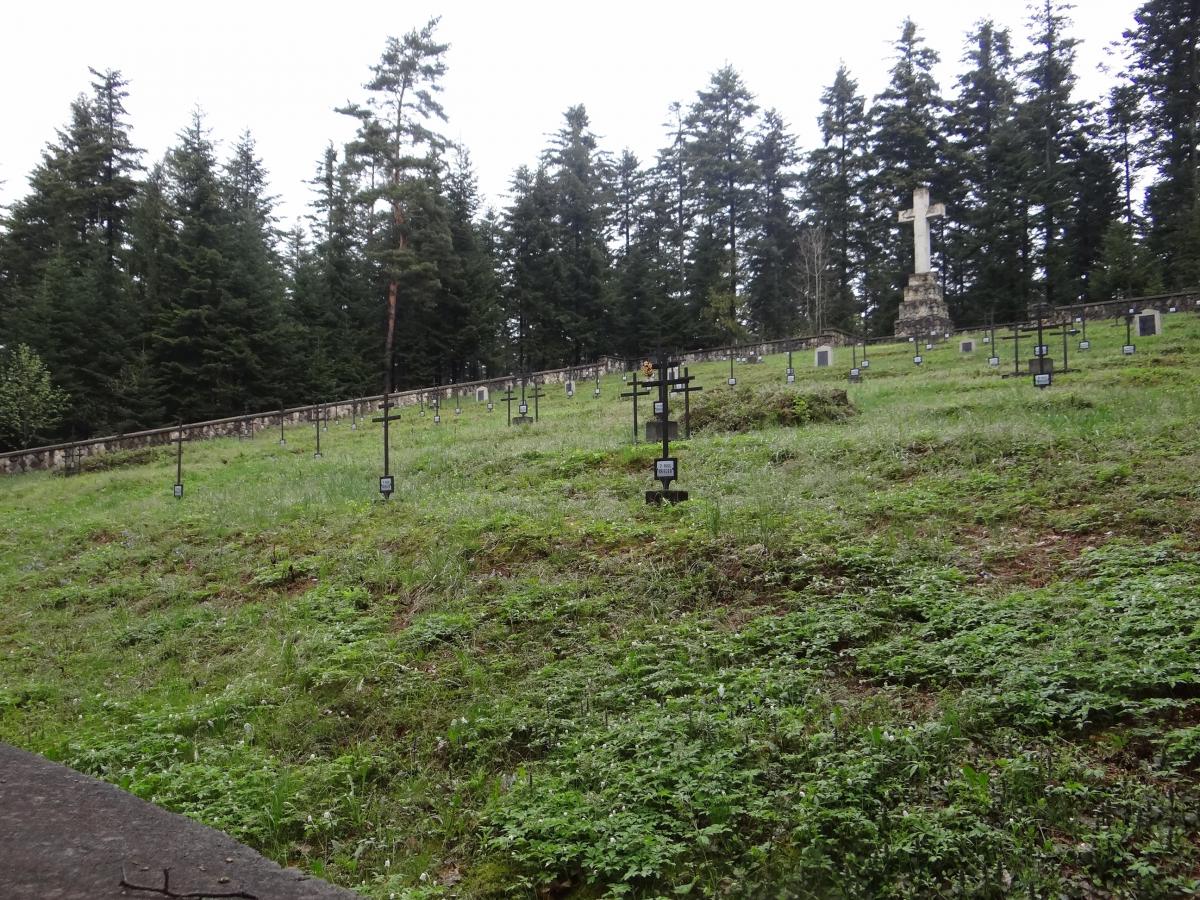 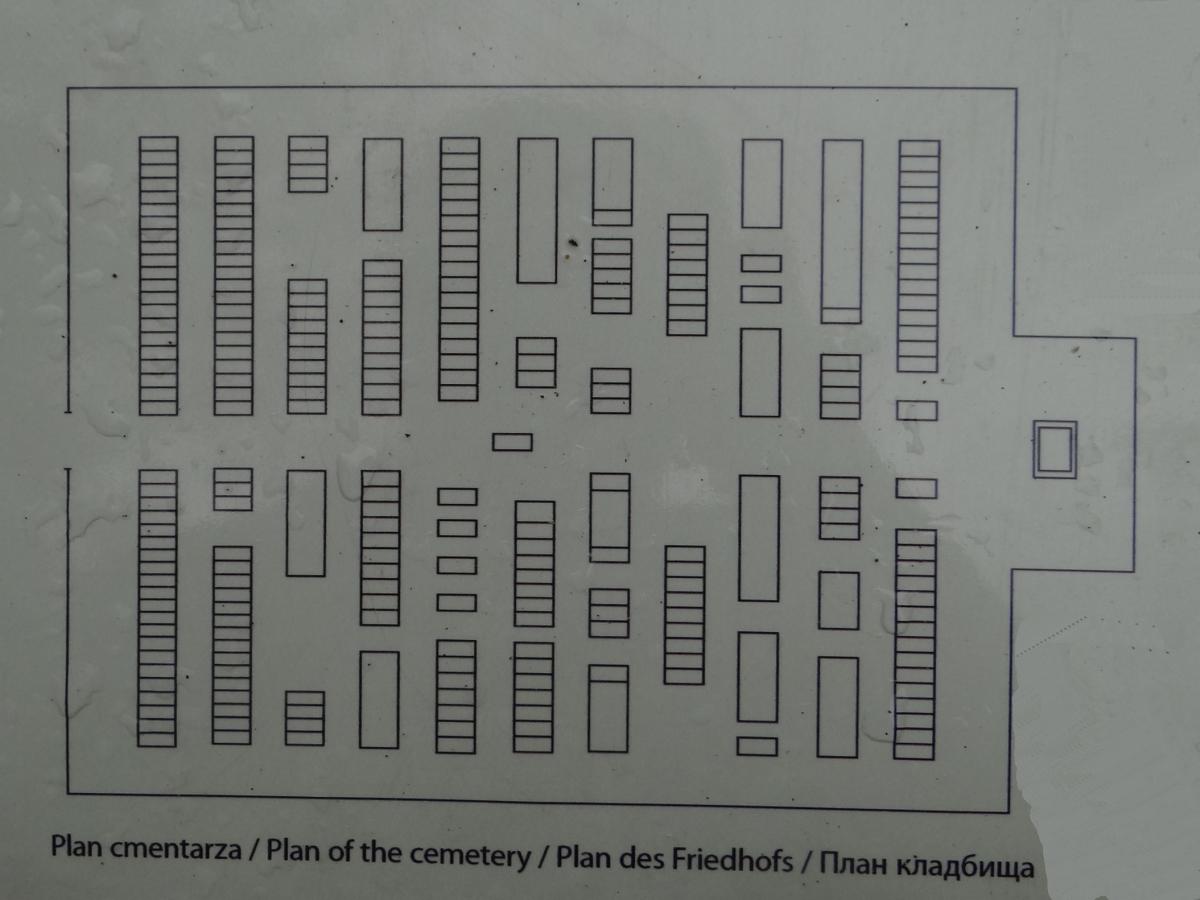 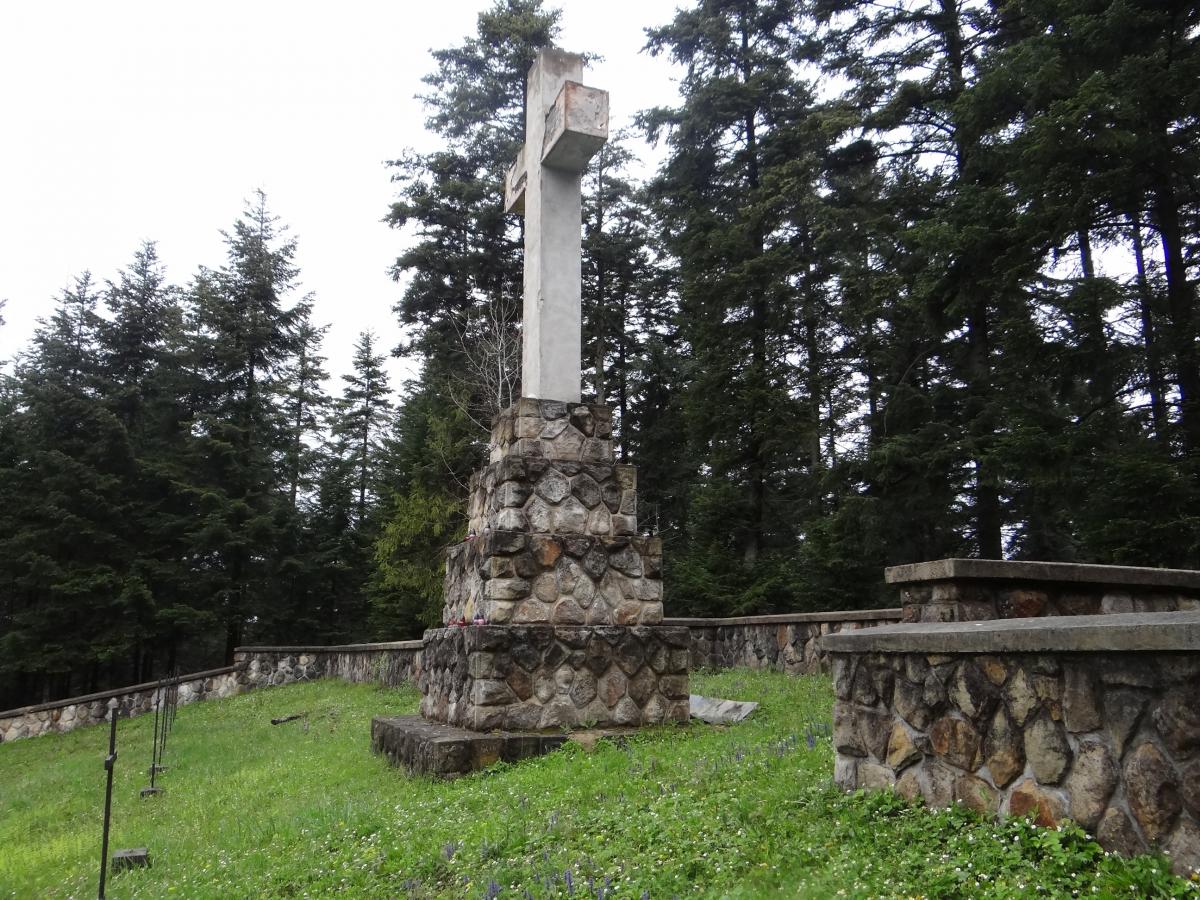