Light the virtual candle
gallery
Edit the description of the cemetery
add photos
number of votes 0
A beautiful cemetery
Return to the main page
War Cemetery No. 143 in Ostruszy - cemetery from World War I, located in the village of Ostrusza in the Tarn├│w district, in the Ci─Ö┼╝kowice commune. One of over 400 Western-Galician war cemeteries built by the Cemetery Graves Division of the C. and K. Military Commanders in Krakow. In the 4th district of ┼üu┼╝na, there are 27 cemeteries . [source: Wikipedia, 3475055]
Description of the cemetery
The cemetery is located on the road from Ci─Ö┼╝kowice through Ostruszy to Turzy . It is a medium-sized cemetery, built on a rectangular plan on a slope descending to the south side. On three sides it is surrounded by a solid stone wall covered with a concrete roof. From the side of the road, the fence is made of stone posts made of stone, between which wooden balustrade fence segments are suspended. Entrance from the road through the steps and through the double-winged gates made of thick wooden beams. They constitute the closure of a stone gate with a stone arch between posts. In front of the gate, in the middle of the cemetery there is a wooden cross set on a pedestal made of stone. Tombs of soldiers placed in six rows parallel to the long side of the cemetery. Steles of two kinds on graves
the fallen
There are a total of 331 soldiers buried in the cemetery in 14 mass graves and 92 individual burials, including
The fate of the cemetery
After the Second World War, the rank of cemeteries in the society's awareness and the then authorities decreased, they were not cared for and were naturally destroyed by weather and vegetation factors. It was only from the 1990s that more care was started for World War I cemeteries
gallery
⮜⮿⮞
Wikipedia, Self-published work, World War I Cemetery nr 143 in Ostrusza 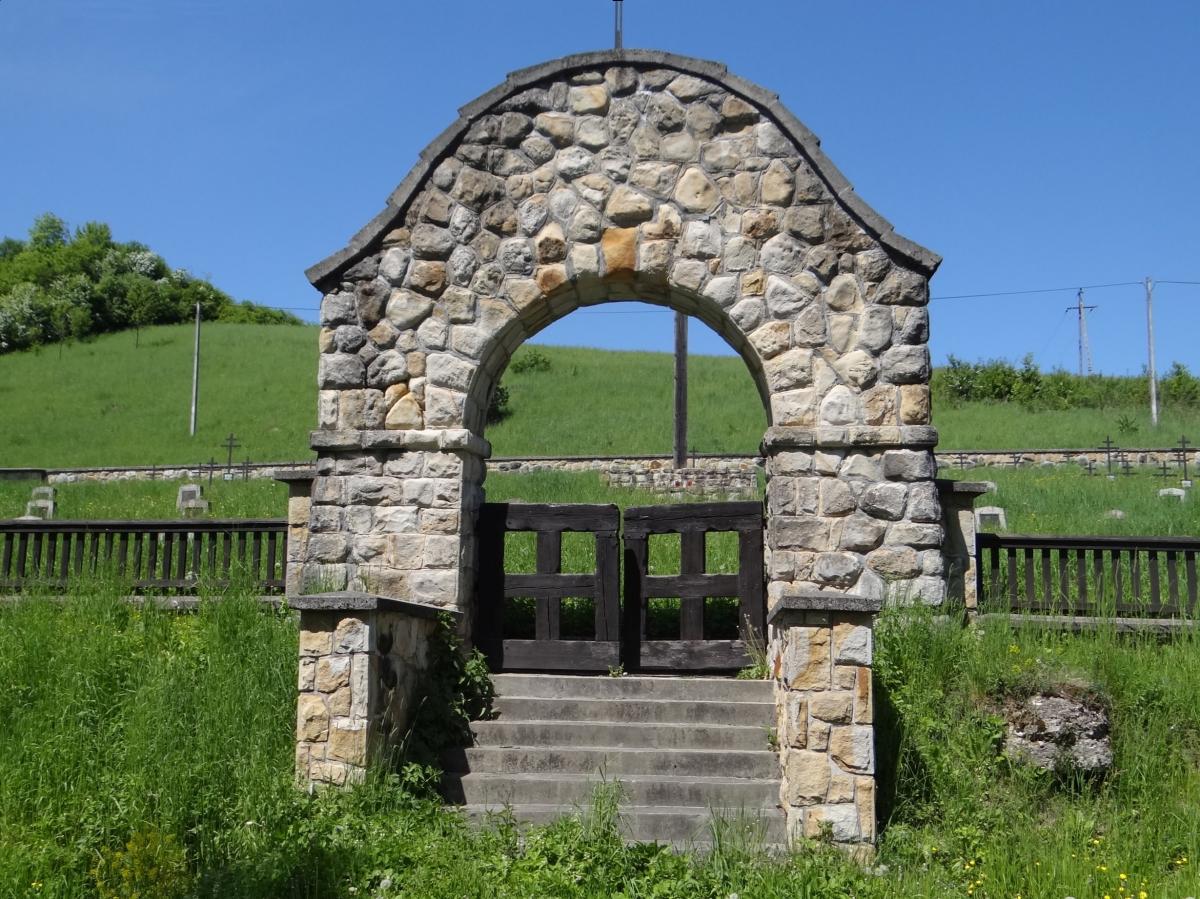 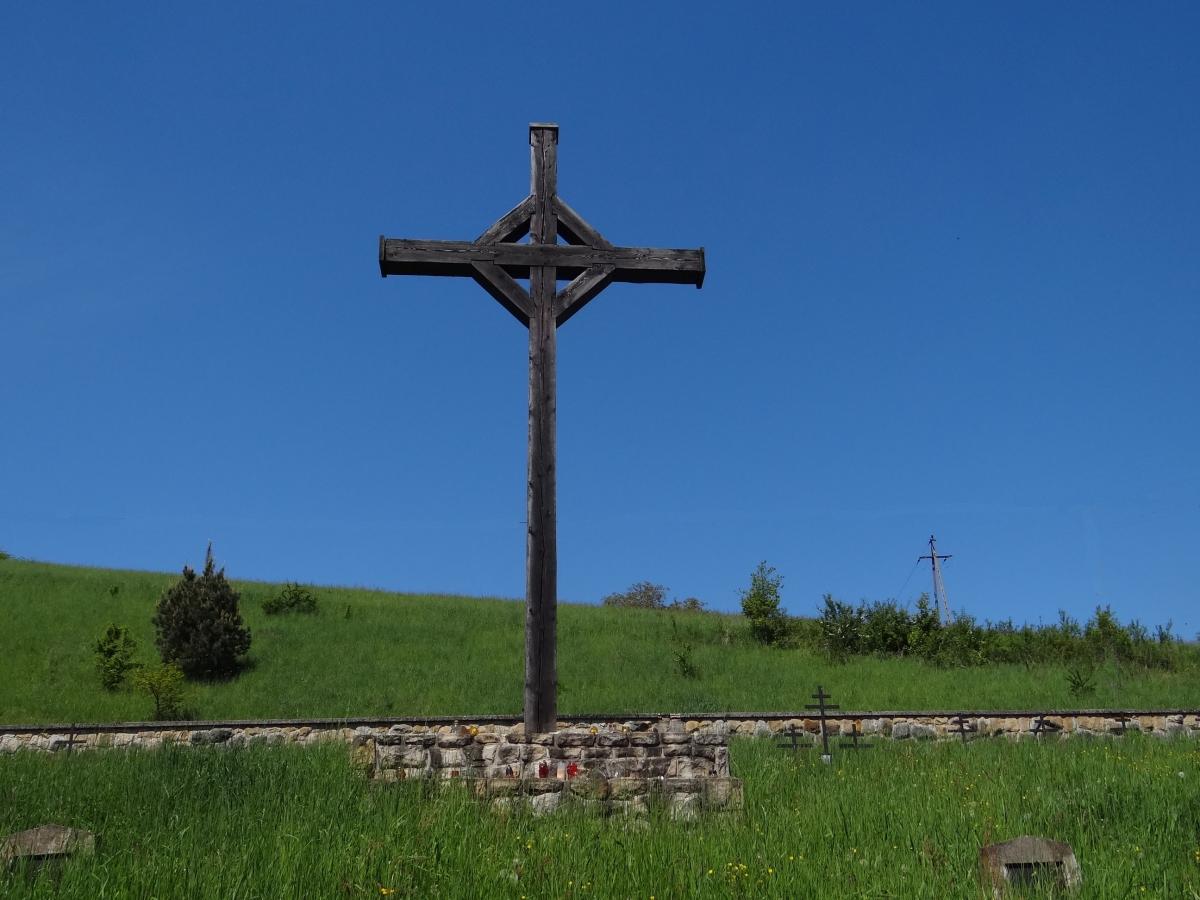 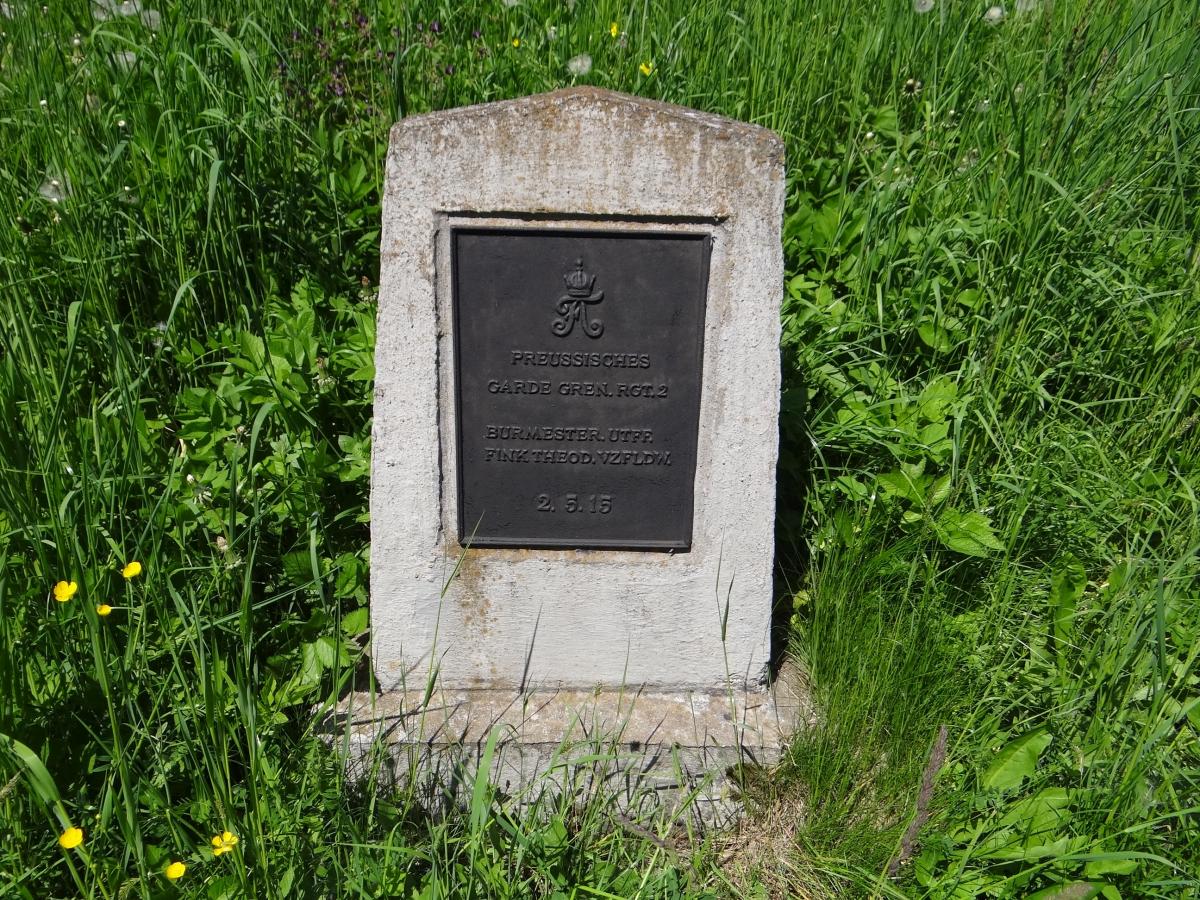 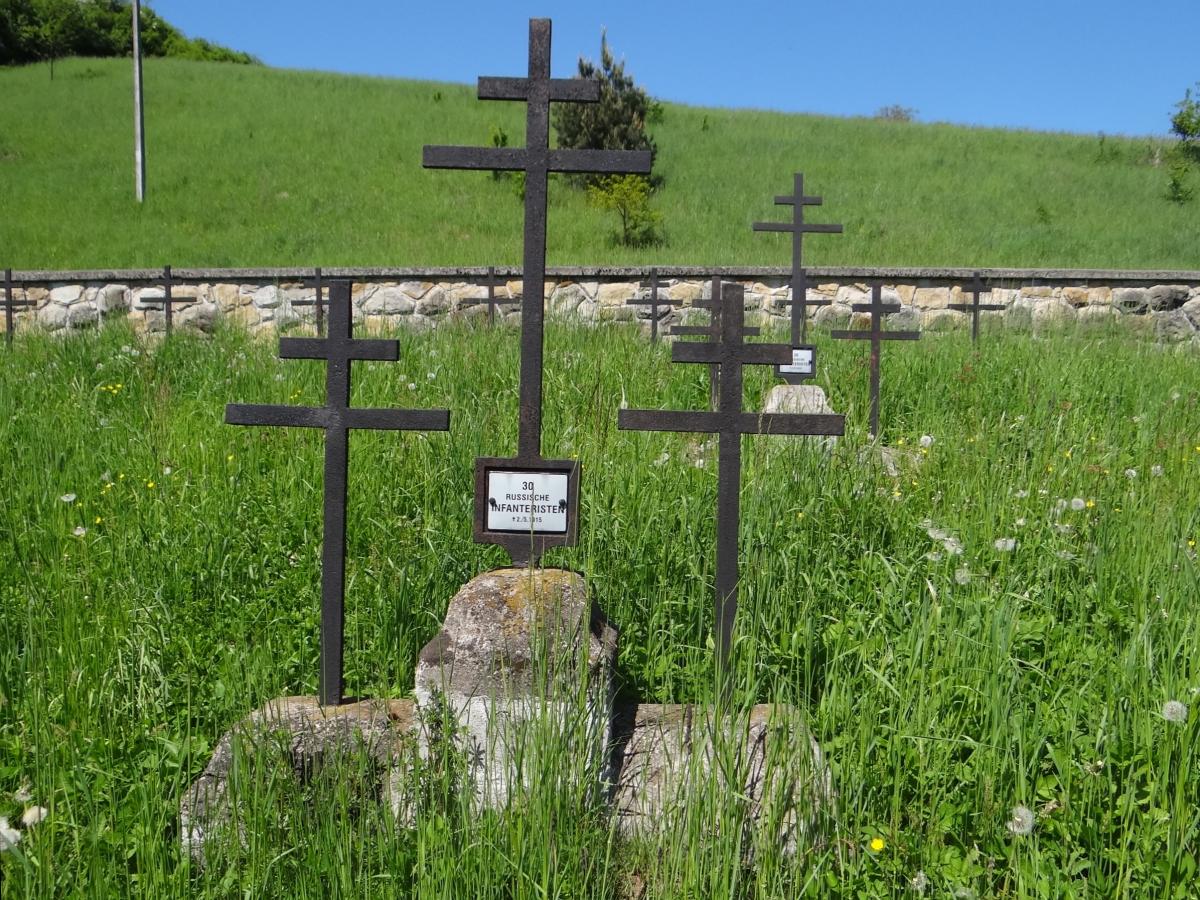 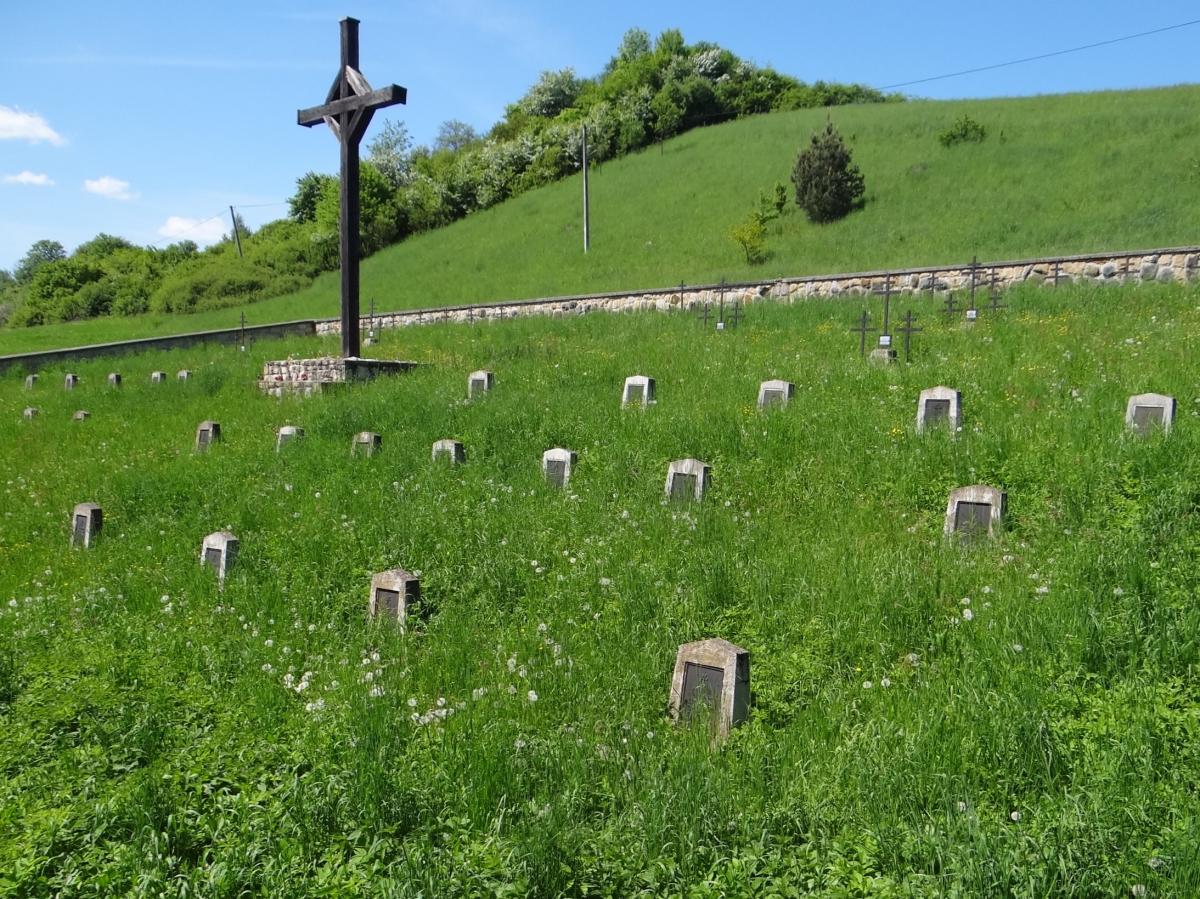 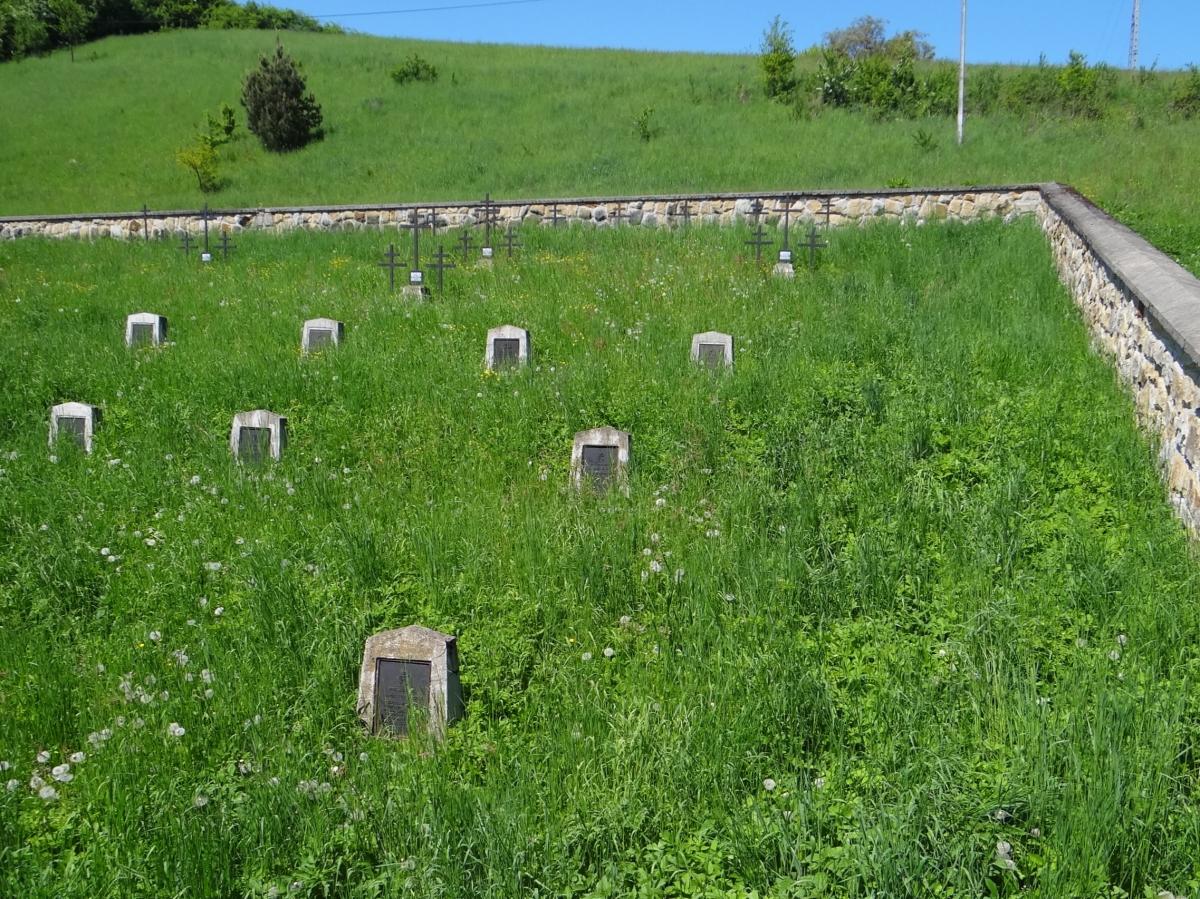 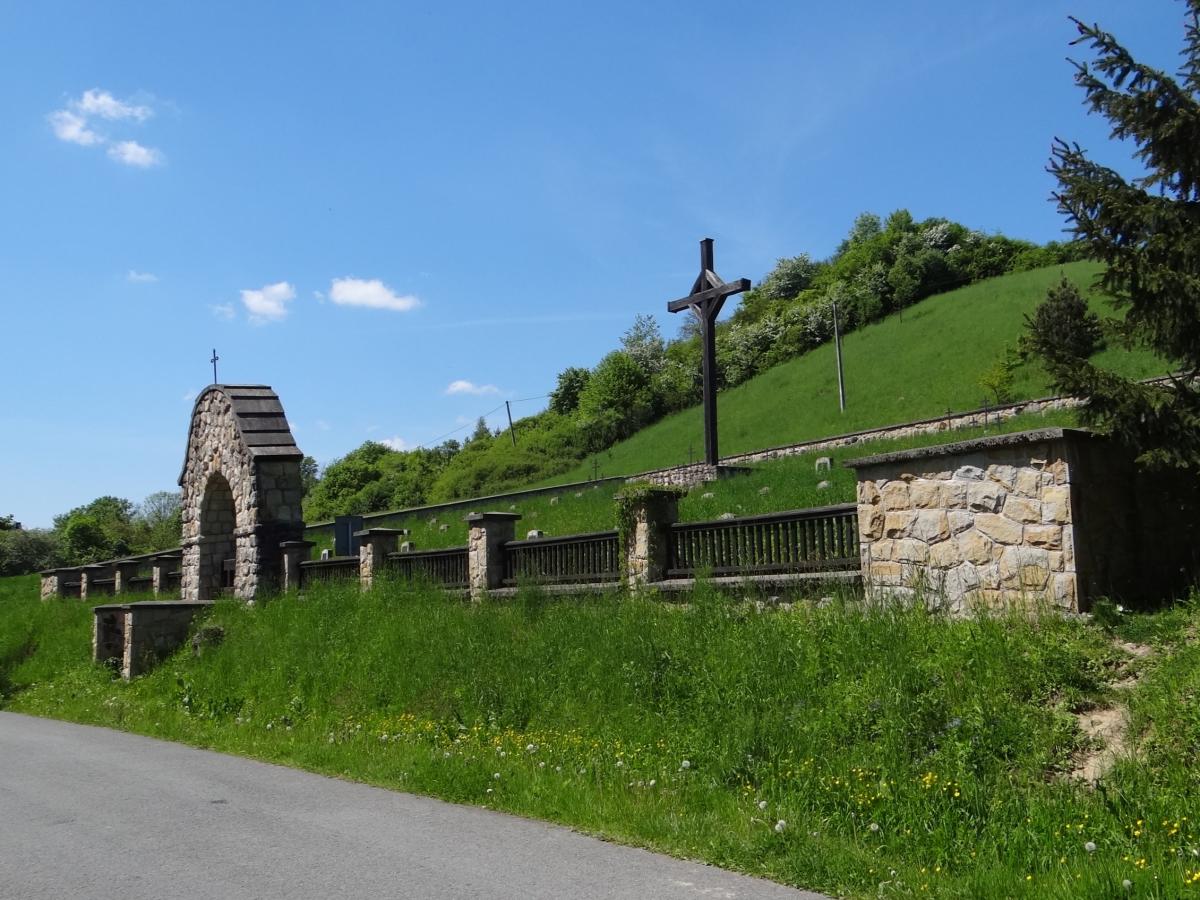 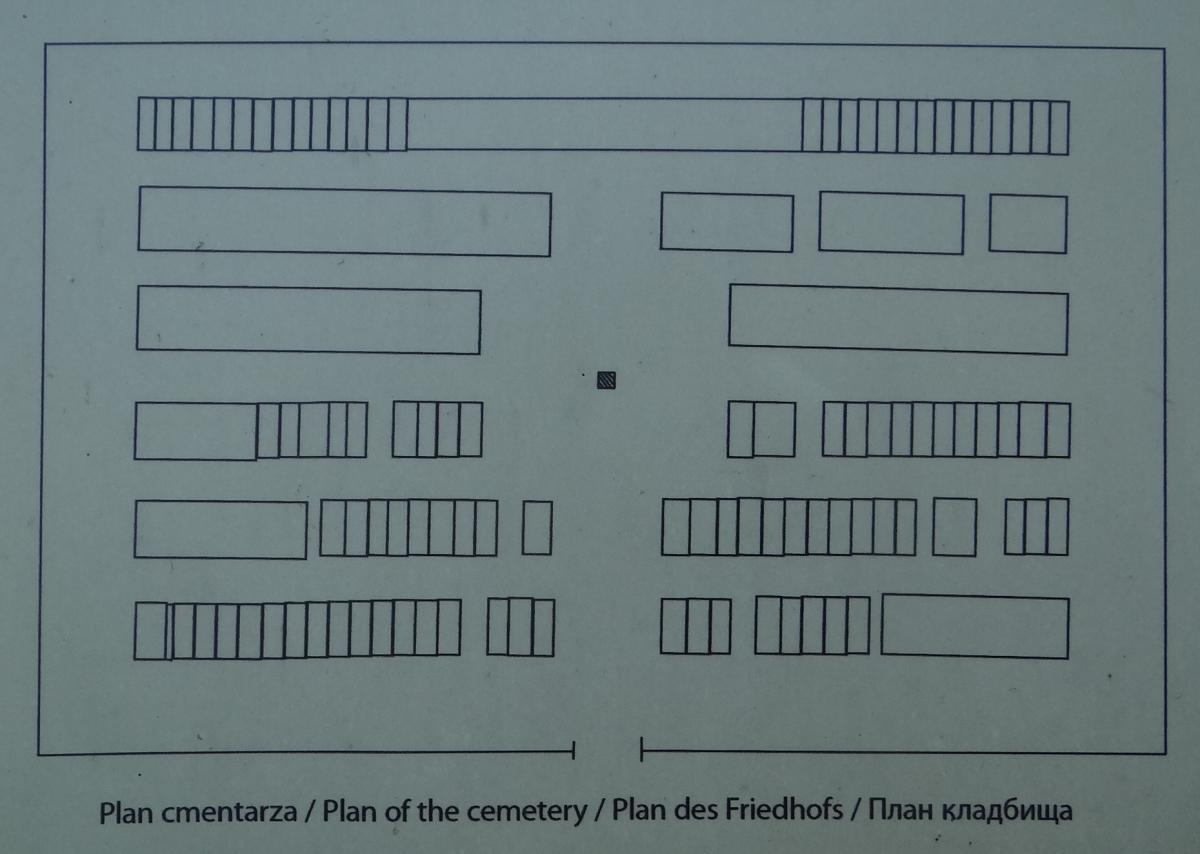