Light the virtual candle
gallery
Edit the description of the cemetery
add photos
number of votes 0
A beautiful cemetery
Return to the main page
War Cemetery No. 145 in Gromnik - a historic cemetery from World War I, located in the village of Gromnik in the Lesser Poland Voivodeship, in the TarnĂłw poviat, in the Gromnik commune. It is one of 400 Western-Galician war cemeteries built by the Cemetery Graves Division of the C. and K. Military Commanders in Krakow. In the 6 th TarnĂłw district, these cemeteries are 63 . [source: Wikipedia, 2768346]
Description of the cemetery
The designer was Heinrich Scholz. The cemetery is a separate quarters as part of the parish cemetery. It is located in its middle part. The fence is a fence made of steel flat bars placed on concrete posts. Entrance through a metal, two-winged wicket. The main decorative element is the obelisk with a bas-relief showing the hoplite helmet placed in front. In the rear part of the obelisk there is an inscription: "MCMXIV - MCMXV". The graveyard's quarters have the shape of the letter T. MogiĹ‚y are arranged in several rows and have concrete steles with names of the fallen names. Steles are topped with cast-iron crosses. There are several types of these crosses . [source: Wikipedia, 2768346]
the fallen
In 15 mass graves and 38 individual burials: * 131 Austro-Hungarian soldiers * 14 Russian soldiers. The plates placed on the stelae show that the soldiers of the Austro-Hungarian army buried here came from many front departments and died in 1914 and 1915. Gromnik was an important knot in the Austrian defense plans, fighting took place here in autumn in 1914, as in May 1915. Moreover, not only soldiers who died in Gromnik but also those who were wounded in other battlefields and died during transport were buried in the cemetery (Gromnik passes the railway line). Of the 14 soldiers buried here in the Russian army, only two were identified. They fought in the 278. hatczyĹ„ski and 280 syrian infantry regiments
gallery
⮜⮿⮞
••
Wikipedia, Self-published work, World War I Cemetery nr 145 in Gromnik 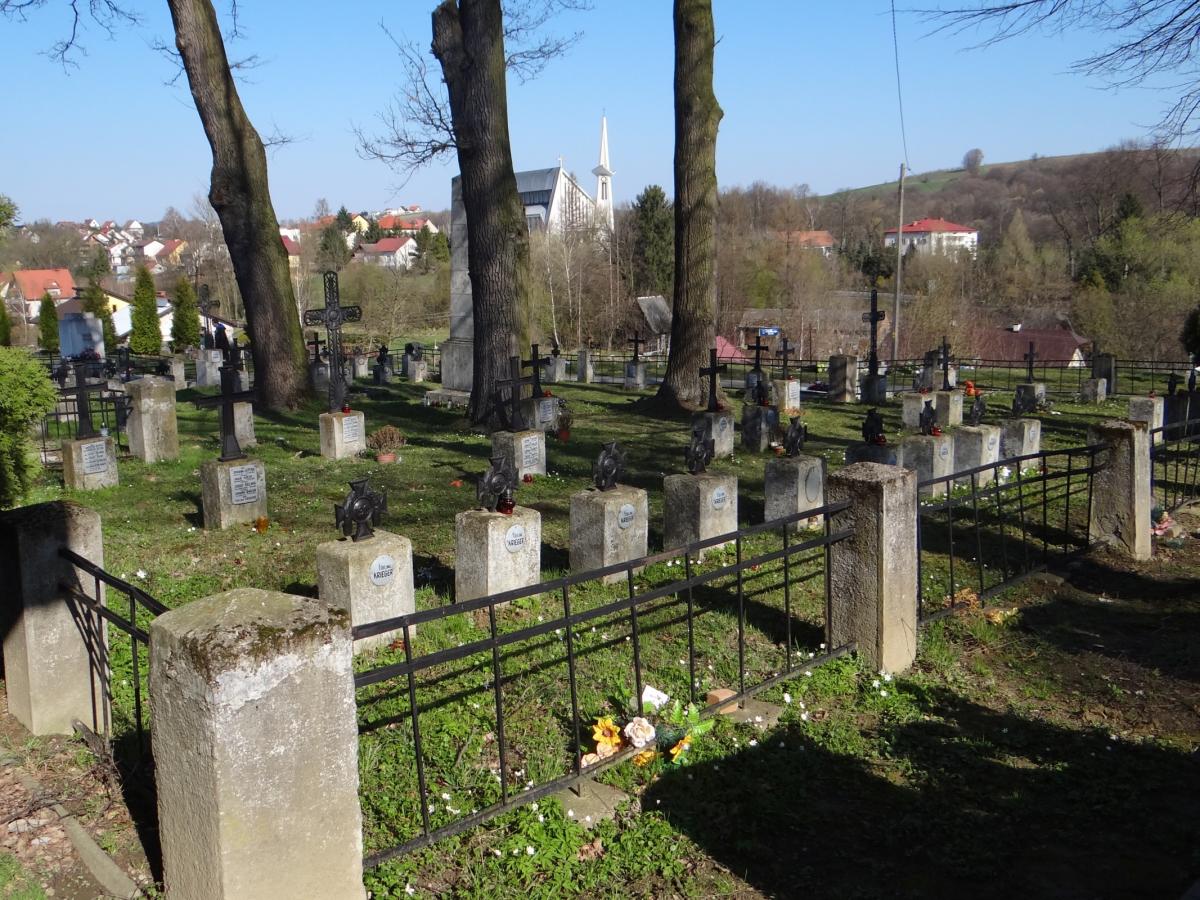 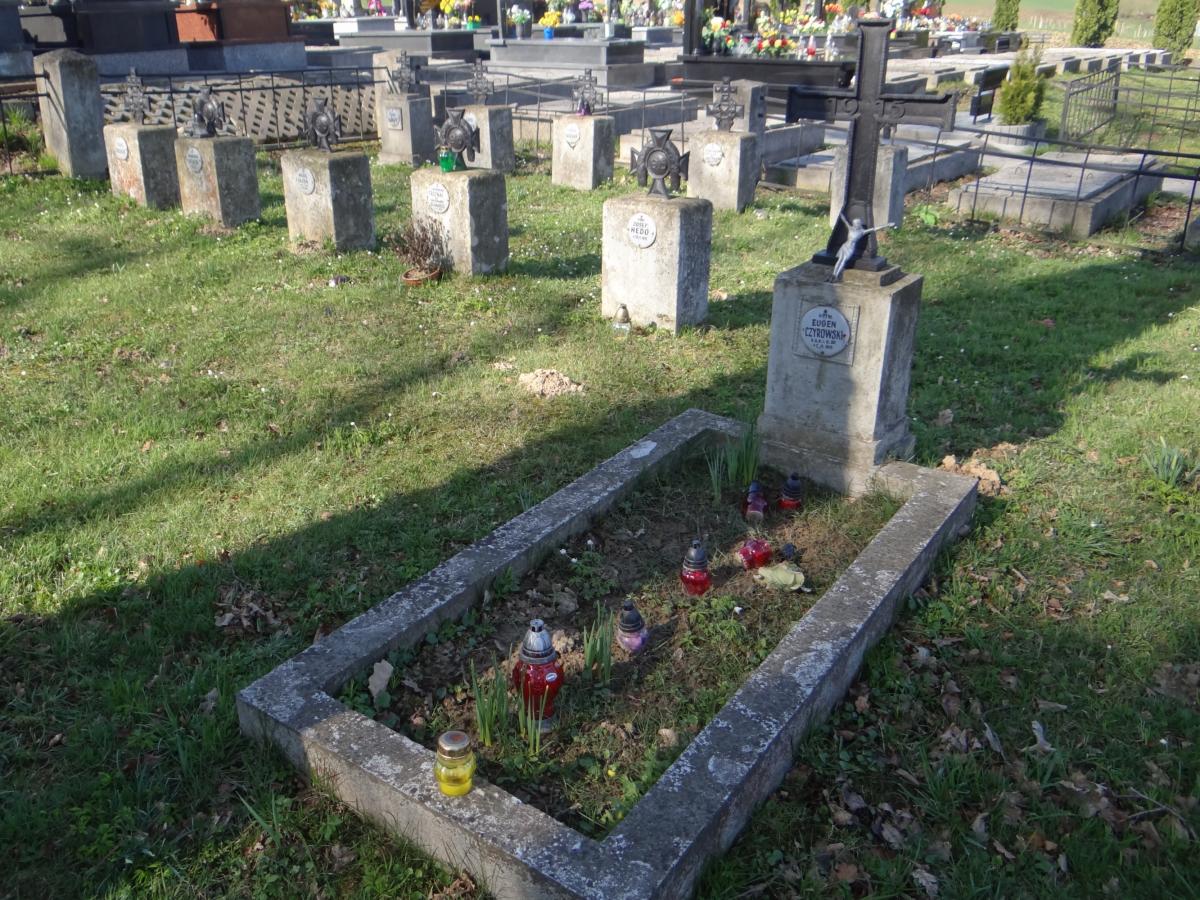 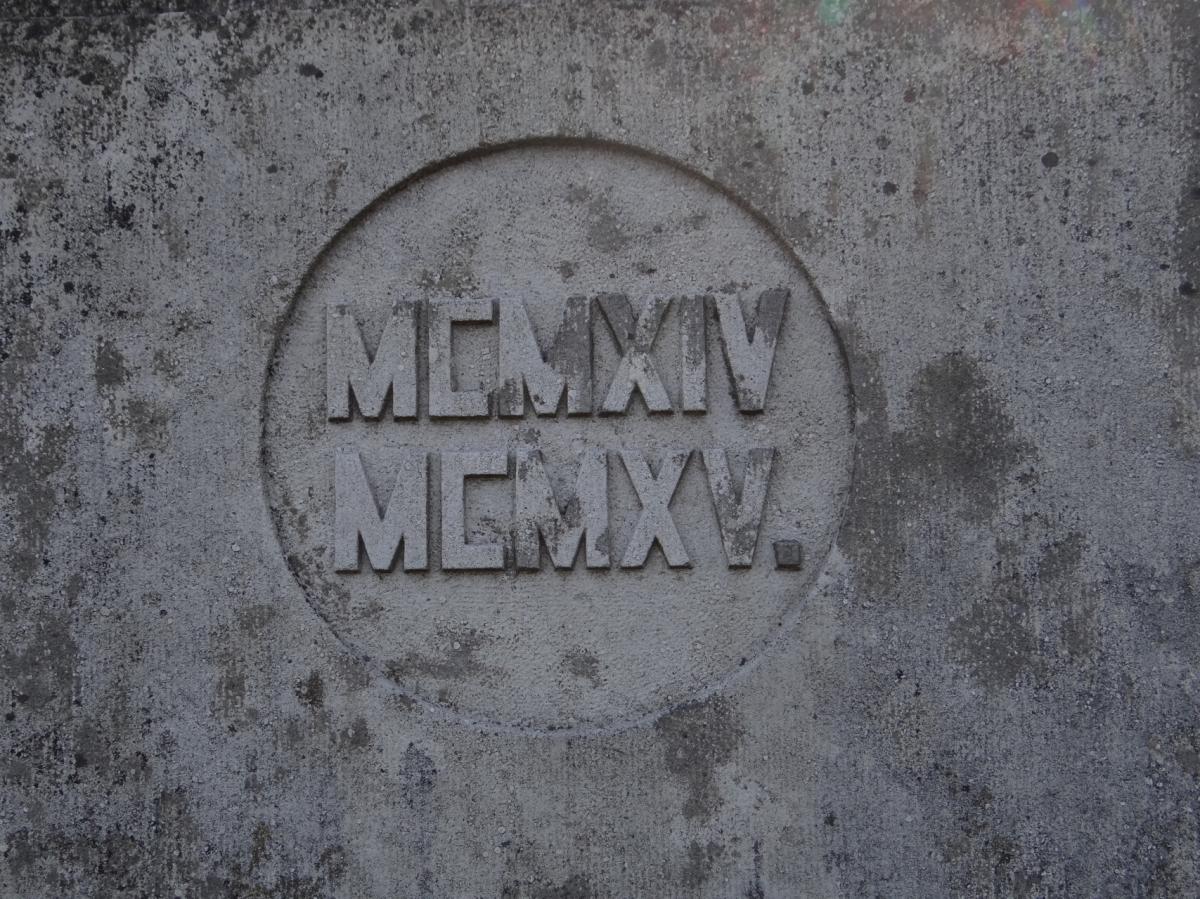 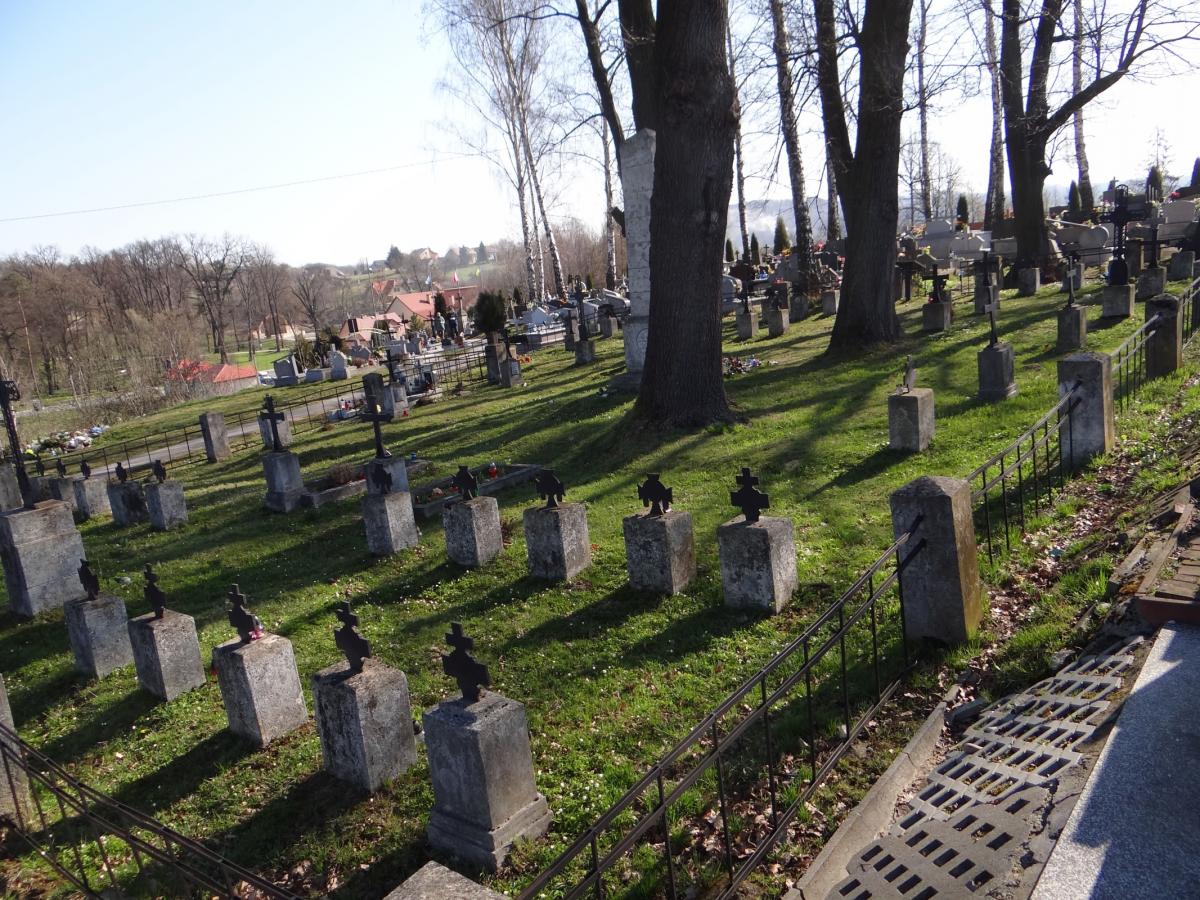 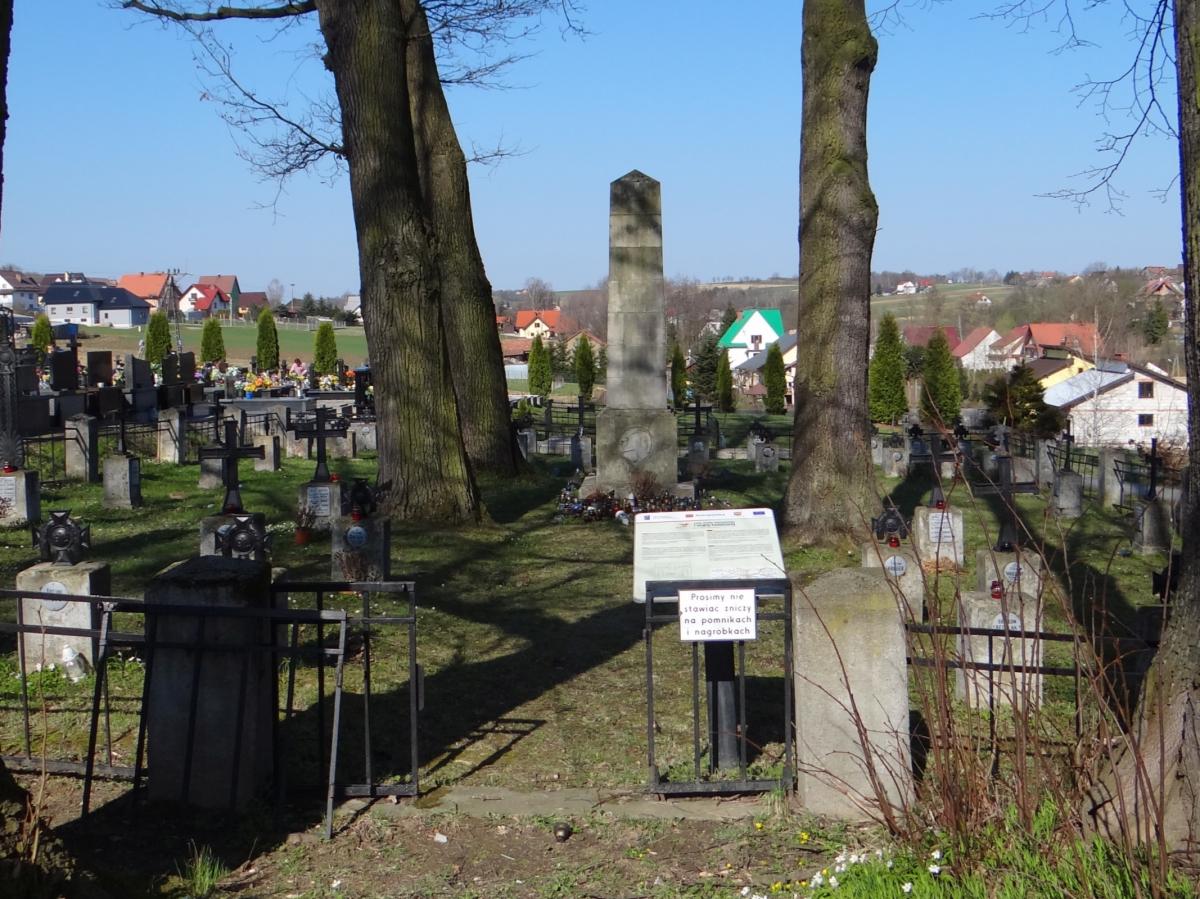 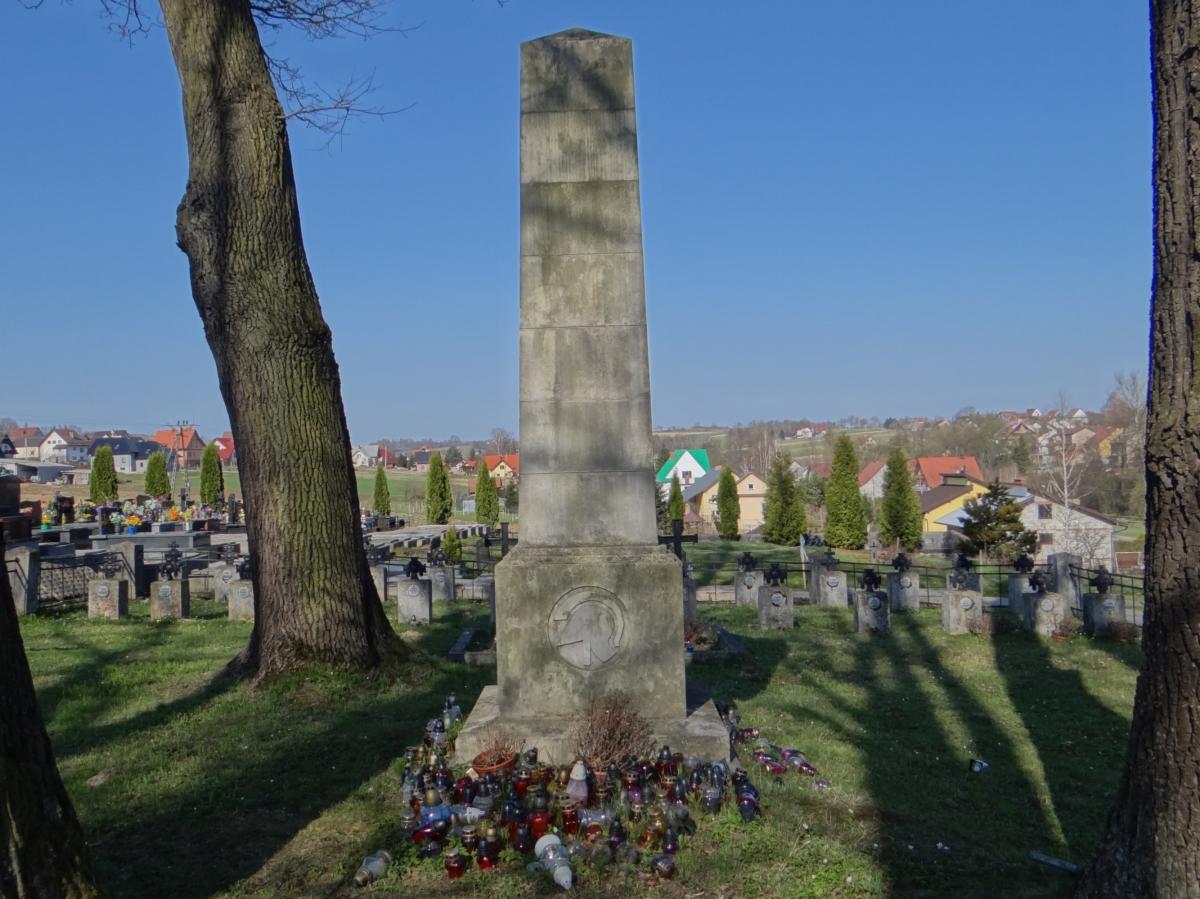 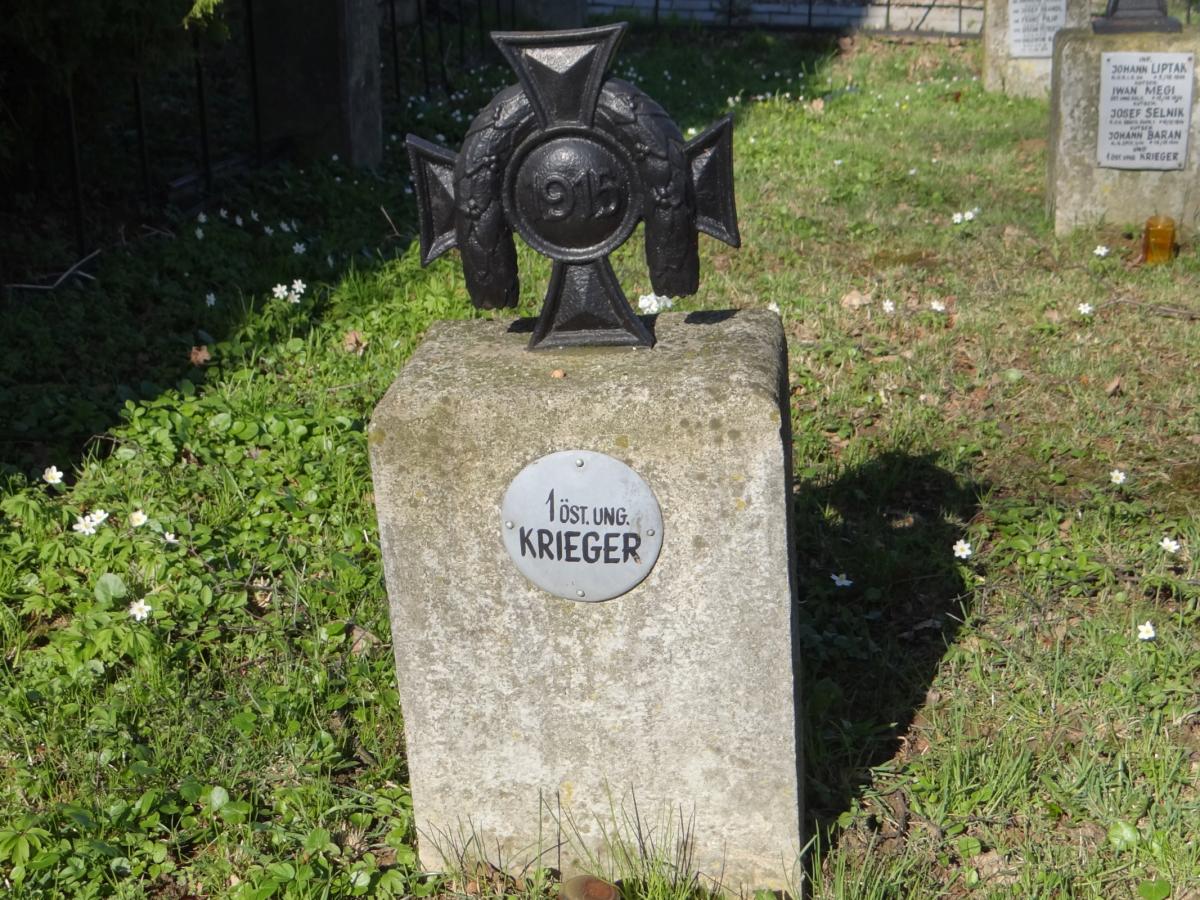 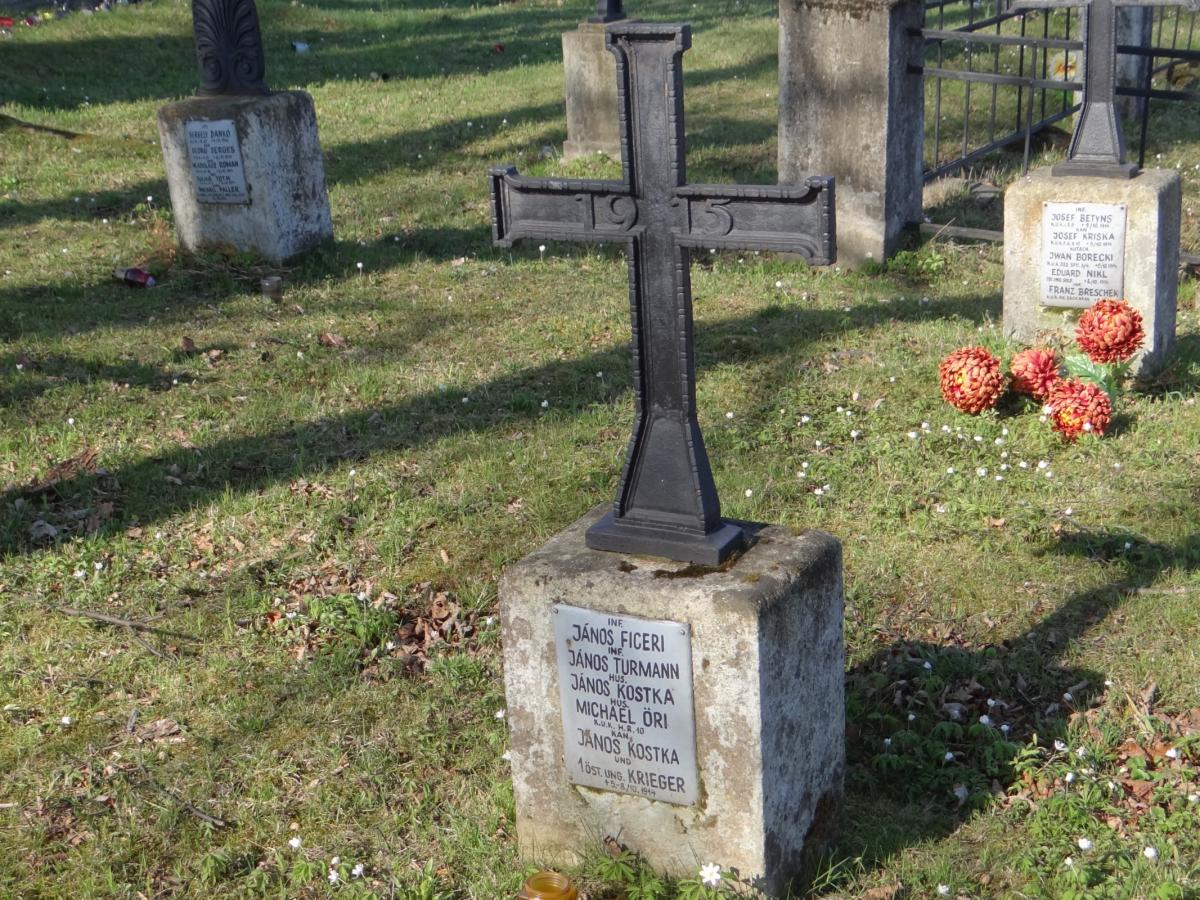 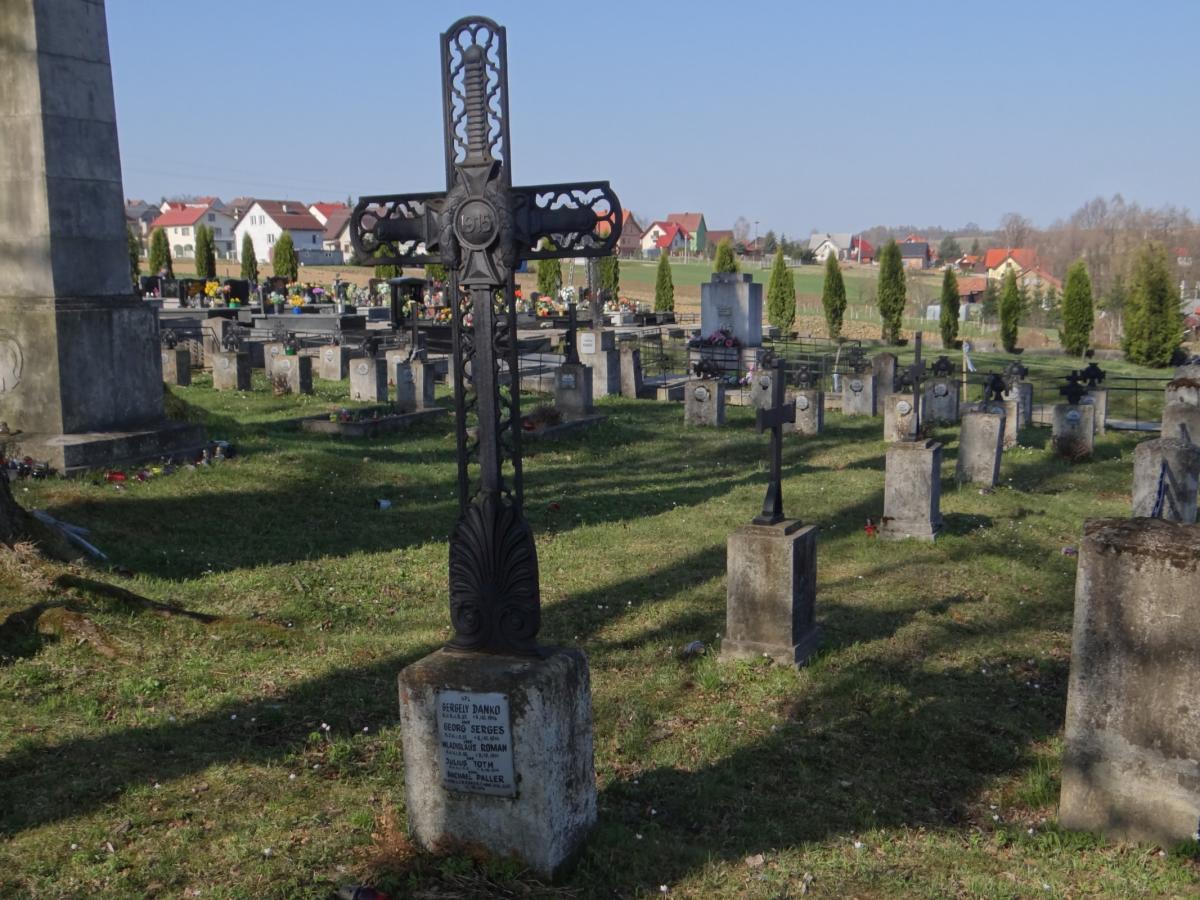 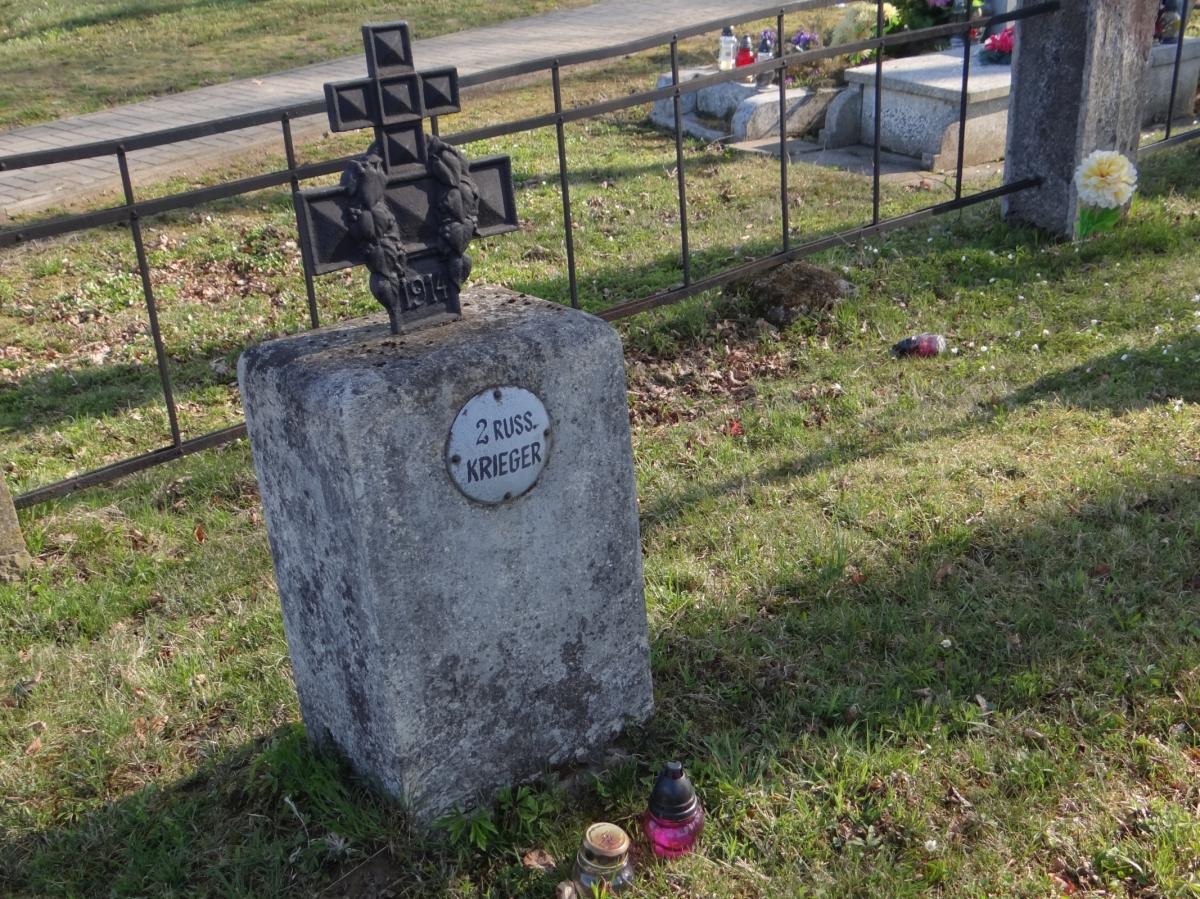