Light the virtual candle
gallery
Edit the description of the cemetery
add photos
number of votes 0
A beautiful cemetery
Return to the main page
War Cemetery No. 149 in Chojnik - a cemetery from World War I located in the village of Chojnik in the Lesser Poland Voivodeship, in the TarnĂłw poviat, in the Gromnik commune. It is one of 400 Western-Galician war cemeteries built by the Cemetery Graves Division of the C. and K. Military Commanders in Krakow. In the 6 th TarnĂłw district, these cemeteries are 63 . [source: Wikipedia, 2776869]
Position
The cemetery is located in the western part of Chojnik, on the south-east ridge of the embankment, by the asphalt road. This road branches off the road Gromnik - TuchĂłw on the left, a short distance behind the church in Gromnik. The cemetery is located behind a small plot, on the right side of the road, above the ravine of the stream. It is visible from the road. The green tourist route from Gromnik through WaĹ‚ do Lubinki runs along the road leading along the cemetery. Three cemeteries from the First World War are located directly along this route, at a small distance from it two further cemeteries. [source: Wikipedia, 2776869]
Description of the cemetery
It was designed by Heinrich Scholz. It has a rectangular shape with two bevelled corners. There are 12 collective graves and 39 individual ones. Currently, his fence is made of concrete foundation and concrete pillars, between which a fence of steel rails is opened. The entrance is one, from the side of the road, through a single-wing iron gate. The main decorative element is a concrete obelisk standing on a concrete foundation topped with a small cast-iron Latin cross. The monument has the form of a pole. Formerly at its top there was a chapel with a relief by Heinrich Scholz depicting Christ crucified and a knight on a horse . The earth graves have concrete plinths with nameplates and are crowned with various crosses: * small, cast-iron crosses, Lorraine crosses, * cast-iron Latin crosses dated 1915, * cast-iron Maltese crosses with a laurel wreath motif * large, cast-iron, openwork Lorraine crosses, * large cast-iron, openwork Latin crosses with a laurel wreath motif and sword
the fallen
82 Austro-Hungarian soldiers and 40 Russian soldiers were buried here. 32 soldiers were identified
The fate of the cemetery
Austrians made the cemeteries very solid, however, over time, the cemetery was naturally destroyed by weather and vegetation factors. For a long time after the war cemeteries from World War I were not looked after. Only recently began to care for him. The chapel crowning the monument was naturally destroyed. The authorities of the Gromnik commune have secured it in their building, and the cemetery has been repaired
gallery
⮜⮿⮞
Wikipedia, Self-published work, World War I Cemetery nr 149 in Chojnik 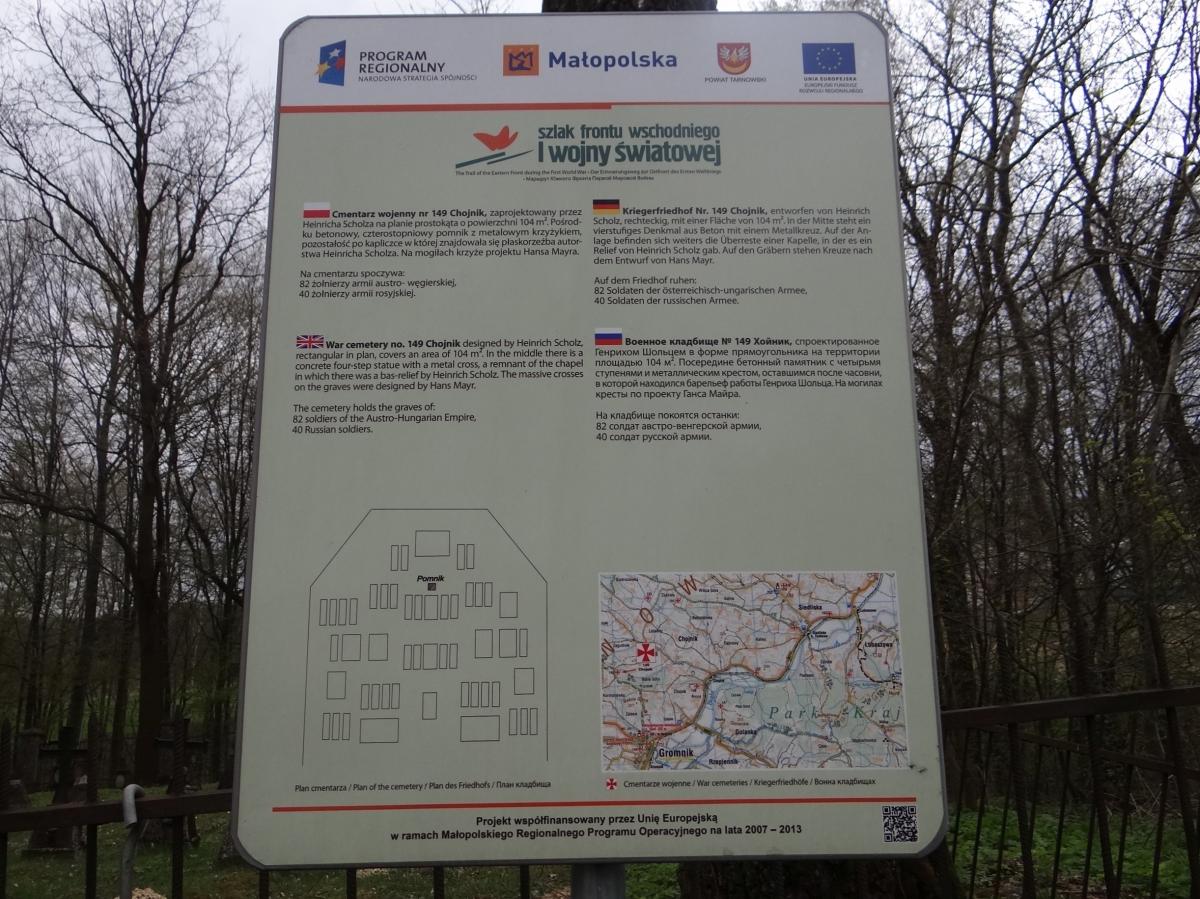 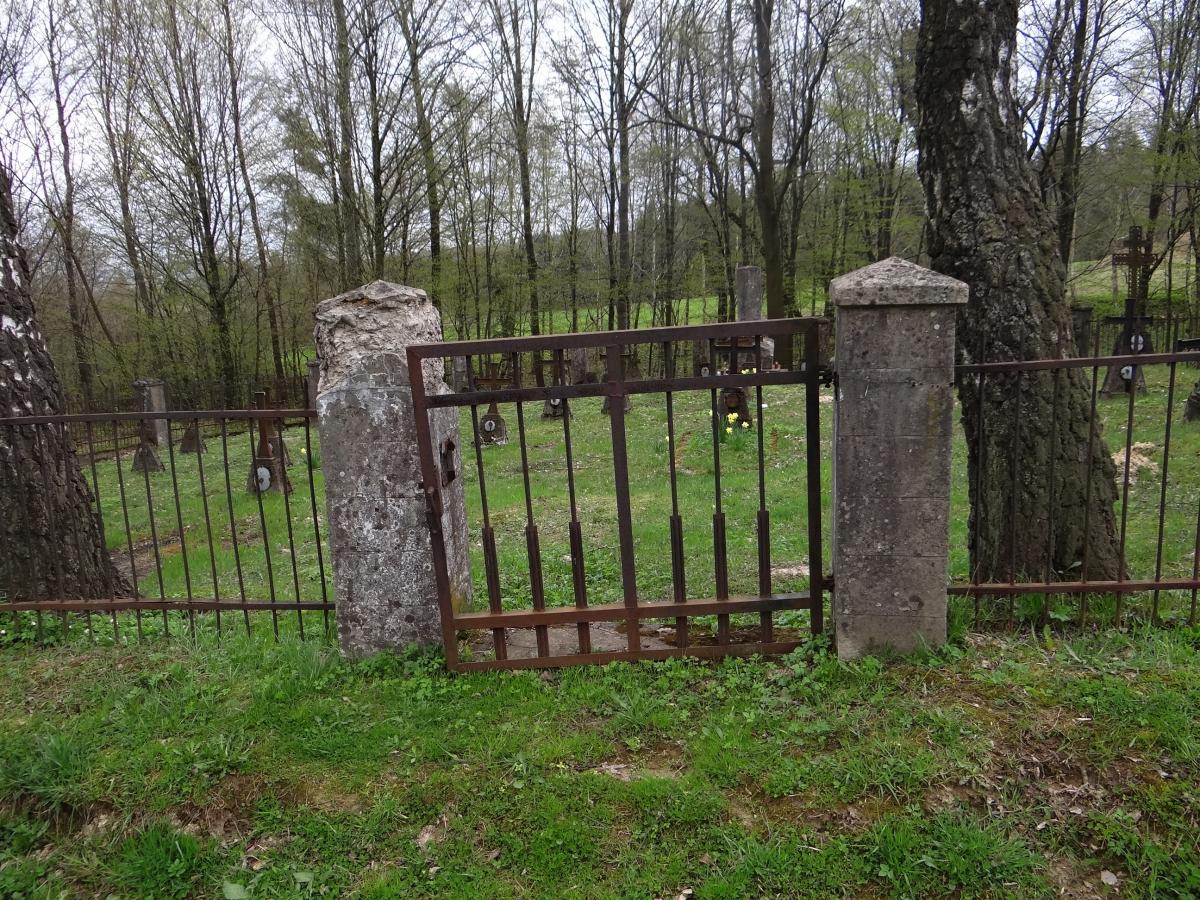 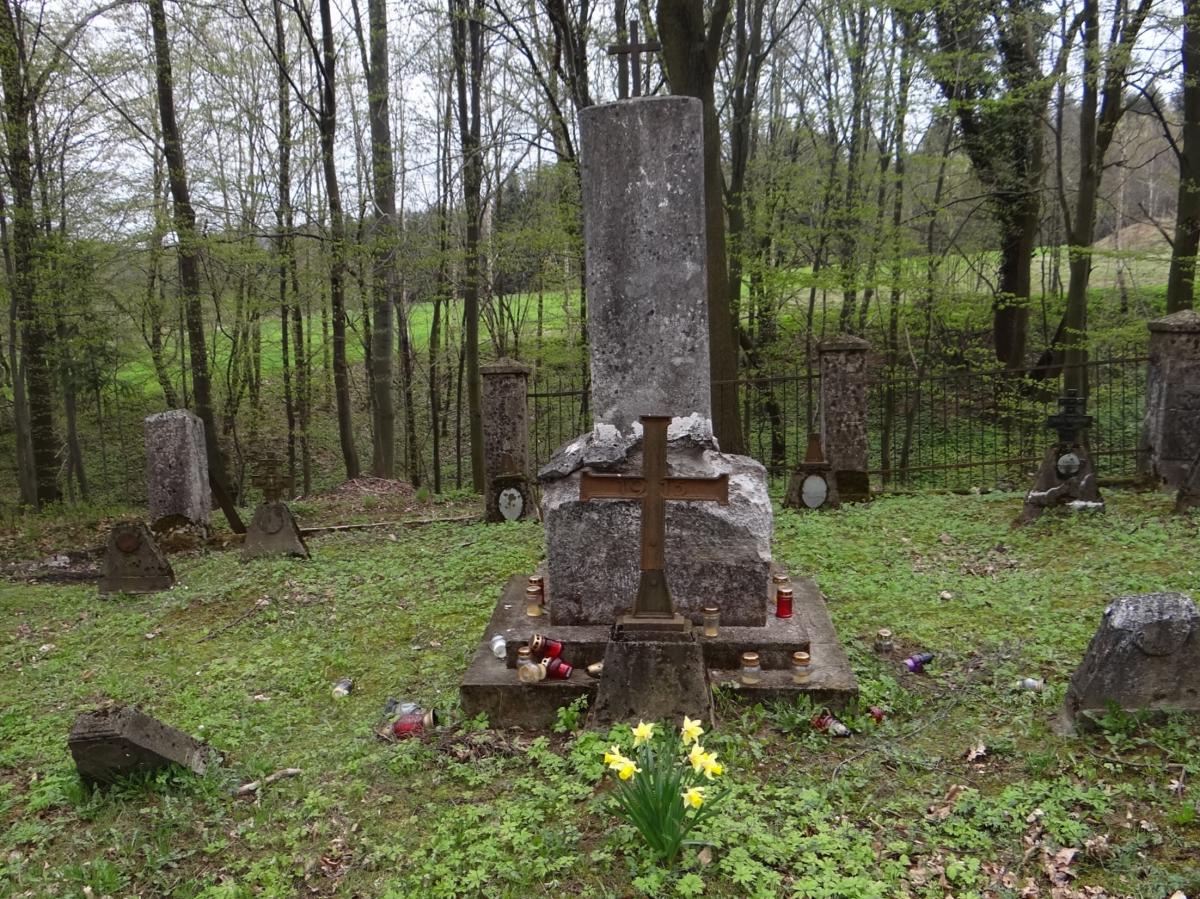 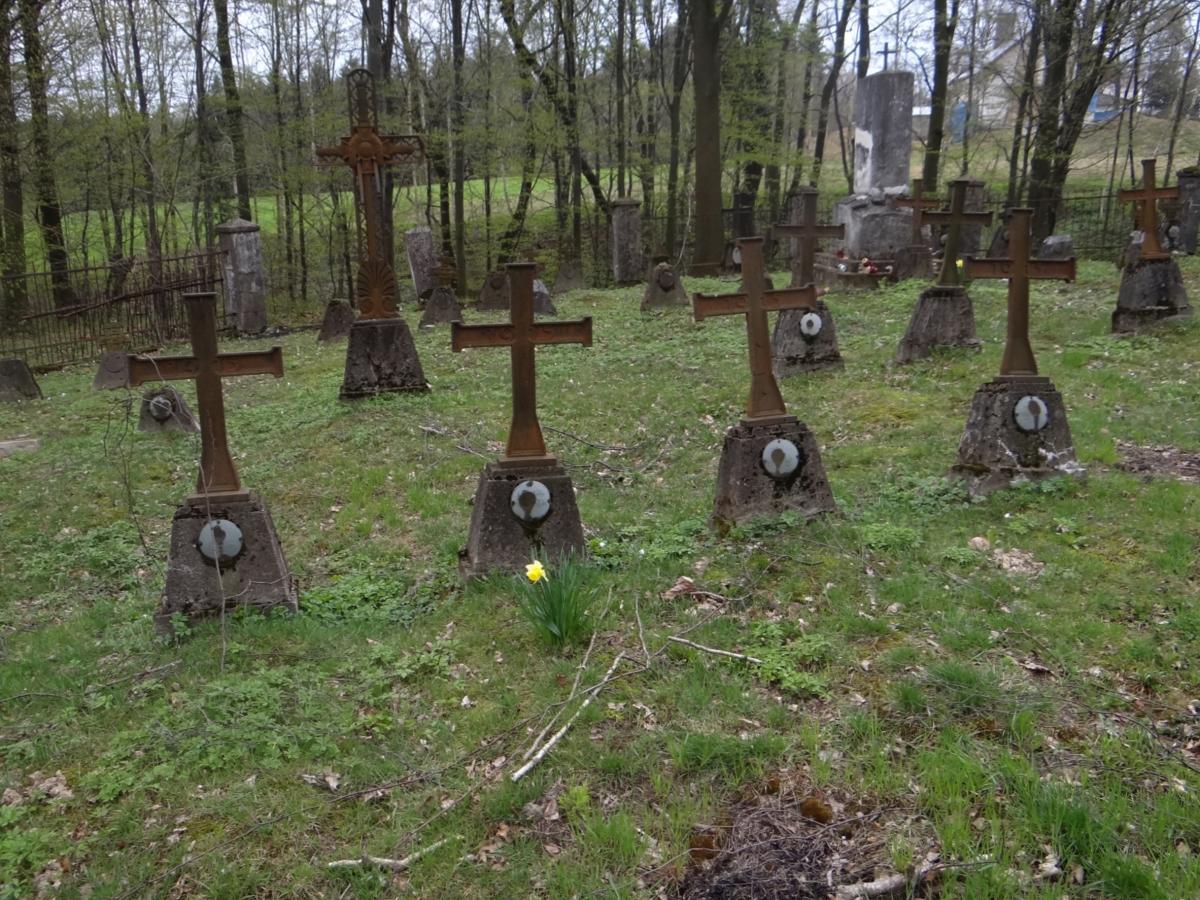 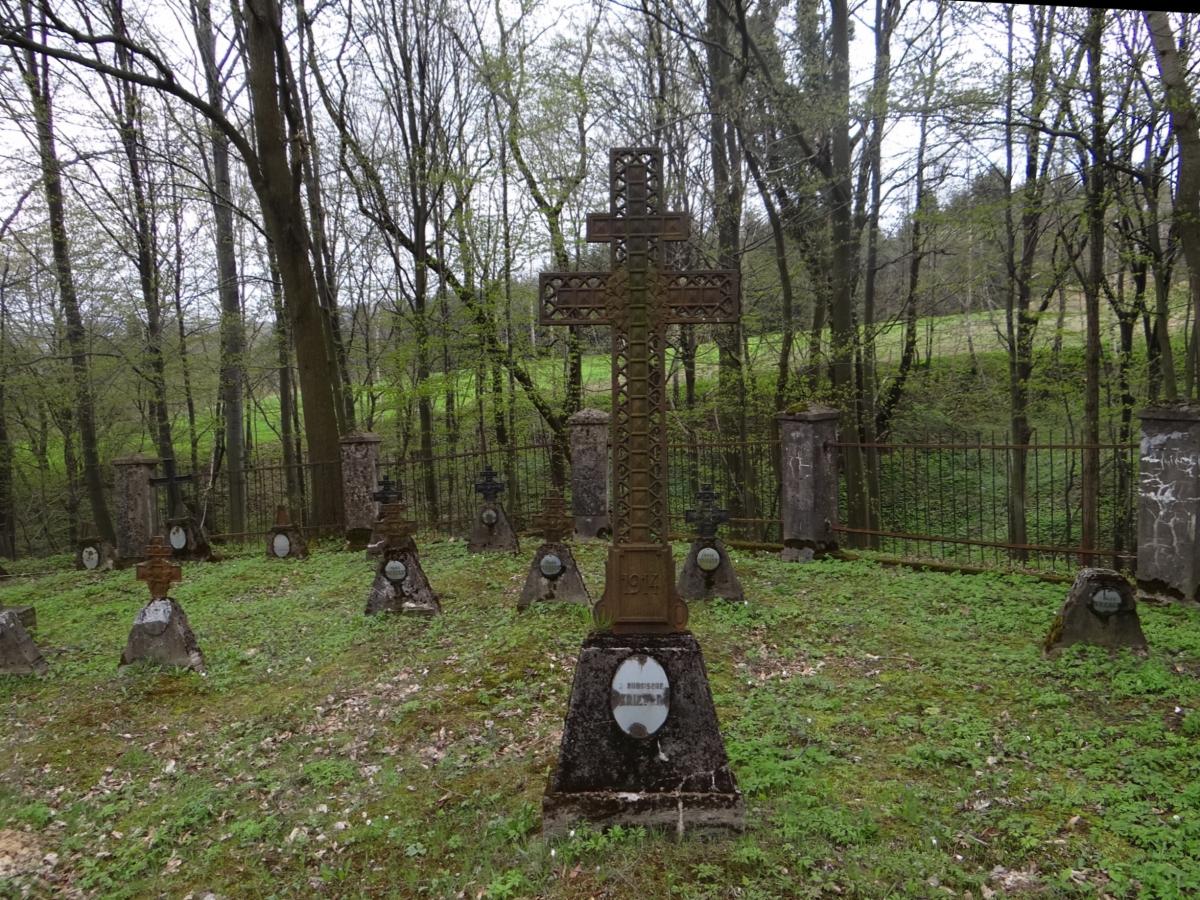 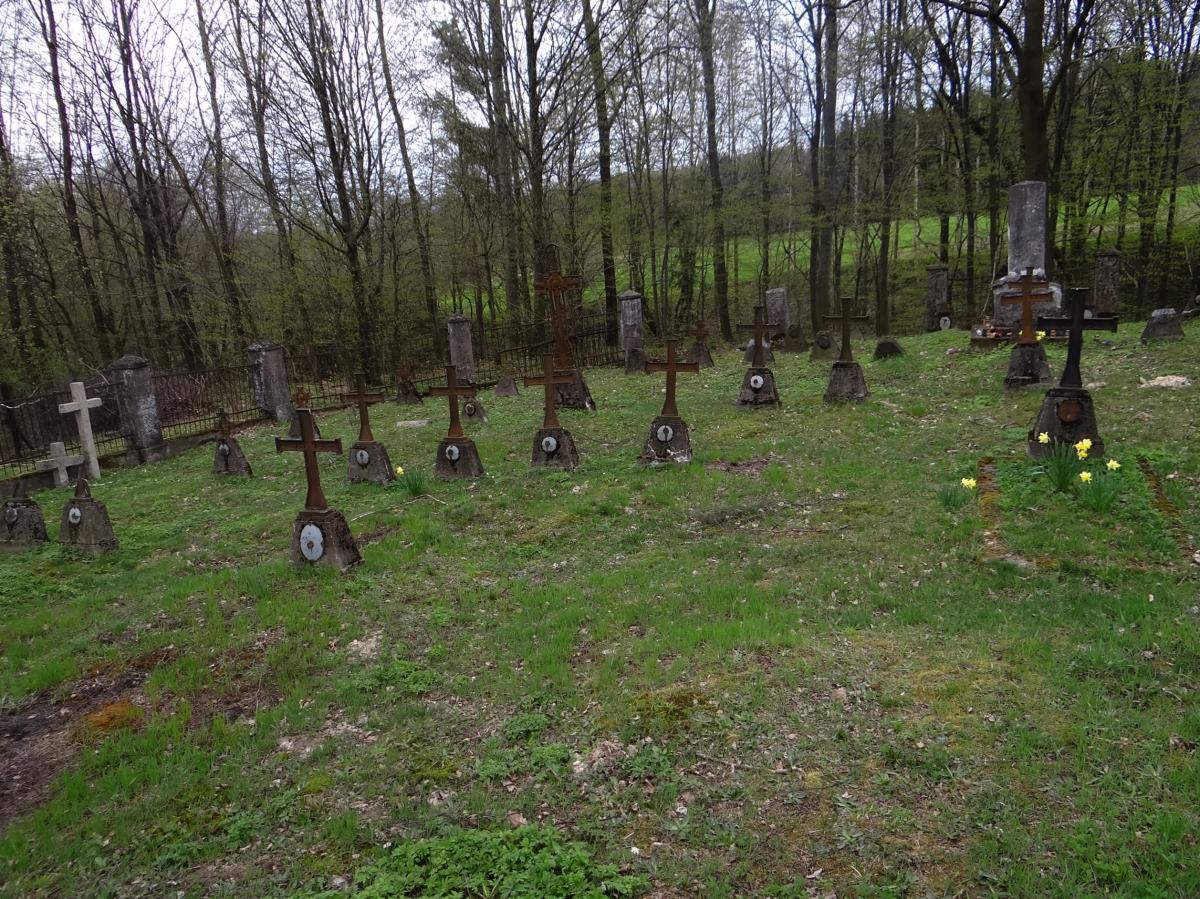 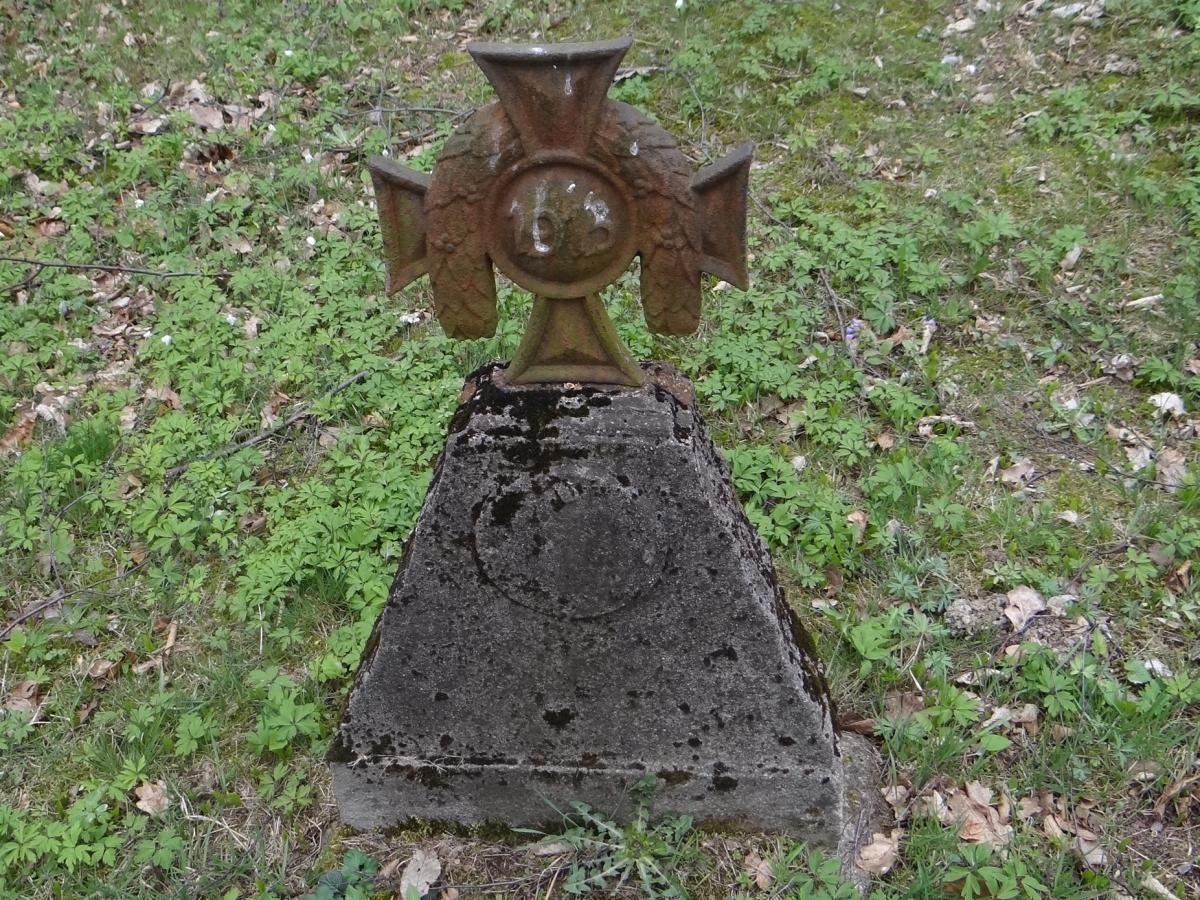 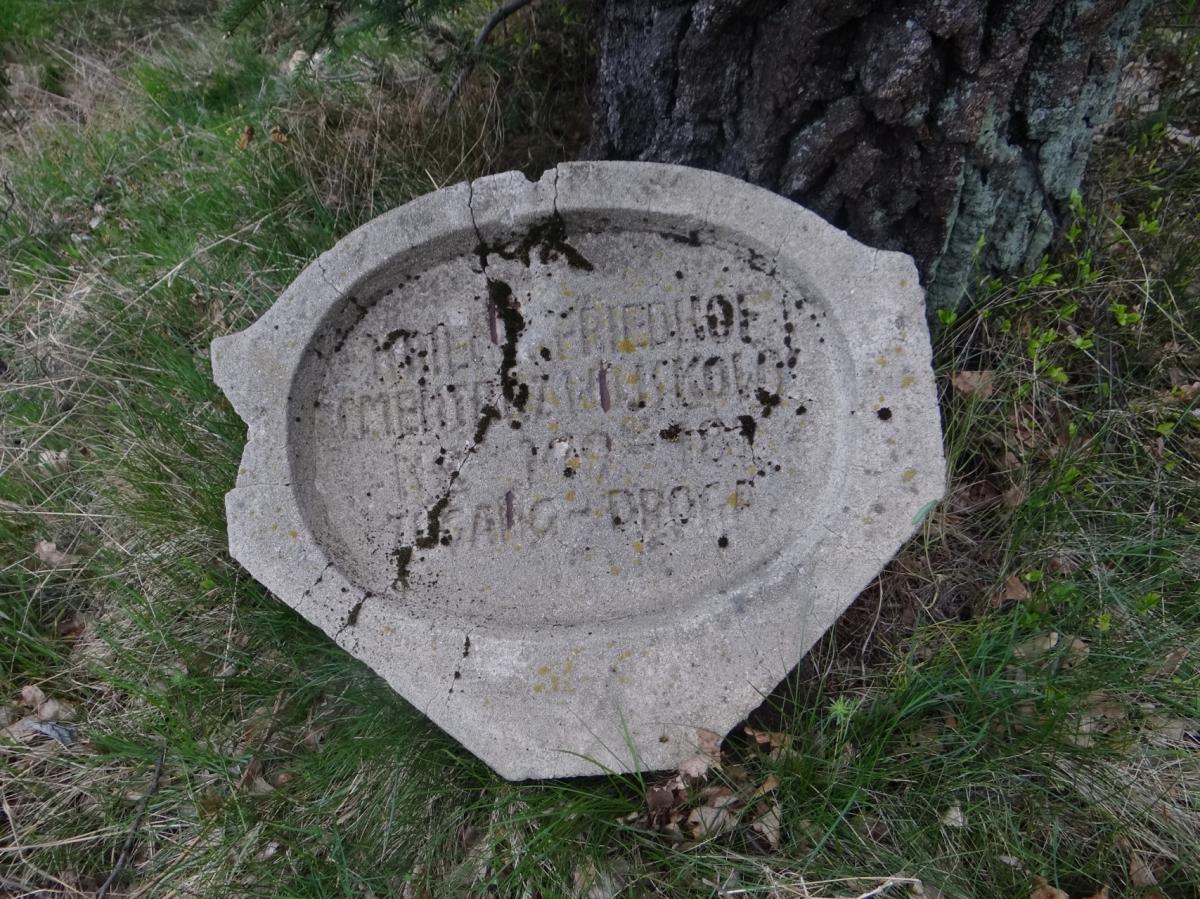