Light the virtual candle
gallery
Edit the description of the cemetery
add photos
number of votes 0
A beautiful cemetery
Return to the main page
War Cemetery No. 150 - Chojnik - cemetery from World War I, located in the village of Chojnik in the TarnĂłw poviat, in the Gromnik commune. One of over 400 Western-Galician war cemeteries built by the Cemetery Graves Division of the C. and K. Military Commanders in Krakow. In the 6 th TarnĂłw district, these cemeteries are 63 . [source: Wikipedia, 2448855]
Description of the cemetery
The cemetery is located directly on the GrybĂłw-TarnĂłw road No. 977, on the slope rising on its north-eastern side . It has a rectangular shape with an area of about 265 m. It is a two-level, in the middle of the fence from the road side there is a metal gate and stairs to the first level of the cemetery. Currently, the stairs begin in a road ditch, and the level of the contemporary road is on a par with the first level of the cemetery. It is surrounded by a fence with 4 sides. At the second level of the cemetery there are two sets of stairs, shifted to both sides in relation to the axis of the cemetery. They lead to the monument - a stylized antique helmet on a solid stone platform, on which there is a plaque of the same stone from which a helmet sculpture with the inscription 1914 - 1915 was made . The tombstones were made in the form of concrete stelaes with a trapezoidal cross-section. Are crowned with crosses, of which there are several types: * cast-iron Maltese crosses with laurel wreath motif, * cast-iron Latin crosses with a round shield at the intersection of the arms, * small, cast-iron Lorraine crosses. [source: Wikipedia, 2448855]
the fallen
40 soldiers in three graves and 26 singles were buried in the cemetery, including: * 27 from the Austro-Hungarian army * 13 from the Russian army. Only one of them was identified - Corporal Yefim Alexander Kozenko from the Russian army. These soldiers died in May 1915 during the great offensive of the allied Austrian-Hungarian and German forces called the battle of Gorlice. It was a winning offensive for the Austrians and their allies, after which they drove the Russians far east
The fate of the cemetery
After World War II, cemeteries of the First World War were not cared for and were naturally destroyed by weather and vegetation factors. It was only from the 90s that they were renewed
gallery
⮜⮿⮞
•••
Wikipedia, Self-published work, World War I Cemetery nr 150 in Chojnik 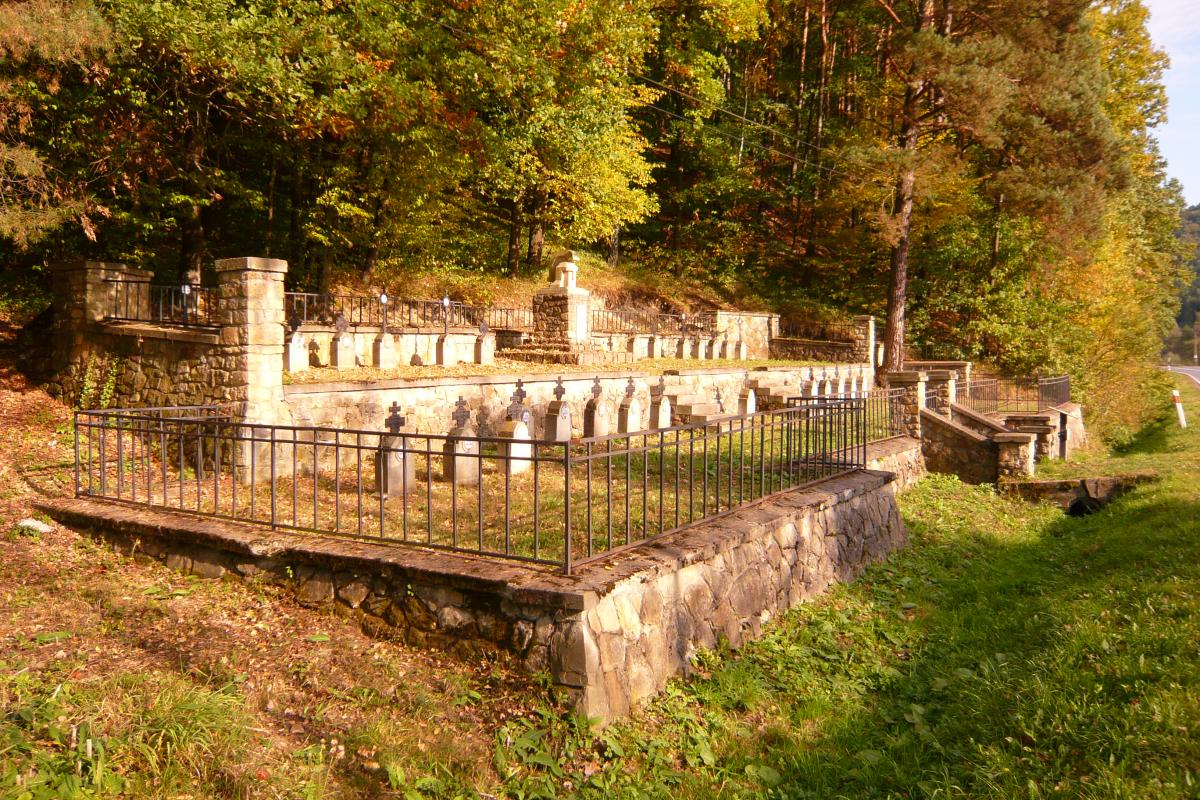 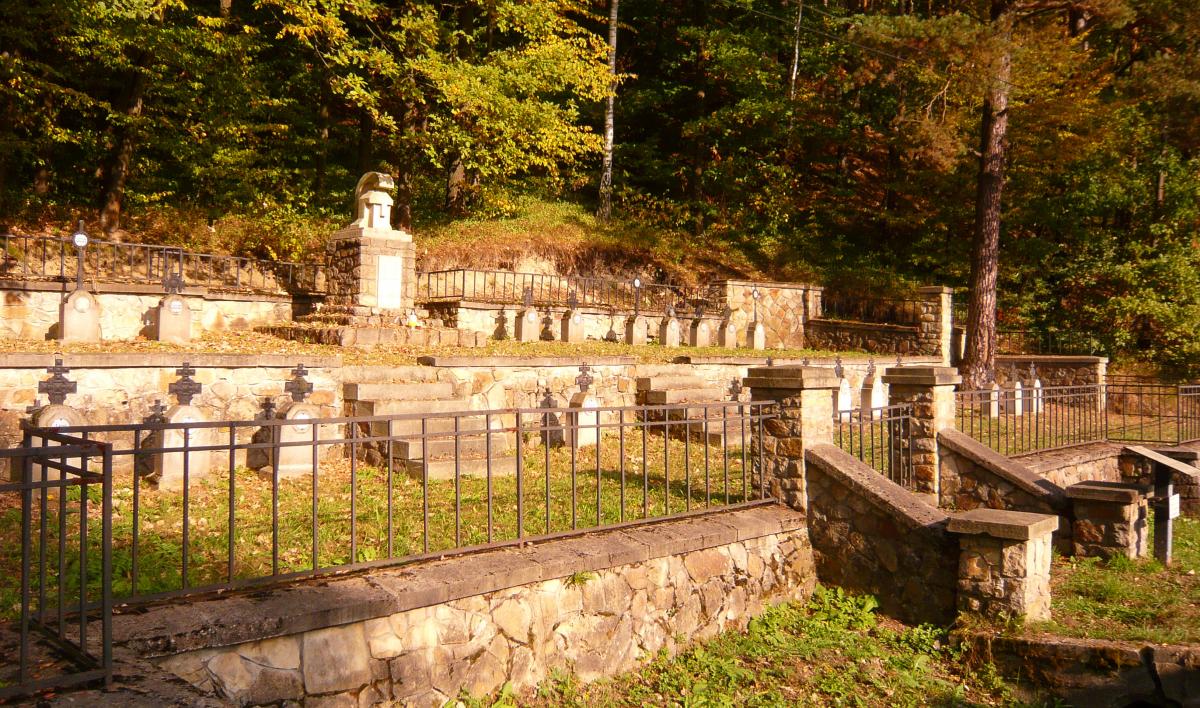 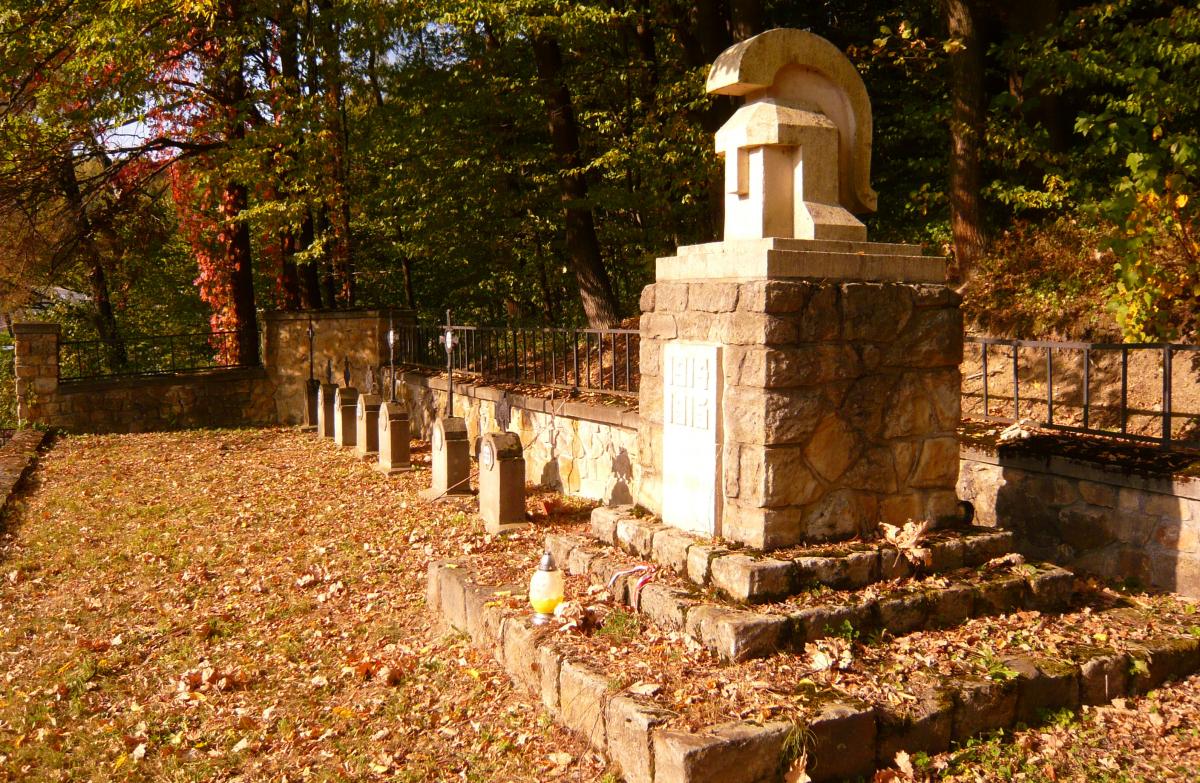 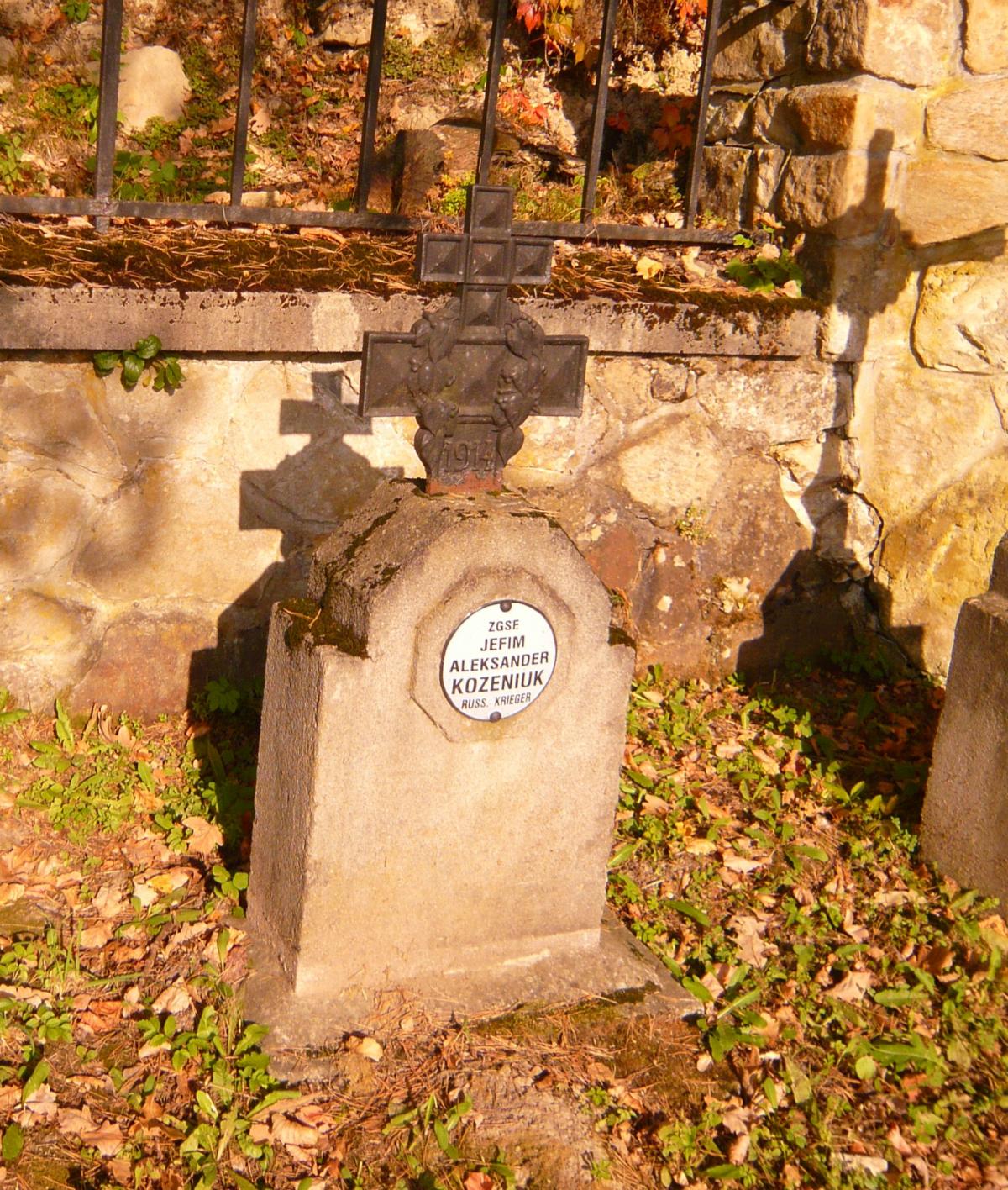 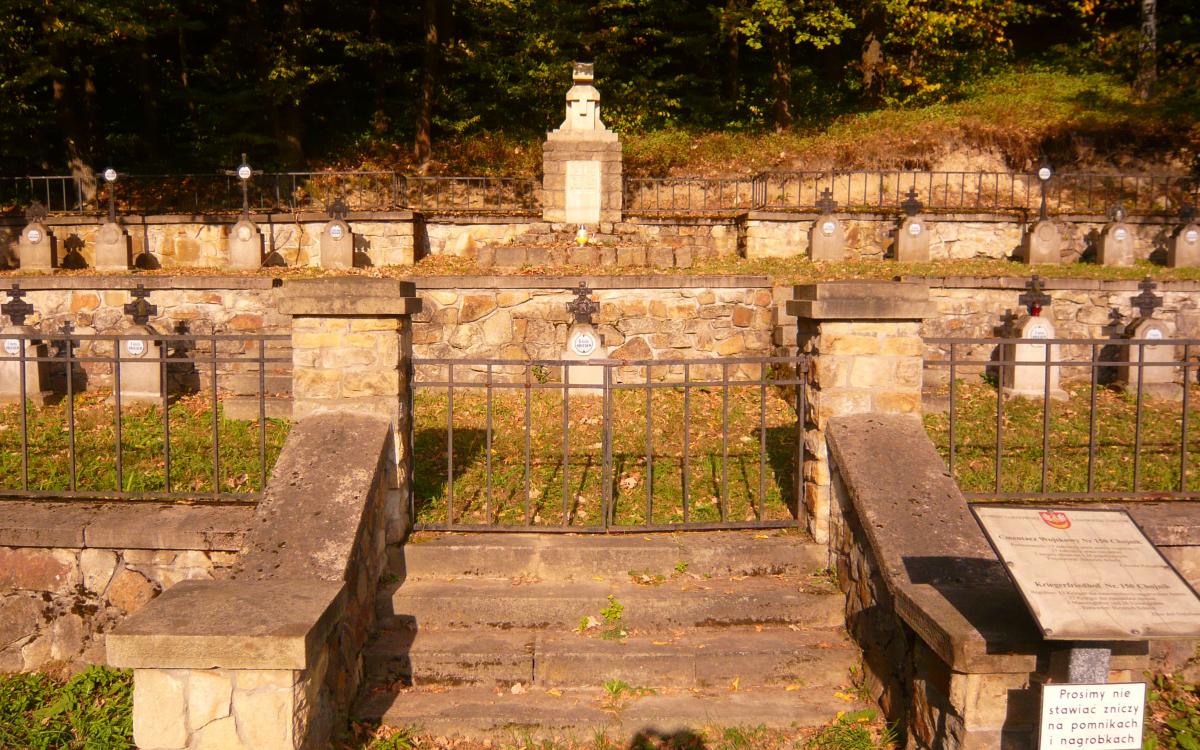 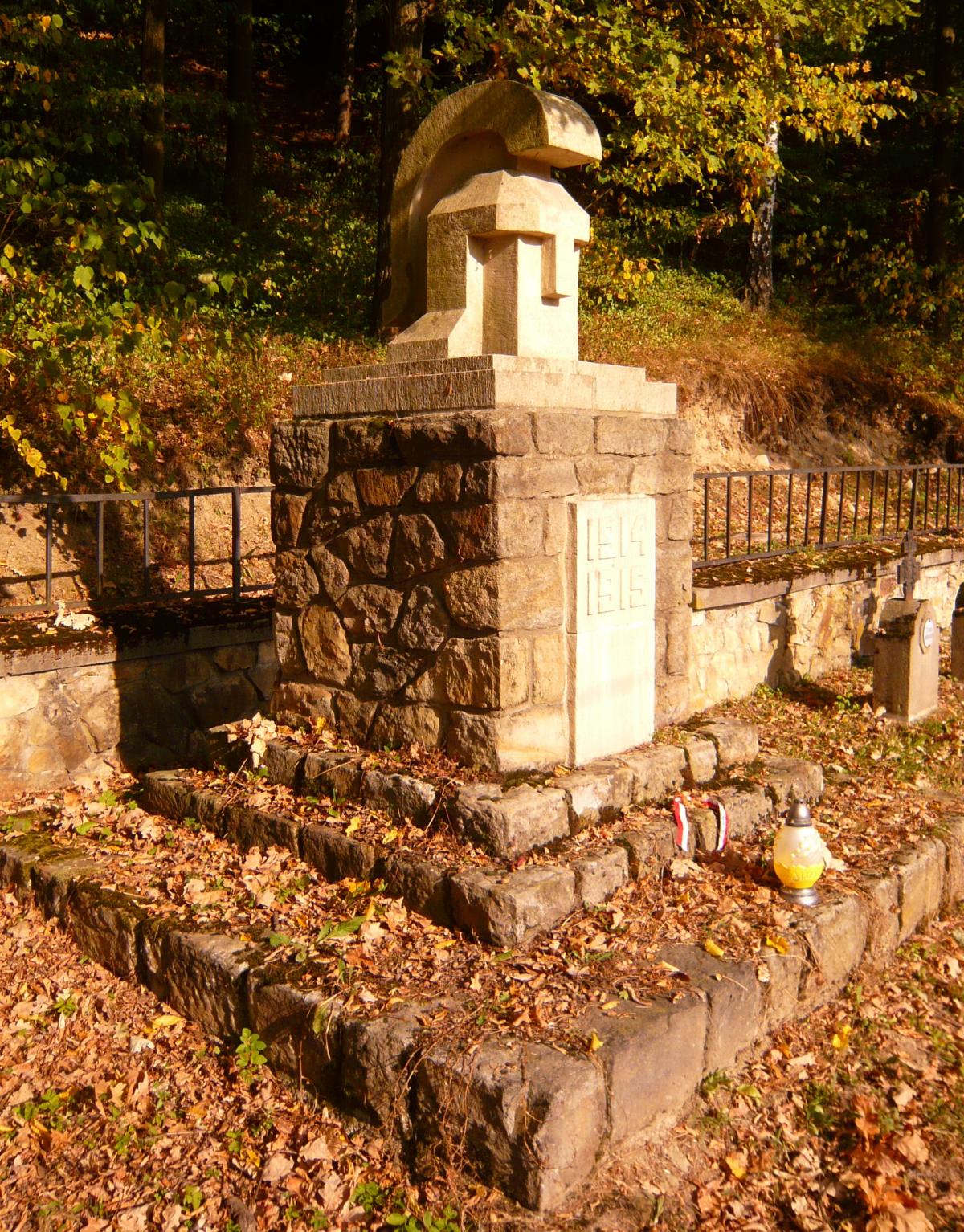 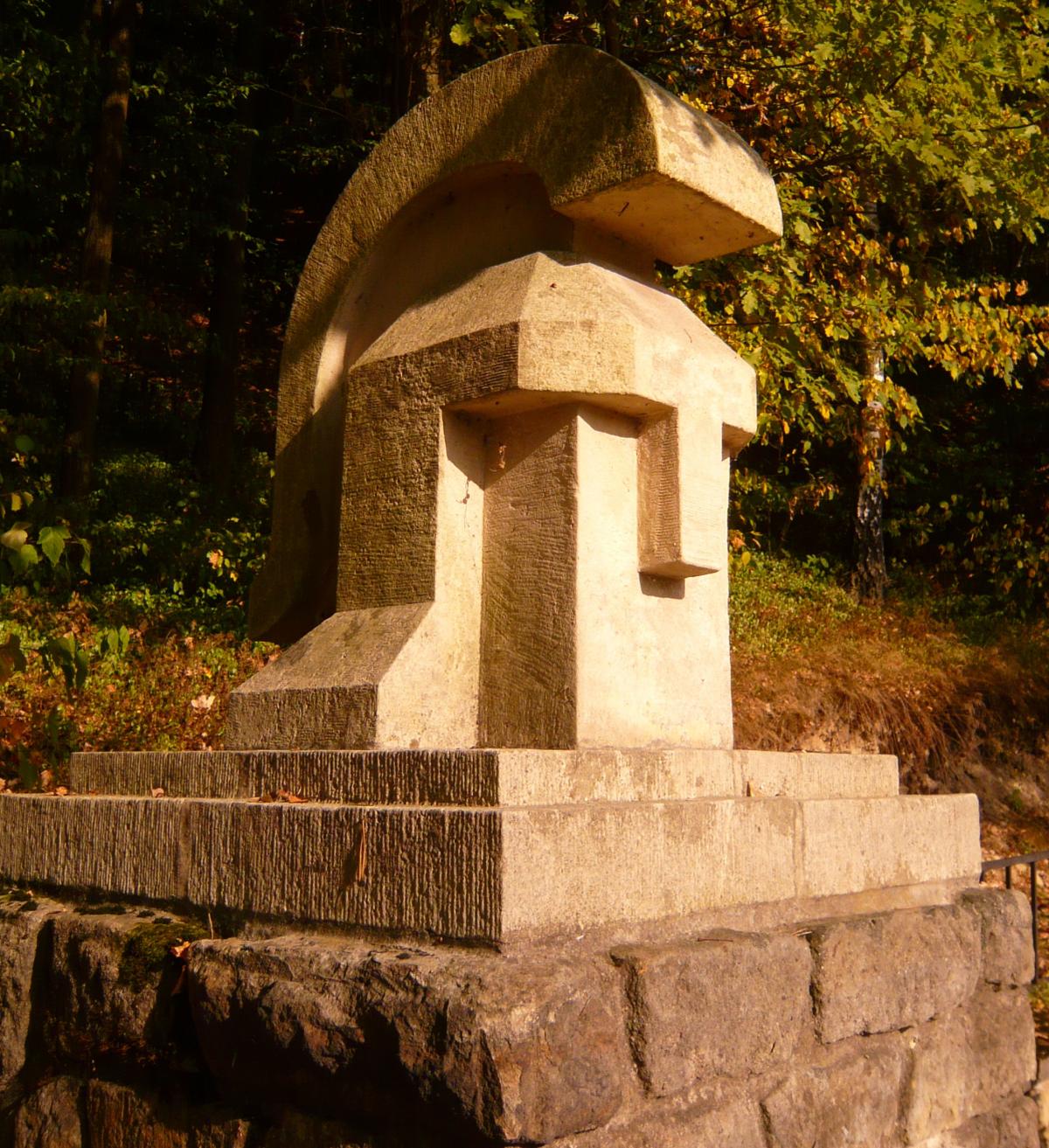 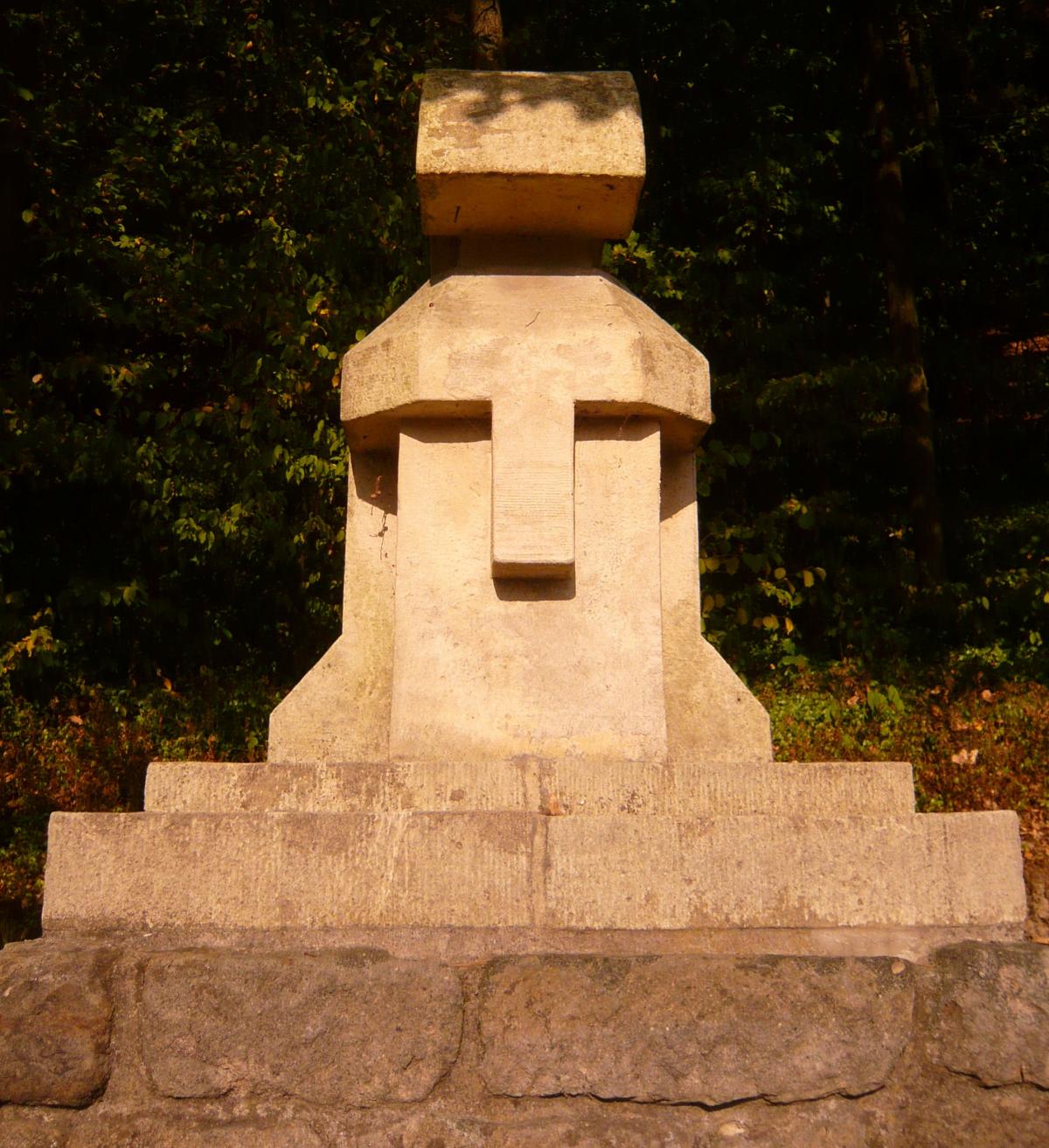 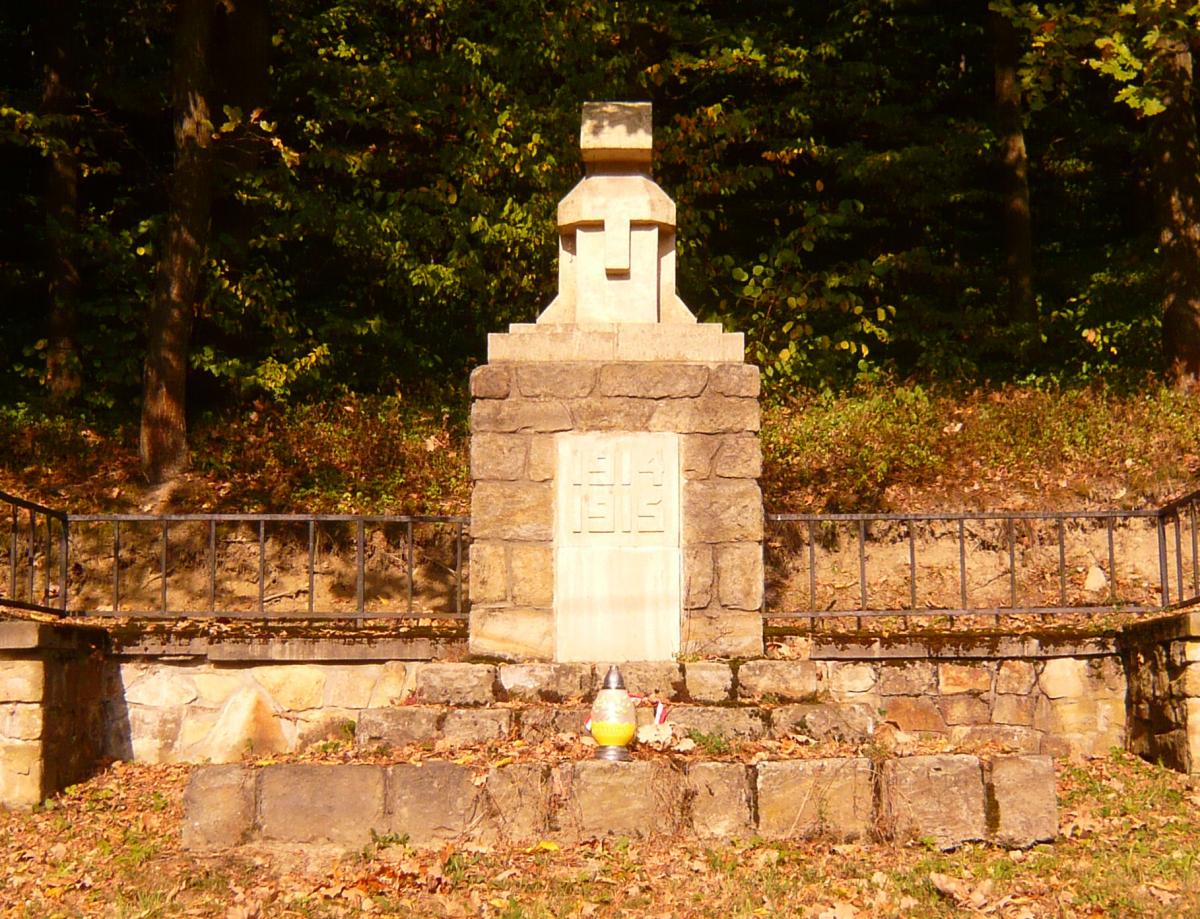