Light the virtual candle
gallery
Edit the description of the cemetery
add photos
number of votes 0
A beautiful cemetery
Return to the main page
War Cemetery No. 152 - Siedliska - a historic cemetery from World War I located in Siedliska in the TarnĂłw poviat, in the commune of TuchĂłw. One of over 400 Western-Galician war cemeteries built by the Cemetery Graves Division of the C. and K. Military Commanders in Krakow. In the 6 th TarnĂłw district, these cemeteries are 63 . [source: Wikipedia, 2776915]
Description of the cemetery
It is located on the road leading from Siedliska to DÄ…brĂłwka Tuchowska. It was founded around a chapel from 1887 and designed by Heinrich Scholz. It is a small cemetery on a rectangular plan. Currently, the fence consists of concrete posts, a concrete foundation and metal segments between the posts. At the back wall of 5 concrete stelae with crosses, at the front two, in the middle between them a figurine of the Virgin Mary covered with a tin roof. In addition, 2 conifers were planted inside the fence
The fate of the cemetery
The photograph of this cemetery was on postcards given to soldiers of the Army during the propaganda campaign, for example JarosĹ‚aw Haszek in the novel "Przygody dobre Wojaka Szwejka". One of these postcards is located, among others in the collection of the Gorlice Museum. It can be seen that the cemetery looked a bit different then at present - it was planted with trees that are no longer present. Two existing conifers are much younger, they were planted later. In 2015, this cemetery is not looking good; plaster plasters fall off, crosses rust, tombstones bend down. [source: Wikipedia, 2776915]
gallery
⮜⮿⮞
Wikipedia, Self-published work, World War I Cemetery nr 152 in Siedliska 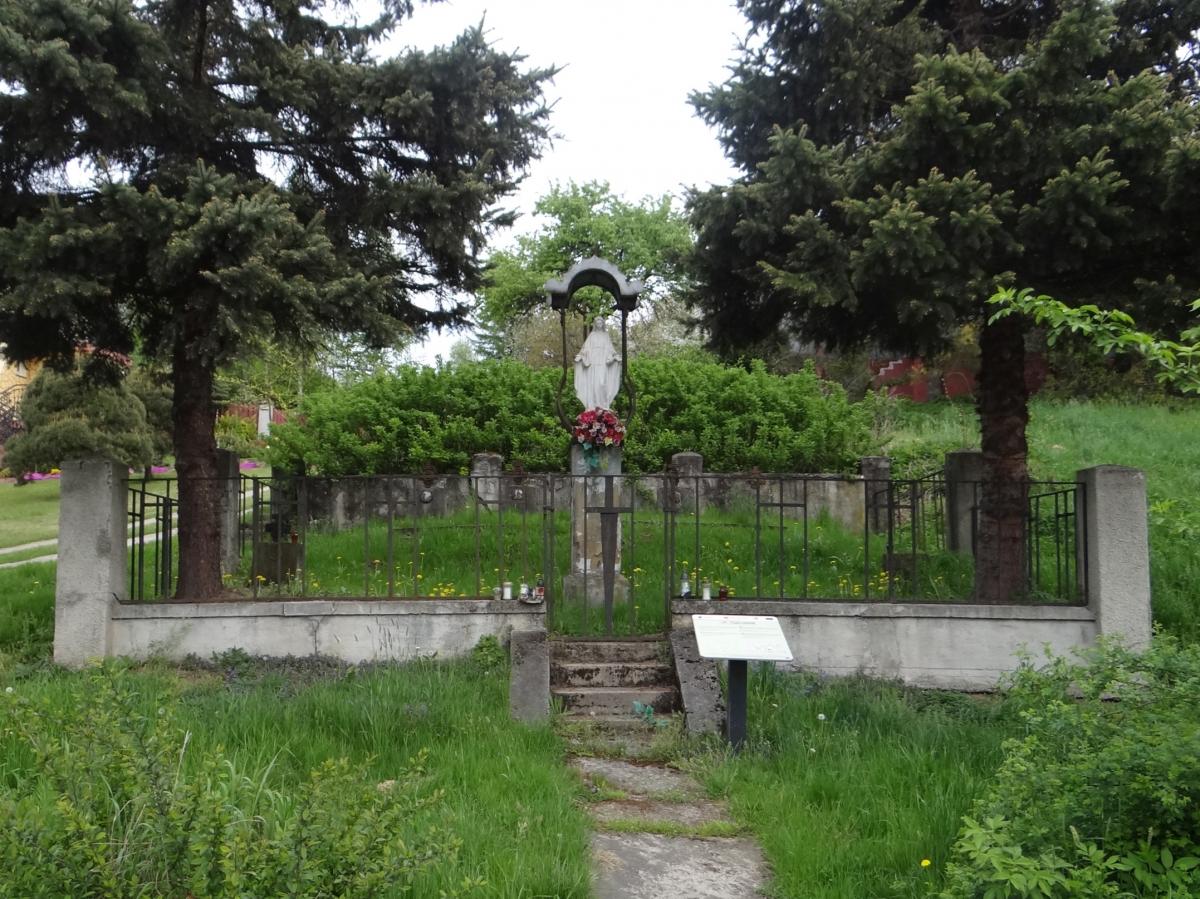 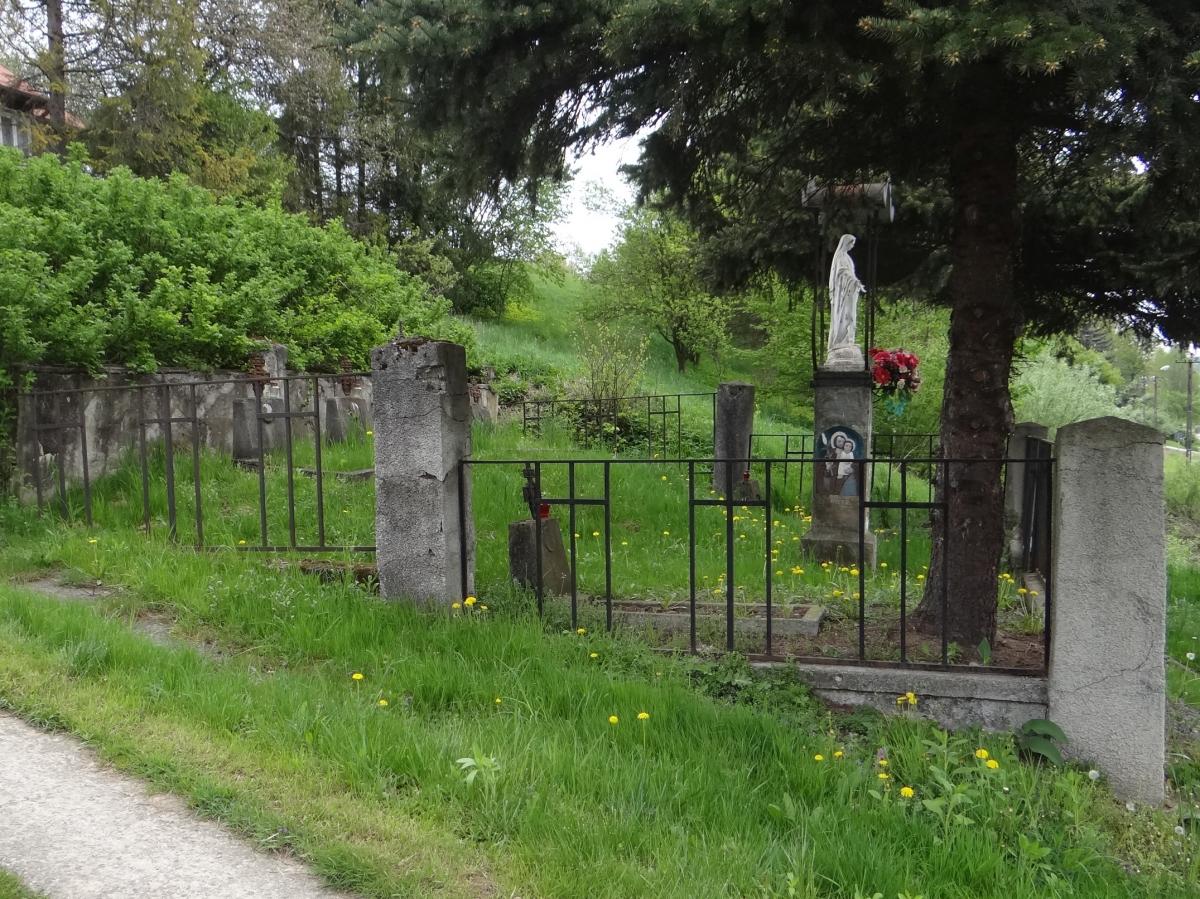 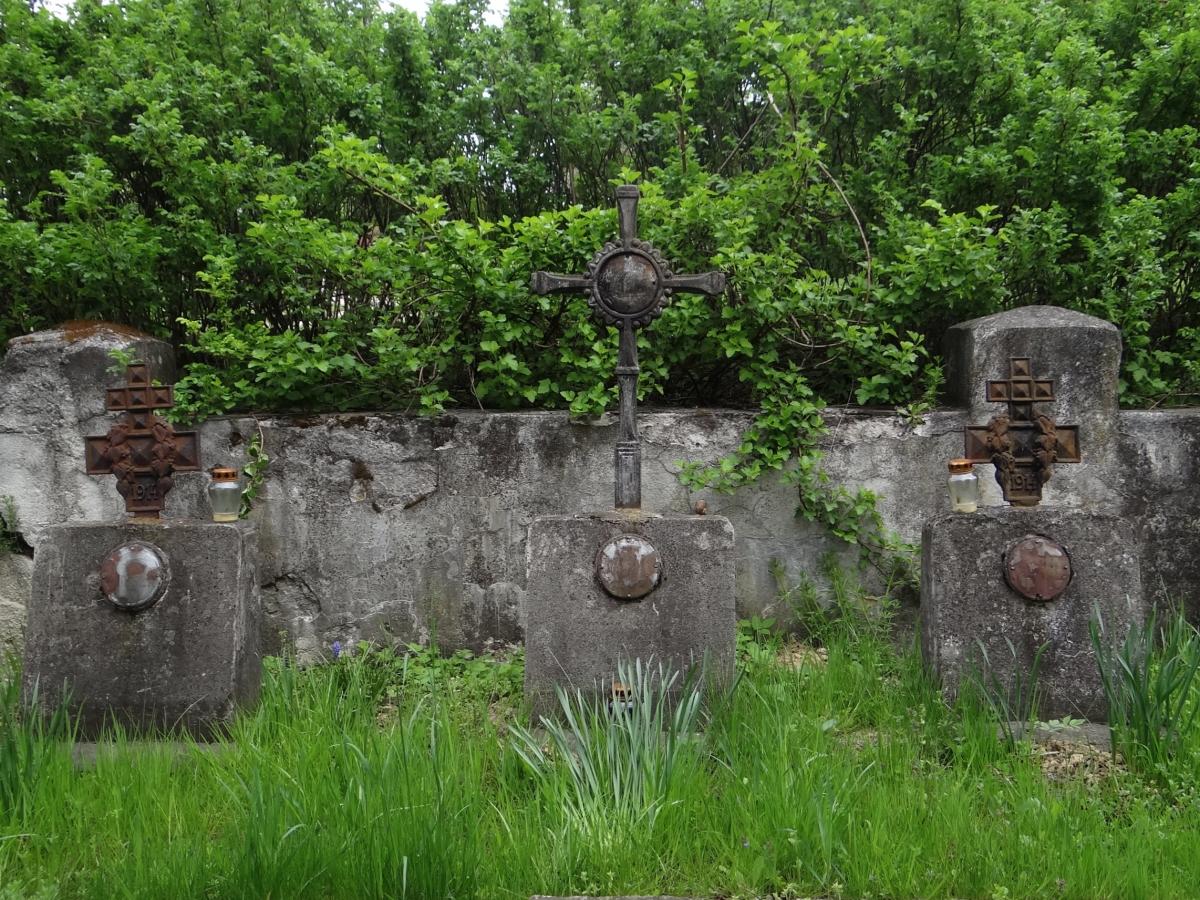 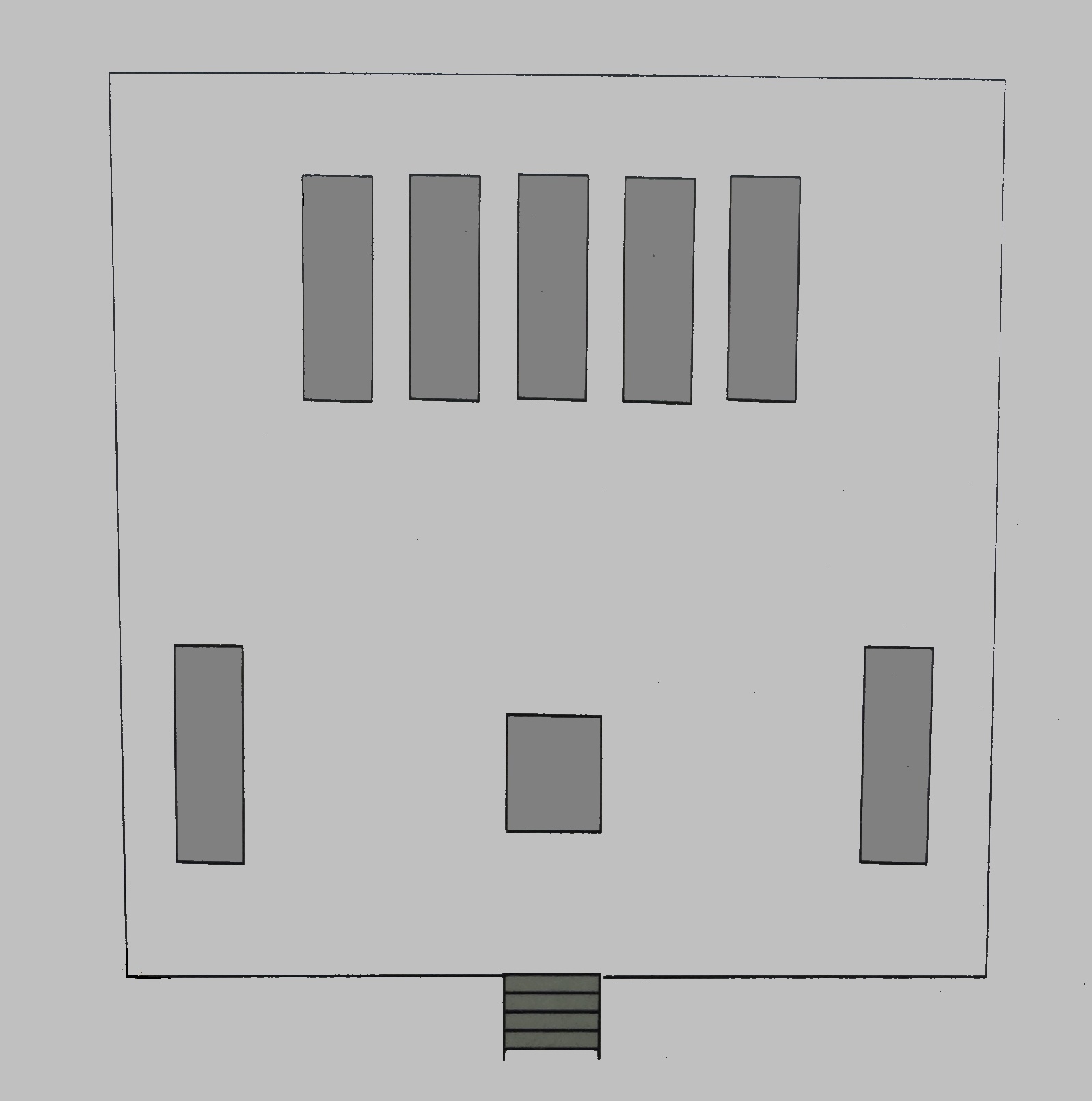