Light the virtual candle
gallery
Edit the description of the cemetery
add photos
number of votes 0
A beautiful cemetery
Return to the main page
War Cemetery No. 163 in TuchĂłw - a historic cemetery from World War I located in TuchĂłw in the Lesser Poland Voivodeship, in the TarnĂłw poviat. It is one of 400 Western-Galician war cemeteries built by the Cemetery Graves Division of the C. and K. Military Commanders in Krakow. In the 6 th TarnĂłw district, these cemeteries are 63 . [source: Wikipedia, 2439977]
Location
The cemetery is located on the top of Furmaniec hill (313 m), rising on the north-eastern side of the monastery in TuchĂłw. A black hiking trail leads to the monastery in TuchĂłw. The cemetery can also be reached by asphalt road leading from TuchĂłw to Zalasowa. The cemetery is located on the left side of this road, approx. 100 m away . A dirt road leads to the original Austrian concrete information pole with a concrete plaque. The hill is bezleĹ›ne, thanks to it a wide panoramic view can be seen. Next to the cemetery there is a lookout point, a plaque with a described panorama view, a place for camping and a cross commemorating Pope John Paul II. [source: Wikipedia, 2439977]
Description of the cemetery
It was designed by the German architect Heinrich Scholz on a rectangular plan with bevelled corners. The cemetery fence is made of metal pipes unbuttoned between stone posts. Entry through a double-gate. The central monument is a four-storied stone pedestal made of stones, on which a wooden Latin cross was placed. On its front wall are dates 1914, 1915, at the back inscription in German. In translation into Polish, it means: Do not worry that our lips are silent, after all, our graves will tell you about love of the homeland. "Tombstones are placed symmetrically along all sides of the cemetery, there is a lot of space at the central monument. There are three types of tombstones : * concrete, similar to the pedestal of the cross, but with a concrete cross, * concrete steles with a cast-iron Latin cross topped with cast iron gloria, * concrete steles with a cast-iron Lorraine cross. All the tombstones contain tin information plates. [source: Wikipedia, 2439977]
the fallen
137 Austro-Hungarian and 97 Russian soldiers were buried in the cemetery, in 106 single and 22 collective graves. By name, 68 Austro-Hungarian soldiers are known. They all died on December 20, 1914, one in May 1915.
The fate of the cemetery
After World War II, cemeteries from the First World War were not cared for and fell into disrepair
gallery
⮜⮿⮞
••
Wikipedia, Self-published work, World War I Cemetery nr 163 in Tuchów 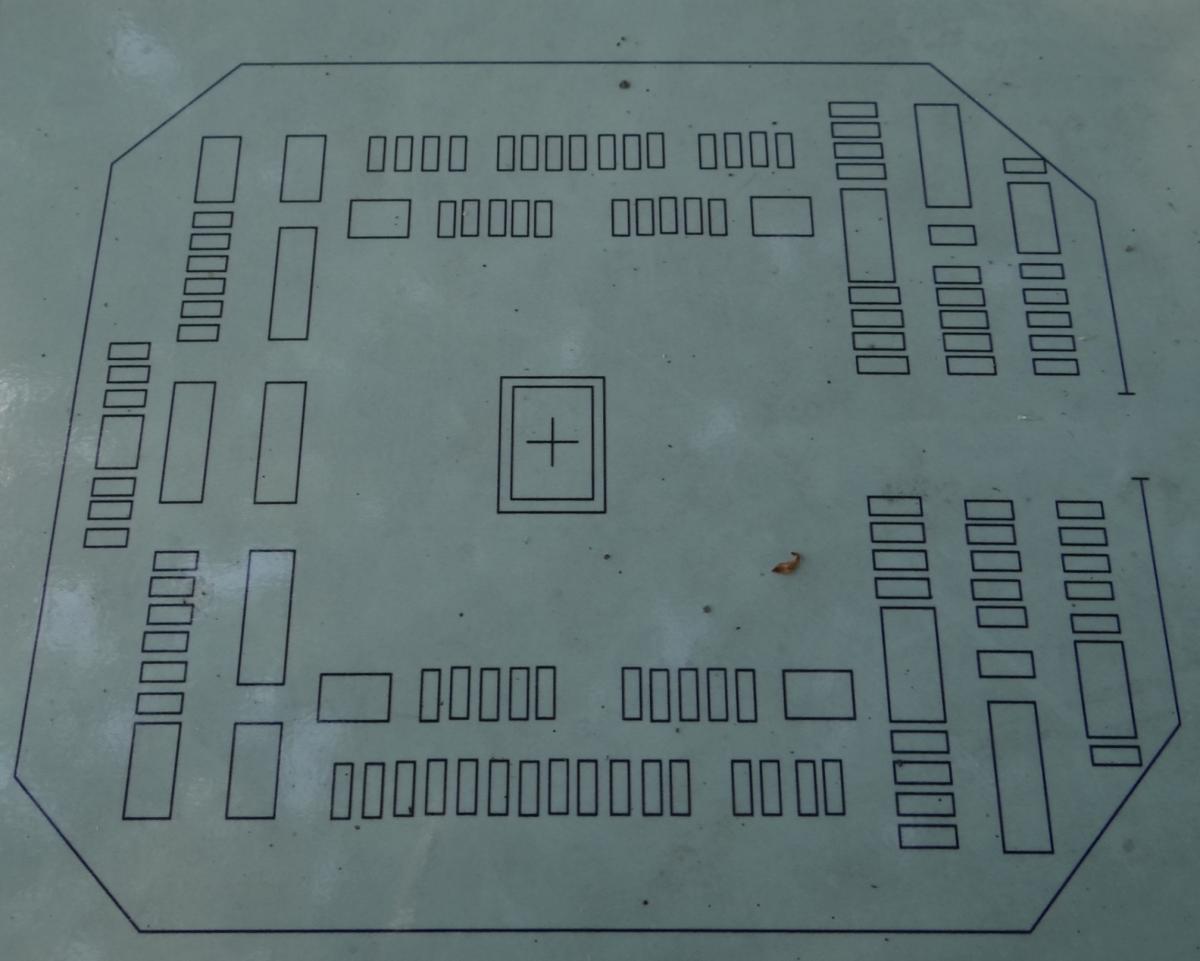 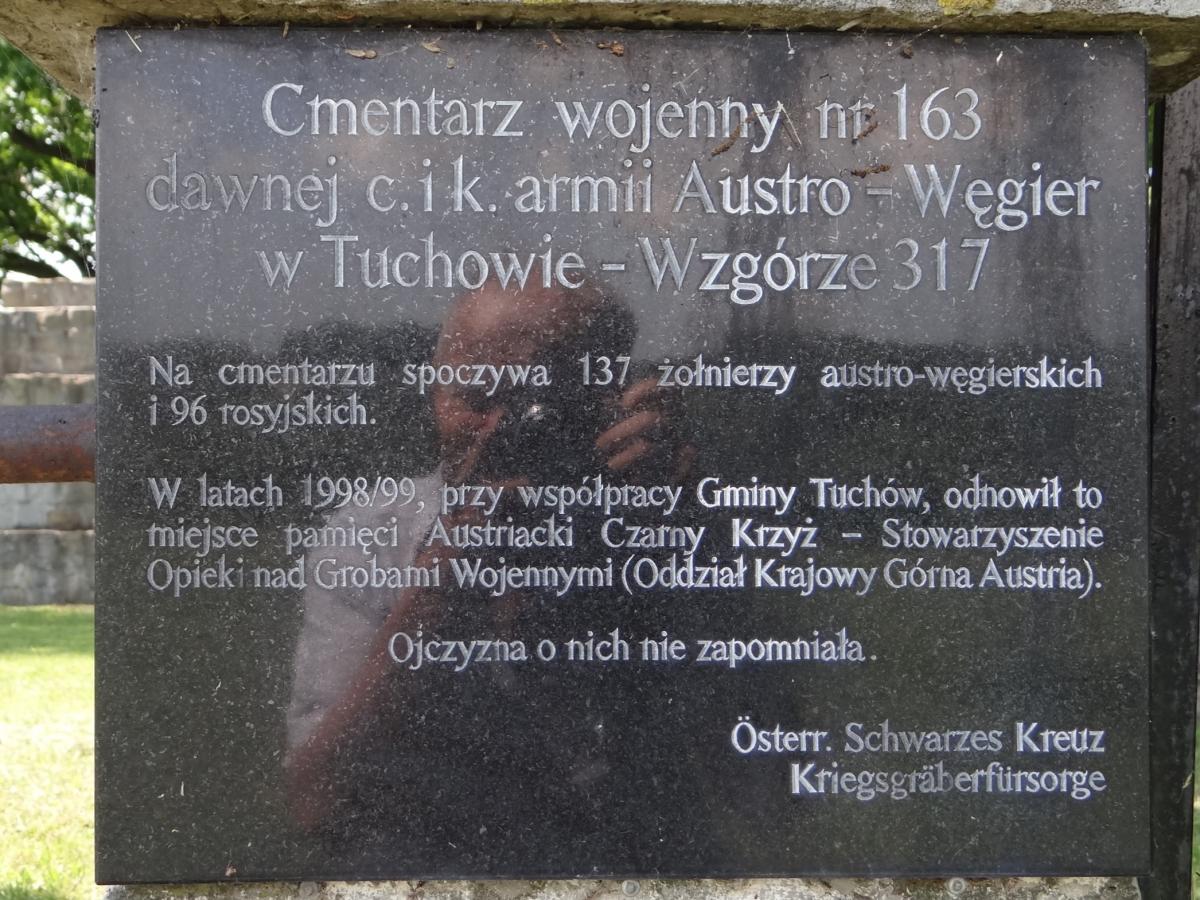 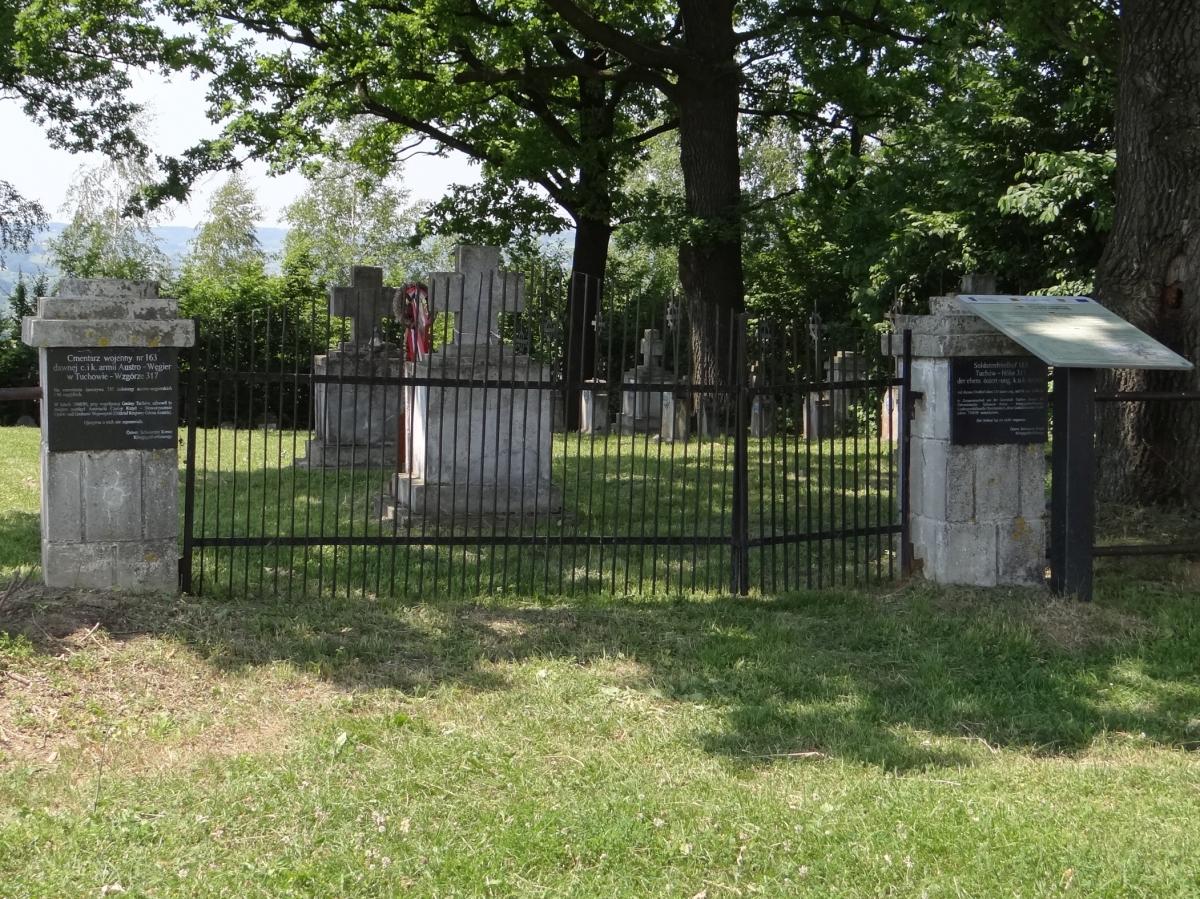 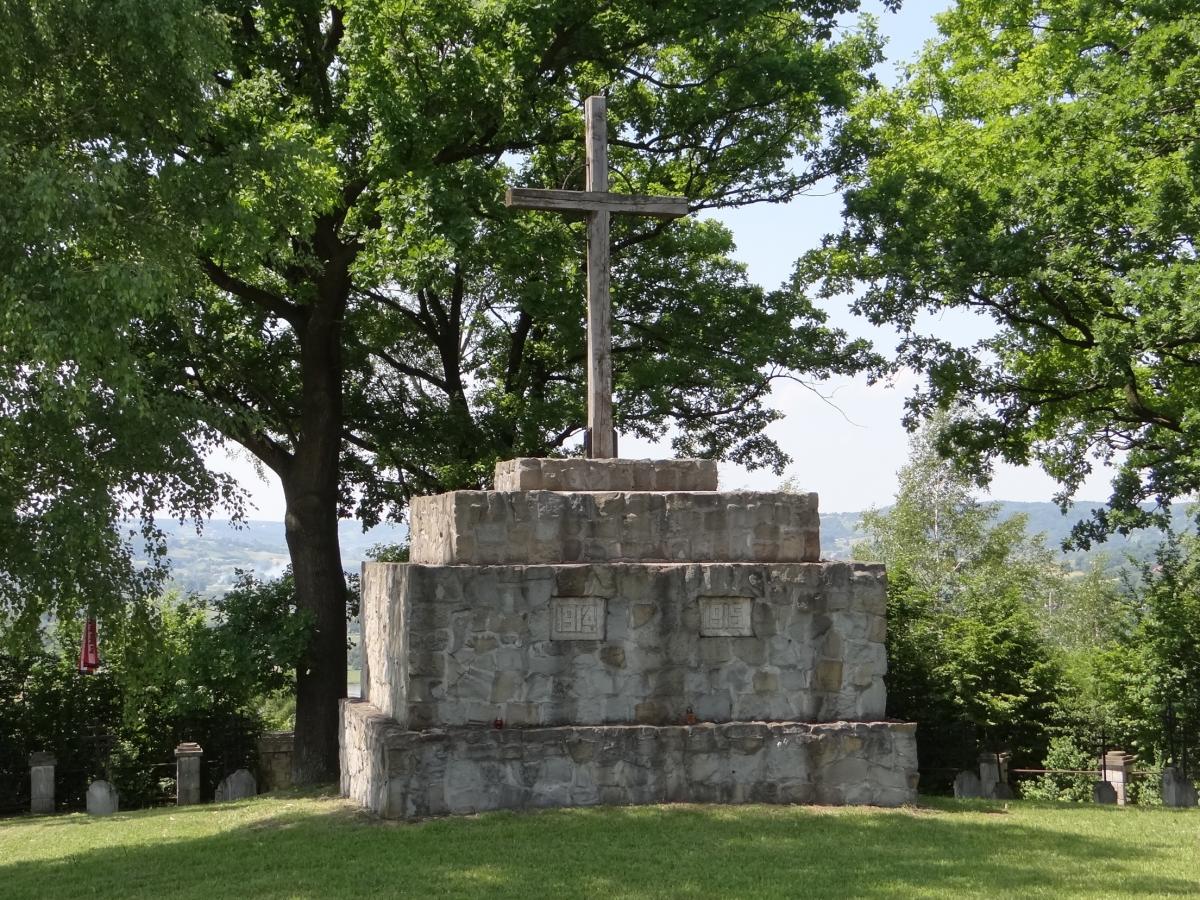 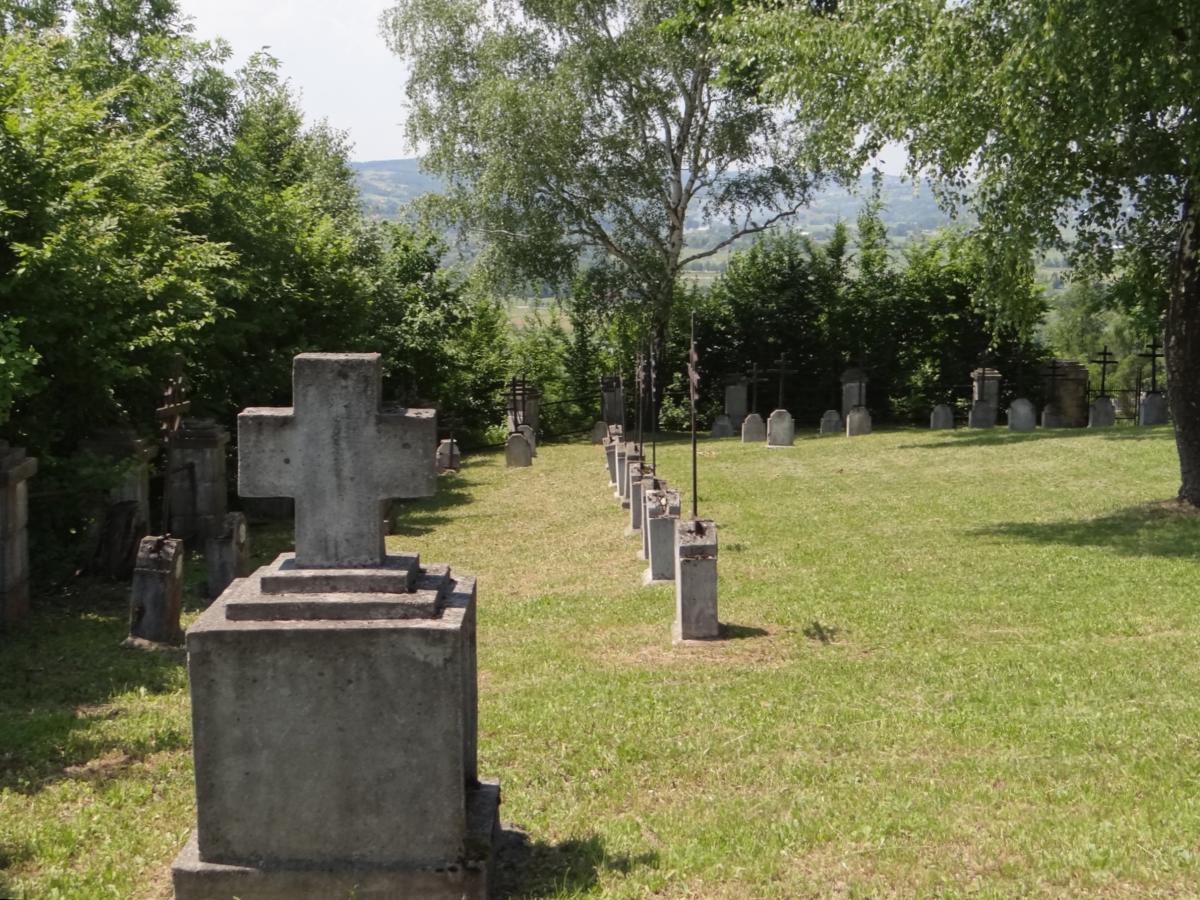 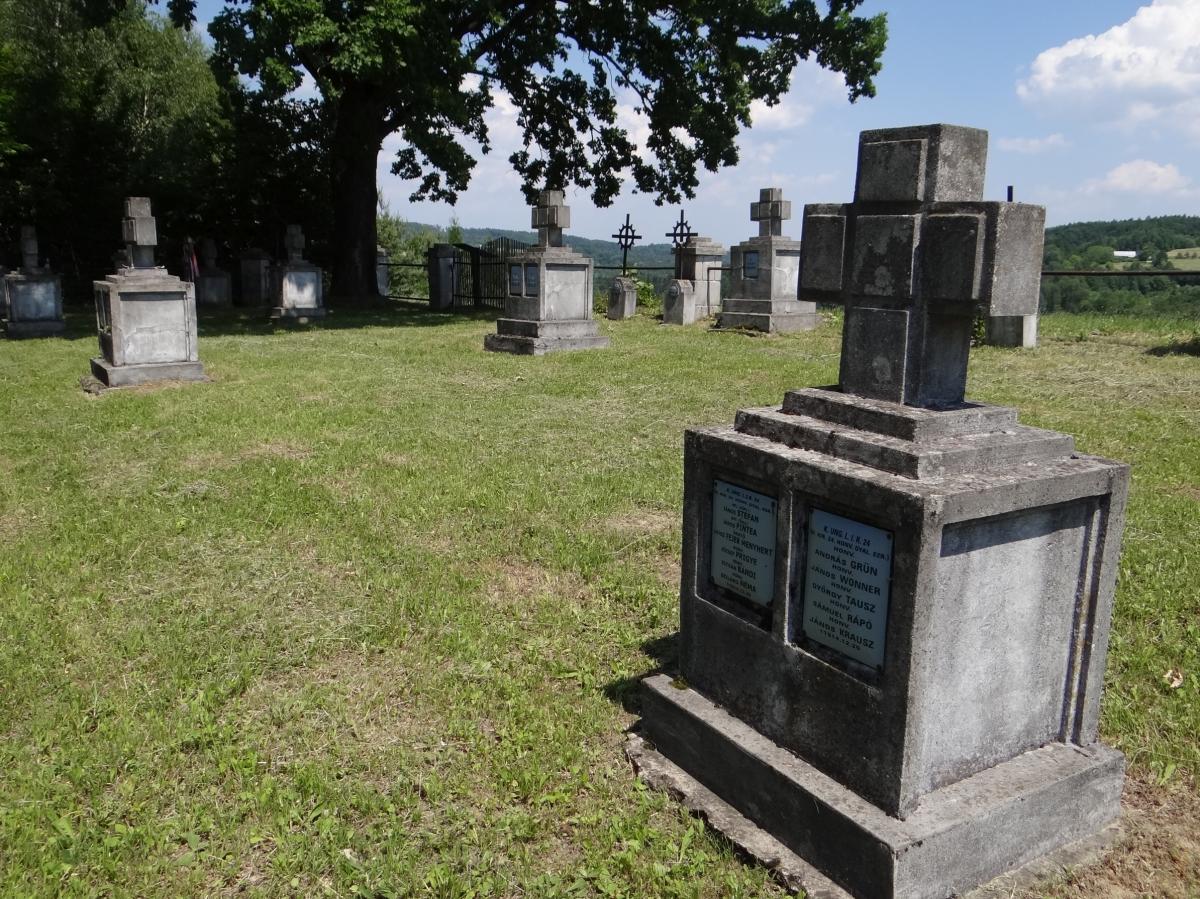 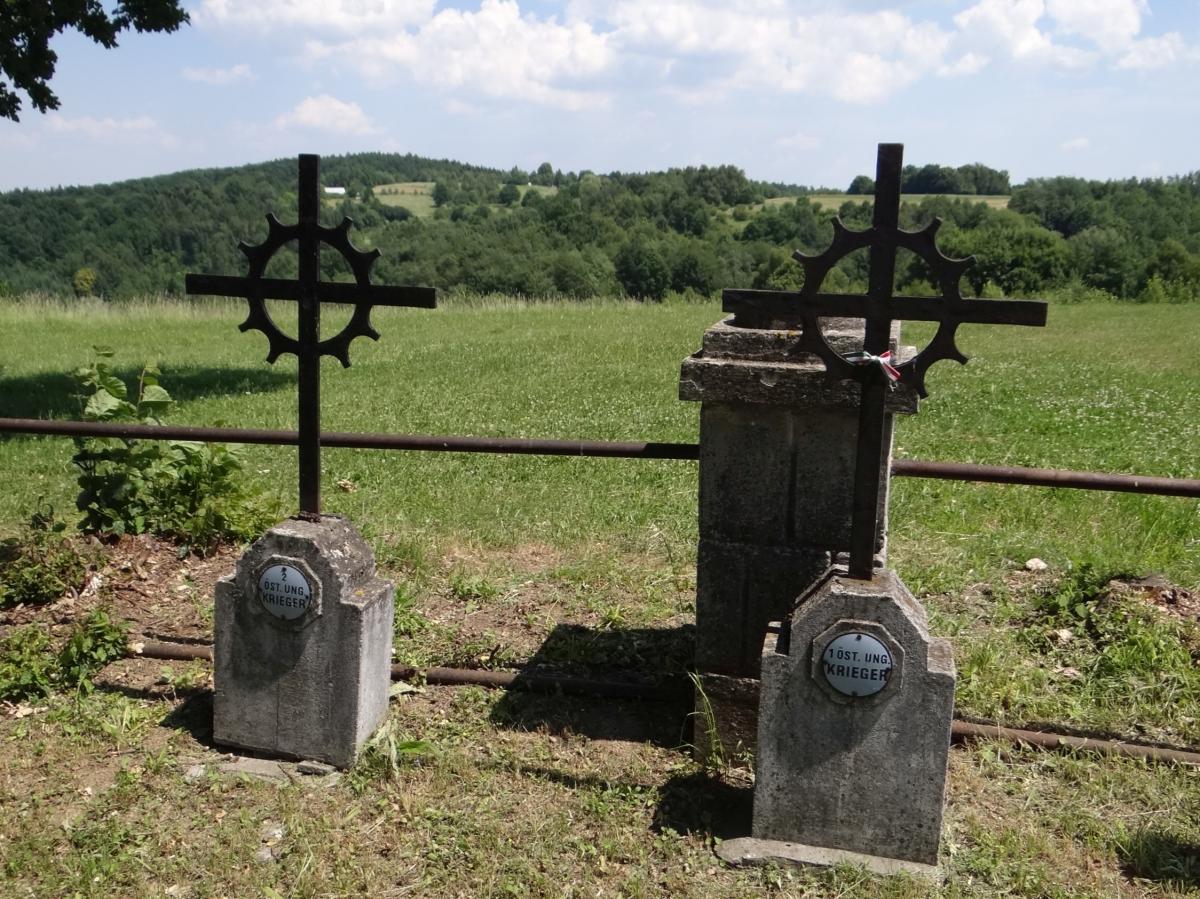 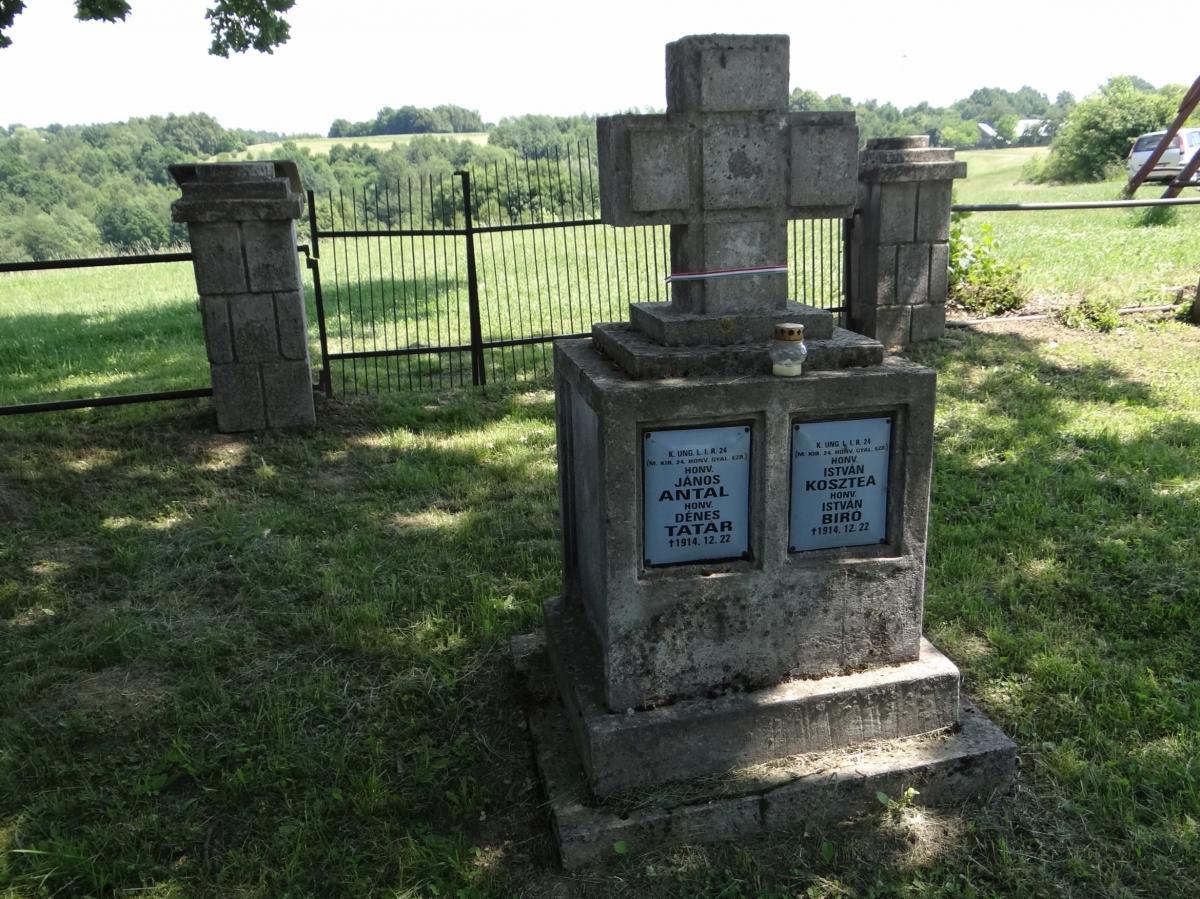 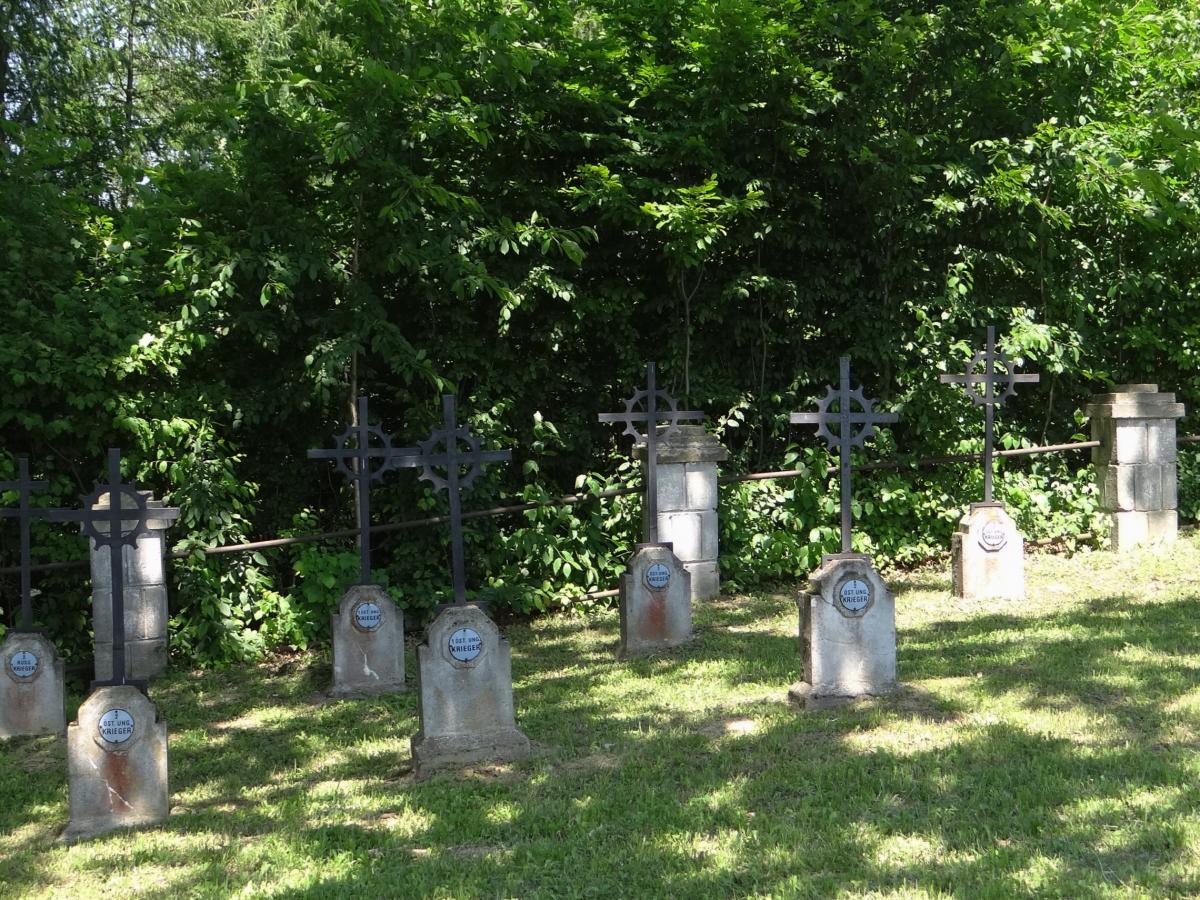 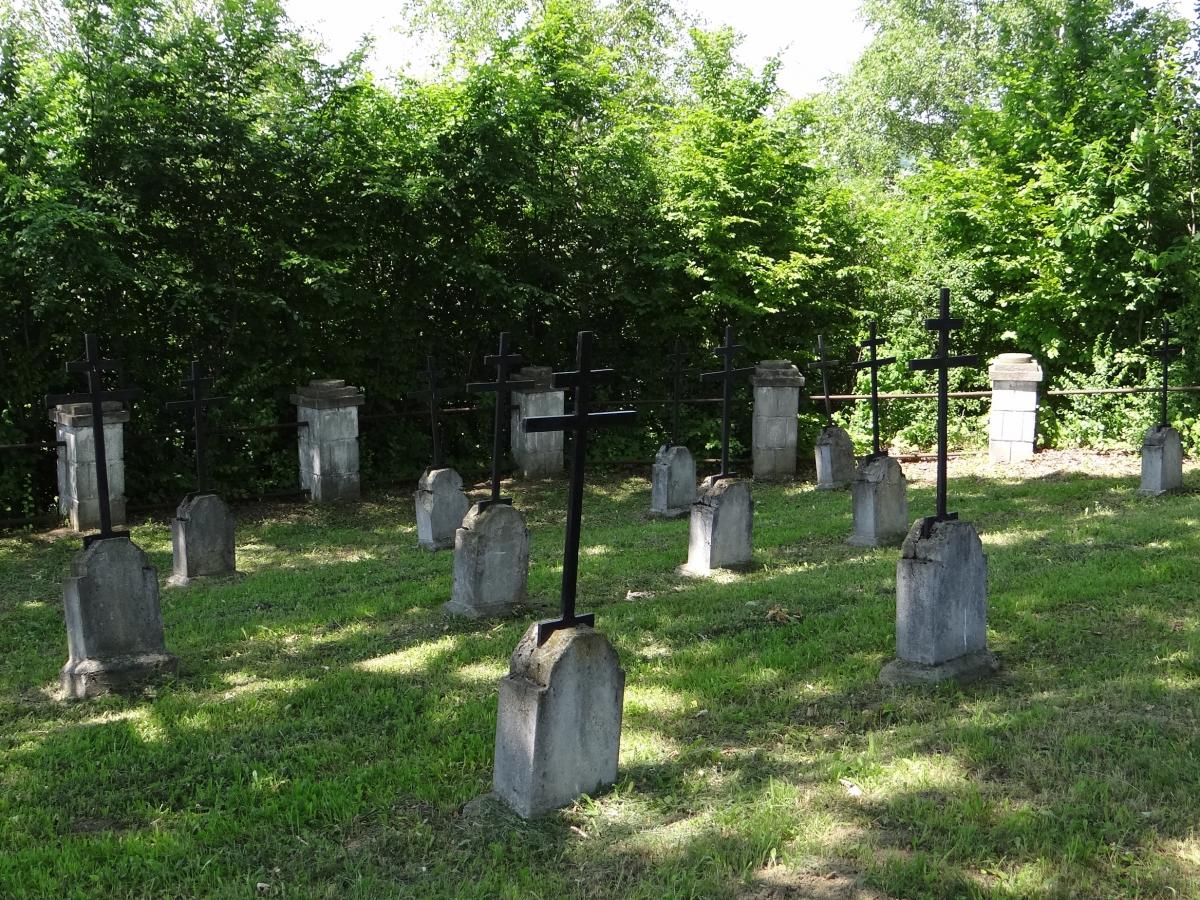