Light the virtual candle
gallery
Edit the description of the cemetery
add photos
number of votes 0
A beautiful cemetery
Return to the main page
War Cemetery No. 182 in SiemiechĂłw - a cemetery from World War I located in the village of SiemiechĂłw in the Lesser Poland Voivodeship, in the TarnĂłw poviat, in the Gromnik commune. It is one of 400 Western-Galician war cemeteries built by the Cemetery Graves Division of the C. and K. Military Commanders in Krakow. In the 6 th TarnĂłw district, these cemeteries are 63 . [source: Wikipedia, 2778352]
Position
The cemetery is located on the south-east ridge of the WaĹ‚ embankment, falling to the road in Gromnik. You can get to it by an asphalt road from SiemiechĂłw. This road is branching; to the cemetery leads her right branch marked with signs of a black bicycle trail. It ends at the clearing with a small housing estate. The cemetery is located in the forest, at the lower end of the glade. It can also be reached on foot from the green tourist trail leading from Gromnik to the top of the embankment - it is not located directly on the route, but within 5 minutes of it. Walking along a forest path . [source: Wikipedia, 2778352]
History of the cemetery
The cemetery was almost completely destroyed and was reconstructed. The main decorative element of the cemetery was a simple, high cross made of wooden beams, set on a stone mound
The current appearance of the cemetery
The present cemetery is completely different from the original one. It is a rectangular, leveled lawn surrounded by panels with a metal net on a concrete foundation. Entrance through a metal gate. The only elements in the cemetery are the newly made concrete monument and the officer's grave in front of him. The monument has the shape of a sharp cut pyramid placed on a concrete foundation. Topped with a Latin concrete cross. On the front of the pyramid there is a plaque with the inscription in Polish: CEMETERY OF AUSTRIACKI ZI WOJNY ĹšWIATOWEJ NR 182/44 GROBY ZIEMNE. Under the blackboard, a card with a printout of the names of the identified soldiers was placed in a wooden frame. The officers' tombs are an earth gravestone with a concrete frame, crowned with a small concrete Latin cross. All graves of the soldiers have been leveled and no tombstone is left on them
the fallen
In 45 individual graves, 45 Austro-Hungarian soldiers were buried here. 5 of them were identified, they come mainly from the 5th infantry regiment recruited from the area of present Romania, 55th infantry regiment recruited from the areas of present Ukraine (26% of Poles, 59% of Ukrainians and 15% of other nationalities in the regiment] and 60th regiment of recruited infantry in Hungary in the grave with a concrete rim lieutenant Edward Gindermann from the 15th Tarnopol infantry regiment
gallery
⮜⮿⮞
Wikipedia, Self-published work, World War I Cemetery nr 182 in Siemiechów 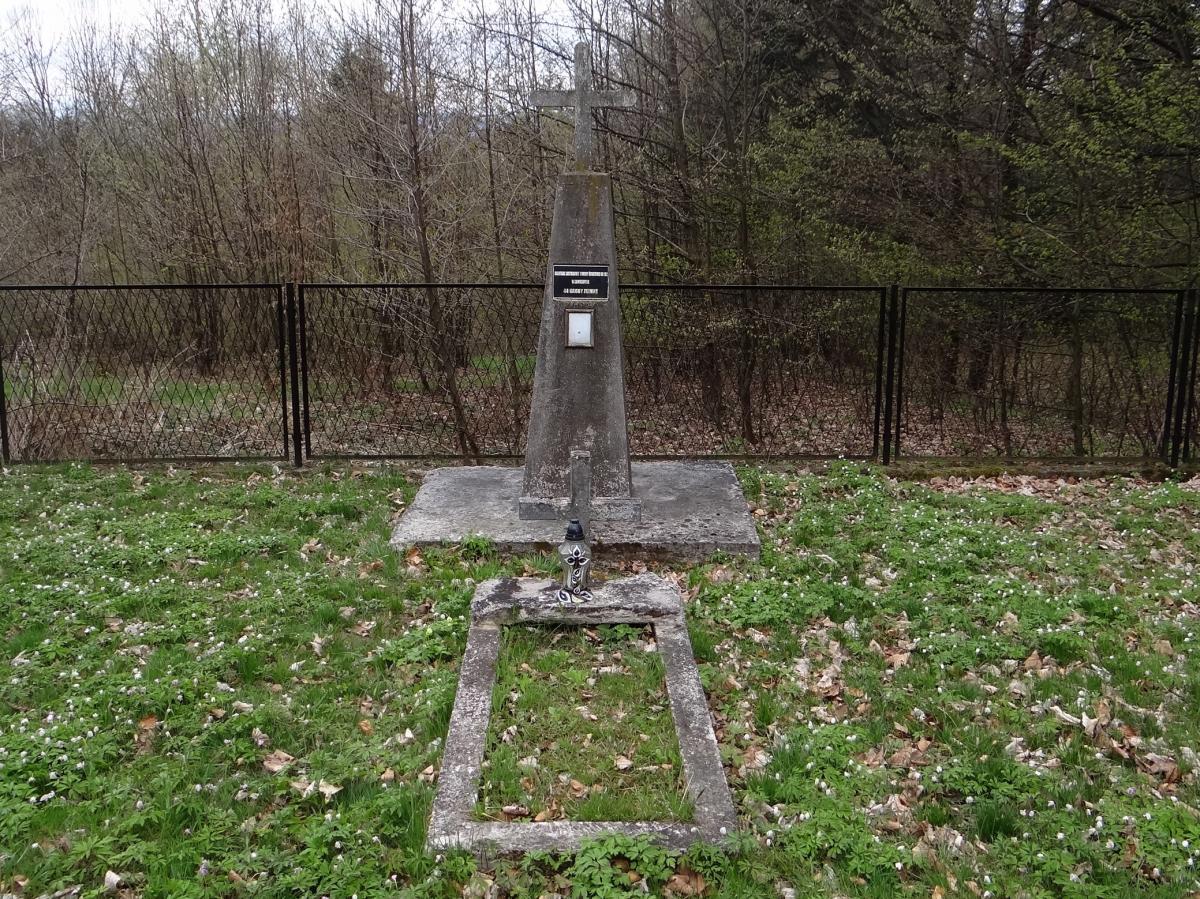 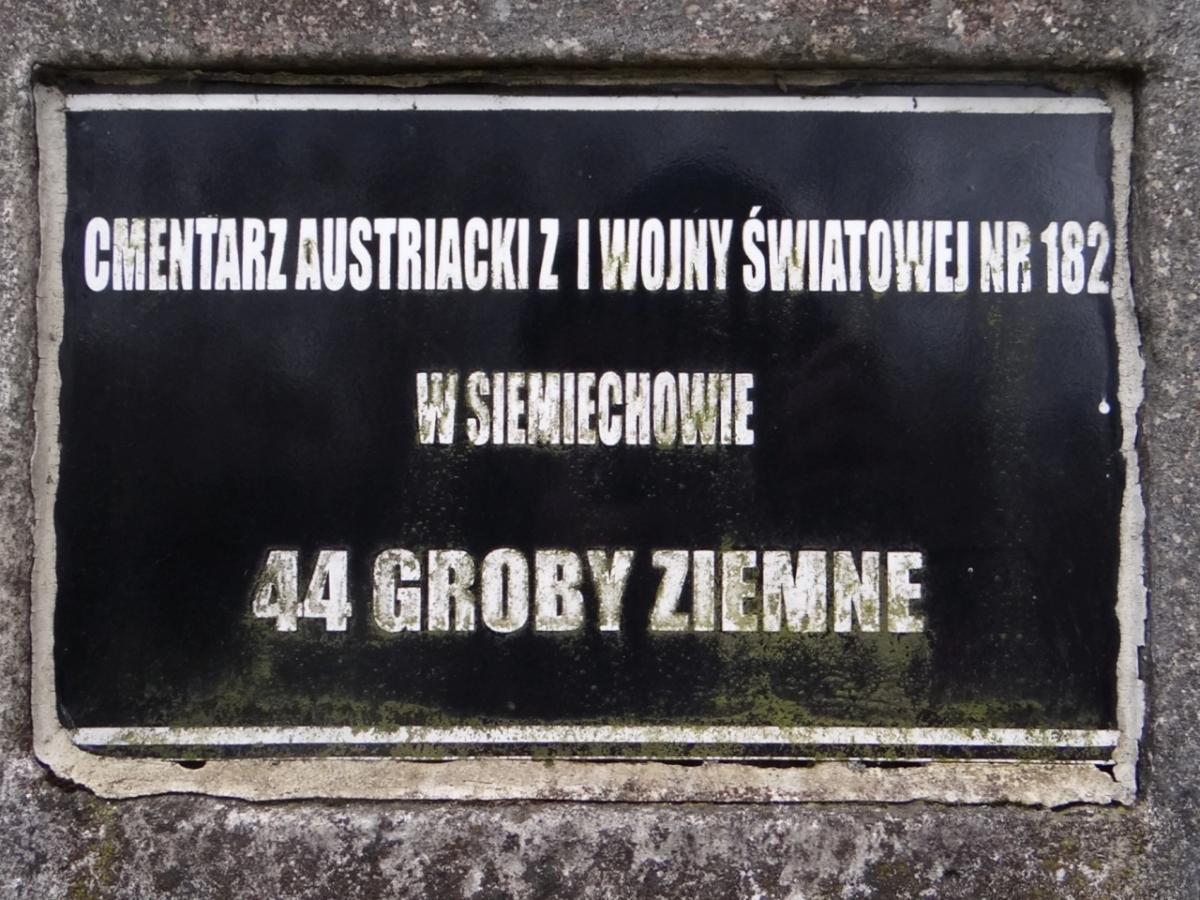 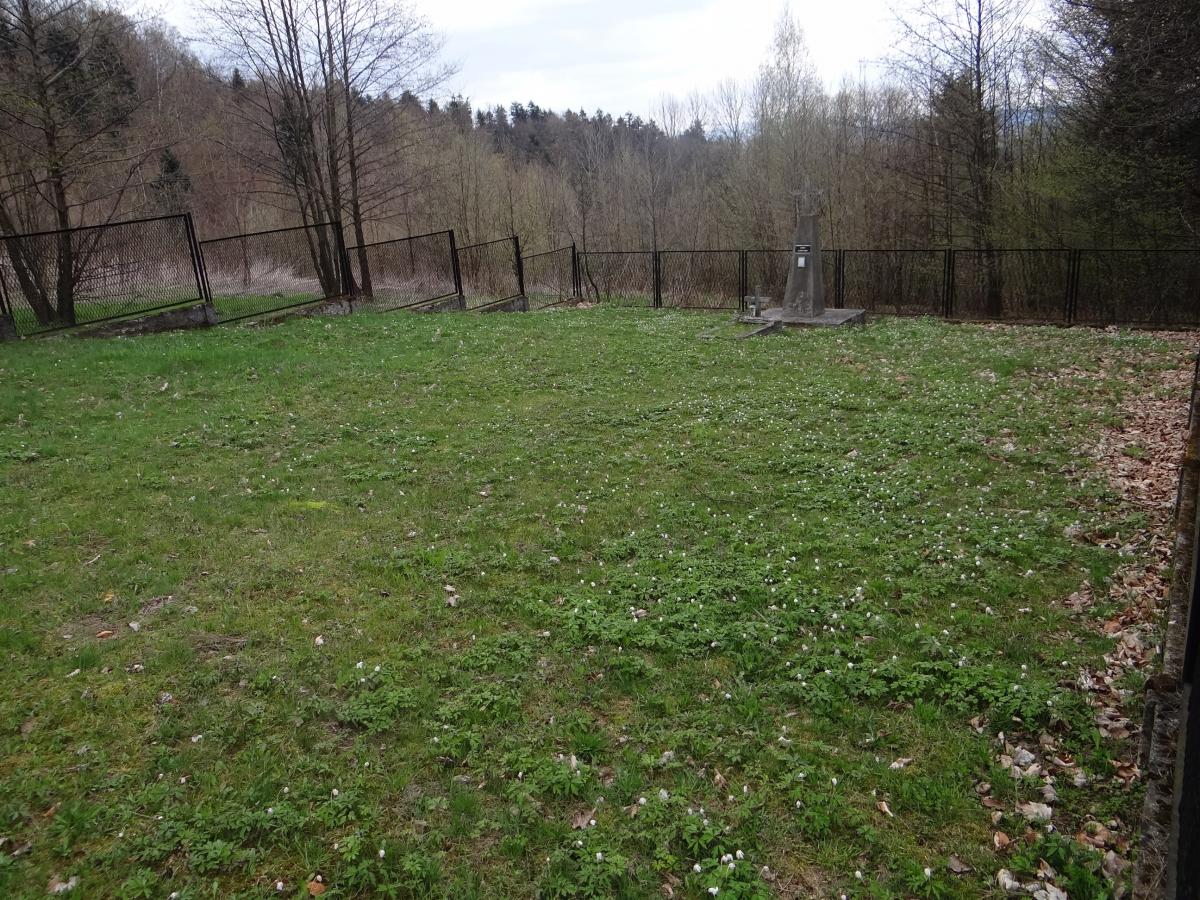 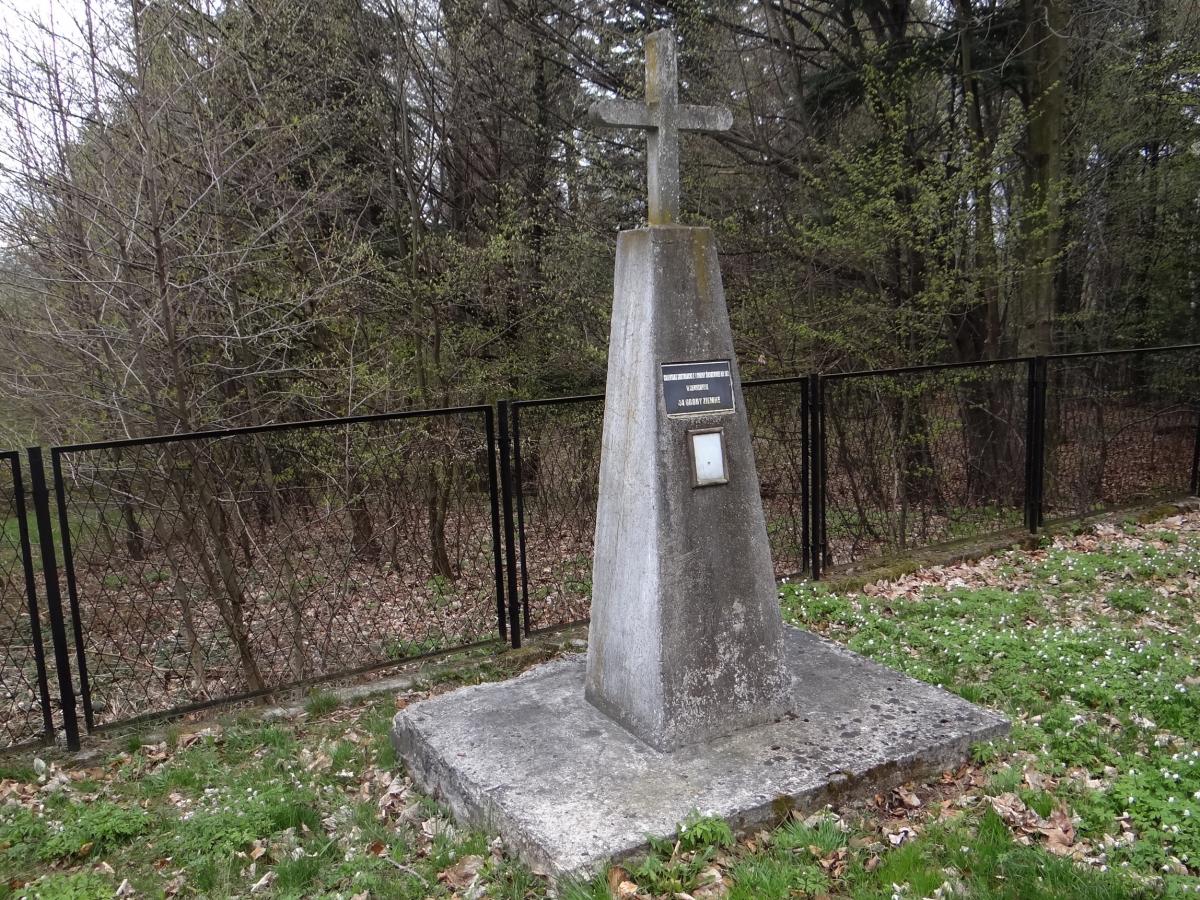