Light the virtual candle
gallery
Edit the description of the cemetery
add photos
number of votes 0
A beautiful cemetery
Return to the main page
War Cemetery No. 146 in BrzozĂłw - a historic cemetery from World War I, located in the village of Brzozowa, in the Gromnik commune, the TarnĂłw poviat, the MaĹ‚opolska province. One of over 400 Western-Galician war cemeteries built by the Cemetery Graves Division of the C. and K. Military Commanders in Krakow. In the 6 th TarnĂłw district, these cemeteries are 63 . [source: Wikipedia, 2408230]
Description of the cemetery
It is located 800 m from the church in Brzozowa, by the road, which runs a yellow tourist route to Sucha GĂłra . The cemetery was located next to the previously existing chapel. It comes from 1903 and has a statue of the Virgin Mary inside. It was designed by Heinrich Scholz. It is a small cemetery on a trapezoidal plan. The fence is a wooden fence fence mounted on concrete posts. Entrance from the road through a single-wing gate adjacent to the chapel. No central monument - it is replaced by a chapel . On the tombstones, concrete steles were placed, on which tin nameplates and cast-iron crosses crowned with a laurel wreath were mounted. There are two types of these crosses: one-armed Maltese crosses on the tombstones of Austro-Hungarian and two-armed Lorraine on tombstones of Russian soldiers. Large oaks grow around the cemetery, [source: Wikipedia, 2408230]
the fallen
In 7 collective graves and 24 individual tombs, 78 Austro-Hungarian and 25 Russian soldiers were buried here
The fate of the cemetery
After World War II, war cemeteries from the First World War were not cared for and destroyed
gallery
⮜⮿⮞
Wikipedia, Self-published work, World War I Cemetery nr 184 in Brzozowa 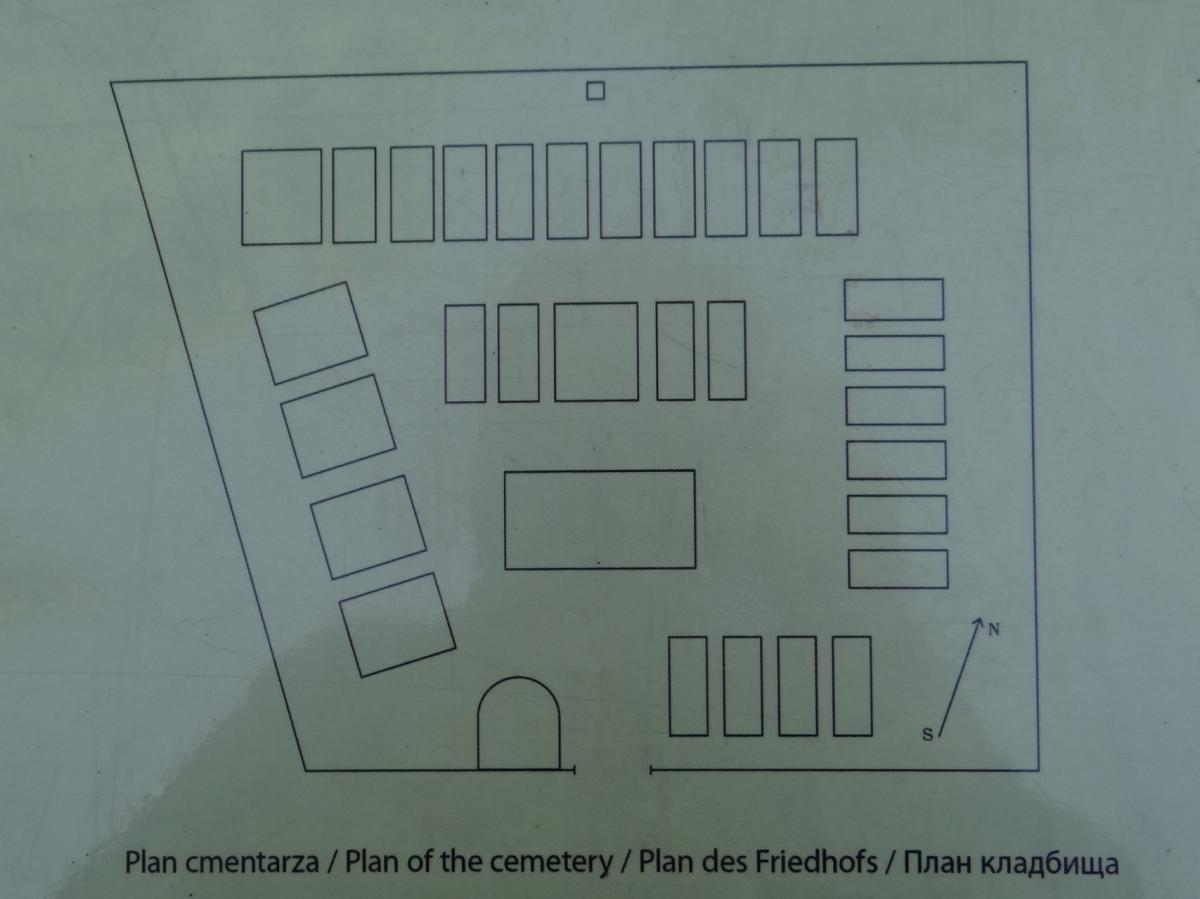 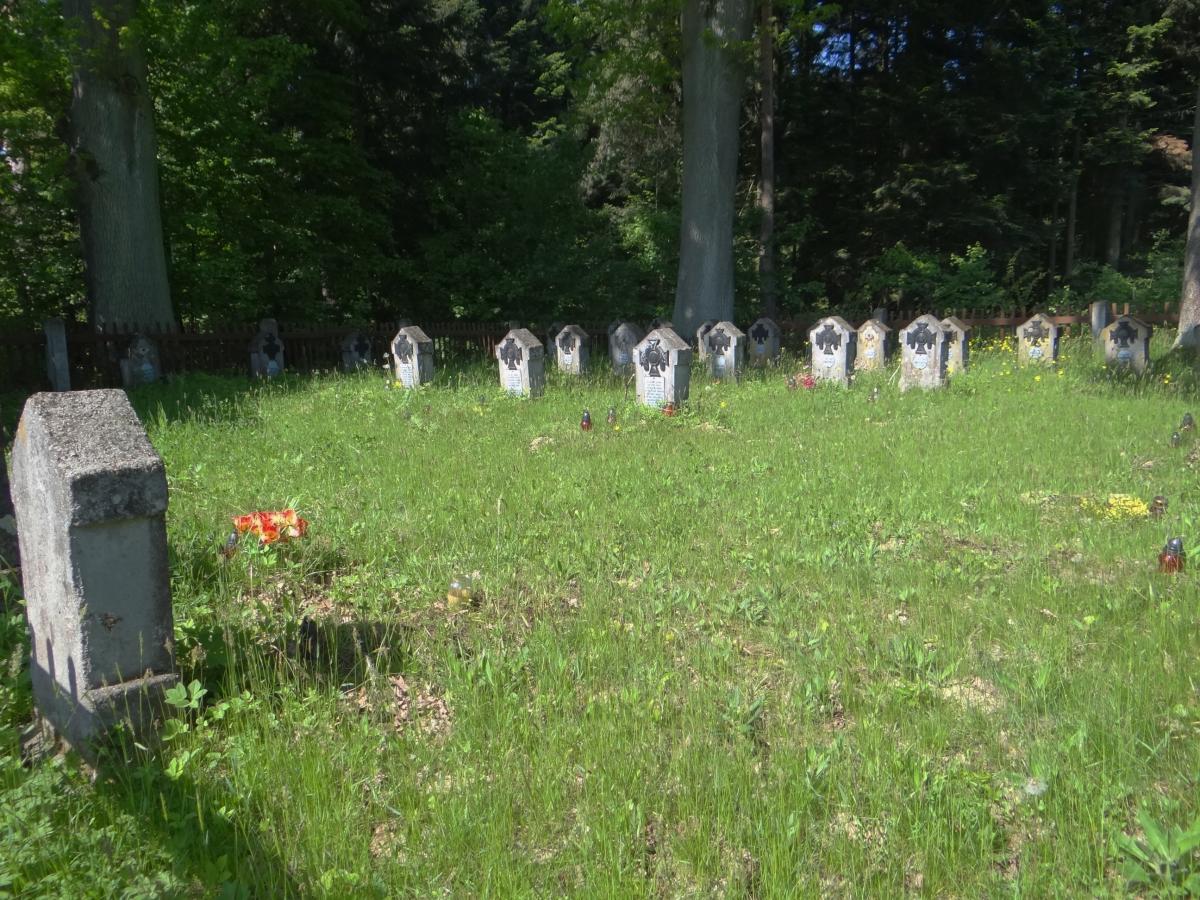 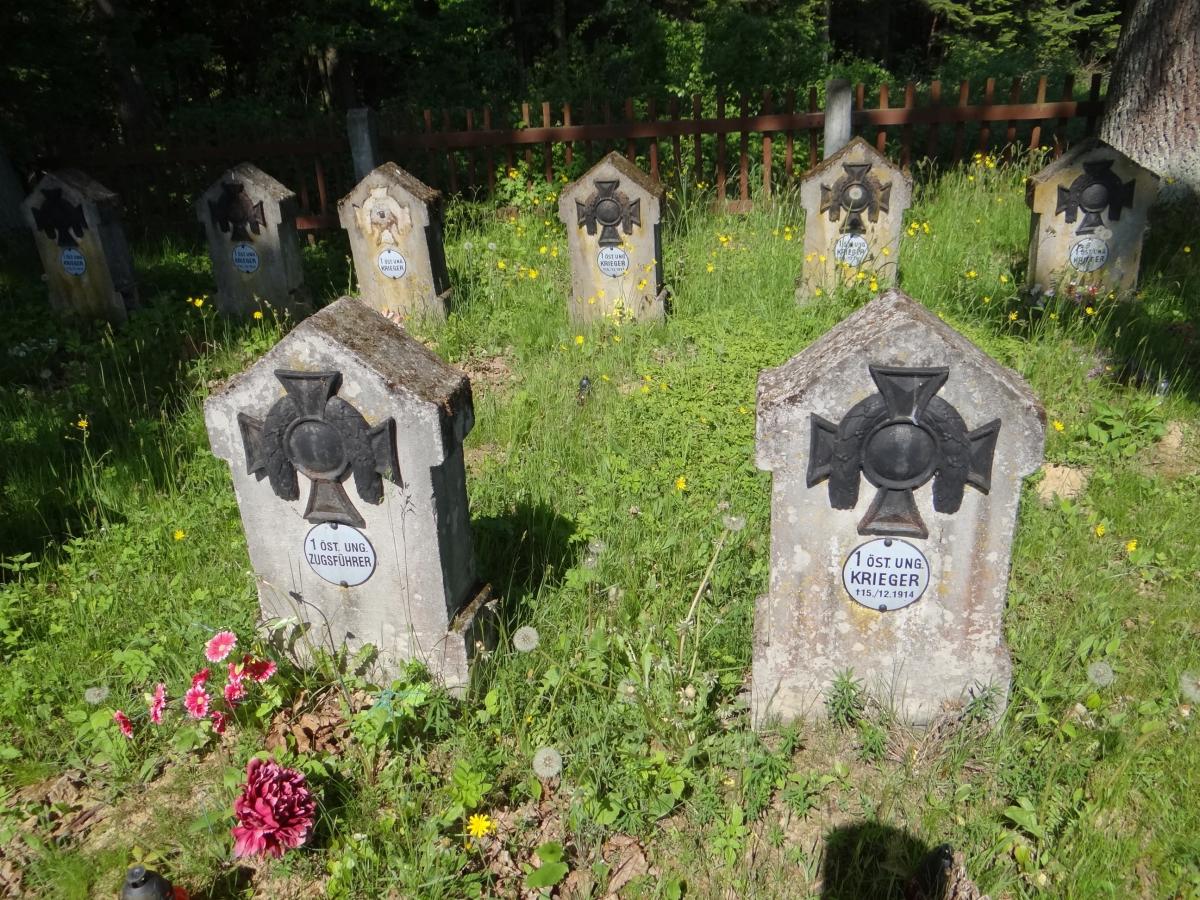 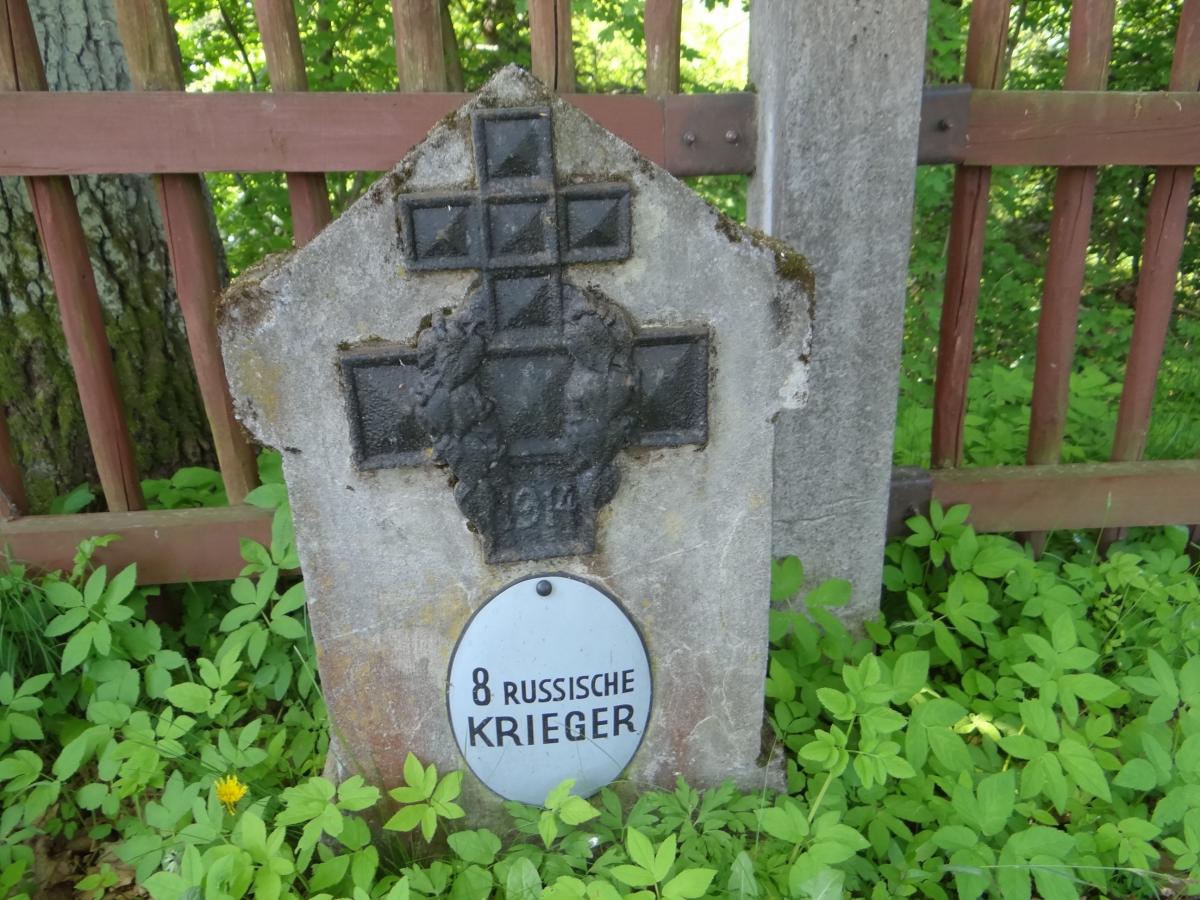 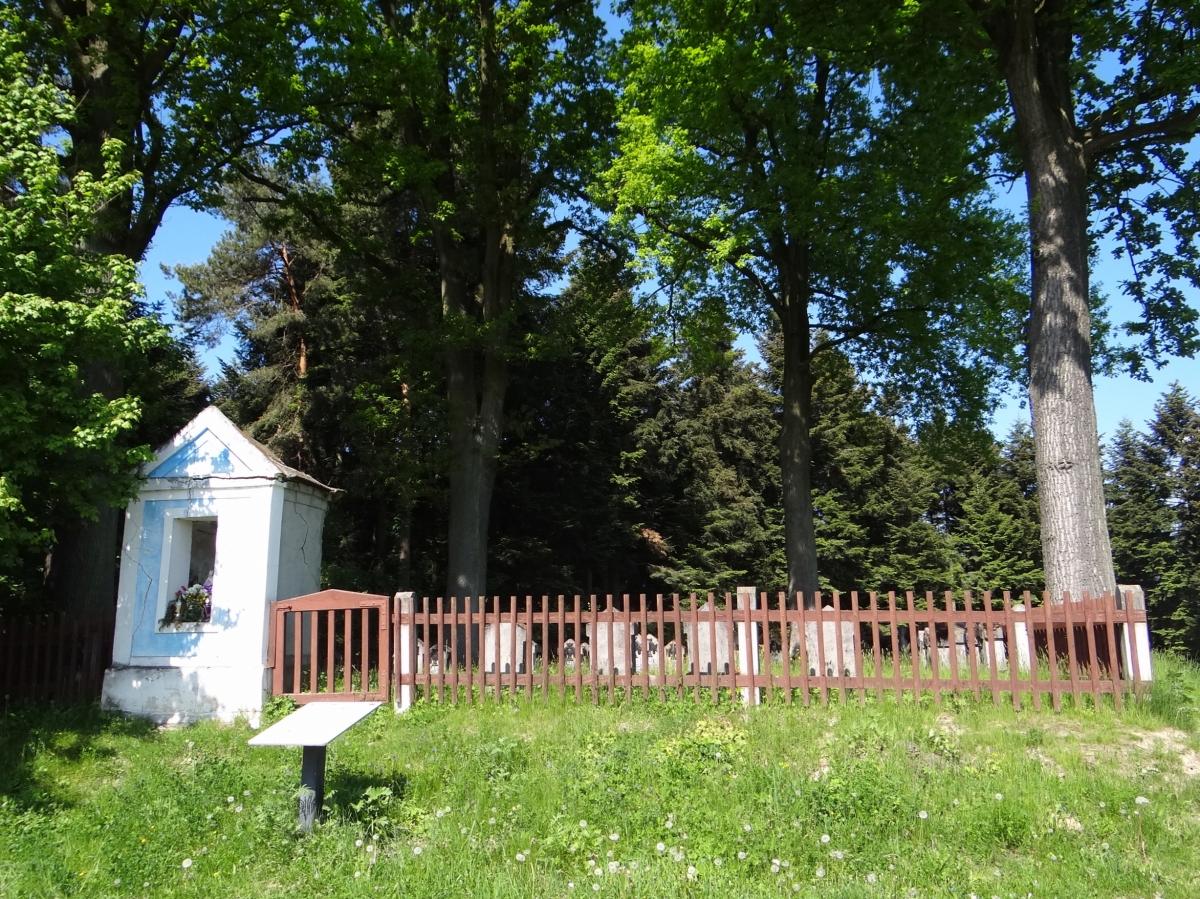 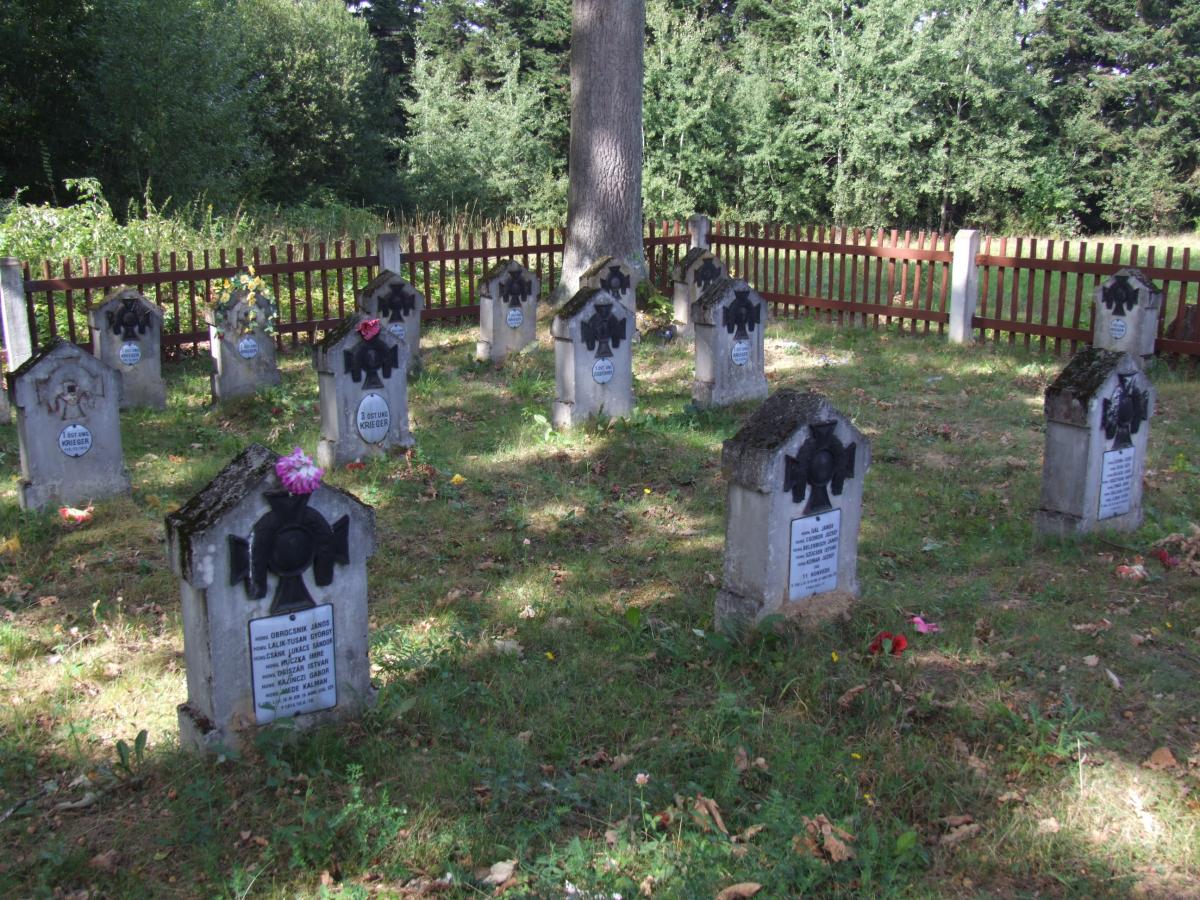 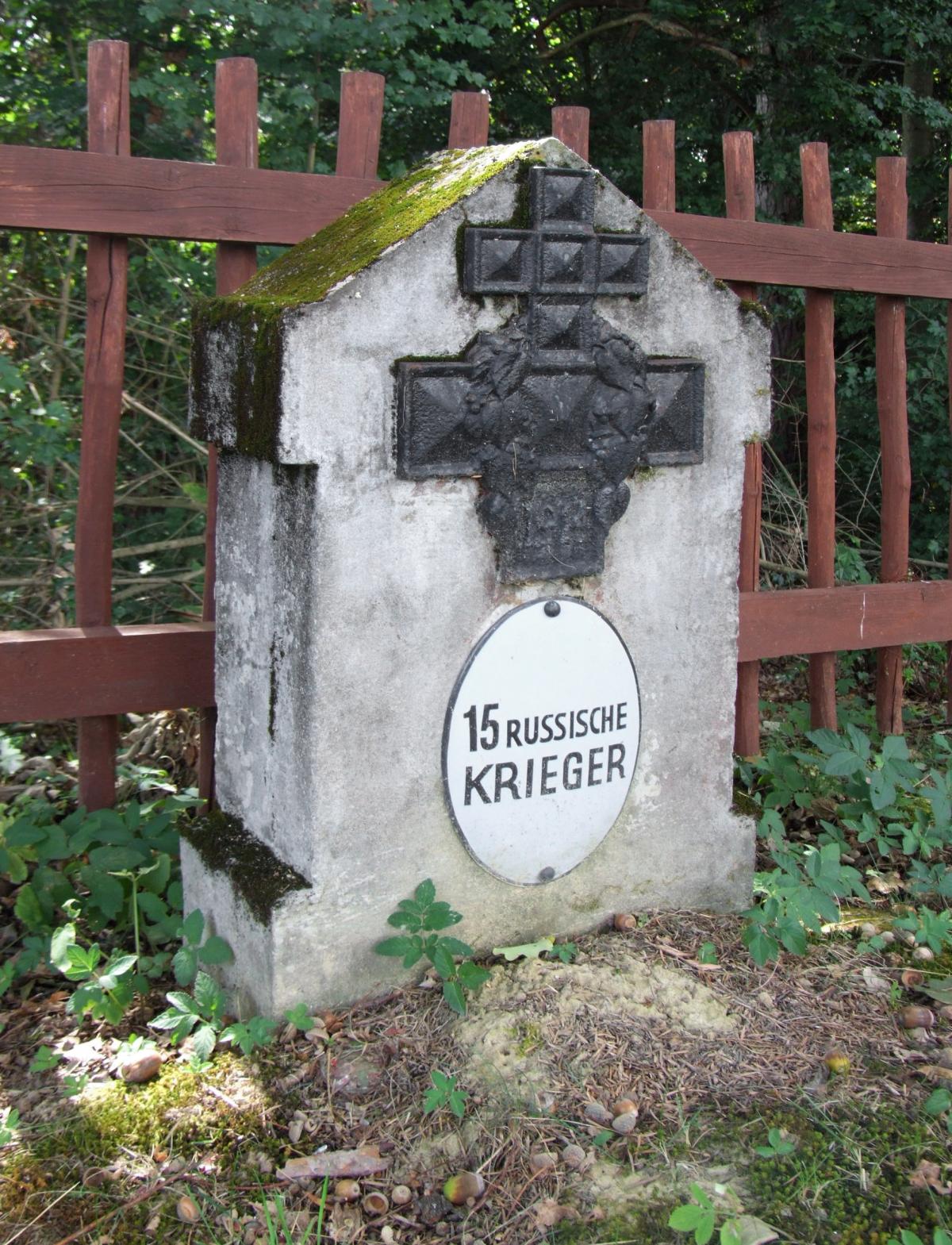