Light the virtual candle
gallery
Edit the description of the cemetery
add photos
number of votes 0
A beautiful cemetery
Return to the main page
War Cemetery No. 186 in Lichwin - a historic cemetery from the First World War located in the village of Lichwin in the Lesser Poland Voivodeship, in the Tarnowski poviat, in the PleĹ›na commune. It is one of 400 Western-Galician war cemeteries built by the Cemetery Graves Division of the C. and K. Military Commanders in Krakow. In the 6 th TarnĂłw district, these cemeteries are 63 . [source: Wikipedia, 2778435]
Location
The cemetery is located in the forest on the south-eastern ridge of the WaĹ‚, on the right side of the road from Gromnik through WaĹ‚ do Lichwina. However, this road is invisible. An unmarked forest road leads to it, which starts at this road, on the pass above the agritourism farm Chata pod WaĹ‚em. Walking time approx. 5 min. It is even closer to the green tourist trail from Gromnik to WaĹ‚, but from this route the cemetery is invisible and no path leads to it. Currently (2015), the cemetery is difficult to find, but the municipality of PleĹ›na has in its plan to mark the routes to all tourist attractions in its area, and the construction of tourist infrastructure. [source: Wikipedia, 2778435]
Description of the cemetery
It was designed on the rectangular plan by Heinrich Scholz. The cemetery is located on a moderately sloping slope. The fence was a fence made of wooden railings hung on stone posts made of stone. The main decorative element is a large wooden cross located on the upper part of the cemetery, set on a stone-built pedestal with a truncated pyramid shape. The cross is topped with a serrated, made of sheet metal gloria embedded on the arms of the cross. The graves of soldiers were placed in rows perpendicular to the longer axis of the cemetery. There are wooden crosses on top of them, topped with cross-gloss ones of serrated metal, similar to those on the cross. At the intersection of the arms of the crosses, enamelled plates with the names of soldiers were placed. For the only Russian soldier a different, Lorraine cross and without sheet were made . The cemetery was designed in such a way that it consists of two quarters divided by a road. At both ends of the cemetery, there are entrance gates on the sides of the cemetery . In eight mass graves and 47 individual graves, 104 Austro-Hungarian soldiers and one Russian soldier were buried here. The names of 81 buried are known
The fate of the cemetery
Austrians made the cemeteries solidly, but over time they were naturally destroyed by weather and vegetation factors. For a long time after the war cemeteries from World War I were not looked after. Only recently began to care for him. The authorities of the PleĹ›na commune have completed a major overhaul, after which it looks slightly different than originally. The earth graves were leveled, which facilitates the maintenance of the area. The number of crosses has been increased, which enhances the impression. All crosses were made again and their shape deviates from the original. Again, a wooden fence plot was made. Generally, after renovation, the cemetery looks good, except for the wooden fence, which in some sections has been overthrown
gallery
⮜⮿⮞
Wikipedia, Self-published work, World War I Cemetery nr 186 in Lichwin-Zagórze 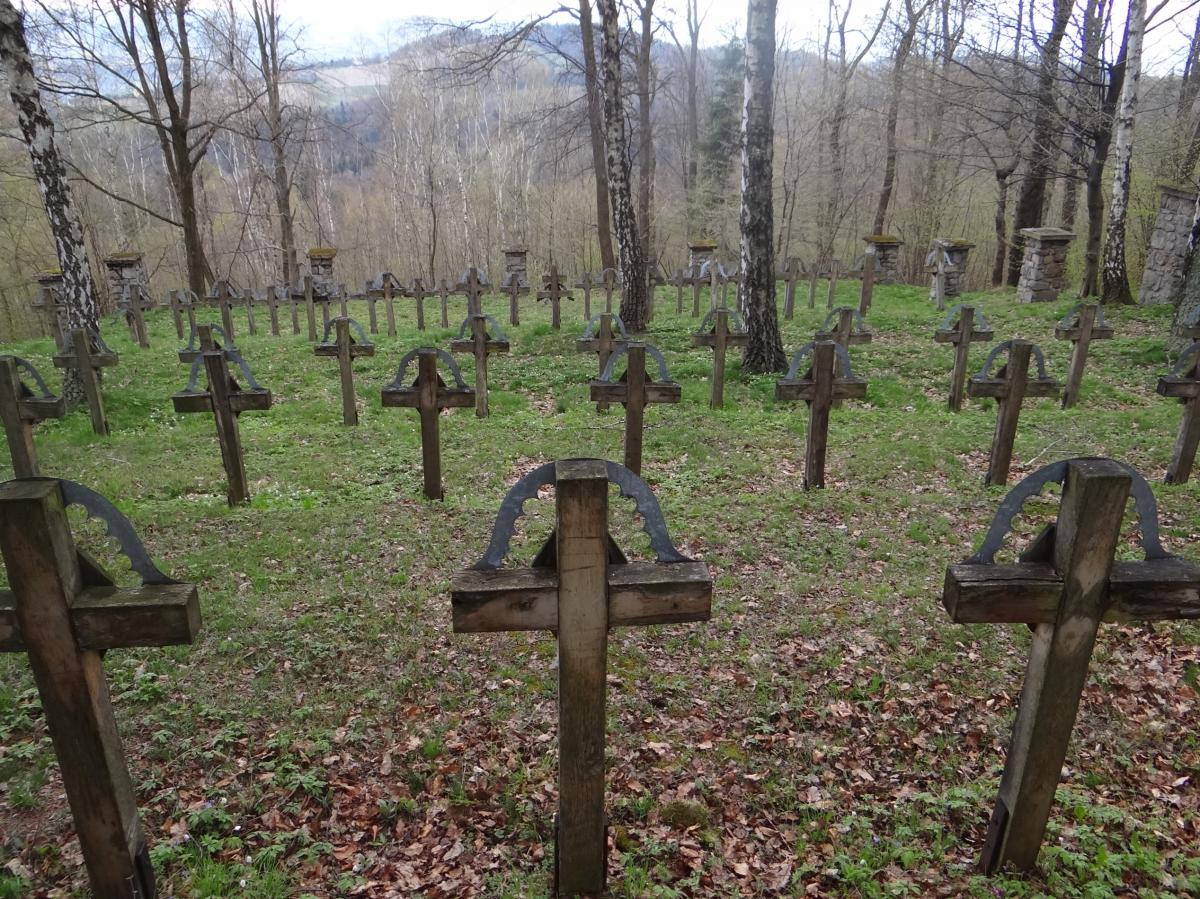 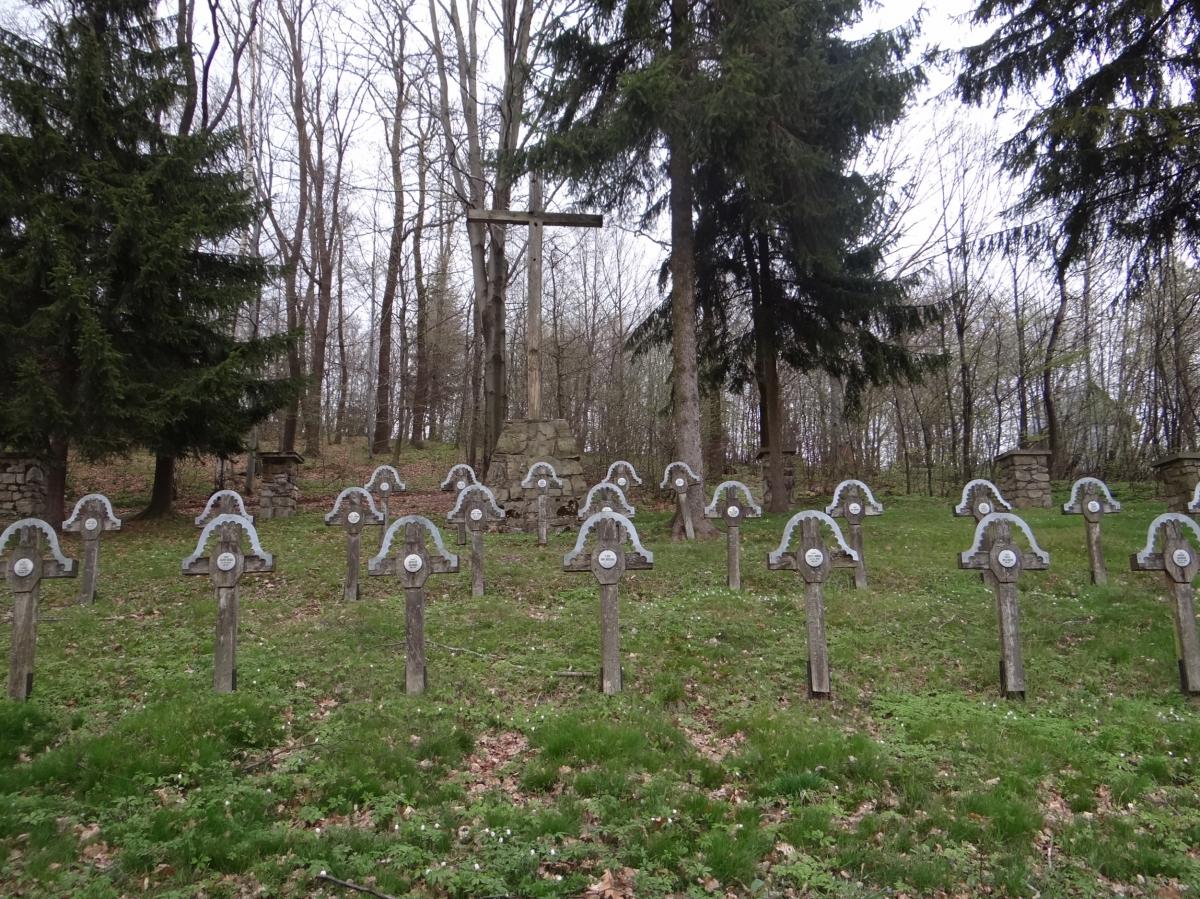 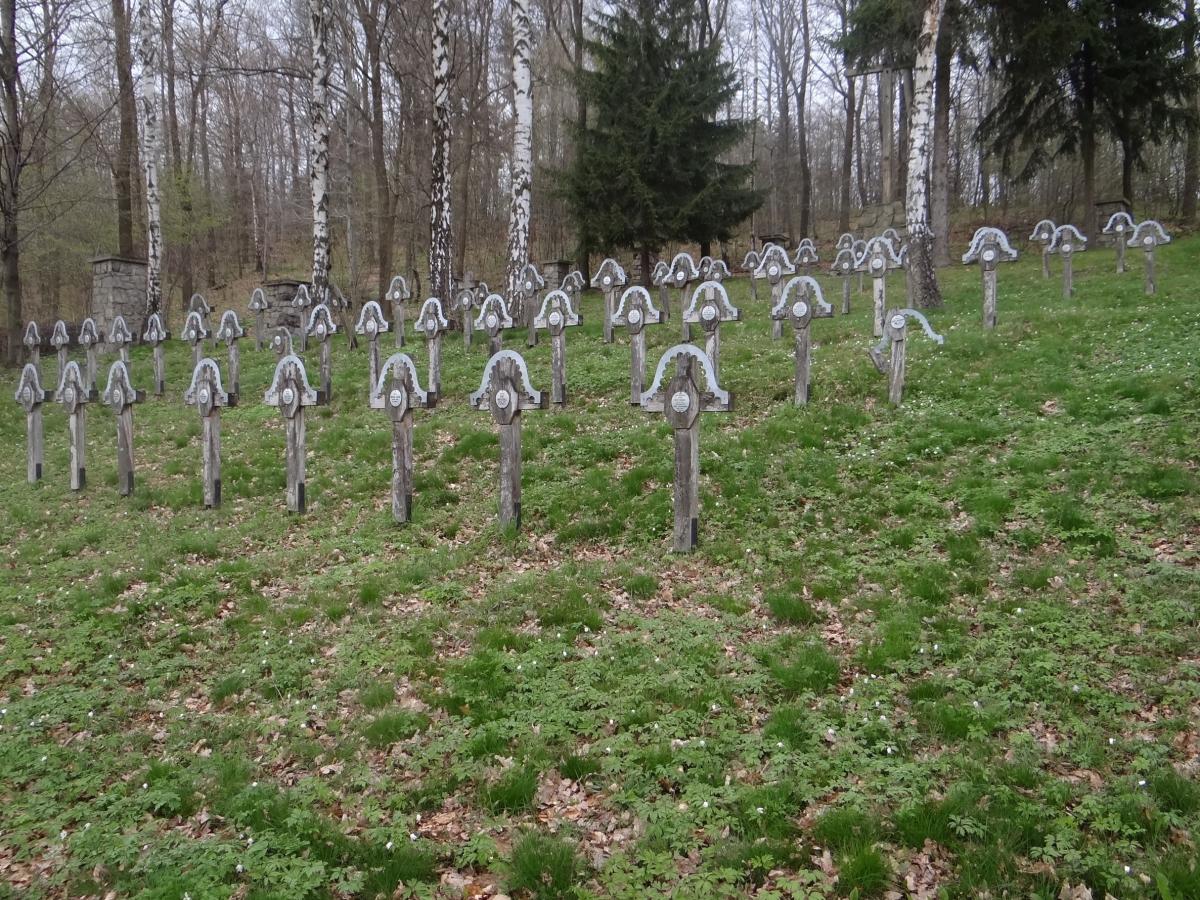 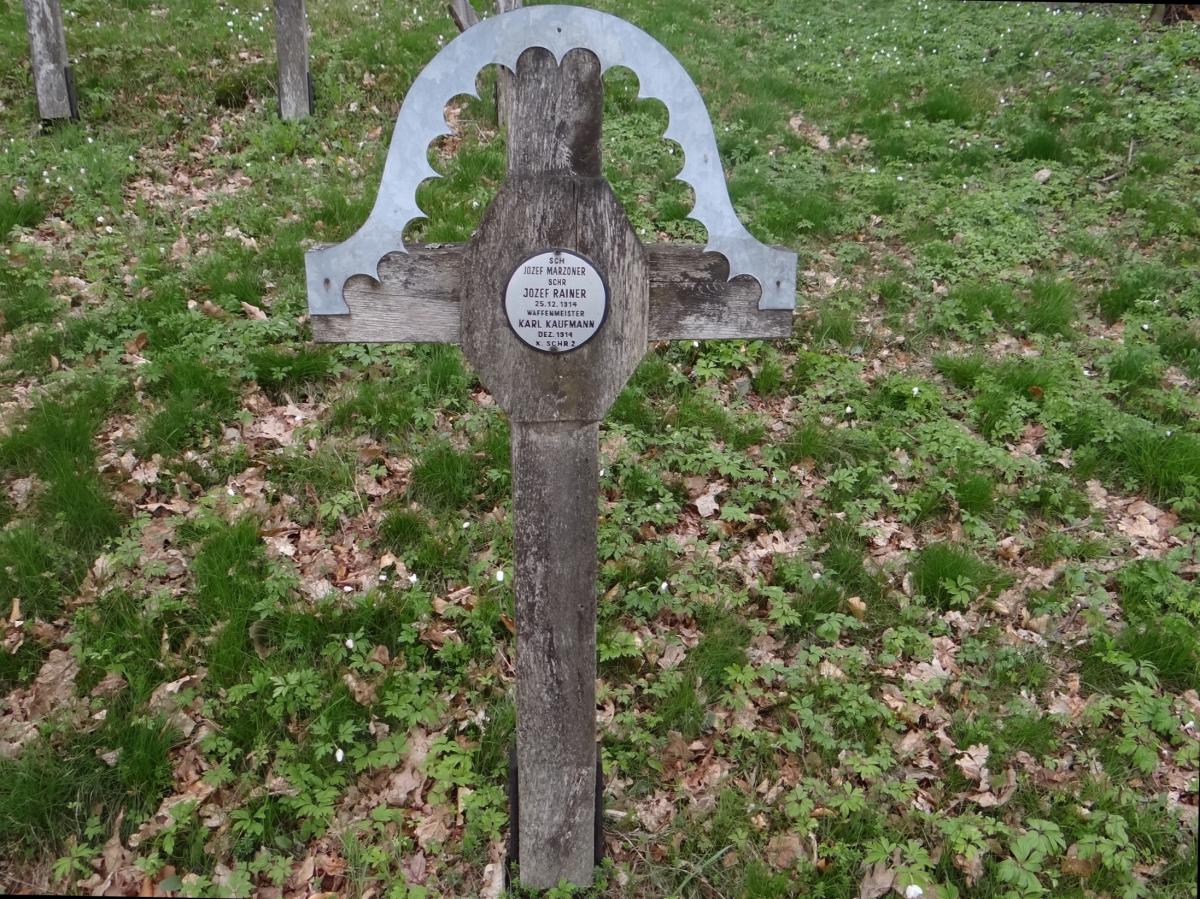 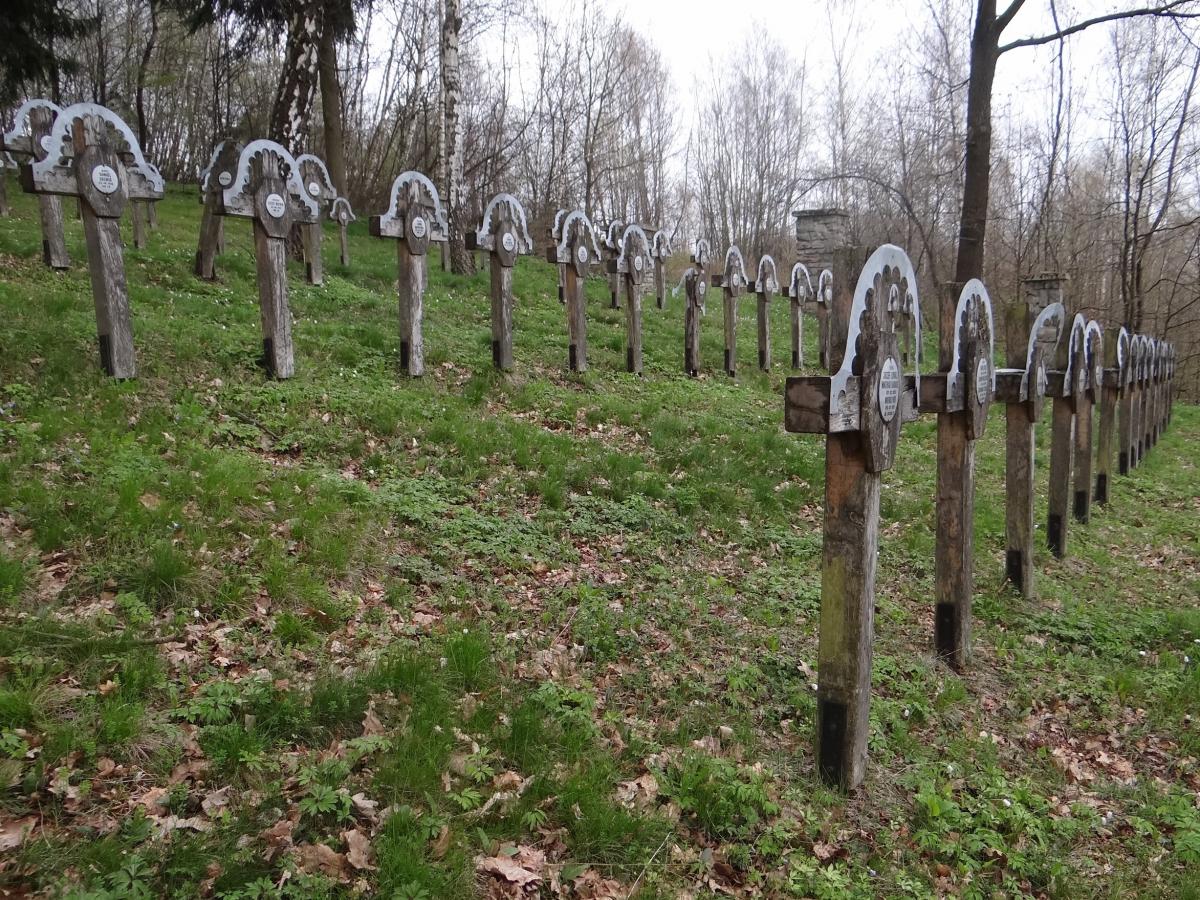 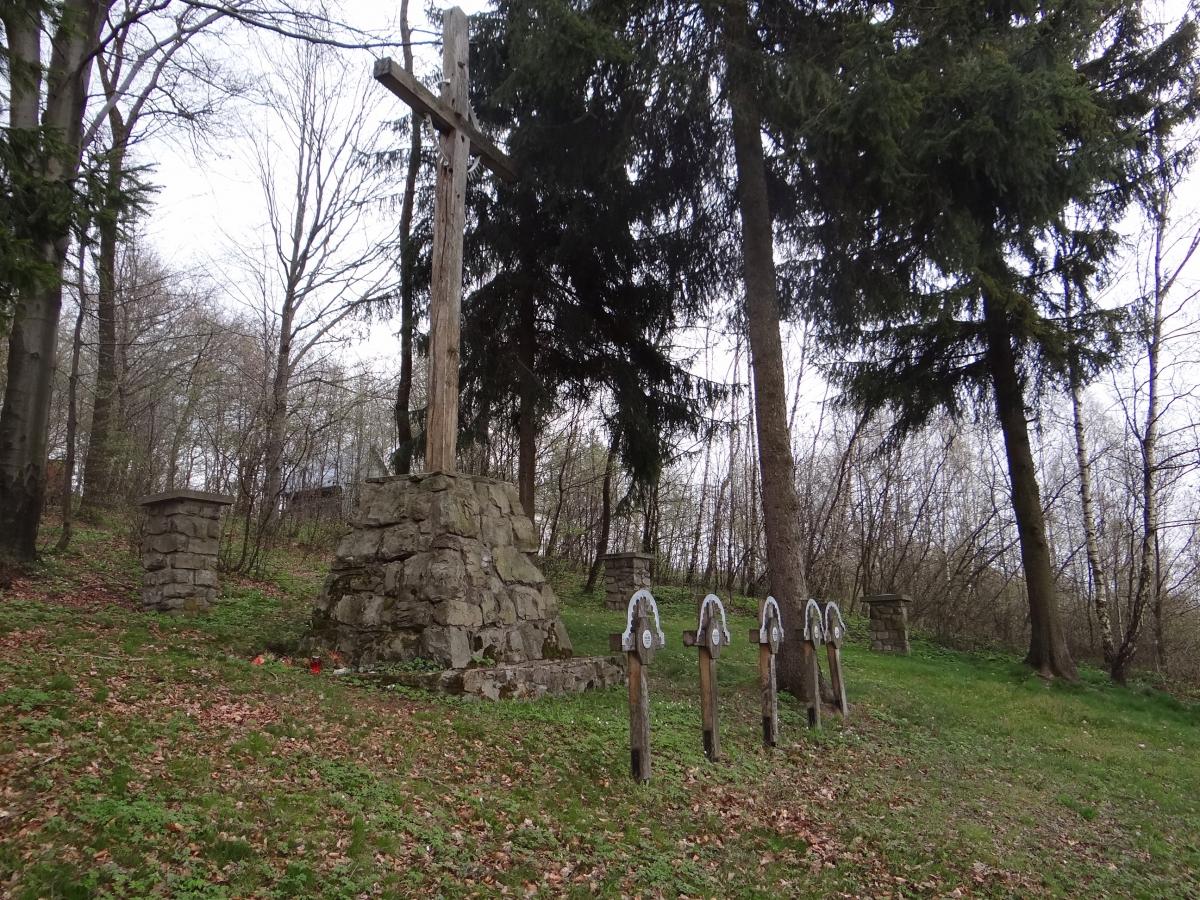 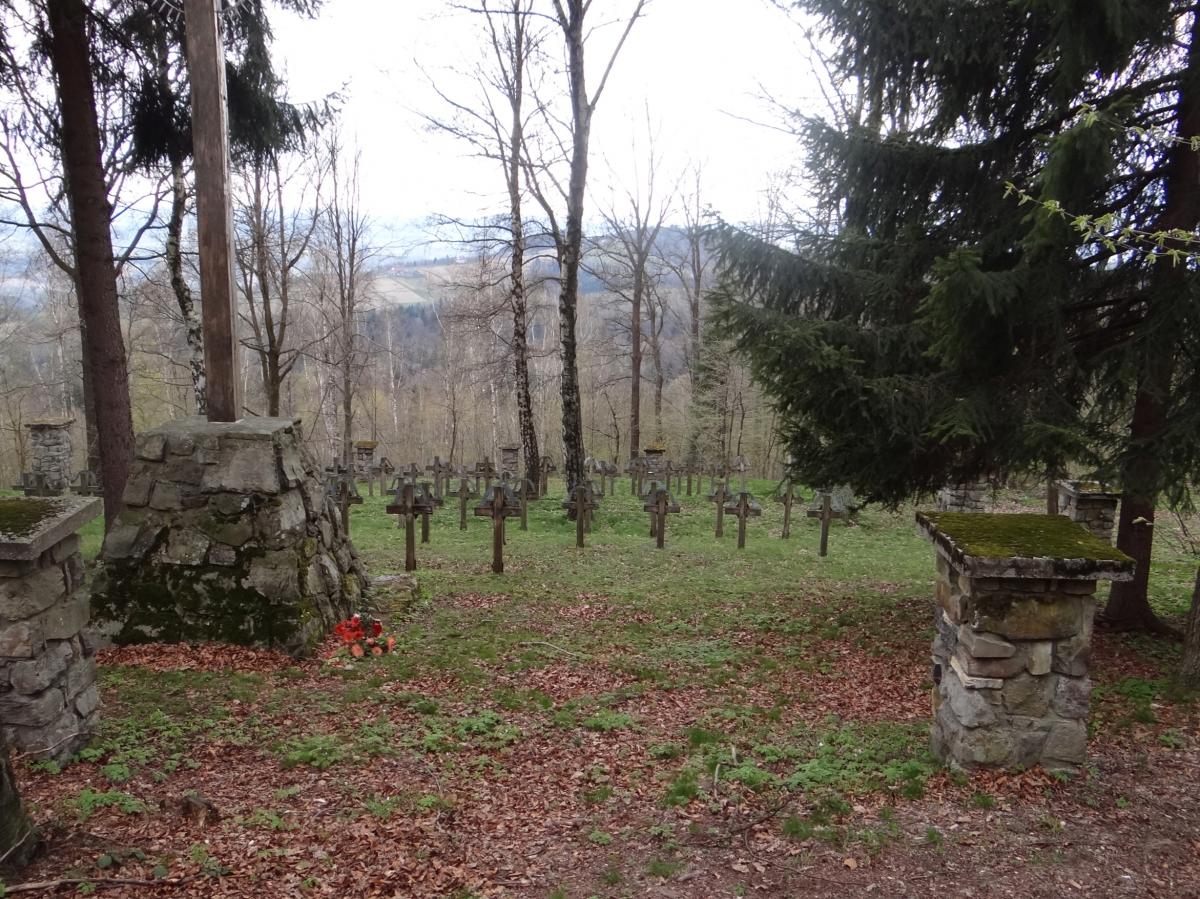