Light the virtual candle
gallery
Edit the description of the cemetery
add photos
number of votes 0
A beautiful cemetery
Return to the main page
War Cemetery No. 190 in Janowice - Austrian, historic cemetery from World War I in Lubinka, Lesser Poland Voivodeship, Tarnow Poviat, in the PleĹ›na commune. One of over 400 Western-Galician war cemeteries built by the Cemetery Graves Division of the C. and K. Military Commanders in Krakow. In the 6 th TarnĂłw district, these cemeteries are 63. [source: Wikipedia, 2408238]
Description of the cemetery
Designed by Heinrich Scholz as a separate headquarters at the parish cemetery. It is located on a bumper and has the shape of an elongated rectangle. The fence is made of a stone wall covered with a concrete roof. Entrance through a low, metal, two-winged wicket. In the opposite side of the cemetery, in the outwardly rectangular trapezoidal square, the main monument of the cemetery. It has the form of a rectangular concrete monument wall with a large relief of crucified Christ. In the lower part of the wall, an inscription in German, in the translation into Polish meaning: The Gate of Death leads the faithful to immortality. Happy are saying goodbye thanks to which the victims live. Below this monument, in the middle of the cemetery, there is a separate grave with a concrete rim and a large trapezoidal stele topped with a Latin cross. Placed on it, an invasion table informs that it is a grave of 11 soldiers of unknown names who died in September 1939 in the fight against the Nazi invaders. Tombs of soldiers who died in the First World War in three long, parallel rows. Tombstones in the form of concrete pedestals with nameplates and iron crosses of three types: * one-armed Maltese crosses with a laurel wreath and date 1914, * two-armed Lorraine crosses with a laurel wreath and date 1914, * higher, one-armed Latin crosses with a round, toothy glory and a nameplate
the fallen
In 20 mass graves and 76 individual graves, 114 soldiers of the Austro-Hungarian army and 16 soldiers of the Russian army were buried here. [source: Wikipedia, 2408238]
The fate of the cemetery
After World War II, the importance of the cemetery in the awareness of the society and the then authorities decreased, because new, more recent cemeteries and dramatic stories of the new war came. The cemetery was naturally destroyed by weather and vegetation factors. It was only from the 1990s that more care was started for World War I cemeteries. In the years 2000-2001 the cemetery was renovated from the funds of the National Council for Remembrance and Martyrdom. In 2009 he was included in the list of immovable monuments. In 2018, the cemetery is in very good condition. [source: Wikipedia, 2408238]
gallery
⮜⮿⮞
Wikipedia, Self-published work, World War I Cemetery nr 190 in Janowice 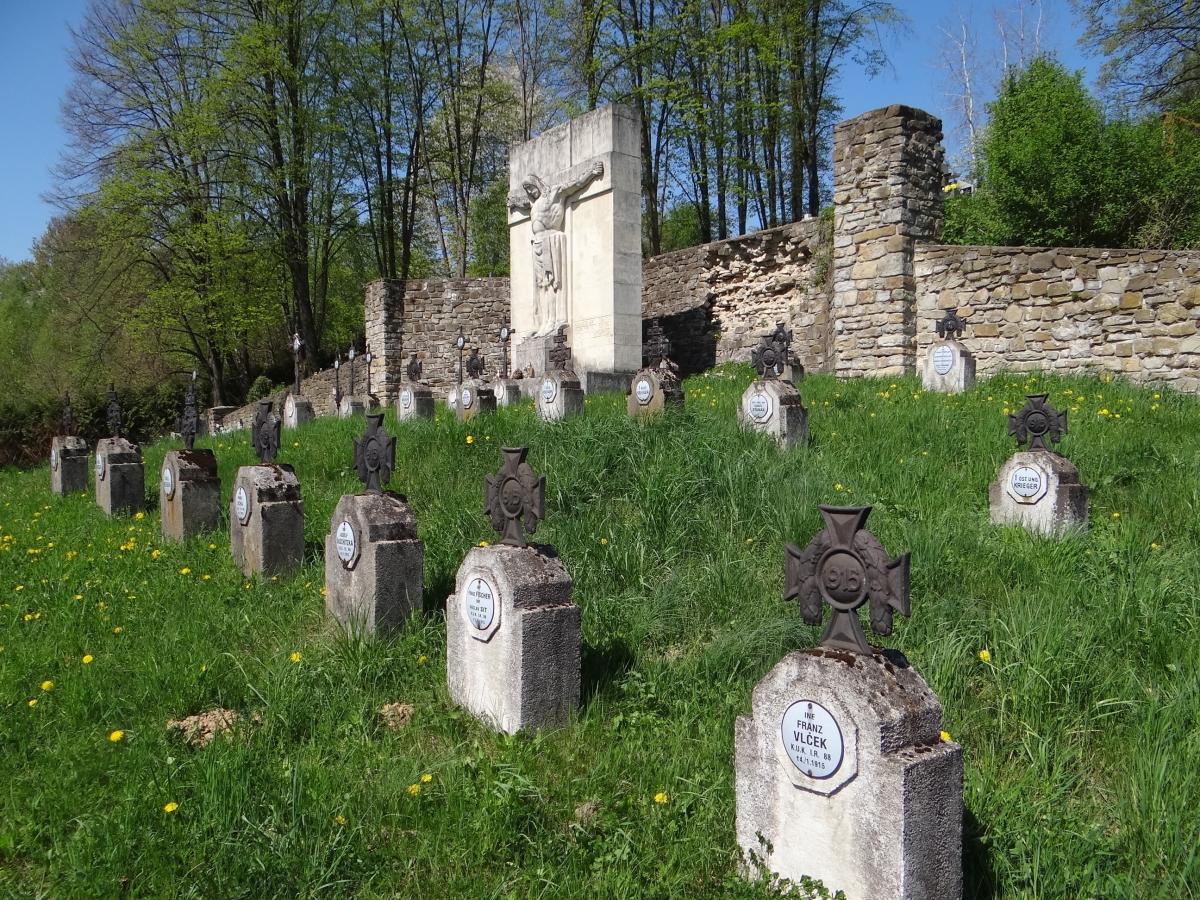 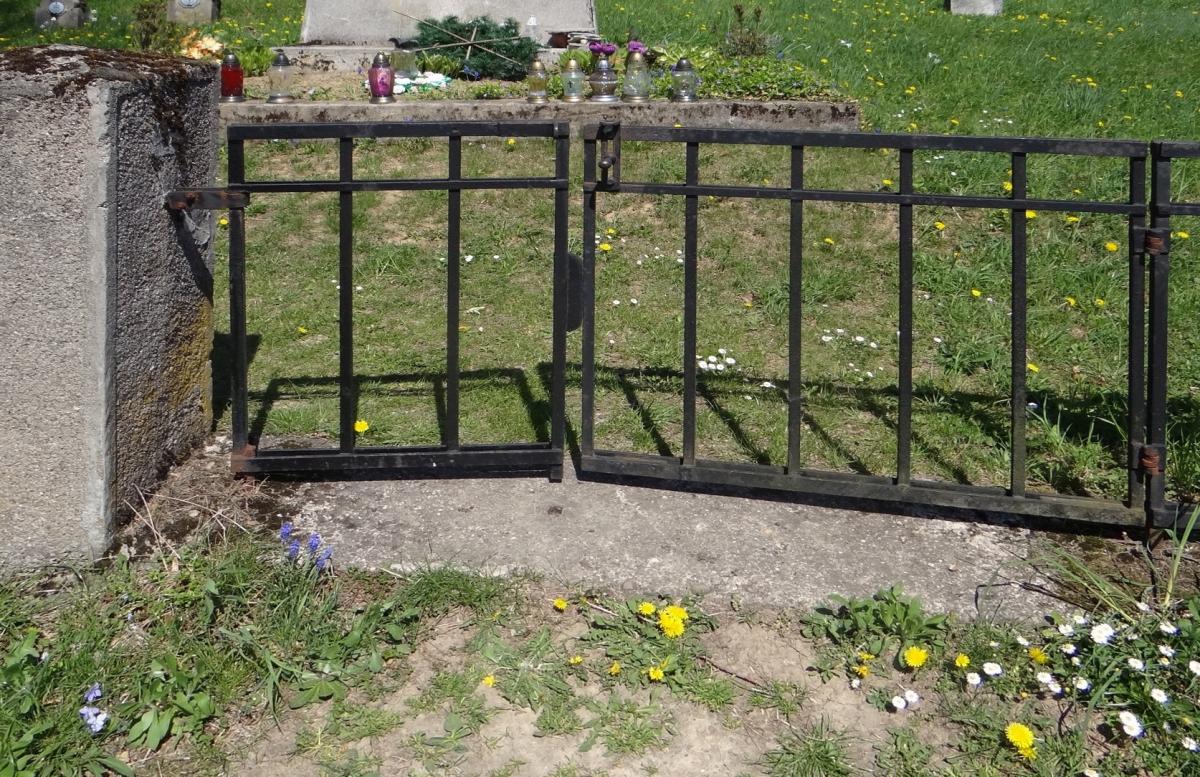 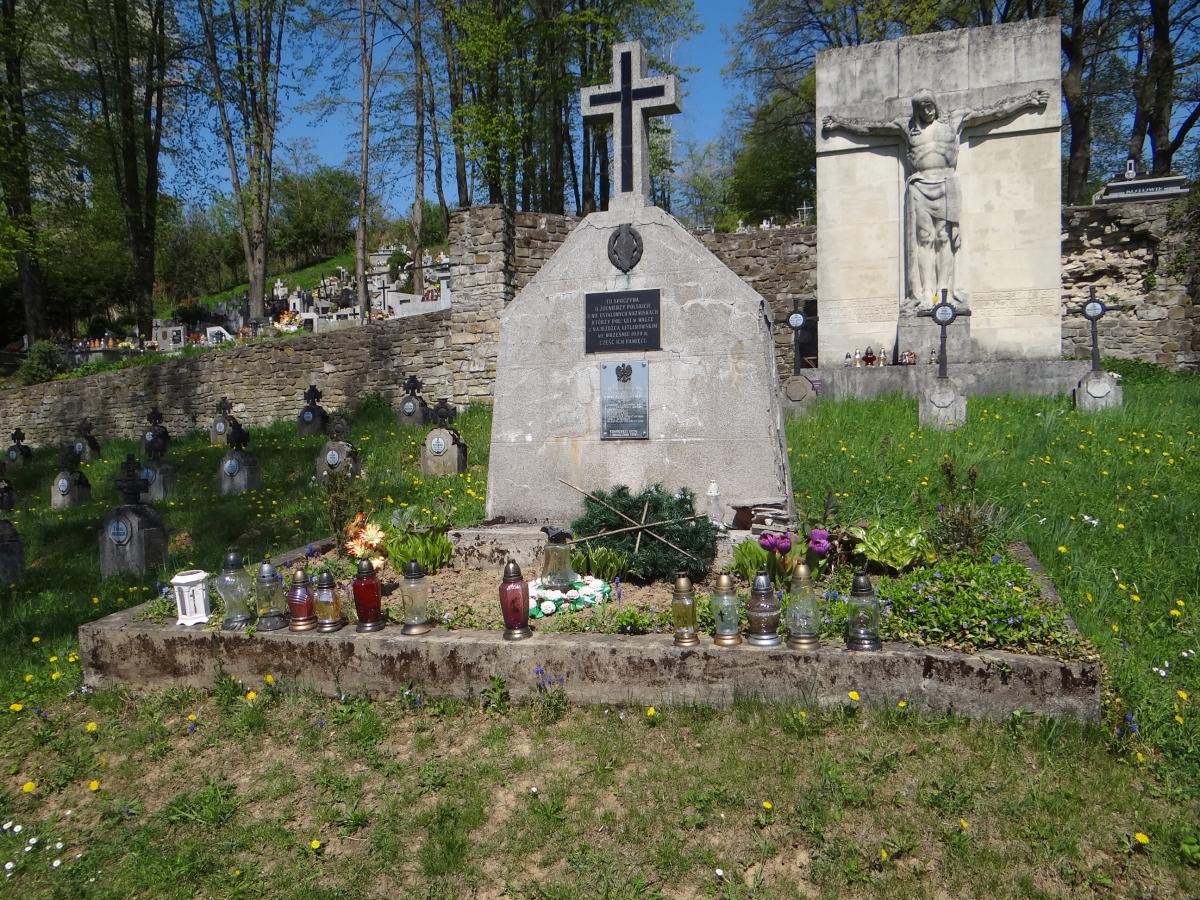 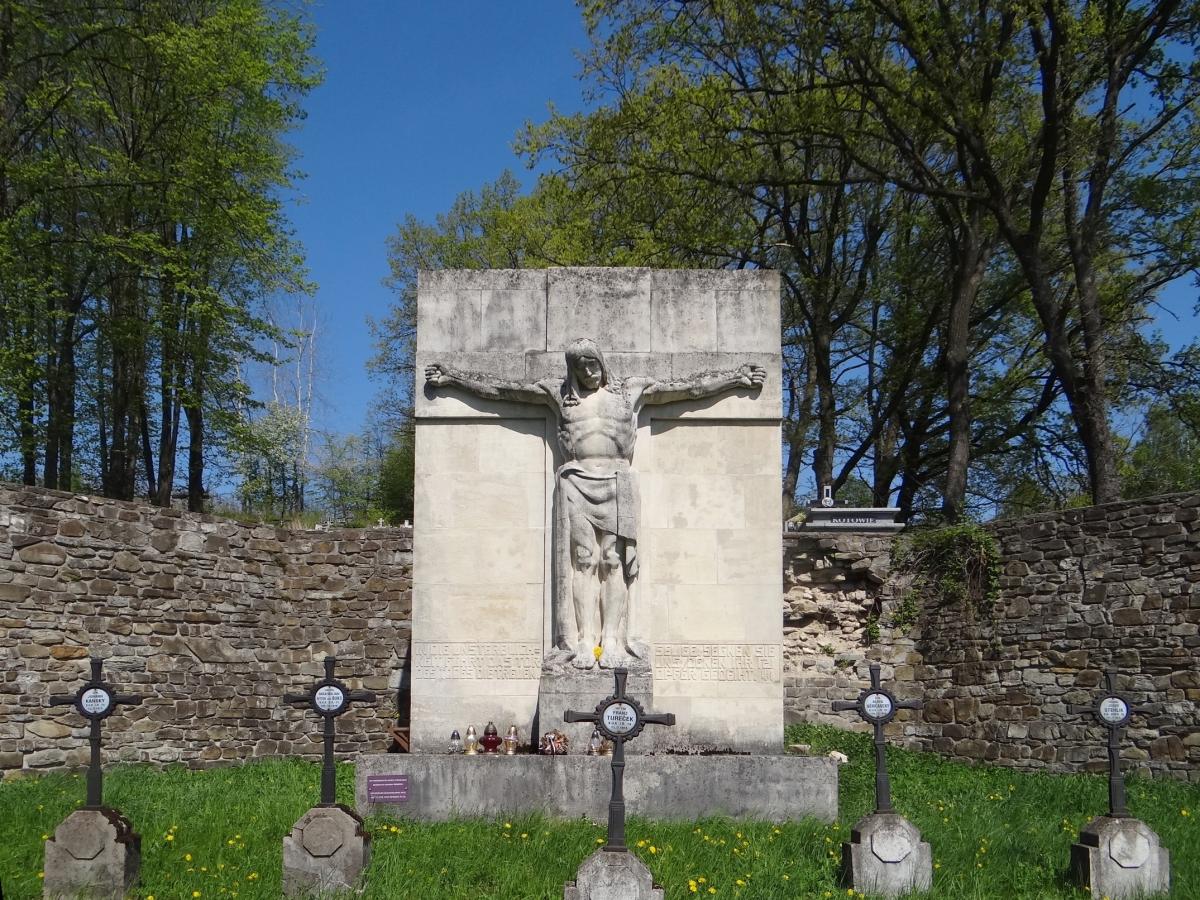 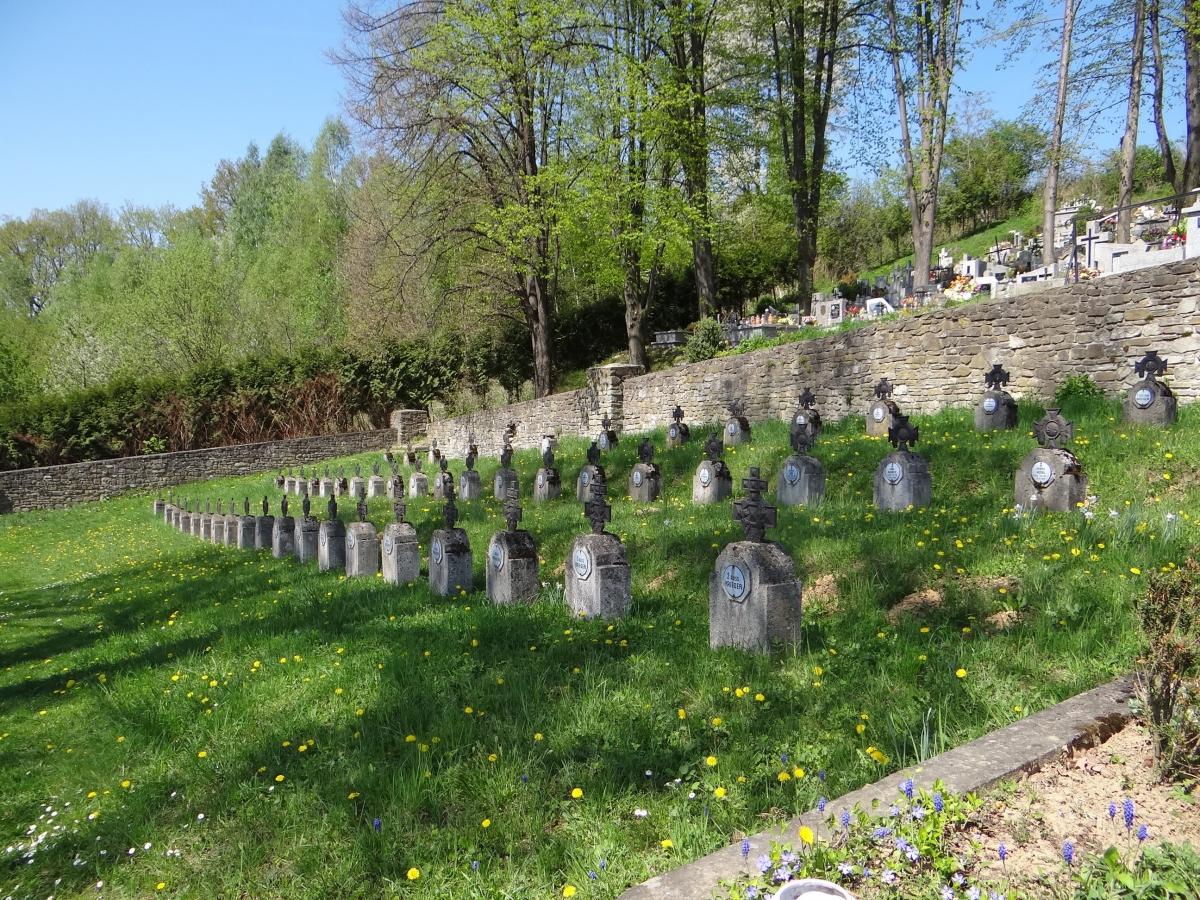 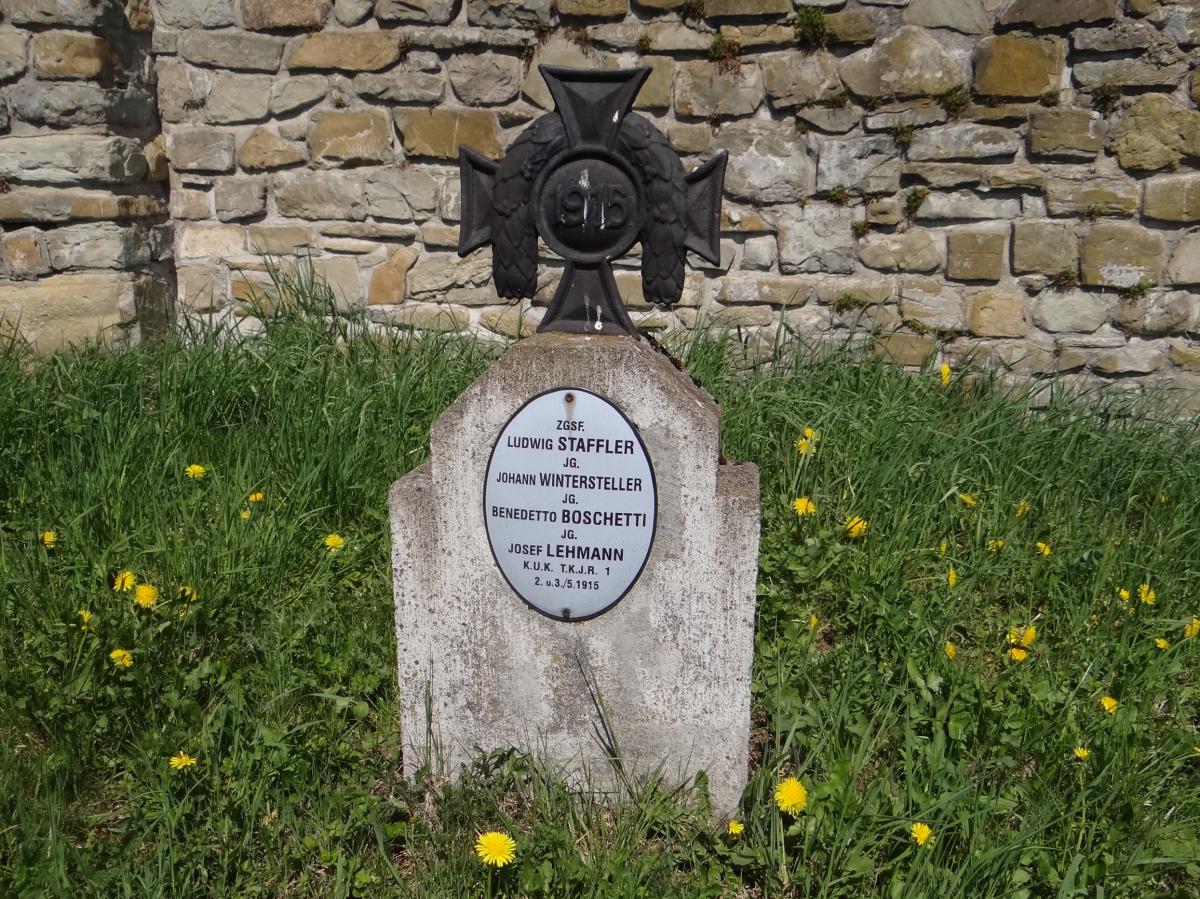 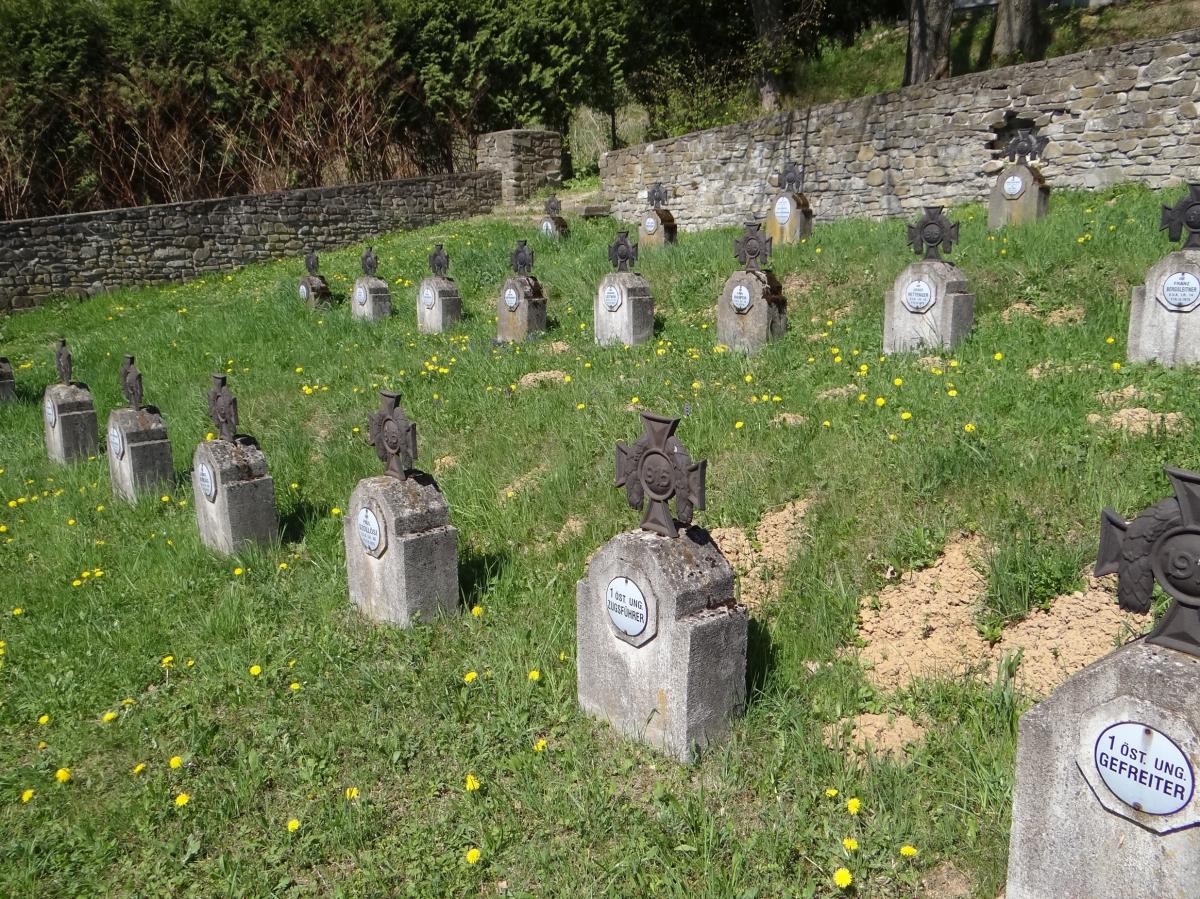 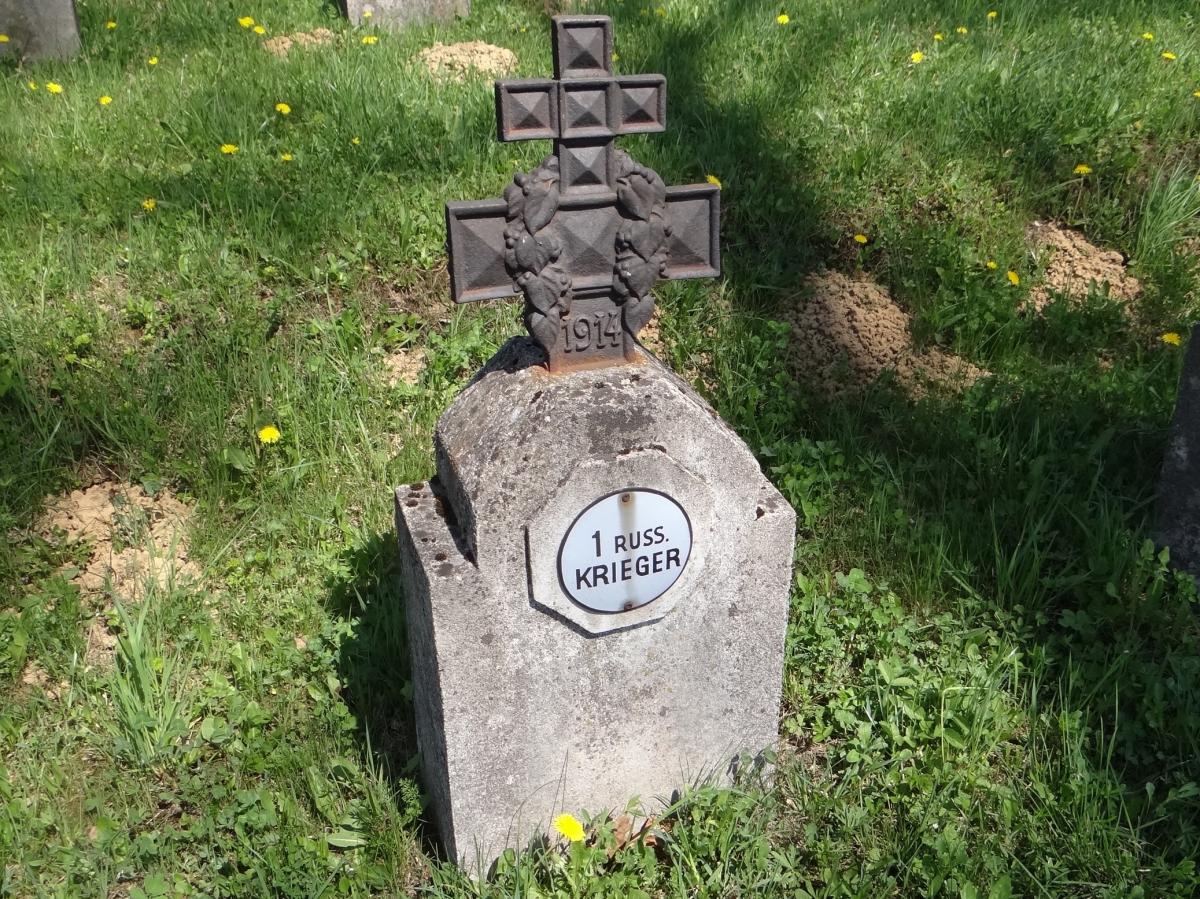 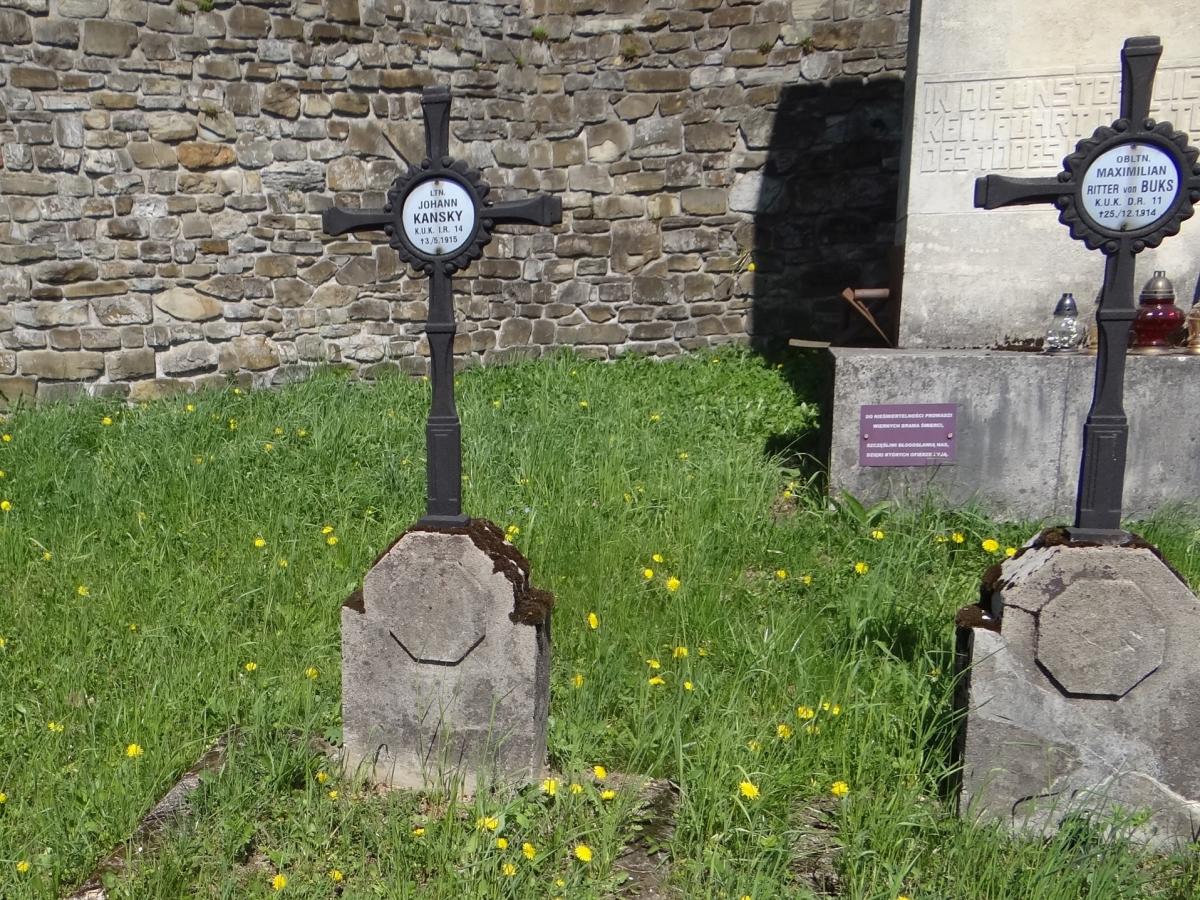