Light the virtual candle
gallery
Edit the description of the cemetery
add photos
number of votes 0
A beautiful cemetery
Return to the main page
War Cemetery No. 255 - Wietrzychowice - an Austrian war cemetery from the First World War, located in the village of Wietrzychowice in the Lesser Poland voivodship, in the TarnĂłw poviat, in the Wietrzychowice commune. It is one of 400 Western-Galician war cemeteries built by the Cemetery Graves Division of the C. and K. Military Commanders in Krakow. In the VIII Brest region, there are 52 cemeteries . [source: Wikipedia, 3673873]
Description of the cemetery
It is located in the parish cemetery, near the church. His designer was Johann Watzal. The cemetery is built on a rectangular plan. It is surrounded by a characteristic wall made of concrete, openwork elements. Entrance through a gate closed by a double-leaf gate made of metal pipes. From the gate, a wide alley leading to the central monument. It is a large concrete latin cross embedded in the rear fence of the cemetery with a concrete wall on which an inscription plate with an inscription has been mounted. : STR-ME BLUTES SIND GEFLOSSEN STARKER FUHLT UNS DAS GESCHICK TRĂ„NENSTR-ME SIND VERGOSSEN KUHNER LEUCHTET UNSER BLOCK JUNG AUS EUREM HELDEN TOD STIEG DES RECHTES MORGENROT! In free translation it means: The rivers of blood have flowed. Fate was stronger than us. The sea of tears has turned. But look boldly into the future, because from our heroic death a dawn of freedom was created. On both sides of the alley, tombs of soldiers with tombstones in the form of various types of cast-iron crosses set on a concrete plinth were placed in rows. The crosses have tin nameplates
the fallen
122 soldiers of the Austro-Hungarian army were buried here
The fate of the cemetery
The Austrians started the construction of the cemetery in 1915, immediately after winning the battle of Gorlice. Old trees growing in the cemetery were planted during construction. With time, however, the cemetery underwent partial destruction under the influence of natural factors
gallery
⮜⮿⮞
Wikipedia, Self-published work, World War I Cemetery nr 255 in Wietrzychowice 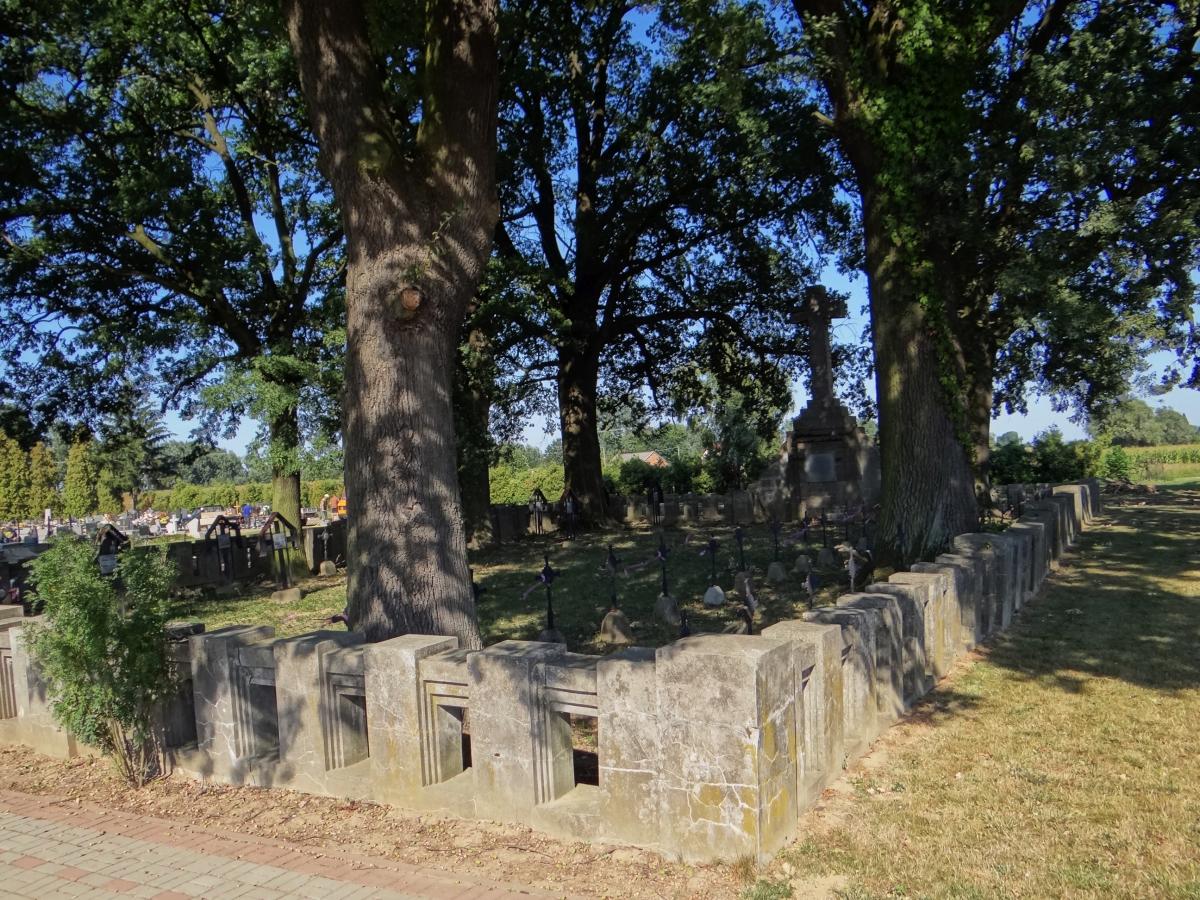 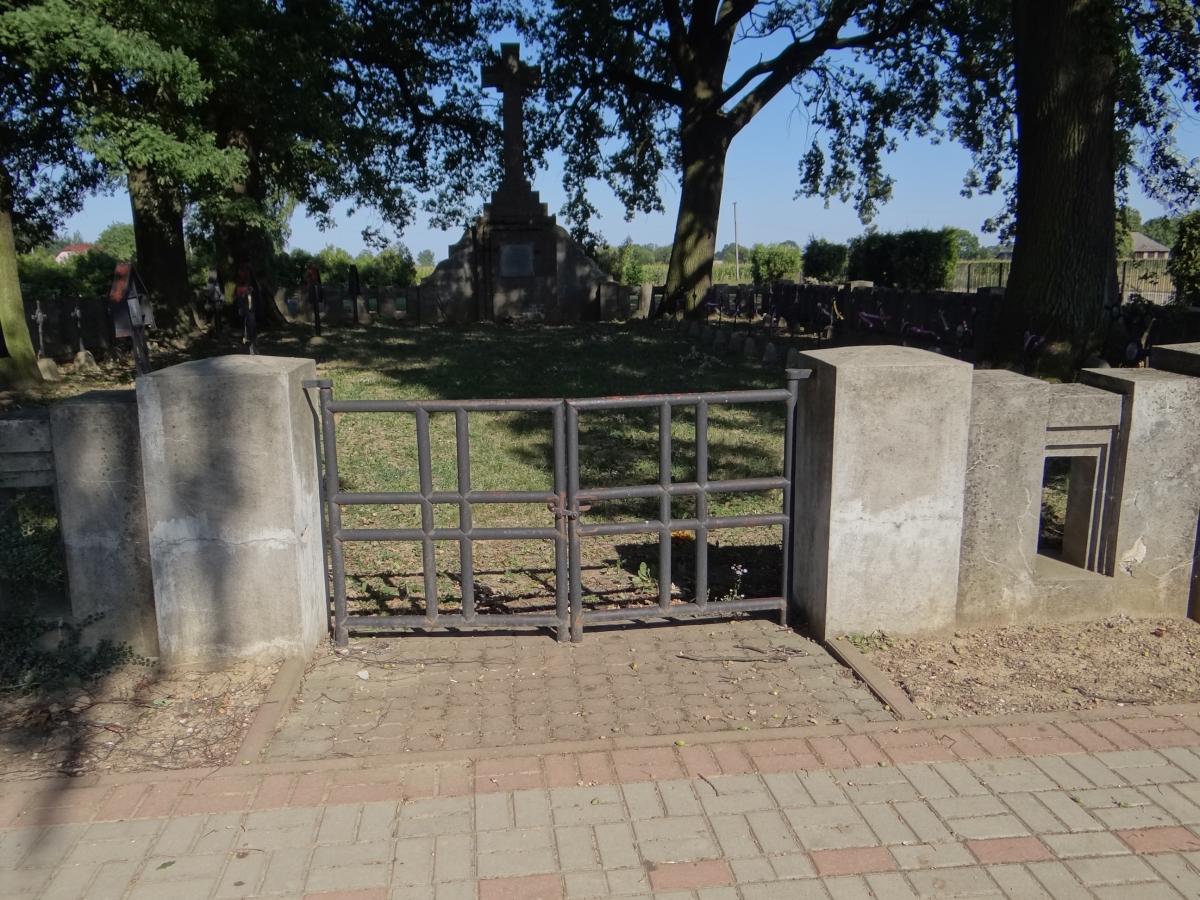 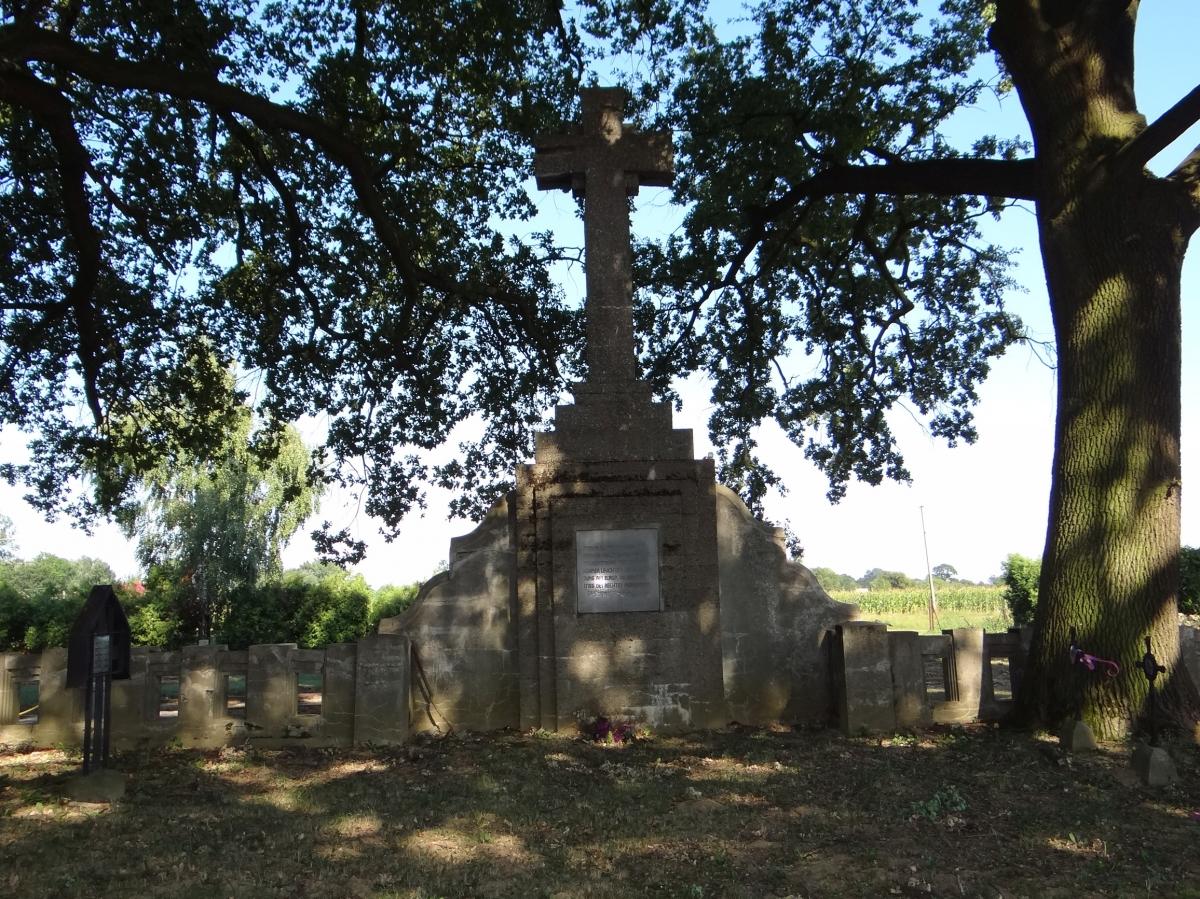 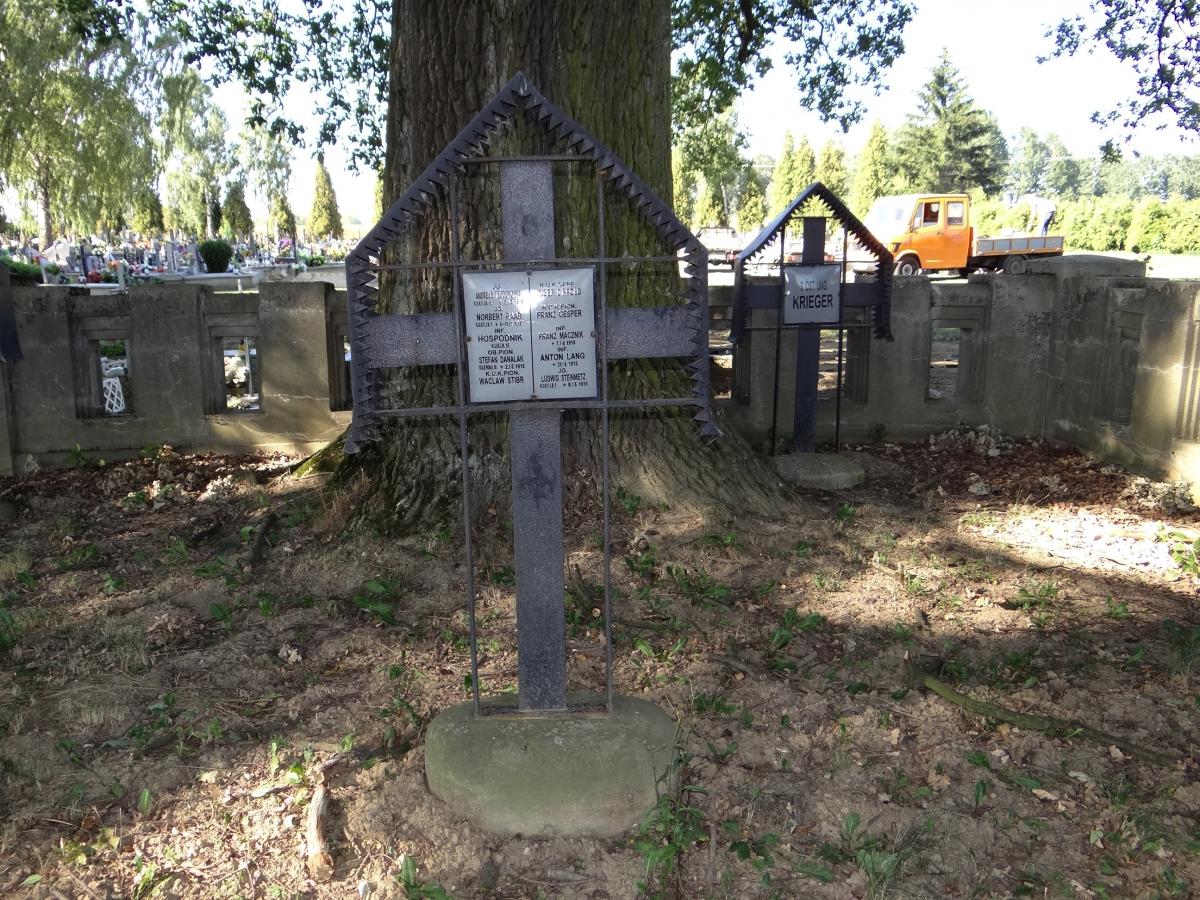 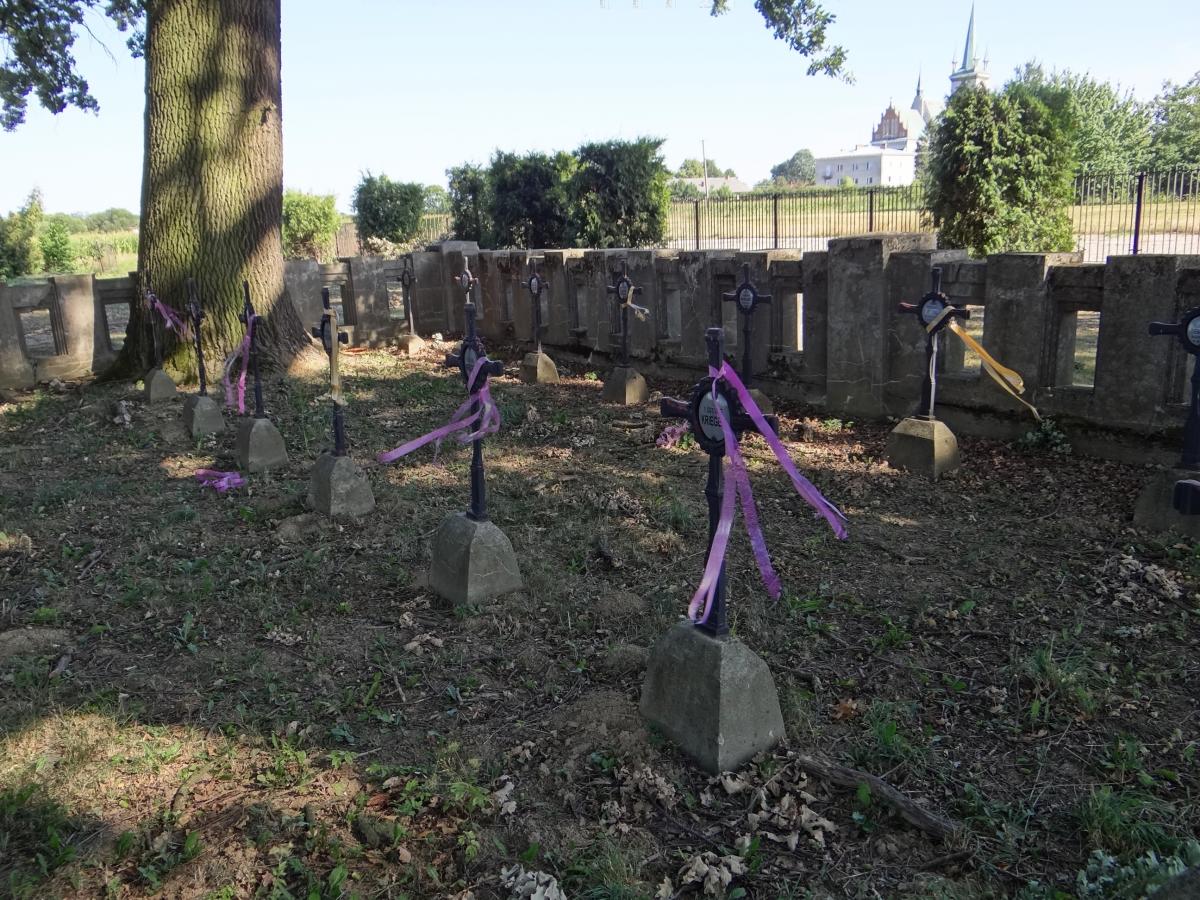 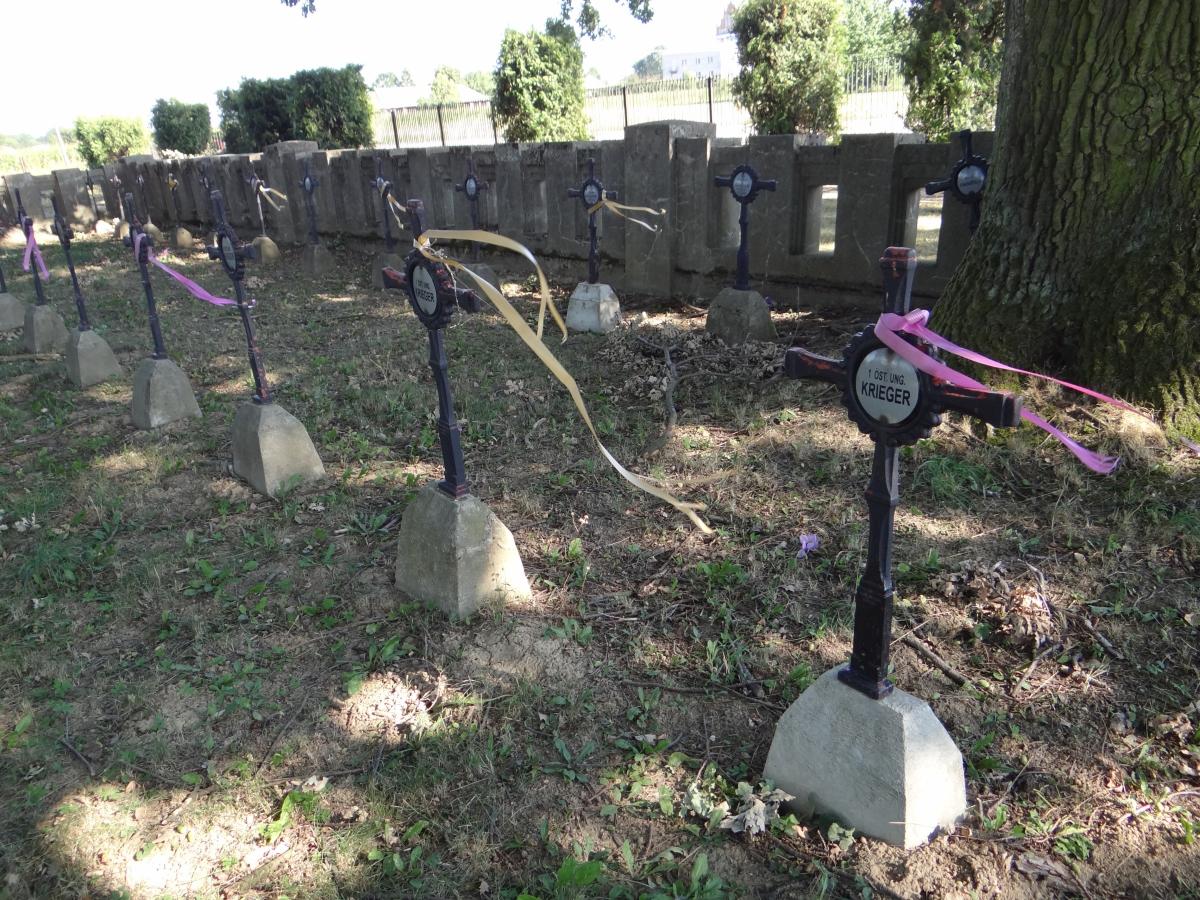 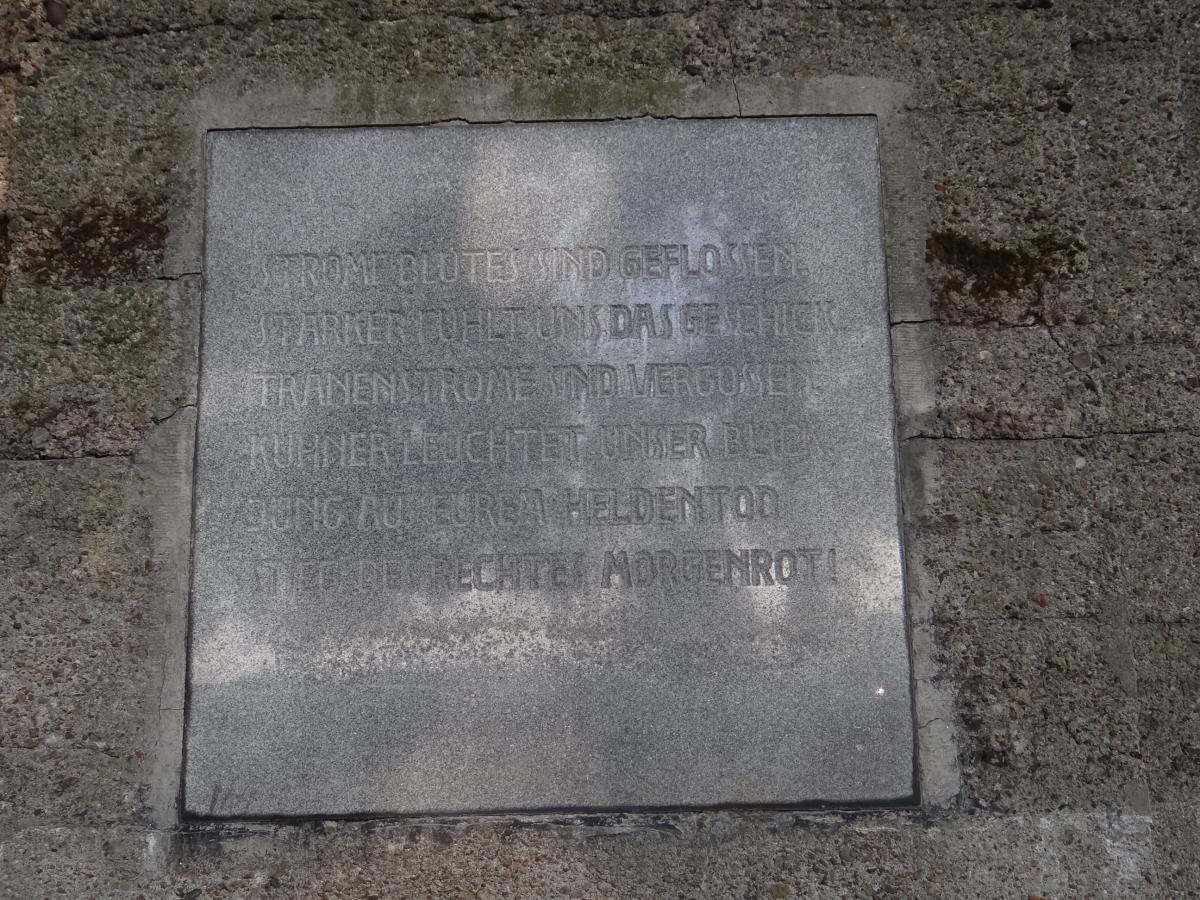 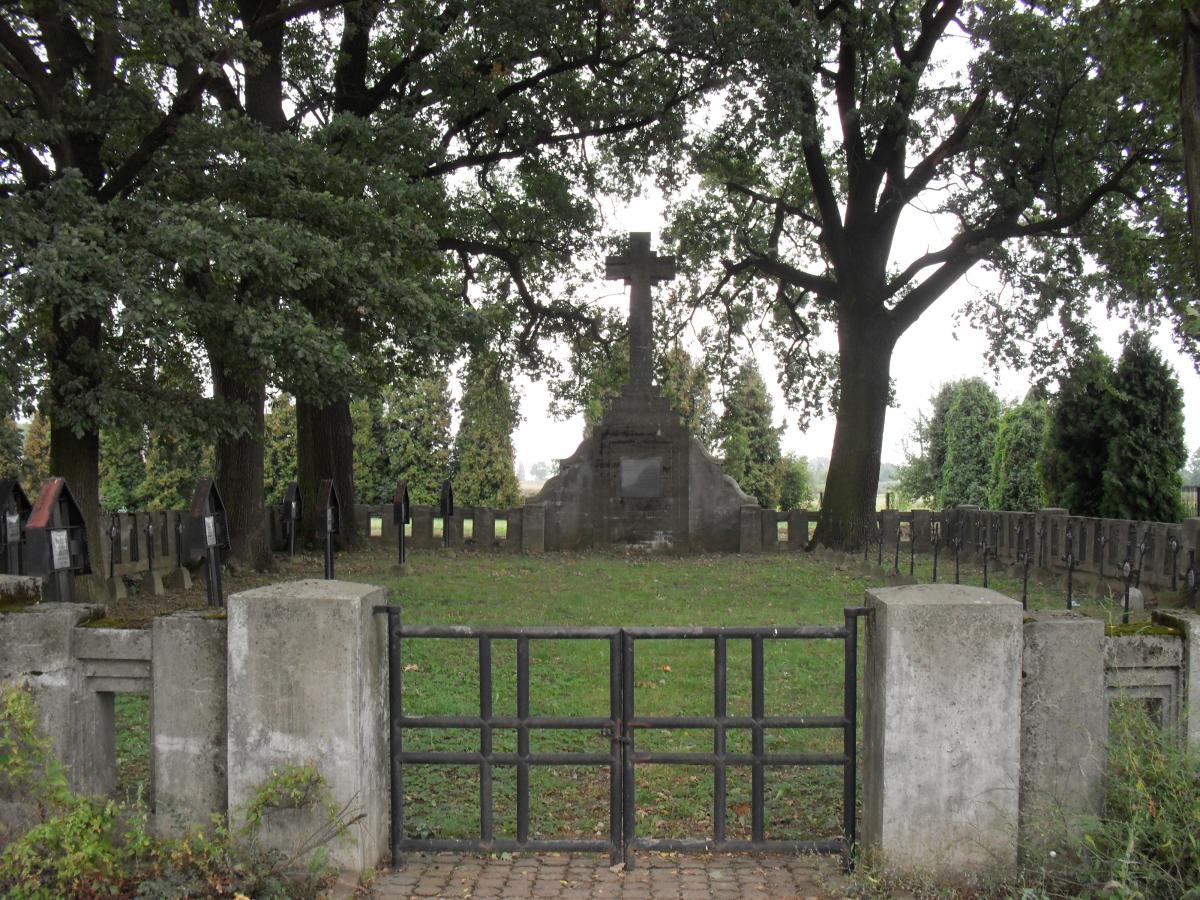