Light the virtual candle
gallery
Edit the description of the cemetery
add photos
number of votes 0
A beautiful cemetery
Return to the main page
War Cemetery No. 279 - DziekanĂłw-Sterkowiec - cemetery from World War I located in the south-eastern part of the village of SzczepanĂłw in the Lesser Poland voivodship, in the Brzesko poviat, in the Brzesko commune, about 600 meters west of the Dziekanowa buildings, hamlet of the village of Sterkowiec. It is one of 400 Western-Galician war cemeteries built by the Cemetery Graves Division of the C. and K. Military Commanders in Krakow. In the VIII Brest region, there are 52 cemeteries . [source: Wikipedia, 3151854]
History
Buried here were the soldiers of the Austrian and Russian armies, who died in fighting in the surrounding areas on November 19-22, 1914. After the Russians defeated the defensive line on the Dunajec, the Austrians formed another over Uszwica, it ran, among others, through the town of Sterkowiec. The Lviv Corps tried to stop the invading Russian troops, but was repressed. Here it came to a series of skirmishes, and the village of Sterkowiec was burnt. A few hundred soldiers died, some of them were buried in the cemetery in Sterkowiec, others in war cemeteries in neighboring towns . According to the information board mounted in the cemetery, 148 soldiers were buried, including: * 124 unidentified soldiers of the Austro-Hungarian army * 24 identified soldiers of the Russian army Shortly after the occupation of this area, some of the fallen soldiers in shallow graves were buried by the Russians, some of the local population. In 1915, after the victory of the combined Austrian and German forces in the battles near KrakĂłw and Limanowa, the Austrians proceeded to build war cemeteries, to which the bodies of soldiers exhumed from previous provisional graves were moved.
Position
The cemetery is located in the forest, in the village of Sterkowiec, between the road Sterkowiec - SzczepanĂłw and the railway line. The easiest way to get to it is down Brzozowa street, located on the right side of the road from SzczepanĂłw to Sterkowiec. The extension of Brzozowa Street is a dirt road entering the forest. The cemetery is located approx. 600 m from the intersection of roads . [source: Wikipedia, 3151854]
Description of the cemetery
The cemetery has an area of 500 m 2 and is built on a trapezoidal plan with sides 17.5 - 22.4 m long - 27.2 m. The fence is made of masonry concrete and stone pillars connected by two rows of steel pipes. The posts are of two types; smaller and larger. Entry through a two-wing iron wicket set on two low concrete-stone pylons. The main decorative element of the cemetery is a stone and concrete plinth, on which a large wooden cross has been placed. On the plinth there is a concrete slab with the inscription: UNS KAM DER FRIEDE EILIGER ALS EUCH (The room came to us earlier than you). Earth graves were deployed along the eastern, western and northern sides of the fence. They have a concrete edging and tombstone in the form of a concrete pedestal topped with a cross. Information plates were placed on the plinths . [source: Wikipedia, 3151854]
The fate of the cemetery
Today, the cemetery is overgrown with forest. In archival photographs, however, it can be seen that it was built on meadows. The Austrians set on the map access to the cemetery from a nearby railway line. The cemetery itself, however, mistakenly counted into the now-defunct DziekanĂłw, while in fact it was always located in the fields of the village of Sterkowiec
gallery
⮜⮿⮞
Wikipedia, Self-published work, World War I Cemetery nr 279 in Sterkowiec 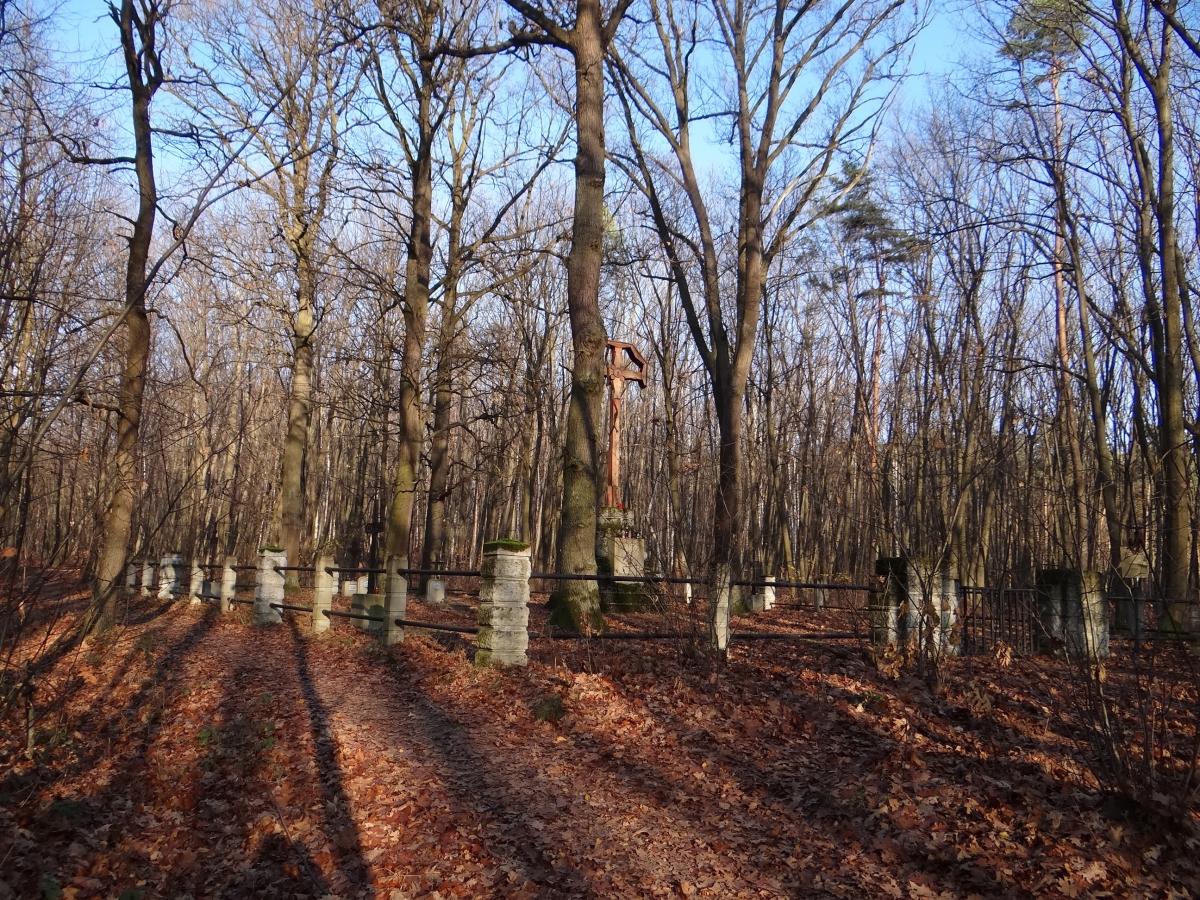 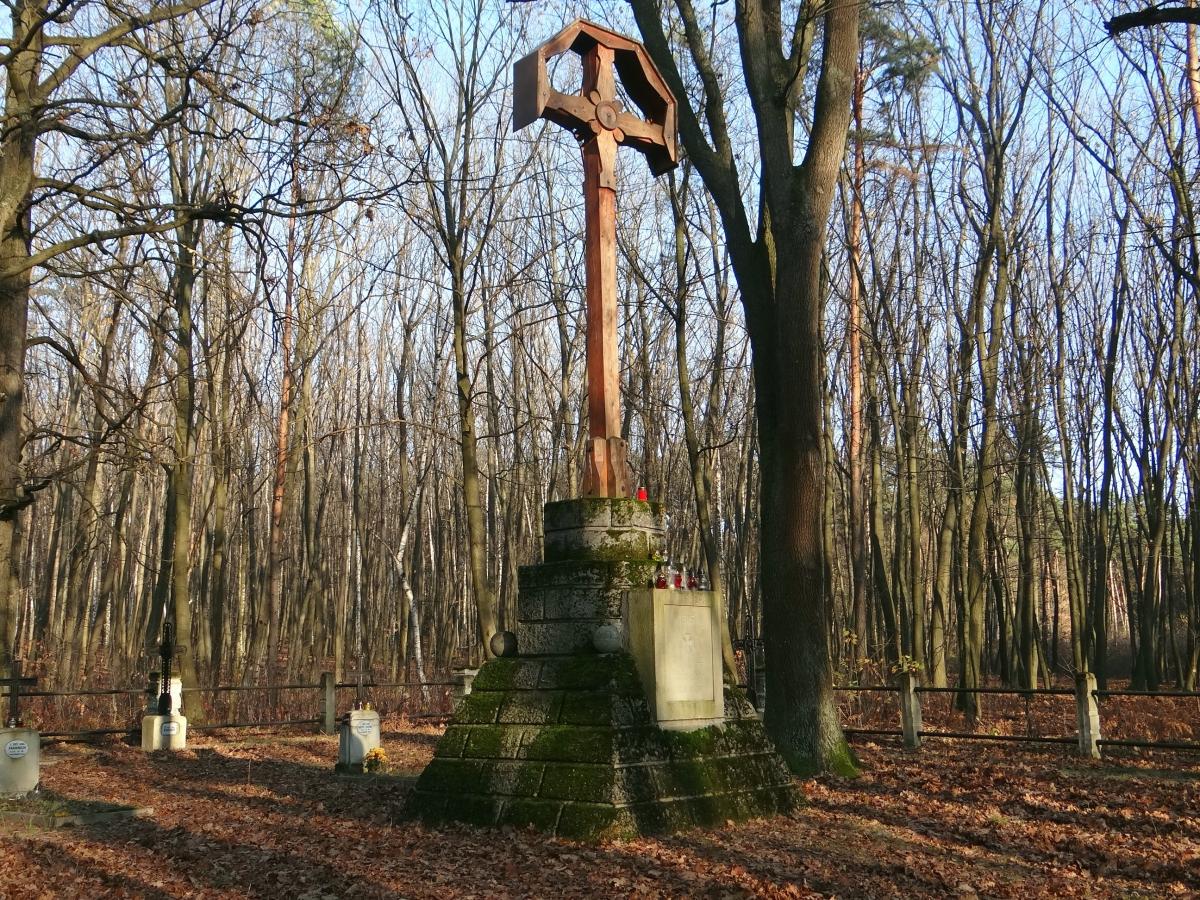 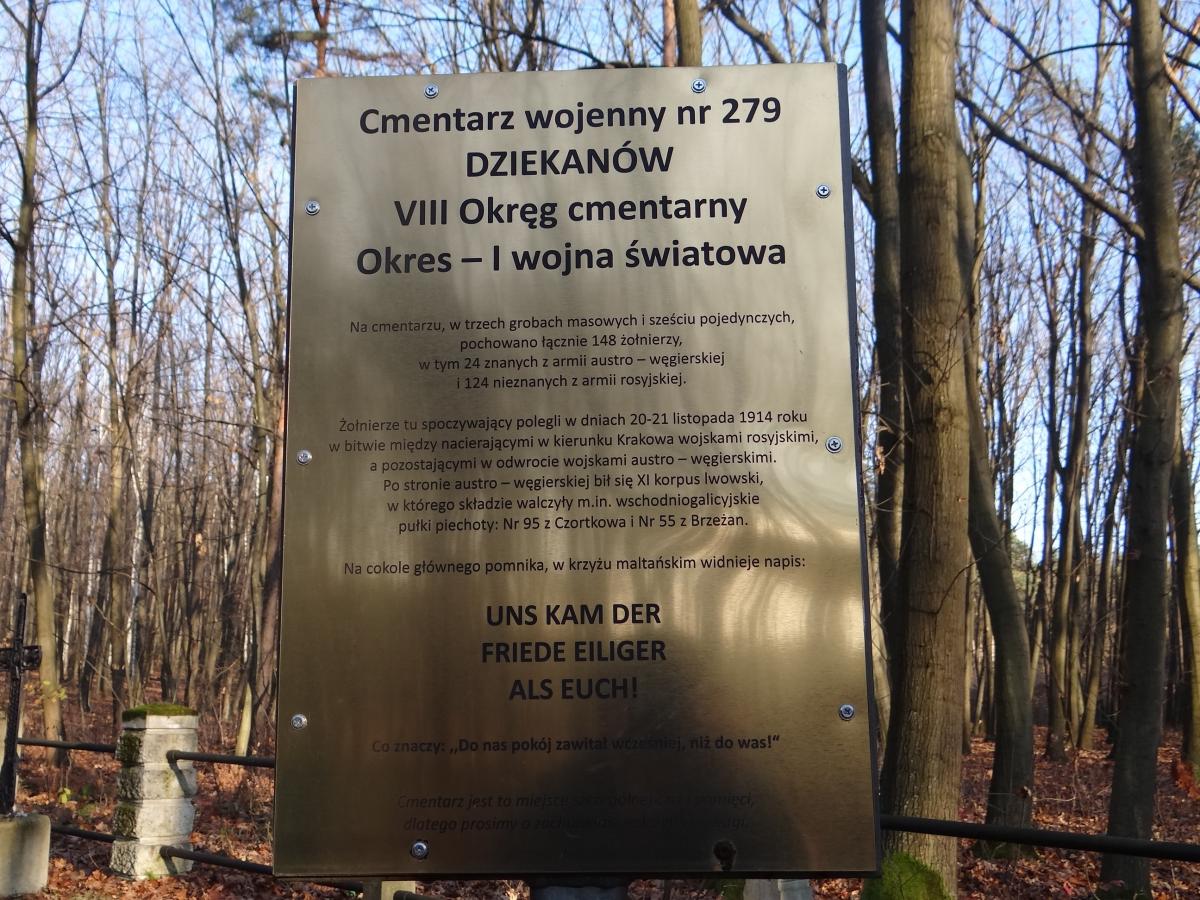 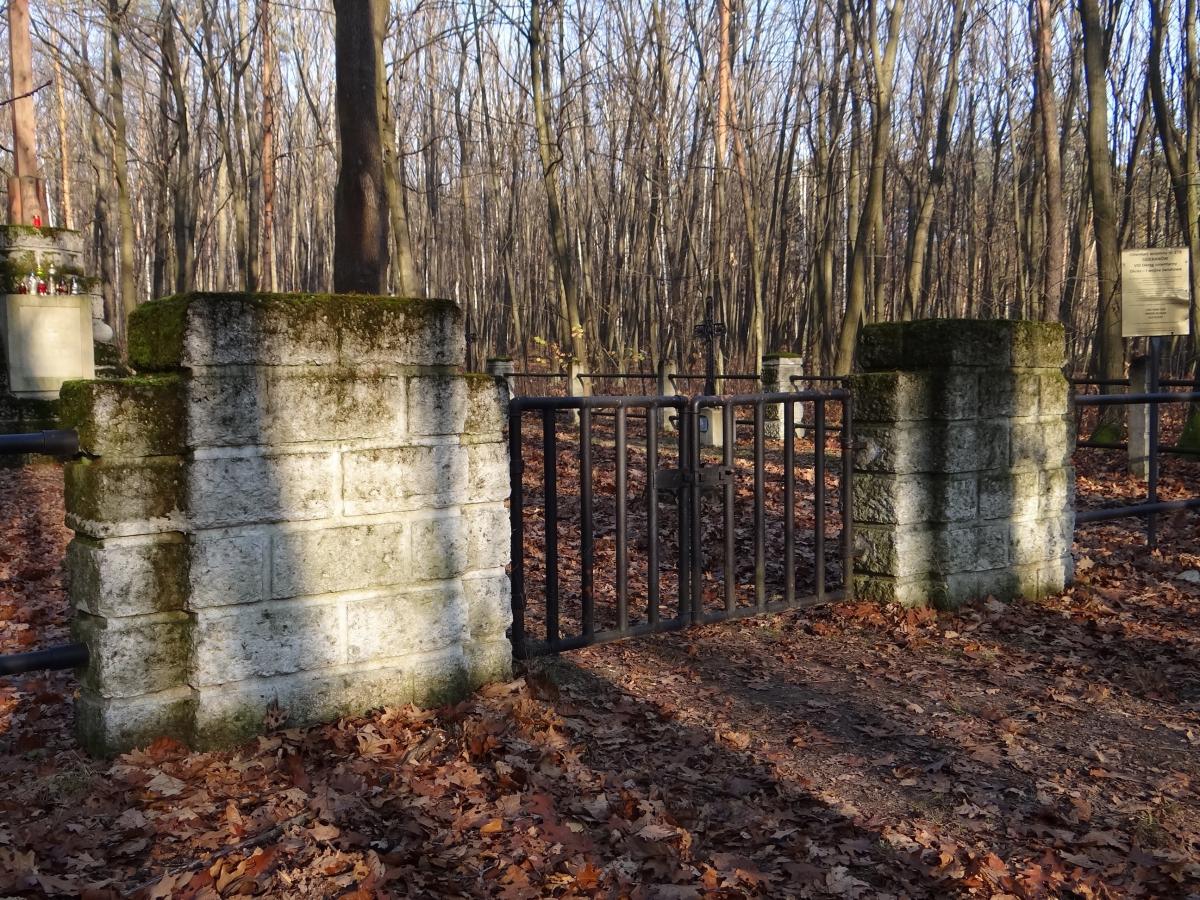 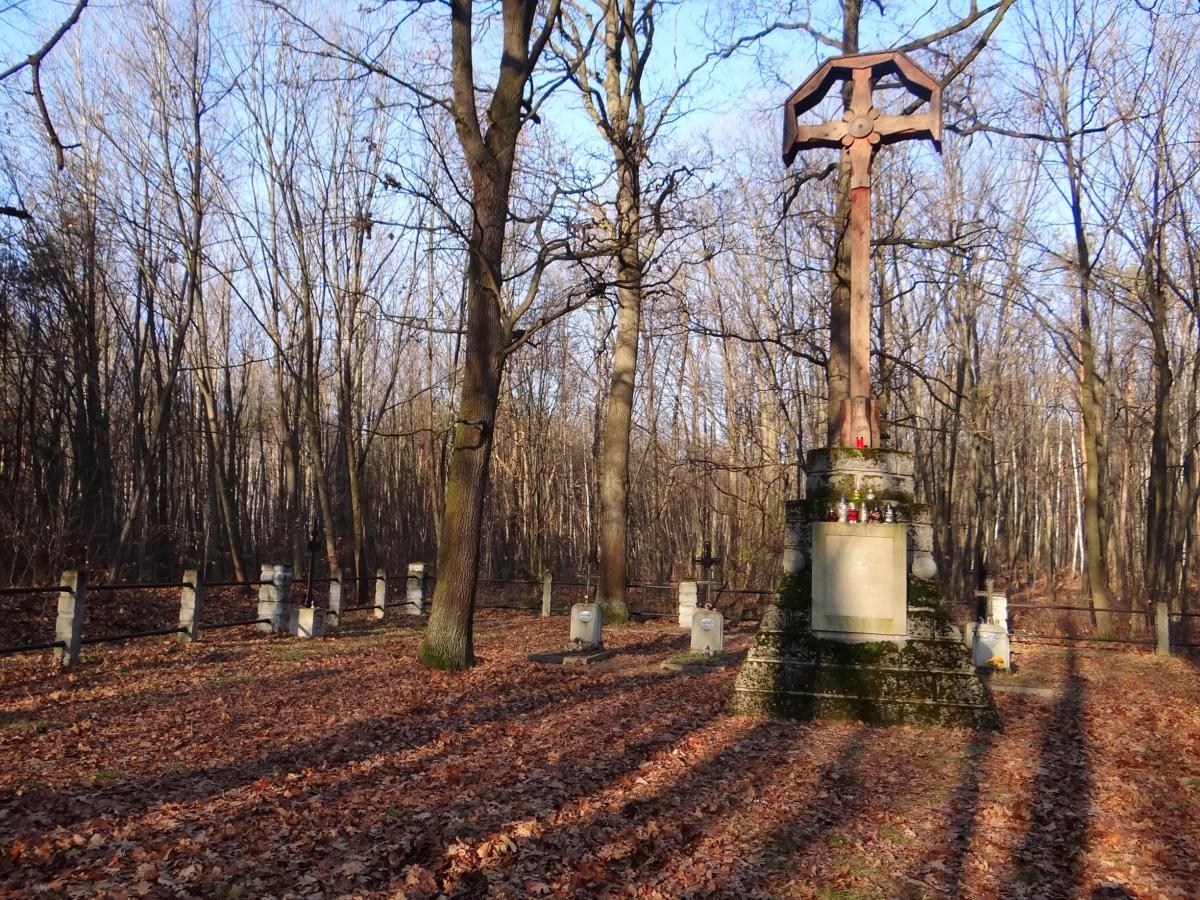 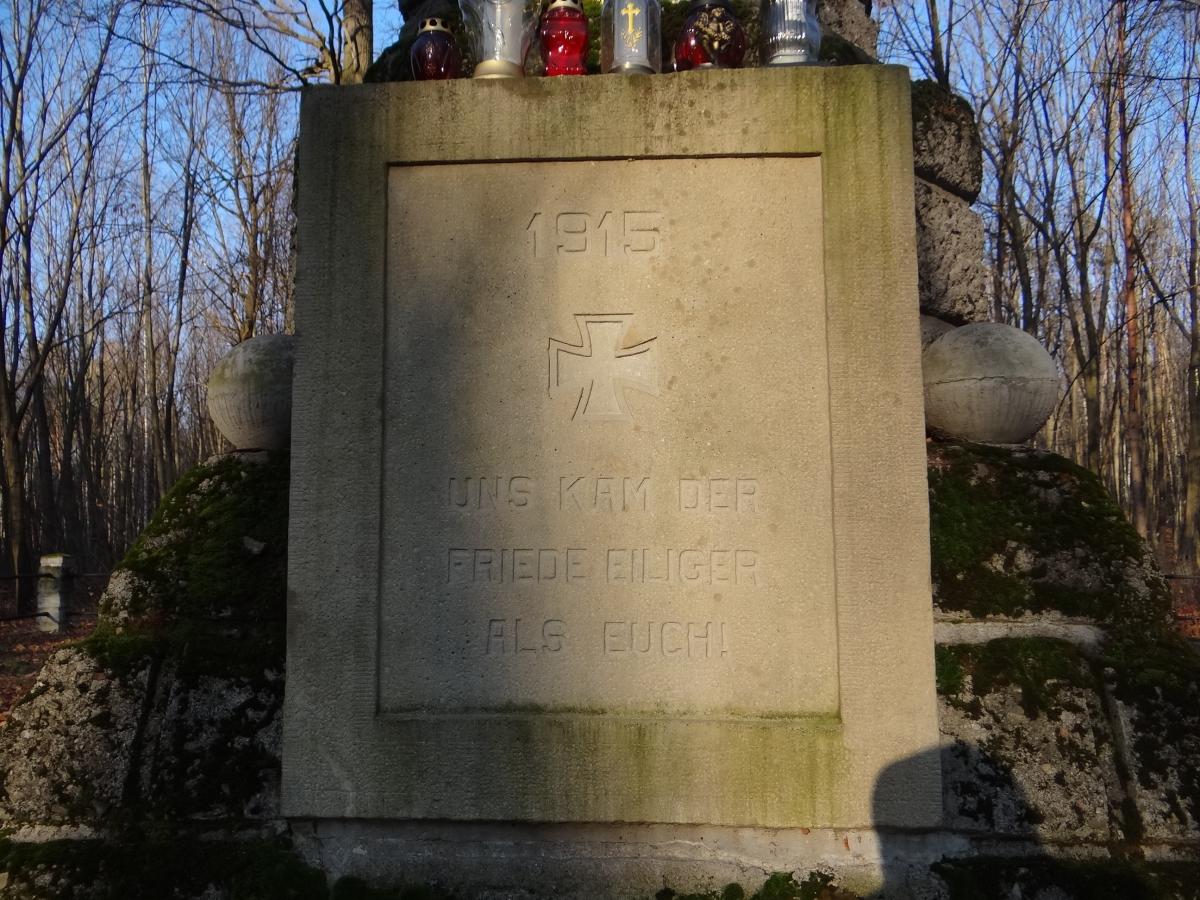 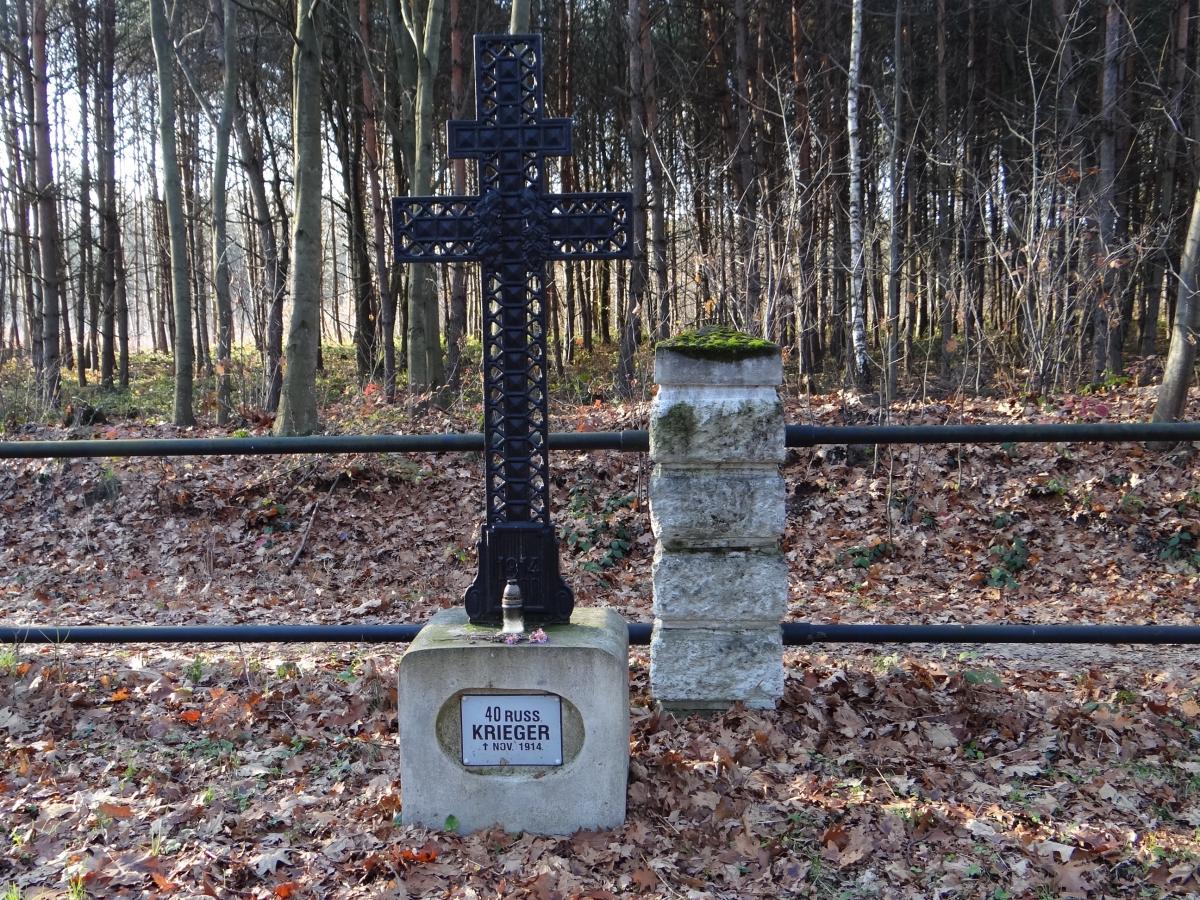 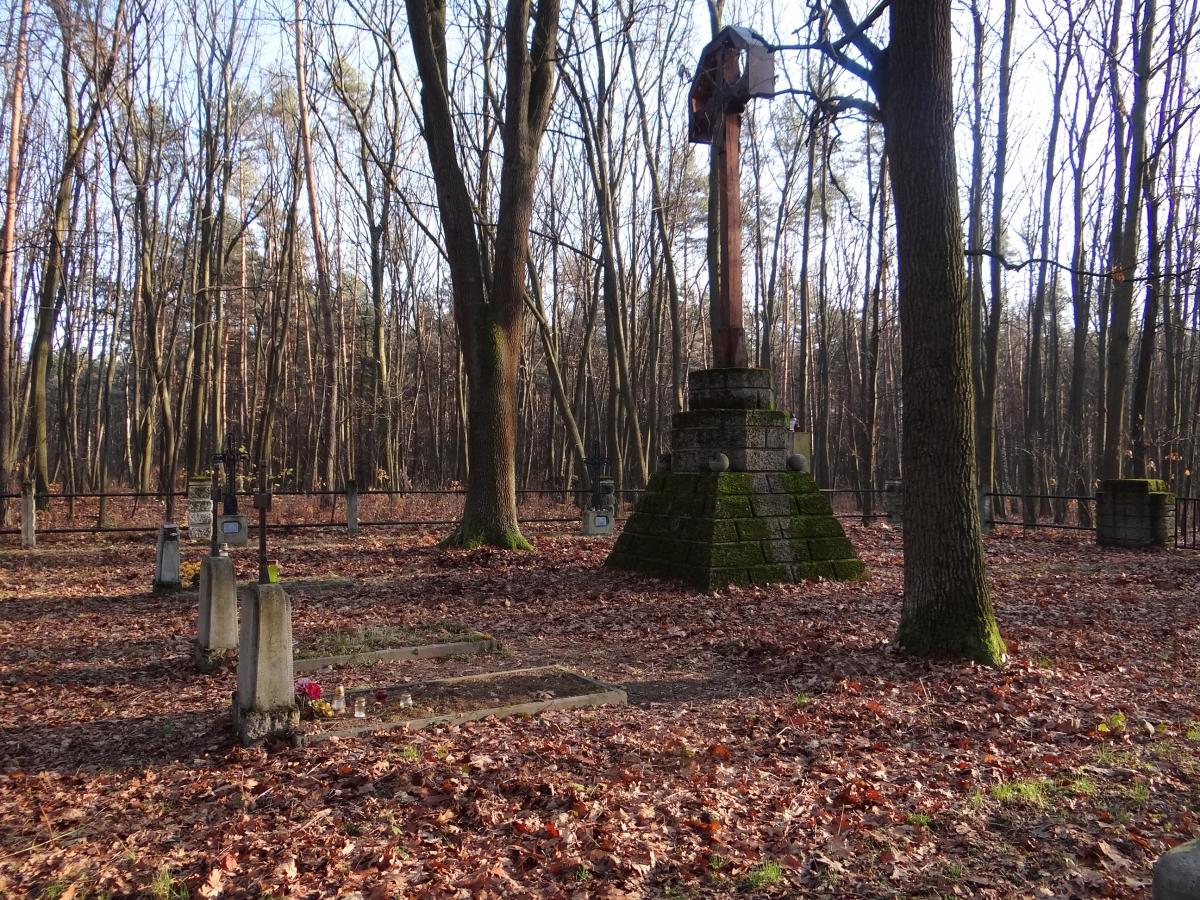