Light the virtual candle
gallery
Edit the description of the cemetery
add photos
number of votes 0
A beautiful cemetery
Return to the main page
War Cemetery No. 310 - Leszczyna - a cemetery from World War I designed by Franz Stark, located in the village of Leszczyna in the Lesser Poland Voivodeship, in the Bochnia district, in the municipality of Trzciana. One of the 400 Western-Galician war cemeteries built by the Cemetery Graves Division of the C. and K. Military Commanders in Krakow. The cemetery is located in a forest by the road 966 on ┼üapan├│w, about 300 m from the church. It is preserved and maintained in very good condition. It covers an area of about 2,200 m. It is surrounded by a wall of broken stone. The wall is covered with a concrete roof. The entrance to the cemetery leads through a stone gate closed with two-winged, cast-iron gates. In front of the entrance in the 2/3 length of the cemetery there is a stone chapel covered with shingles with an inscription in German: BEWAHRT DIE TUGENDEN, DIE KRIEGES NOT SO LEUCHTEND HAT ERWECKT, JHR LEBENDEN - UND WIR, DES KRIEGES OPFER, SEGNEN JHN. In the translation into Polish: "Keep the virtues that a war need has shown so clearly. You living - and we, the victims of war, bless them." There are 6 single and 129 collective graves on it. They buried in them 865 soldiers who died in 1914 and until May 1915: * 600 Russians, including: ** Makar Zajeczow from 220 Skopinski Infantry Regiment ** 46 unknown soldiers from 71 Bielowski Infantry Regiment (71-) ** 45 unknown soldiers from 173 Infantry Regiment * 117 Austrians from 23 IR 30 IR, 58 IR, 95 IR, KUKTJR 3, KUKFJB 14, KUKFJB 16. * 148 Germans among others from 218 of the Prussian Reserve Infantry Regiment (Reserve Infanterie-Regiment (Preu├¤ische) No. 218). [source: Wikipedia, 2055692]
gallery
⮜⮿⮞
••
Wikipedia, Self-published work, World War I Cemetery nr 310 in Leszczyna 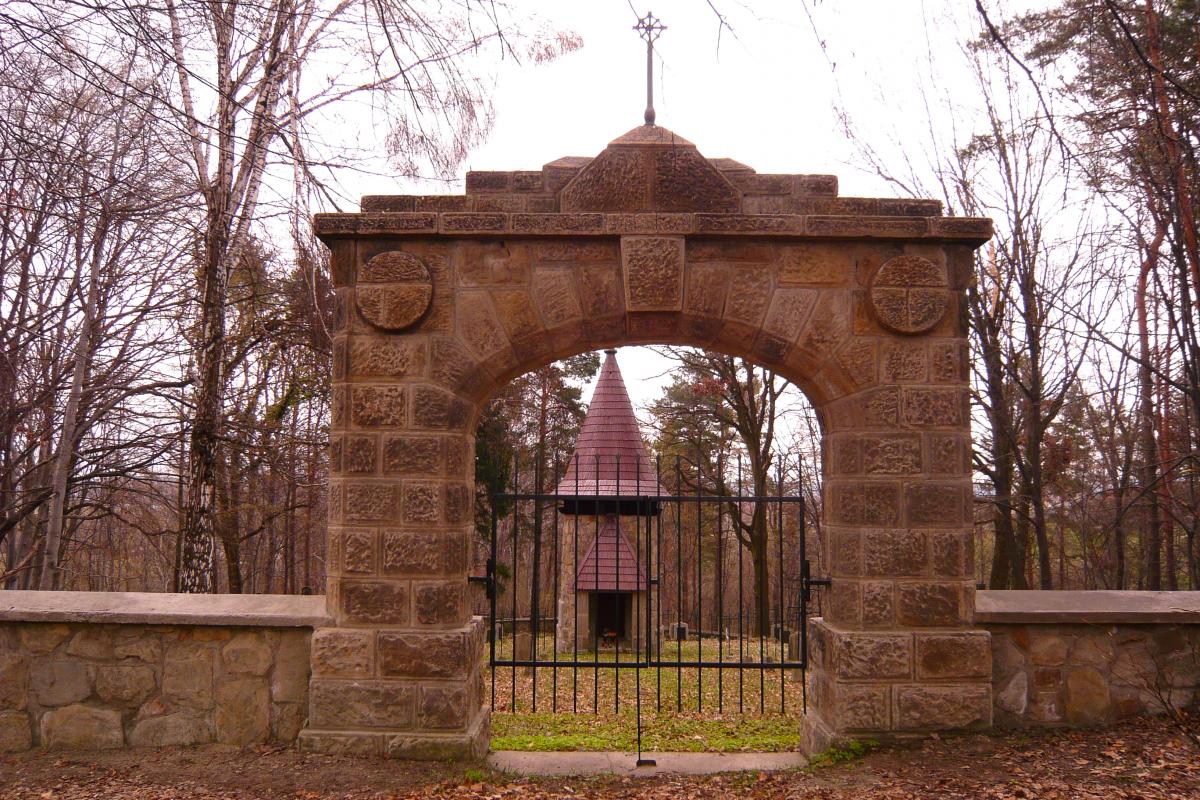 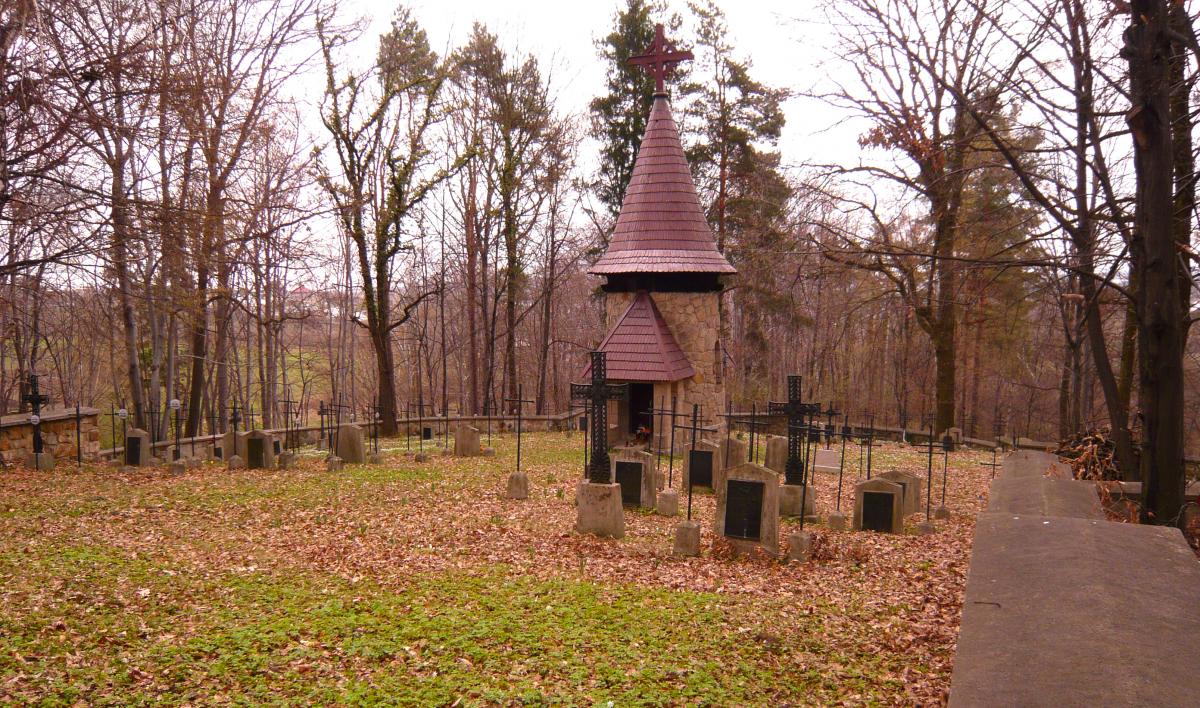 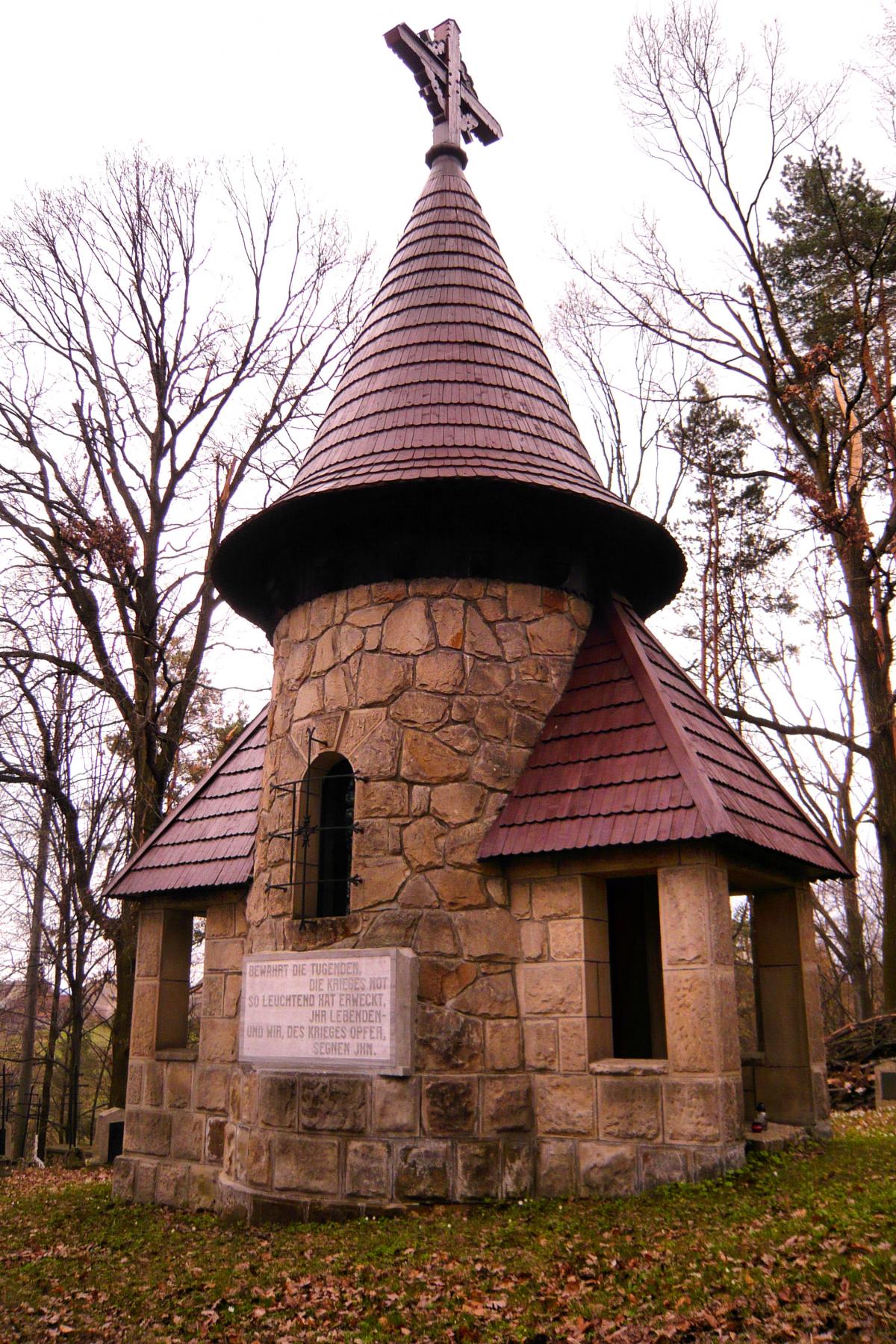 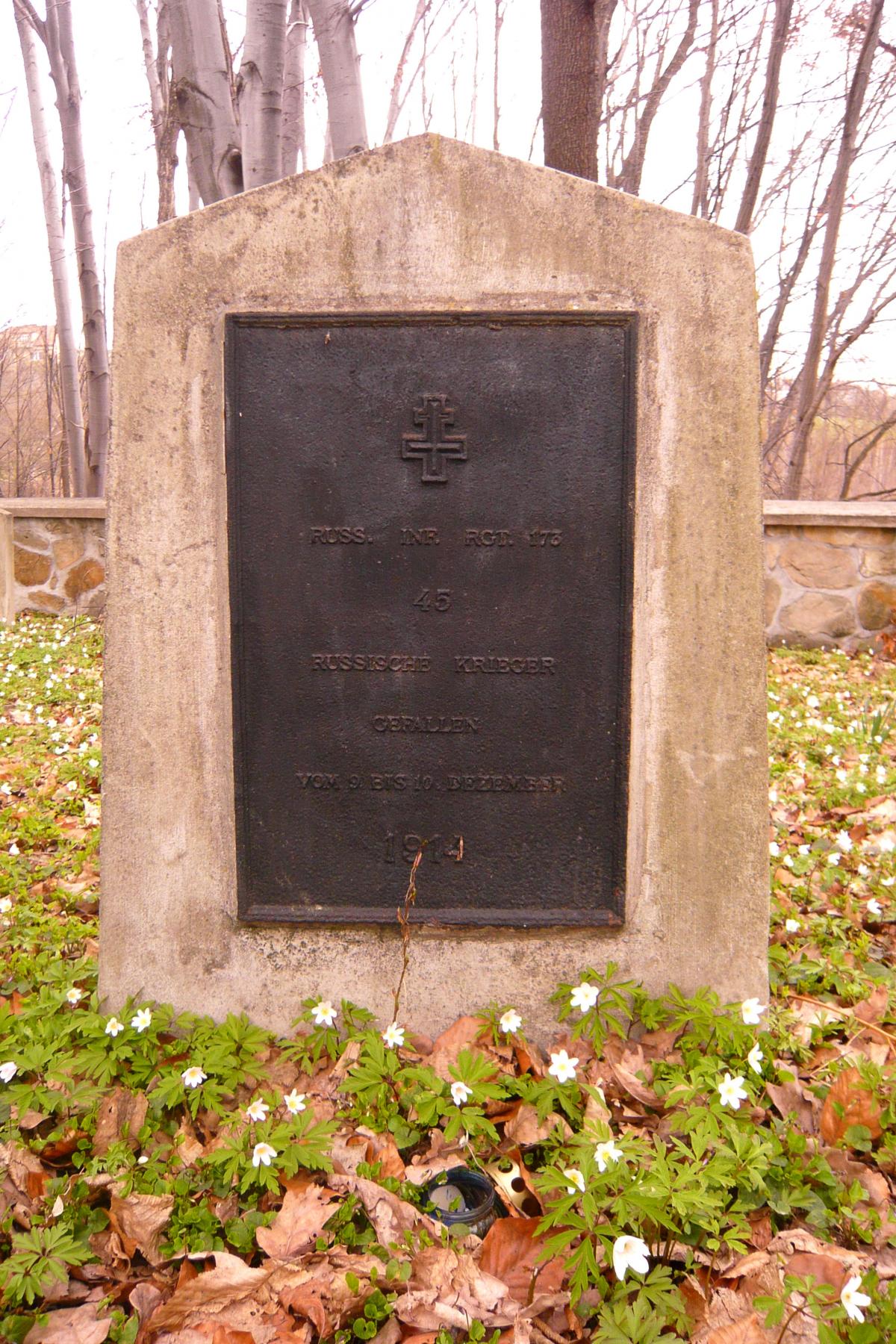 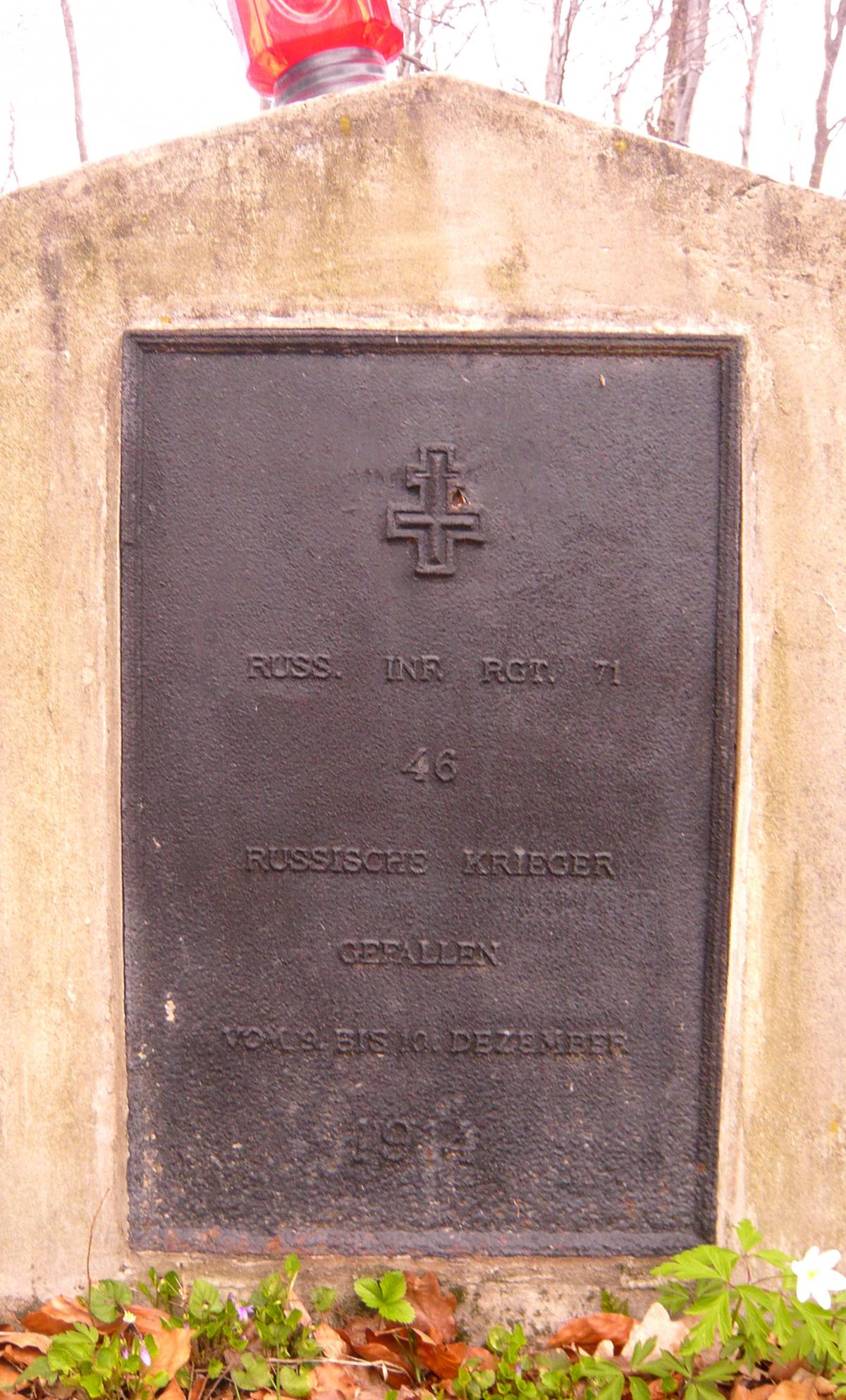 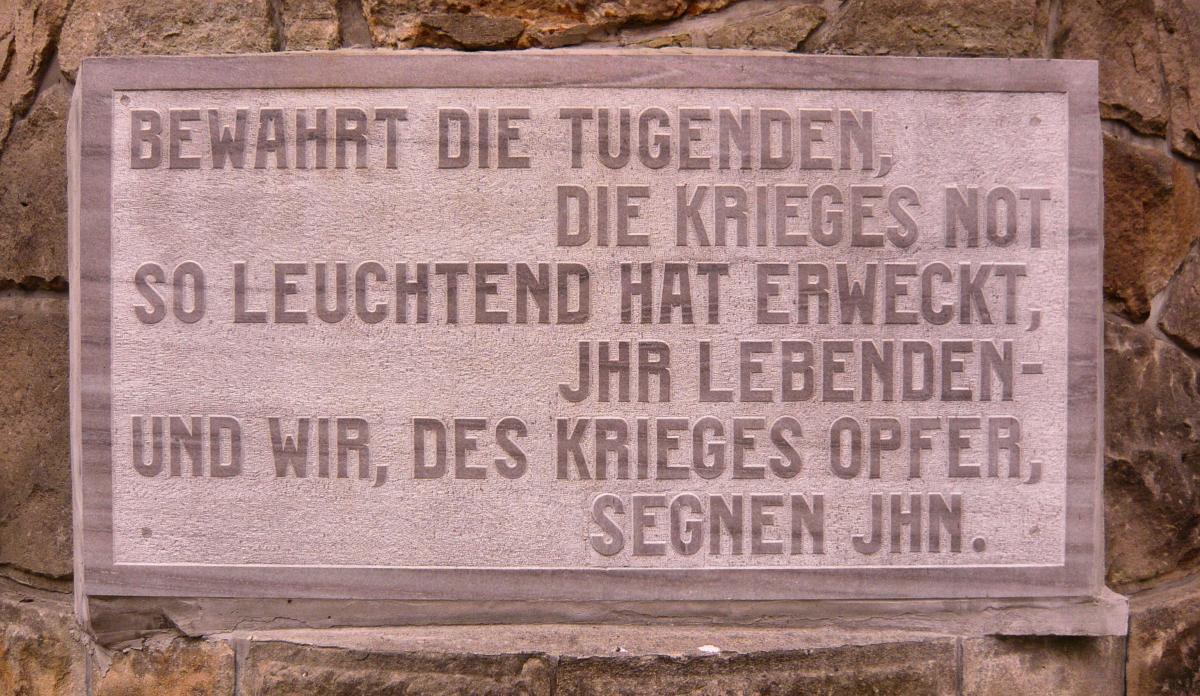 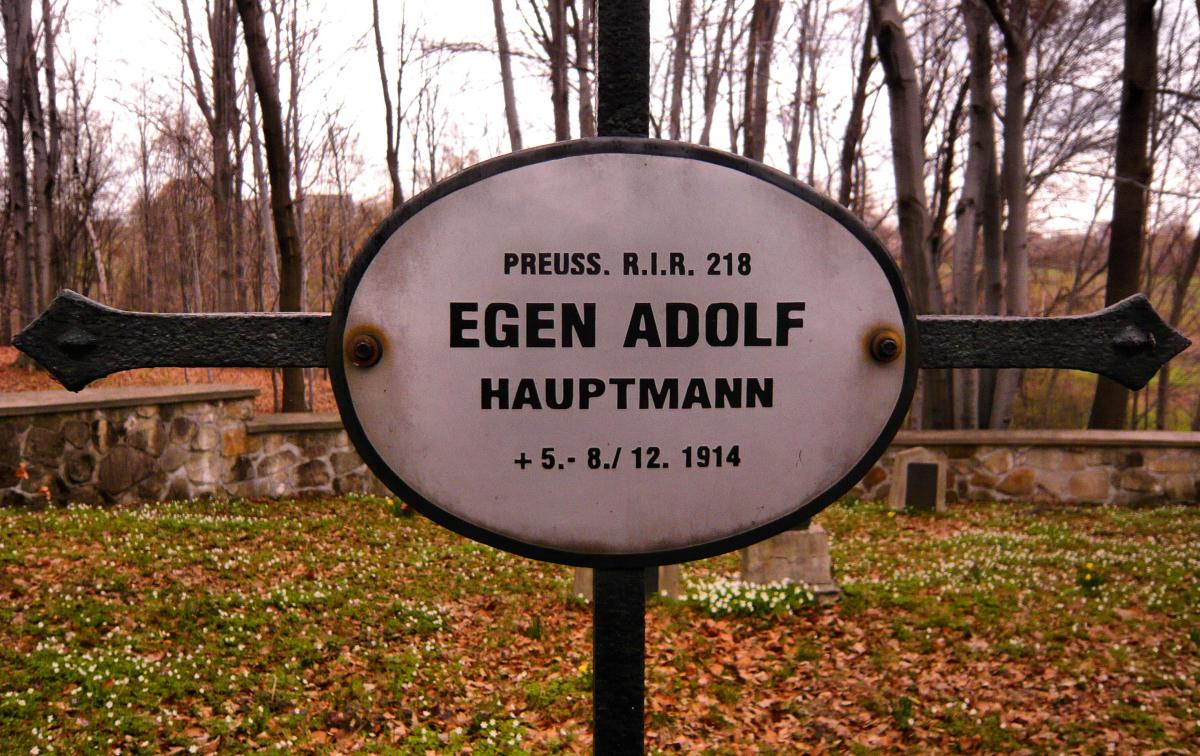 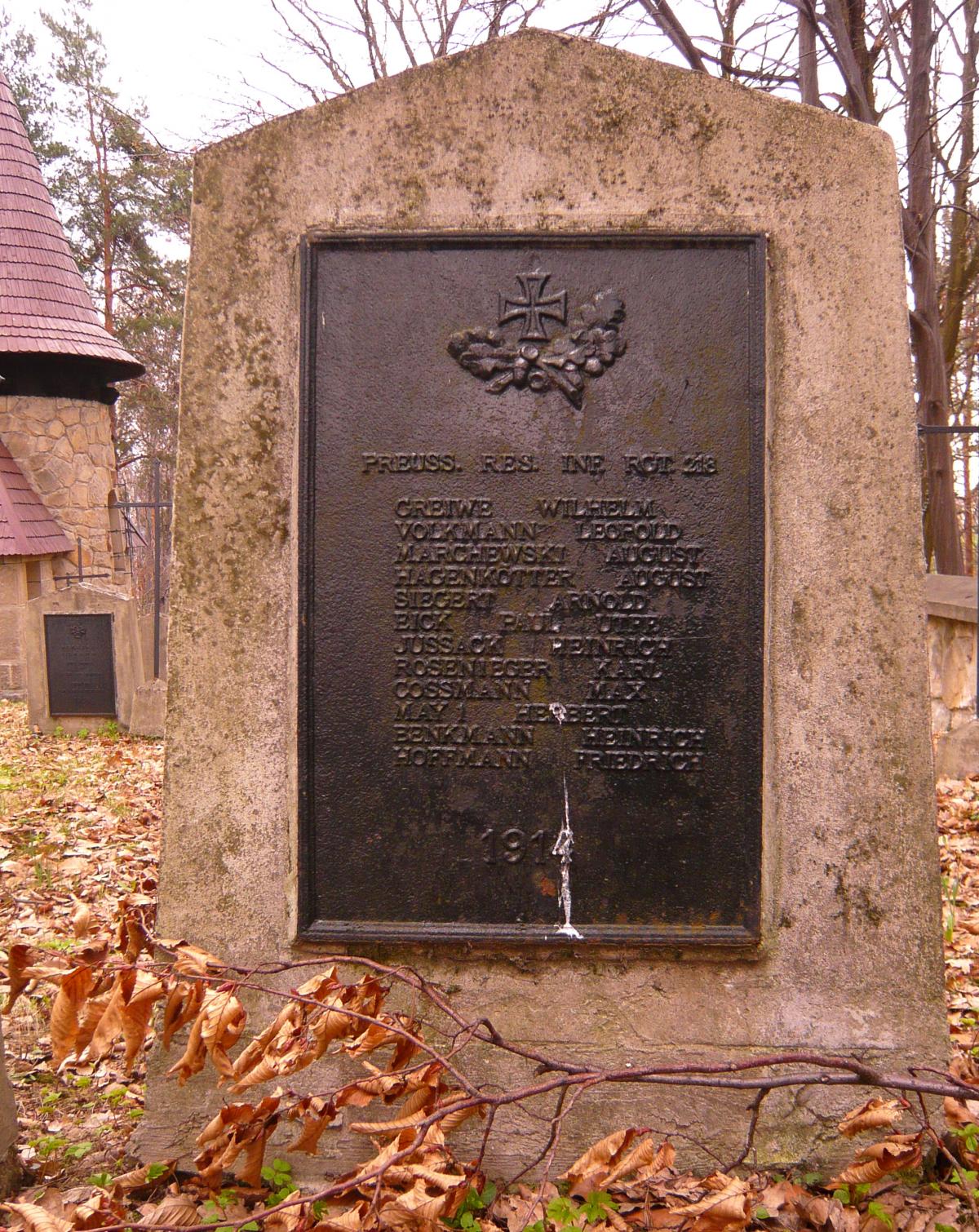 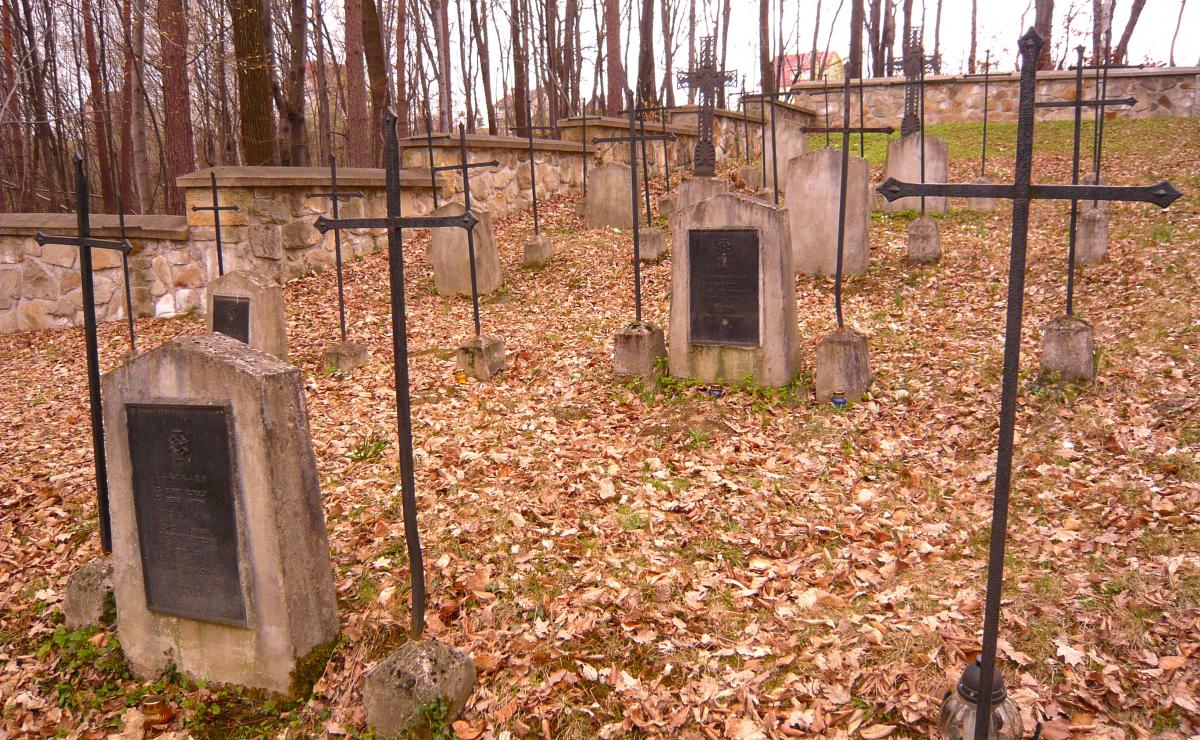 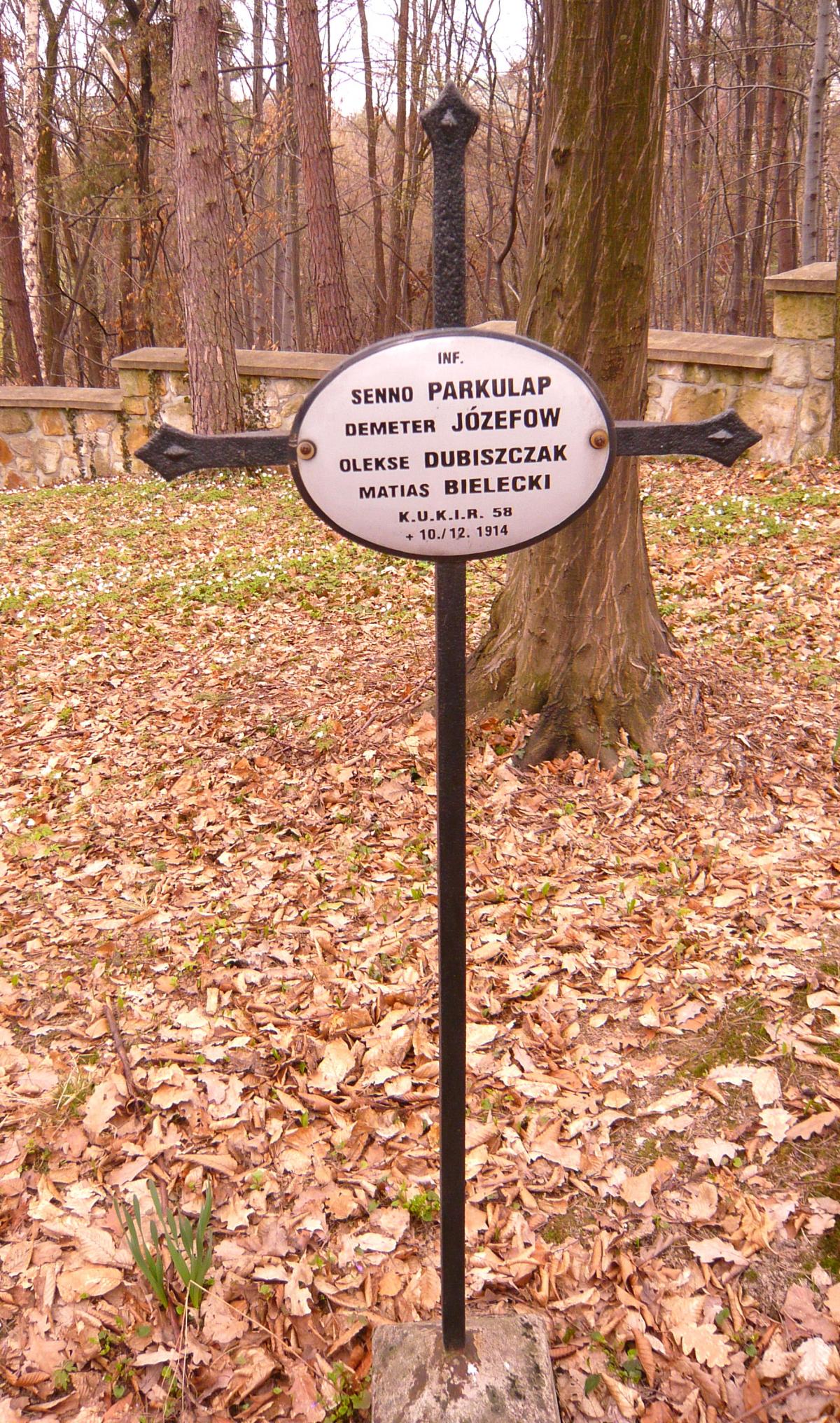