Light the virtual candle
gallery
Edit the description of the cemetery
add photos
number of votes 0
A beautiful cemetery
Return to the main page
War Cemetery No. 337 - Grabina - a cemetery from World War I in the village of Grabina in the Lesser Poland Voivodeship, in the Bochnia poviat, in the Bochnia commune. It is one of over 400 Western-Galician war cemeteries built by the Cemetery Graves Division of the C. and K. Military Commanders in Krakow. Of this number, there are 46 cemeteries in the Bochnia district. [source: Wikipedia, 2164809]
Location
It is located on a hill among farmlands, away from built-up areas. A road leads him to the north in the direction of the road running through Grabina. A place next to the road from which this road leaves is indicated by the original concrete plaque on the concrete pillar. The inscription on the board: Kriegerfriederhof - Military cemetery. The cemetery is located at an altitude of approx. 288 m above sea level, between two small wooded areas. [source: Wikipedia, 2164809]
History
The soldiers of the Russian, Austro-Hungarian and German armies, who died in the surrounding fields at the beginning of December 1914 during the Limanowa-Ĺ‚apanska operation, were buried here together in one cemetery. After a few days and extremely fierce battles, the Austrians gained Russian positions on the hills in the towns of Buczyna, Grabina, Stradomka, SobolĂłw, Chrostowa, Kamyk, Wola Nieszkowska, and NieprzeĹ›nia, displacing them from these towns. On December 13, the Russians began a retreat further east. In the fighting during the Limanowsko-Pawanski operation, both sides suffered large losses and there are many war cemeteries around. All armies fighting here were multinational. The following gravestones were buried at the cemetery in Grabin: * 130 soldiers of the Austro-Hungarian army * 85 soldiers of the Russian army [source: Wikipedia, 2164809]
Description of the cemetery
It is a small cemetery on a rectangular plan. The fence is made of massive stone made of hewn stone, covered with concrete roofs. Between the posts there is an iron fence fence. Entry through a brick stone gate with an iron gate. The main decorative element is a stone wall made of stone with a stone-built column in the shape of a chapel with a roof topped with a cross. In the recess on the wall of this column a large, openwork, cast-iron Latin cross was mounted. There are 14 mass graves and 6 individual ones arranged in rows in the cemetery. On the tombstones, crosses mounted on low concrete plinths are made of flat bars. On the graves of soldiers of the Austro-Hungarian army, these are Latin crosses, on the gravestones of soldiers of the Russian army, the Lorraine crosses. [source: Wikipedia, 2164809]
The fate of the cemetery
After the battle, the soldiers were buried quite hastily, in random places and shallowly. There were 50 places of such burials in this region. This made it difficult to cultivate the fields, and the outbreak of the epidemic could have happened. In 1915, when the Austrians pushed the Russians further east, they started to build a cemetery. It was carried out very solidly, the Austrians planned that after the war, war cemeteries would become a place of patriotic pilgrimages. That was also the case during the interwar period. The cemetery was still in good condition at that time. After World War II, the importance of the cemetery in the awareness of the society and the then authorities decreased, because new, more recent cemeteries and dramatic stories of the new war came. The cemetery was naturally destroyed by weather and vegetation factors, and there were vandalisms. It was not until the 1980s that more care was started for World War I cemeteries. In 1988, it was renewed and the cemetery is kept up to date, also by schoolchildren. On the Day of the Dead school youth lights candles in the cemetery. [source: Wikipedia, 2164809]
gallery
⮜⮿⮞
Wikipedia, Self-published work, World War I Cemetery nr 337 in Grabina 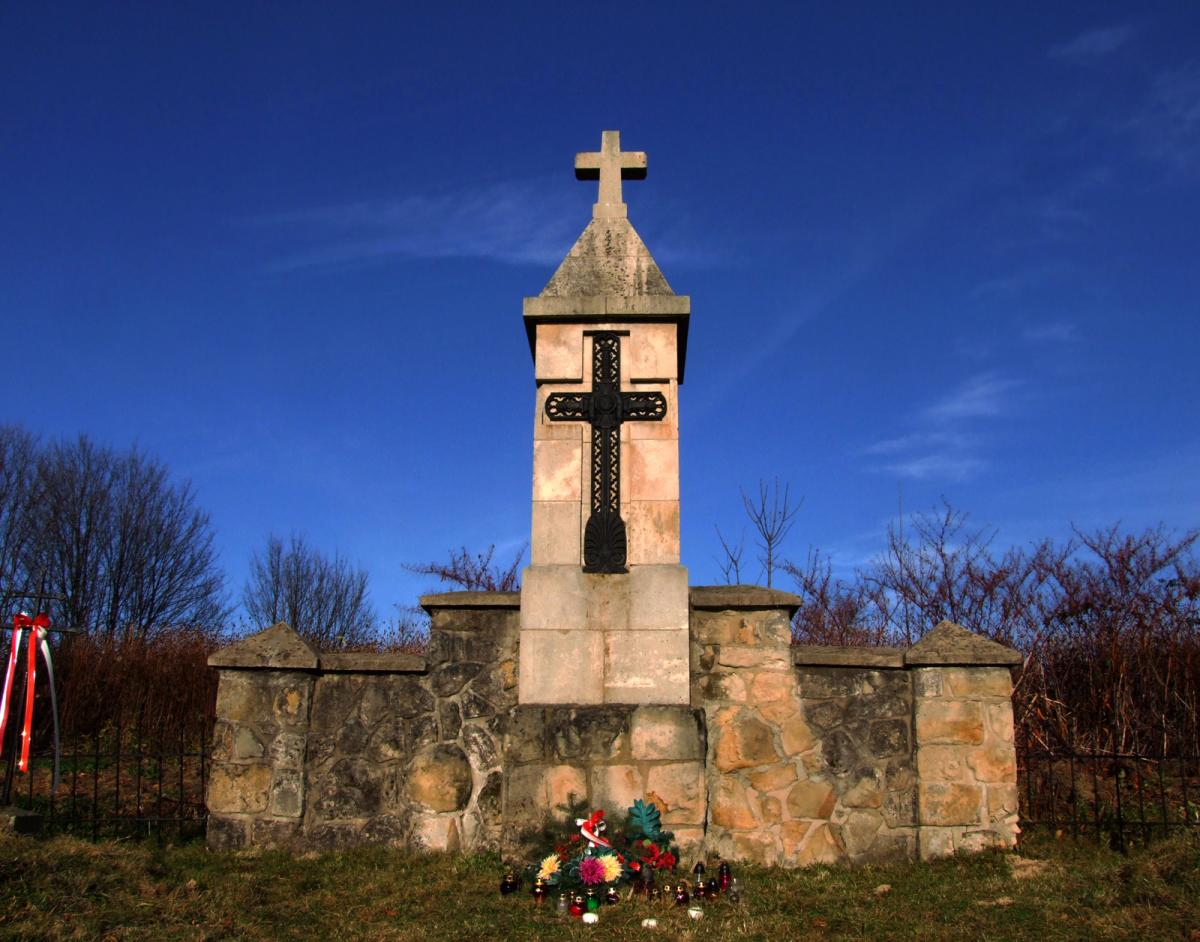 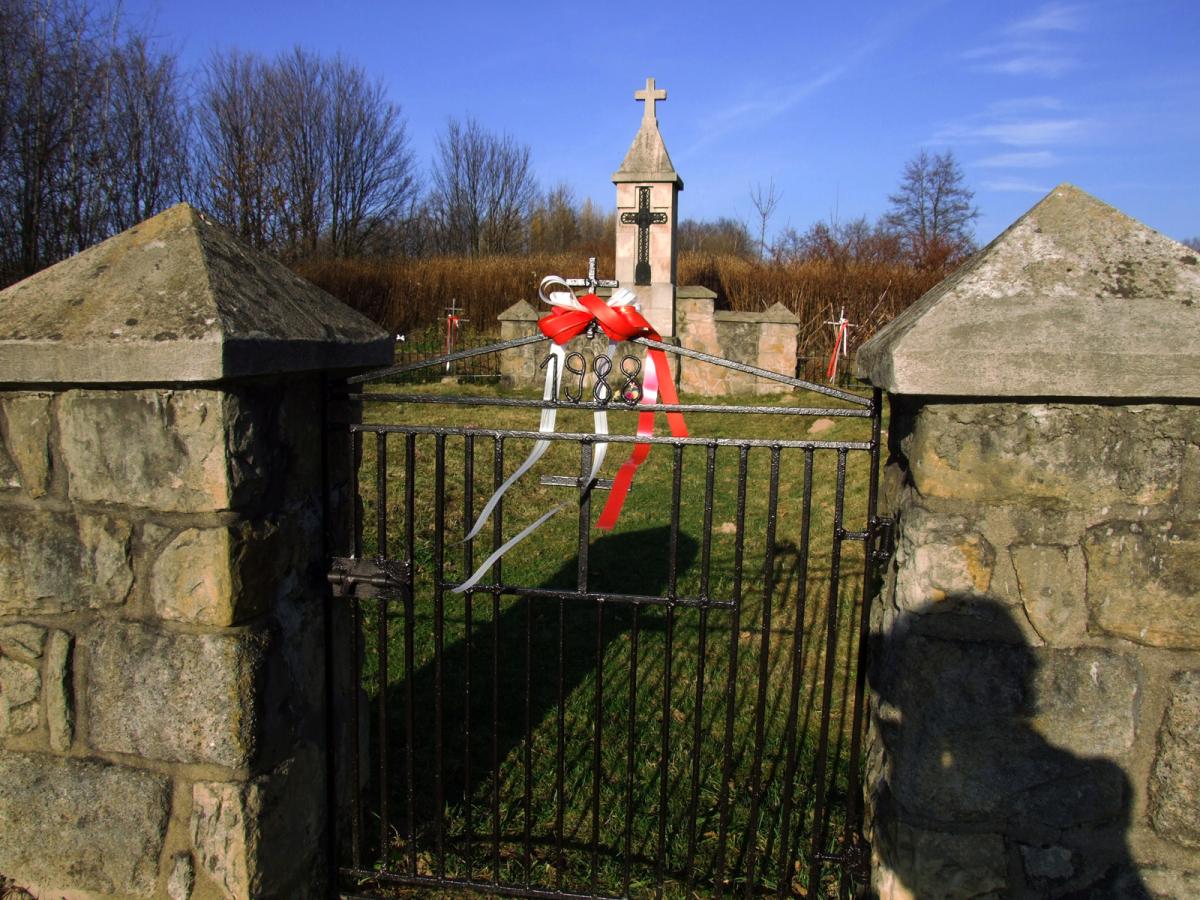