Light the virtual candle
gallery
Edit the description of the cemetery
add photos
number of votes 0
A beautiful cemetery
Return to the main page
War Cemetery No. 339 - Sobol├│w - cemetery from World War I in Sobol├│w in the Lesser Poland Voivodeship, in the Bochnia poviat, in the ┼üapan├│w commune. It is one of 400 Western-Galician war cemeteries built by the Cemetery Graves Division of the C. and K. Military Commanders in Krakow. Of this number, there are 46 cemeteries in the Bochnia district . [source: Wikipedia, 3051816]
Position
It is located in the parish cemetery in the center of Sobol├│w, on the slopes of a hill descending in the north-west direction to the valley of the Polanka stream, about 240 m from the Sobol├│w-Nieprze┼ønia highway. It occupies the upper part of the parish cemetery. Next to it runs the road Sobol├│w - Stradomka . [source: Wikipedia, 3051816]
History
Buried here were soldiers of the Austro-Hungarian and Russian armies who died in the surrounding fields at the beginning of December 1914 during the Limanowa-Pawanska operation. On December 7, the Russians occupied the hills of the Pog├│rze Wi┼ønickie to the west of Stradomka. Attacking from the south and from the side of ┼üapanowo and the Stradomka valley, the Austrian army captured them for several days. After a few days of extremely fierce battles, the Austrians drove Russian troops out of these areas. On December 13, the Russians began a retreat further east . The cemetery was buried: * 146 soldiers of the Russian army. * 186 soldiers of the Austro-Hungarian army. A total of 314 soldiers, 86 from the Austro-Hungarian army were identified, including prof. J├│zef Holzer and dr Bruno Husman, who were buried under the central monument of the cemetery. Among Russians almost everyone is unnamed . [source: Wikipedia, 3051816]
Description of the cemetery
Originally, the cemetery was made on a rectangular plan with a rounded south-east corner. Currently, however, the layout is changed, after the Second World War because in this cemetery burials of civilians were made and their gravestones are found here. The original cemetery fence was destroyed over time. A contemporary fence consisting of angles and flat iron was made. The main decorative element of the cemetery is the original, stone-built stone obelisk crowned with a cast-iron cross located in the upper part of the cemetery. On the vertical bar of this cross there are inscriptions in three languages: * and Peace Let Us be with us ... ... Und Seider Friede Mit Uns * ... ... In the cemetery there are tombstones with crosses without plates, made of thick iron flat bars . There are 2 types of crosses; single Austrian type and double russian type
gallery
⮜⮿⮞
Wikipedia, Self-published work, World War I Cemetery nr 339 in Sobol¾w 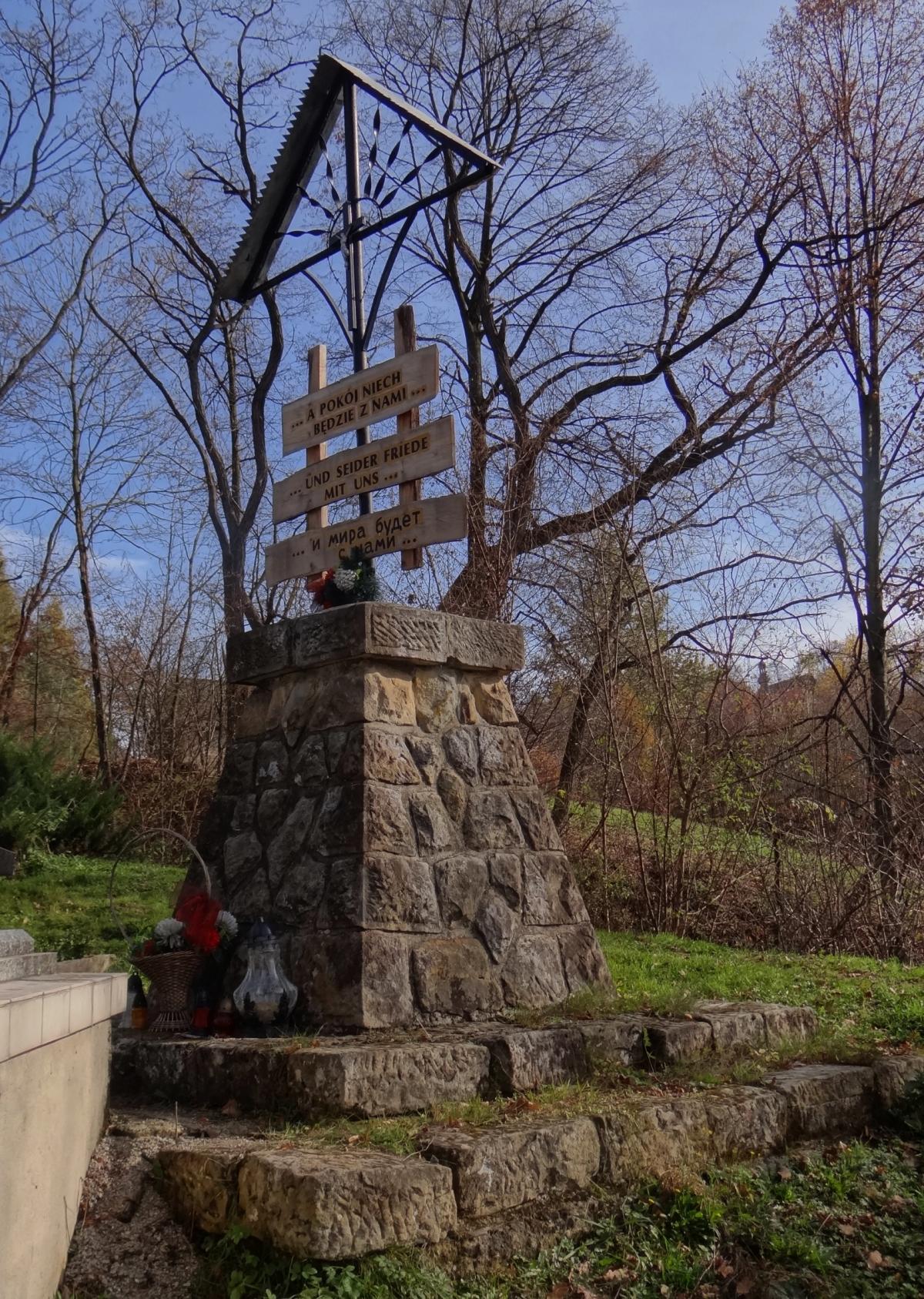 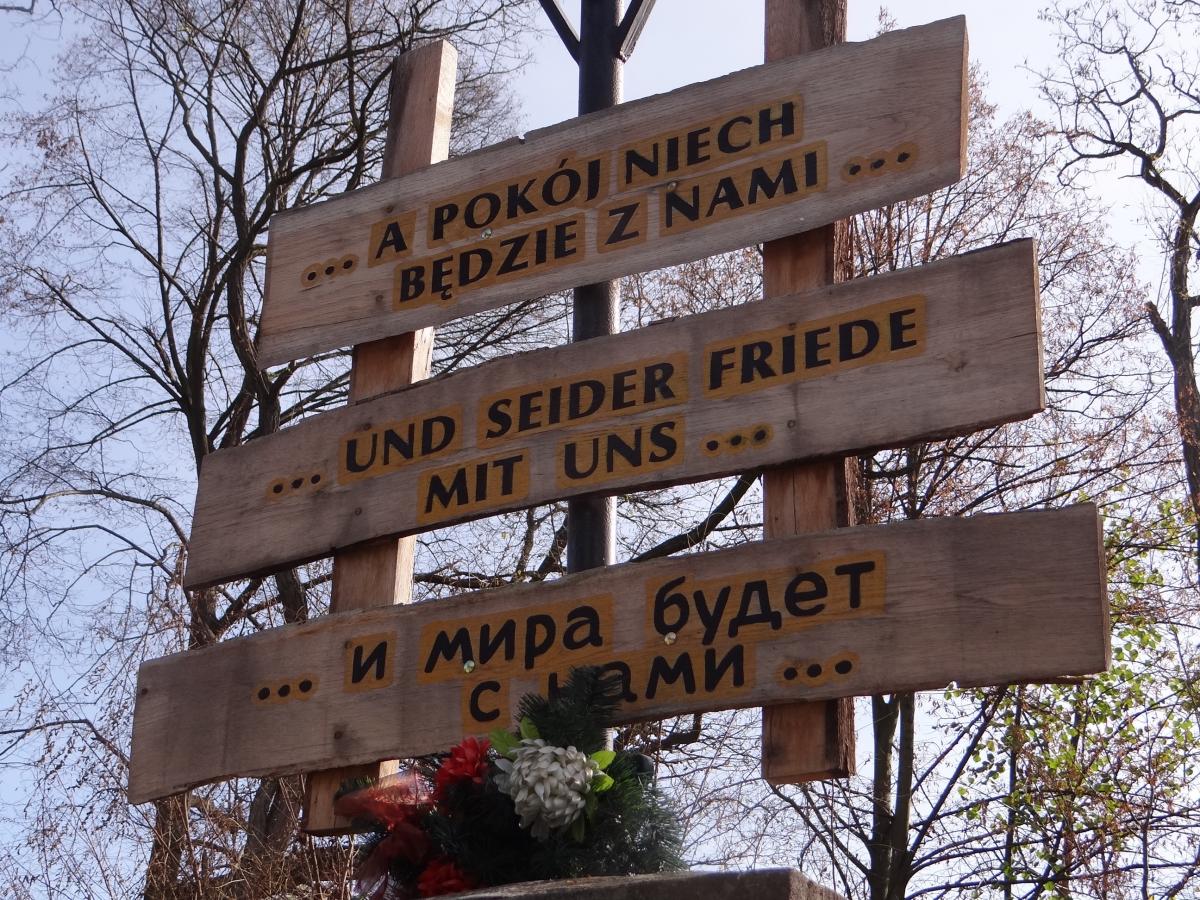 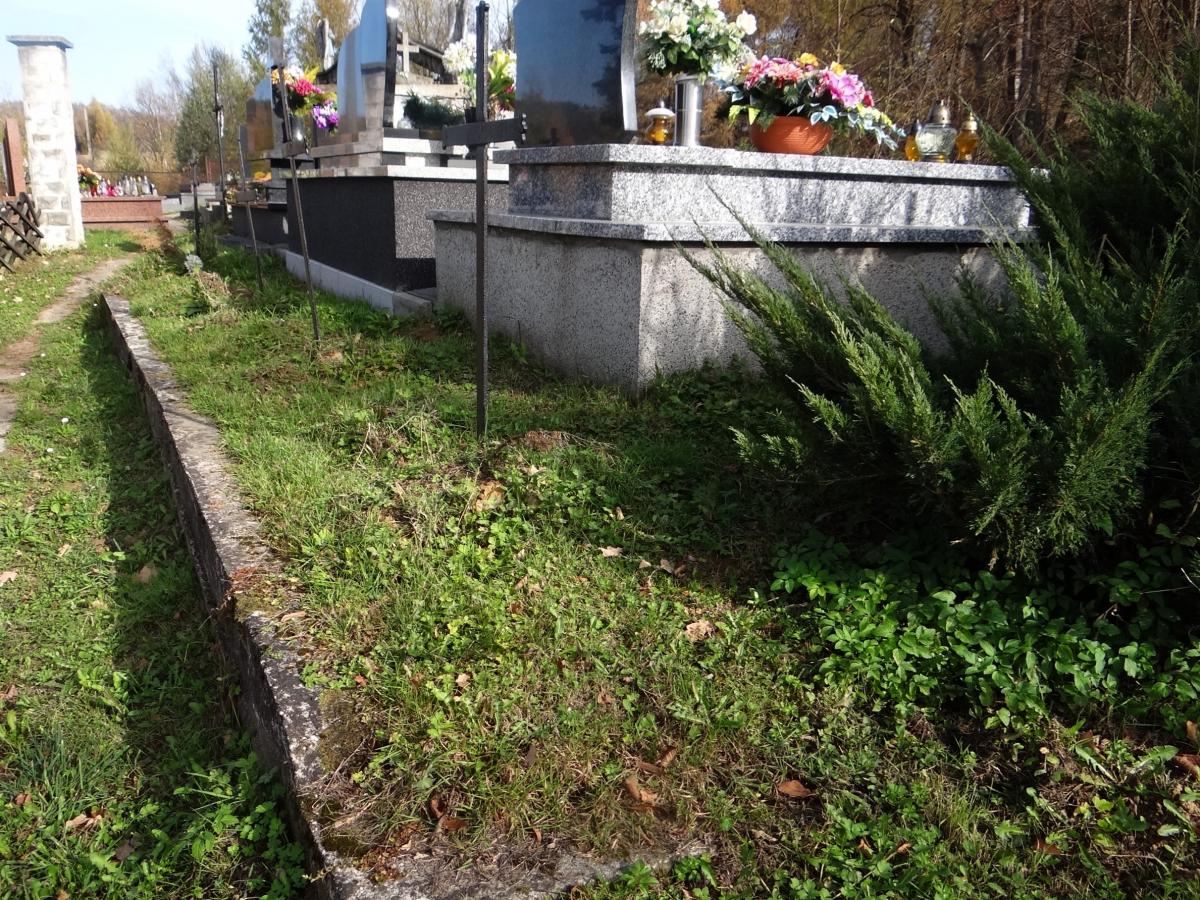 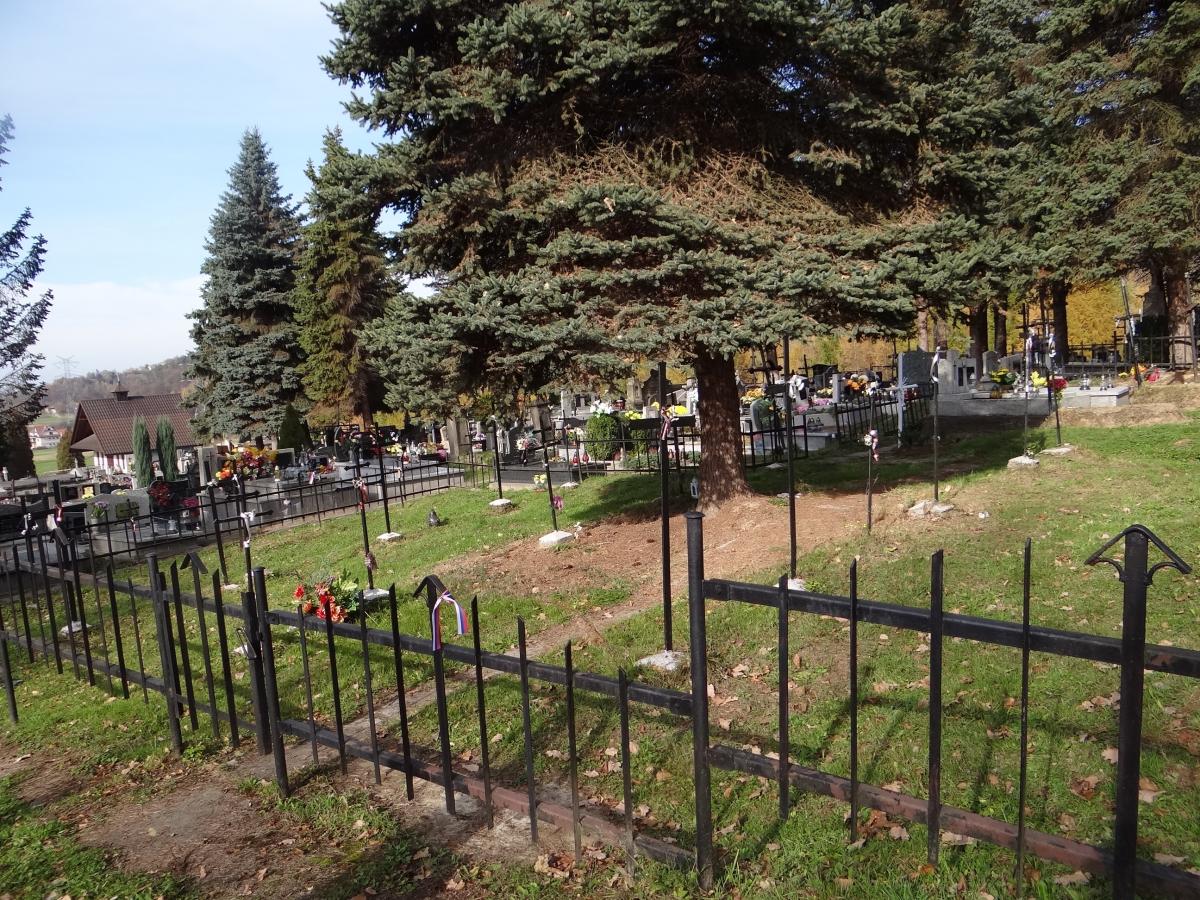 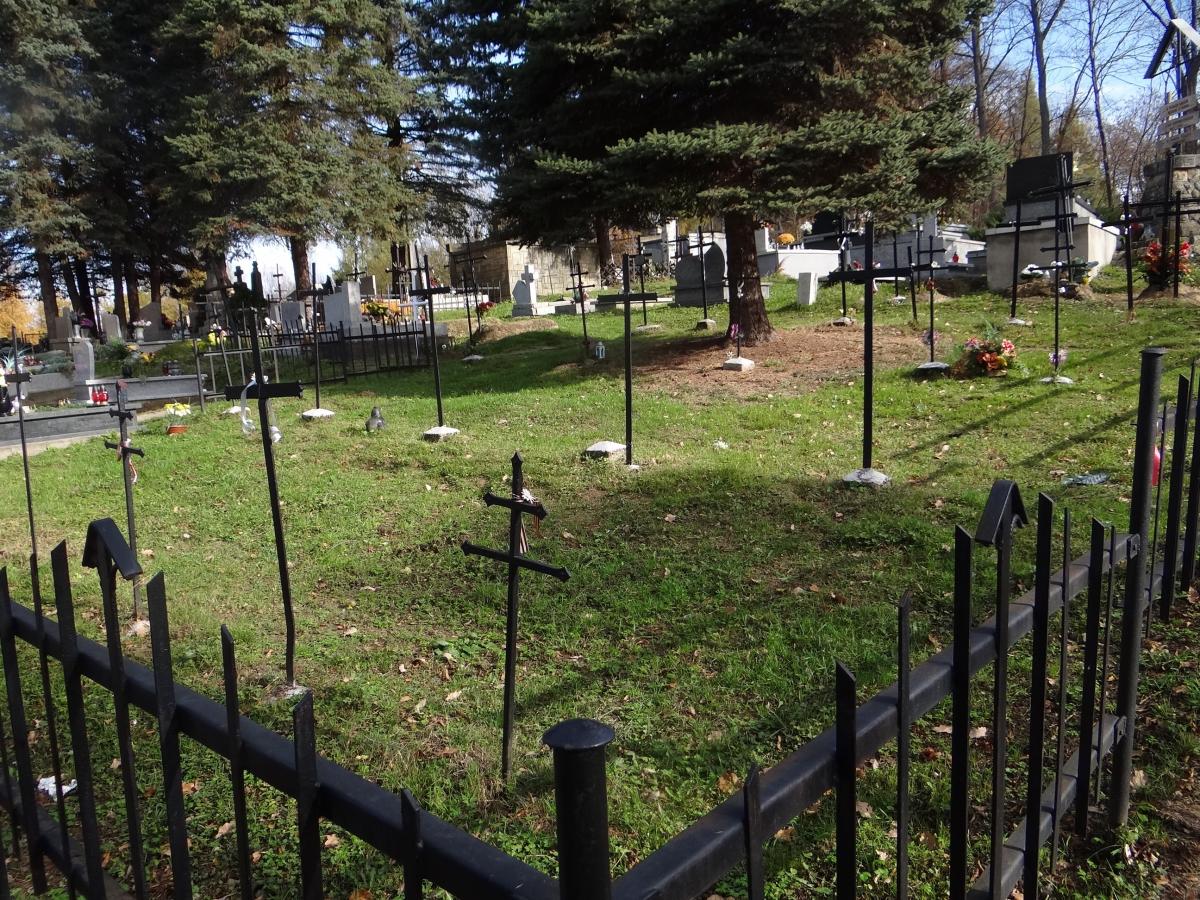 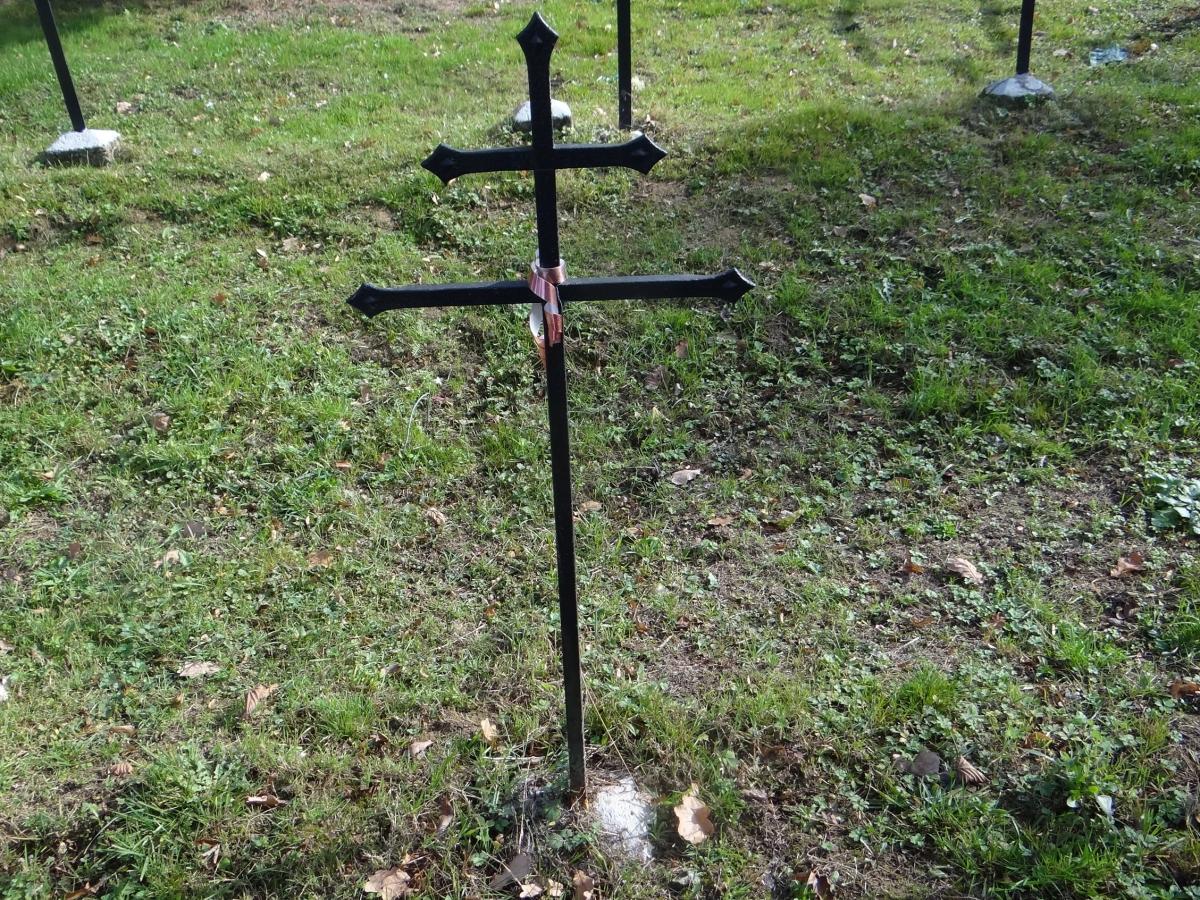 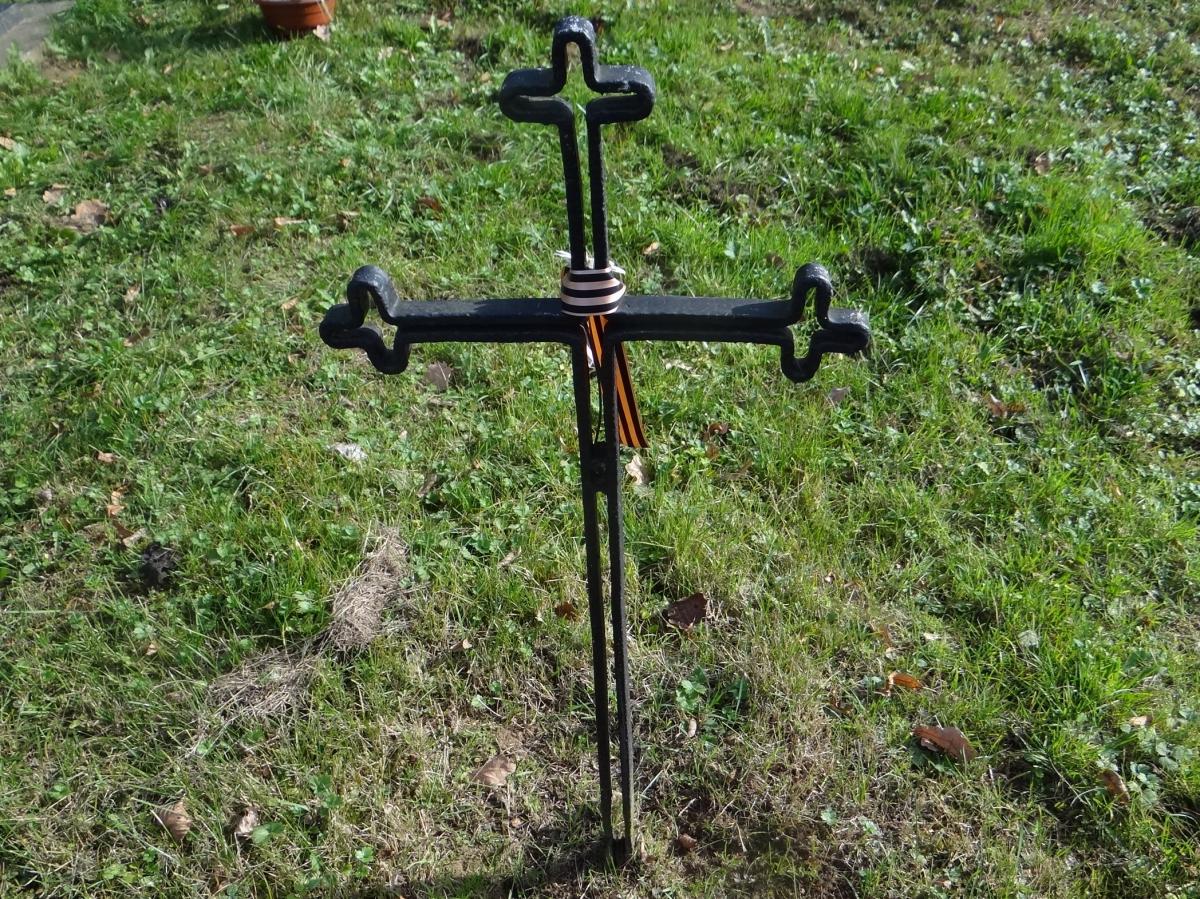