Light the virtual candle
gallery
Edit the description of the cemetery
add photos
number of votes 0
A beautiful cemetery
Return to the main page
War Cemetery No. 341 - Wola Nieszkowska-Wichras - cemetery from World War I, located in the village of Wola Nieszkowska in the Lesser Poland Voivodeship, in the Bochnia poviat, in the Bochnia commune. It is one of 400 Western-Galician war cemeteries built by the Cemetery Graves Division of the C. and K. Military Commanders in Krakow. Of this number, there are 46 cemeteries in the Bochnia district. [source: Wikipedia, 2171519]
Position
It is located in the forest on the north-eastern slope of the Wichras hill (also Wichra┼╝) in the southern part of the village of Wola Nieszkowska. A forest road from Wola Nieszkowska or Leszczyna leads impassable to passenger cars. On some maps there is a wrong sign and this cemetery is described as cemetery No. 340. [source: Wikipedia, 2171519]
History
The soldiers of the Russian and Austro-Hungarian armies who died in the surrounding fields at the beginning of December 1914 during the Limanowa-Pawanski operation were buried here together in one cemetery. On December 7, the Russians occupied the hills west of Stradomka in Sobol├│w, Gierczyce and Nieprze┼ønia . Attacking from the side of ┼üapanowo and the Stradomka valley, the Austrian army captured it for several days. After a few days of extremely fierce battles, the Austrians won Russian positions on the hills in Buczyn, Grabina, Stradomka, Sobol├│w, Chrostowa, Kamyk, Wola Nieszkowska and Nieprze┼ønia, displacing them from these towns
Description of the cemetery
It is a cemetery built on a rectangular plan, to which a second, adjacent, much smaller rectangle was added. The cemetery fence is partly made of a stone wall, partly of iron railings. The wall consists of masonry made of stone, quite tall, massive pillars, between which there is a low wall with the same stones. Two thick iron pipes are mounted above the wall. The wall and pillars are covered with a concrete window sill. Entrance to the cemetery leads through a brick gate. The pillars arranged in rows, and on them on concrete pedestals, 4 types of crosses were mounted: * large, cast-iron and openwork (Latin and Lorraine) * smaller, made of flat iron rods (also Latin and Lorraine). [source: Wikipedia, 2171519]
The fate of the cemetery
The first burials were made by local residents. Soldiers, however, were buried in shallow and random places. This made it difficult to cultivate the land, and in the spring there was also the possibility of an epidemic
gallery
⮜⮿⮞
•••
Wikipedia, Cultural heritage monuments in Poland with known IDs, Self-published work, World War I Cemetery nr 340 in Wola Nieszkowska 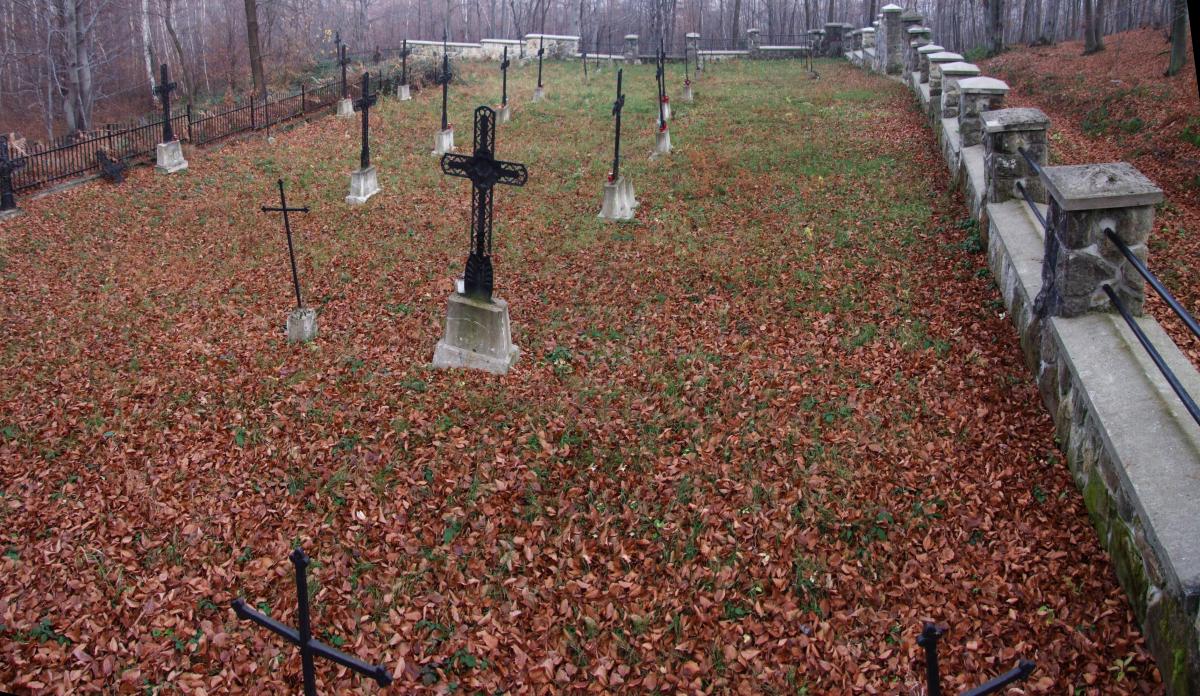 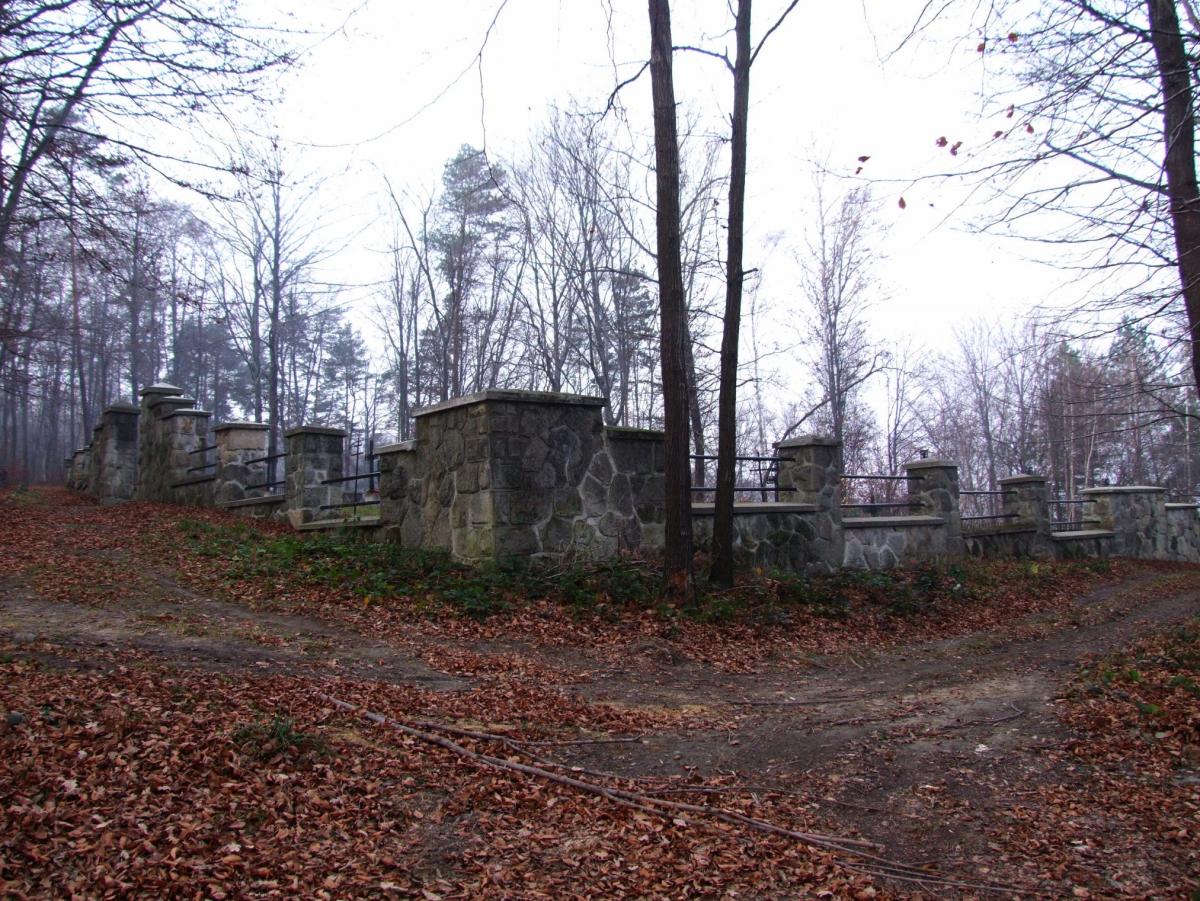 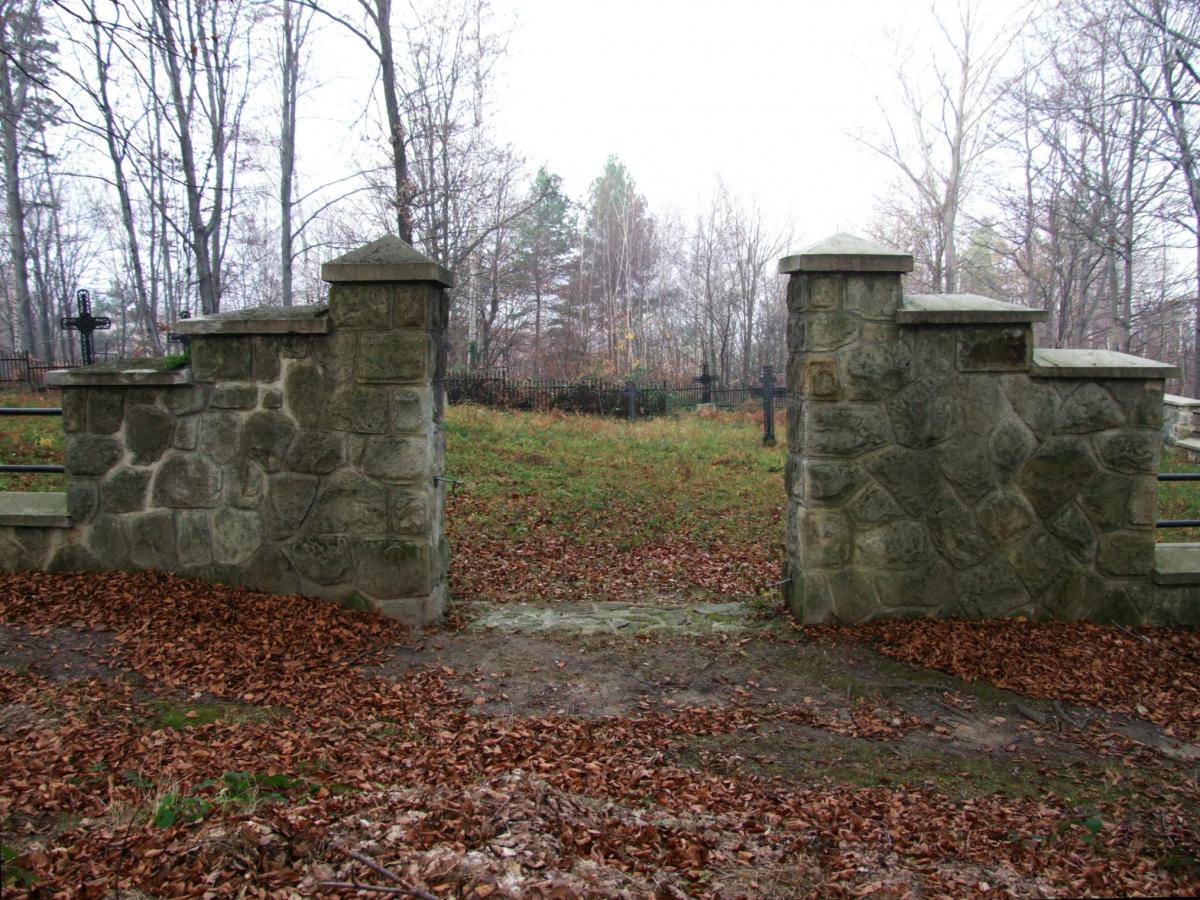 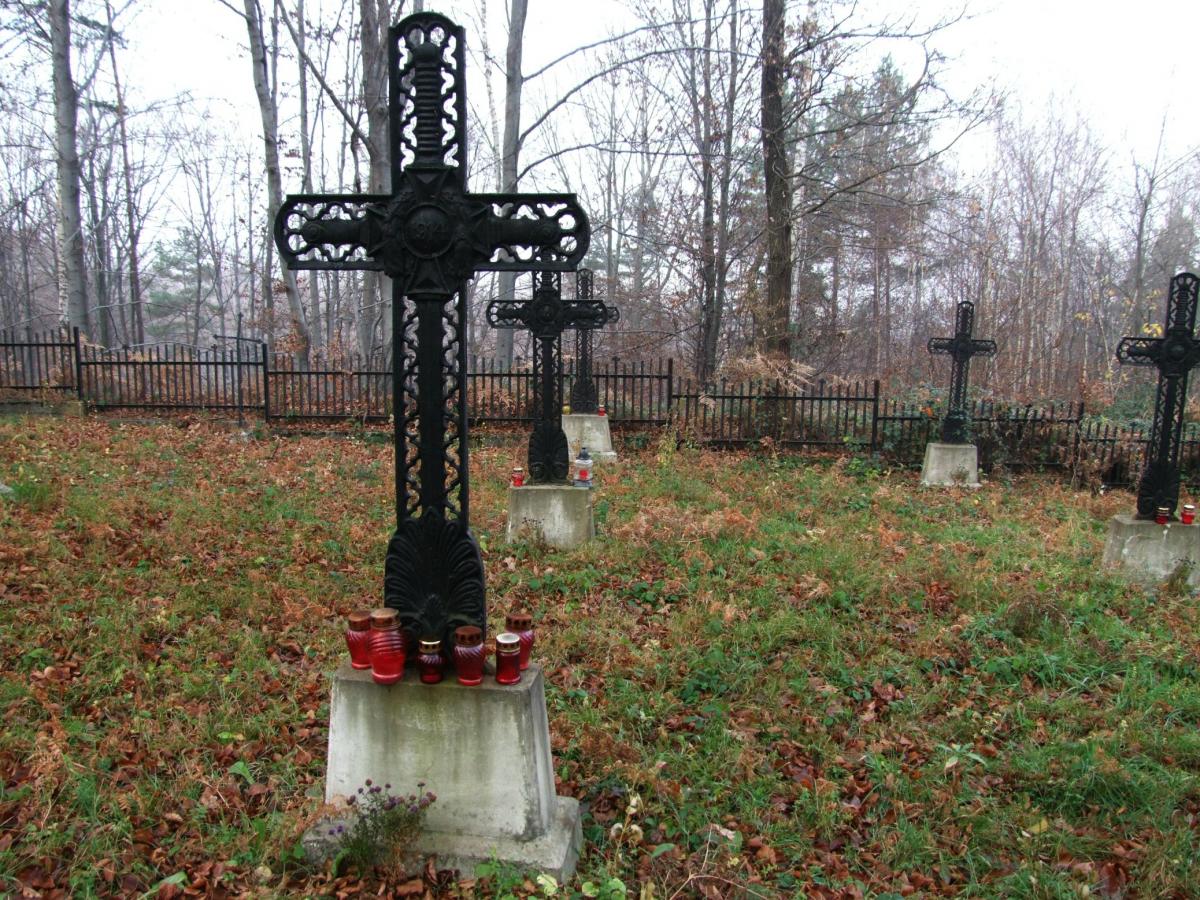 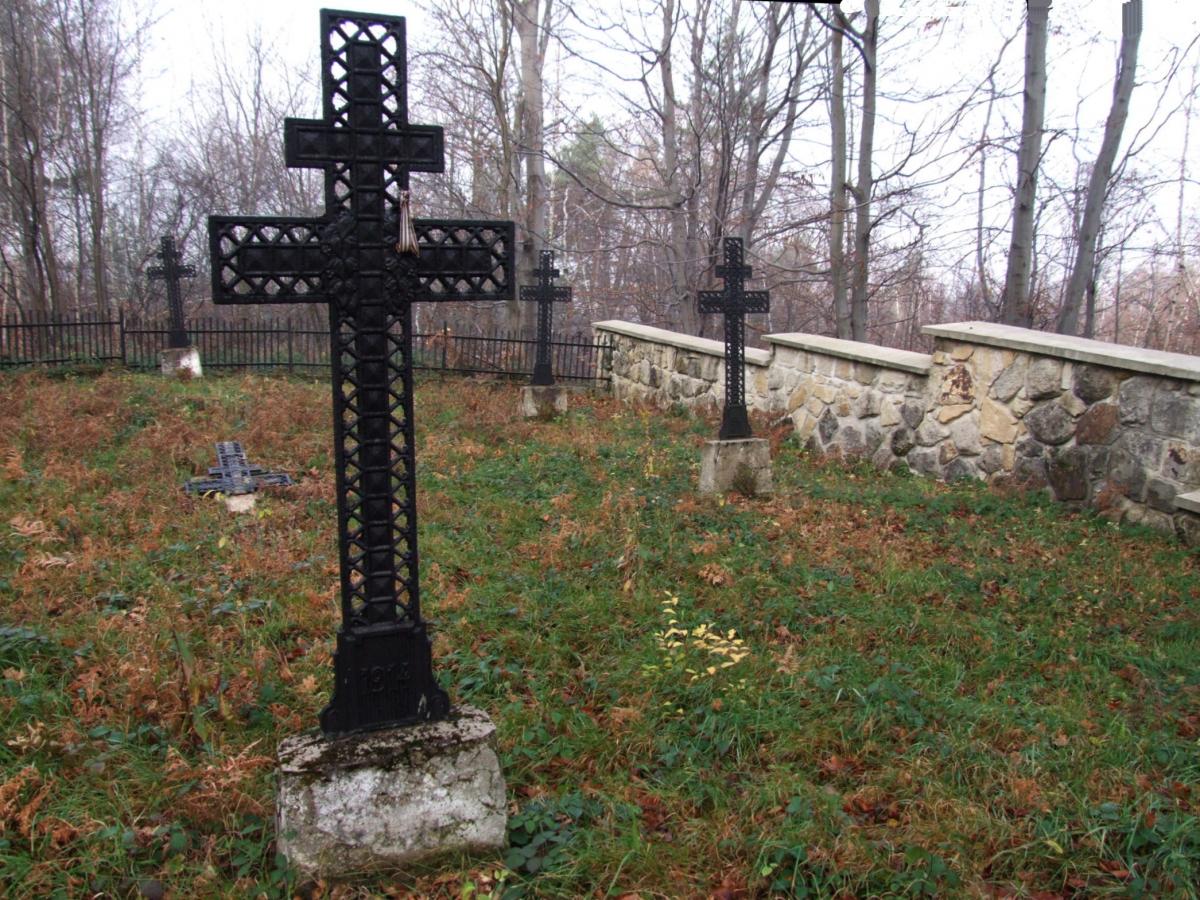 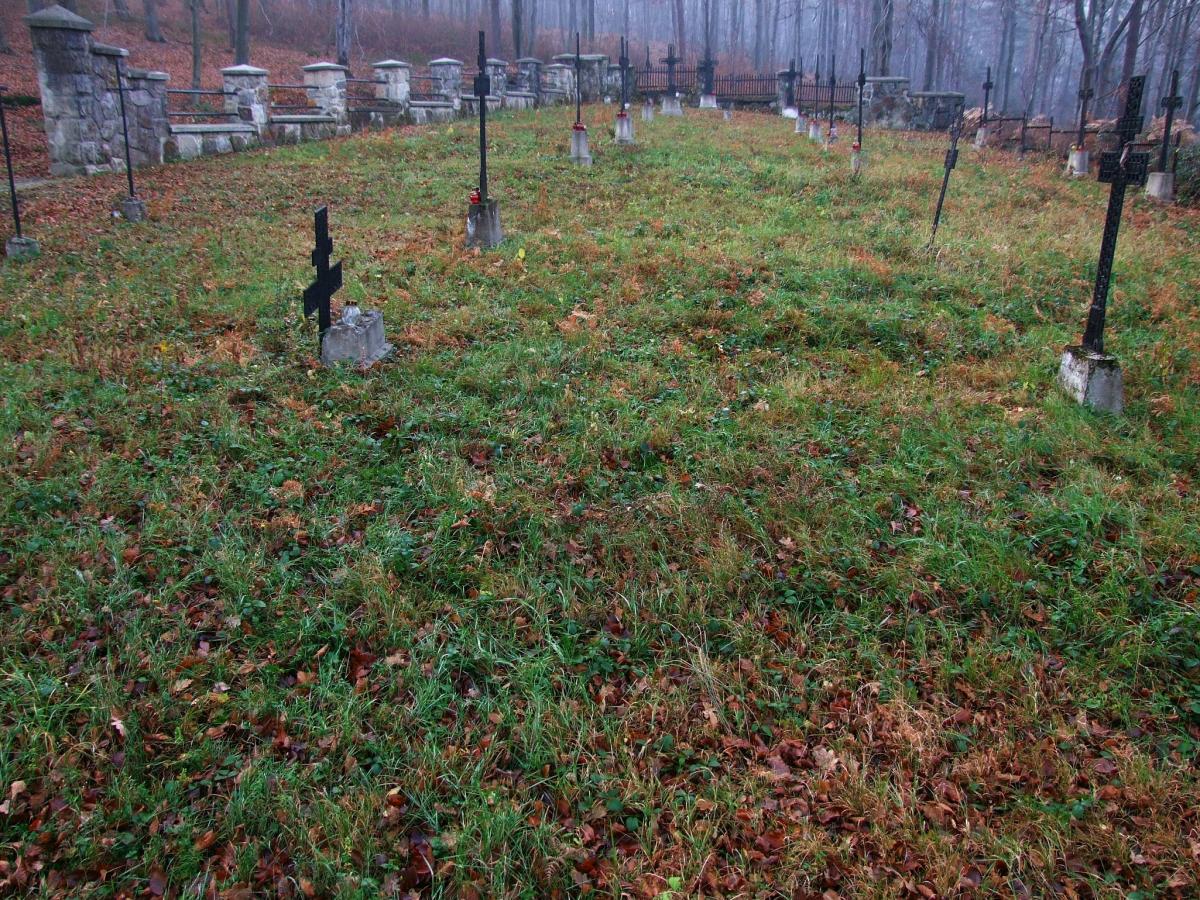 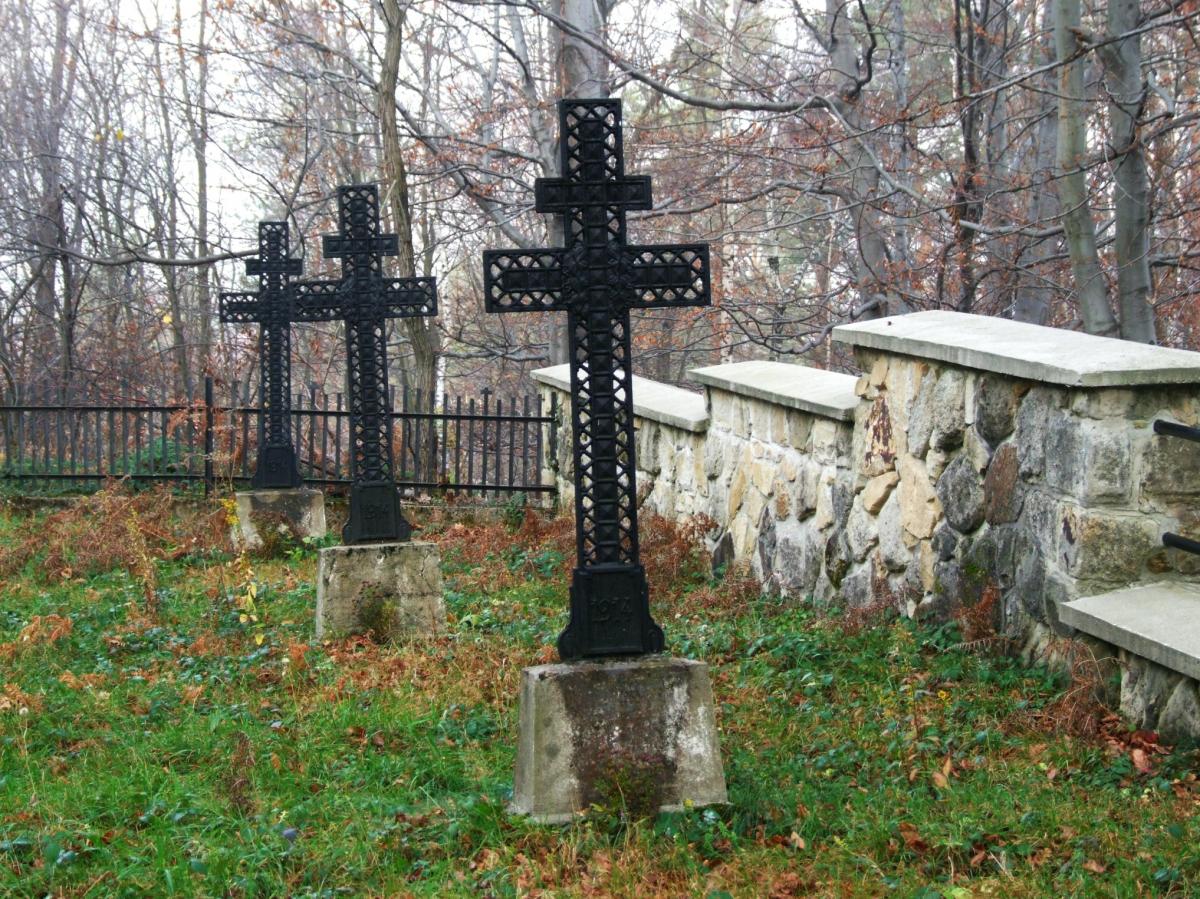 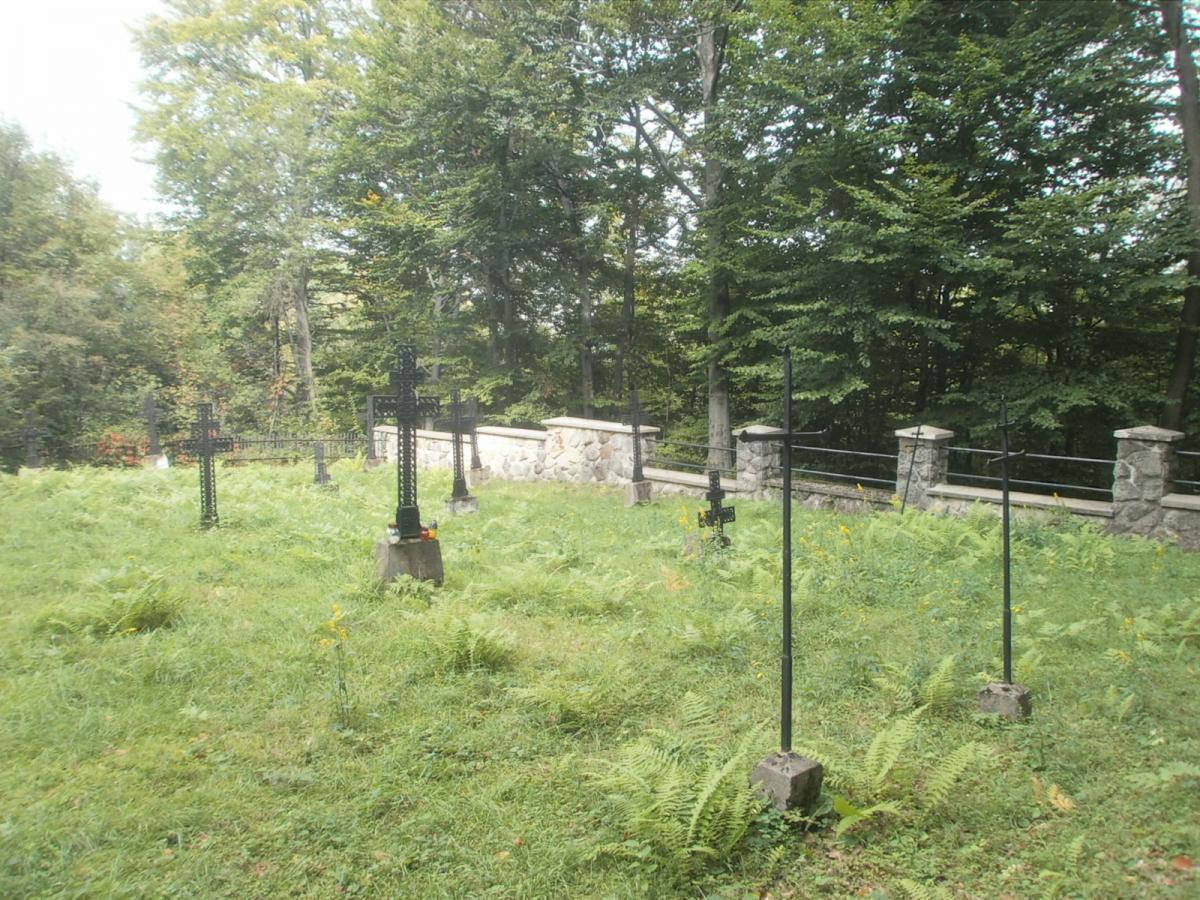 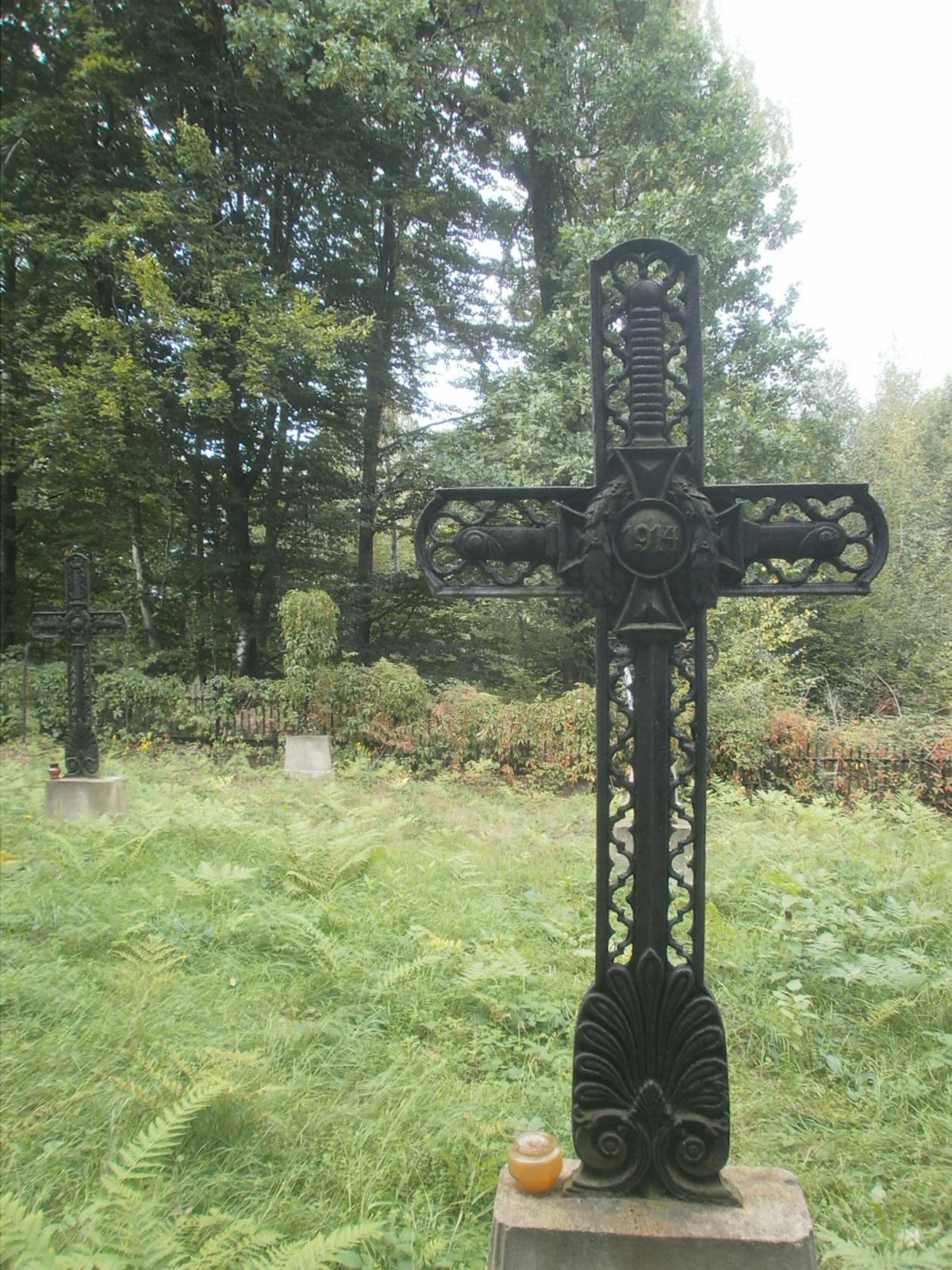 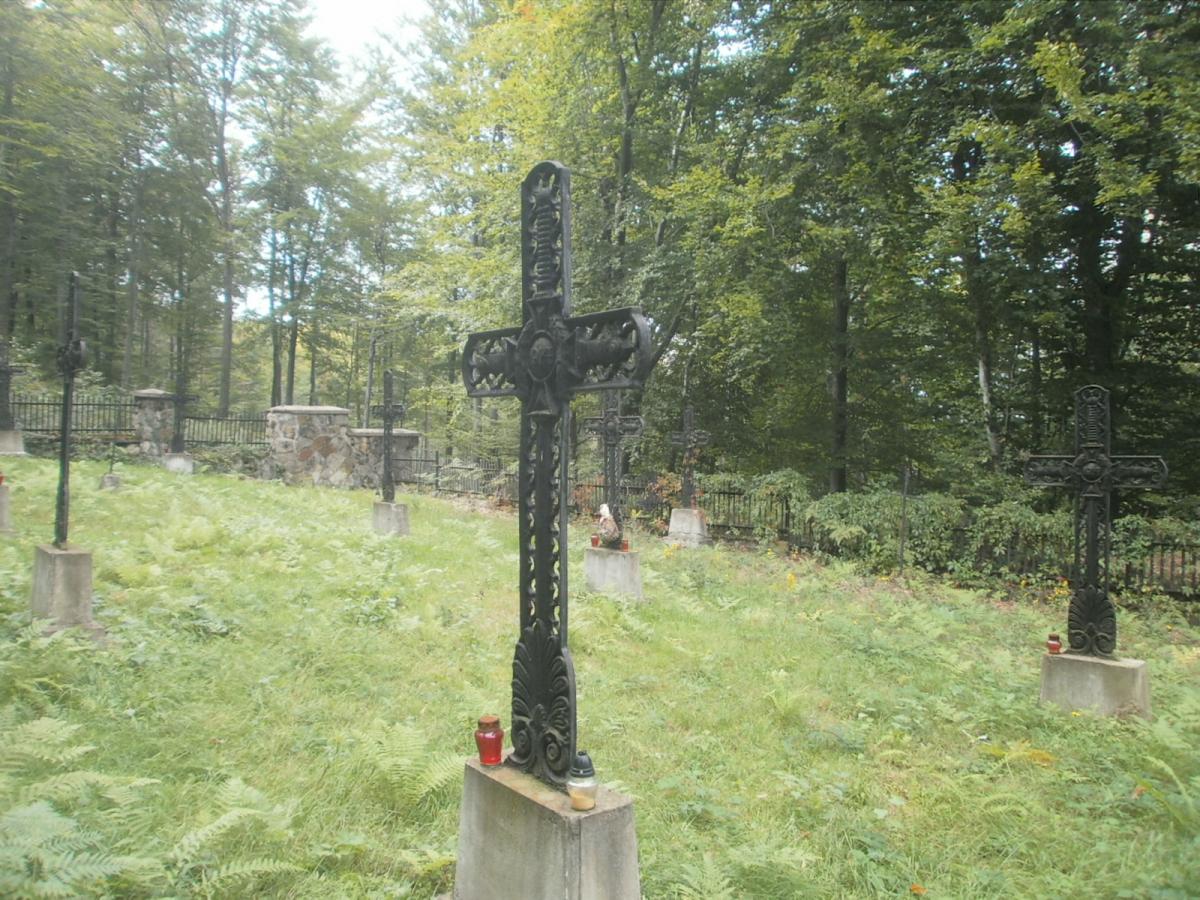