Light the virtual candle
gallery
Edit the description of the cemetery
add photos
number of votes 0
A beautiful cemetery
Return to the main page
War Cemetery No. 354 - Sienna - a war cemetery from the First World War in Sienna, in the commune of GrĂłdek nad Dunajcem, in the Nowy SÄ…cz poviat in the MaĹ‚opolska province. It belongs to the X (Limanowa) Circle of the Cemetery Graves C and K. Commandant's Office in Krakow. It is one of 400 cemeteries of this branch, of which there are 36 in the Limanowa region . [source: Wikipedia, 3128108]
History
Three soldiers of the Austrian army were buried here, who died in November or December 1914 during the First World War. Two soldiers are known by their names. The cemetery was located in the nearby town of Zbyszyce, but in 1942 it was moved here in connection with the construction of a water dam in RoĹĽnĂłw (it was located in the area that was later flooded by the waters of RoĹĽnowskie Lake
Description of the cemetery
The war cemetery in Sienna is located in the parish cemetery and constitutes a separate quarters in its upper, north-west corner. It is located on the slope above the parish church, at an altitude of about 342 m . It is a small cemetery on a rectangular plan, surrounded by a concrete foundation and a fence made of simple concrete pillars connected with iron pipes. Entrance through a small iron gate. Inside the fence there is a large concrete cross of the Austrian type (one-armed), on the front side of which a cast-iron, openwork cross, also of the Austrian type, is mounted. On the concrete pedestal of this cross there is a plaque with the inscription: "Hi soldiers of World War I and II." Next to it, 2 small concrete steles with topped smaller Austrian cast iron crosses. [source: Wikipedia, 3128108]
gallery
⮜⮿⮞
Wikipedia, Self-published work, World War I Cemetery nr 354 in Sienna 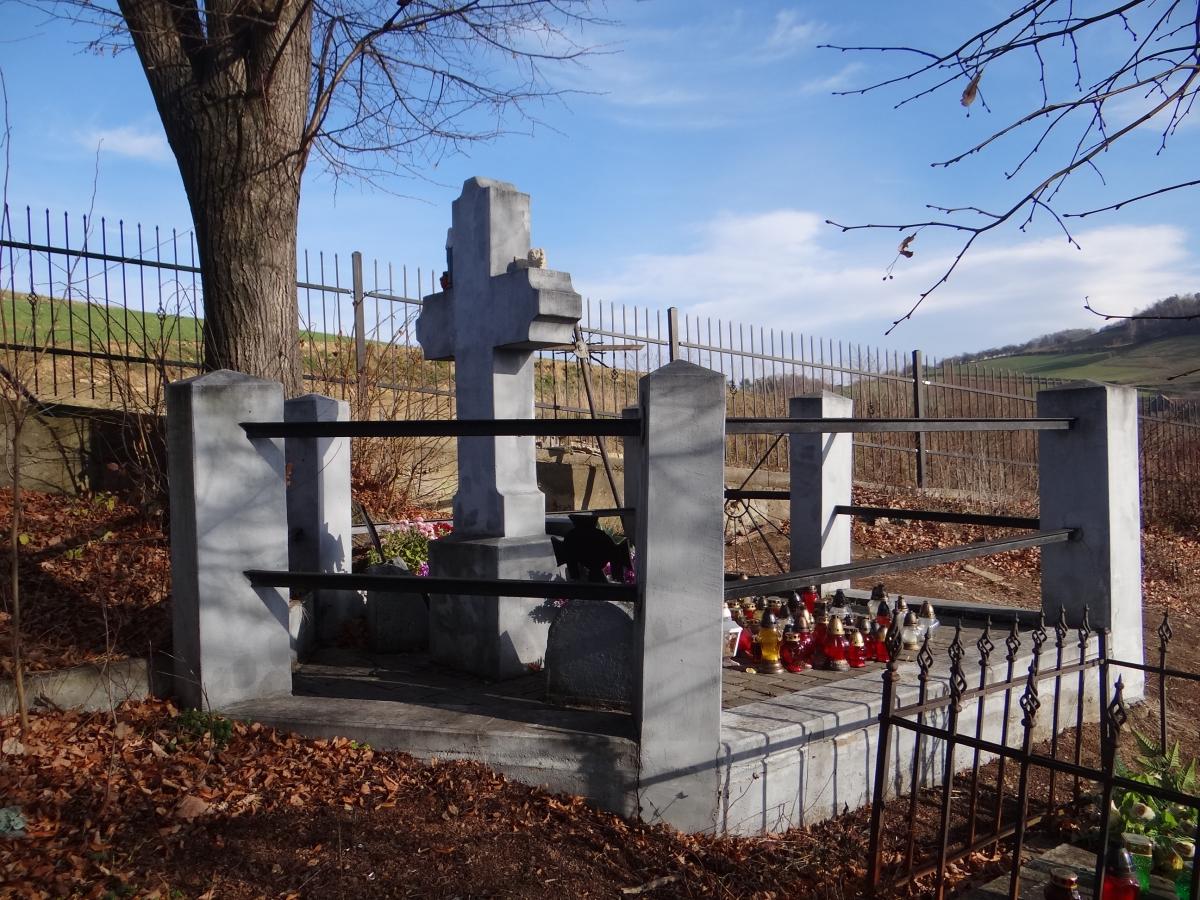 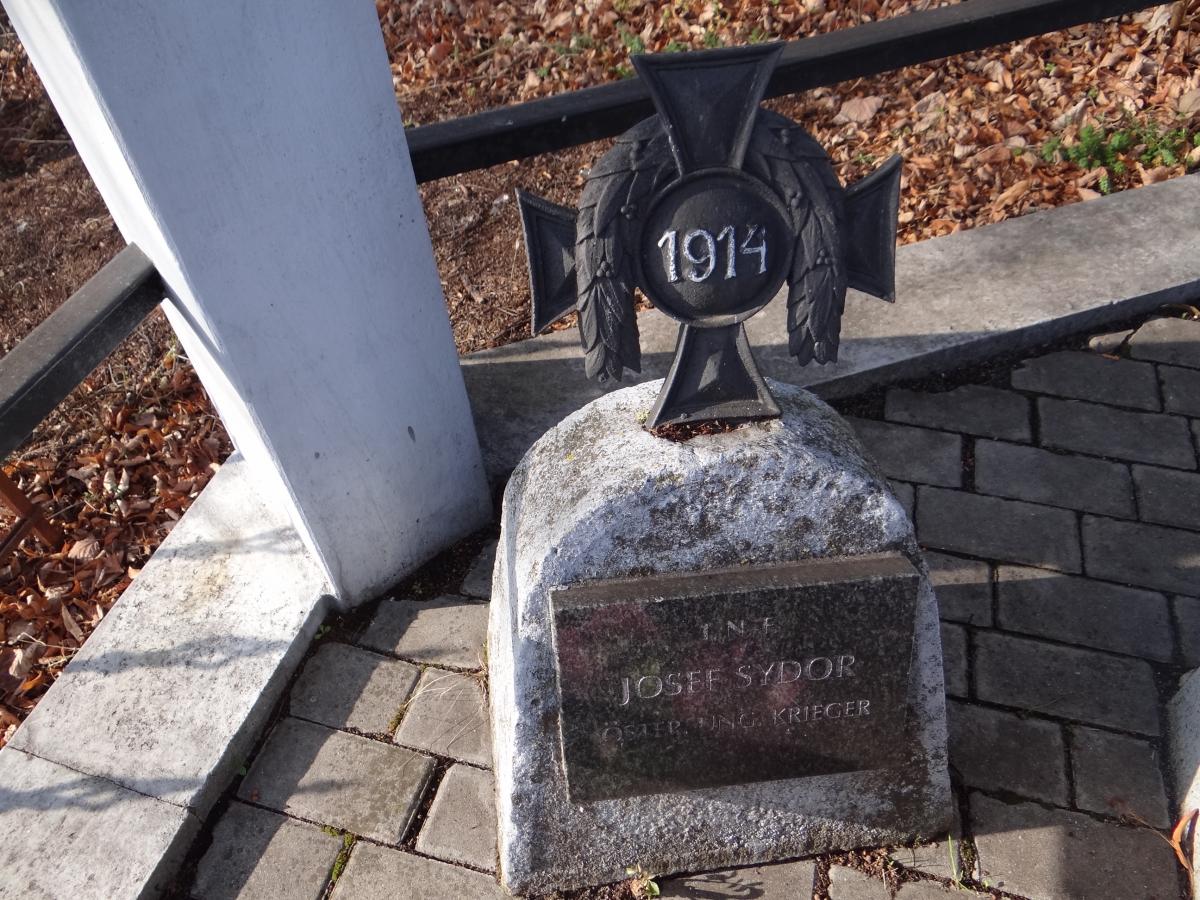 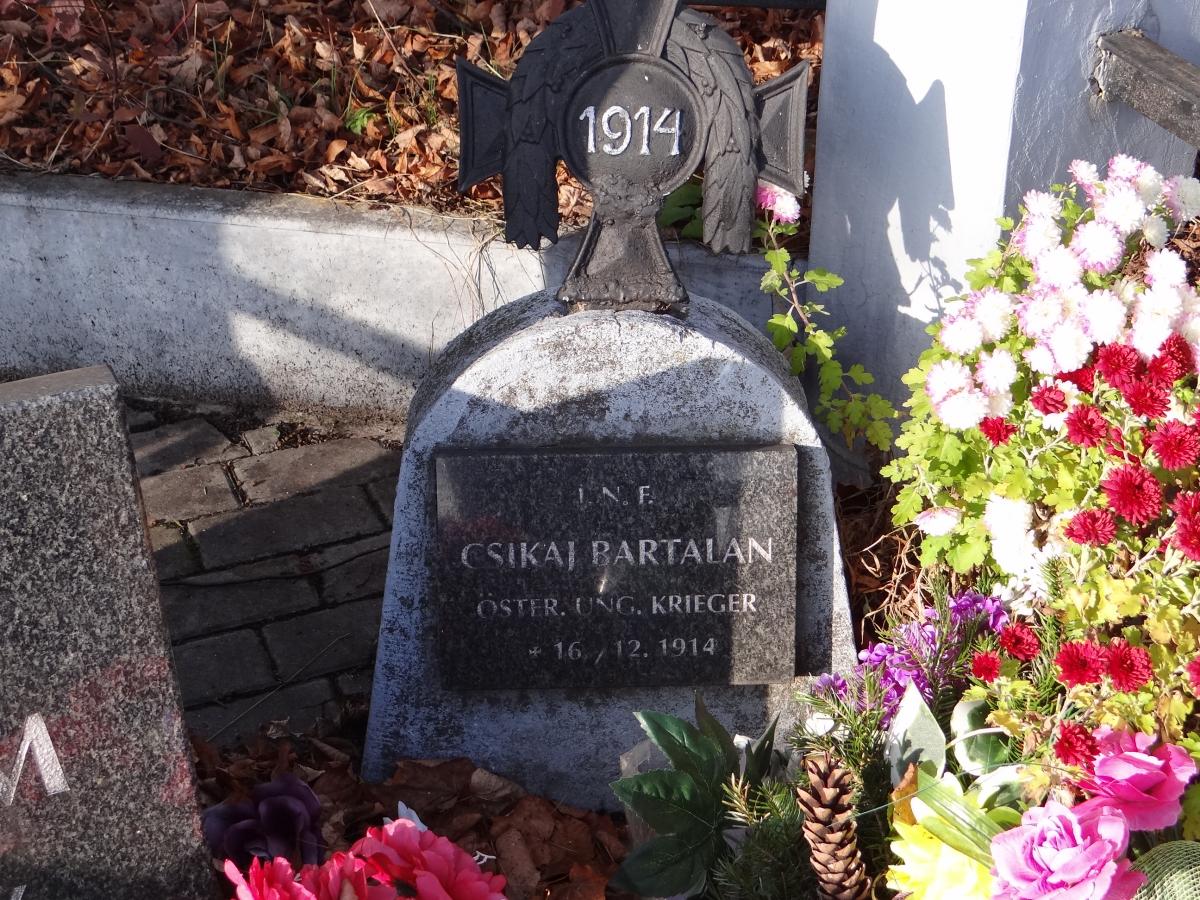 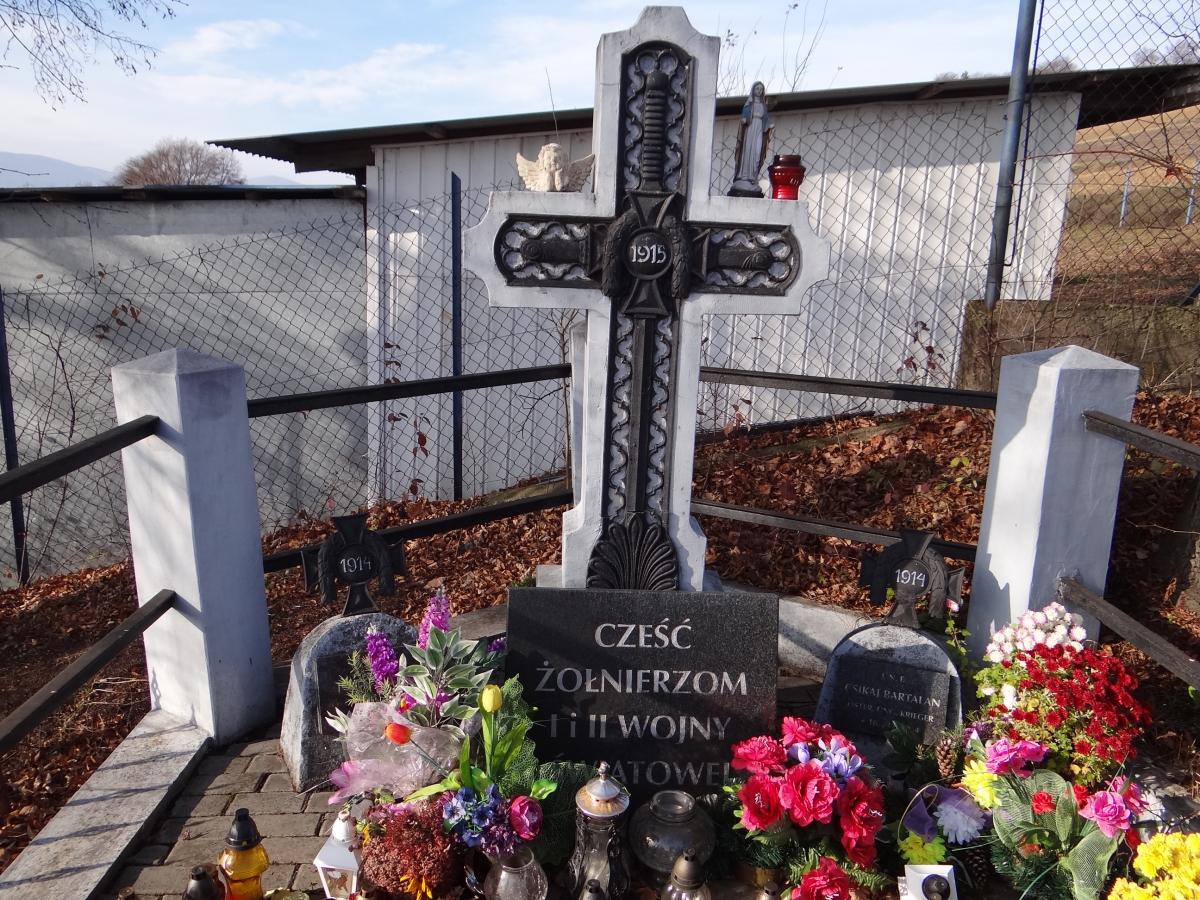 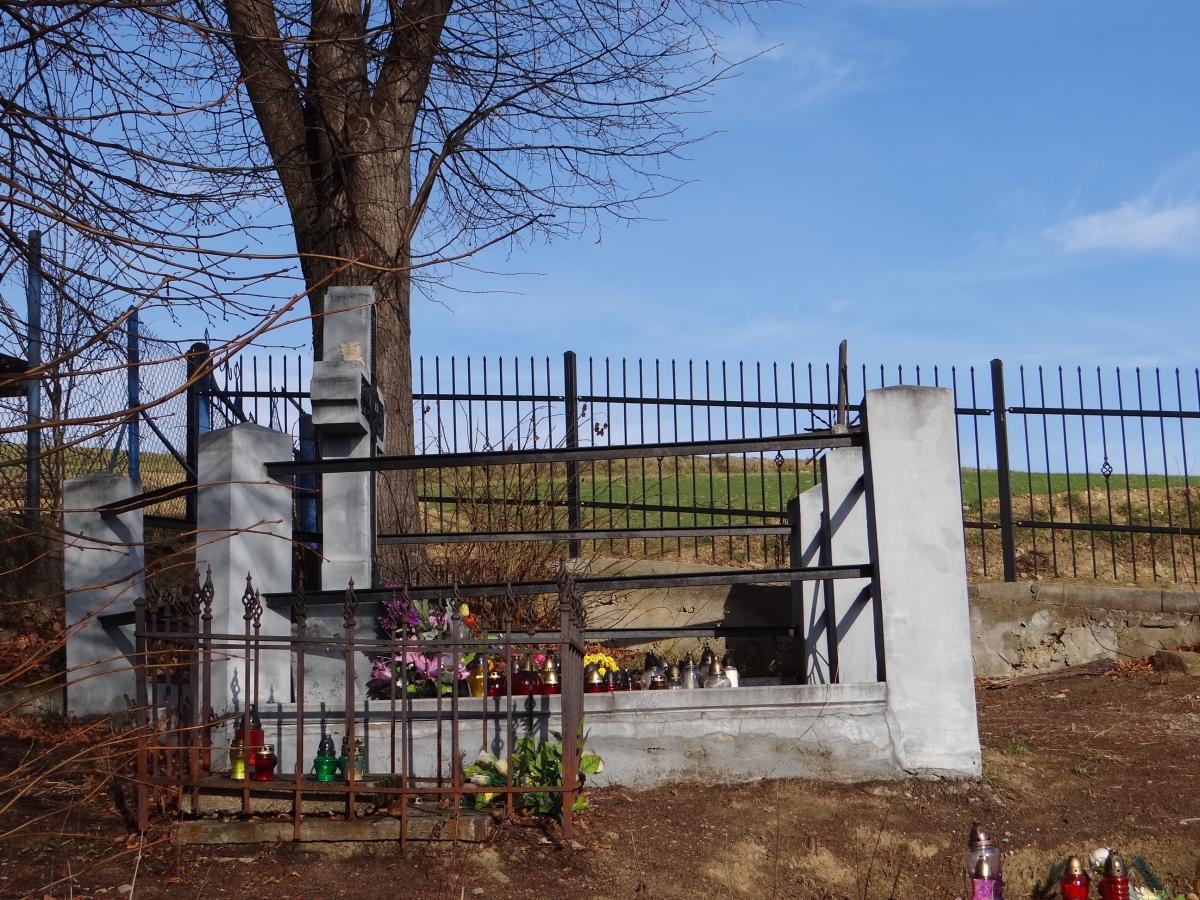