Light the virtual candle
gallery
Edit the description of the cemetery
add photos
number of votes 0
A beautiful cemetery
Return to the main page
War Cemetery No. 359 - Jaworzna - a war cemetery from the First World War, located in Jaworzna, in the municipality of Laskowa, in the Ma┼éopolska province. It is located on the ridge of Korabia on the northern slopes of the ┼üososi┼äski Range in the Island Beskid. It belongs to the X (Limanowa) Circle of the Cemetery Graves C and K. Commandant's Office in Krakow. It is one of 400 cemeteries of this branch, of which there are 36 in the Limanowa region. [source: Wikipedia, 2042128]
History
33 soldiers were buried there, who died in this area at the beginning of December 1914 during the battle fought by the Austro-Hungarian troops. According to the stories of the local people, it was a coincidence that the fight was withdrawn when a troop of Russian soldiers retreating from Limanowa came across a branch of Austrian soldiers. The names of the buried are unknown. It was one of many very fierce battles as part of the Luckan-Limanow operations. This operation ended with the victory of the Austrian troops, which stopped the Russian offensive towards Krakow and Silesia. Similarly to other cemeteries in Galicia during the First World War, it was made during the war. It came to this in 1915, immediately after the victory of the Russian army farther east as a result of the Battle of Gorlice, victorious for the Austrians. The cemetery was renovated. [source: Wikipedia, 2042128]
Description of the cemetery
The designer of the cemetery was Gustav Ludvig. It is a small cemetery on a square plan, located on the edge of the forest, at an altitude of about 700 m above sea level. It is modest in form, but designed aesthetically and carefully made. The fence consists of low and thick concrete pillars connected with thick iron pipes. A low fence made of wooden railings was installed on these pipes. The entrance leads through a low wooden goal. There is a large wooden cross on the cemetery, and on both sides there are 4 smaller grave crosses covered with a roof. All crosses are mounted on concrete plinths. Under the cemetery there is a large clearing, from which wide views extend, covering a large part of the horizon. A tourist trail leads along the clearing next to the cemetery. For tourists, the shelter and benches were mounted on the upper part of the clearing. [source: Wikipedia, 2042128]
Tourist routes
: - black hiking and cycling trail from Laskowa to Sa┼éasz Zachodni, where it connects with the blue trail leading across the ridge of the ┼üososi┼äski Range. [source: Wikipedia, 2042128]
gallery
⮜⮿⮞
Wikipedia, Cemetery fences, Picket fences in Poland, Self-published work, World War I Cemetery nr 359 in Jaworzna 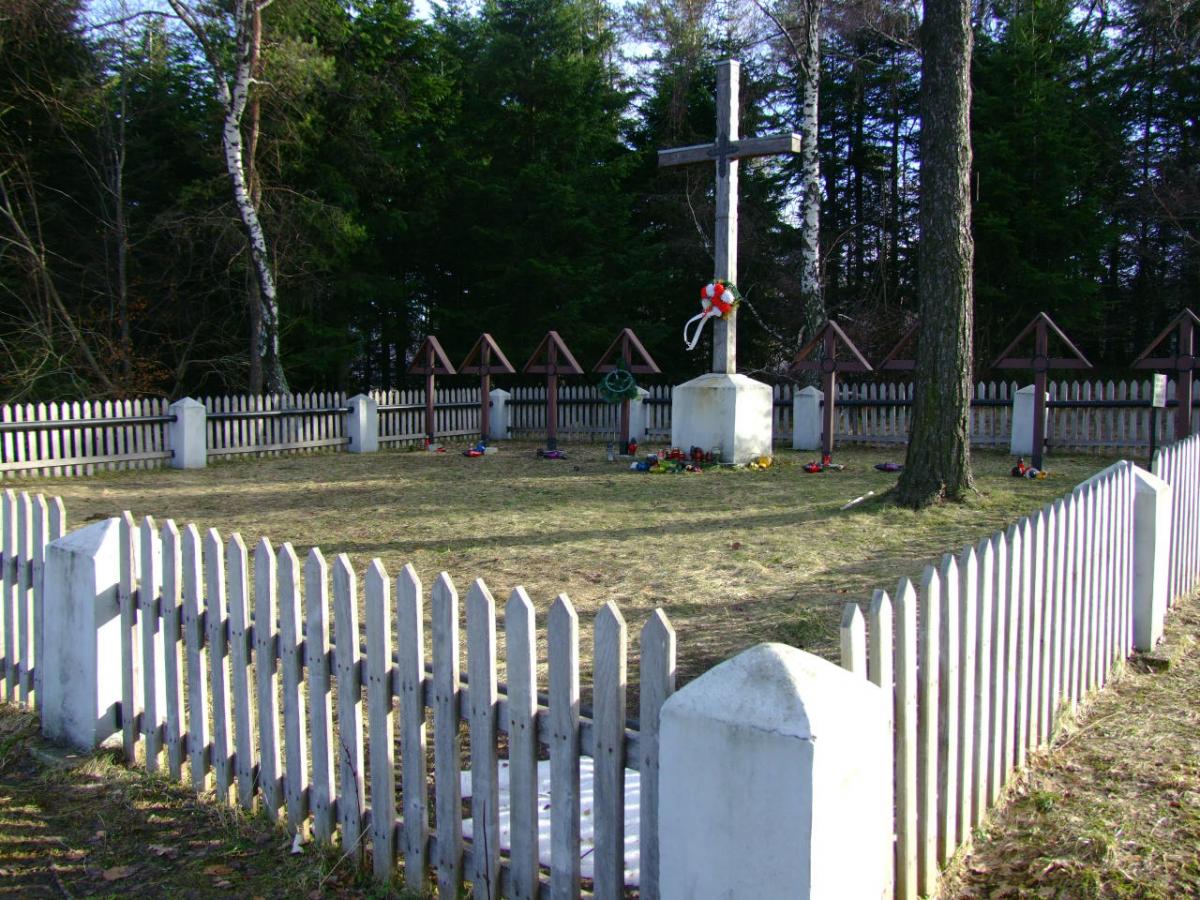 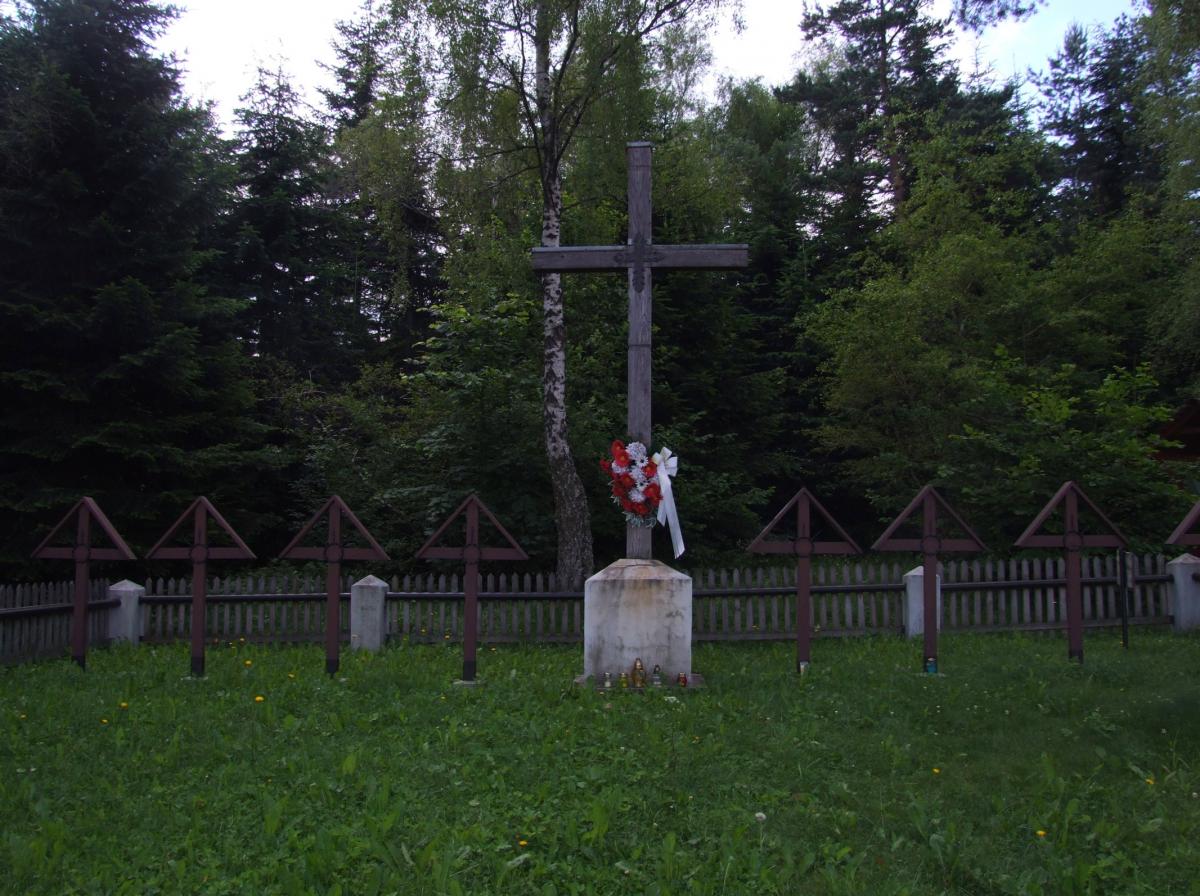 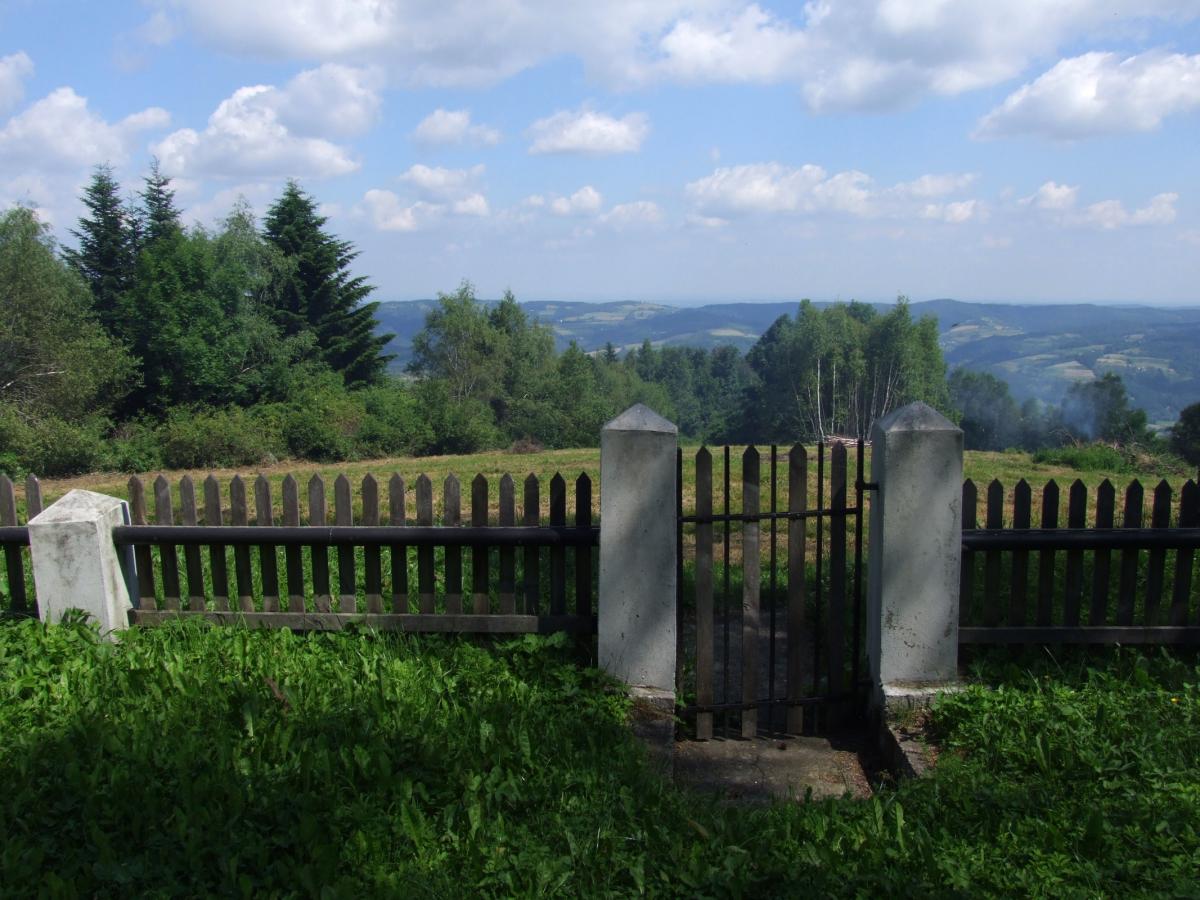 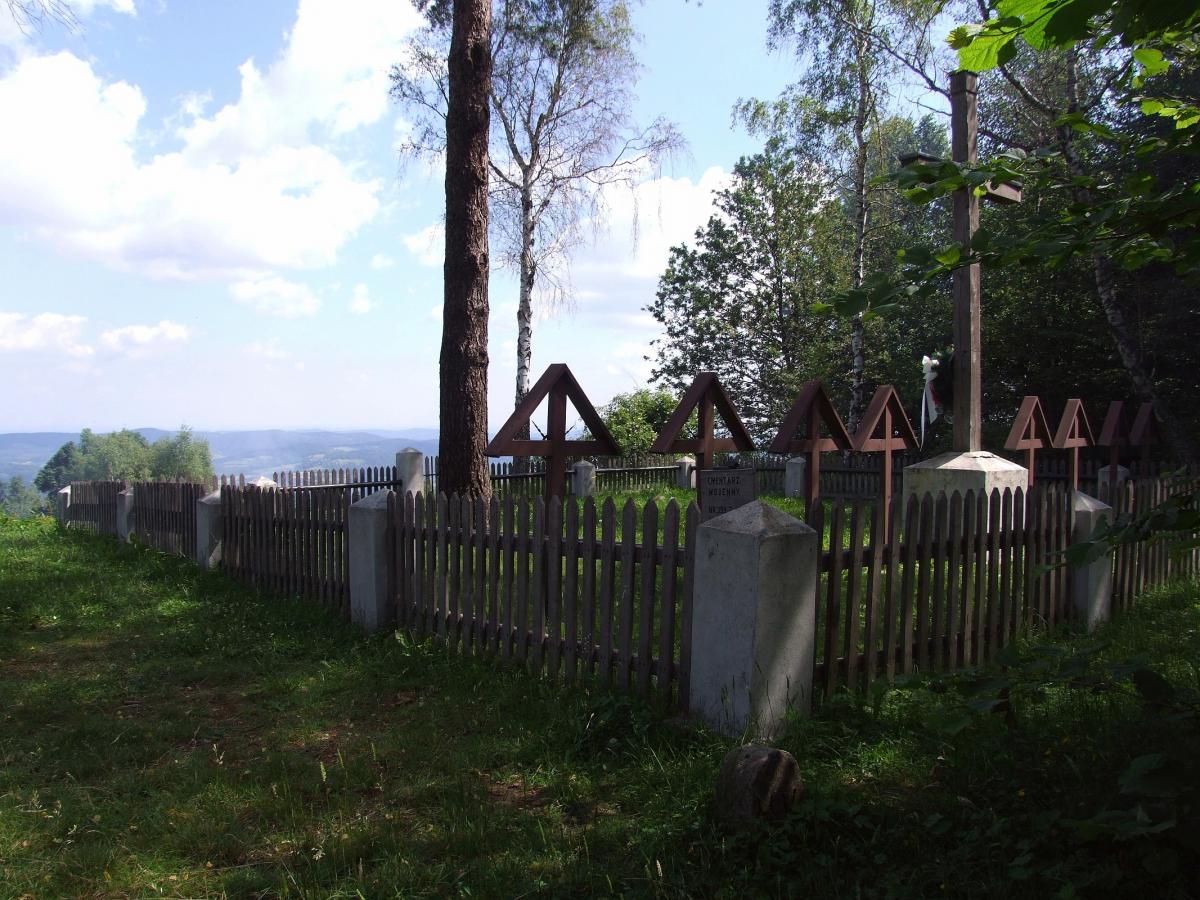 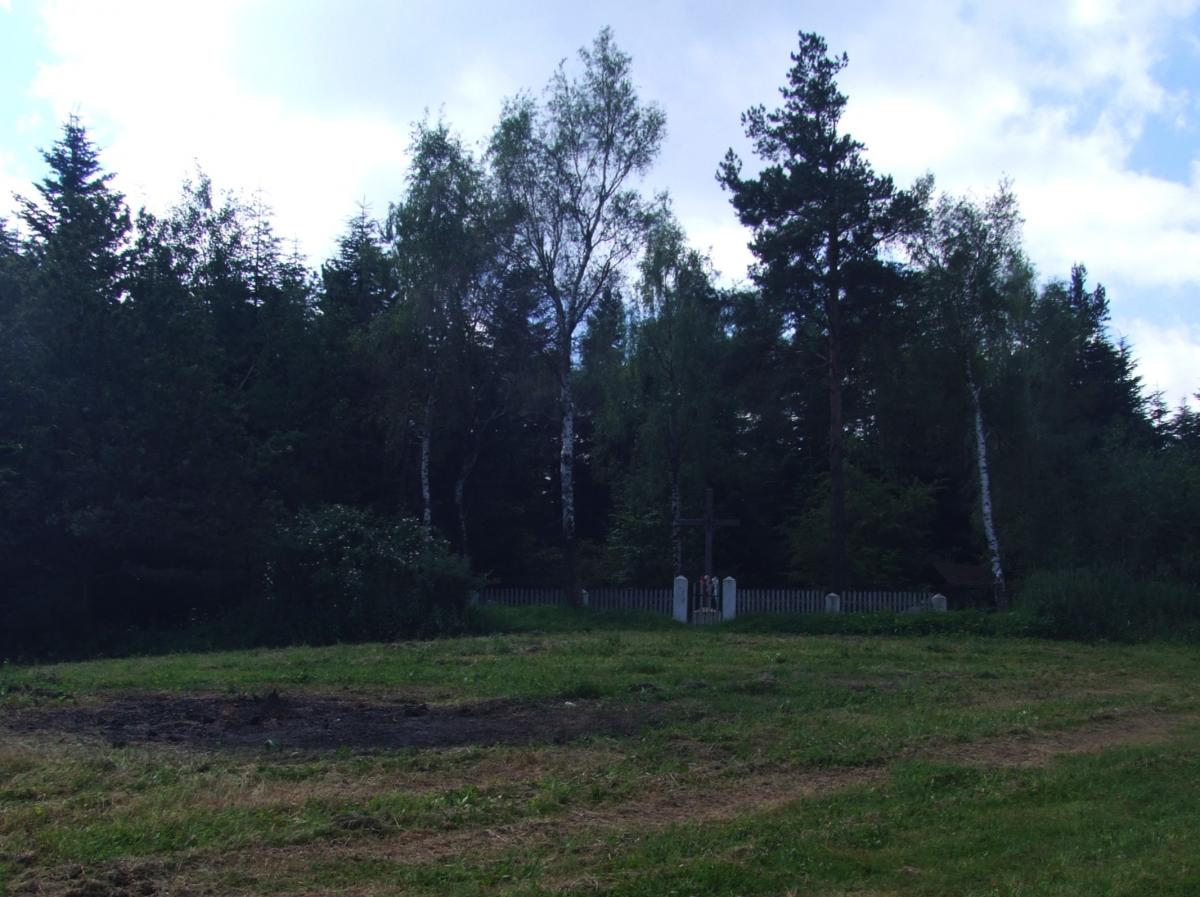