Light the virtual candle
gallery
Edit the description of the cemetery
add photos
number of votes 0
A beautiful cemetery
Return to the main page
War Cemetery No. 363 Mszana Dolna - a war cemetery from the First World War in the city of Mszana Dolna, in the Lesser Poland Voivodeship, in the Limanowa Poviat. It belongs to the X (Limanowa) Circle of the Cemetery Graves C and K. Commandant's Office in Krakow. It is one of 400 cemeteries of this branch, of which there are 36 in the Limanowa region. [source: Wikipedia, 2434420]
Description of the cemetery
It was designed by the Austrian architect Gustaw Ludwig and made as a separate accommodation in the upper corner of the parish cemetery in Mszana Dolna. The fence is a stone wall. Two large concrete crosses were put into it with cast iron crosses. One of these crosses is a one-armed Latin cross, the other is a two-armed Lorraine cross. Entry through a metal one-sided gate with a stylized cross. Through the middle of the cemetery, to an single-armed cross, an alley lined with cobblestones runs, part of it occupies the gravestone of Polish legionaries from 1914. The remaining tombstones were placed in the corners of the cemetery. These are concrete steles with cast-iron crosses. There are five types: * with angled corners with a Maltese cross and a laurel wreath, * a triangular peak with a Maltese cross and a laurel wreath, * a triangular top with a Larinine and a laurel wreath, * a round top with a Maltese cross and a wreath of oak leaves , * with a round peak with a Lorraine cross, Below the crosses on the steles, there are plates with the names of the buried soldiers. In addition, in the cemetery there are two gravestones of soldiers of the Polish Army from 1939. They have the form of earth graves, at the top of which Latin crosses and a stone slab with the inscription and emblem of the Order of the Grunwald Cross were mounted. [source: Wikipedia, 2434420]
the fallen
In 32 individual and two collective graves, 32 soldiers were killed during the First World War, including: * 20 soldiers of the Austro-Hungarian army, * 2 soldiers of the German army, * 10 soldiers of the Russian army. In addition, a Polish legionnaire from 1914 and five Polish soldiers killed in September 1939 were buried. 33 soldiers were identified, 5 were unidentified (2 from the Austro-Hungarian army and 3 from the Russian army).
gallery
⮜⮿⮞
••
Wikipedia, Self-published work, World War I cemetery nr 363 in Mszana Dolna 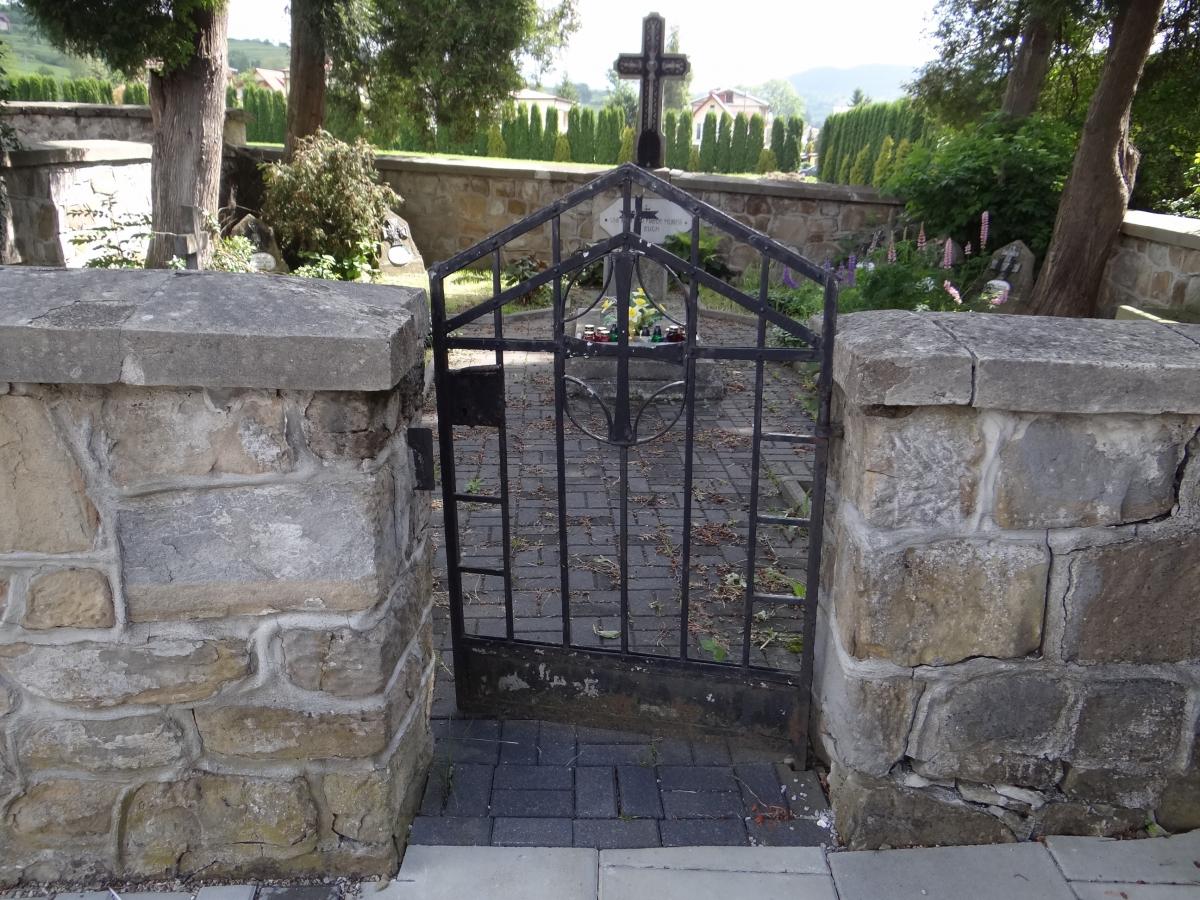 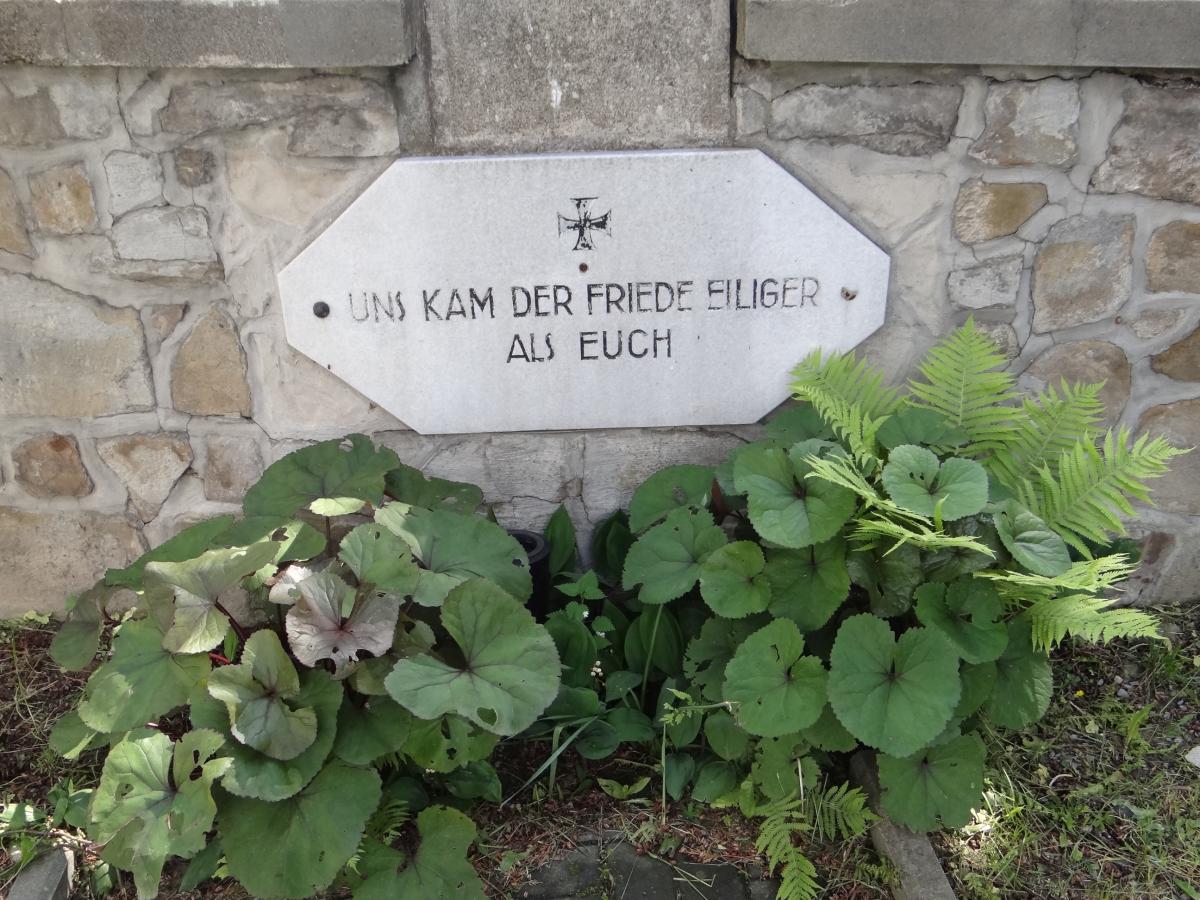 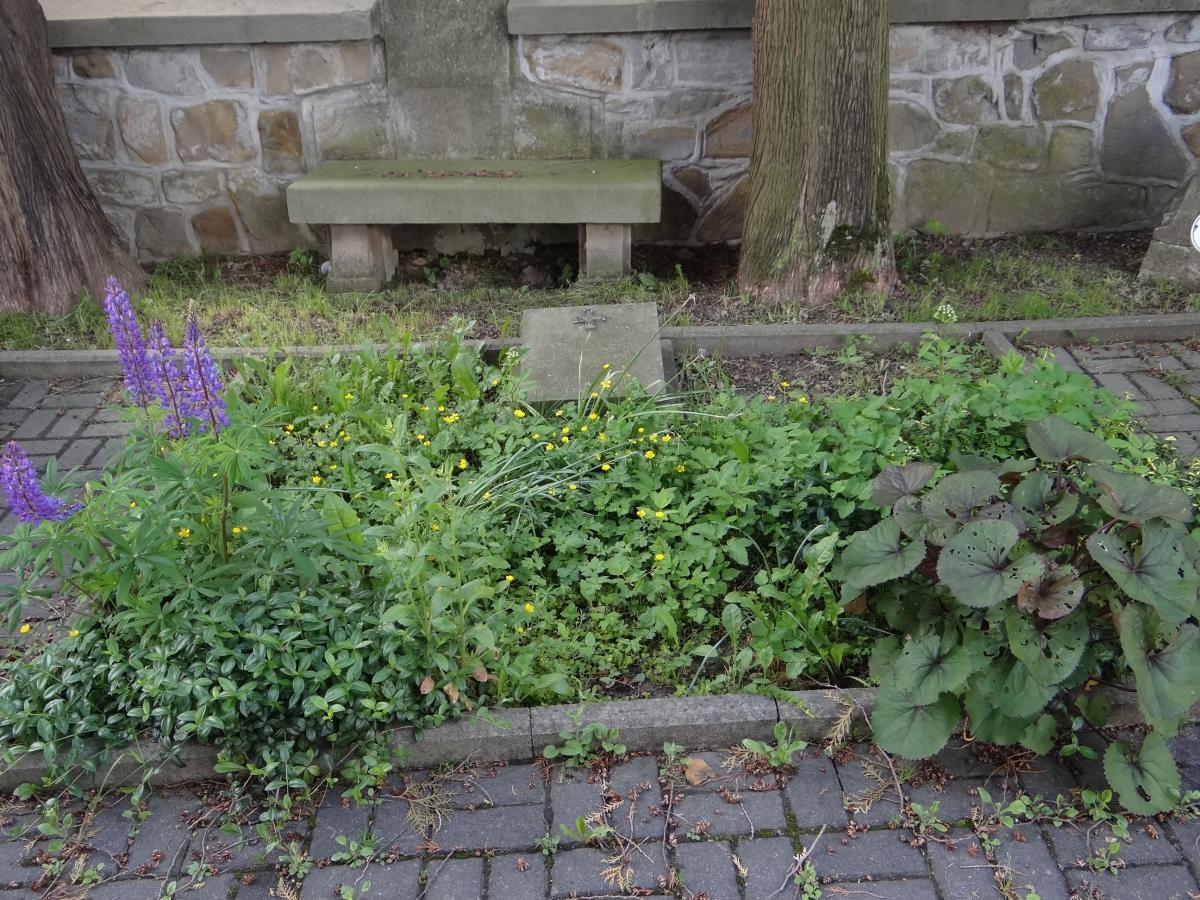 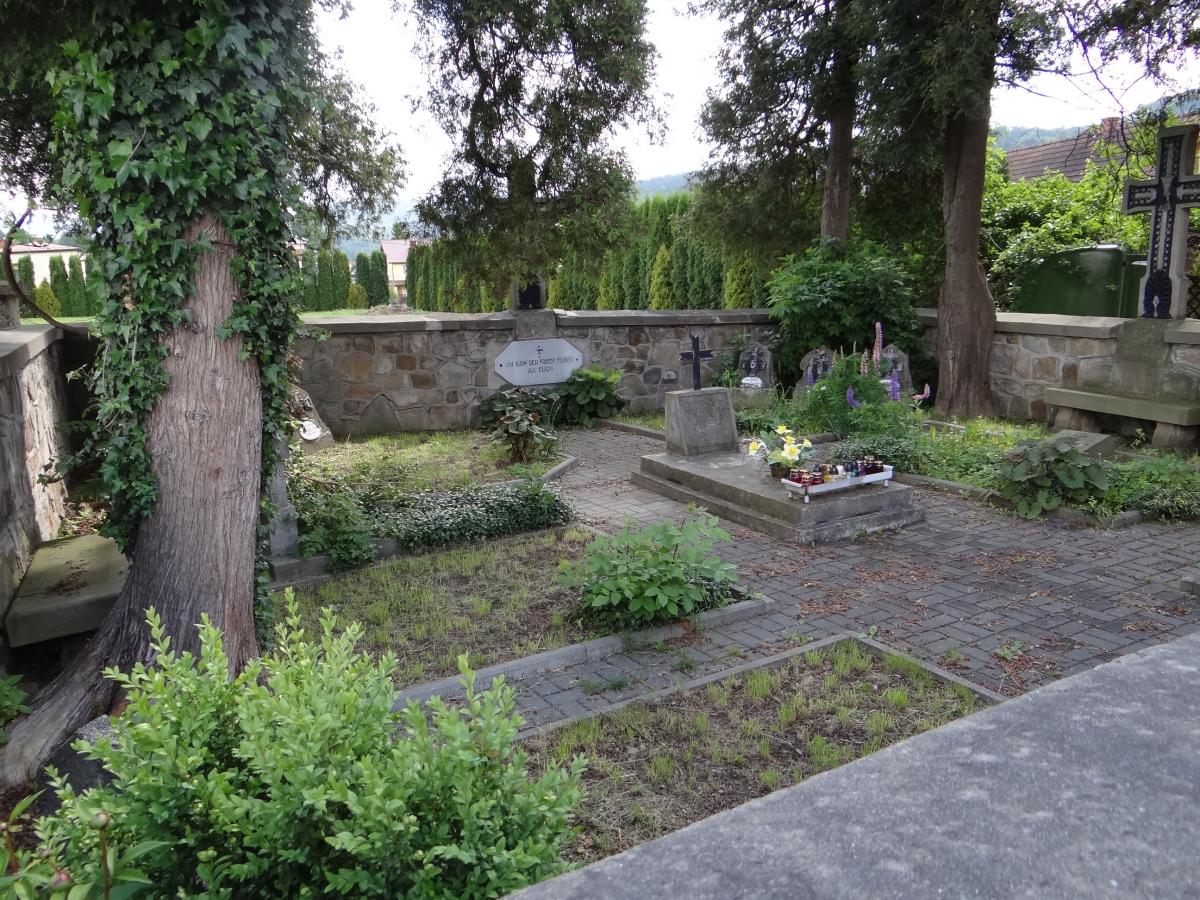 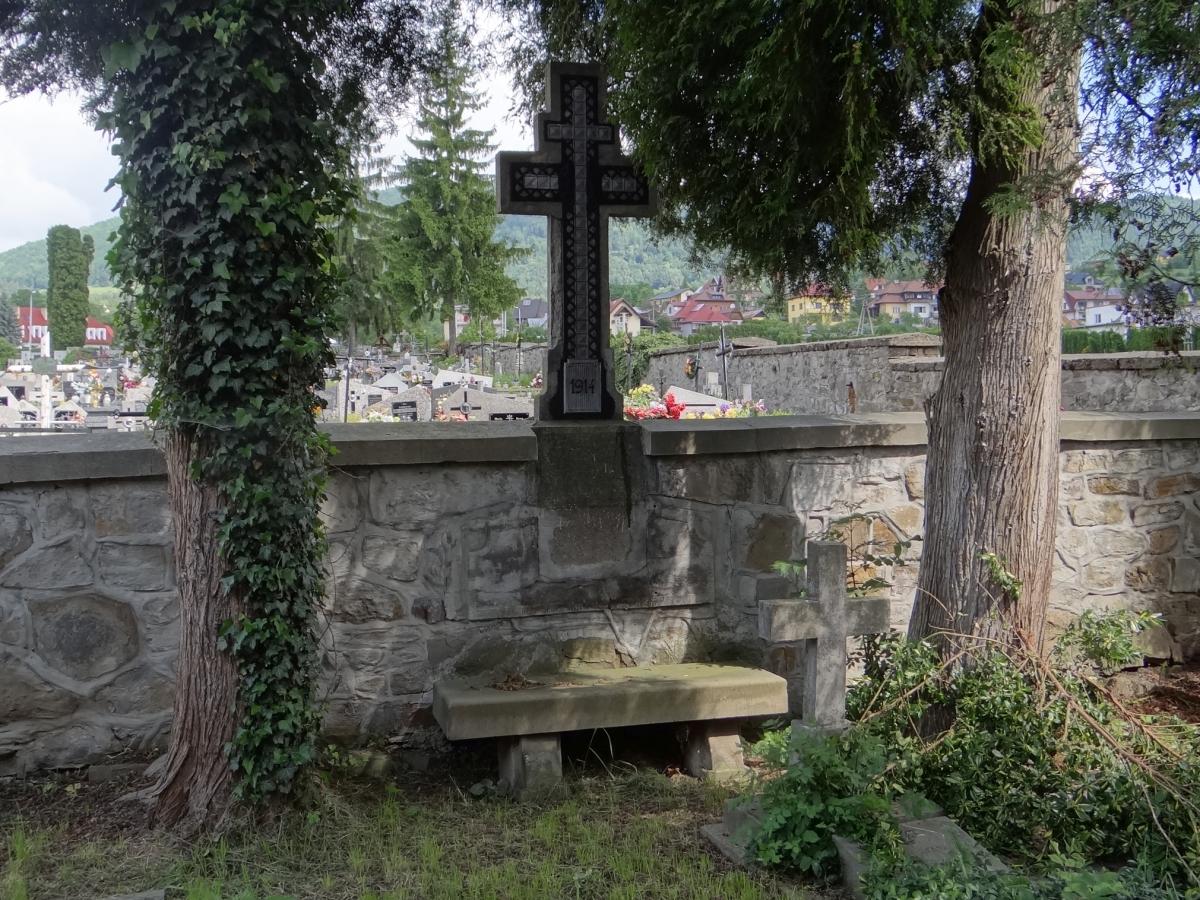 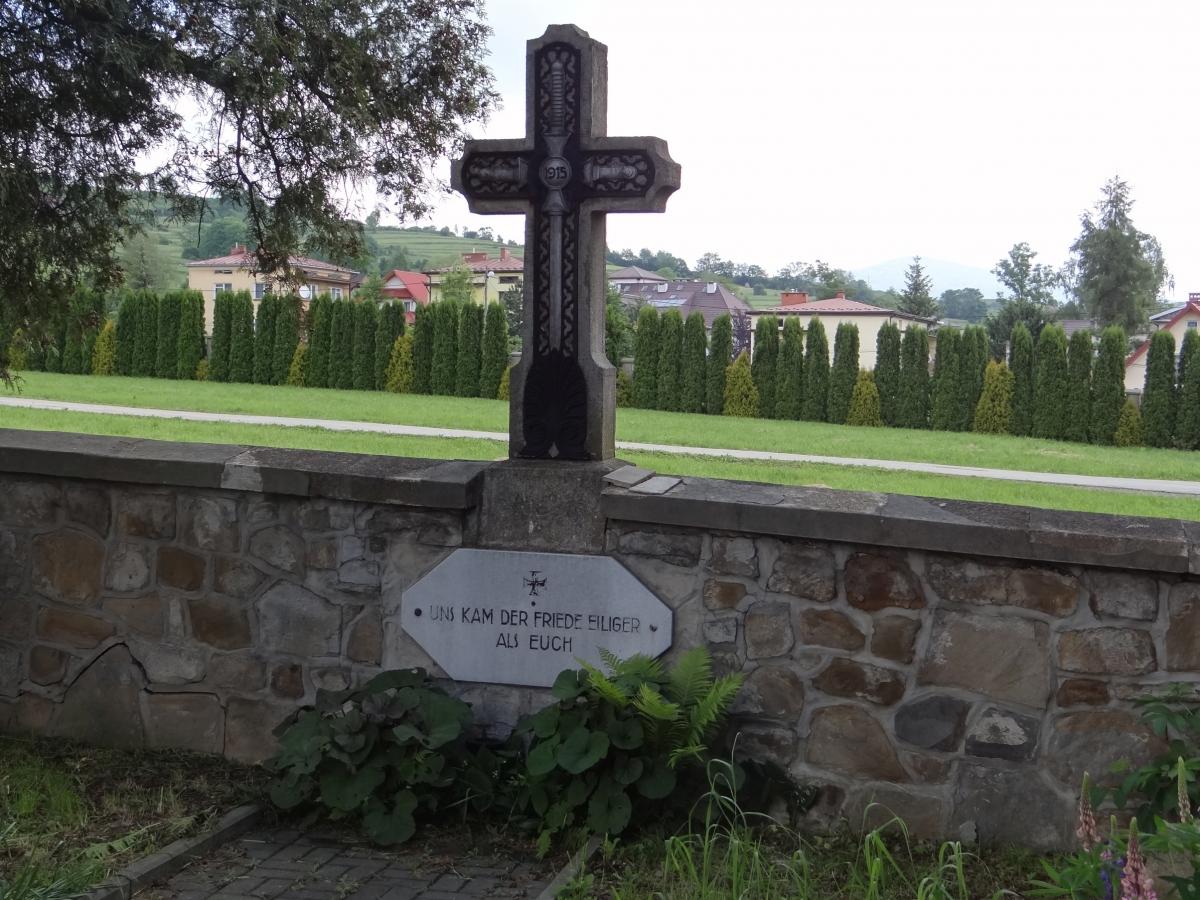 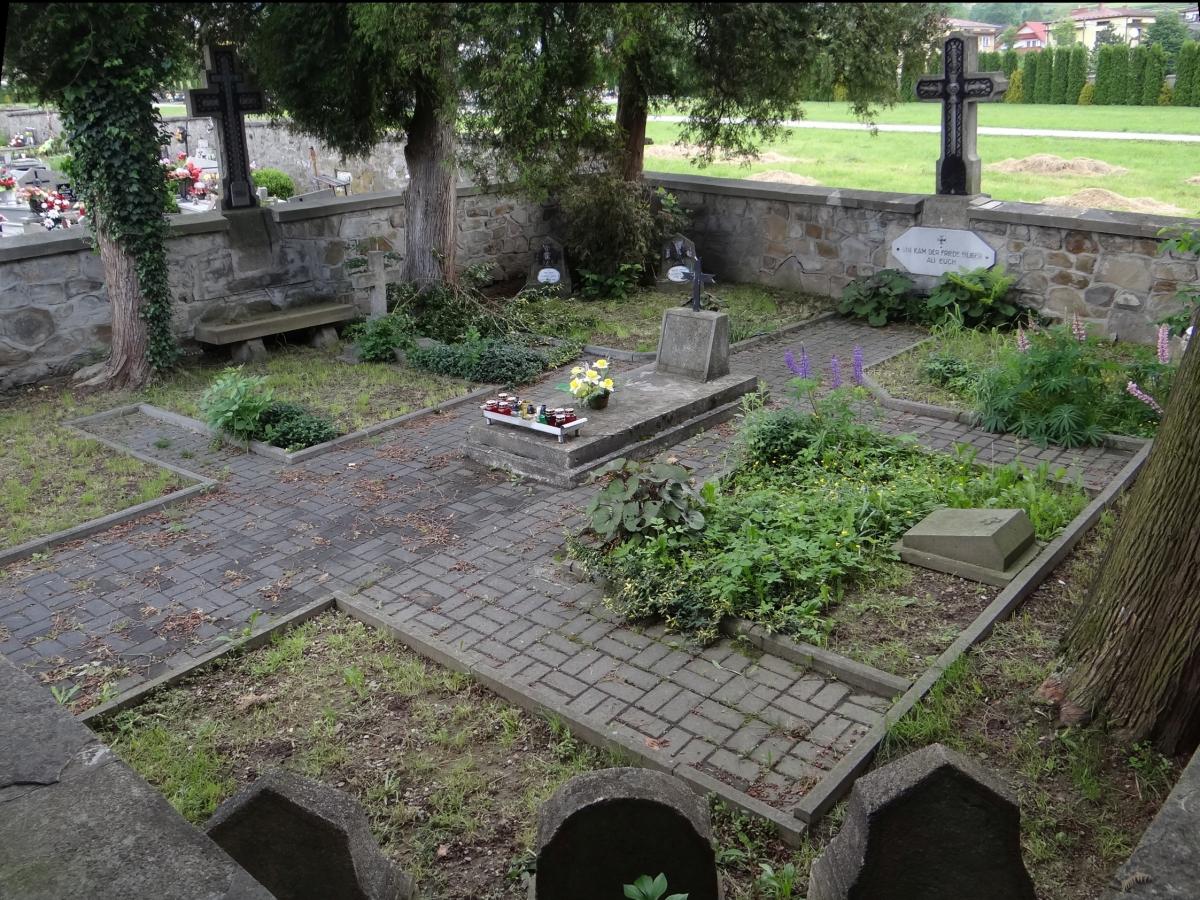 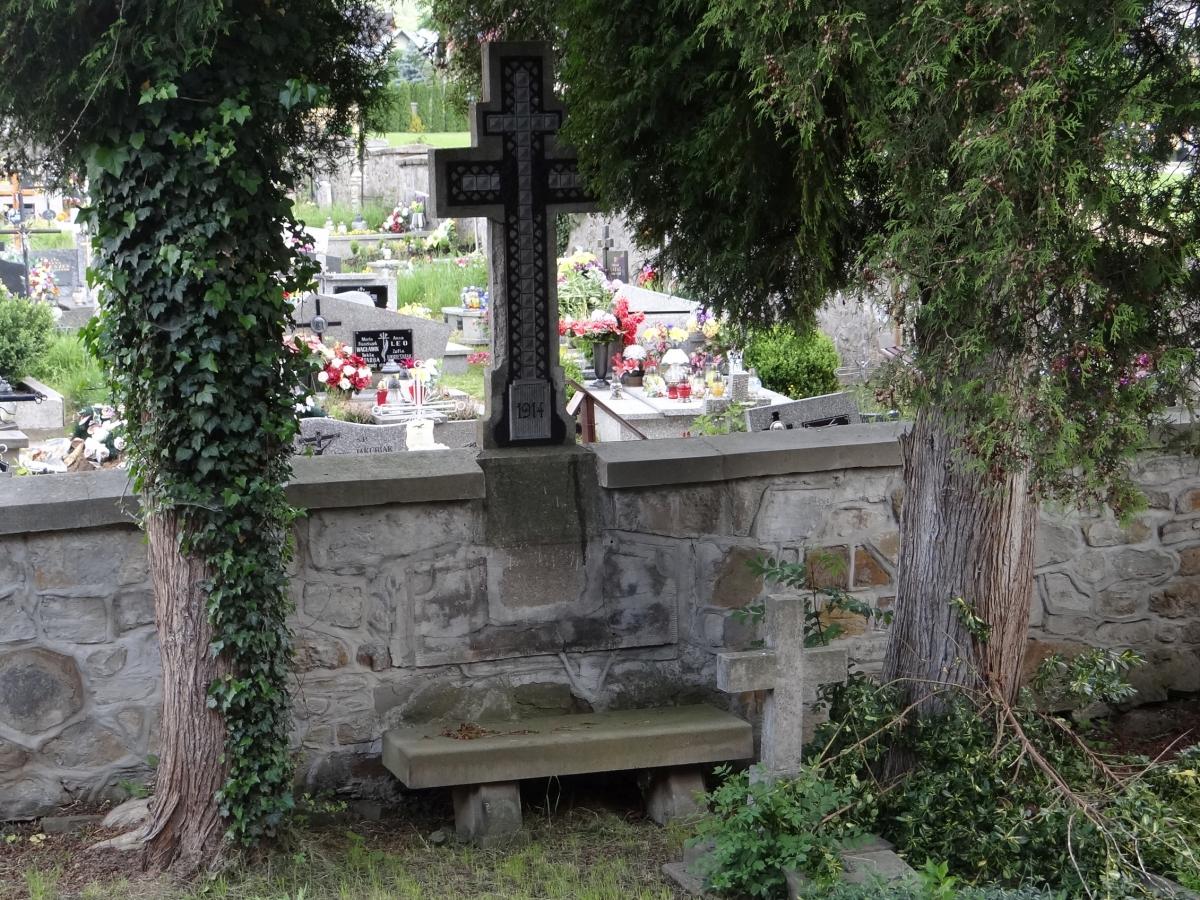 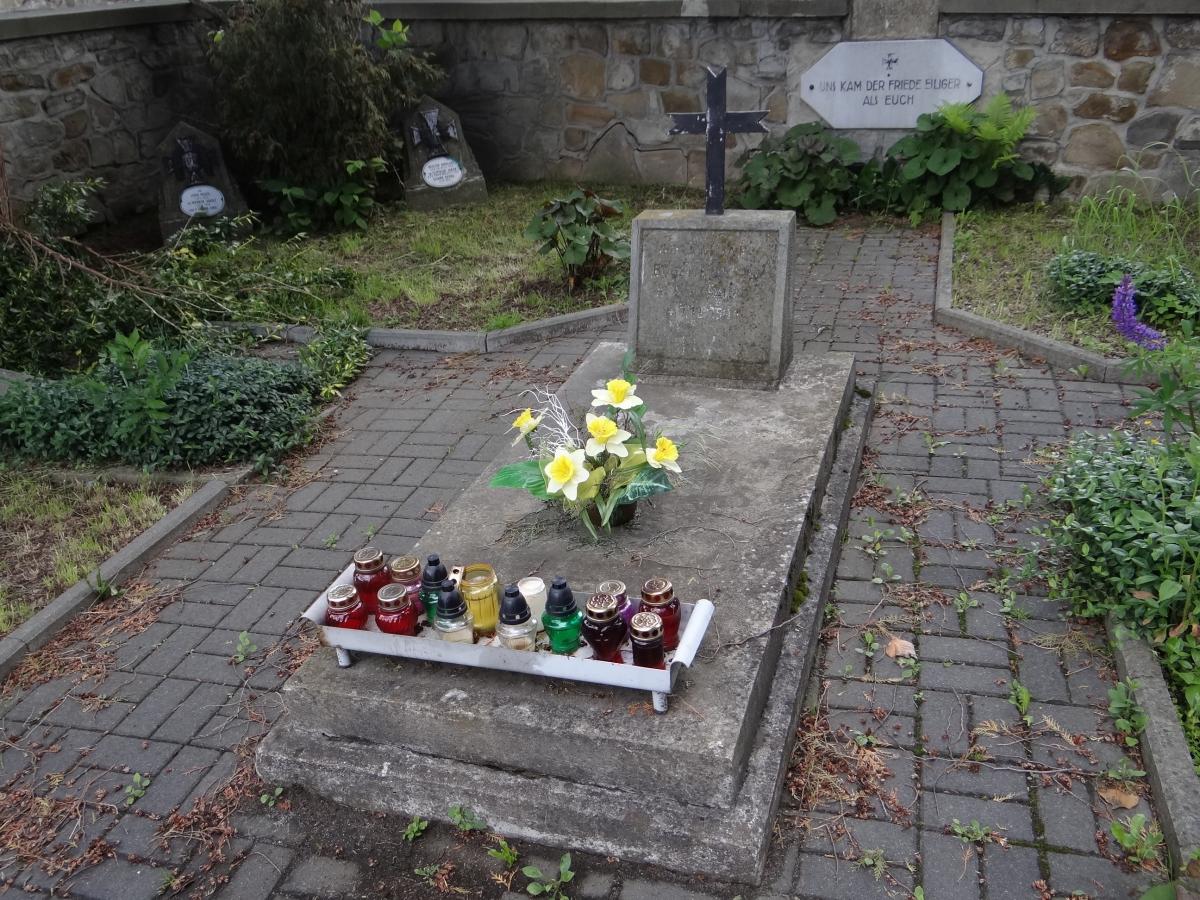 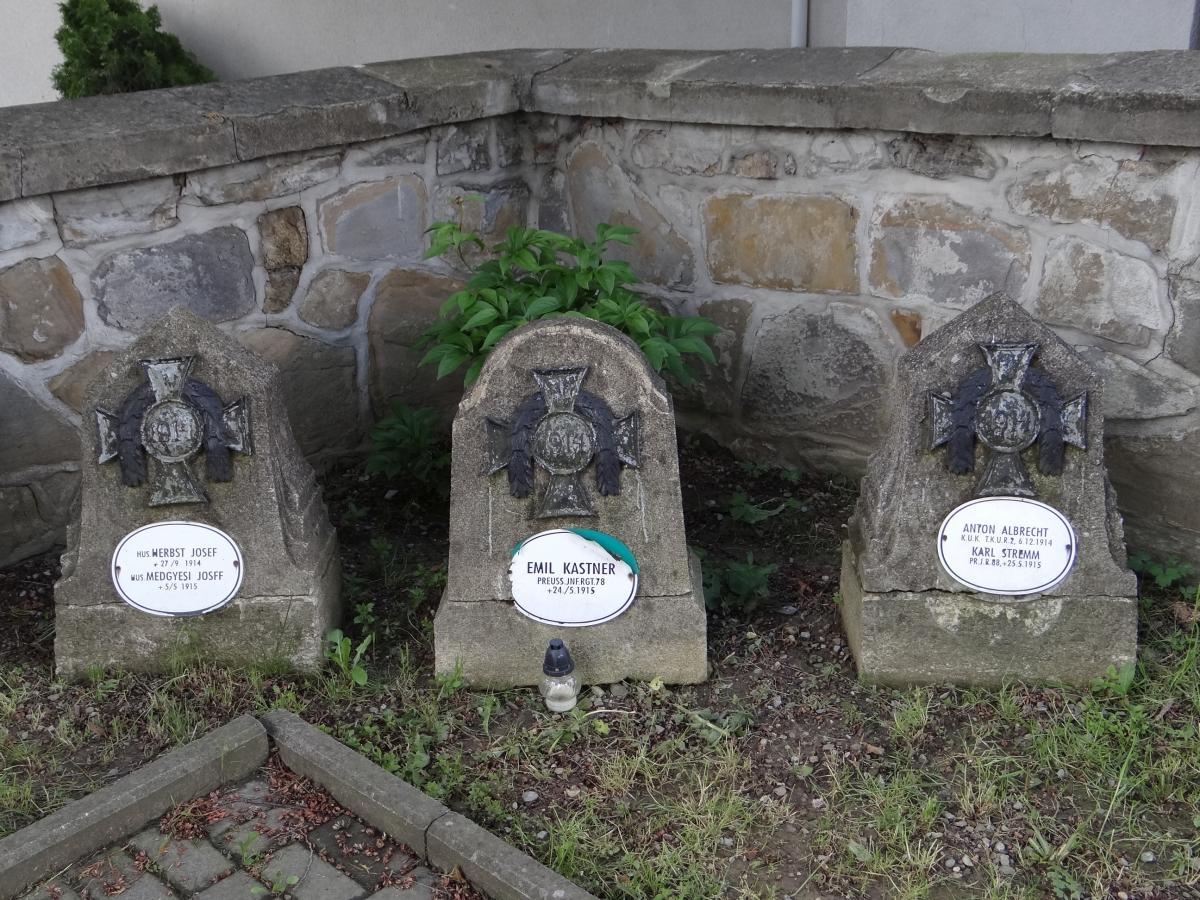