Light the virtual candle
gallery
Edit the description of the cemetery
add photos
number of votes 0
A beautiful cemetery
Return to the main page
War Cemetery No. 365 - Tymbark - a war cemetery from the First World War, located in Tymbark, in the Limanowski poviat, in the Ma┼éopolska province. It belongs to the X (Limanowa) Circle of the Cemetery Graves C and K. Commandant's Office in Krakow. It is one of 400 cemeteries of this branch, of which there are 36 in the Limanowa region. [source: Wikipedia, 2398005]
Location
The cemetery is located next to the parish cemetery in Tymbark, on a wooded, steep hill descending to the valley of the small Pleba┼äski Stream that flows into the ┼üososina River. It is located about 50 m from the road leading from the market square in Tymbark to Pod┼éopie┼ä. A large tin plaque with the name of the cemetery in Polish and German is mounted along this road. A comfortable walking path leads from the plaque to the cemetery . [source: Wikipedia, 2398005]
The fate of the cemetery
Soldiers killed during the Battle of Limanowa in December 1914 were buried there. The cemetery was designed by Gustav Ludvig and made in 1915 by Austrians. Originally, it occupied 660 m and was a quarters at the parish cemetery. In the interwar period, the cemetery was still in good condition as new. It was also a place of national cult; visited and nurtured by school students. After World War II, the importance of the cemetery in the awareness of the society and the then authorities decreased, because new, more recent cemeteries and dramatic stories of the new war came. The cemetery was naturally destroyed by weather and vegetation factors, it was also devastated by vandals. At the beginning of the 1990s, the Tymbark military cemetery was already terribly damaged and devastated. The destruction works ultimately made the landslides in 1992. The present cemetery was rebuilt in 1992 by the social reconstruction committee. A large wooden cross has been preserved on a concrete plinth. Following the remnants of decayed smaller wooden crosses, new ones were made. In the past there were three types of these crosses, only one type was reconstructed after the cemetery was rebuilt. They were placed on newly recreated graves. At the same time, the area of the cemetery was reduced and its plan changed . [source: Wikipedia, 2398005]
Description of the cemetery
The present, reconstructed cemetery is significantly different from the original one. It consists of two located on a steep slope at different heights, and the highest terrace. On this terrace is placed on a concrete plinth a wooden Latin cross with a lace sculpture and corrugated double-sided glory. Originally, it was probably the central element of the cemetery
gallery
⮜⮿⮞
Wikipedia, Self-published work, World War I Cemetery nr 365 in Tymbark 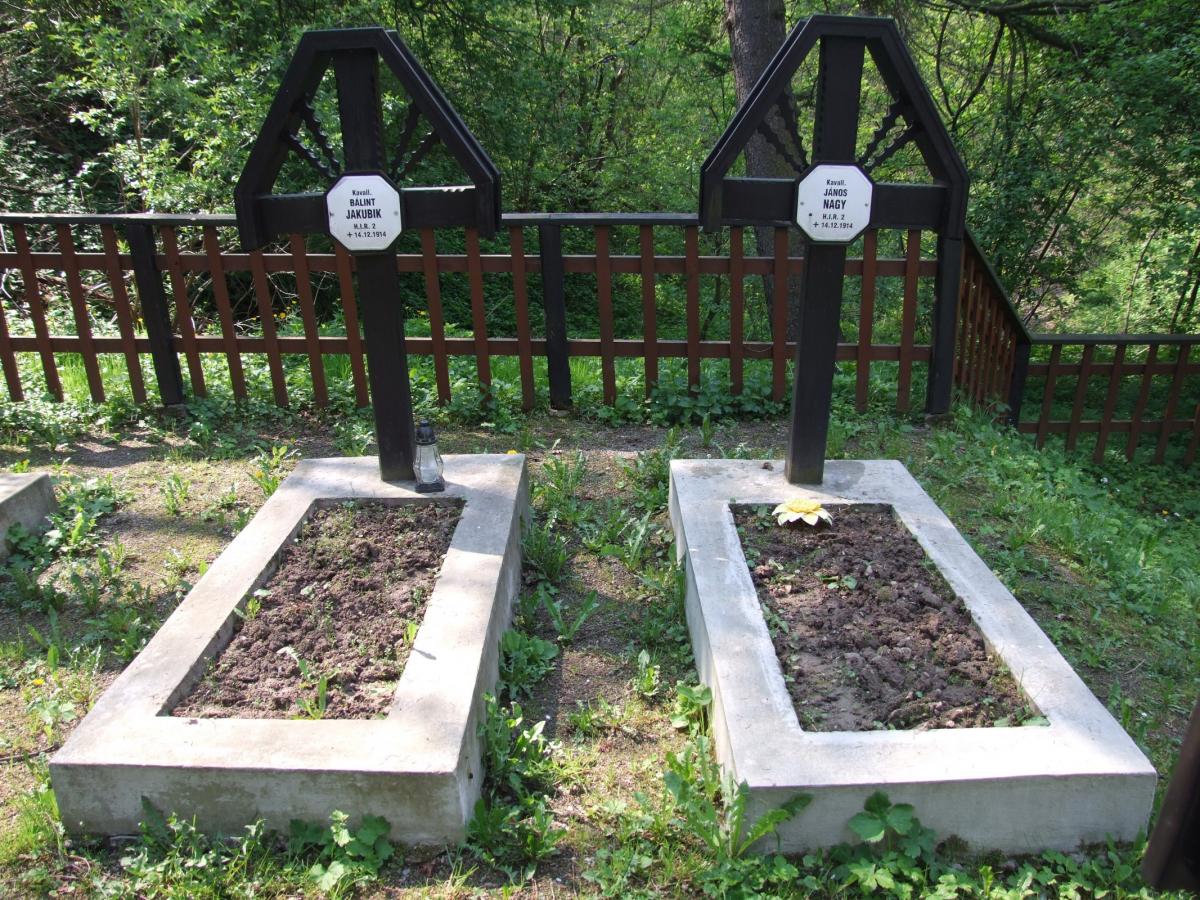 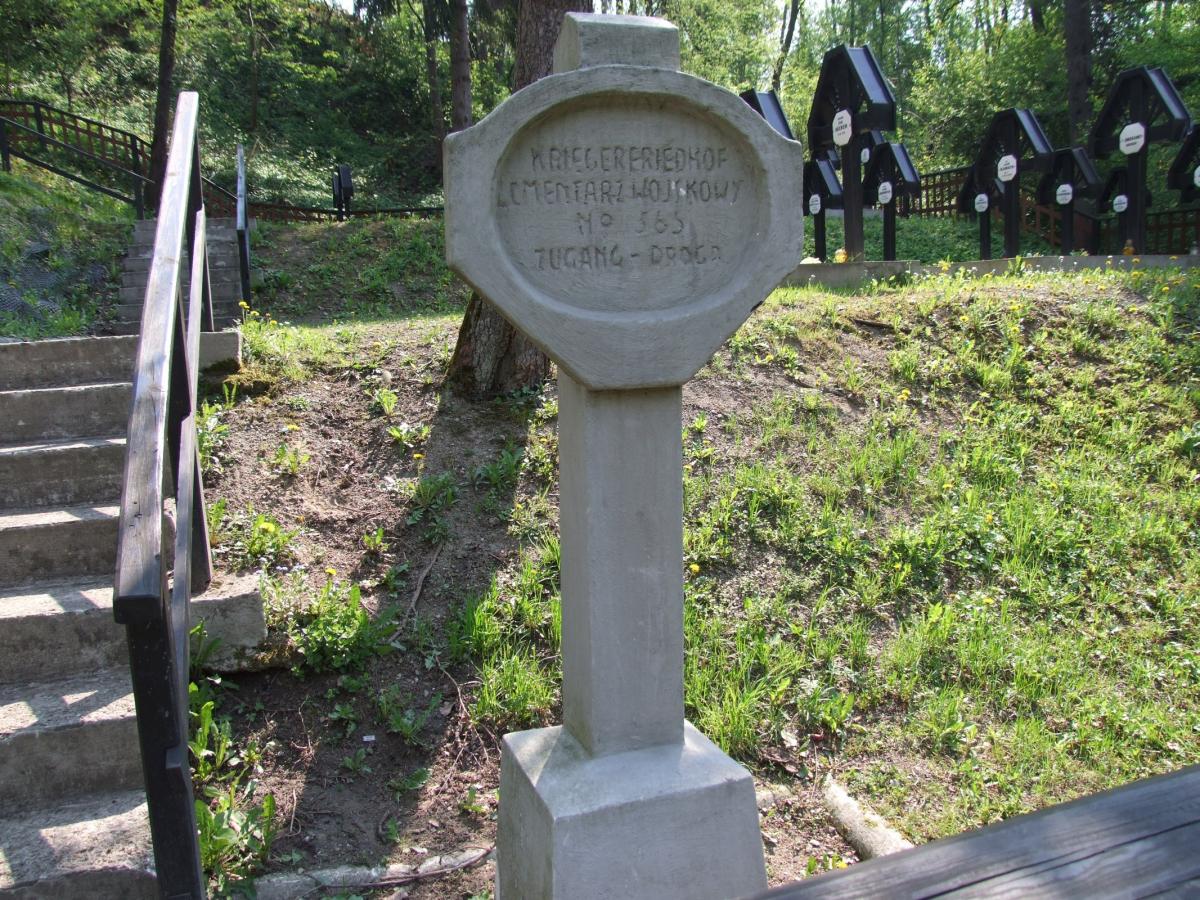 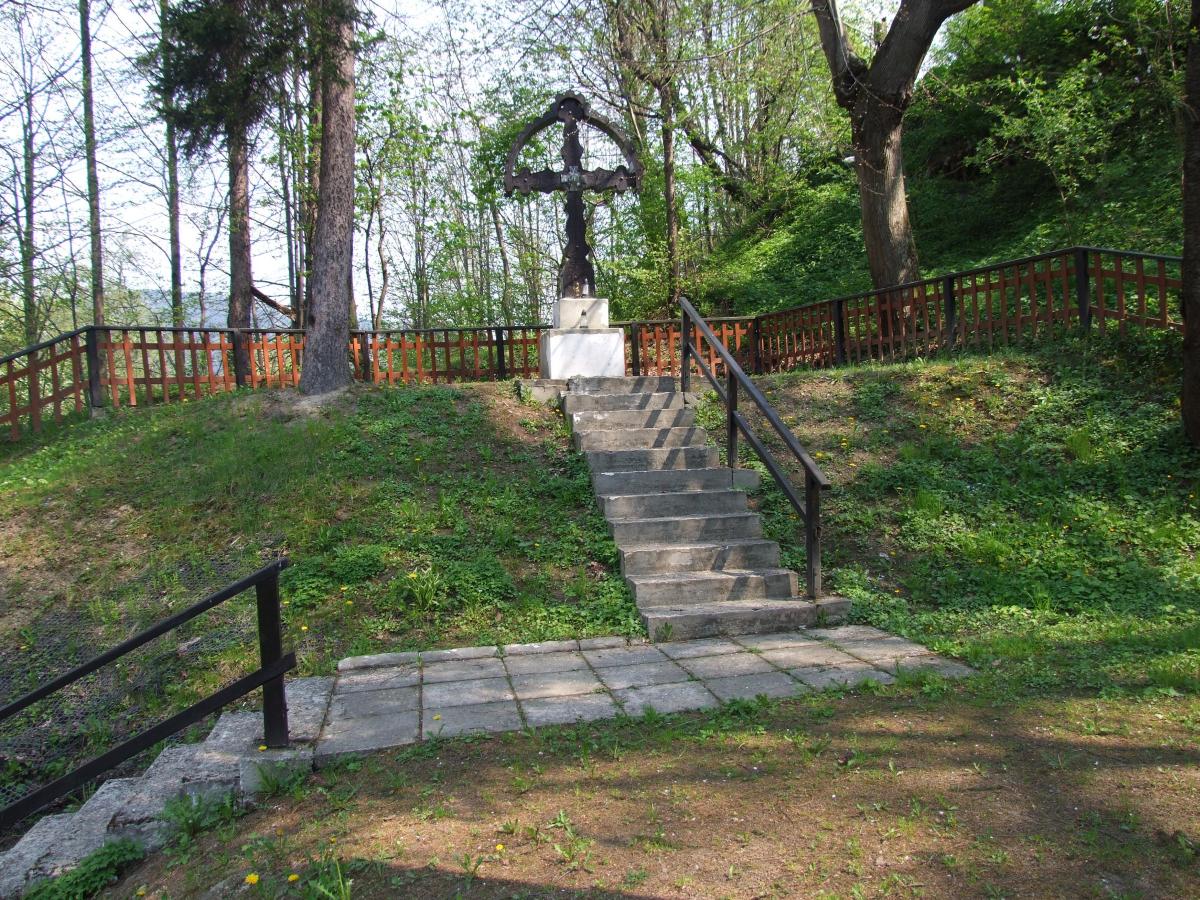 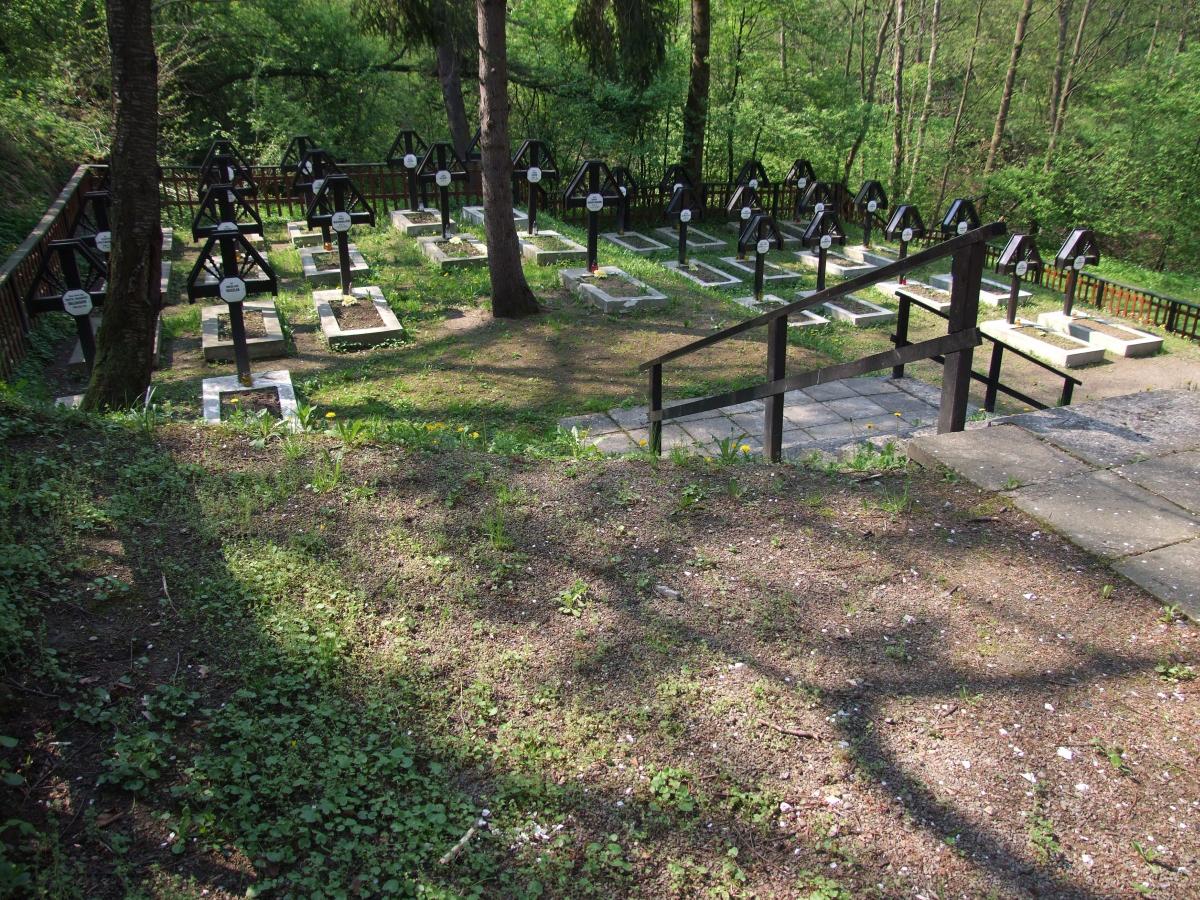 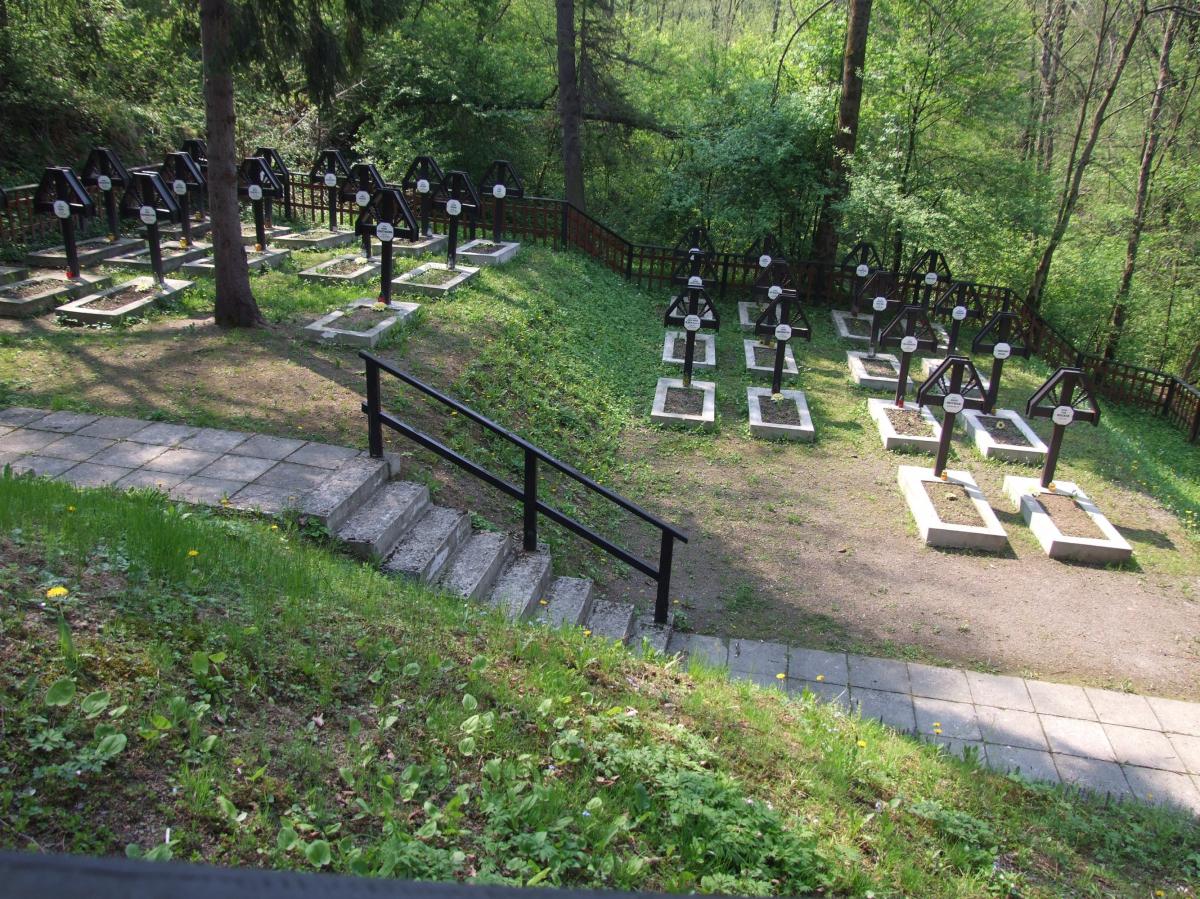 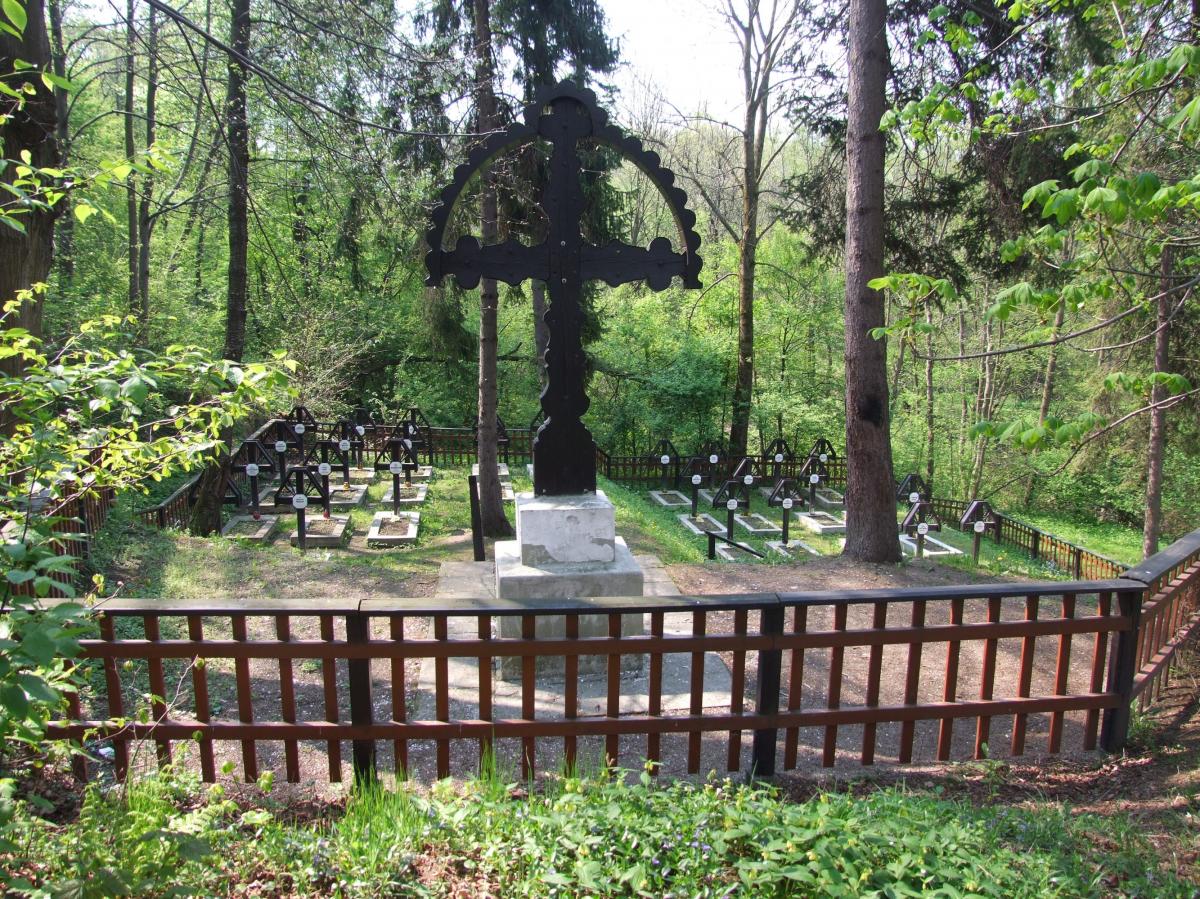 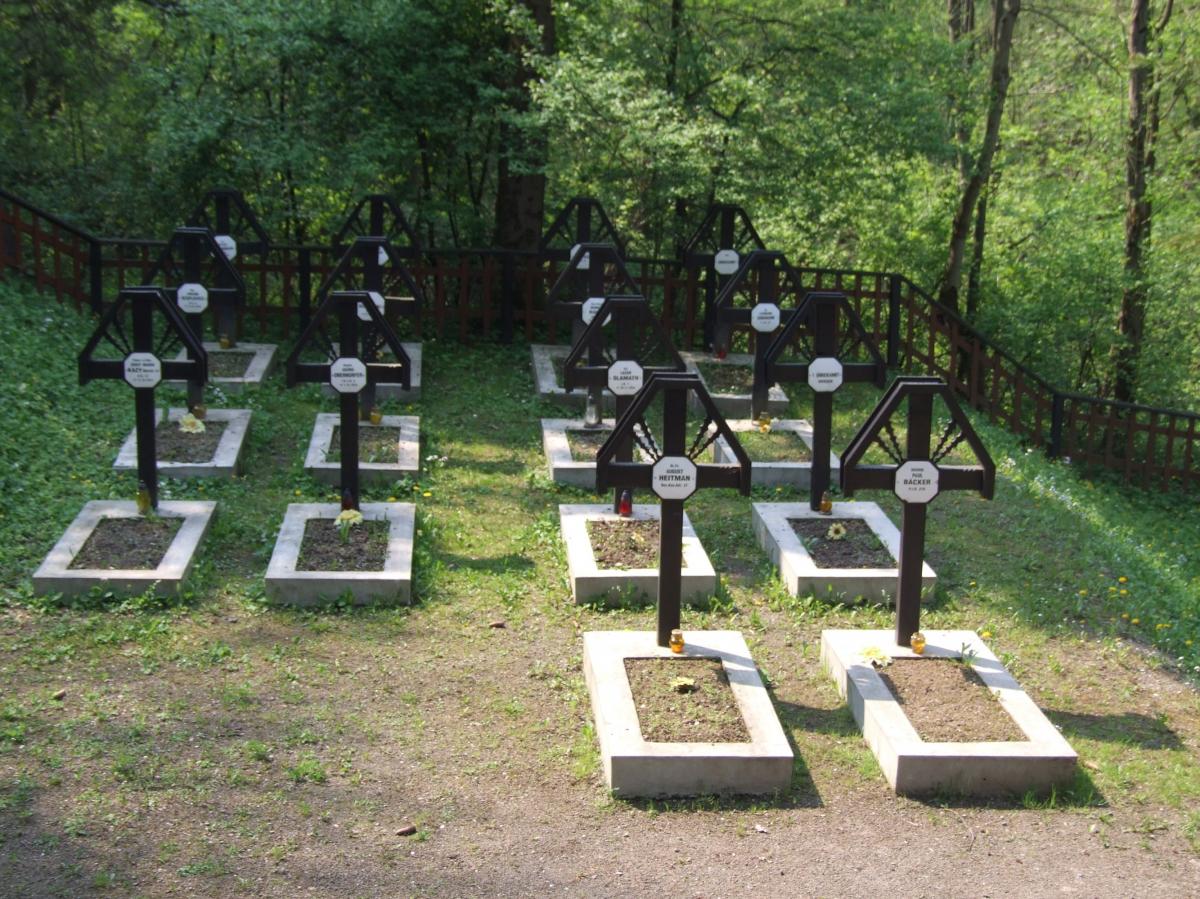 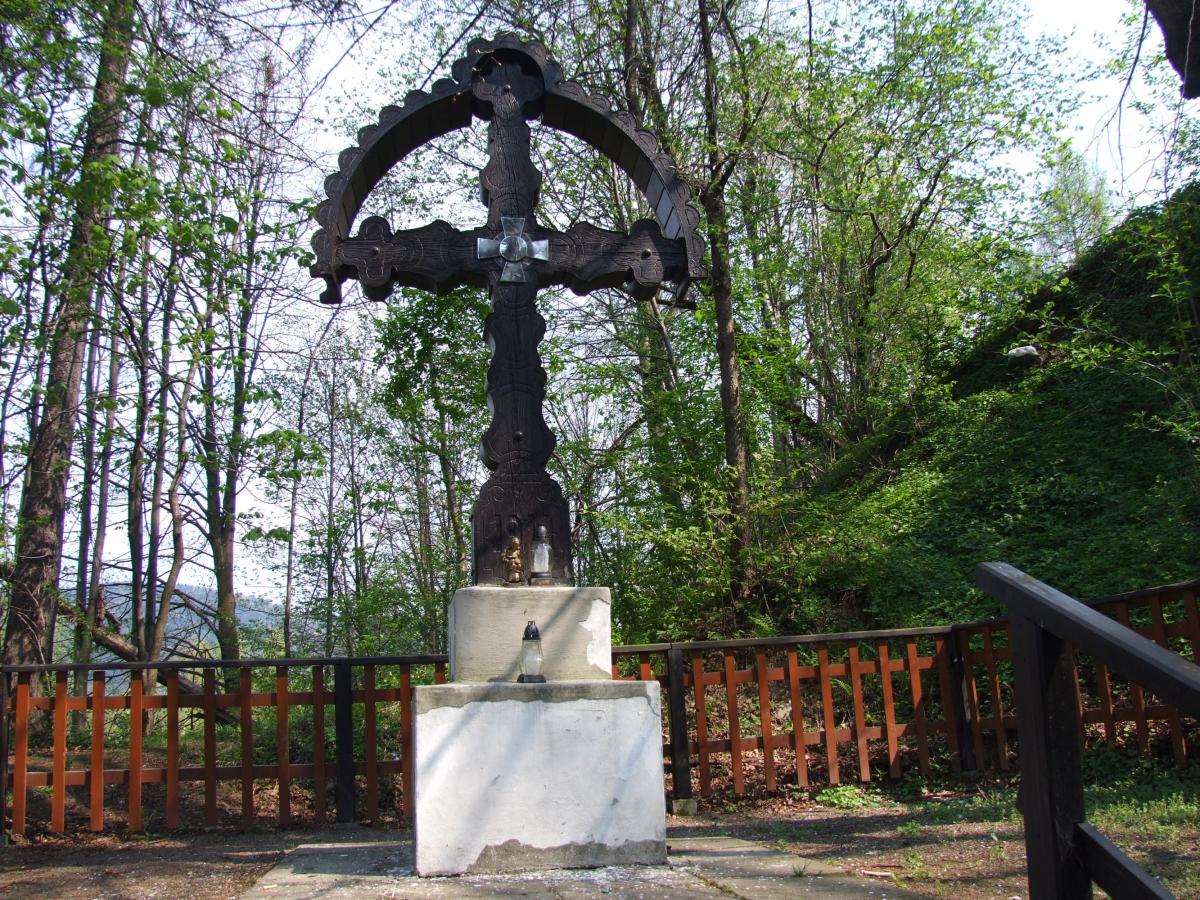 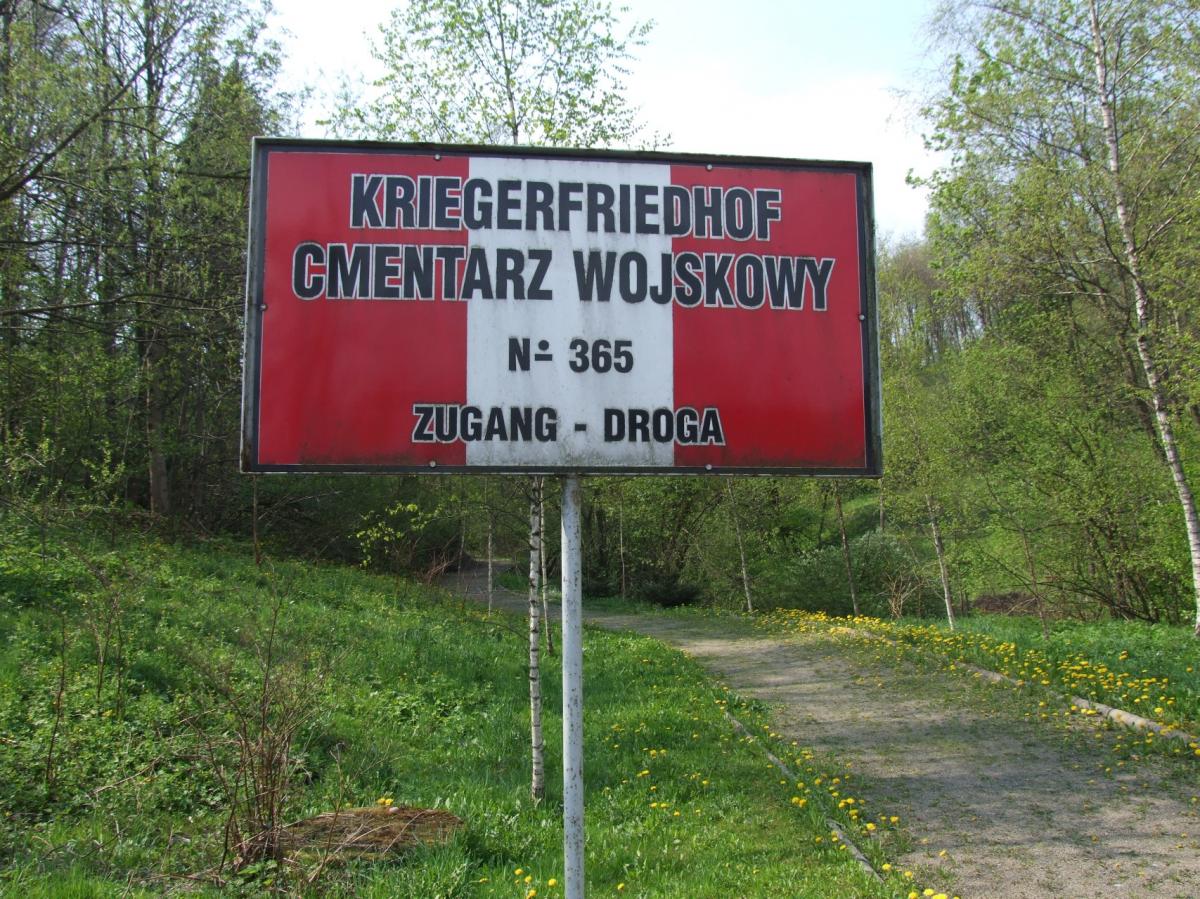