Light the virtual candle
gallery
Edit the description of the cemetery
add photos
number of votes 0
A beautiful cemetery
Return to the main page
War Cemetery No. 366 - Limanowa - a war cemetery from the First World War in the city of Limanowa, in the Limanowa Poviat, in the Lesser Poland Voivodeship. It belongs to the X (Limanowa) Circle of the Cemetery Graves C and K. Commandant's Office in Krakow. It is one of 400 cemeteries of this branch, of which there are 36 in the Limanowa region . [source: Wikipedia, 2439849]
Position
It is a lodge in the center of the parish cemetery in Limanowa, located between ul. Swedish and ul. Kazimierz ┼üazarski . [source: Wikipedia, 2439849]
History
Soldiers of both fighting armies here were buried: Russian and Austro-Hungarian, who died in this area in October - December 1914 during the battle of Limanowa. It ended with the victory of Austrian troops, which stopped the Russian offensive towards Krakow and Silesia. Similarly to other cemeteries in Galicia during the First World War, it was made during the war. It came to this in 1915, immediately after the Russian army, which was victorious for the Austrians of the Battle of Gorlice, was pushed further east 28 Austro-Hungarian and 8 Russian soldiers were buried on it in 18 individual and 4 collective graves. In addition, the ashes of 5 soldiers of the Polish Legions transferred from the liquidated war cemetery No. 367 in Mordarce were laid here.
Description of the cemetery
The designer of the cemetery was Gustaw Ludwig. The cemetery is made on a rectangular plan. The main decorative element is a stone monument with a stone mounted on it on a decorative arch with three stylized crosses and a picture. The monument is located at the southern end of the accommodation, which is divided into three parallel parts. In the middle part there are 5 tombstones, on the sides of the collective tombs on which low cast-iron crosses were mounted on concrete plinths. There are 2 types of crosses; one-armed Austrian and two-armed Russian
gallery
⮜⮿⮞
••
Wikipedia, Self-published work, World War I Cemetery nr 366 in Limanowa 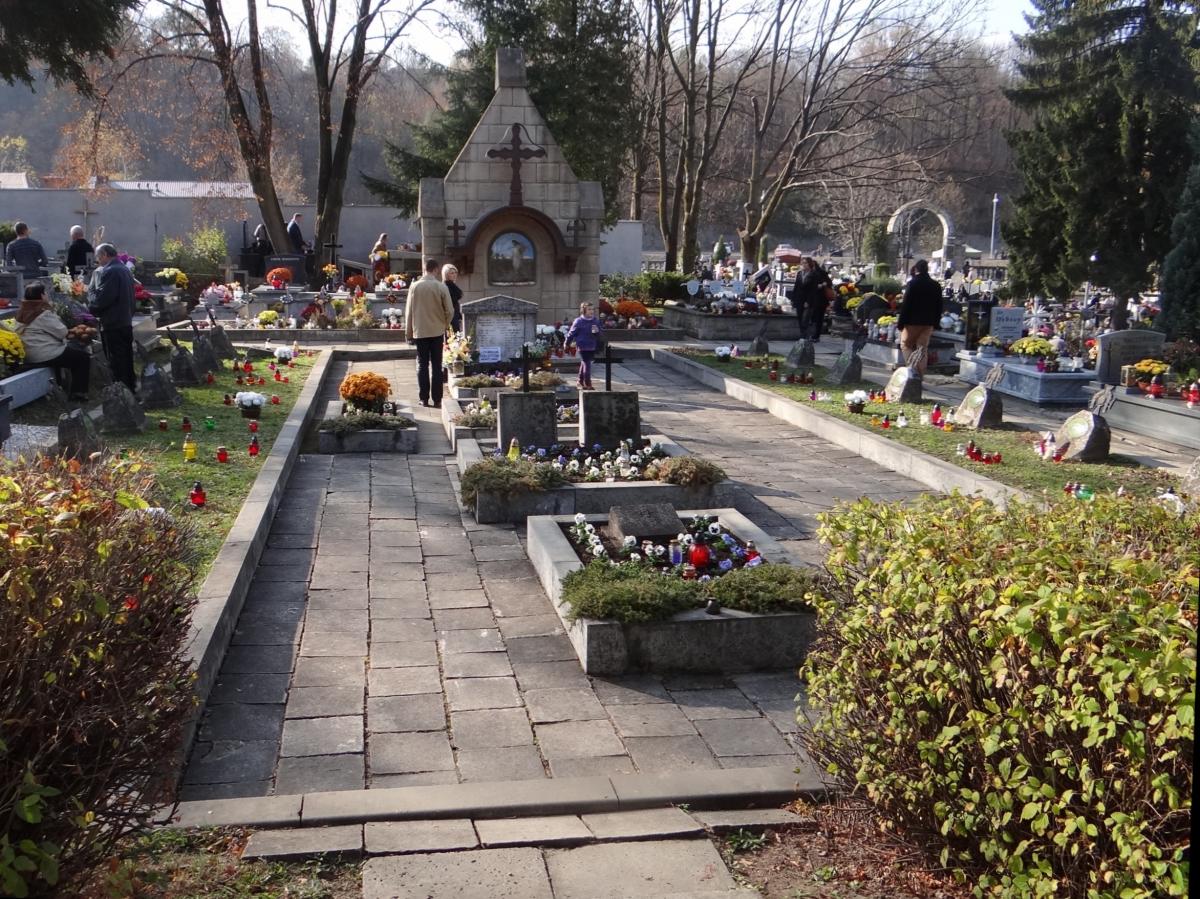 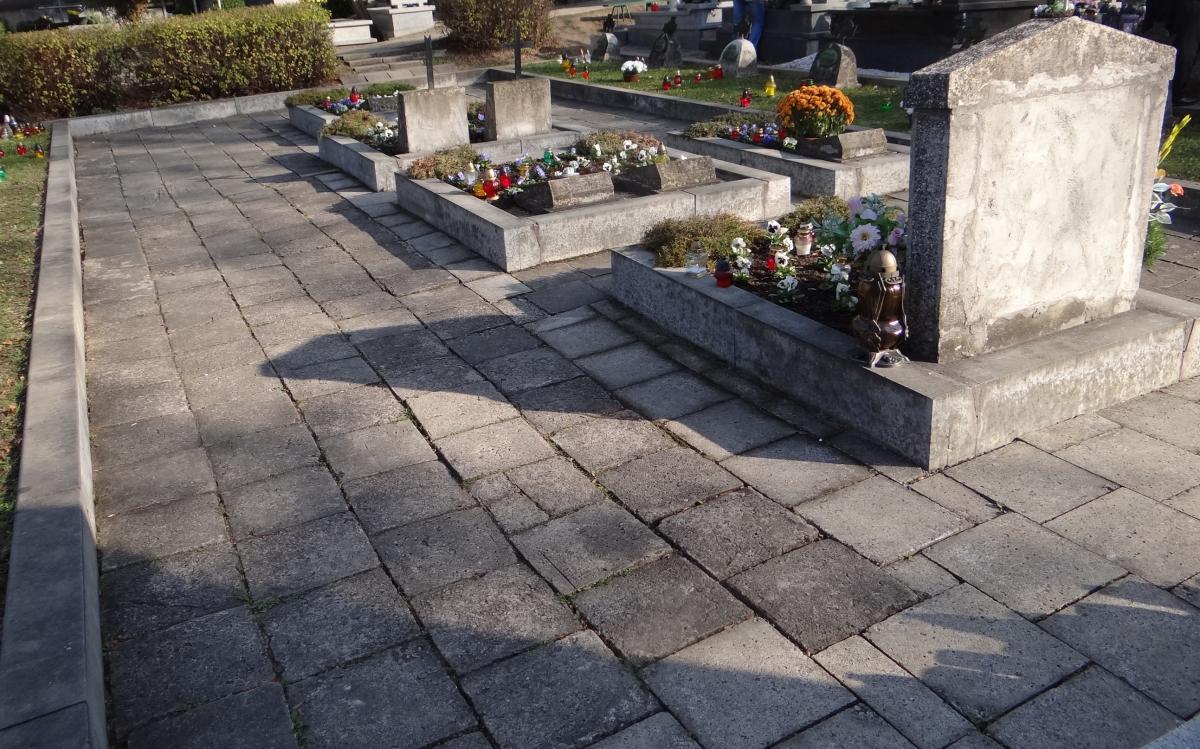 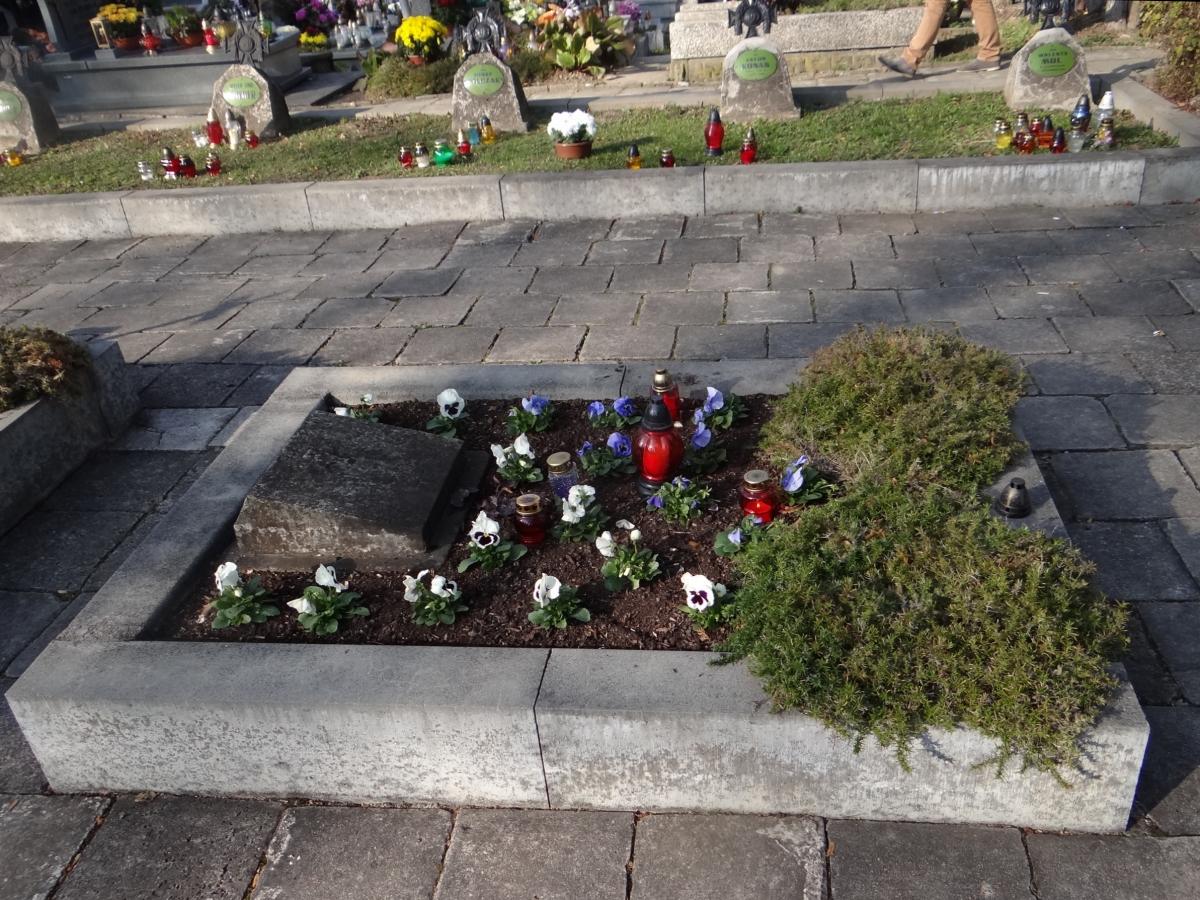 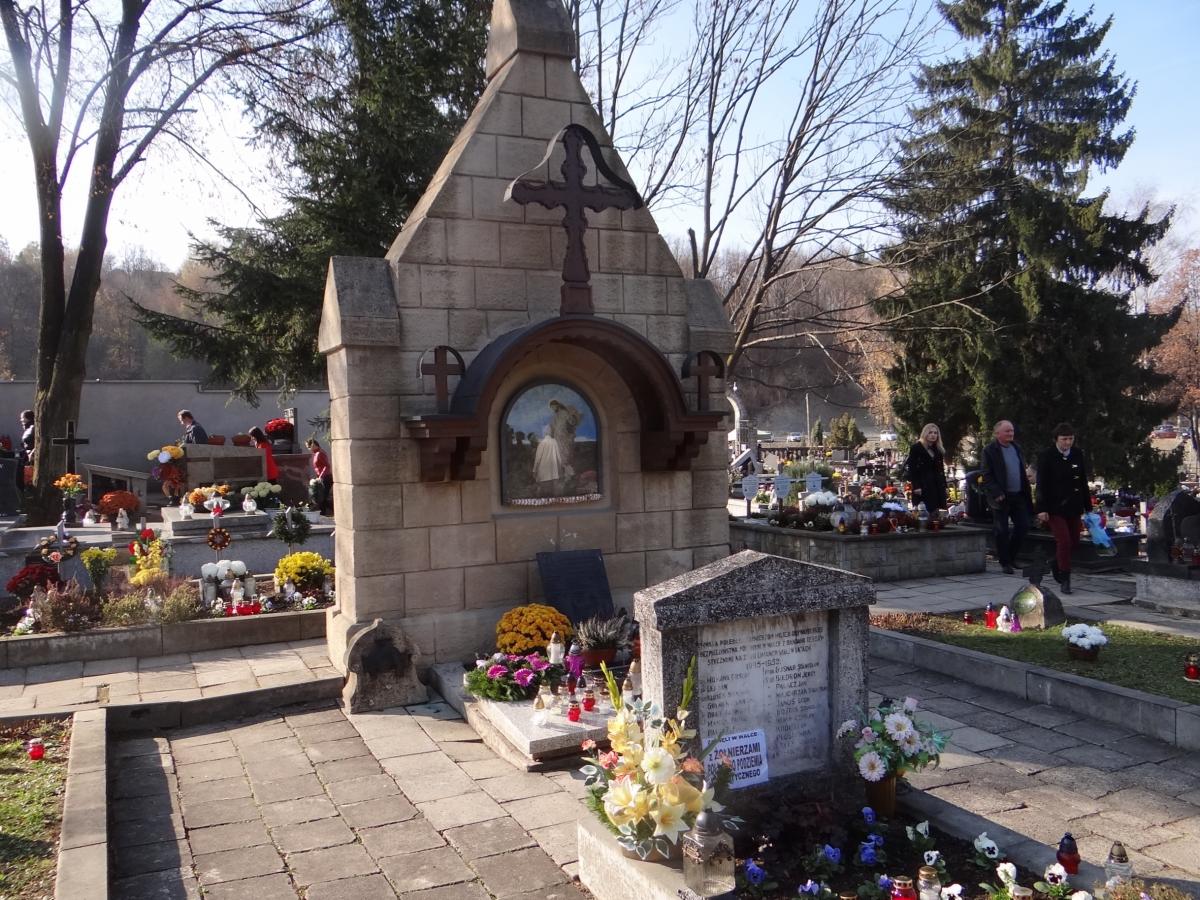 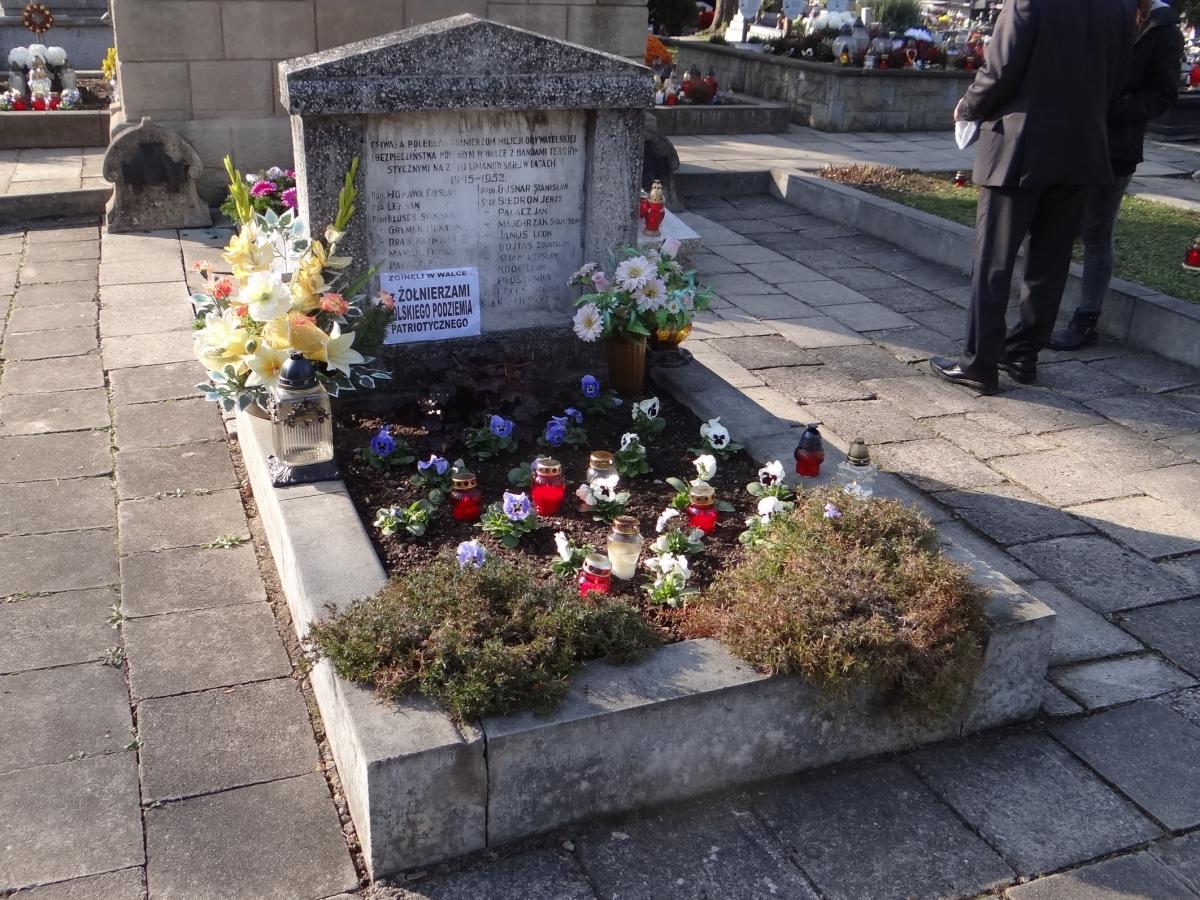 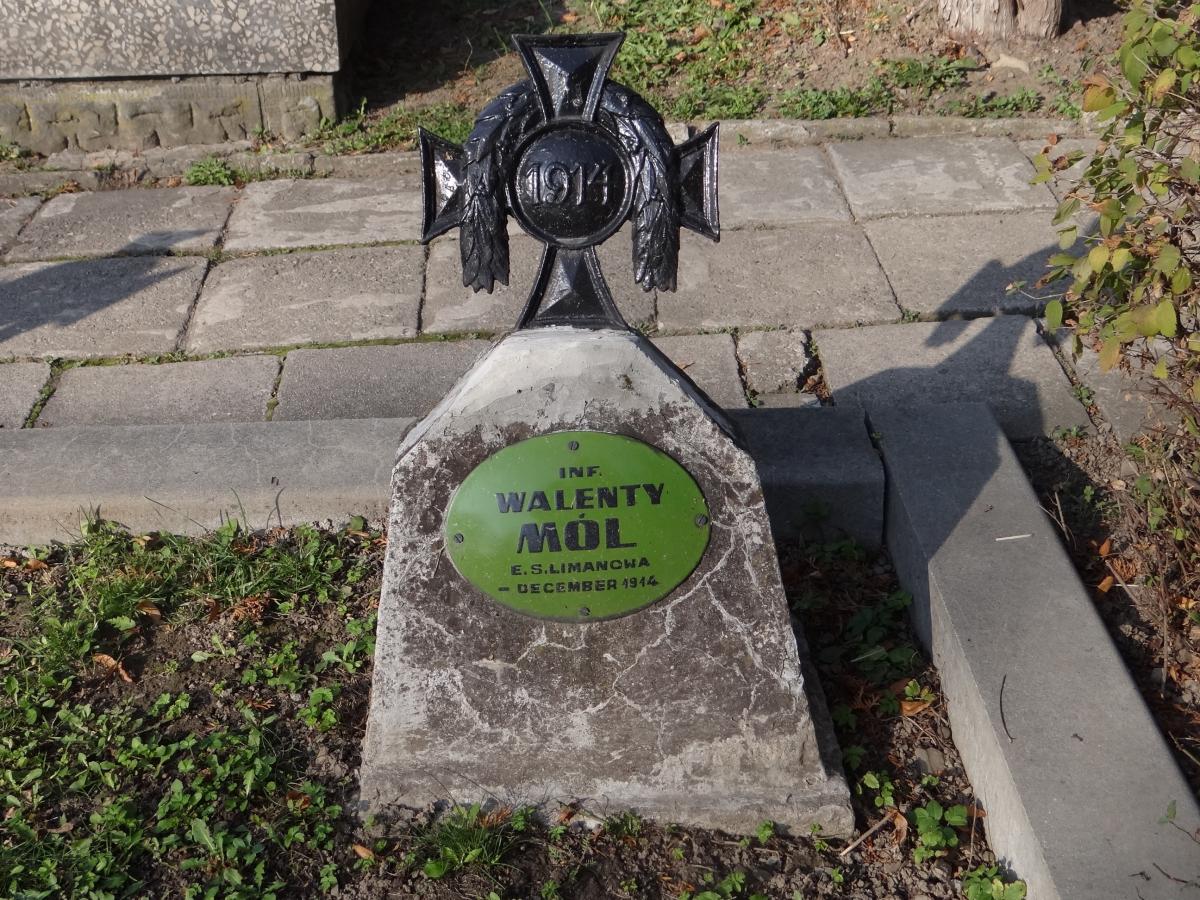 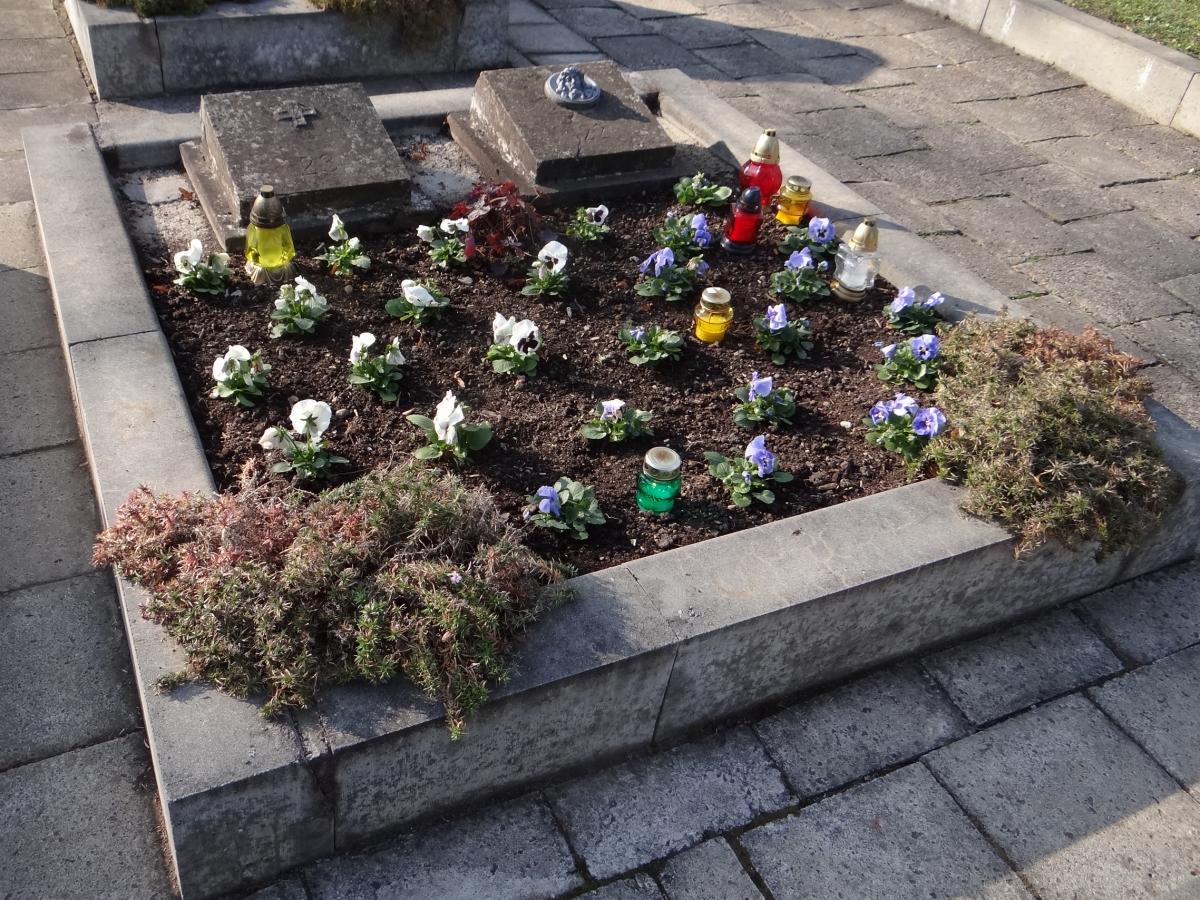 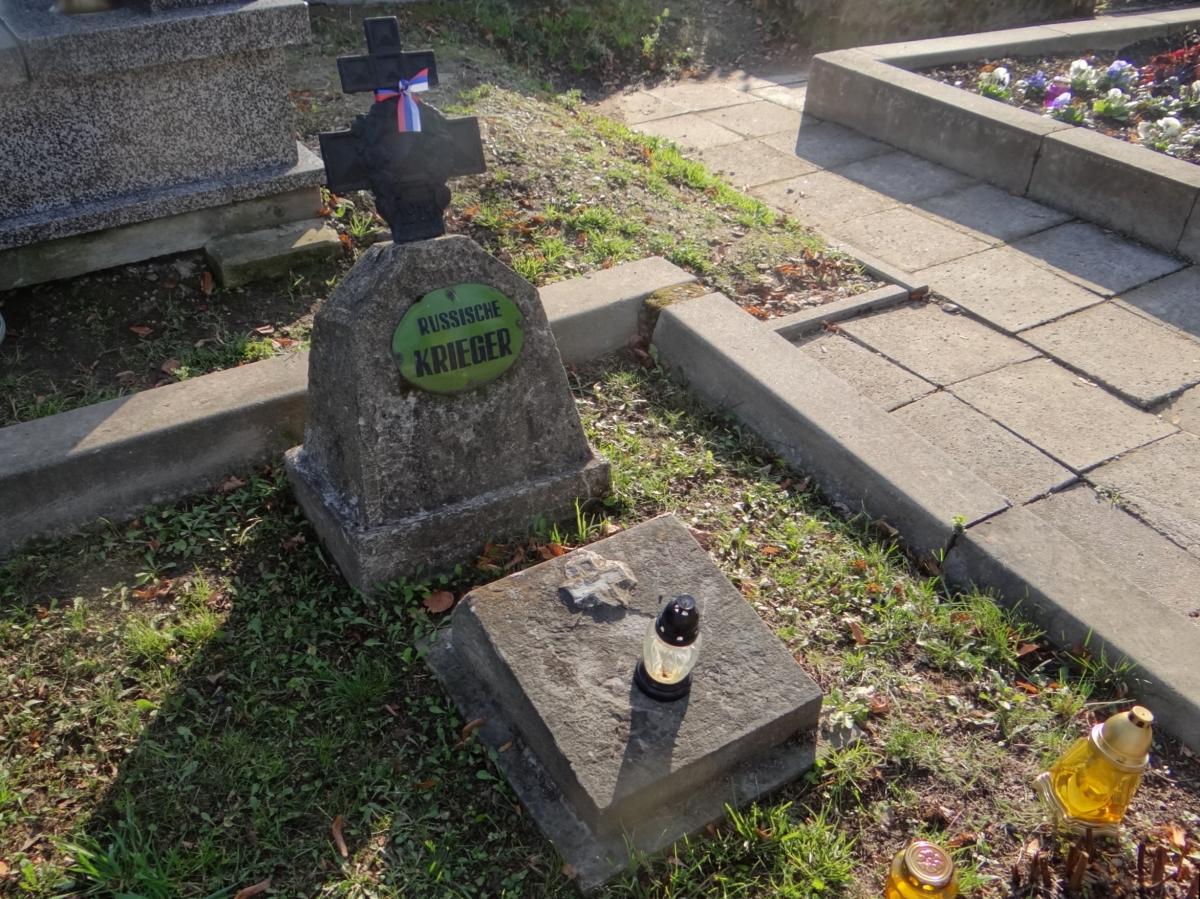 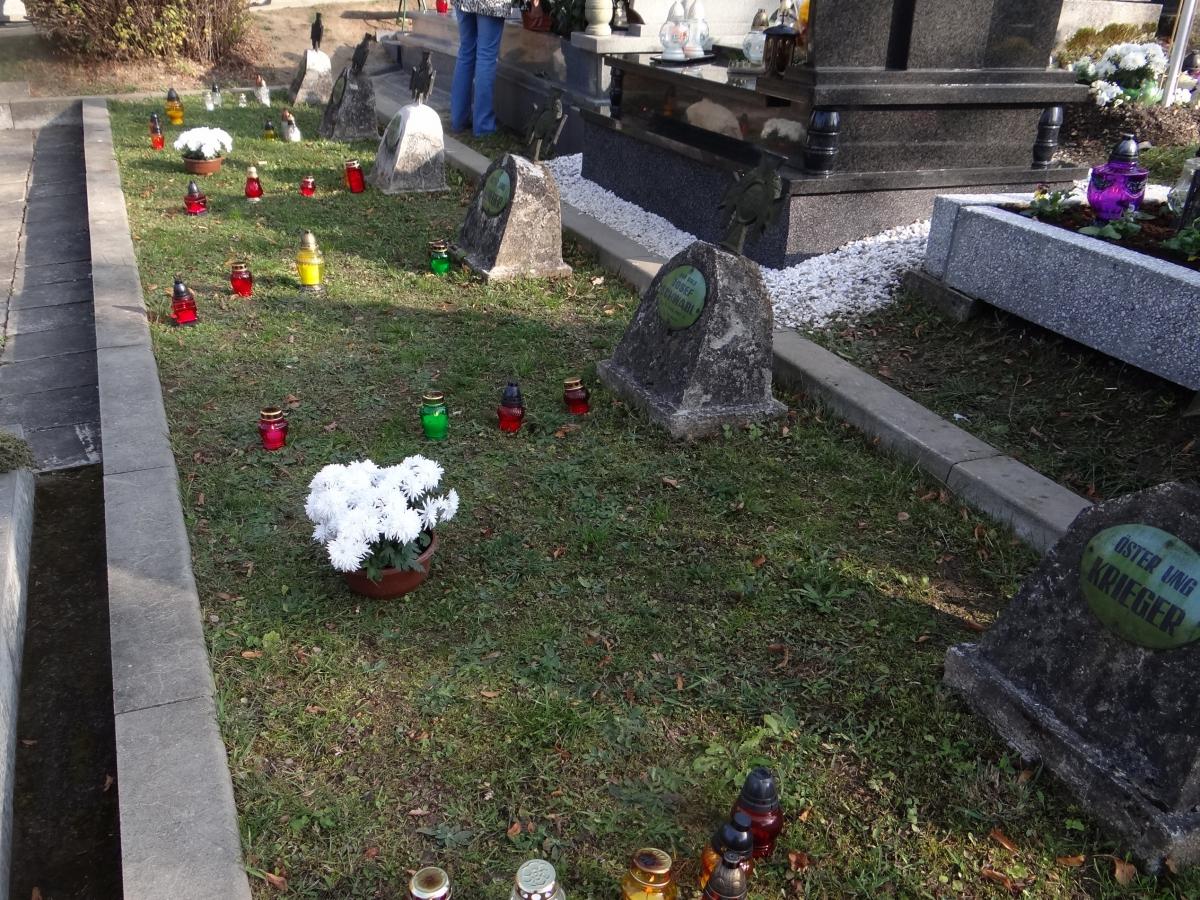 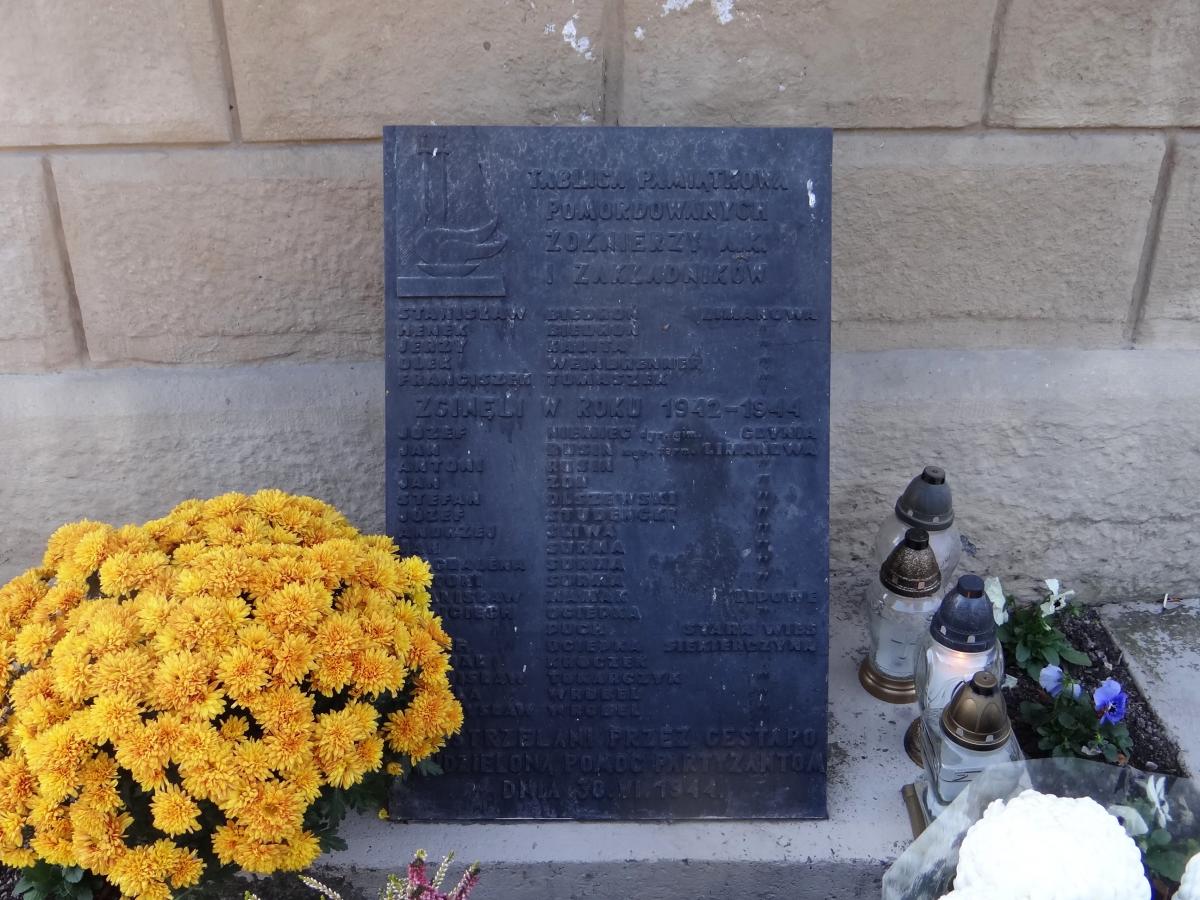