Light the virtual candle
gallery
Edit the description of the cemetery
add photos
number of votes 0
A beautiful cemetery
Return to the main page
War Cemetery No. 46 - Konieczna-Beskidek - an Austrian cemetery from World War I, located in Konieczna in the UĹ›cie Gorlickie commune. The cemetery is located in the Beskid Niski to the south-west of the village of Konieczna, in the top part of the Beskidek hill on its north-eastern side, about 800 m northwest of the Beskidek pass (Dujawa). Next to the cemetery on the south-west side runs the Polish-Slovak state border. There are 6 mass graves and 48 single graves on the cemetery. They buried in them 303 soldiers killed in January and February 1915: 168 Austro-Hungarian soldiers from 1, 3, 5, 9, 14, 28, 47, 87 and 154 infantry regiment, 135 Russian from 193 and 195 infantry regiment. Out of 168 buried Austrian soldiers, the identity of 163 is known. The identity of 5 Austro-Hungarian and 134 Russian soldiers was not identified. The cemetery with an area of 2047 m, designed by DuĹˇan JurkoviÄŤ, is built on a plan similar to the Latin cross, it is fenced with a fence made of wooden railings connecting cuboidal posts, built of stone and topped with a shingled roof. The entrance is made of a wooden two-wing gate. The main element of the cemetery is a two-storey, twenty-meter stone tower standing on a stone terrace. It is covered with a high shingle roof topped with an iron cross with a solar symbol placed on it. On the four elevations of the upper storey there are wooden Latin crosses. On the north, east and south elevations of the lower storey there are plates with inscriptions in German. One of them in free translation says: "Here, among dark forests, fragrant herbs and glittering mountains in the distance. Brave soldiers, having defeated the enemy, succeeded. The funerary fields of Austro-Hungarian soldiers are crowned with wooden, carved Latin crosses and Russian soldiers with carved patriarchal crosses. All grave crosses are covered with wooden roofs attached to the arms of the cross with decorative wooden pins. Combining the arms of the crosses, there are carved wooden signs with the data of the buried person, bearing very little visible traces of letters. Arranged in an interesting arrangement, the graves are surrounded by stone curbs.
gallery
⮜⮿⮞
••
Wikipedia, PD-self, Self-published work, World War I Cemetery nr 46 in Konieczna 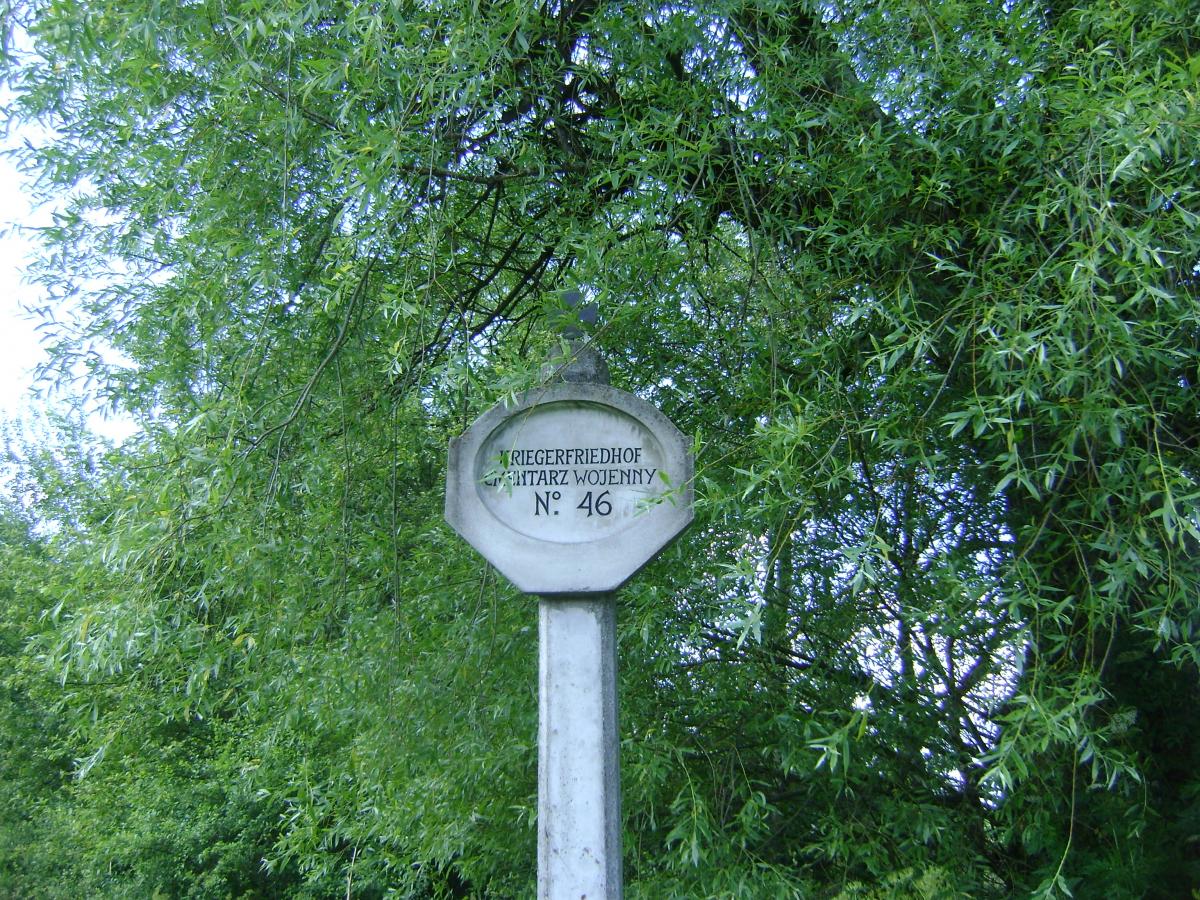 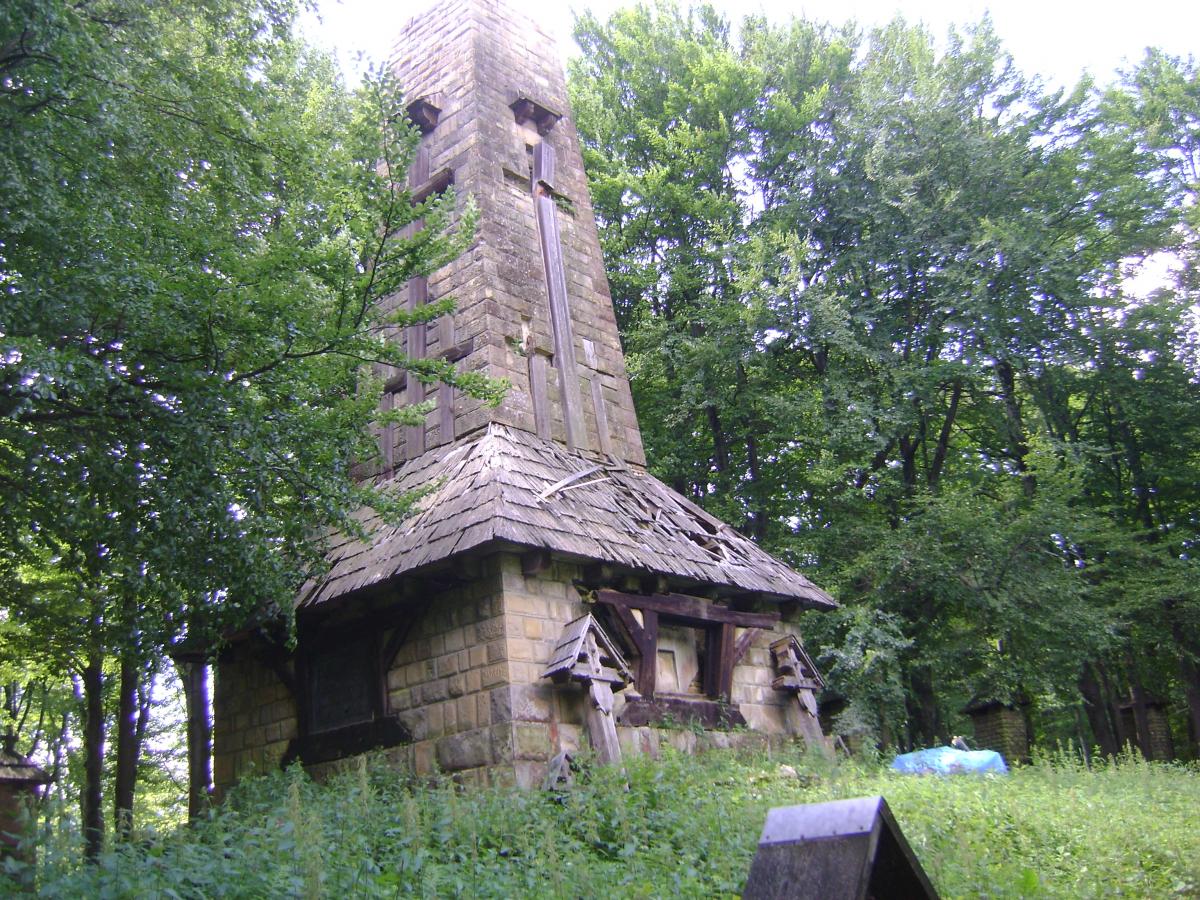 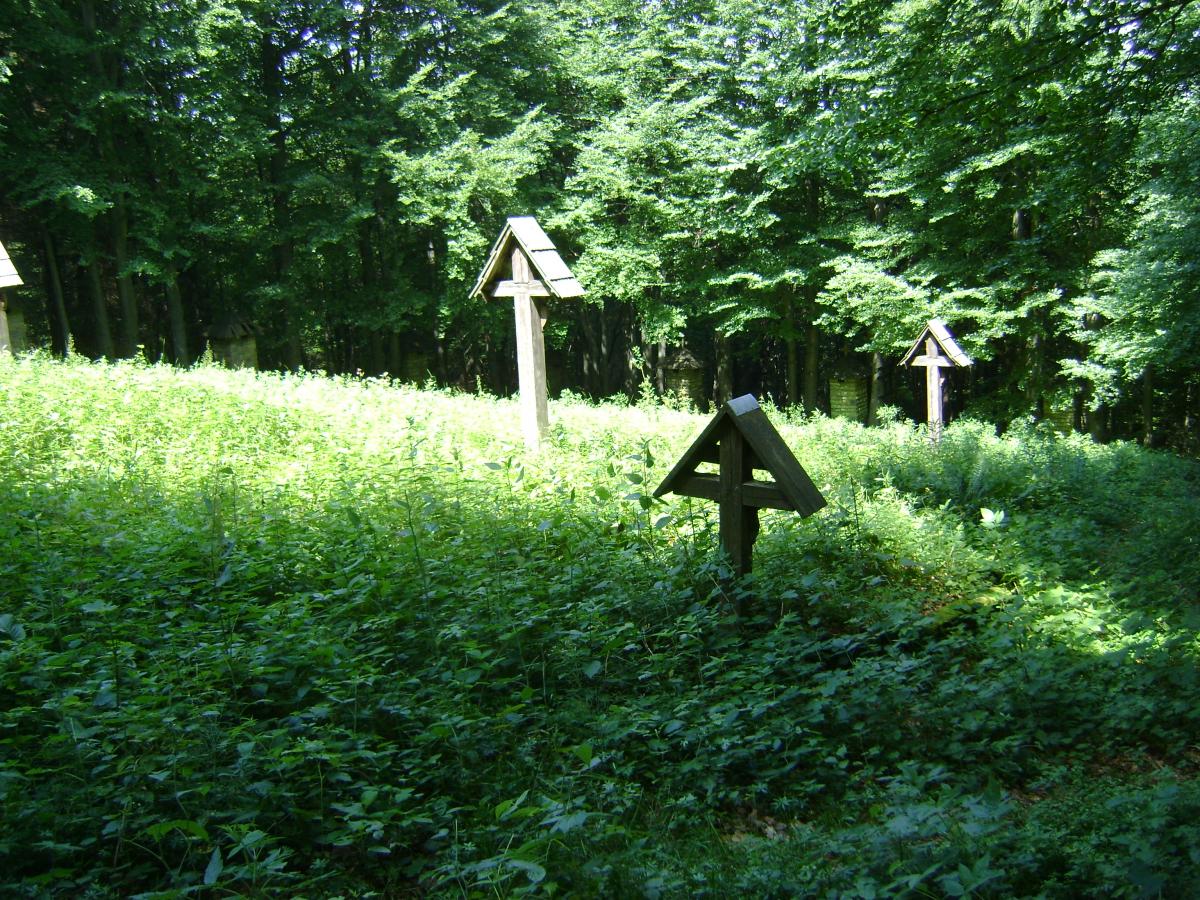 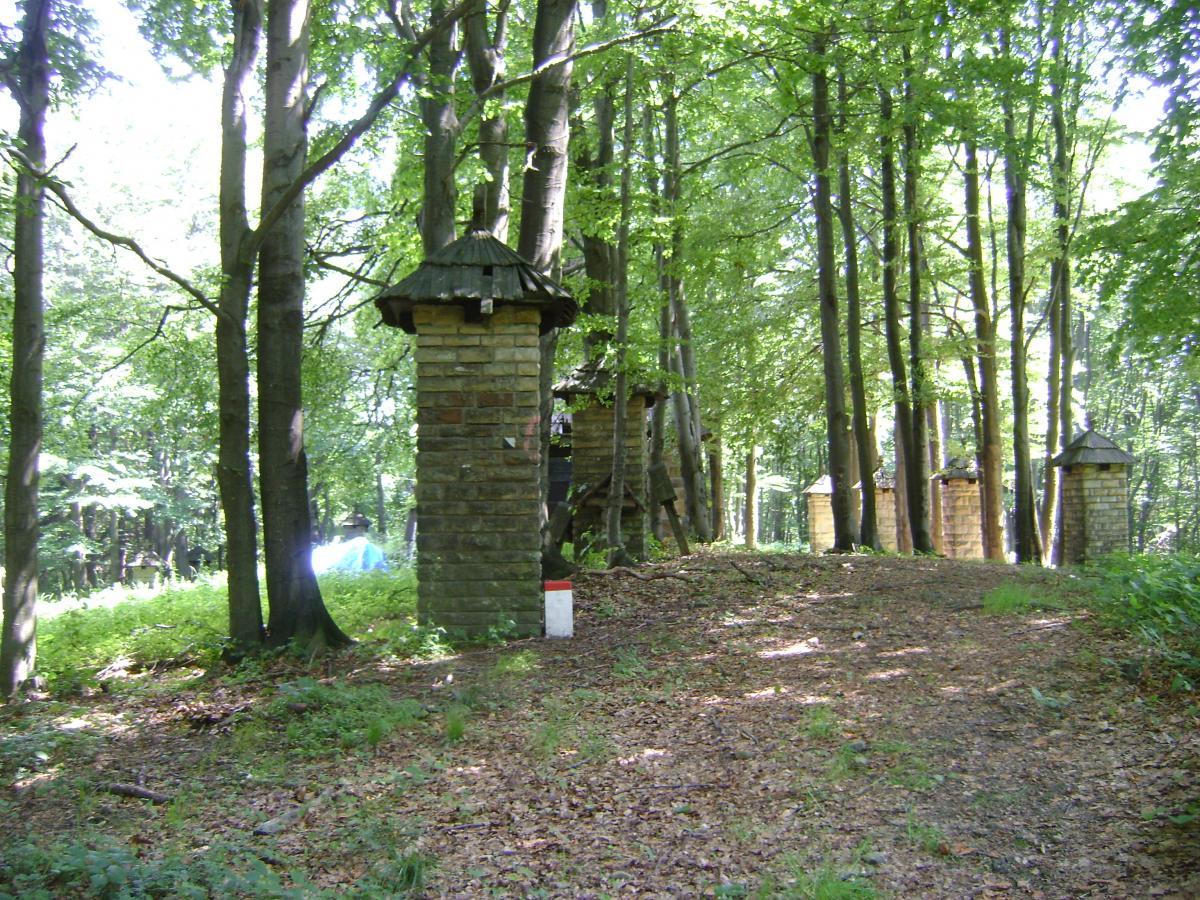 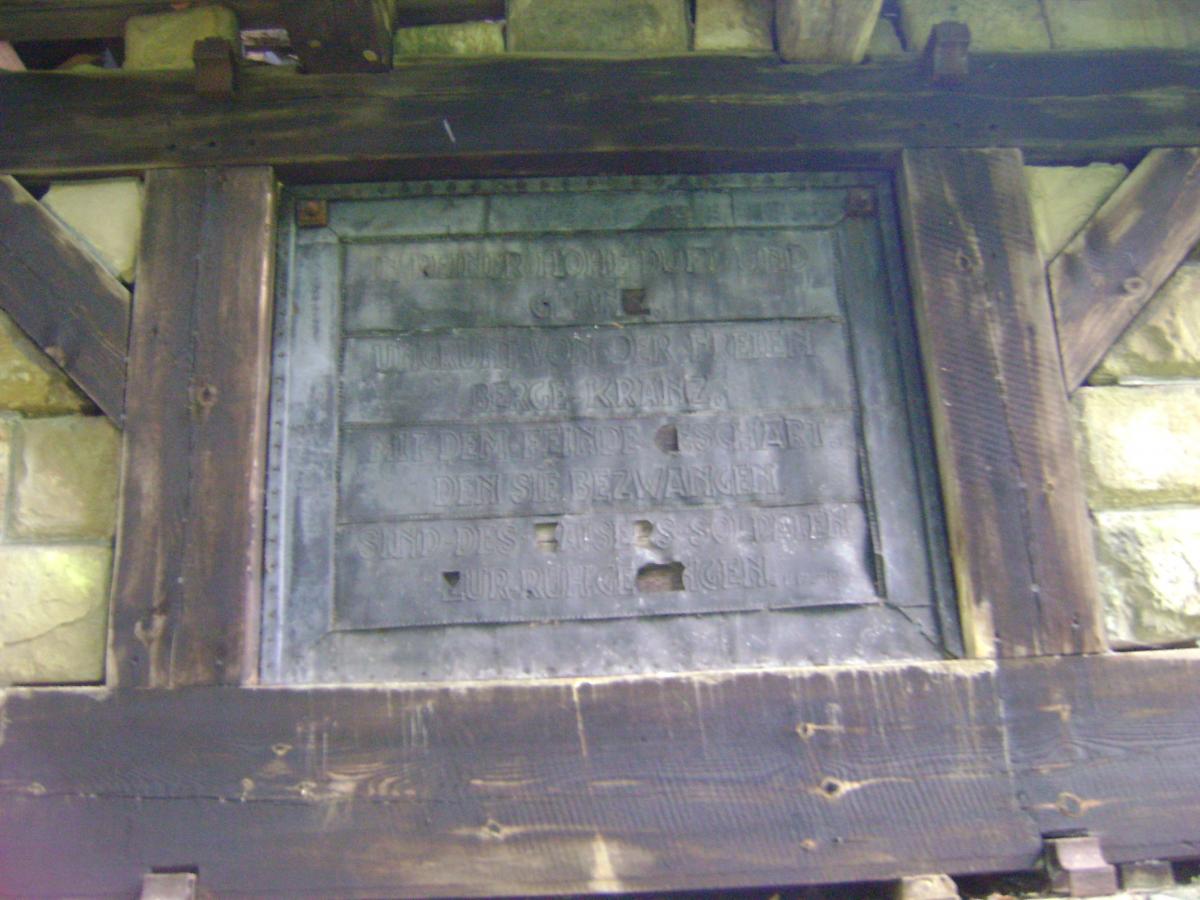 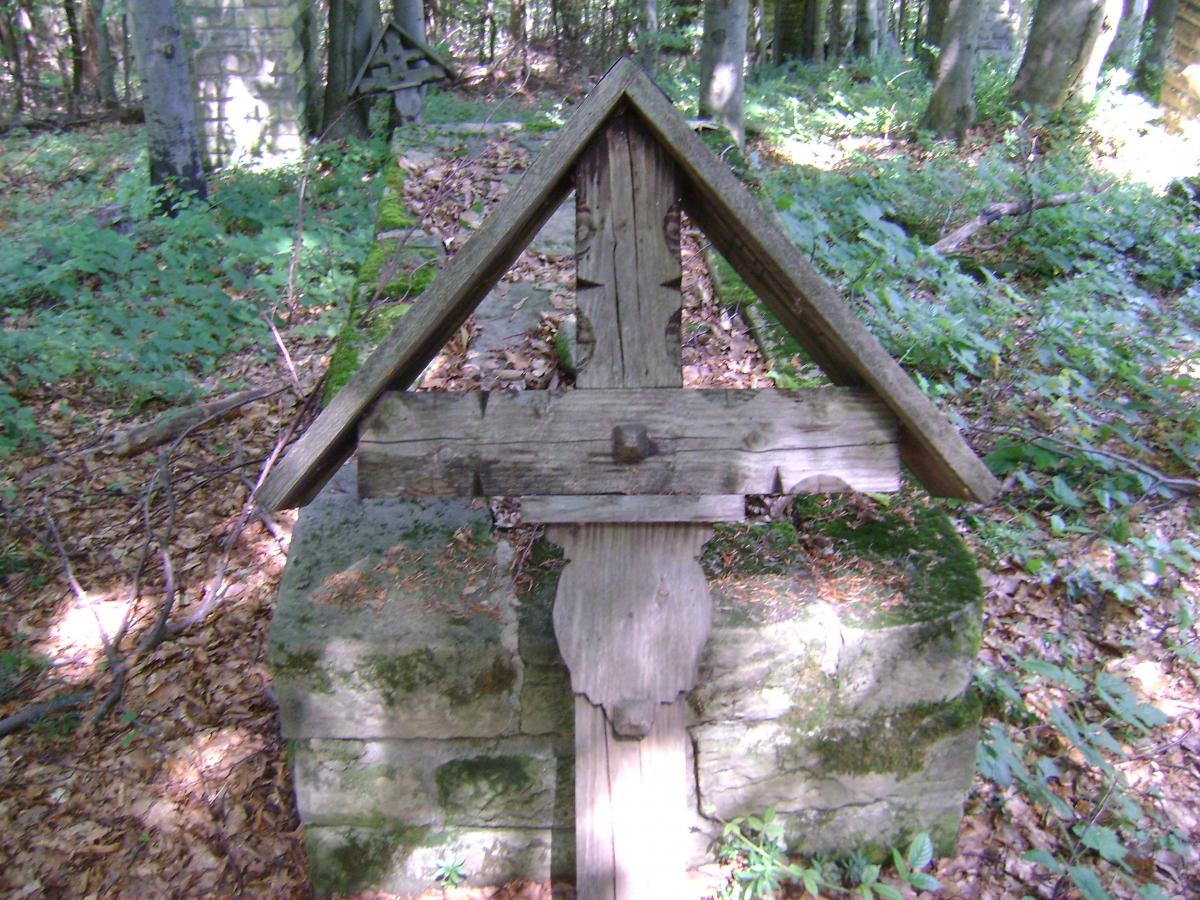 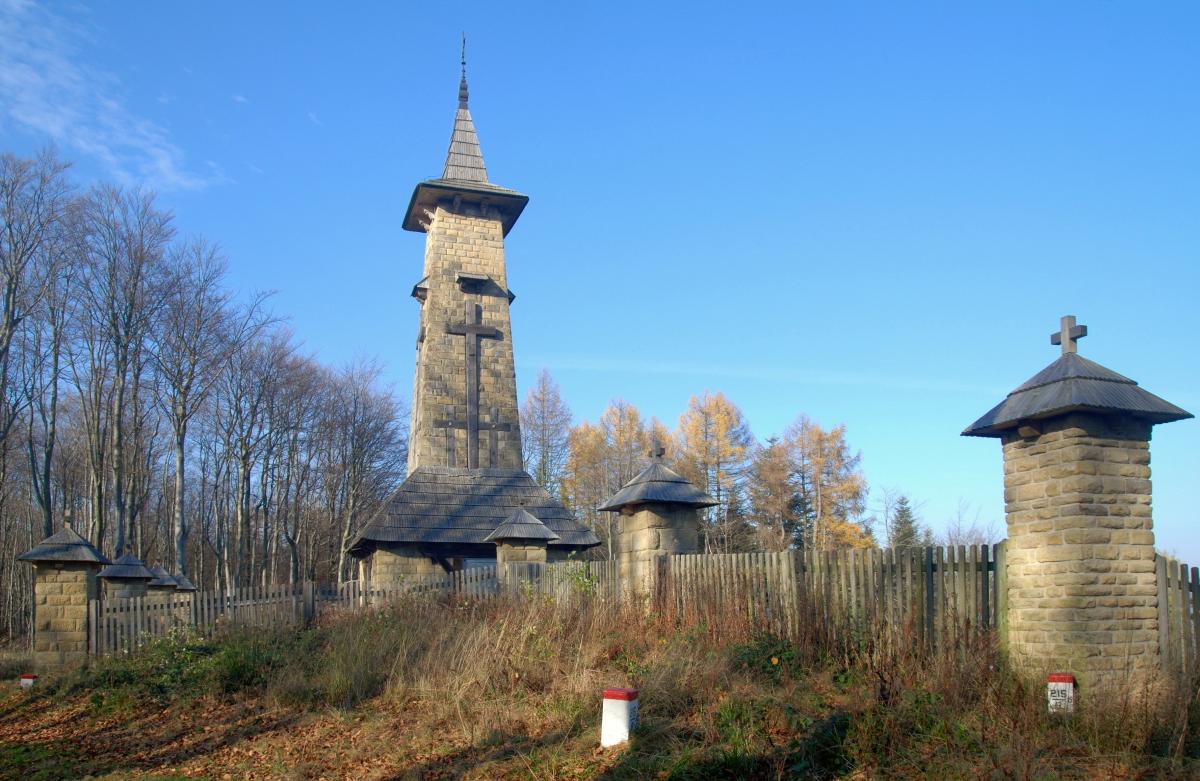 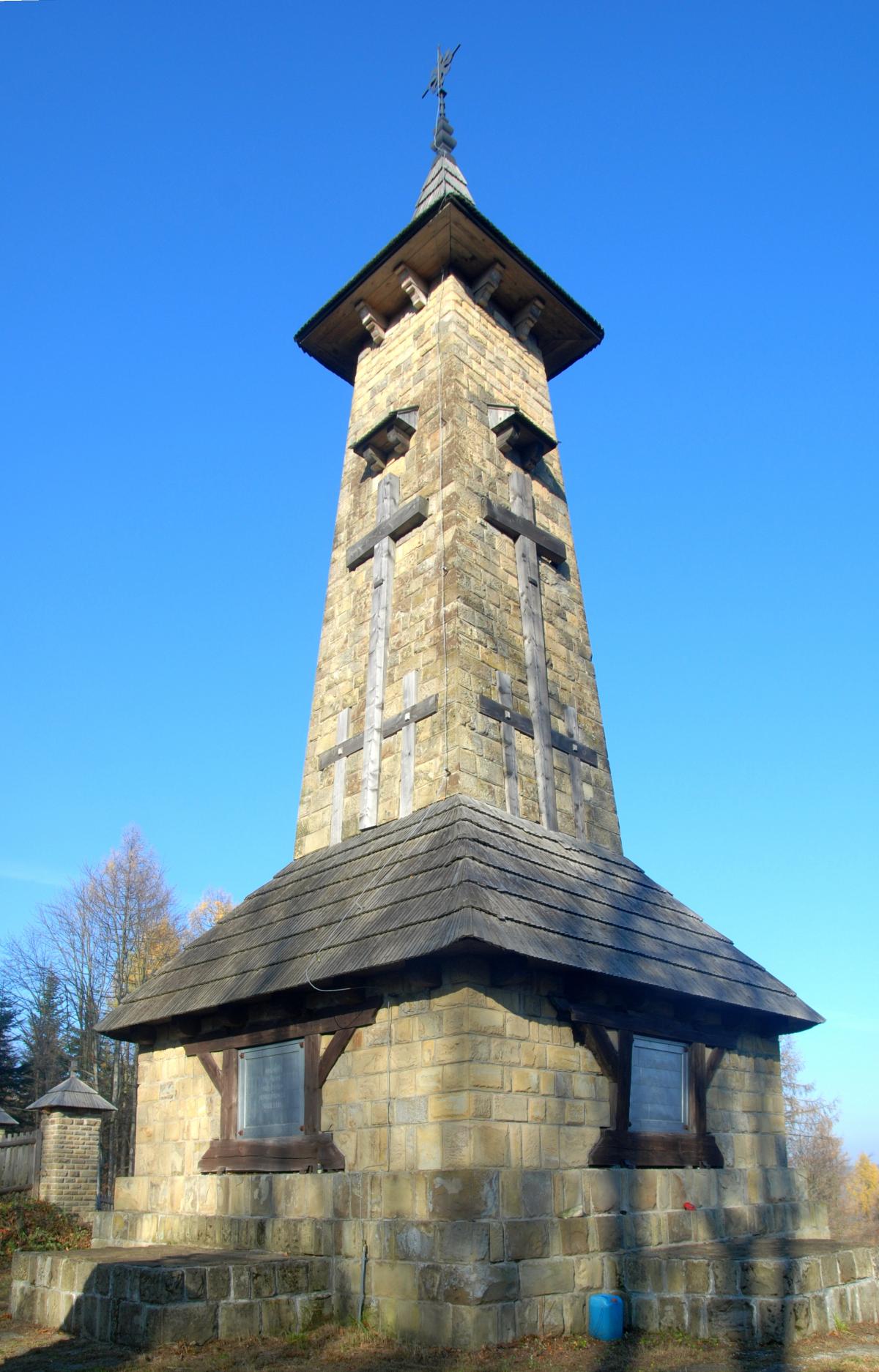 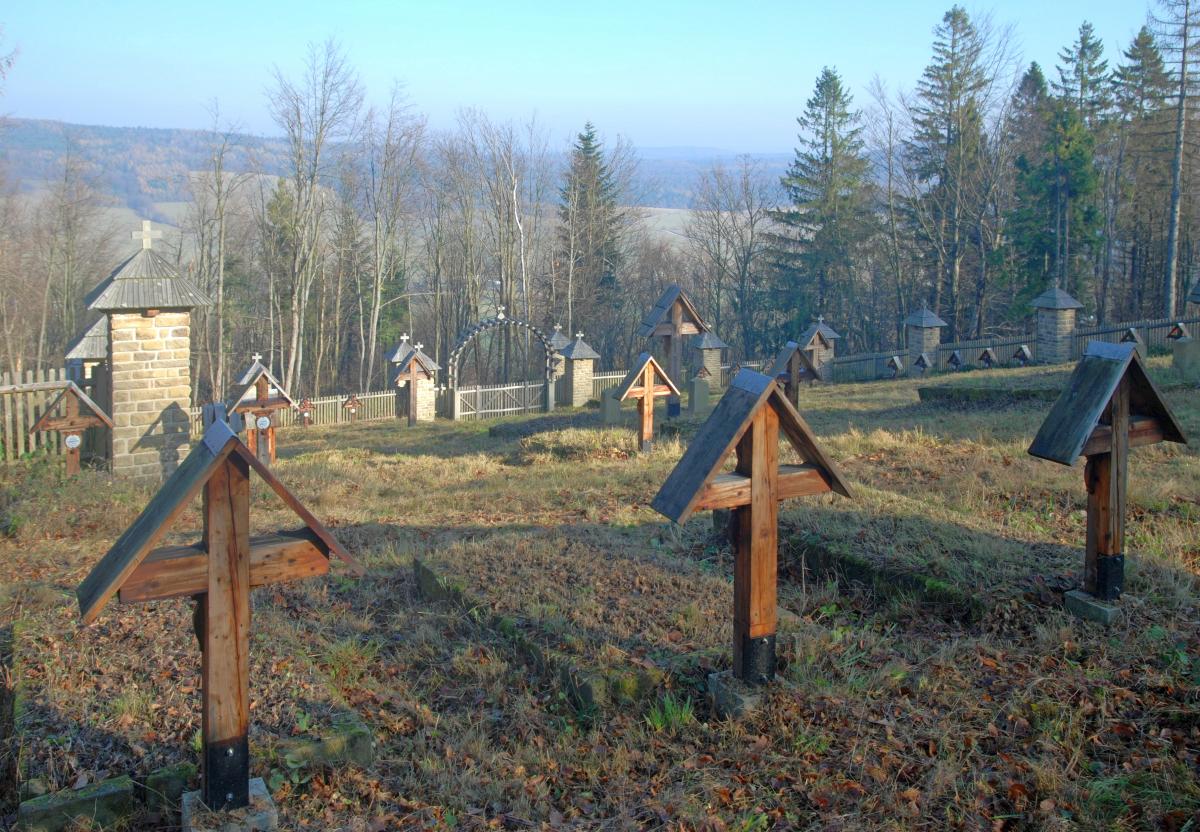 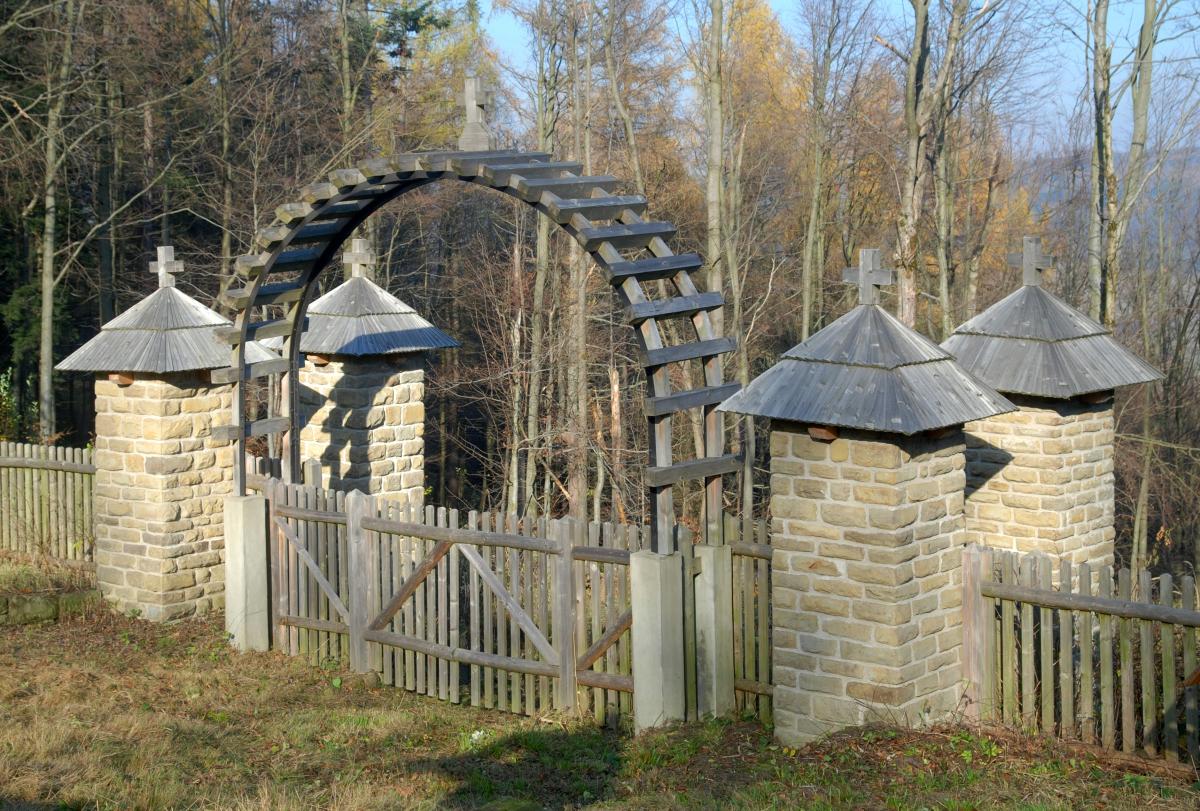