Light the virtual candle
gallery
Edit the description of the cemetery
add photos
number of votes 0
A beautiful cemetery
Return to the main page
War Cemetery in Trawniki - a historic cemetery from the First World War in the municipality of Trawniki, the poviat of Åšwidnica. The cemetery is located in the north-eastern part of the village, between the Wieprz River and the road leading to OleÅ›nik in the immediate vicinity of the fire station. It has the shape of a rectangle with an area of approximately 1450 m, approximately 40 by 36 m. The area of the cemetery is surrounded by a metal fence. Currently, two large mounds have been preserved in the cemetery, measuring approximately 12 to 7 m and about one meter high, between which there is a white stone monument with a black granite plaque on which a partially damaged inscription has been preserved: DEN HIER RUHENDEN / IM WELTKRIEGE / GEFALLENEN HELDEN / GEWIDMET VON DER KK / INF. FIS. SICH. ABTL. N 12 / JUNI 1916 Approximately 140 soldiers who died and died in World War I in 1914 and 1915 are buried in the cemetery. At the cemetery there are burials of Polish soldiers who died in battles with the Bolsheviks in the Battle of Cycow on August 16, 1920 and near ZamoÅ›Ä‡. There is a plaque on one of the graves: "The heroic defenders of the Fatherland, together with the commander Lt. Kazimierz MaÅ‚ynicz, fell in the battle with the Bolsheviks, and they keep an eternal guard among us, honor their memory, on behalf of the community." [source: Wikipedia, 2015817]
gallery
⮜⮿⮞
Wikipedia, Self-published work, War cemetery in Trawniki 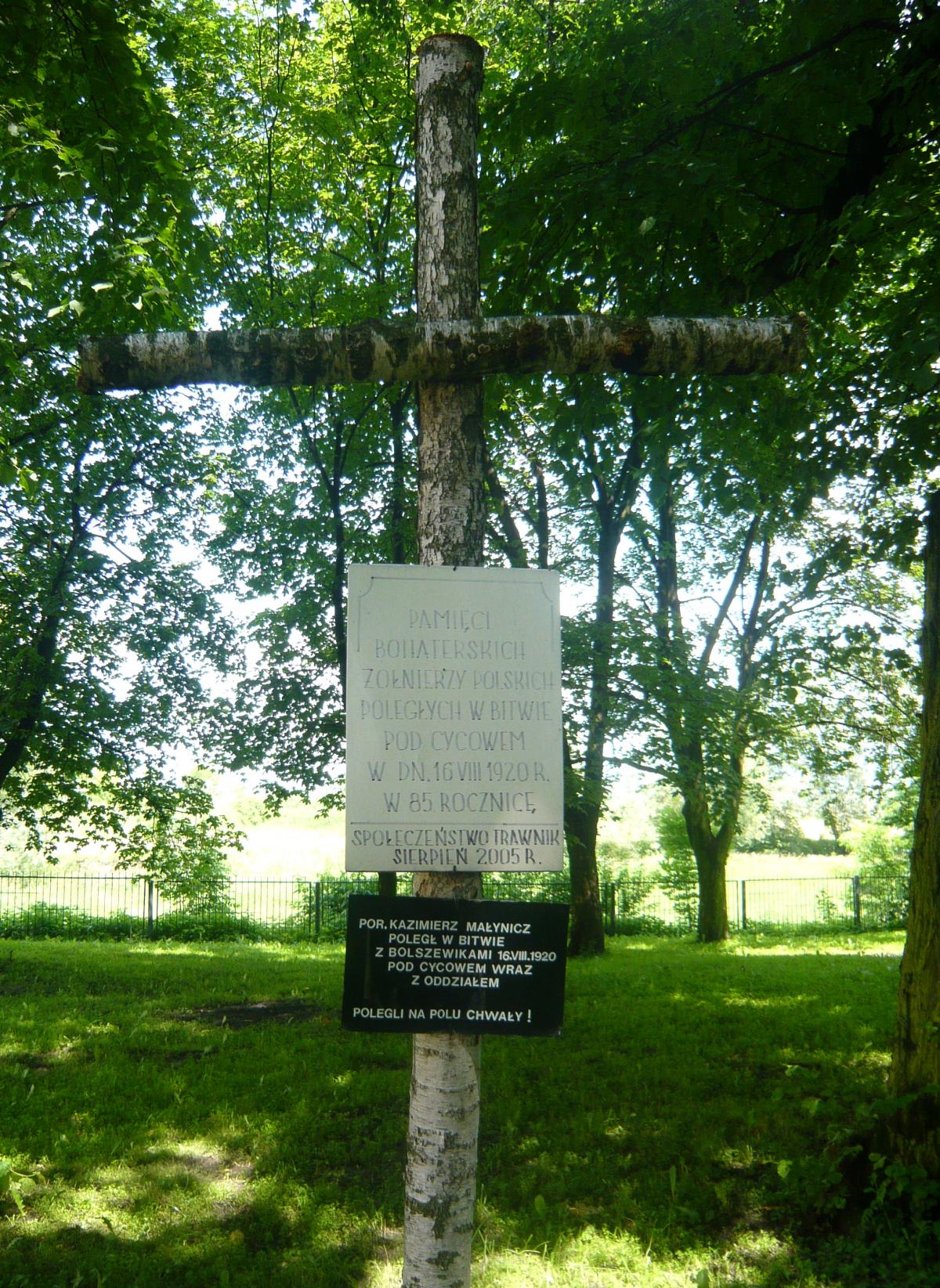 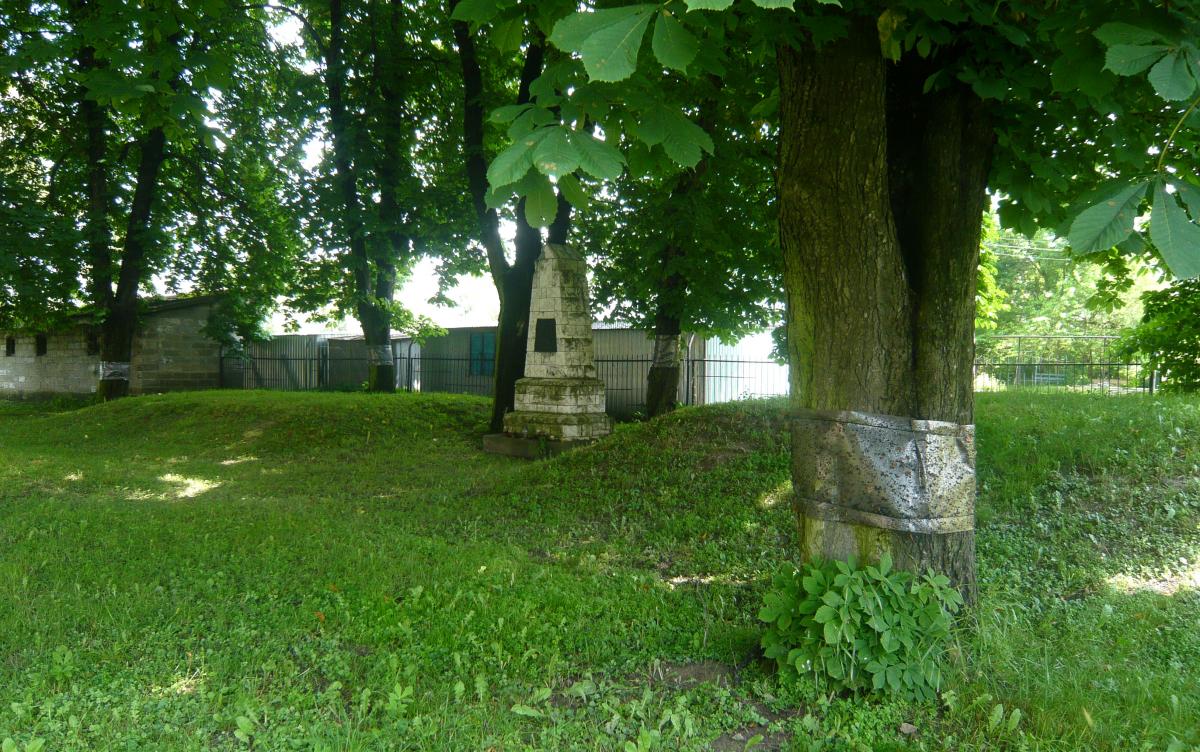 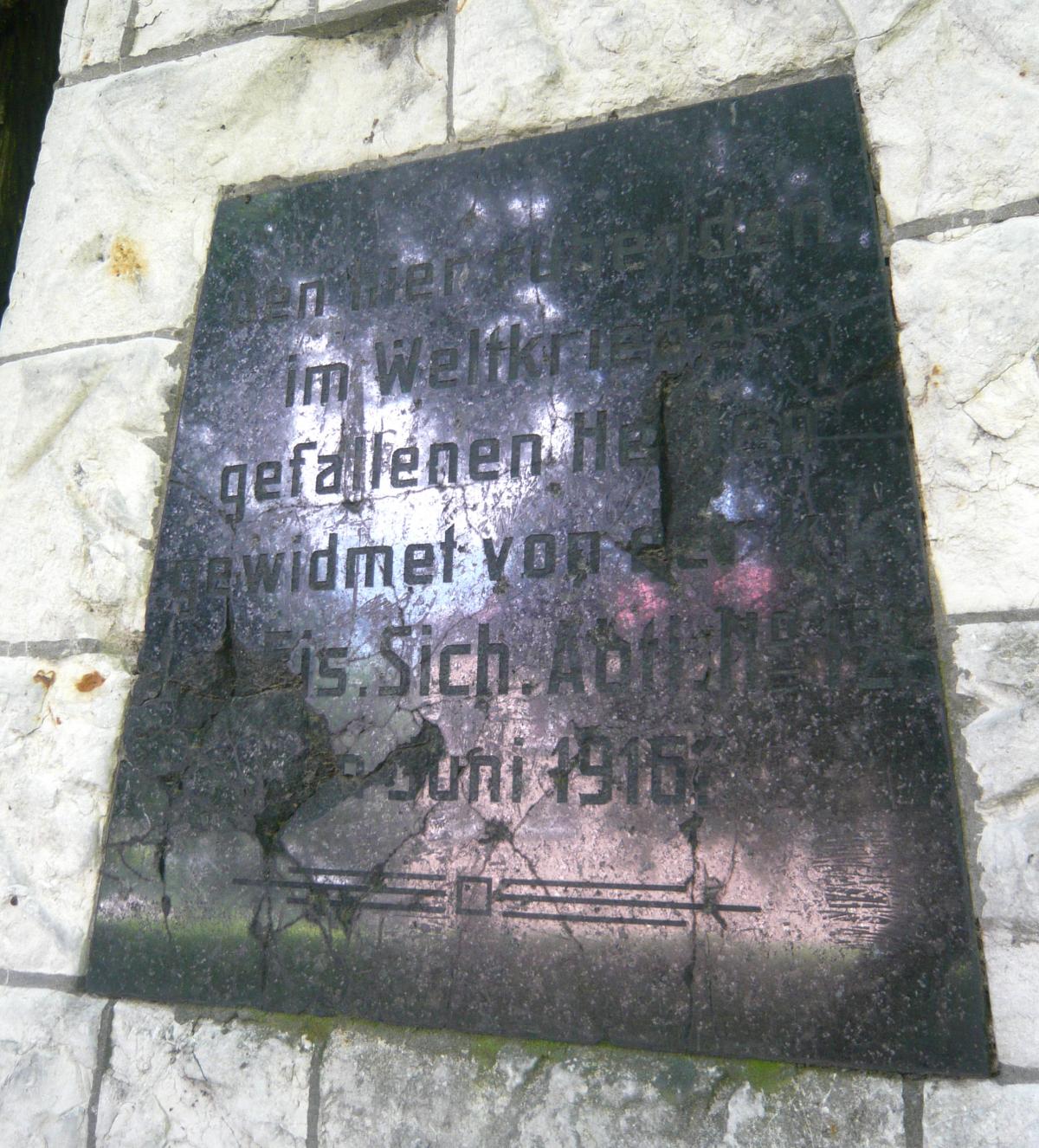 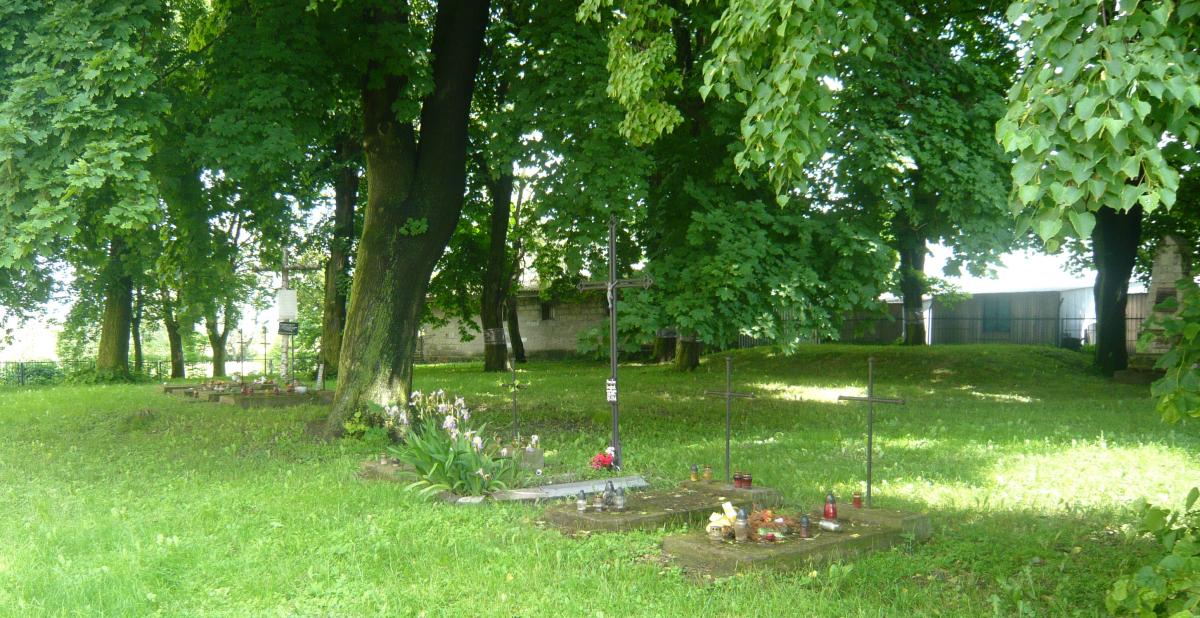