Light the virtual candle
gallery
Edit the description of the cemetery
add photos
number of votes 0
A beautiful cemetery
Return to the main page
Jewish cemetery in Pszczyna - a Jewish cemetery located in Pszczyna, in the interior of the plot at Katowicka Street. The cemetery covers an area of 0.6 ha, there are over 400 tombstones preserved on it. At present, it belongs to one of the best-preserved Jewish necropolises in the Silesian voivodeship. [source: Wikipedia, 167644]
History
The cemetery was officially founded in 1814. The first buried person was Jettel, the daughter of rabbi Hirschel Guttmann, who died on September 10, 1814 at the age of 4. Earlier, the members of the Pszczyna Jewish community were buried at the Jewish cemetery in MikoĹ‚Ăłw. In 1830, the funeral brotherhood of Chevra Kadish was established, headed by Wolf Armuth and Samuel BĂ¤ndel. In 1888, the cemetery area was expanded, and from the street side a brick fence was built with two stylized wrought iron gates and a neo-gothic pre-burial house, designed by Ernst Betz. A 35-meter long alley leads to it, on both sides of which the ash trees grow. The last funeral at the cemetery took place in 1941. During World War II, the cemetery was not damaged. After the war, no more official burials were held at the cemetery, even though there were about two hundred people in the town who had survived Jews. After the war, the Jews of Pszczyna died buried in cemeteries of other denominations and in the municipal cemetery in Piasko. In 1959 the cemetery was closed for burial purposes. About 400 gravestones, a brick fence and a pre-funeral house have been preserved at the cemetery. The largest of the tombstones, the impressive basalt monument with two columns supporting the triangular peak, comes from the turn of the 19th and 20th centuries. He belongs to Heinrich and Henriette Simons. [source: Wikipedia, 167644]
gallery
⮜⮿⮞
••••
Wikipedia, Jewish cemetery in Pszczyna, Self-published work 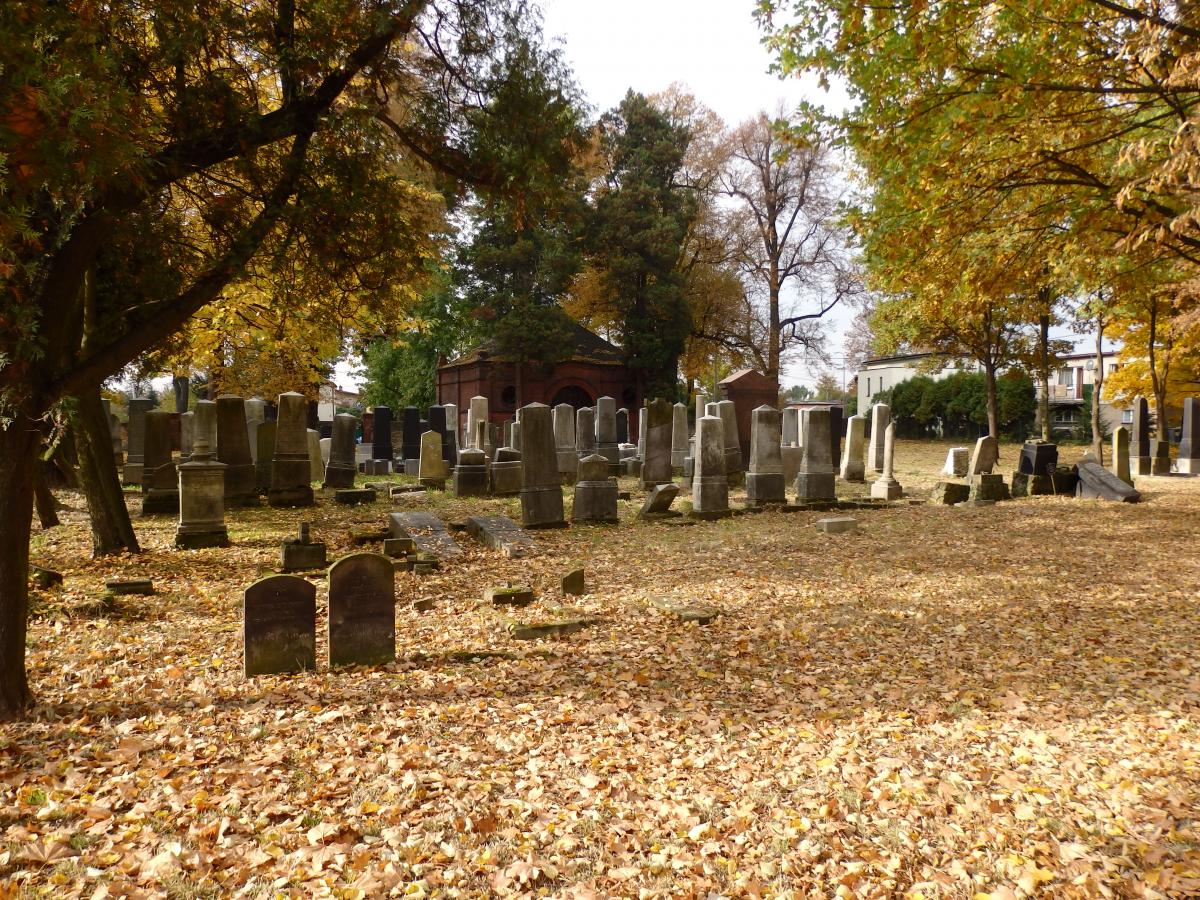 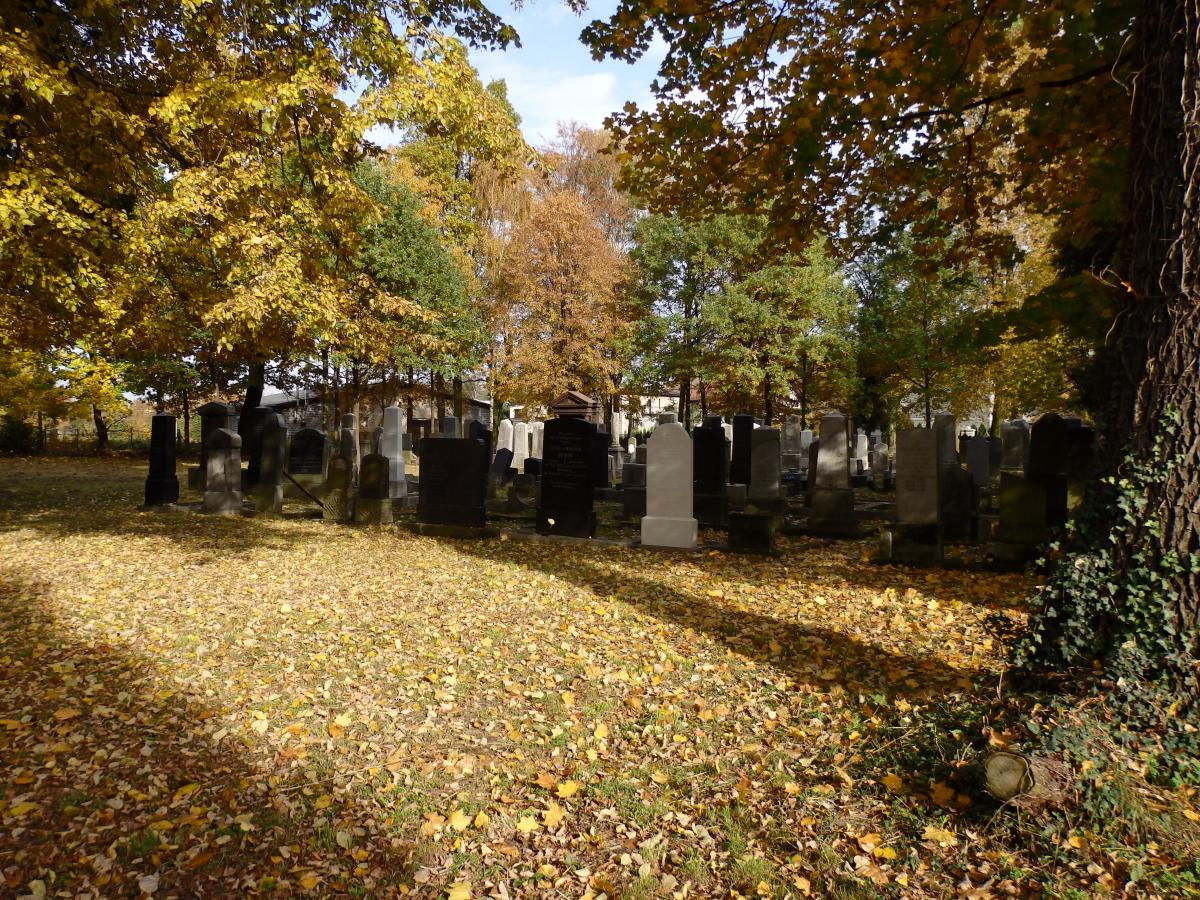 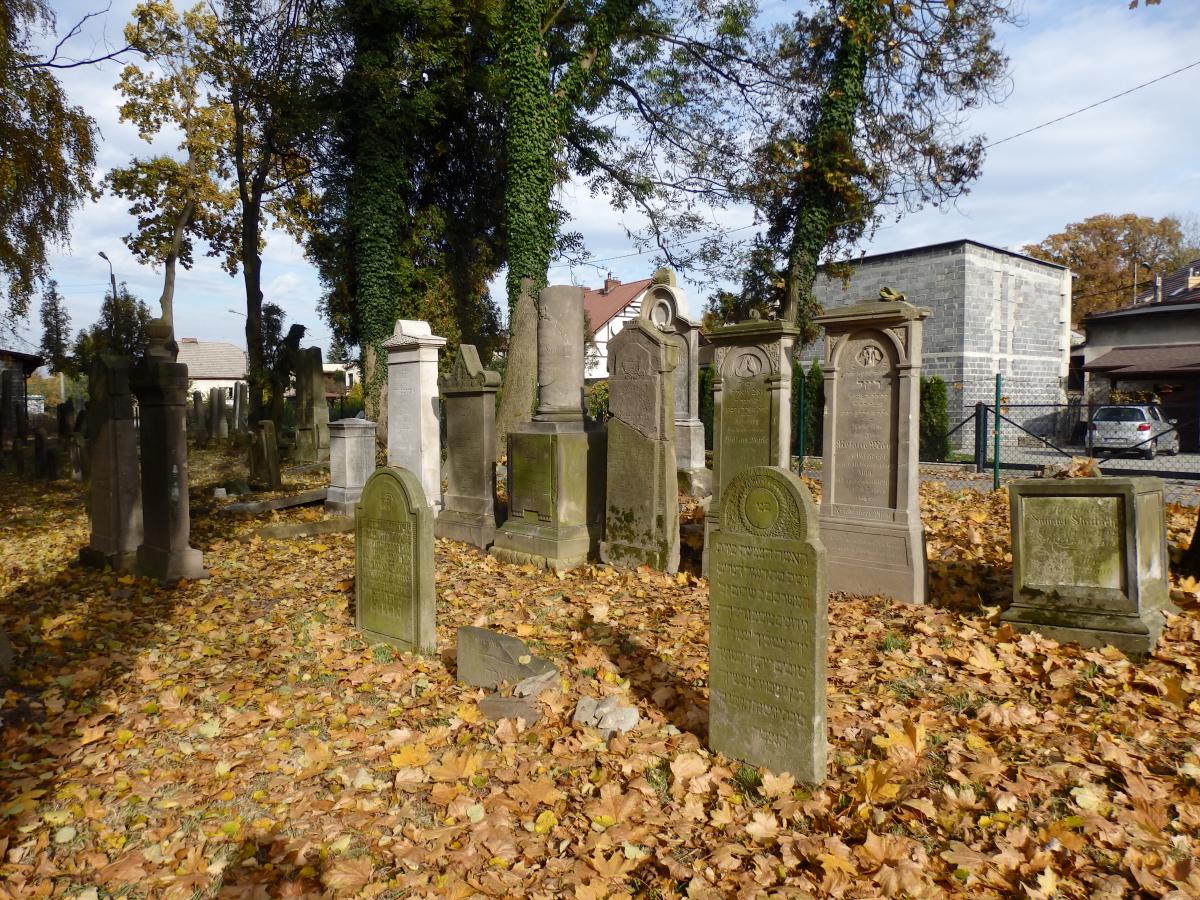 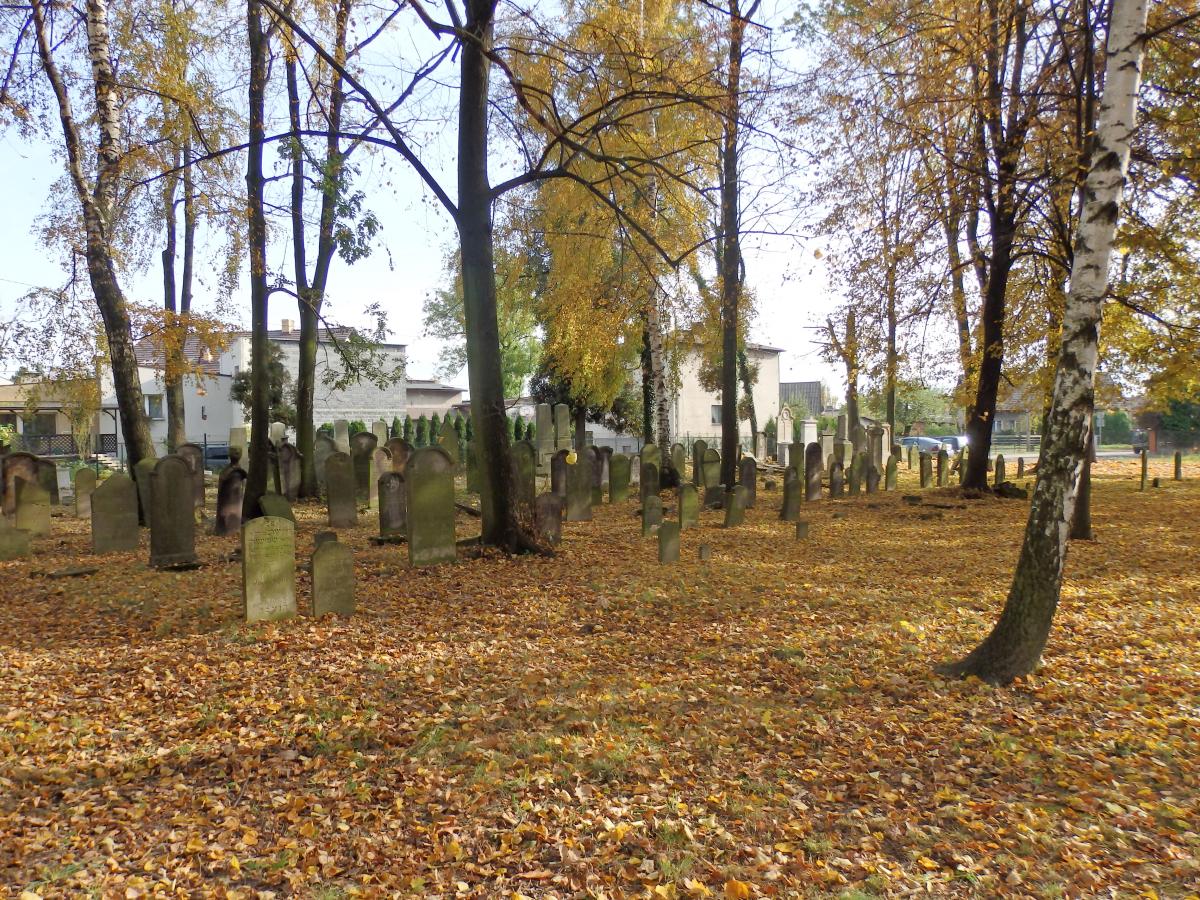 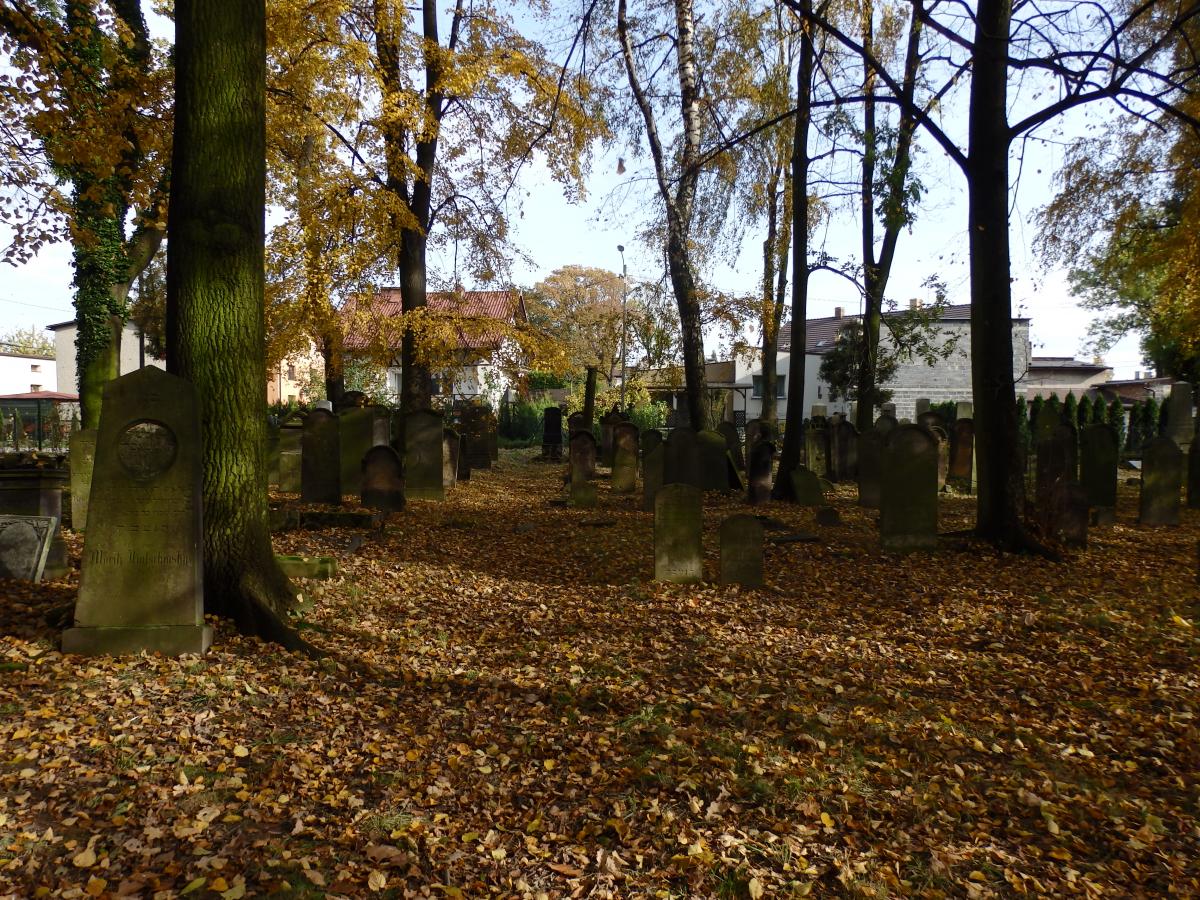 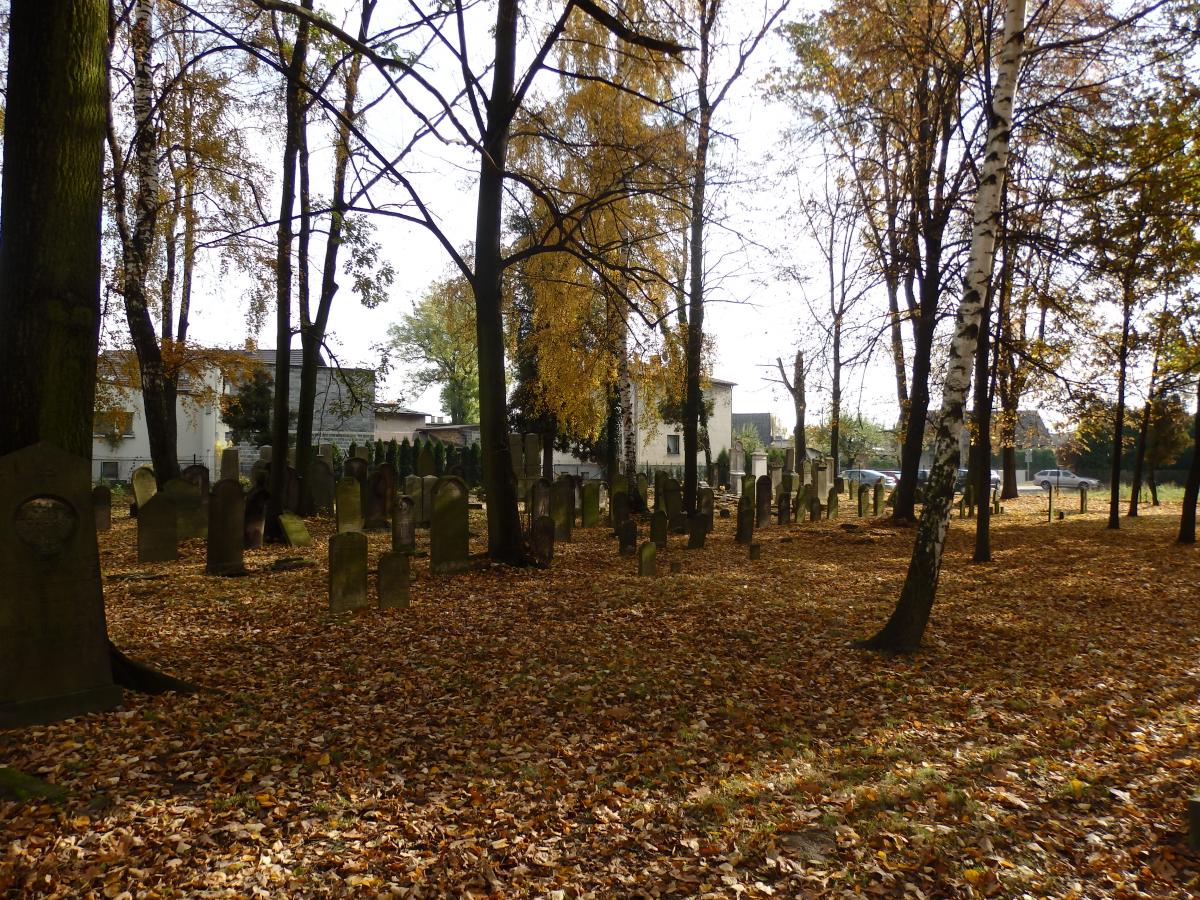 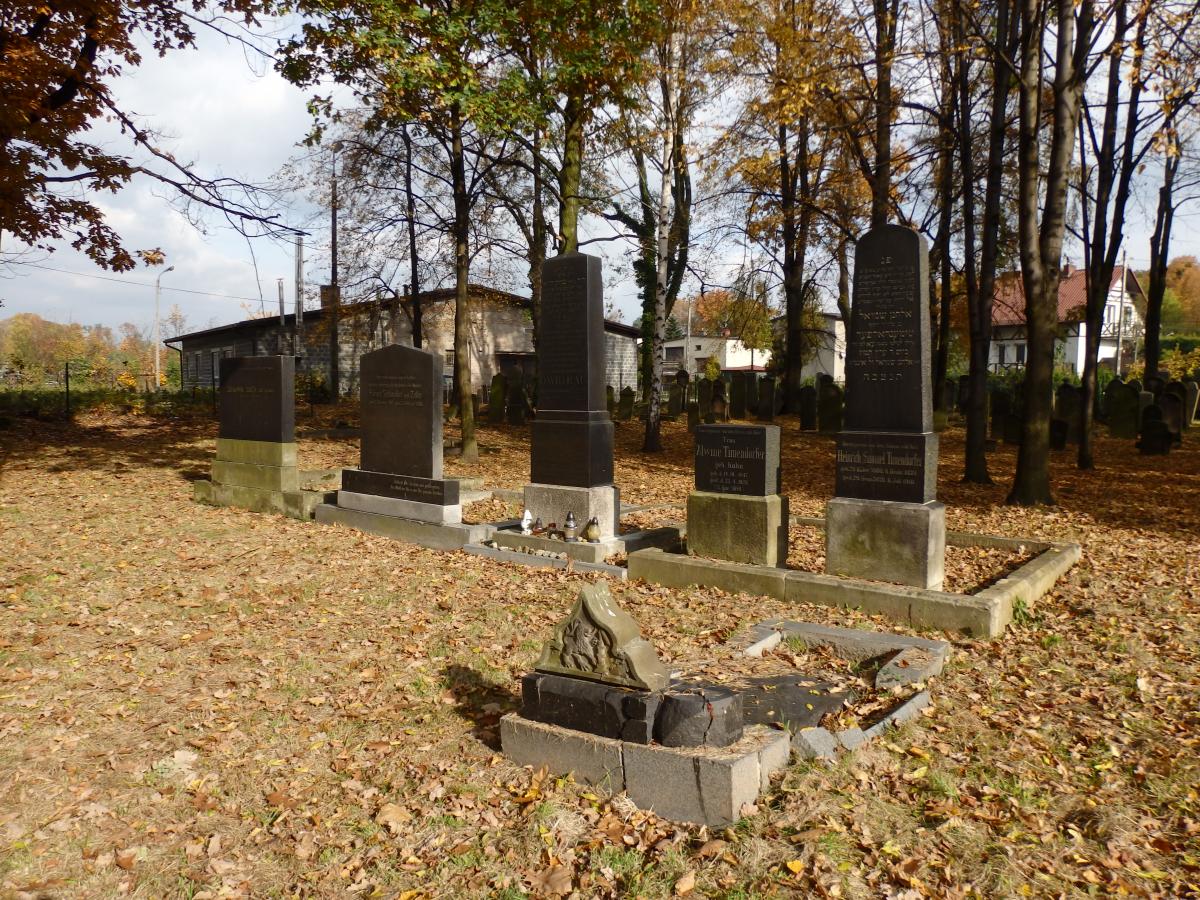 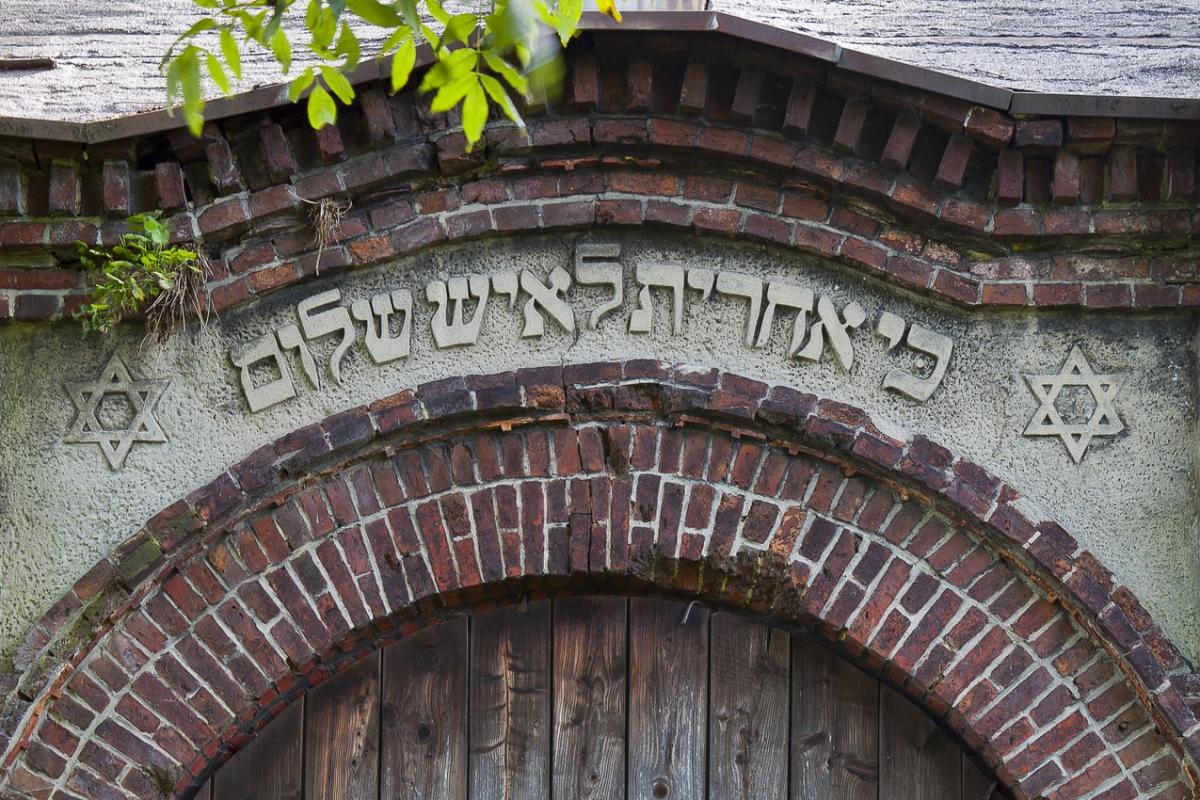 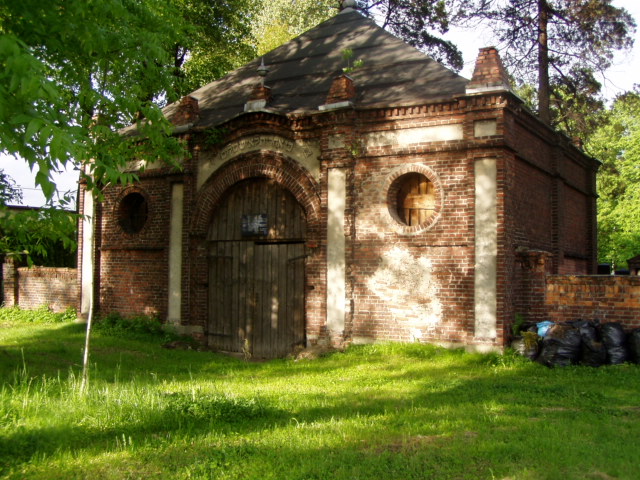 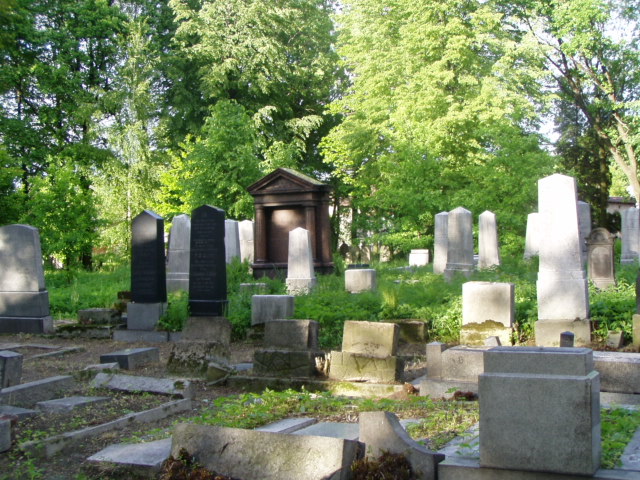