Light the virtual candle
gallery
Edit the description of the cemetery
add photos
number of votes 0
A beautiful cemetery
Return to the main page
War Cemetery No. 109 - Biecz - a war cemetery from the First World War in Biecz, in the Lesser Poland Voivodeship, in the Gorlice poviat. One of over 400 Western-Galician war cemeteries built by the Cemetery Graves Division of the C. and K. Military Commanders in Krakow. In the III Gorlice district, there are 54 cemeteries [source: Wikipedia, 1508173]
Description of the cemetery
It is located at the intersection of Parkowa and Kazimierza Wielkiego streets, near the fire station next to the road to JasĹ‚o . It was designed by Hans Mayr. It is enclosed in a typical way for this designer, with a full stone wall and a gate flanked by semicircular bastions. The main decorative element is a wooden Latin cross embedded in a fence covered with semicircular glory. Tombs arranged in rows and surrounded by concrete edges, paths between them covered with gravel. On the part of the tombstones there are several types of crosses with name plates and steles, also with name plates . [source: Wikipedia, 1508173]
the fallen
271 soldiers are buried in the cemetery, including
The fate of the cemetery
In the interwar period, the cemetery was still in good condition as new. After World War II, the importance of the cemetery in the awareness of the society and the then authorities decreased, because new, more recent cemeteries and dramatic stories of the new war came. The cemetery was naturally destroyed by weather and vegetation factors, sometimes also by vandals
gallery
⮜⮿⮞
••
Wikipedia, Cultural heritage monuments in Poland with old known IDs, PD-self, Self-published work, World War I Cemetery nr 109 in Biecz 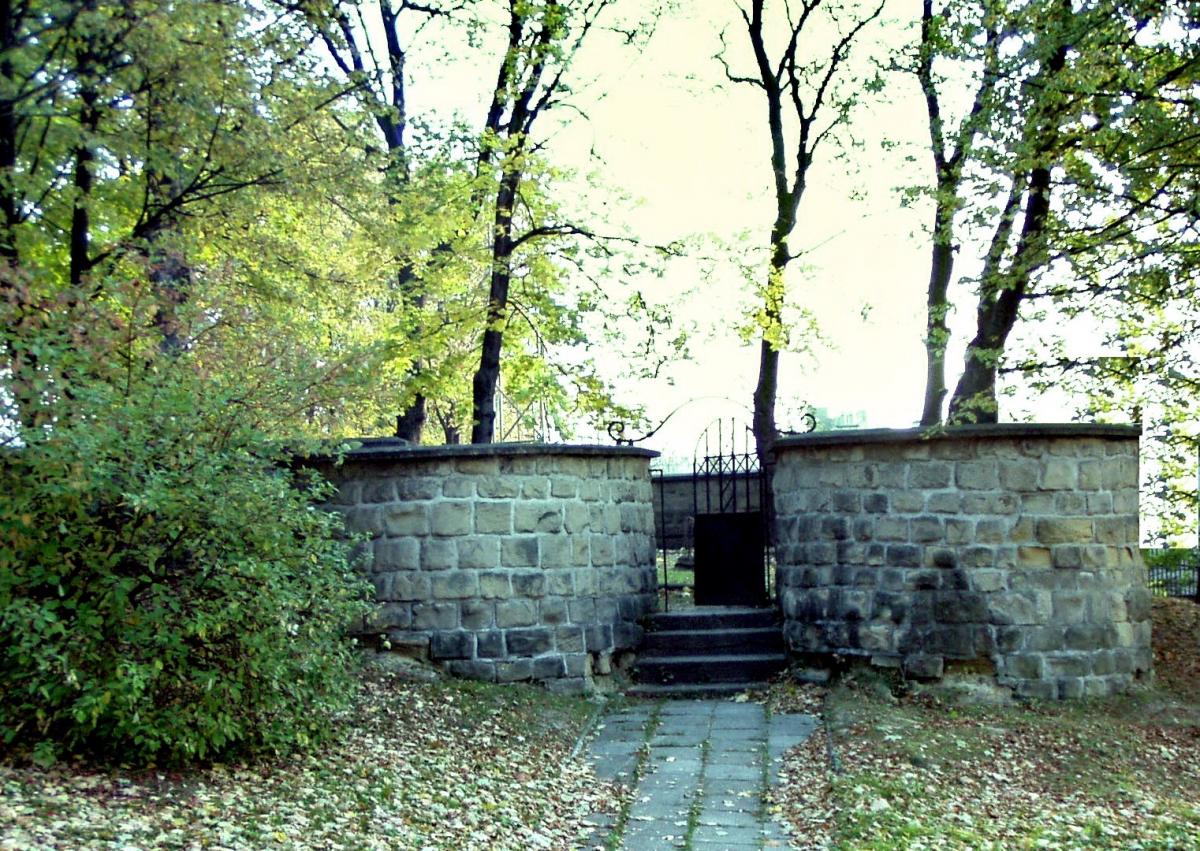 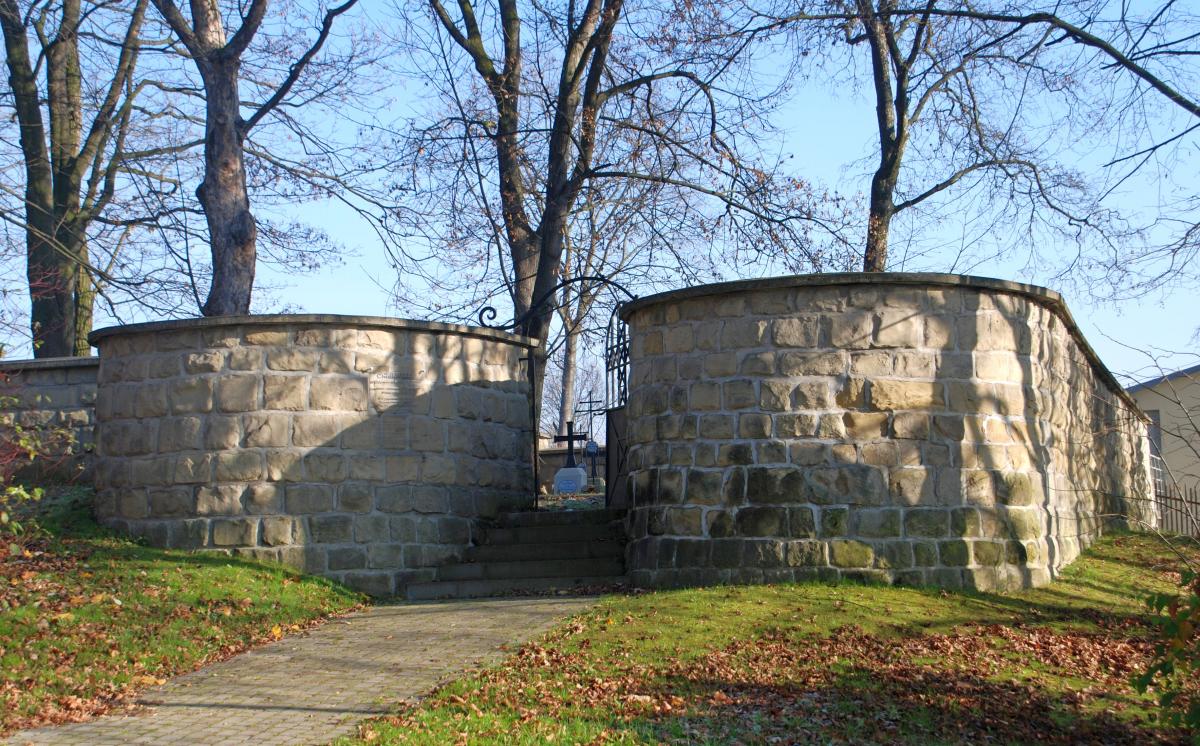 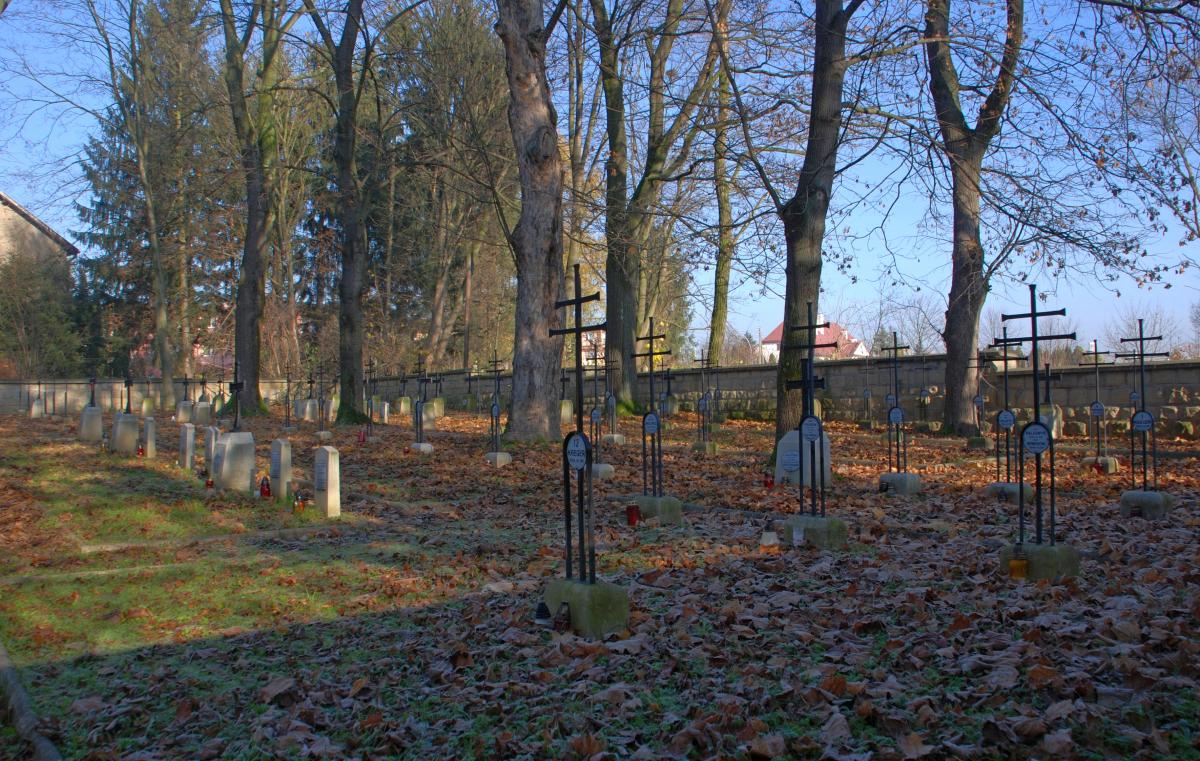 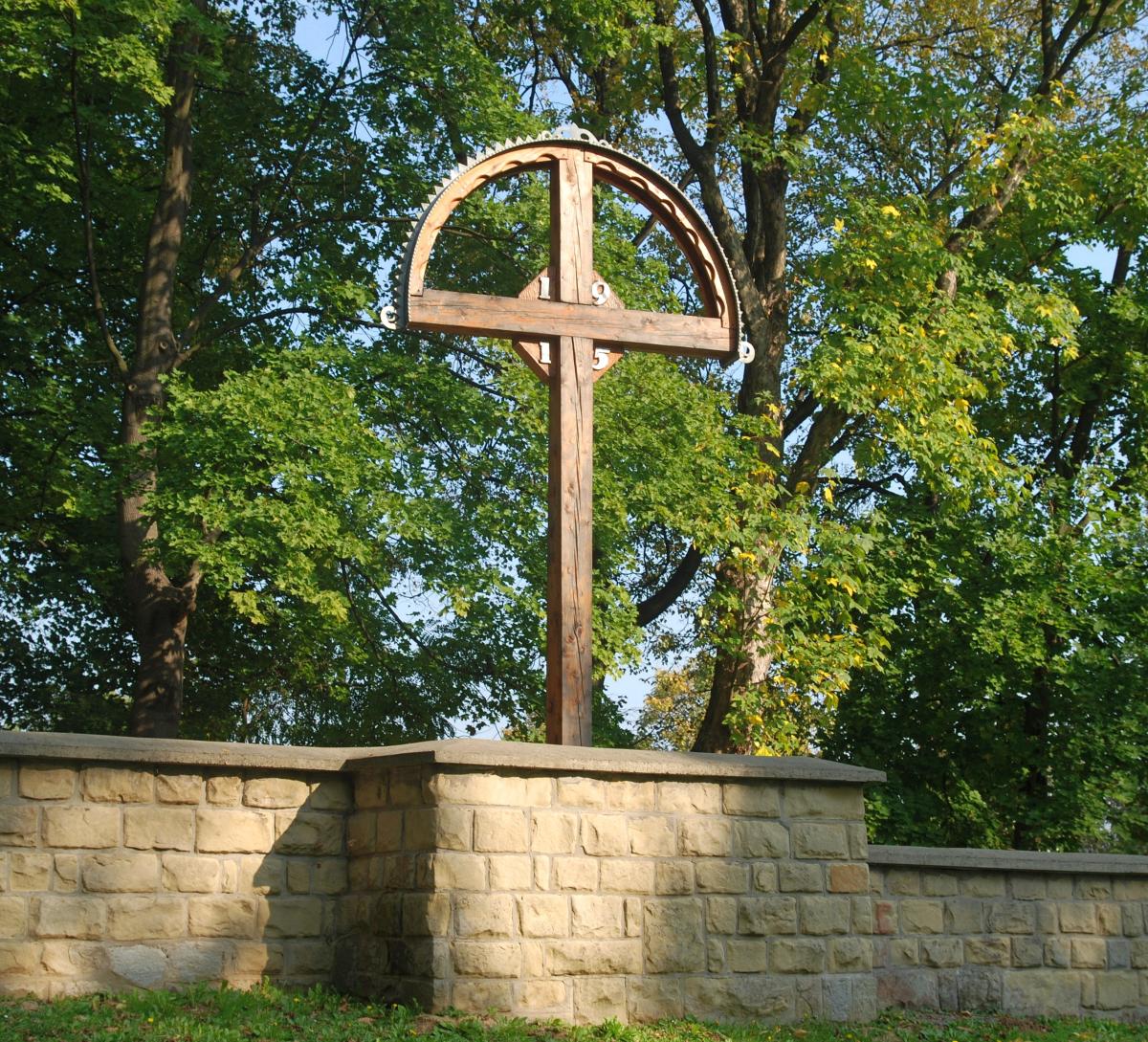 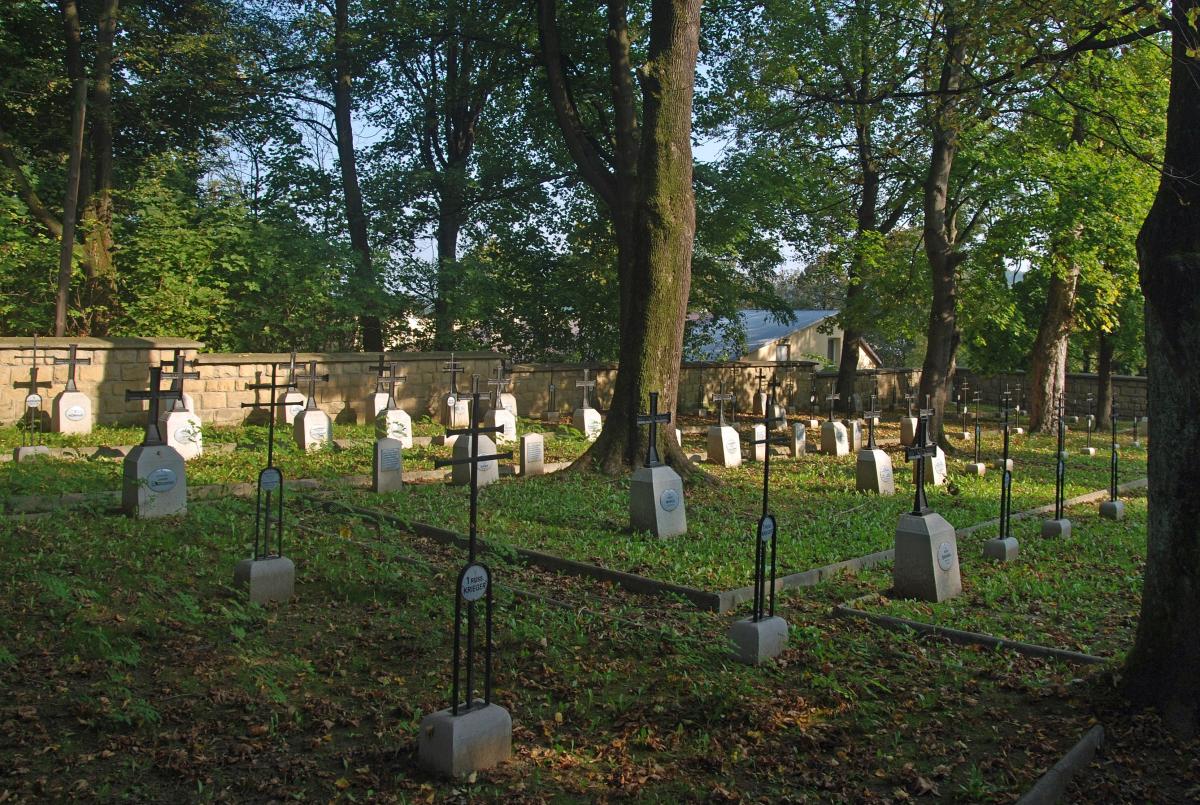 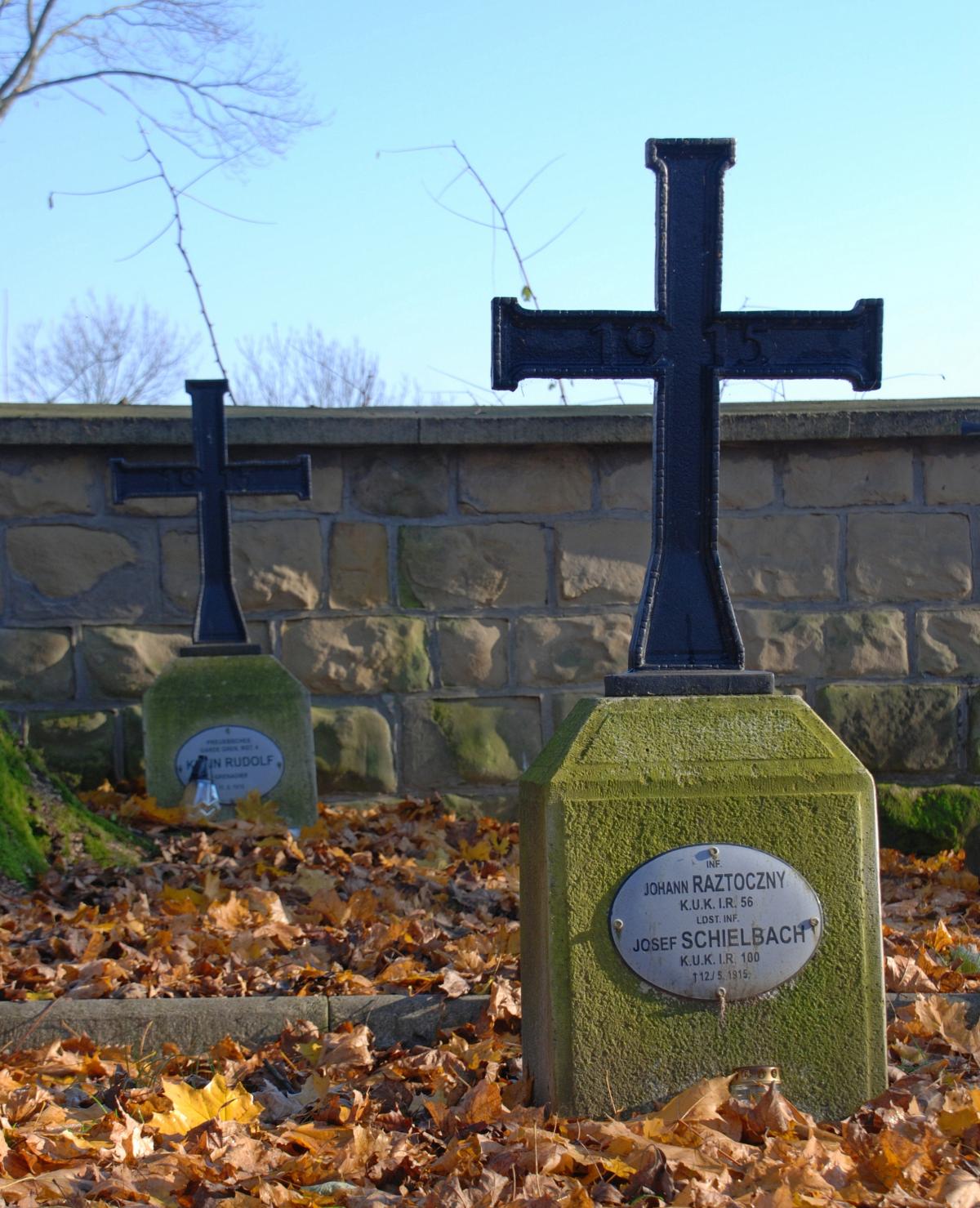 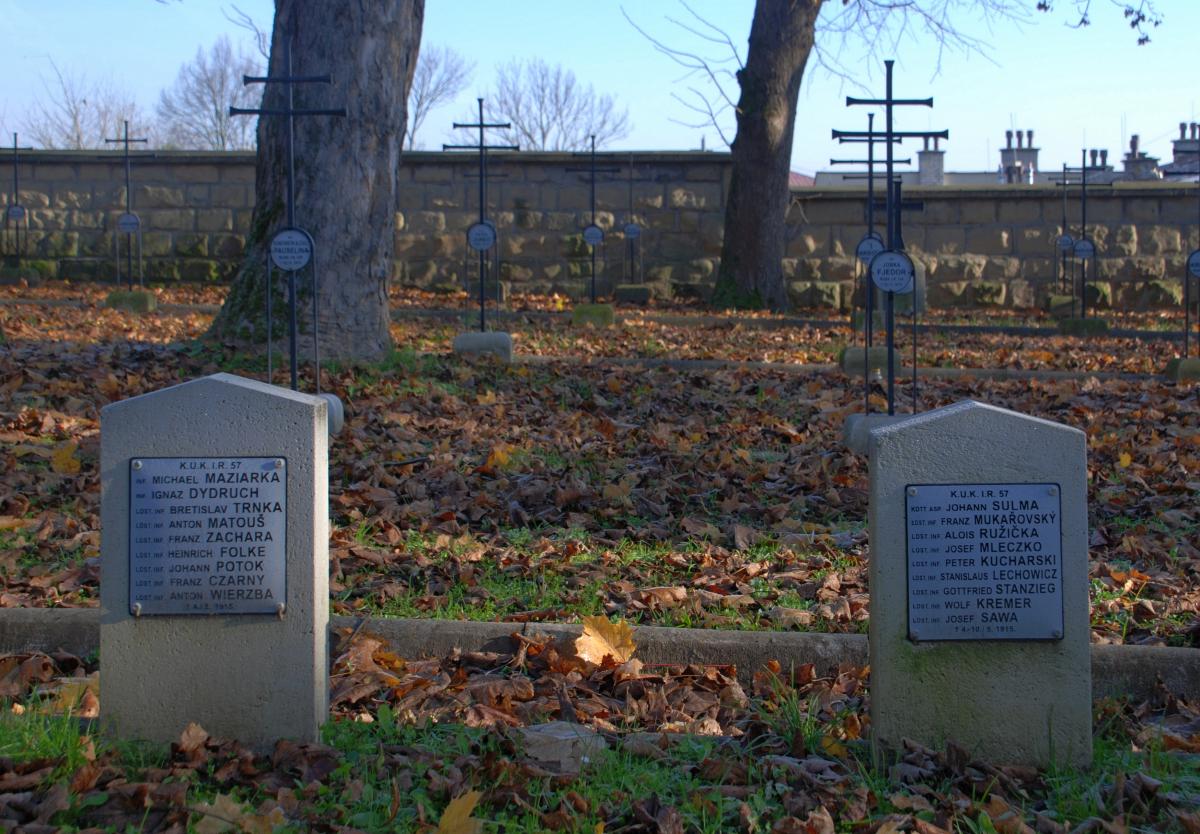 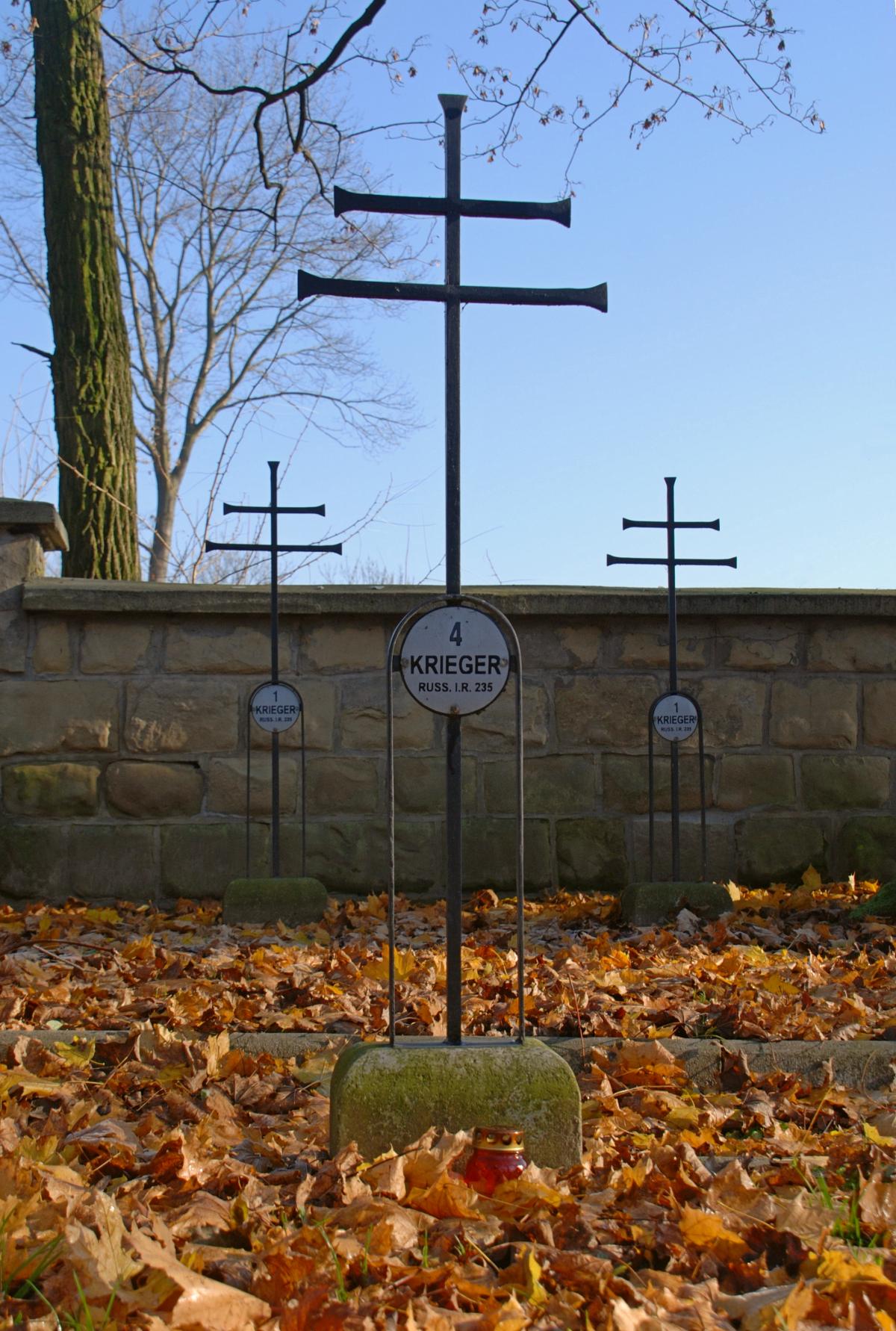 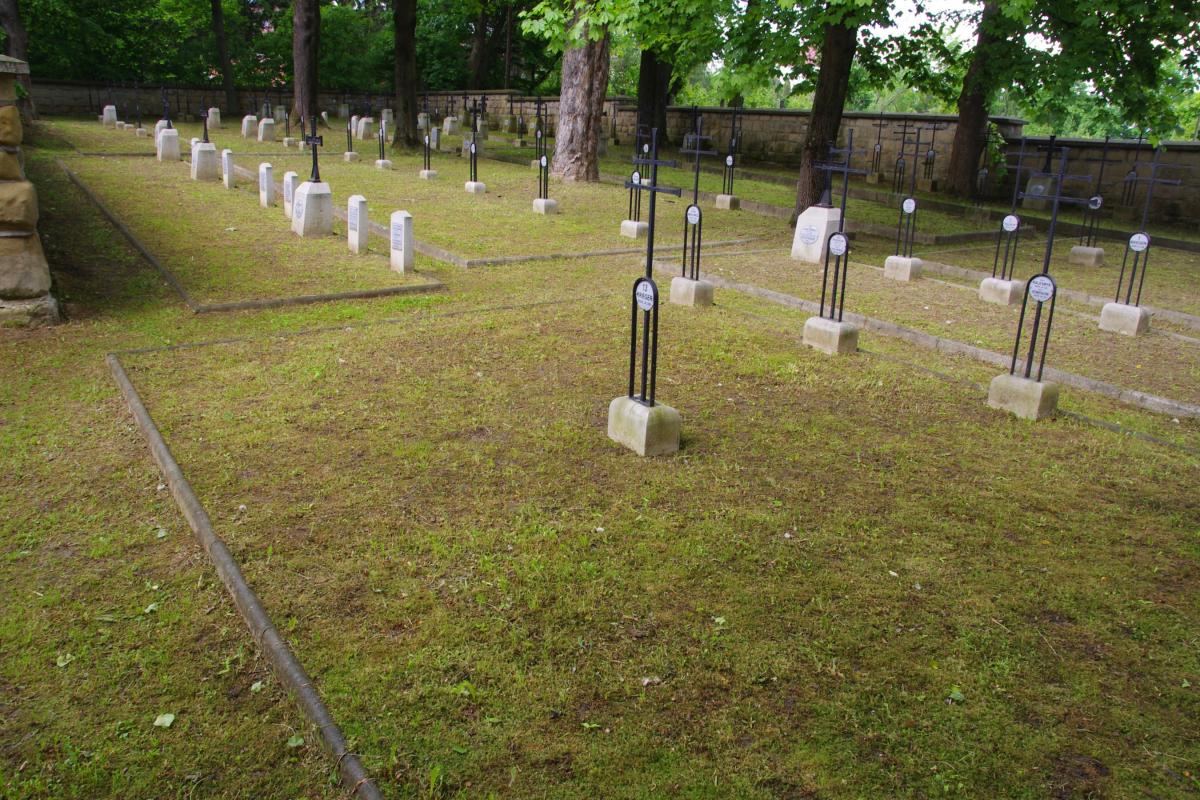