Light the virtual candle
gallery
Edit the description of the cemetery
add photos
number of votes 0
A beautiful cemetery
Return to the main page
War Cemetery No. 165 in Bistuszowa - a historic cemetery from World War I located in Bistuszowa in the Lesser Poland Voivodeship, in the TarnĂłw County, in the municipality of Ryglice. It is one of 400 Western-Galician war cemeteries built by the Cemetery Graves Division of the C. and K. Military Commanders in Krakow. In the 6 th TarnĂłw district, these cemeteries are 63 . [source: Wikipedia, 2777675]
Location
The cemetery is located in the town of Bistuszowa, but near the border with TuchĂłw. It is visible from a distance, because it is located on a non-forest area, among cultivated fields, and during the construction of the cemetery trees were planted on it. In 2015, they are 100-year-old specimens, 5 of them have been preserved. Access to the cemetery is indicated by the original Austrian concrete plaque on a concrete pillar. It is mounted in the same place where the builder of the cemetery set it and a short dirt road leads from it to the cemetery. Currently, however, next to the cemetery there is another, asphalt road and a black tourist trail called the 650th anniversary of Tuchowa . [source: Wikipedia, 2777675]
Description of the cemetery
The cemetery was designed by the German architect Heinrich Scholz on an octagon plan. The fence is made of metal pipes stretched between concrete pillars. Entry through a double-gate with metal rods. The central monument is a stone pedestal with dates from 1914-1915. A Latin metal cross was mounted on it. Tombstones are concrete steles. On the front wall there is a cast-iron Maltese cross with a laurel wreath . From the forestless surroundings of the cemetery, there is a wide panoramic view, especially on the nearby Brzanki Range. [source: Wikipedia, 2777675]
the fallen
In 13 collective graves and 14 individual burials, 87 soldiers of the Austrian army were buried here. 53 have been identified
The fate of the cemetery
Burial soldiers made shortly after the battle in May 1915. Local residents at the behest of the owner of the land and the court KozĹ‚Ăłw - Eve du Laurans, who gave the cemetery plot of 280 m 2. Soon, the Austrians also began to build a cemetery. The funds came mainly from voluntary fund-raisers, including from the sale of a postcard with a photo of this cemetery
gallery
⮜⮿⮞
Wikipedia, Self-published work, World War I Cemetery nr 165 in Bistuszowa 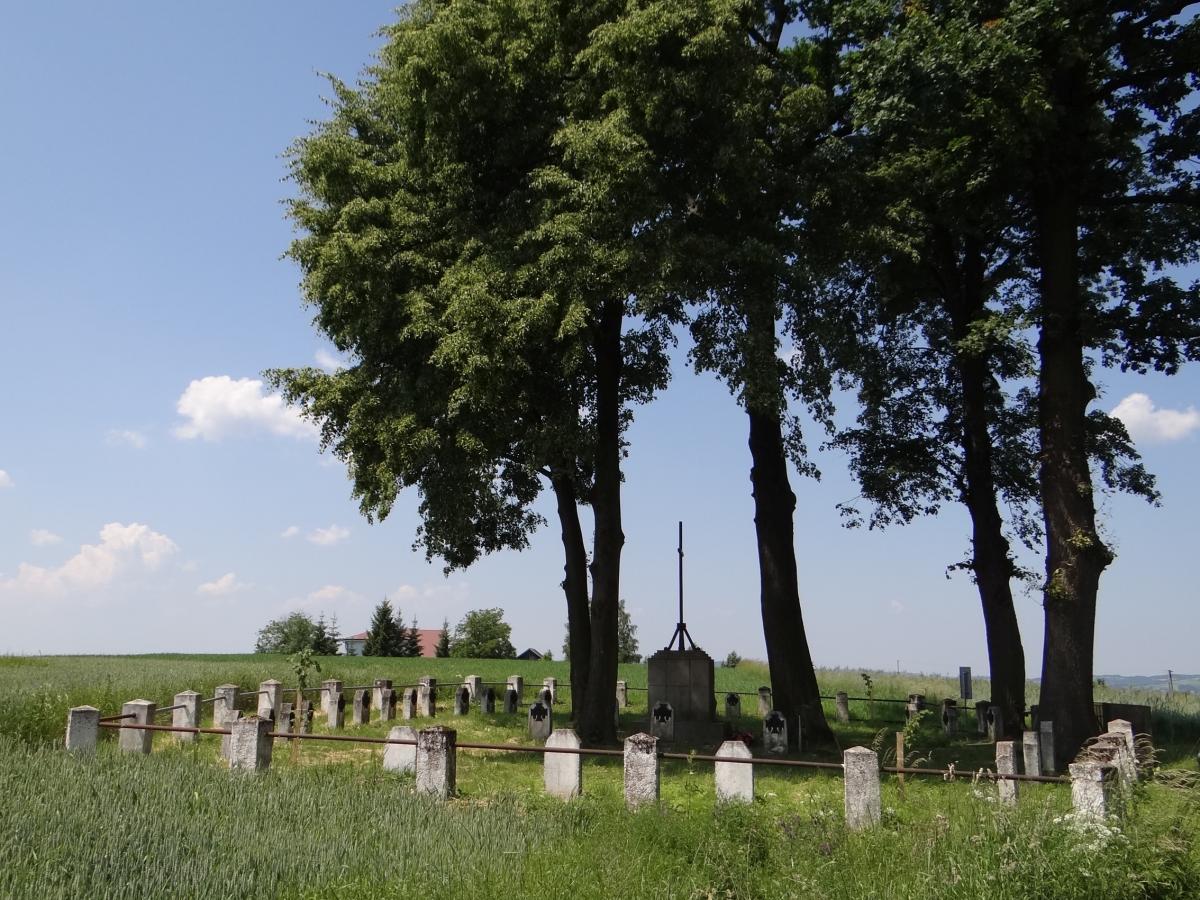 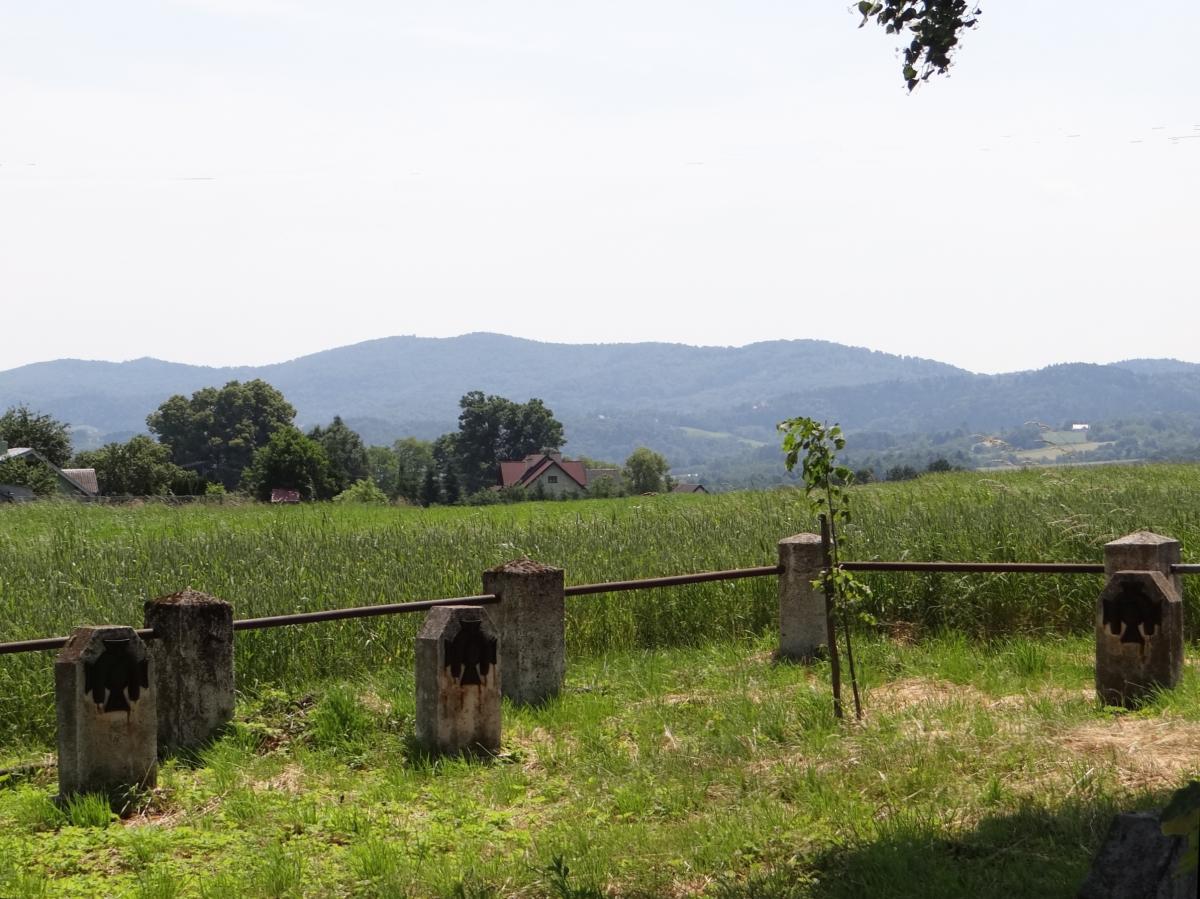 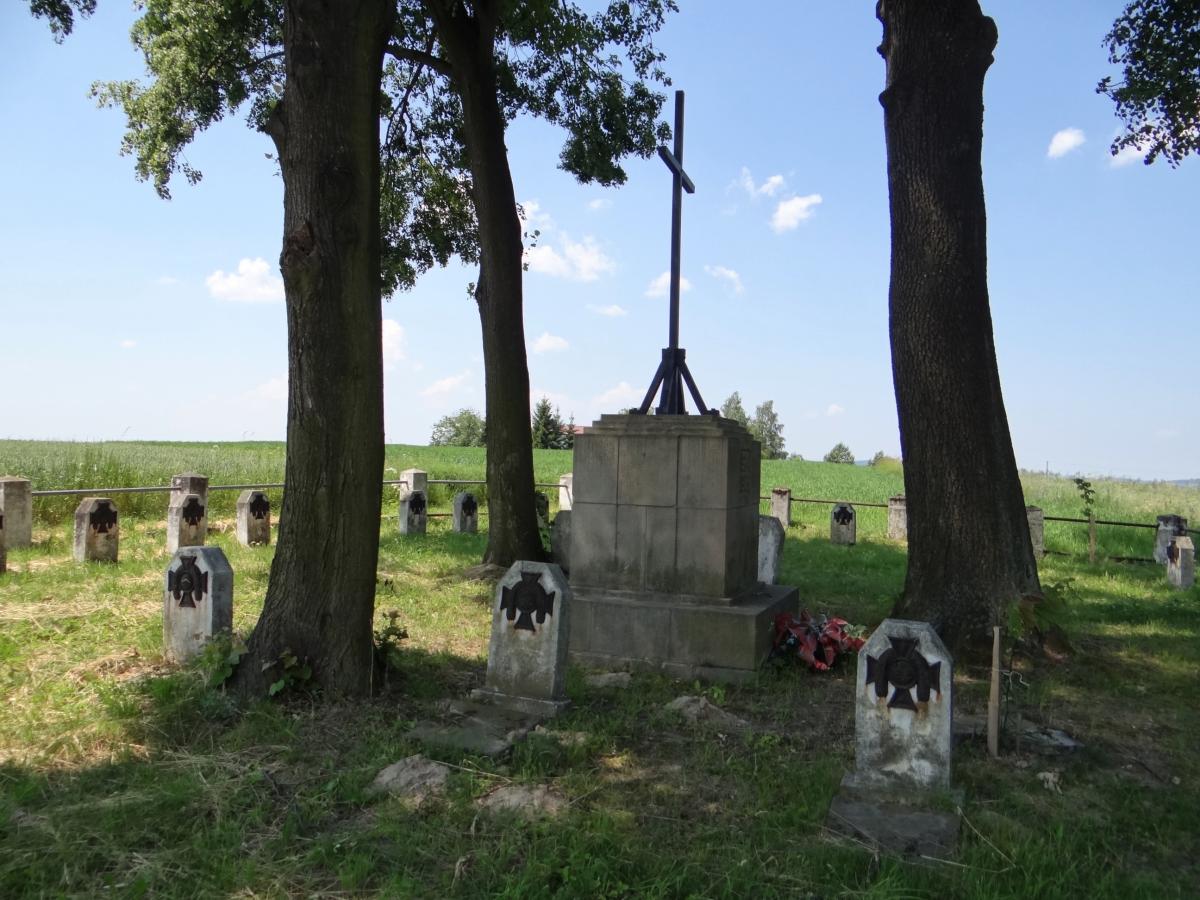 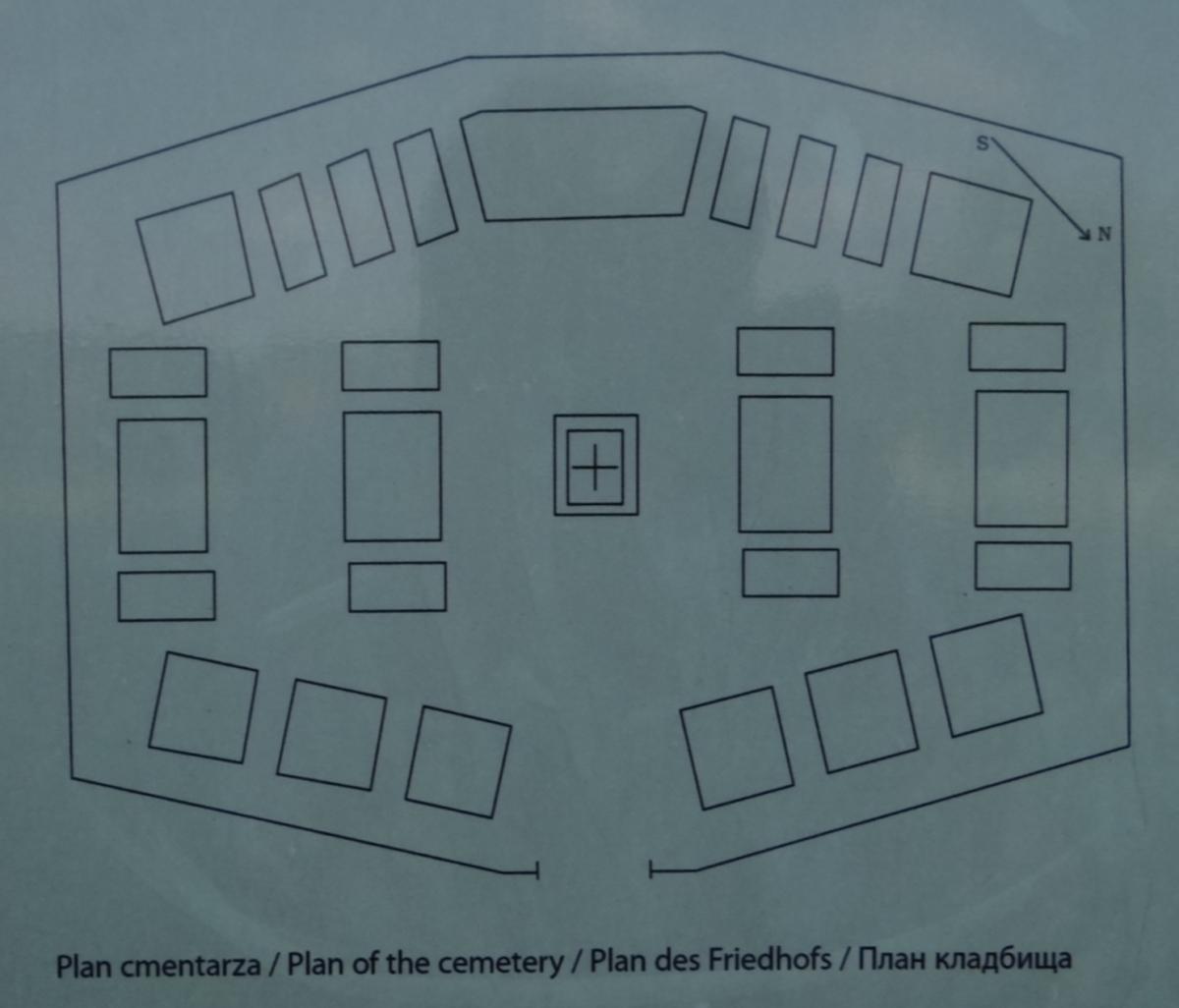