Light the virtual candle
gallery
Edit the description of the cemetery
add photos
number of votes 0
A beautiful cemetery
Return to the main page
War Cemetery No. 263 - ZaborĂłw - an Austrian war cemetery from the First World War, located in the village of ZaborĂłw in the Lesser Poland Voivodeship, in the Brzesc poviat, in the Szczurowa commune. It is one of 400 Western-Galician war cemeteries built by the Cemetery Graves Division of the C. and K. Military Commanders in Krakow. In the VIII Brest region, there are 52 cemeteries . [source: Wikipedia, 3674003]
Description of the cemetery
It is located in the parish cemetery and is a large part of it. His designer was Johann Watzal. The cemetery is built on a rectangular plan with an additional annex. The fence is made of concrete pillars, between which modern segments of metal railings were installed. Entrance through the gate closed with a double-leaf gate, also made of metal railings. From the alley gate leading to the central monument. It is a large wooden Latin cross set on a concrete, two-stage pedestal. Arms of the cross are crowned with a round tin roof, in the base a large inscription 1915. The cross is made of many beams bonded with metal rings. In the cemetery, in 6 rows, there are numerous graves, besides, there are also graves in the annexe behind the cross. Most of them are single tombstones in the form of metal crosses set on a concrete plinth. They have name plates. There are several types of these crosses, including . : * cast-iron Latin crosses * cast-iron Lorraine crosses with arms surrounded by a toothed roof made of sheet metal [source: Wikipedia, 3674003]
the fallen
A total of 186 soldiers were buried here, including: * 122 soldiers of the Austro-Hungarian army, * 3 soldiers of the German army, * 31 soldiers of the Russian army. 135 soldiers were identified. They fought in very different units of war. Among them are numerous Polish names: ZieliĹ„ski, Zawilski, Taborski, Szczepanik, Ĺšwistak, Strojny, Orzechowski, Morawiec, Marzinowski, Kasinski, Lopatka, DÄ™biec, Kaczmarczyk and others (original Austrian spelling). [source: Wikipedia, 3674003]
gallery
⮜⮿⮞
Wikipedia, Self-published work, World War I Cemetery nr 263 in Zaborów 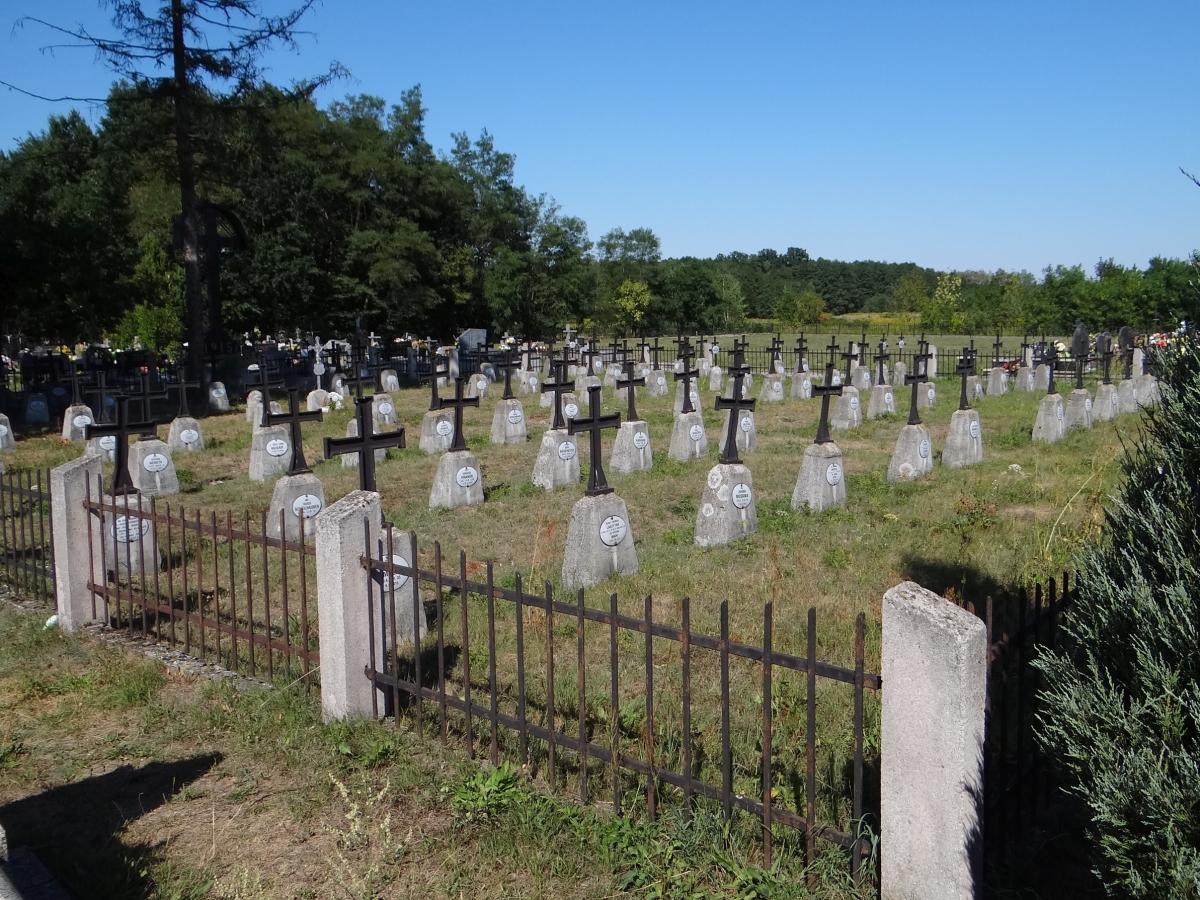 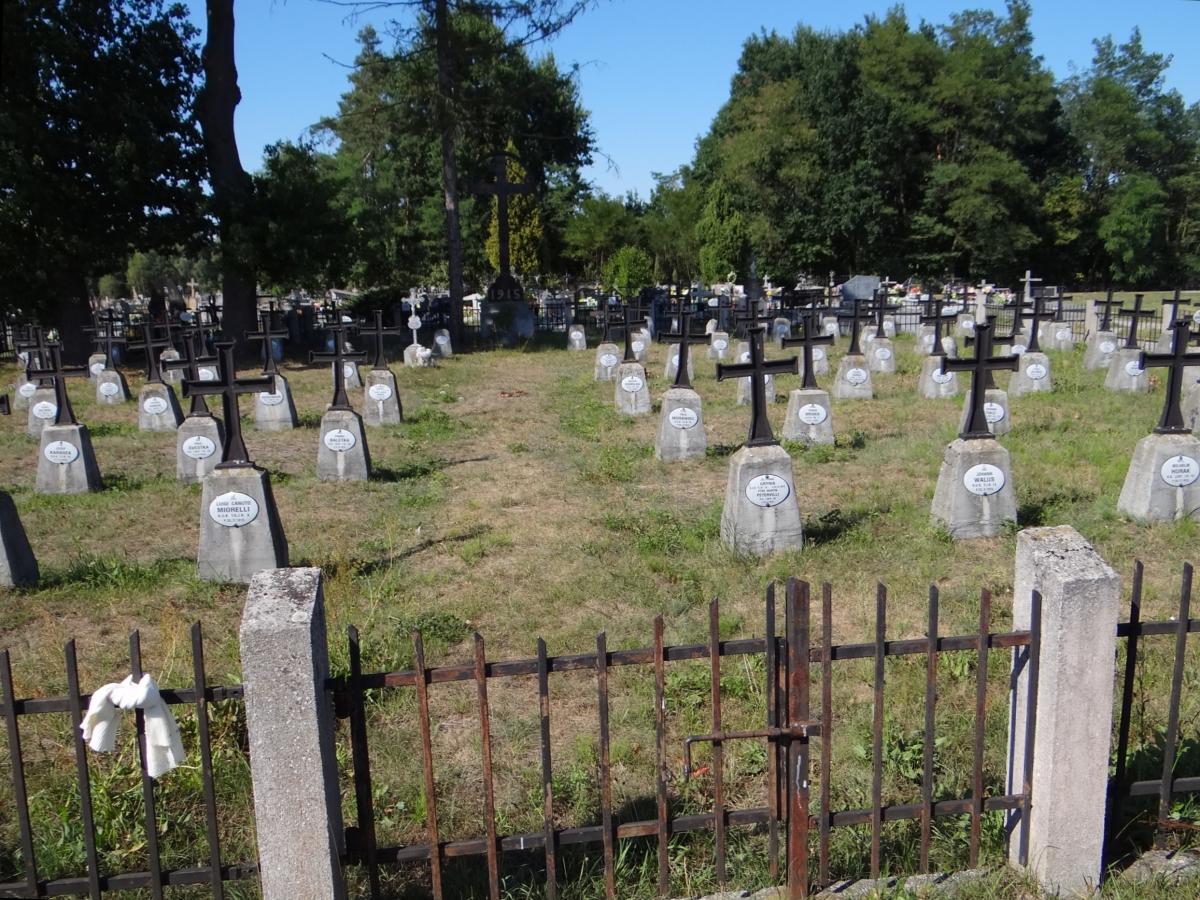 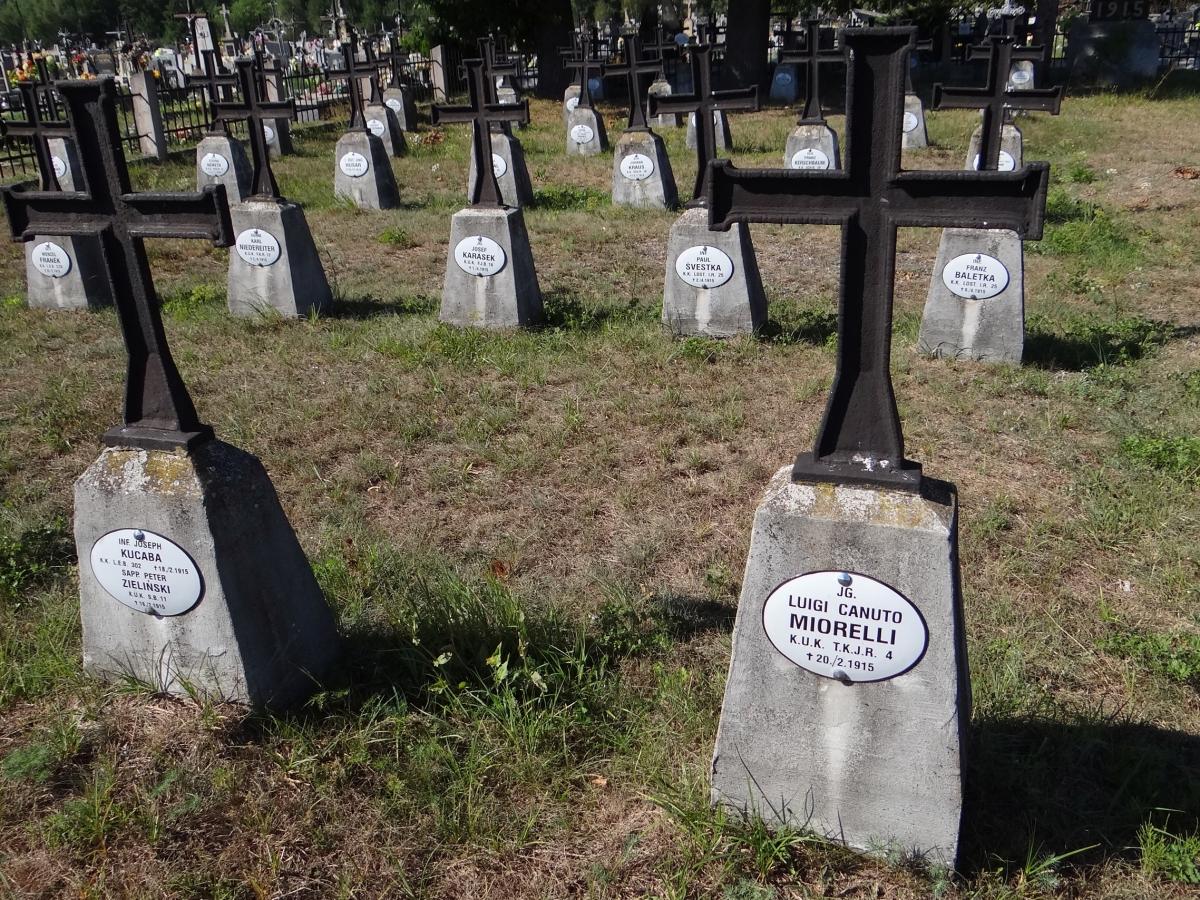 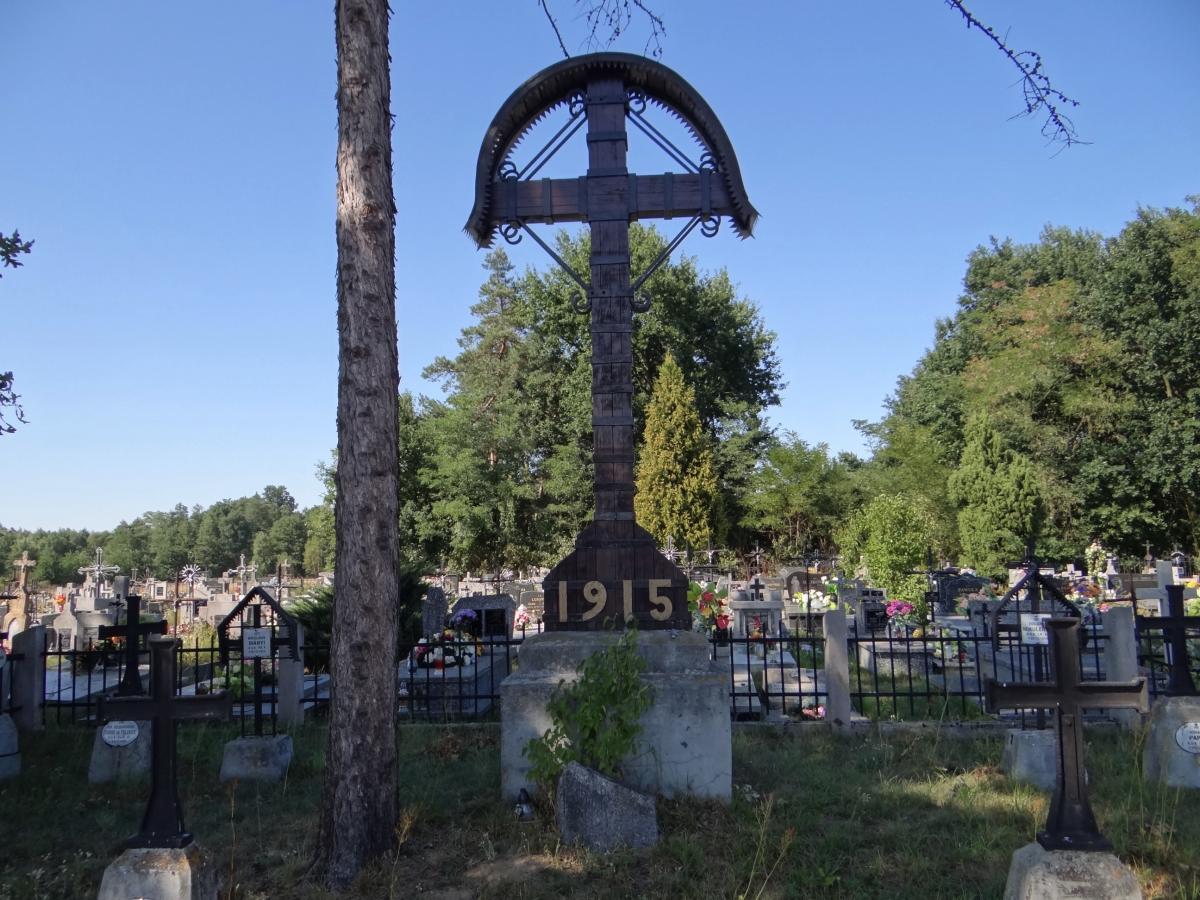 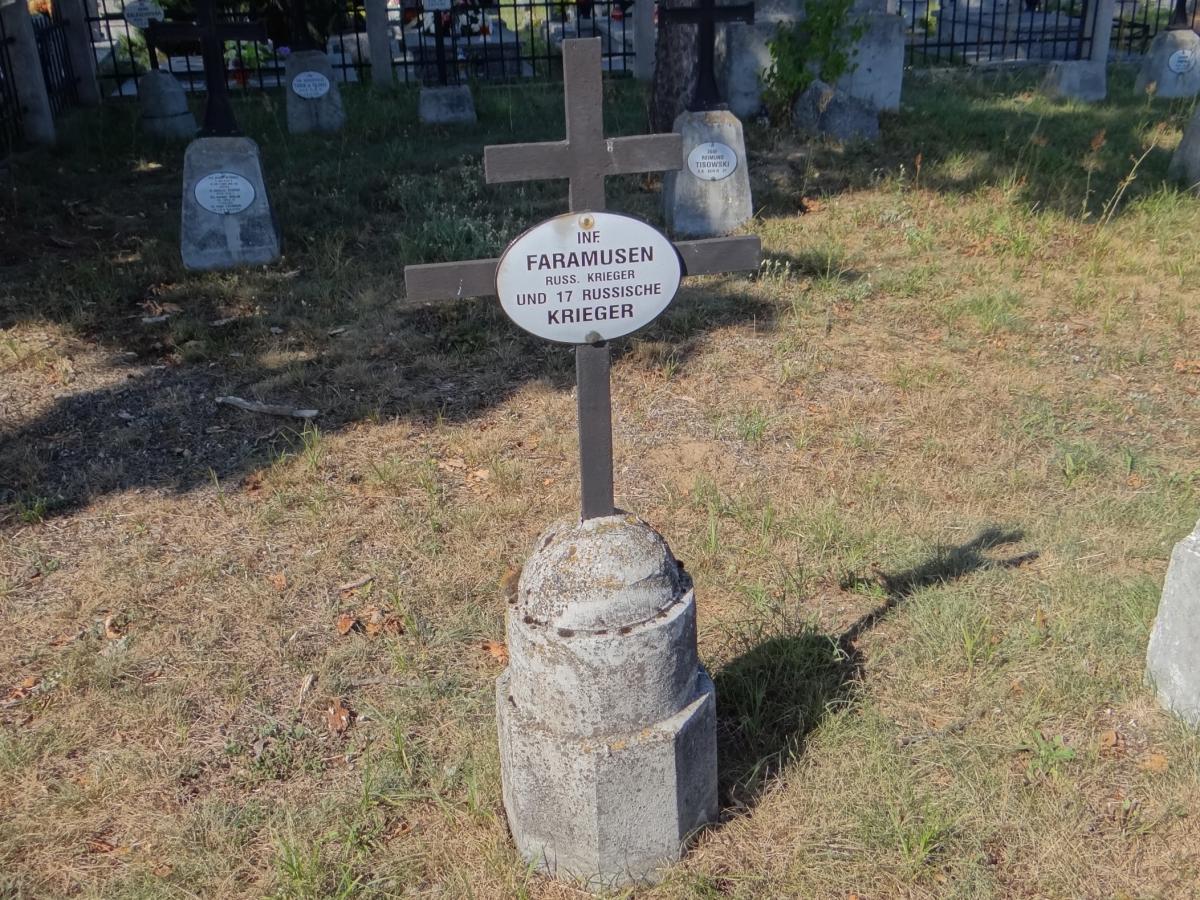 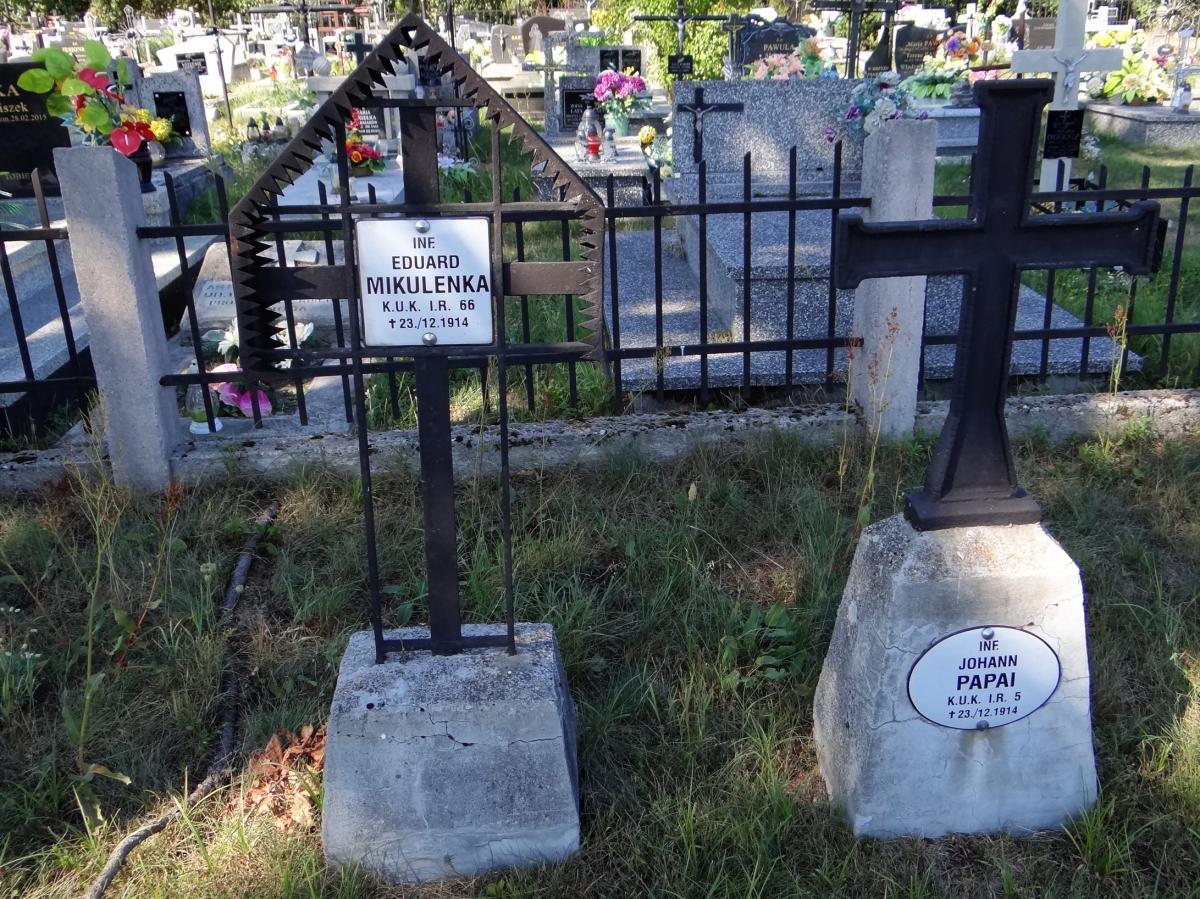 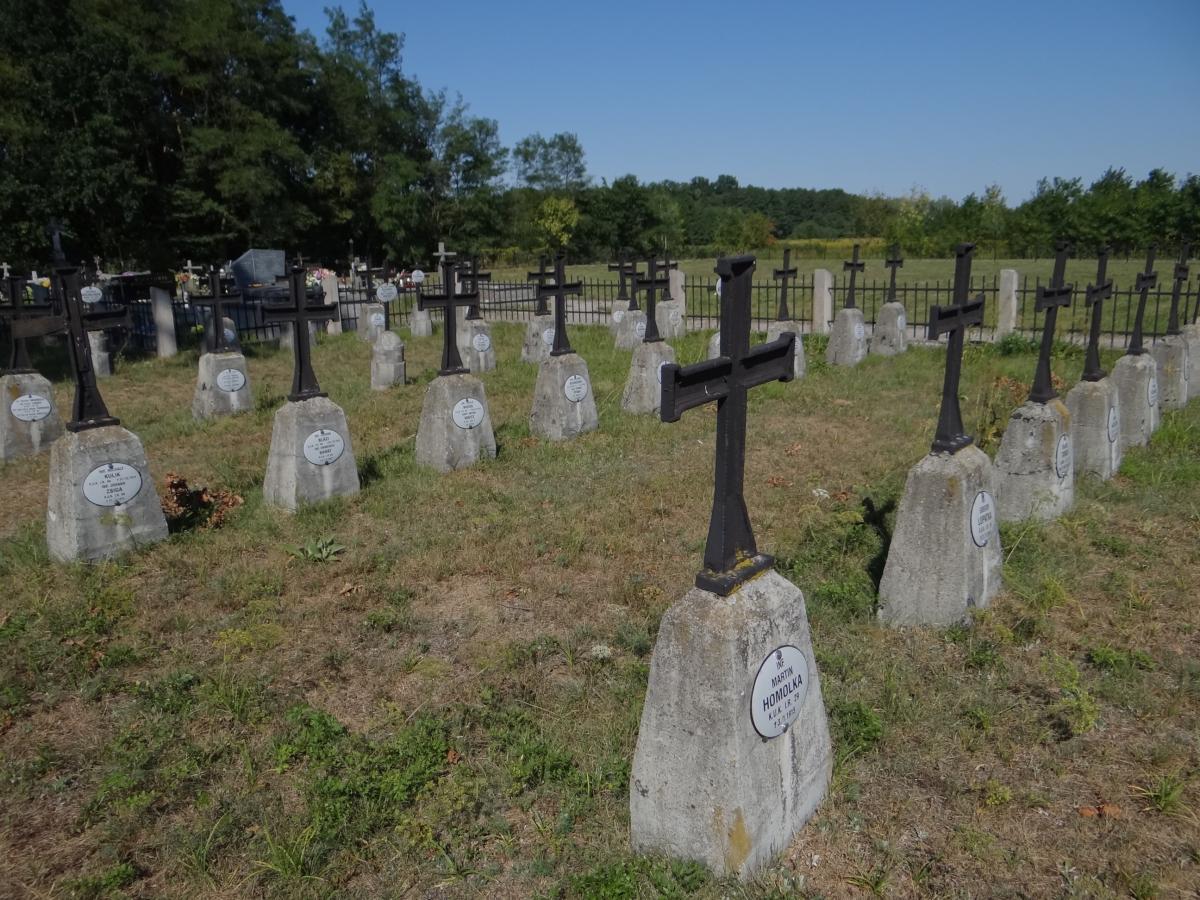