Light the virtual candle
gallery
Edit the description of the cemetery
add photos
number of votes 0
A beautiful cemetery
Return to the main page
War Cemetery No. 303 - Rajbrot - cemetery from the First World War, located on the Paprotna Hill in the WiĹ›nickie Foothills. Administratively, it is in the town of Rajbrot in the Lipnica Murowana commune in the Bochnia poviat in the Lesser Poland voivodship. The cemetery is part of the European Cemeteries Route, which has the status of the European Cultural Route. The cemetery is located on the border of half-cultivated land and forest, approx. 100 m from the road from Rajbrot to MuchĂłwka. By the way, in front of the cemetery, there is a stone chapel, and in the forest next to the cemetery a small parking lot. [source: Wikipedia, 2021869]
History
Buried here are the soldiers of the Russian, Austrian-Hungarian and German armies, who died in fighting in the surrounding areas on December 6-12, 1914 during the Limanowa-Pawanska operation. The Russians occupied Rajbrot and the surrounding areas as early as November 11, 1914. The contemporary commentators write: "The Muslims appear, who, like a swarm, occupy almost all houses." They were preparing to gain the fortifications of Krakow. Austrians who knew the enemy's intentions well, because they had a good diagnosis (including air), decided to attack them from the side. The battle ended with the victory of Austrian troops who stopped the Russian offensive towards Krakow and Silesia. This raised the morale of the Austrian-Hungarian army very much. It is a cemetery of the IX Bochnia district, very carefully made and well maintained. Already in the very assumption it was to be a representative cemetery, the construction of which was not spared strength and resources, although it was built in hard wartime times. Its construction was given so much attention, because Germans were also buried here - allies of the Austrian army. A total of 538 soldiers were buried in this cemetery in 36 collective and 12 individual graves, including: * 56 soldiers from the Austro-Hungarian army from the 24th and 29th battalions of field shooters, 33 and 35 infantry regiments, * 179 soldiers from the German army from 217, 218 , 219 and 220 of the Prussian reserve infantry regiment, 3 Prussian reserve battalion of riflemen, 19, 130, 131, 141, 171, 189, 198, 296 Prussian reserve battalion of riflemen, 47 Prussian pioneer company * 303 soldiers of the Russian army 202 soldiers were identified. All armies fighting here were multinational. Poles also fought in them, in various armies, and therefore also against each other. [source: Wikipedia, 2021869]
Construction of the cemetery
The cemetery was still built during the war. It came to this in 1915, immediately after the victory of the Russian army farther east as a result of the Battle of Gorlice, victorious for the Austrians. The author of the project is the Viennese architect Franz Stark (aka Starck), who was a retired lieutenant at the time. The construction supervision was entrusted to Stefan Koloschek from Moravia. The main works on the construction were carried out by Italian prisoners, Russian and local peasants. The peasants dealt with the transport of stones, Italian prisoners with stonework and Russian carpentry works. [source: Wikipedia, 2021869]
Description of the cemetery
From the road Rajbrot-Lipnica lead to the cemetery stone stairs (next to the figurine) and a path through farmland. The cemetery is entered from the eastern side with a massive stone gate with buttresses. The gate is closed with two cast-iron, high wings with an openwork structure. The cemetery is rectangular in shape with cut corners and is surrounded by a wall of stones. The wall has raised corners and fragments in the side wall. On both sides there are two stone benches. In the middle of the cemetery there is a tall, stone-built column with a stone cross. The base of the column has the shape of a four-sided prism, with pyramidal ground surrounded by three steps. On both sides there are quite large free spaces on which people can gather during the ceremony. On the western wall of the cemetery fence, on the extension of the entrance gate-column, there is a monumental wall with a small stone cross on a small plinth. On this wall, in the German language, the inscription The Gate of Death leads the faithful to immortality, unfortunately it has been destroyed. On the back of the wall is the sign Dear Friends of our beloved Army. The graves were placed in rows, perpendicular to the main axis of the cemetery. In the front of the cemetery there are more representative stone steles with cast-iron plaques. On the left are the graves of Prussian soldiers, with a Maltese cross on the board, on the right, Russian soldiers with a double Orthodox cross. In the back of the cemetery (behind the column) there are more modest gravestones with cast-iron crosses on a small concrete base. All crosses have a total of 25. [source: Wikipedia, 2021869]
The fate of the cemetery
Designing such a representative cemetery, the Austrians counted on the costs of its subsequent maintenance. During the interwar period, masses were celebrated for the Homeland during the Independence Day, and ceremonial academies were held. After World War II, the importance of the cemetery in the awareness of the society and the then authorities decreased, because new, more recent cemeteries and dramatic stories of the new war came. The cemetery was naturally destroyed by weather and vegetation factors. It was only recently that they began to take care of him, necessary repairs were carried out, and some old trees that destroyed the cemetery were removed. The schools are currently caring for cemetery care. Are organized by schoolchildren rallies along the routes of cemeteries. [source: Wikipedia, 2021869]
gallery
⮜⮿⮞
••
Wikipedia, Paprotna, Self-published work, World War I Cemetery nr 303 in Rajbrot 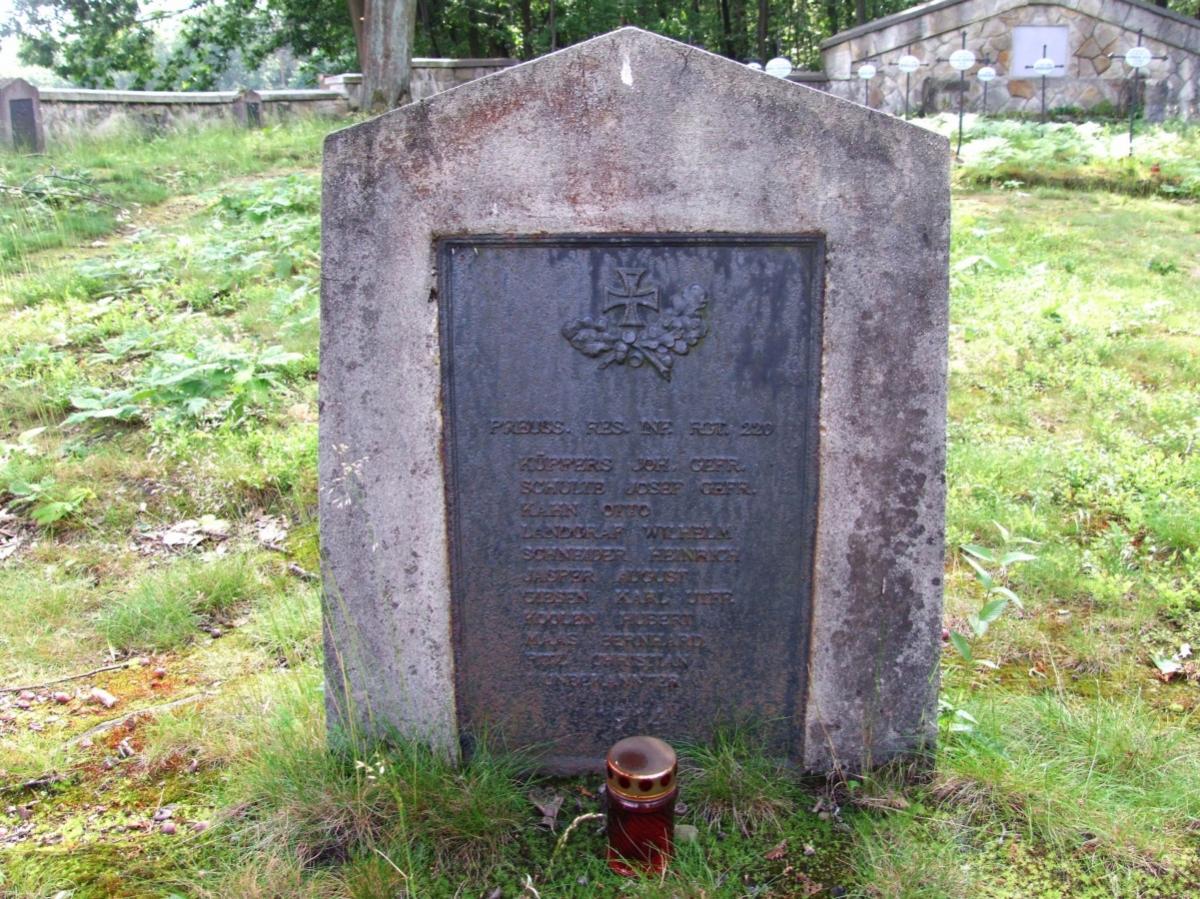 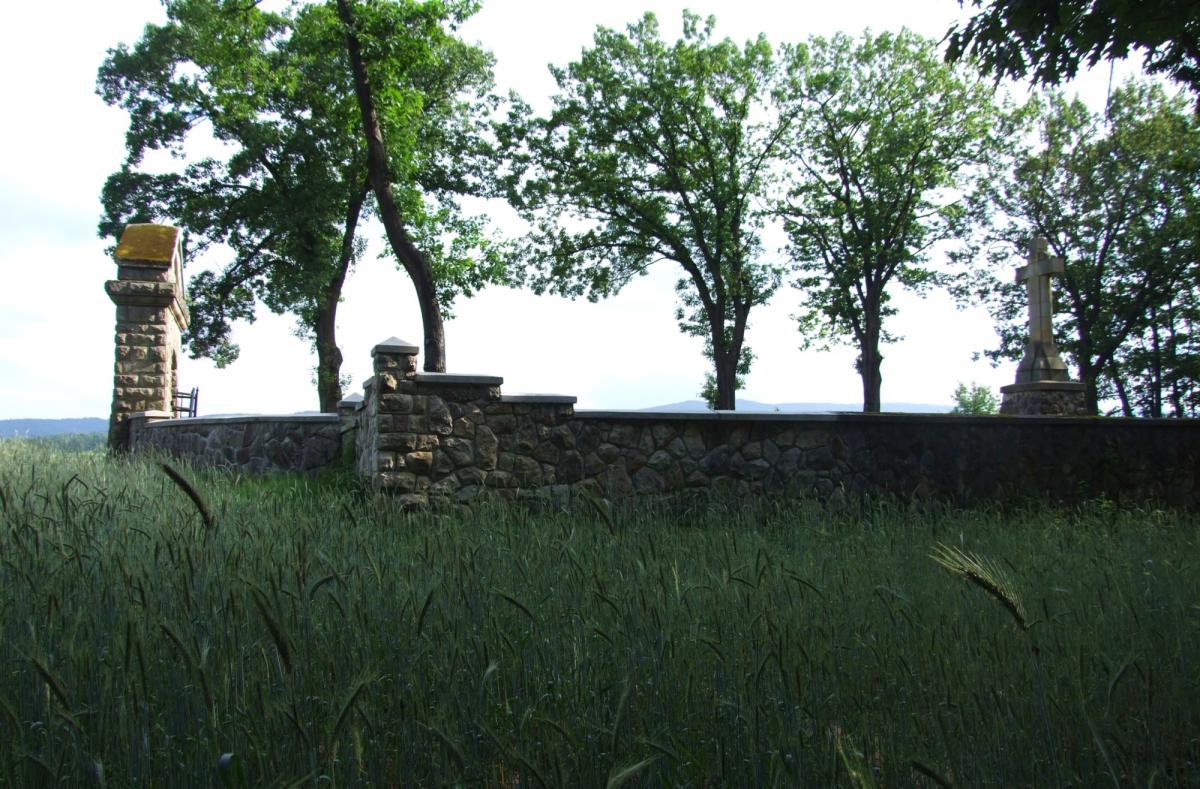 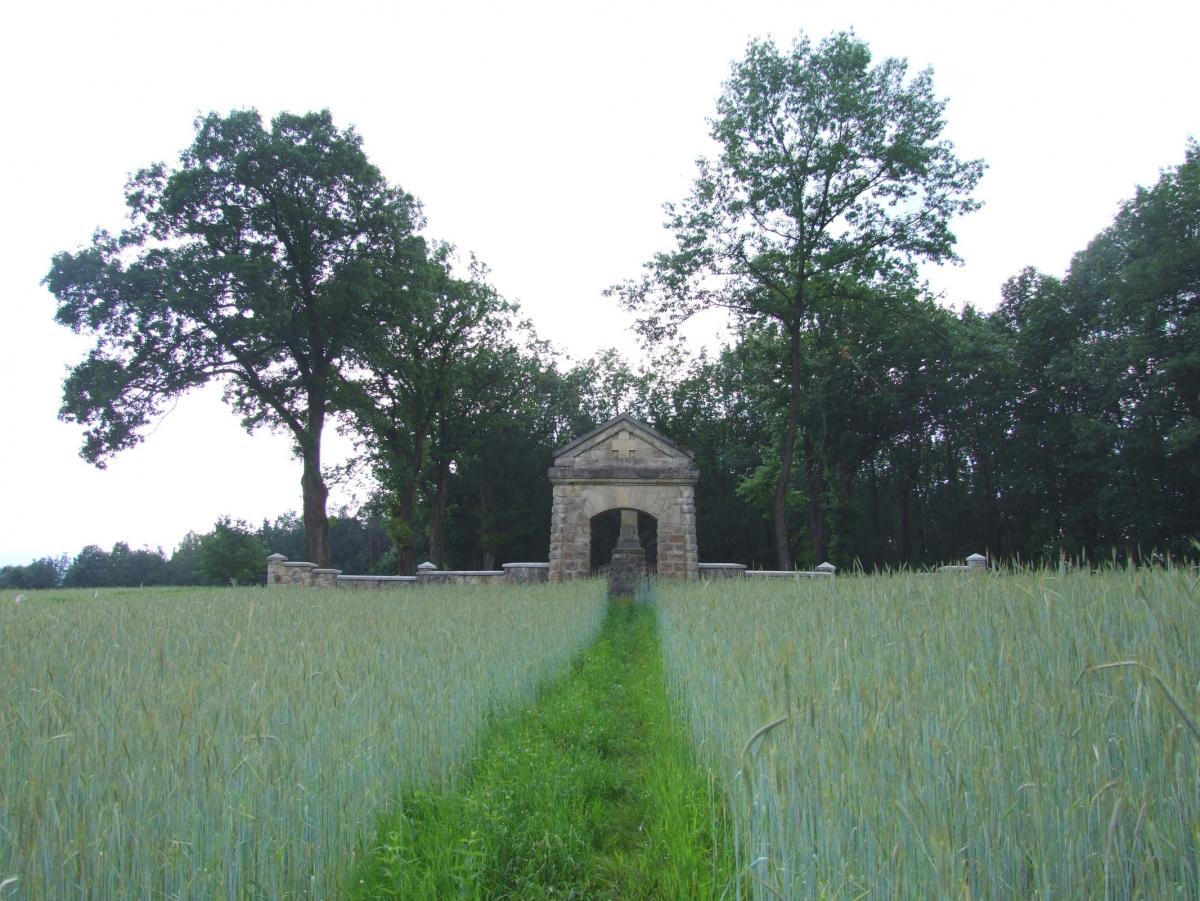 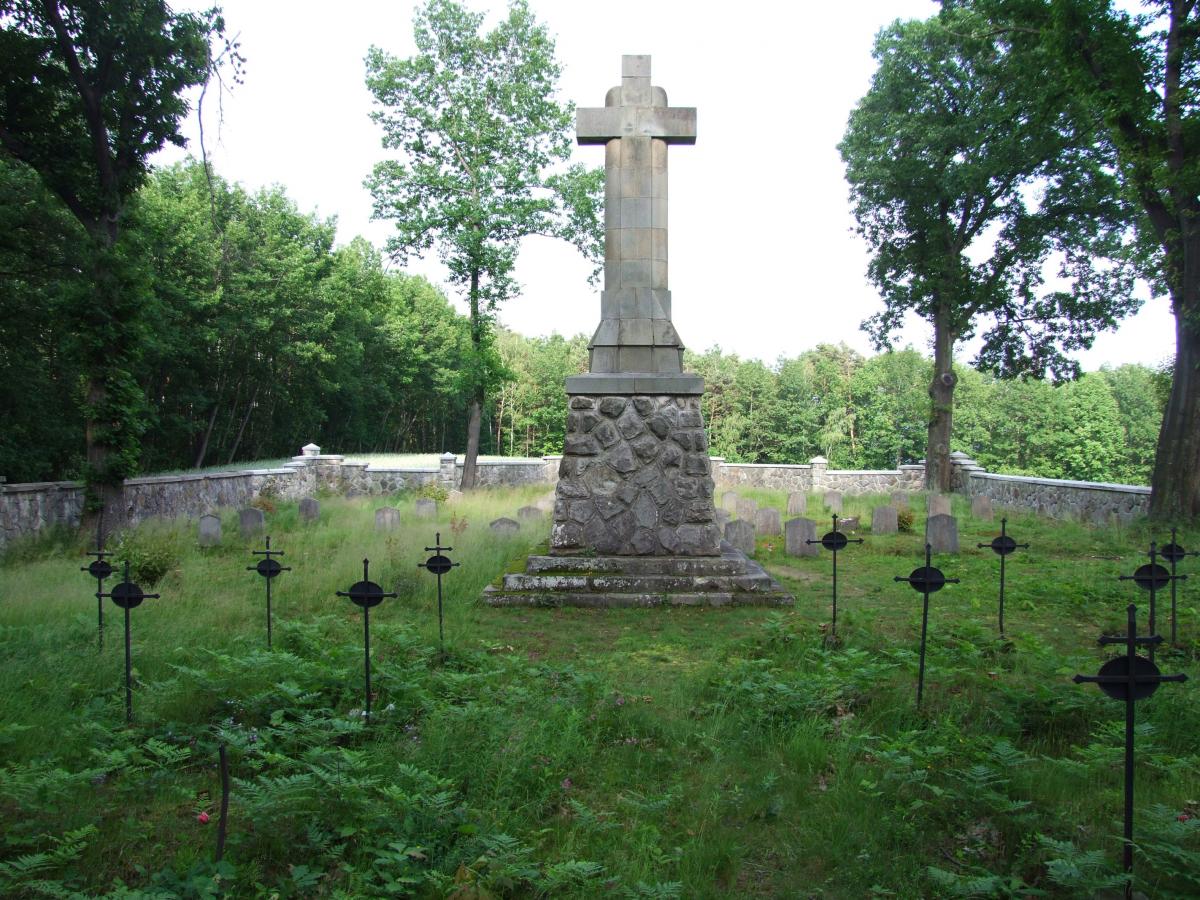 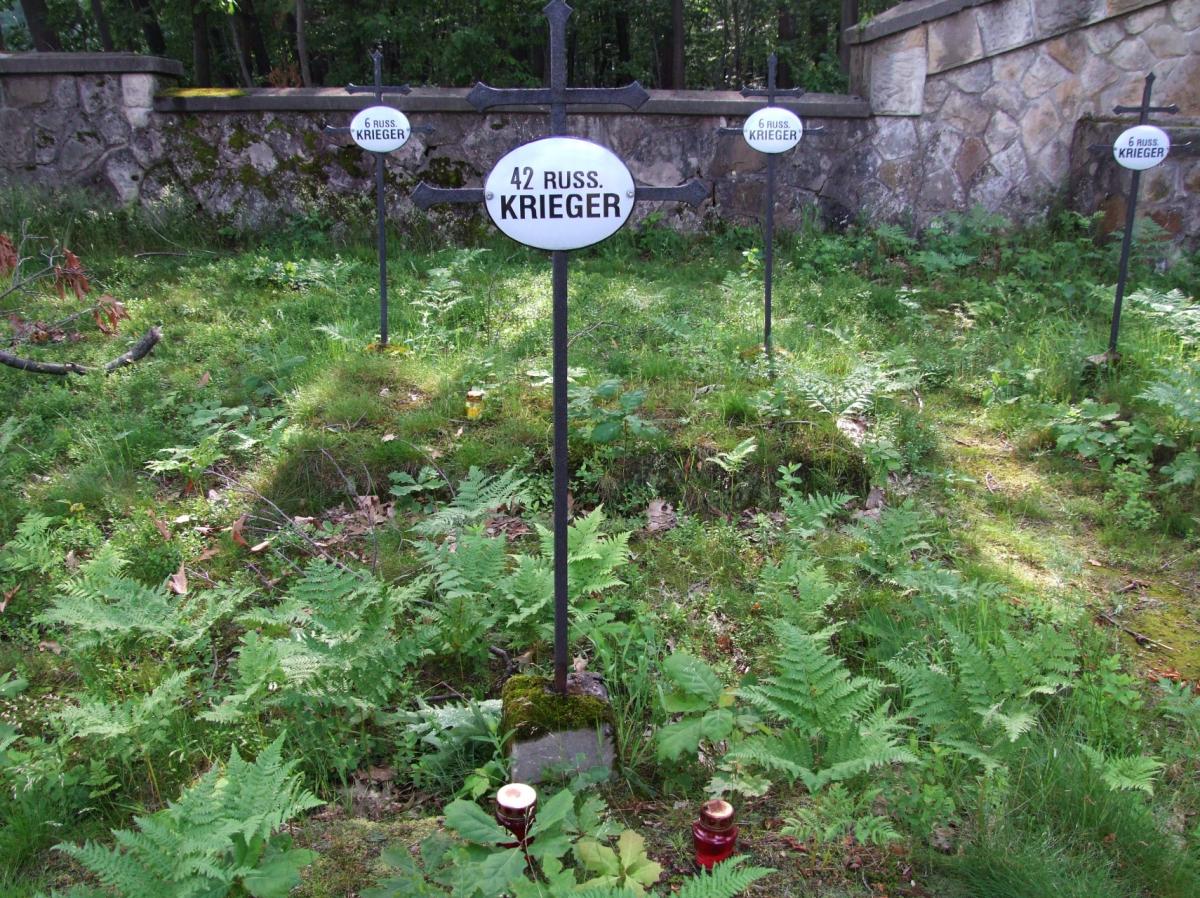 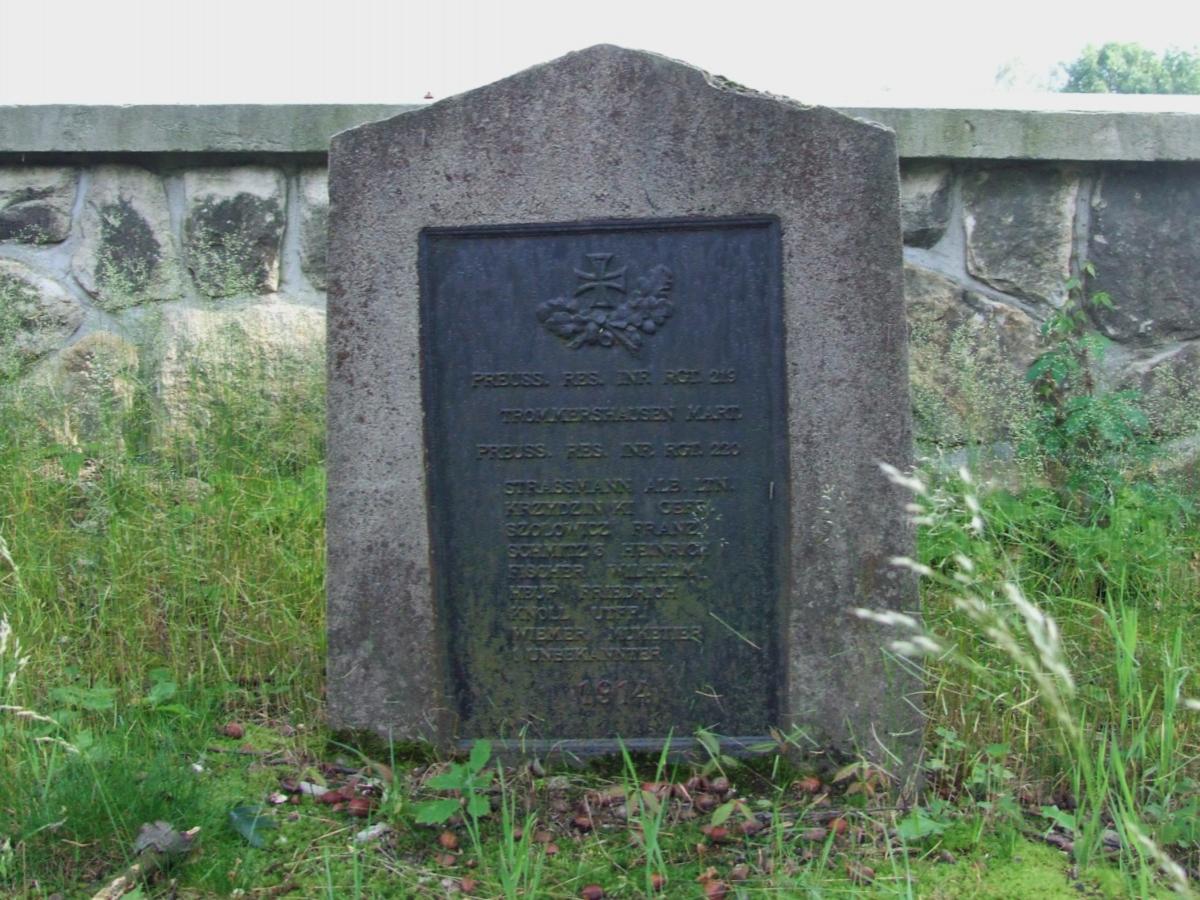 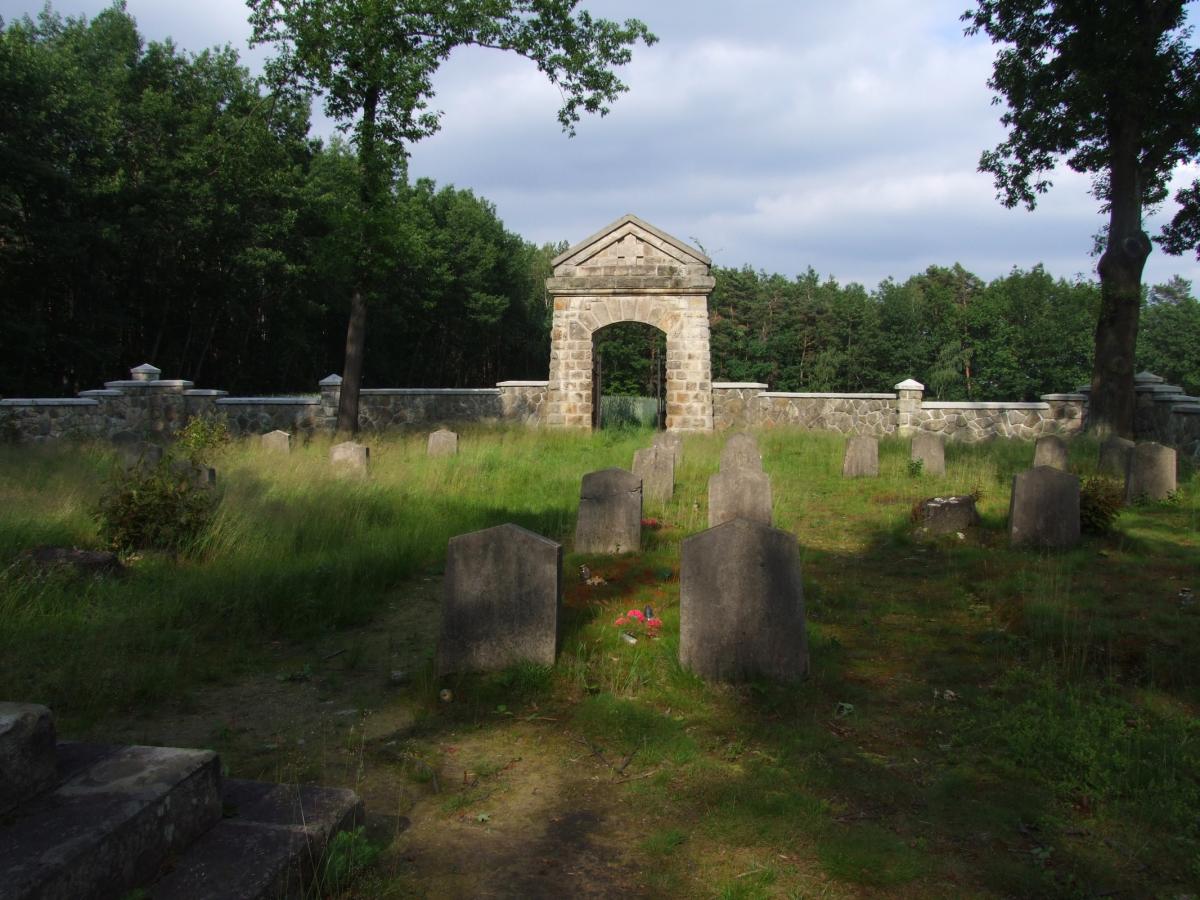 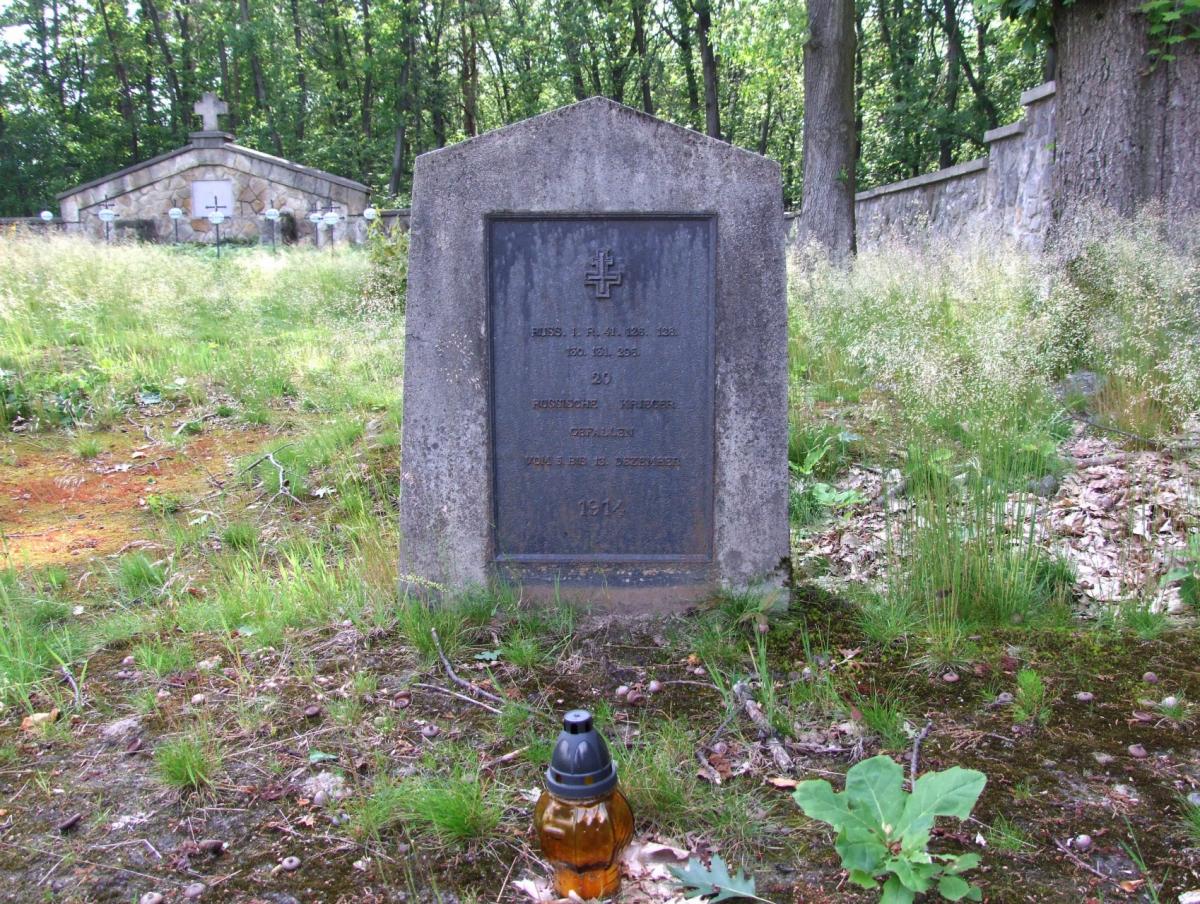