Light the virtual candle
gallery
Edit the description of the cemetery
add photos
number of votes 0
A beautiful cemetery
Return to the main page
War Cemetery No. 344 - Tarnawa - cemetery from World War I located in the town of Tarnawa in the Lesser Poland Voivodeship, in the Bochnia poviat, in the ┼üapan├│w commune. It is one of 400 Western-Galician war cemeteries built by the Cemetery Graves Division of the C. and K. Military Commanders in Krakow. Of this number, there are 46 cemeteries in the Bochnia district . [source: Wikipedia, 3051456]
Position
It is located at an altitude of about 280 m at the parish cemetery in Tarnawa, on a slope falling in the south-west direction to the Tarnawka valley. It is located approx. 200 m from the church . [source: Wikipedia, 3051456]
History
Both soldiers of the Austrian-Hungarian army and soldiers of the Russian army were buried here in one place, who died in the surrounding fields at the beginning of December 1914 during the Limanowa-Pawanska operation. On December 7, the Russians occupied the hills of the Pog├│rze Wi┼ønickie to the west of Stradomka. Attacking from the south and from the side of ┼üapanowo and the Stradomka valley, the Austrian army captured them for several days. After a few days of extremely fierce battles, the Austrians drove Russian troops out of these areas. On December 13, the Russians began a retreat further east . The cemetery was buried: * 16 soldiers of the Russian army, * 16 soldiers of the Austro-Hungarian army. A total of 32 soldiers, 13 soldiers were identified . [source: Wikipedia, 3051456]
Description of the cemetery
The cemetery is made on a rectangular plan and has a concrete-iron fence consisting of a concrete bench, concrete pillars and iron pipes. The entrance gate is formed by two concrete pillars with a chain suspended between them. The main decorative element is a concrete pedestal located in front of the entrance gate in the form of a slab topped with a concrete cross. A large cast-iron Austrian cross (one-armed) cross and two smaller ones were mounted on it; one of the Austrian type, the other of Russian (two-armed). Small concrete pedestals with iron crosses made of thick flat bars were placed on the tombstones. These are single-armed and two-armed crosses. Two trees were planted on the cemetery
The fate of the cemetery
During the interwar period, the cemetery was appreciated and was cultivated by the local community. After World War II, the importance of the cemetery in the awareness of society and the authorities at that time decreased. The cemetery was naturally destroyed. It was only in the 1980s that awareness of the need to protect began to grow. Currently, the cemetery is nurtured and in 2010 it was renovated. [source: Wikipedia, 3051456]
gallery
⮜⮿⮞
Wikipedia, Self-published work, World War I Cemetery nr 344 in Tarnawa 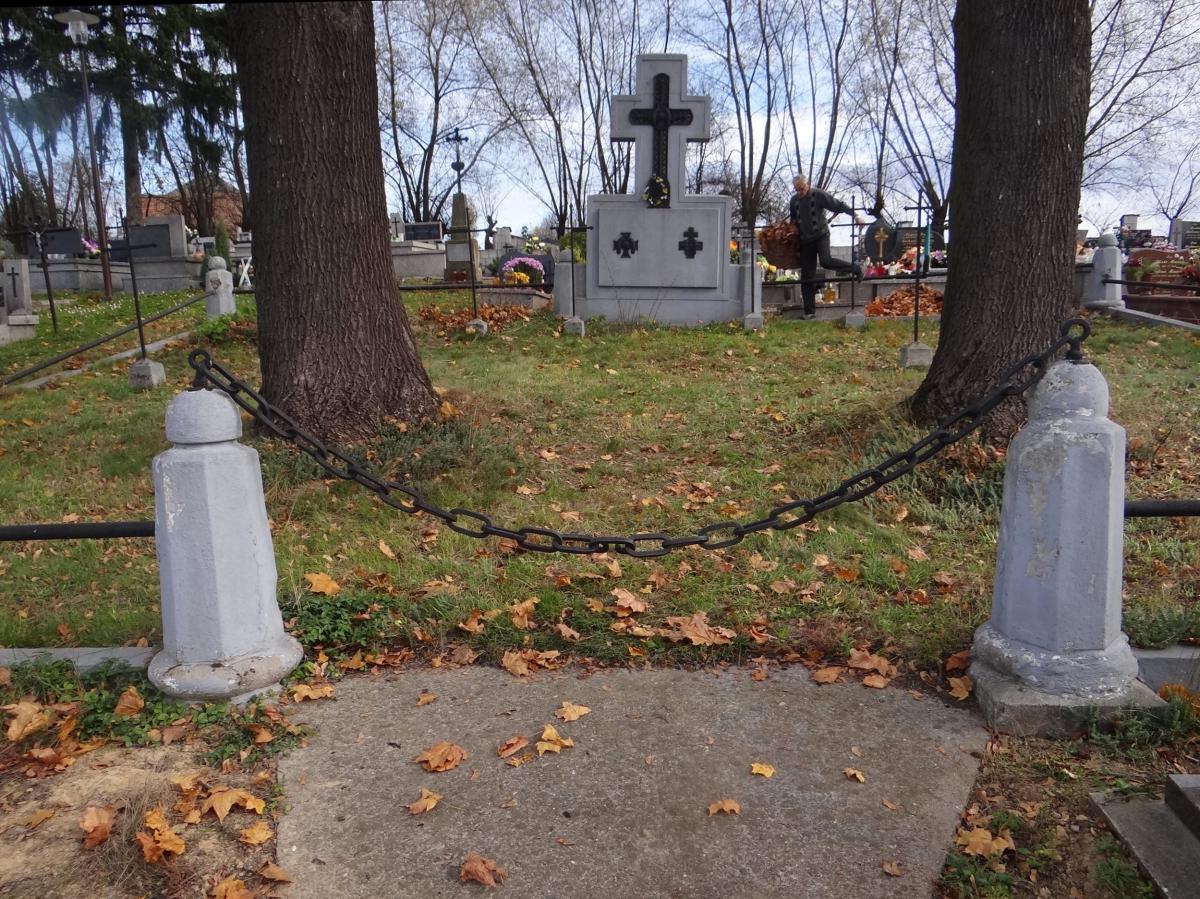 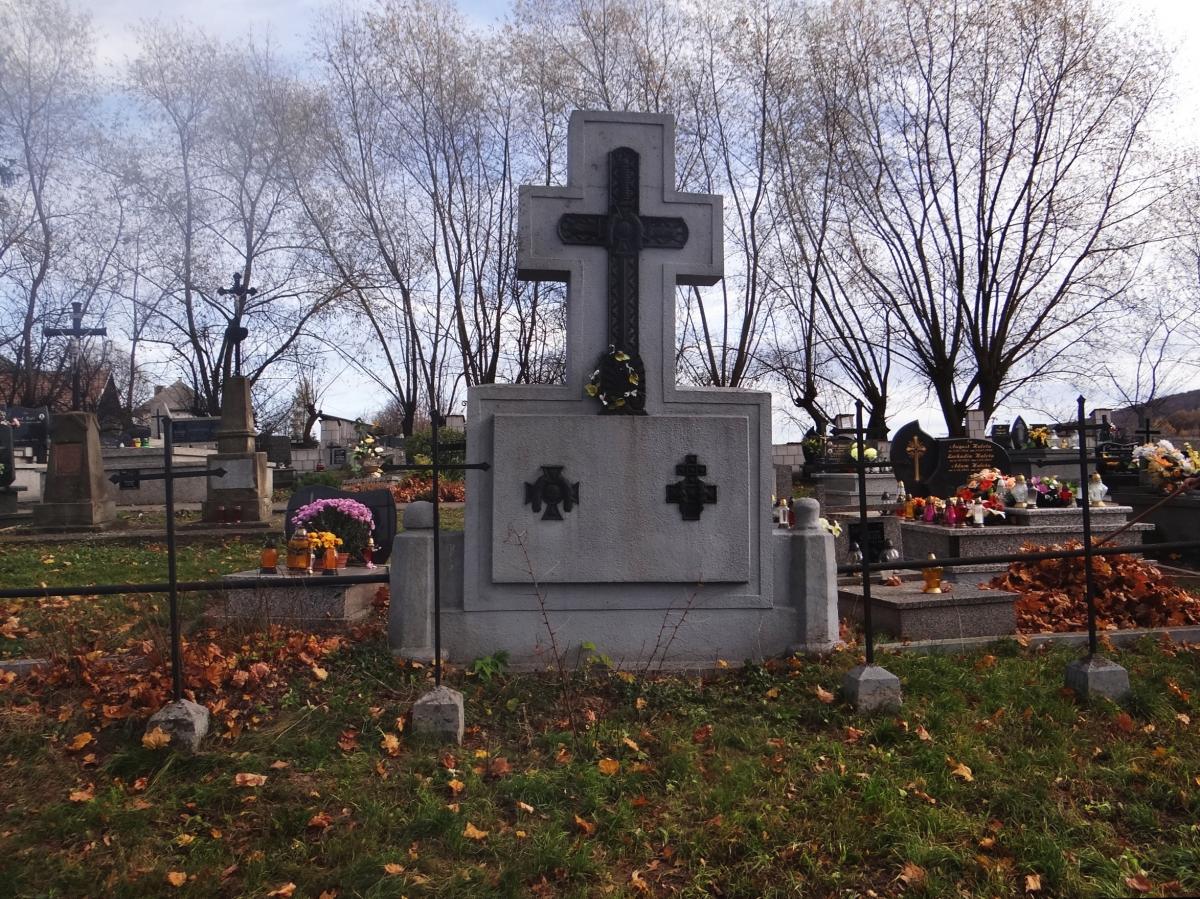 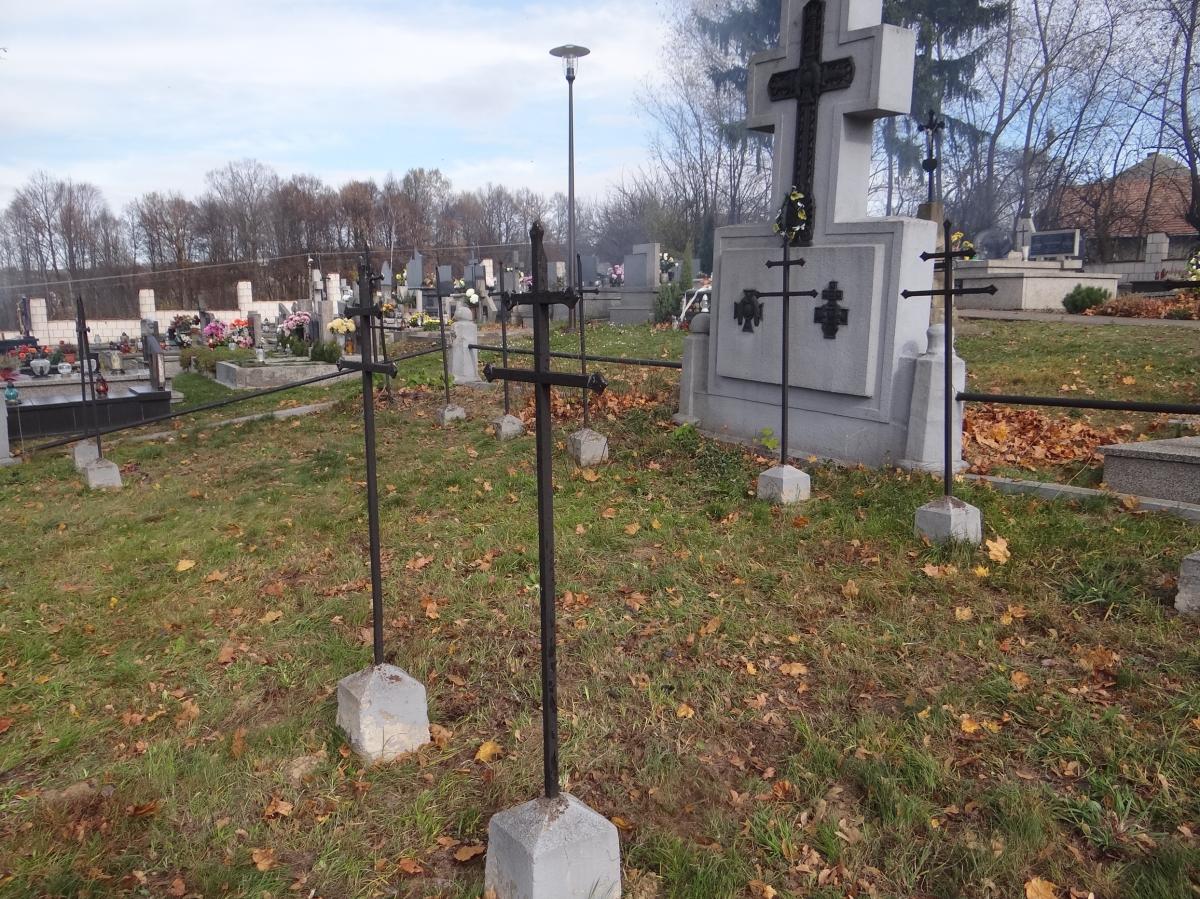 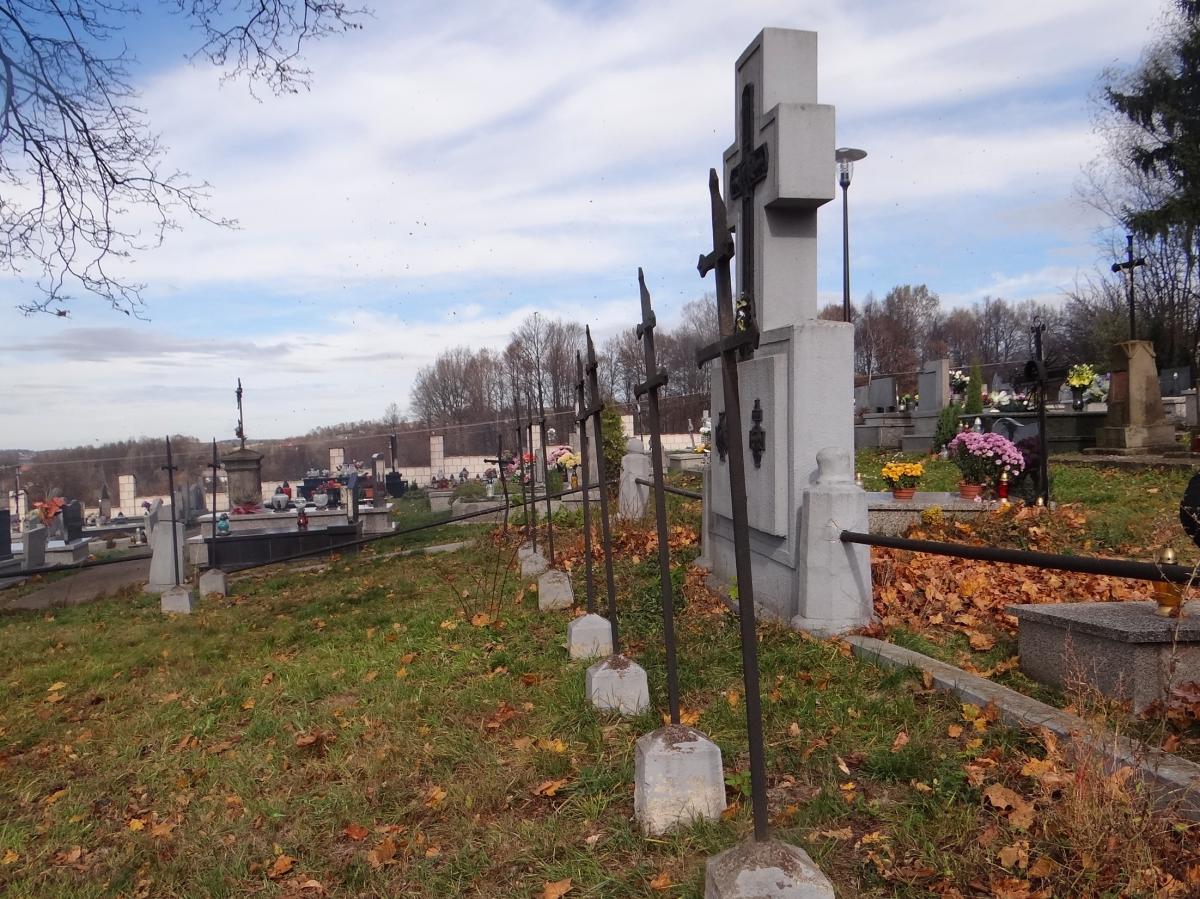 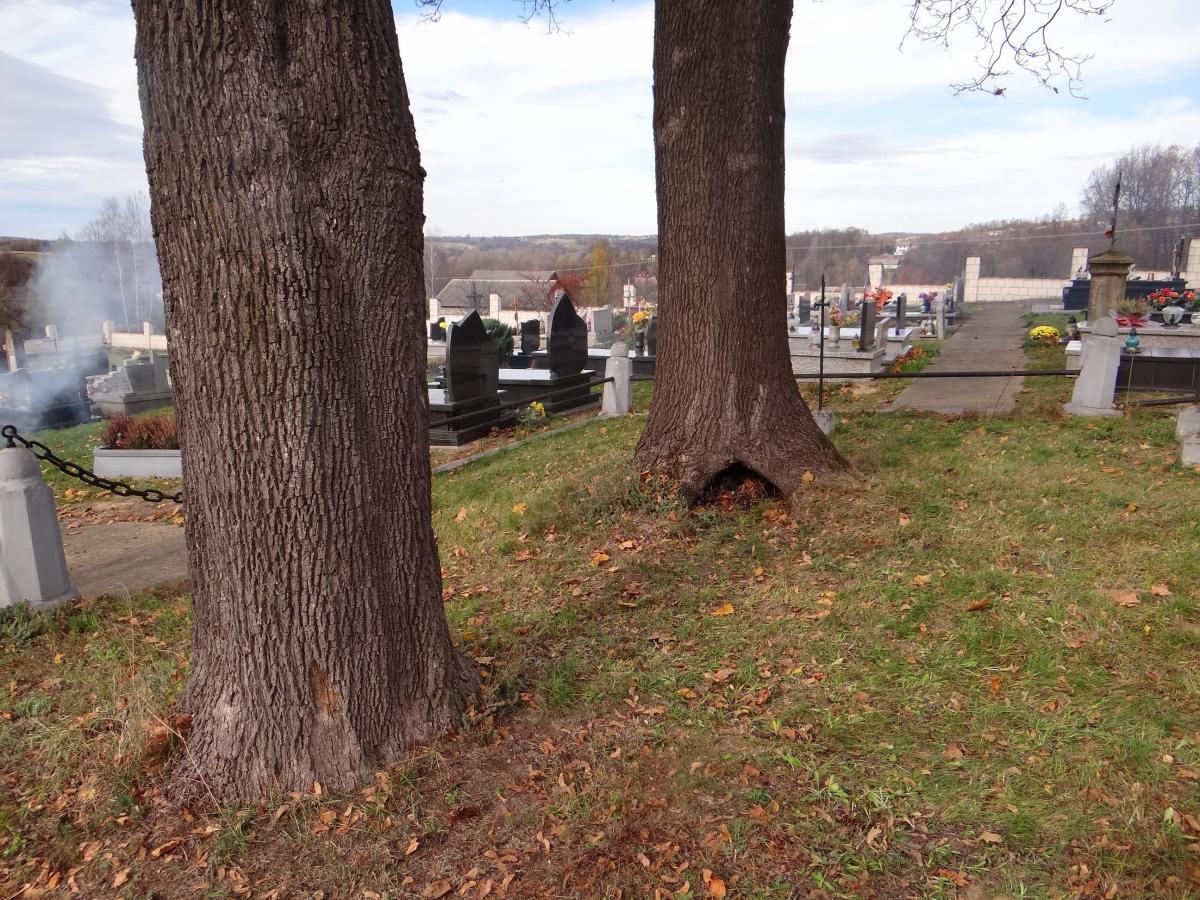 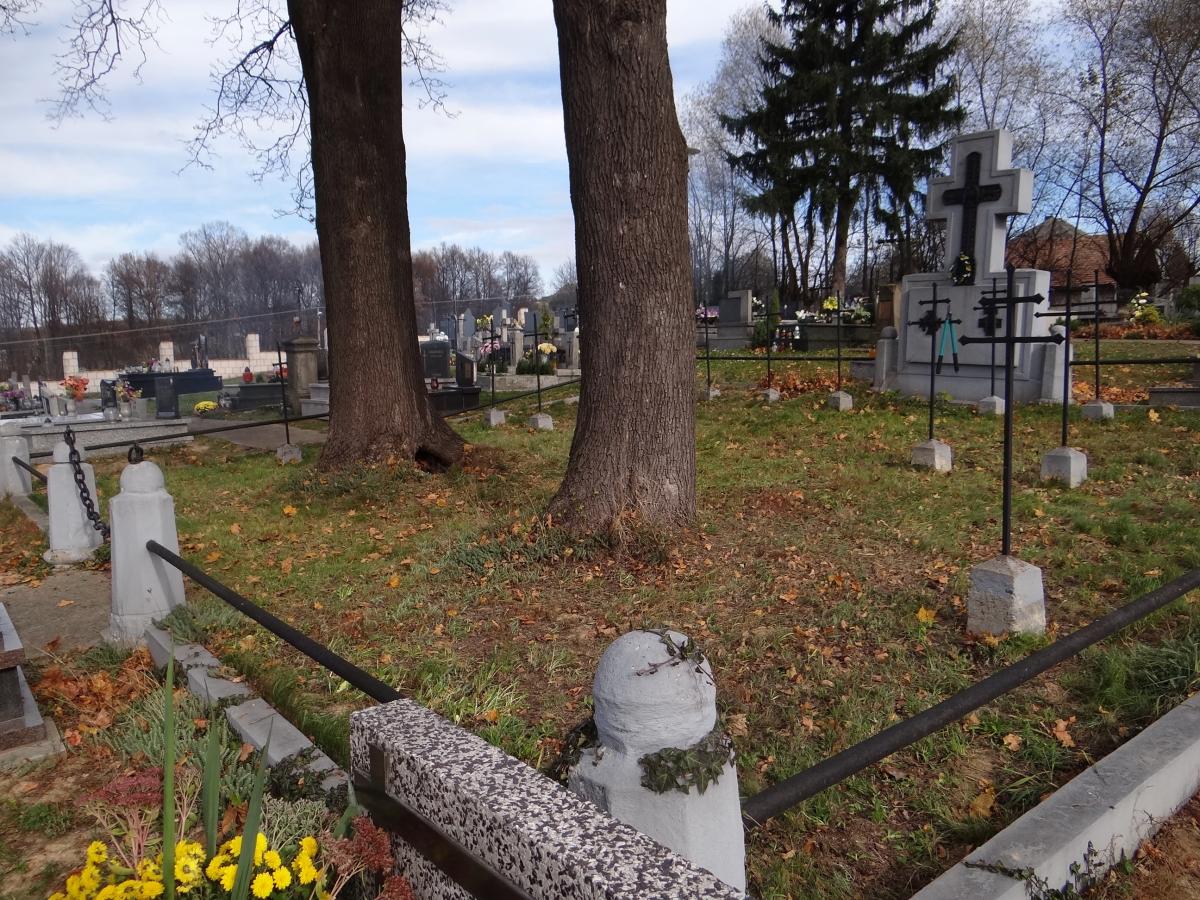