Light the virtual candle
gallery
Edit the description of the cemetery
add photos
number of votes 0
A beautiful cemetery
Return to the main page
War Cemetery No. 364 - Kasina Wielka - an Austrian war cemetery from the period of World War I, built by the War Cemetery Department of the C. and K. Military Commanders in Krakow and located in its X Limanowa district. This small (110 m 2 ) cemetery is located in the eastern part of Kasina Wielka, next to the railway station, on the western slope of ĹšnieĹĽnica. It has the shape of a square. In the middle there is a monument, in the form of an obelisk, made of stone. Symmetrical graves are arranged around him. The cemetery is fenced and planted around birches. 20 Austro-Hungarian soldiers and one German soldier who died in December 1914 were buried there. The cemetery was designed by Gustaw Ludwig. Currently, after several renovations, during which numerous errors occurred, the object looks much farther from the original - the crosses of the "Russian" type are placed in the cemetery (double - Orthodox), despite the fact that Russian soldiers are not buried there. Plaques were also mixed up - on the Russian crosses there are names and surnames of Austrian soldiers, similarly on the only German-type cross there is an Austrian soldier's plate (this is also shown in the picture in this article). [source: Wikipedia, 2040012]
gallery
⮜⮿⮞
Wikipedia, Self-published work, User:Zetpe0202, World War I Cemetery nr 364 in Kasina Wielka 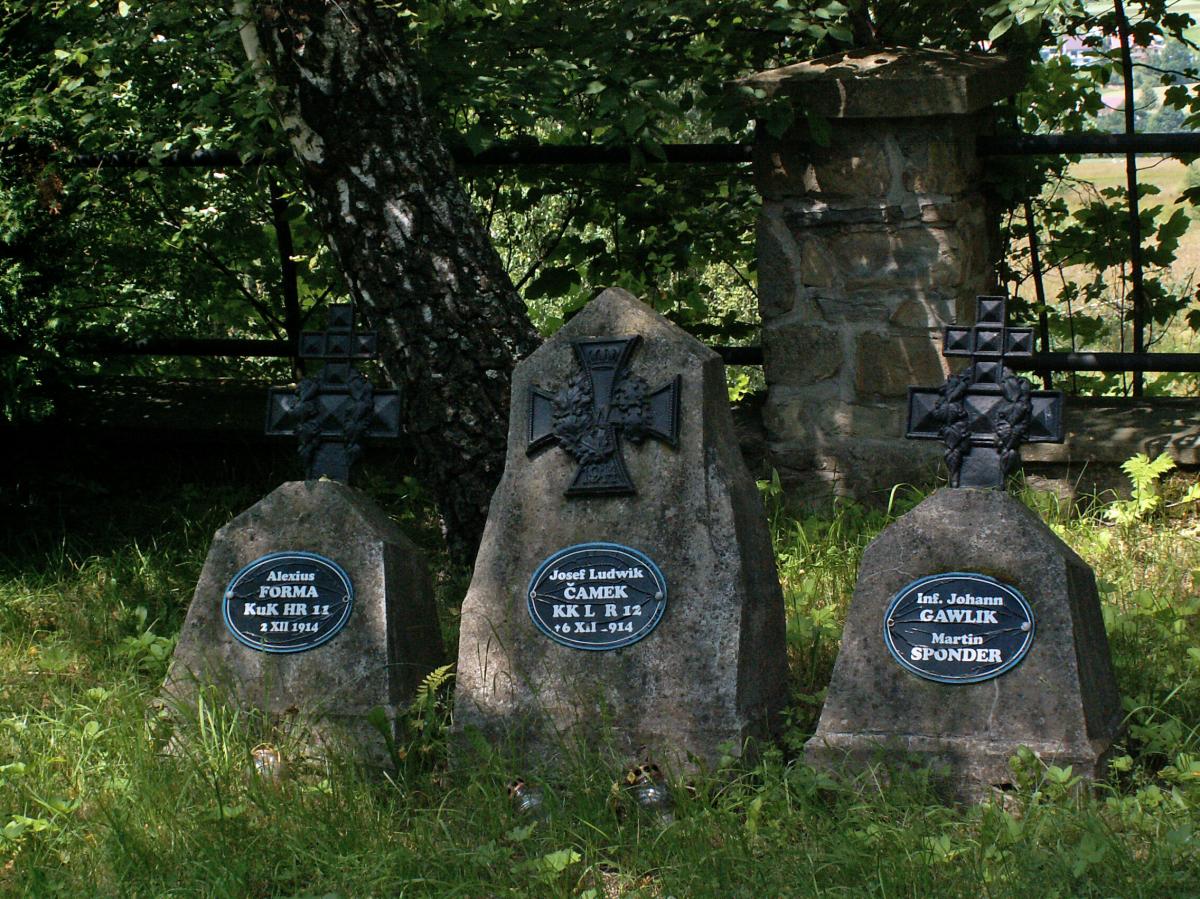 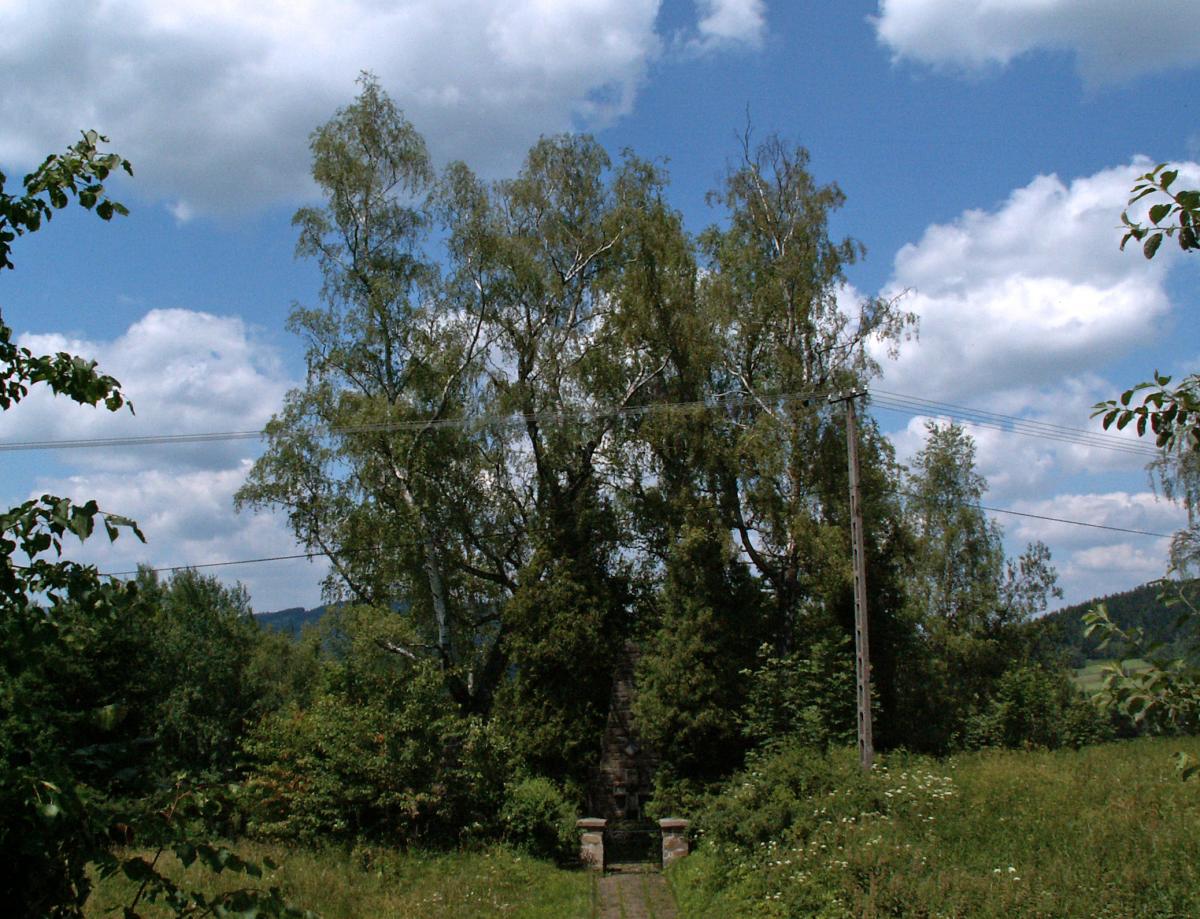 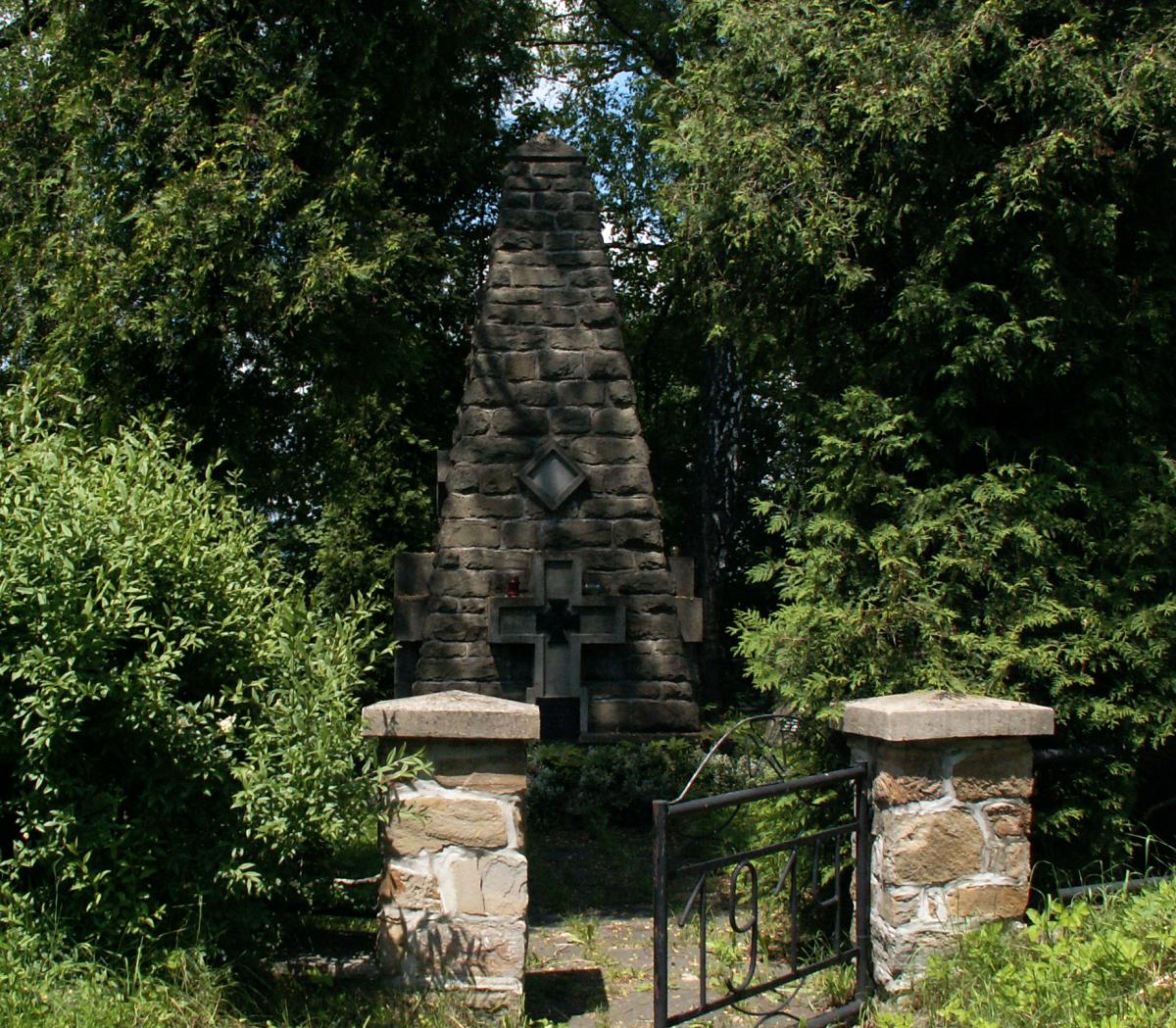