Light the virtual candle
gallery
Edit the description of the cemetery
add photos
number of votes 0
A beautiful cemetery
Return to the main page
War Cemetery No. 371 - Droginia - a war cemetery from the First World War, located in the village of Droginia, in the municipality of MyĹ›lenice in the MyĹ›lenice poviat, in the Lesser Poland voivodship. It belongs to the X (Limanowa) Circle of the Cemetery Graves C and K. Commandant's Office in Krakow. It is one of 400 cemeteries of this branch, of which there are 36 in the Limanowa region. [source: Wikipedia, 2535104]
Location
The cemetery is located at the foot of the Tuleja Hill (392 m) at the western end of the Glichowiec Range on the WiĹ›nickie Foothills. It is located in a forest on an average steep slope. The easiest way to get to it is from the Primary School building in Drogini, a dirt road leading the edge of the forest on the Tuleja hill. The cemetery is located about 200 m from the school building . In the woods above the cemetery there are Skalka in Drogini . [source: Wikipedia, 2535104]
History
The western end of the Glichowiec Range was the westernmost place that Russian General Radko Dmitrieva arrived in November 1914. They were preparing to circulate the Krakow fortress, cut off Silesia, and then go through the Moravian Gate and attack the center of the Austro-Hungarian monarchy. So far, the remains of their trenches have been preserved on the corpse. In order to stop their further march, the Austrians shifted from the Jura area a strike group under the command of General Roth. The soldiers of this army attacked Russian positions almost from the march. On December 1-5, in fierce attacks and at the expense of large losses, they managed to oust the Russians from this area. It was the beginning of the so-called "victory for Austrians" pawanowo-limanowska operation. There was a bayonet fight on the mortuary
The fate of the cemetery
The bodies of soldiers were buried first in makeshift graves, later, when the front moved further east, the Austrians proceeded to build a representative cemetery. Characteristic of the Austrian cemeteries from the First World War is that in one cemetery, both soldiers of their own army, the allied German army and the enemy Russian army were buried, with equal care performing all the tombstones. The main purpose of the cemetery was the Italian and Russian prisoners . The number of soldiers buried here is not exactly known. Based on the surviving data fragments, military data and field studies roughly set to 190. Only part of the surnames were established. It is known, among others a dozen or so names of Polish soldiers from the 214 Stage Battalion of Landturm, an officer of the Russian army named Marian BabiĹ„ski and three Germans from the 218 Reserve Infantry Regiment. The latter died at the end of December, so they were wounded from one of the field hospitals
Description of the cemetery
The cemetery is surrounded by a thick wall of stone. The indoor wall is a concrete roof. The entrance to the cemetery leads through concrete steps through a double-winged iron gate suspended on stone posts. In the wall opposite to the gate is a brick inscription wall crowned with a stone cross. There is an inscription plate with inscriptions in German installed in the wall. Because the cemetery is located on the slope, parallel horizontal terraces were set up, with rows of graves covered with concrete benches. Concrete steles of various shapes were mounted on the graves, topped with cast-iron crosses of three types. These are Austrian-type Maltese crosses, German crosses and Lentarian (Orthodox) crosses. [source: Wikipedia, 2535104]
gallery
⮜⮿⮞
Wikipedia, Self-published work, World War I Cemetery nr 371 in Droginia 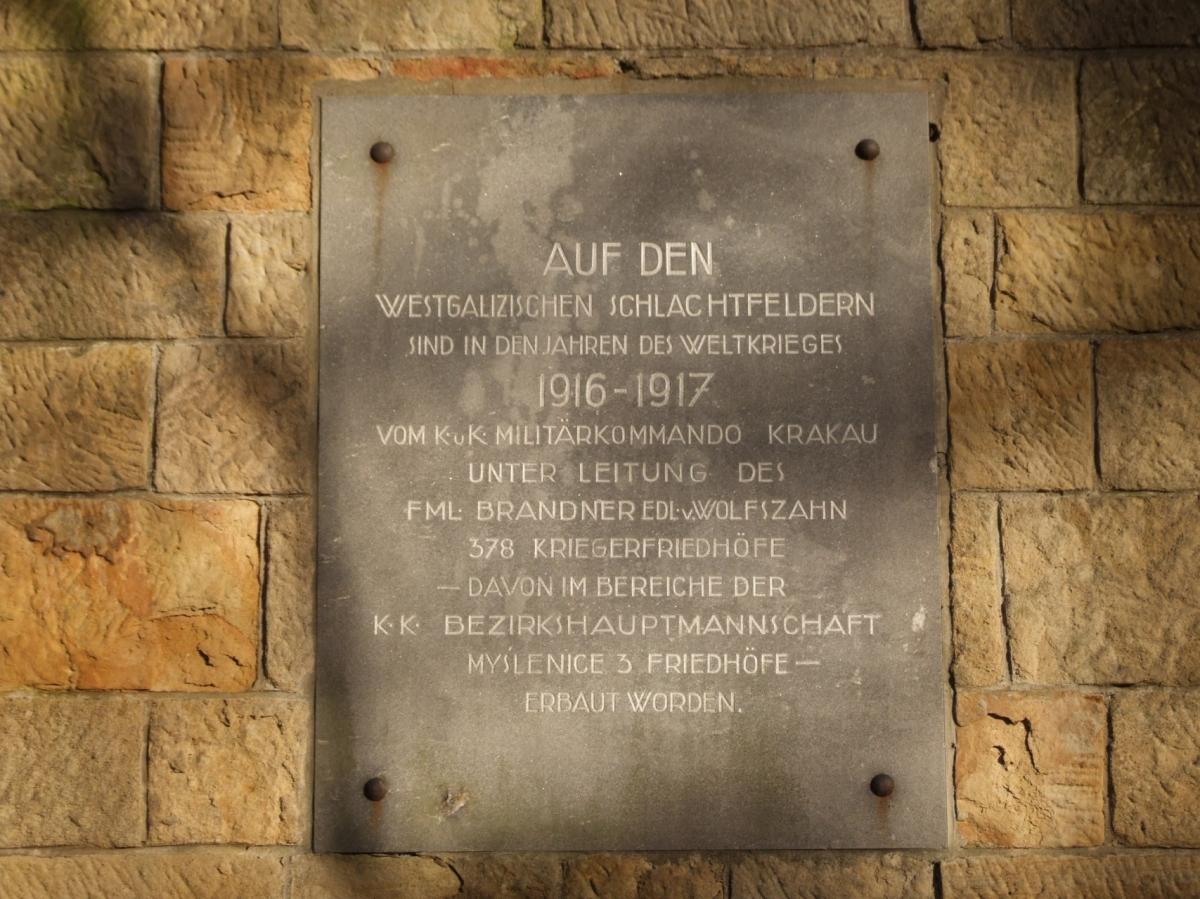 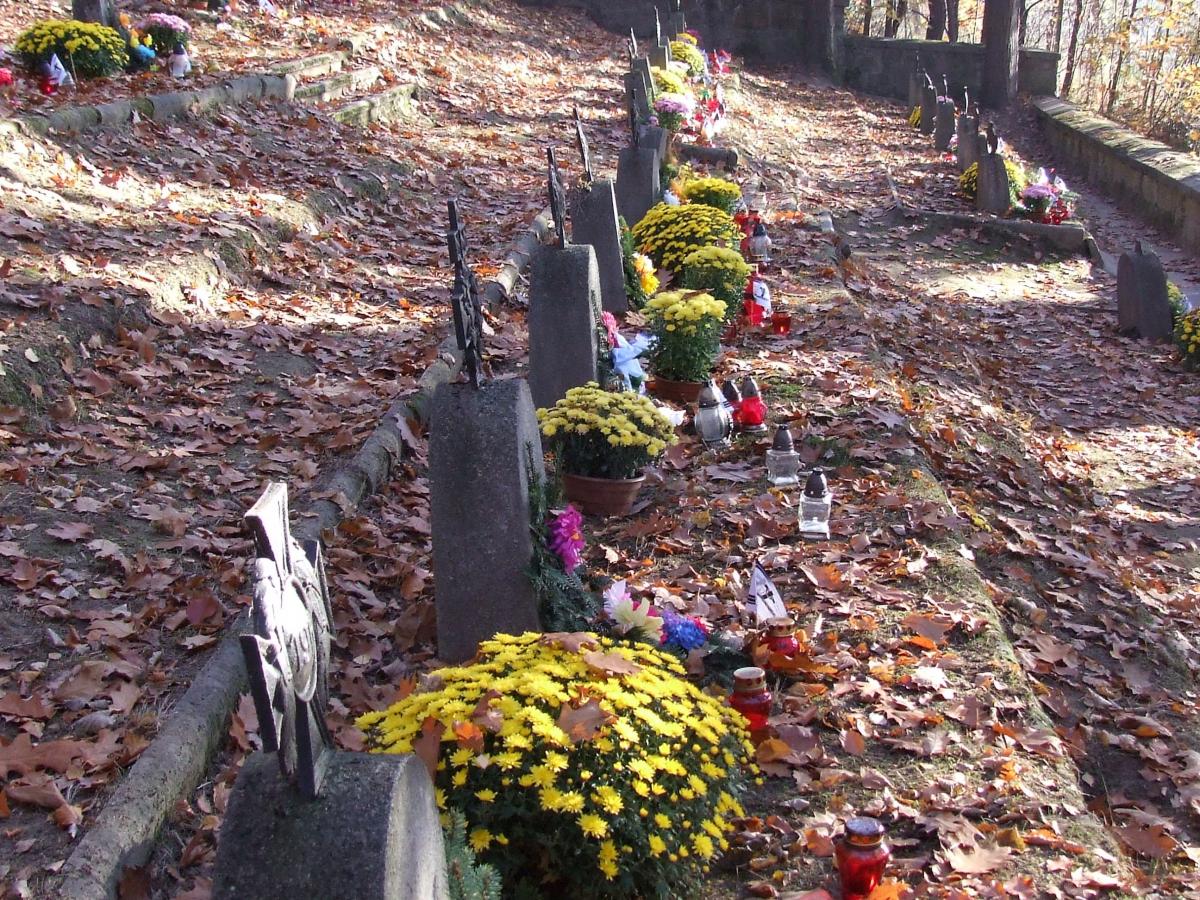 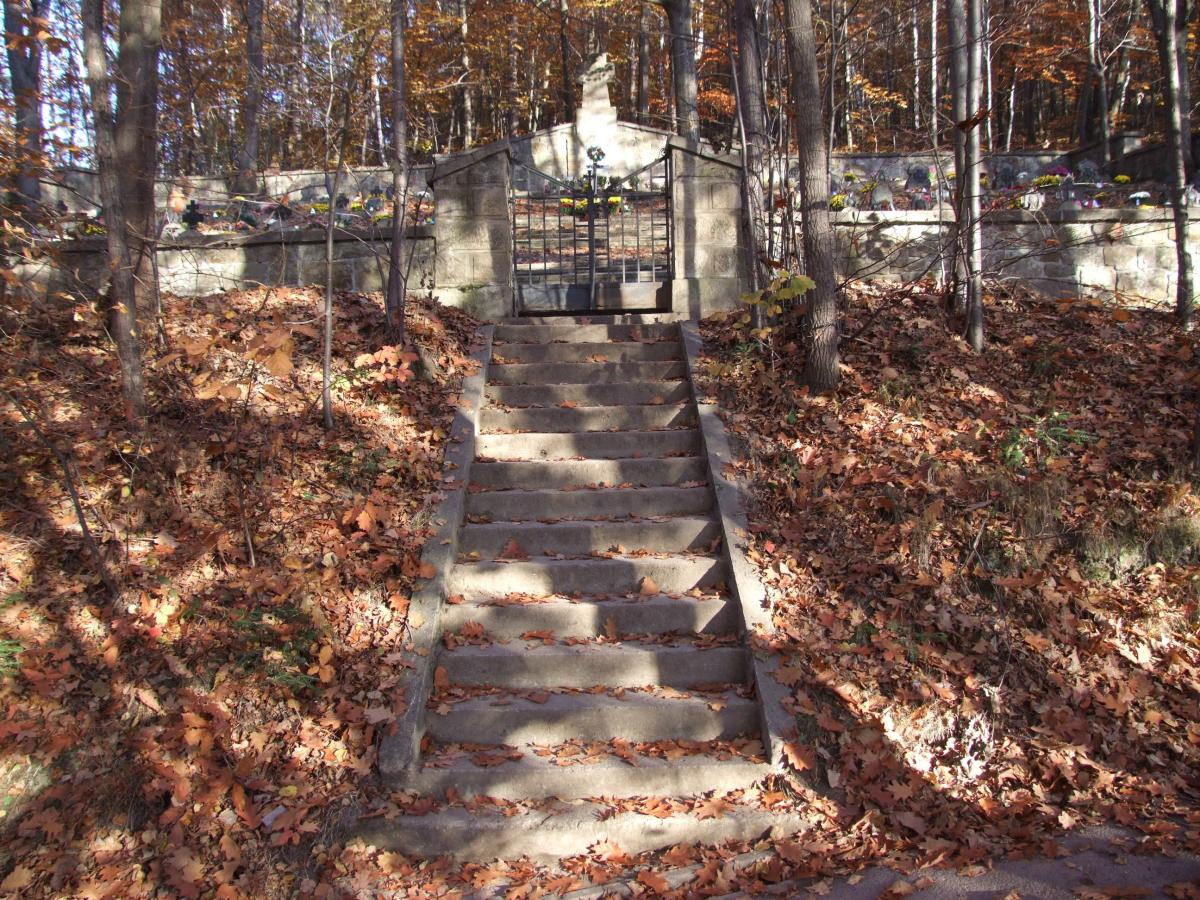 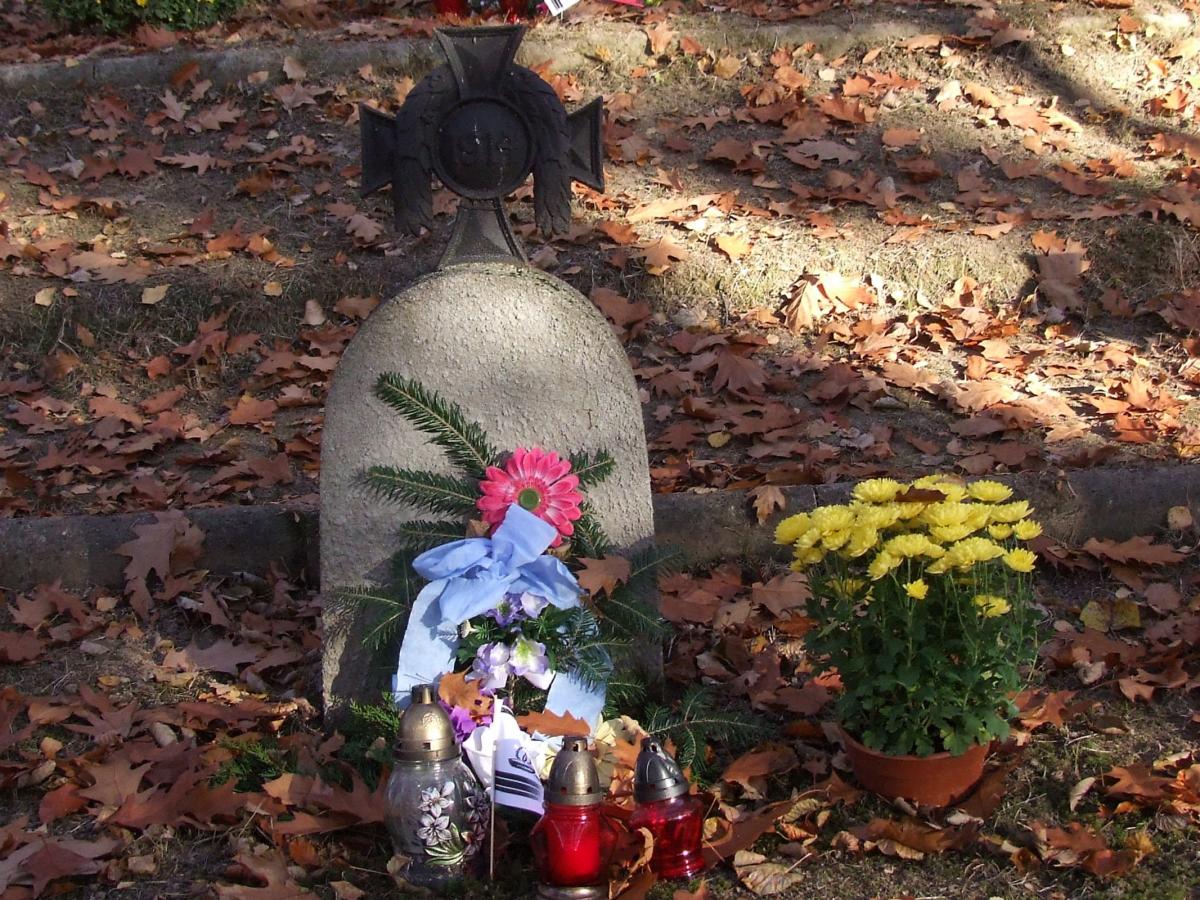 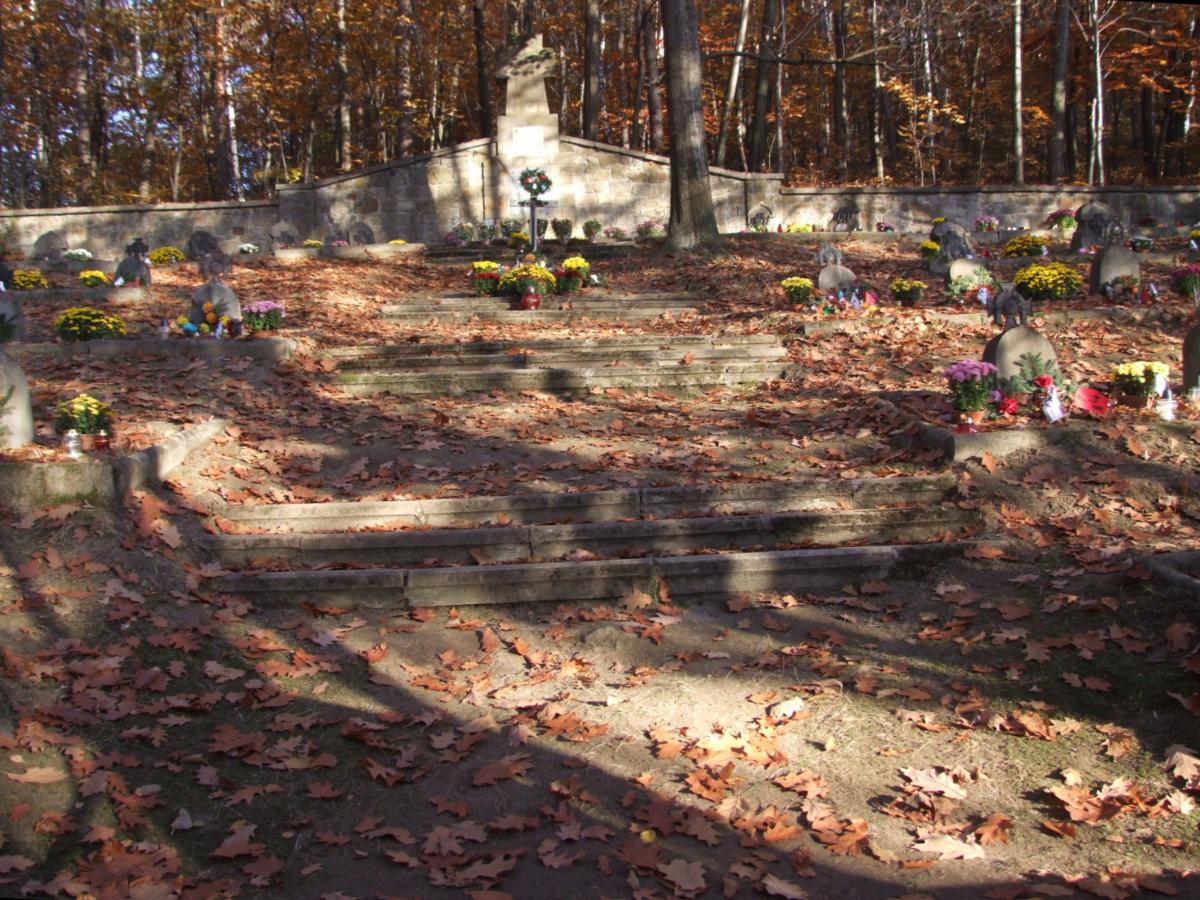 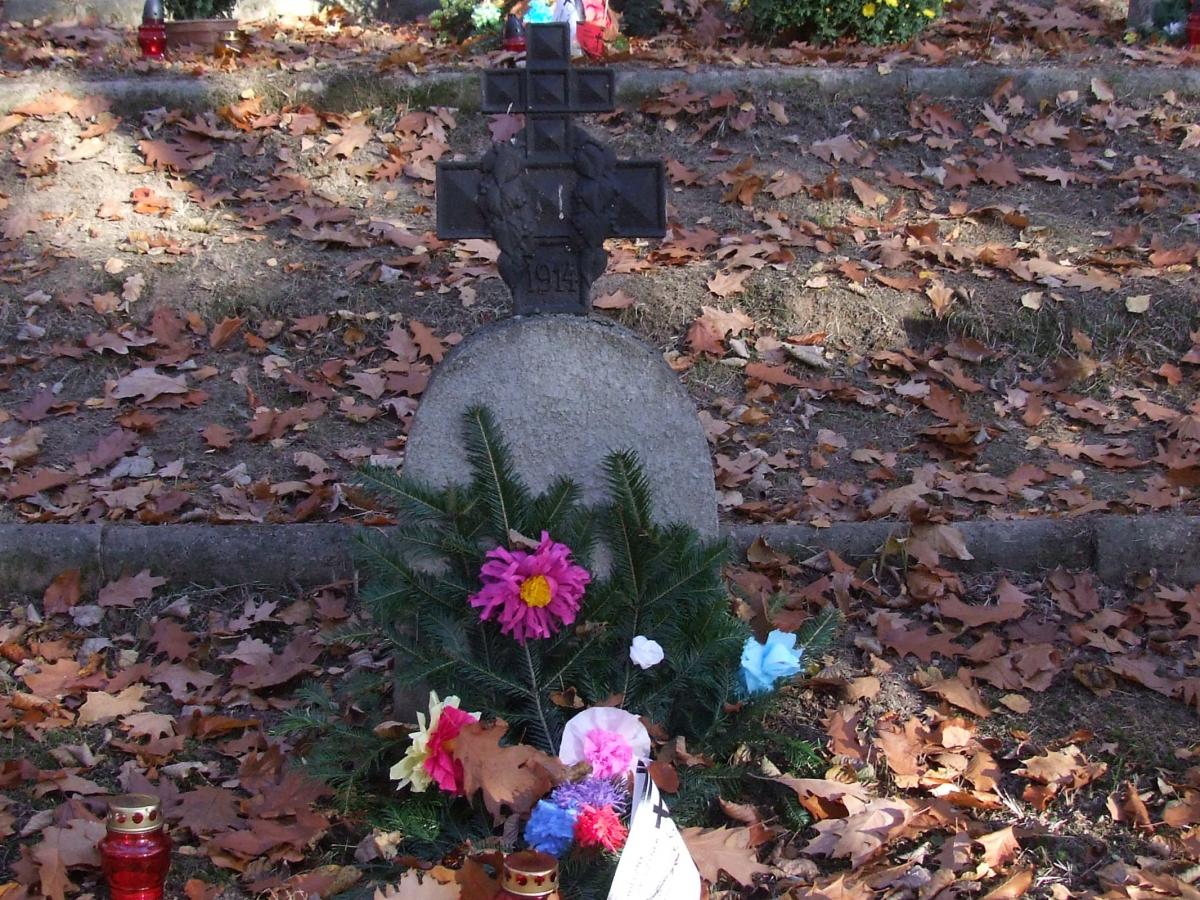 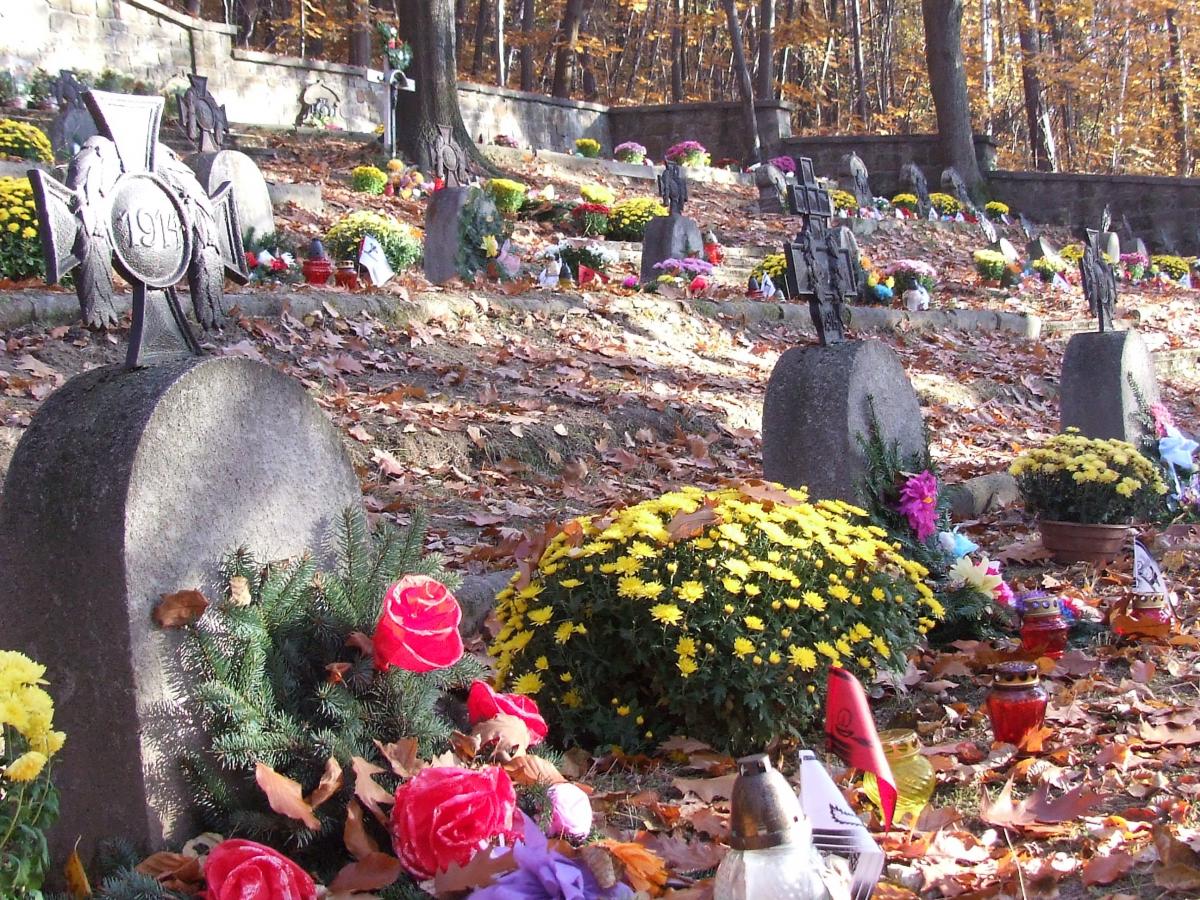 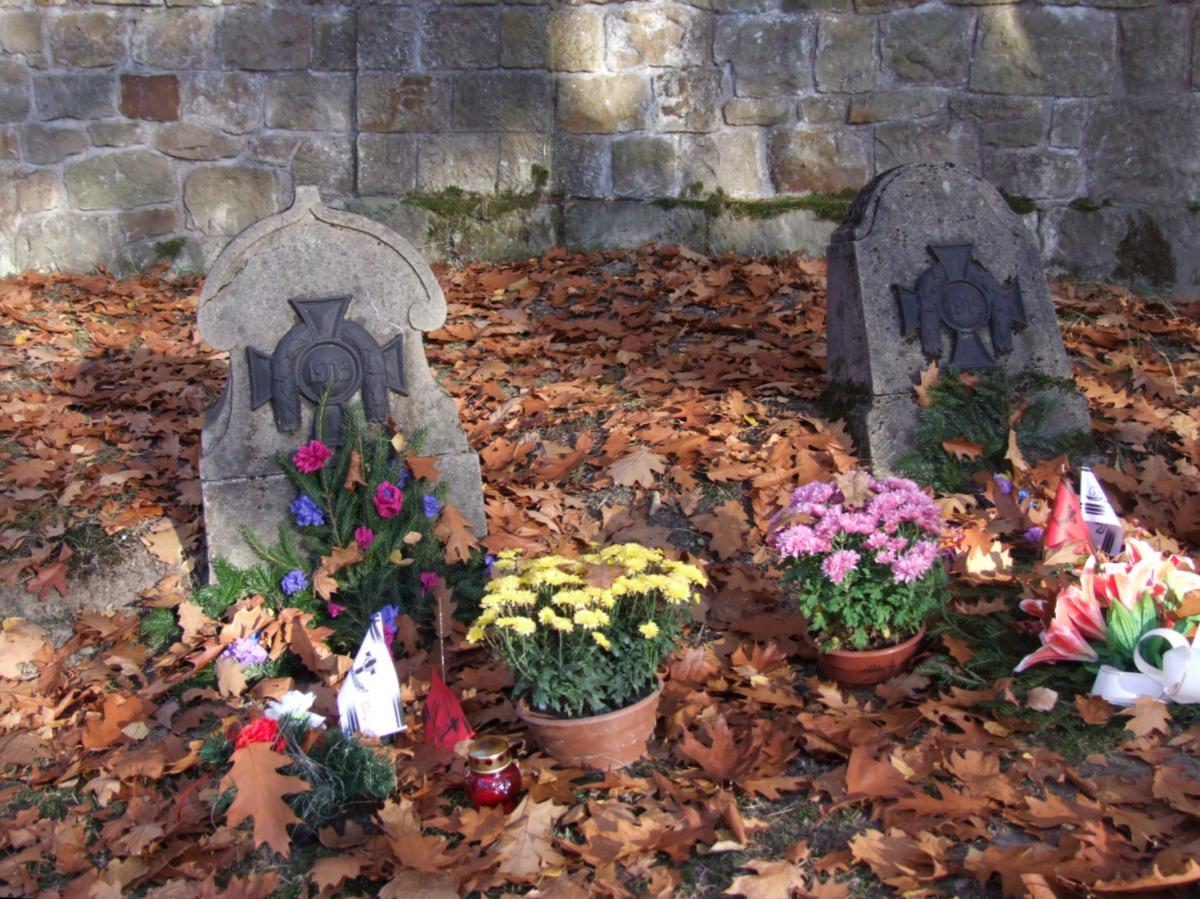